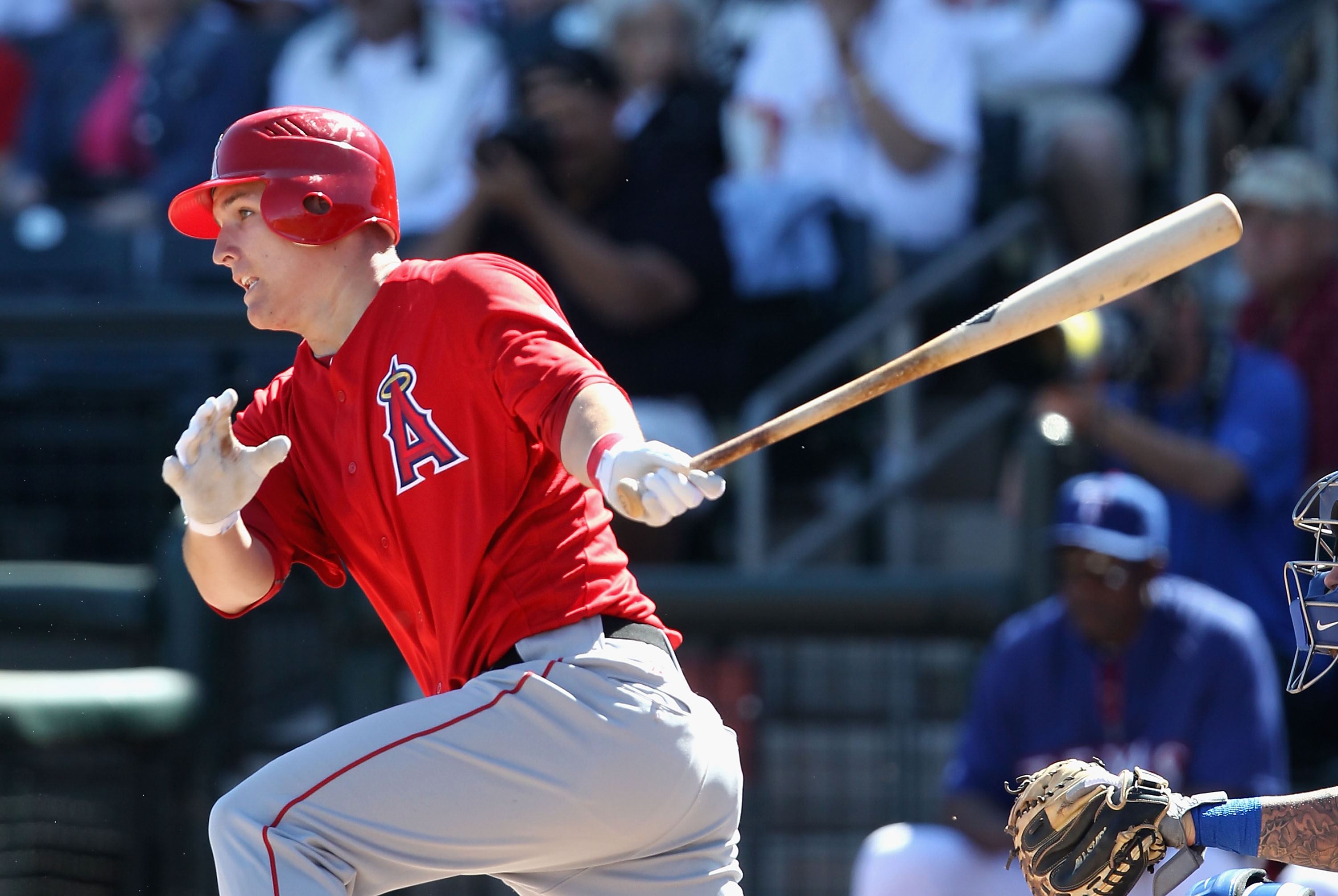 Baseball is all about rebuilding.

With by far the biggest minor league system out of any of the major professional sports, baseball teams are constantly cycling through new players.

All it takes is a slow start to the season. If teams find themselves out of contention early, it's not uncommon to see them dump big contracts and look towards the farm system and the future.

So, to fully have a grasp on where your team is headed, it is important to keep an eye on the minor leagues and the top prospects.

Let's take a look at the young guns that can eventually help rebuild some of the teams in the AL West.

Also, I'll just do it by position, as opposed to ranking them in order. A prospect all-star team, if you will. 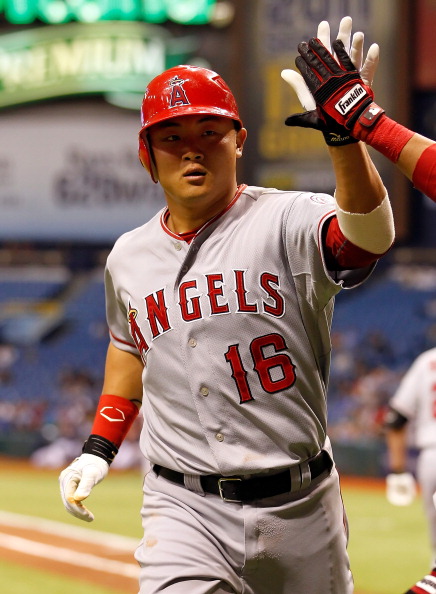 Where he's at: He started the season with the Angels and is coming off the bench until further notice. He's started three games and homered in his first one.

Overview: He was the MVP at the 2010 Futures game. Conger proved he can hit for average as he hit around .300 at every minor league level. His power is limited and his defense is suspect, but his extremely good eye (55:58 walks:strikeout in AAA last year) should help vault him into a starting role at catcher or first base in the near future. 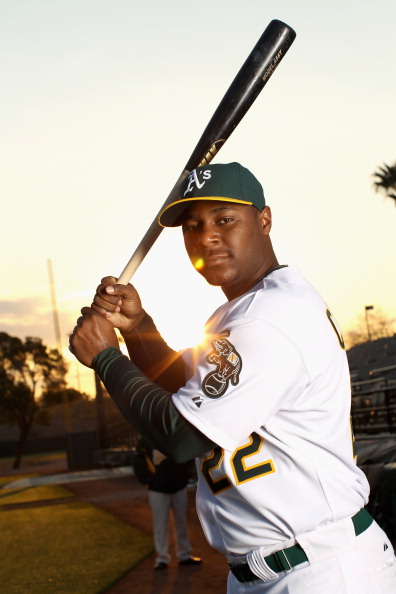 After hitting 38 home runs at AAA last year, he got a call-up to the A's in August, but didn't quite impress. He's back at Sacramento and figures to be called up again sometime soon if he continues to dominate minor league pitching.

He hasn't been able to hit for a good average at AAA, but has displayed lots of power. He figures to be that type of player in the big leagues - a Jack Cust type player at worst-case scenario, and a Prince Fielder lite at best-case.

Prospect Grade: B+ but it's on the way down if he struggles again. 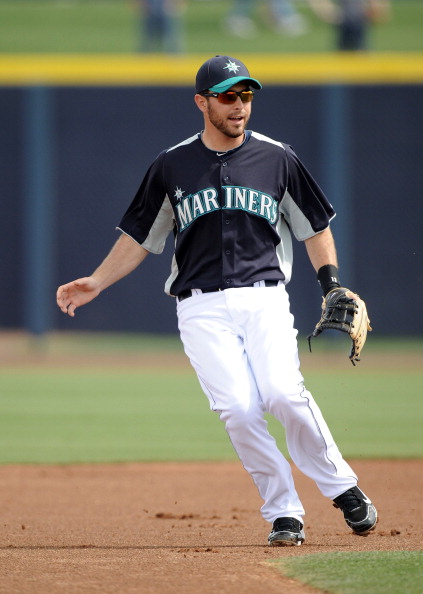 After being drafted second behind a guy named Stephen Strasburg in 2009, Ackley has slowly worked his way up to AAA, where he has started the season. Unless he goes through a prolonged slump, he should be called up to the Mariners in June or July.

He hasn't shown the power that some people hoped he would have, but he has the type of plate discipline that could win him a batting title at some point in his career. He speed is above average and his defense, while not great, is steadily improving. Ackley looks to be a fixture at the top of the Mariners lineup for years to come.

Prospect Grade: A- because he still hasn't quite lived up to second pick potential. 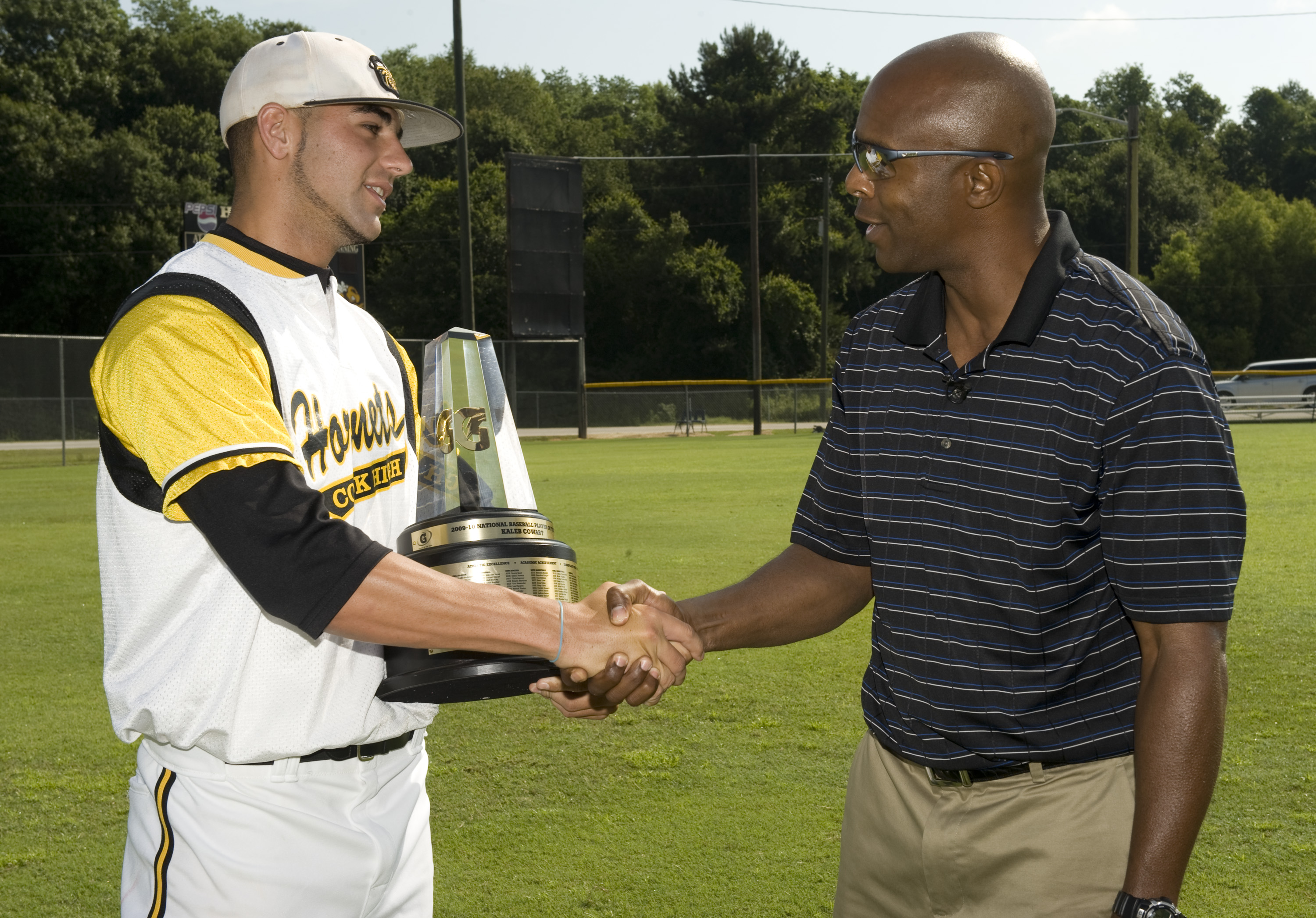 Cowart will begin the season playing rookie ball, but it shouldn't be long before he's moved up to Single-A.

Cowart won the Baseball Gatorade High School Player of the Year in 2010, joining players such as Alex Rodriguez, Zach Greinke, Justin Upton and Clayton Kershaw to win the award. He was drafted 18th by the Angels. Cowart dominated as both a pitcher and a hitter in High School, but he has strictly played third base in the minors.

He is a switch hitter who has been described as having good power from both sides. Being a pitcher who at times hit 90 MPH, he has a good arm over at third base, but his speed is limited. He won't get to the majors before some of the other third base prospects in the West, but he is extremely young and gifted. Look for him to make splash around 2013. 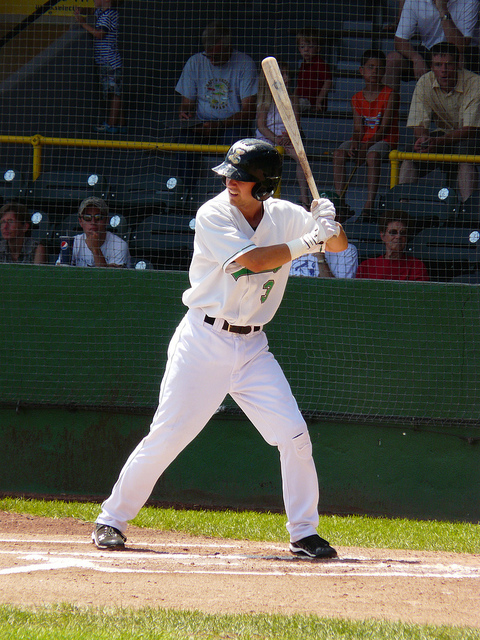 Franklin made it to Double-A last year for one game, but is starting this year playing High-A ball with the High Desert Mavericks.

Overview: After being drafted in the first round in 2009, Franklin broke out in 2010 by hitting .281 with 23 home runs for Single-A Clinton. Baseball America ranks him as the 53rd best prospect, and third in the Mariners organization. If he is going to continue his pace towards the majors, he will need to improve his plate discipline, as he struck out 123 times in 513 plate appearances last year. He has good speed, but needs to work on his defense. A call-up to majors mid-2012 isn't out of the question, which would be very impressive.

Prospect Grade: B and moving upwards 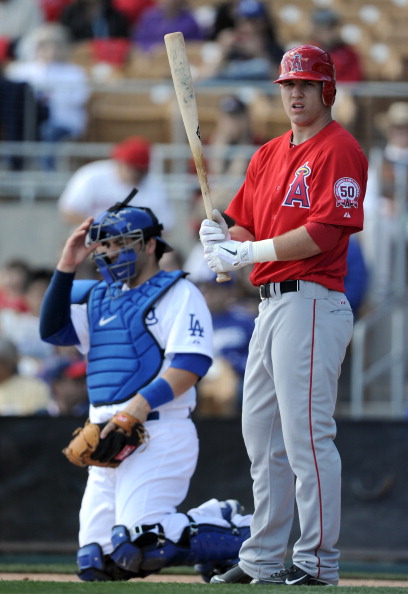 After tearing up Single-A last year, he's starting the season playing for the Arkansas Travelers at Double-A. It wouldn't be a surprise to see him end the year at Triple-A.

Overview: Baseball America has him as their number two overall prospect, and it looks like he might reach the majors before his 21st birthday.

Trout looks like the whole package. He has terrific plate discipline, good bat speed, power and speed. His arm is the only thing that prevents him from being a true five-star player. According to Baseball Prospectus, his baseball aptitude is unheard of for a teenager. Essentially, he has fun playing the game, and he plays it well. Baseball Prospectus has his ceiling at a better hitting Grady Sizemore, without the injuries. 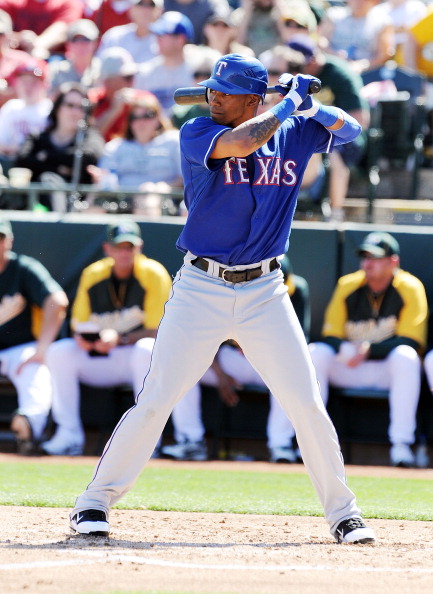 He's starting the year at Double-A, where he spent about half the season last year. A trip to Triple-A this year isn't out of the question.

He doesn't have much power, but he will hit for a good average. His speed is average, but where he is most effective is on defense. He is probably the best defensive prospect for the Rangers and easily has the best arm. He's a center fielder all the way.

Beltre projects as a near the end of the lineup type hitter, who will be terrific in the outfield. While he won't blow anyone away, he should make it the majors at a young age and be another good young contributor for this team. 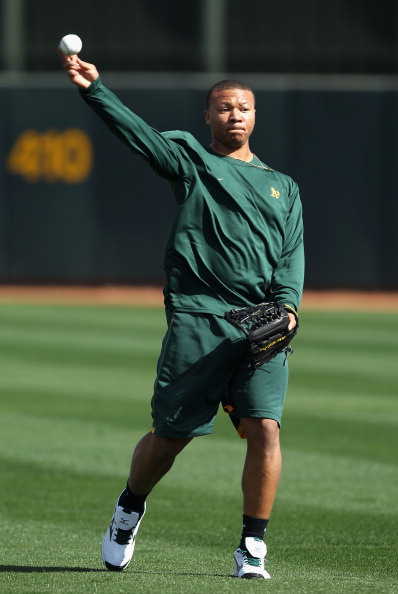 Choice was taken as the 10th pick in the 2010 draft, and the word that seems to describe his best is "raw." He is strong and athletic and could hit a lot of homers, but his swing needs some work. There seems to be a general consensus that his swing is too "herky-jerky" and he strikes out too much.

Experience is probably key for Choice, so it may take him a while to get to the majors. But when he does get there, he has the tools to be an above-average player. 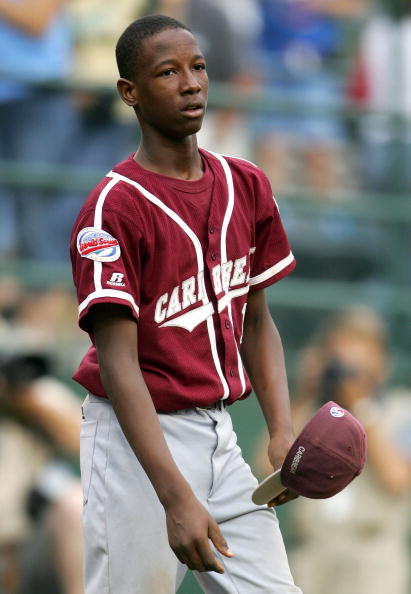 Age: 18 (Barely older than what he is in this picture)

He'll start the year playing A ball for the Hickory Crawdads.

He's still young, but he is talented. He has plate discipline that puts him light years ahead of his age with average power. He has good speed and should steal a lot of bases. His defense is average, but he has a terrific arm. Think of this position as more of an honorable mention rather than DH.

He is a "toolsy athlete with plus baseball instincts and a good combo of polish and projection," says one scout.

He should be starting for the Rangers by 2014. 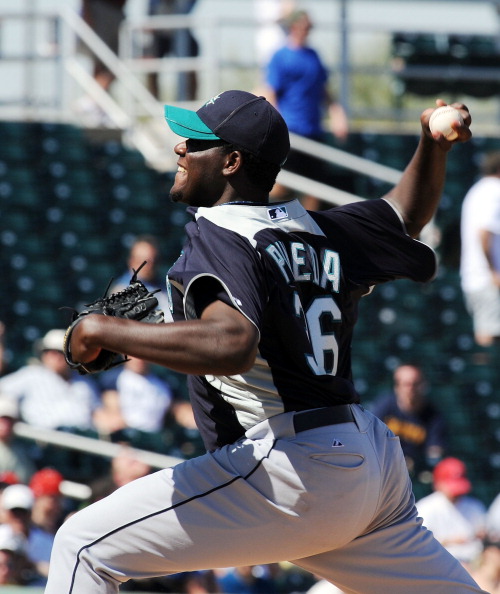 You may have heard of him already. He's starting for the Seattle Mariners, and has a good shot at rookie of the year.

Pineda has a terrific fastball, a good slider and a decent change-up. He looked good in his first major league start against the hottest team in baseball, and seems primed for a good rookie campaign. If he can stay healthy, he's a future number 2 starter behind Felix Hernandez. 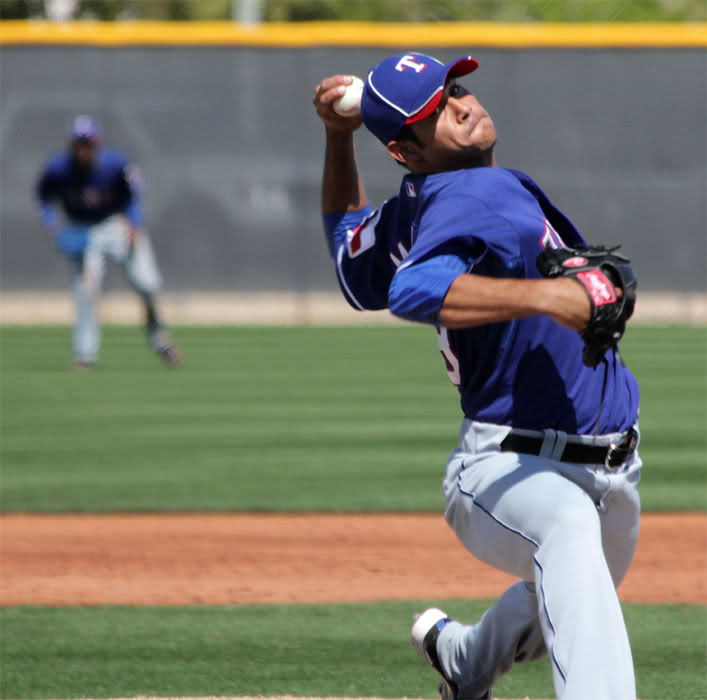 After spending all of last year at Double-A, he'll start this year there, as well.

After a terrific 2009, Perez was moving up everyone's prospect lists. He had a forgettable year last year, however, as he went 5-8 with a 5.96 ERA and 1.68 WHIP at Double-A. To be fair, he was young for the Texas League at only 19, but he desperately needs to improve this year.

He can still blow people away, however, as had a K/9 of 9.1 last year. He has a good fastball and changeup, and a developing curve-ball. While Perez may be on the way down after last year, he still has the talent to be in the majors sometime in the next two years. 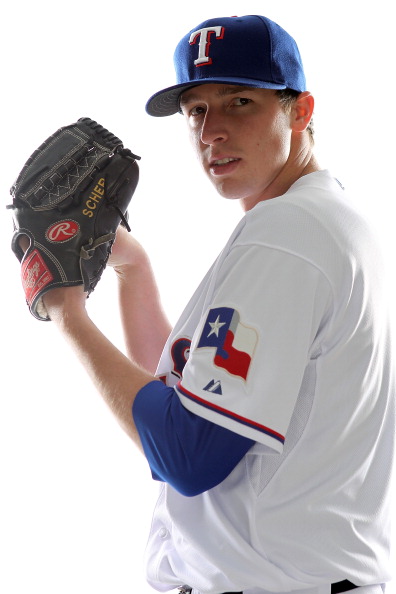 He was dominant as a reliever last year at Double-A, but then produced mixed results as both a reliever and starter at Triple-A. He's got electric stuff, but can be wildly inconsistent. He will probably end up being a front-of-the-rotation type starter, but my guess is that Texas brings him up to be a seventh or eighth inning guy later this year. 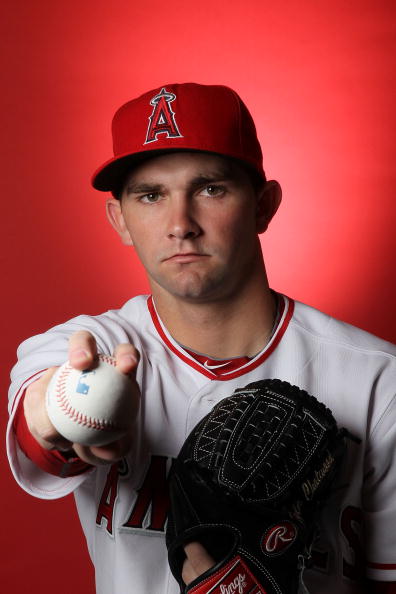 He's started the year at Triple-A but pitched just one inning before being recalled by the Angels. He'll make his major league debut tonight against the Indians.

He's only made two starts above Double-A including that one-inning stint, but the Angels seem to think that he's ready. He has displayed pretty bad ratios in the minors, as he has had trouble keeping the ball in the zone. He has a good fastball and a great curve-ball, and he will be at his best if he can force a lot of ground balls. 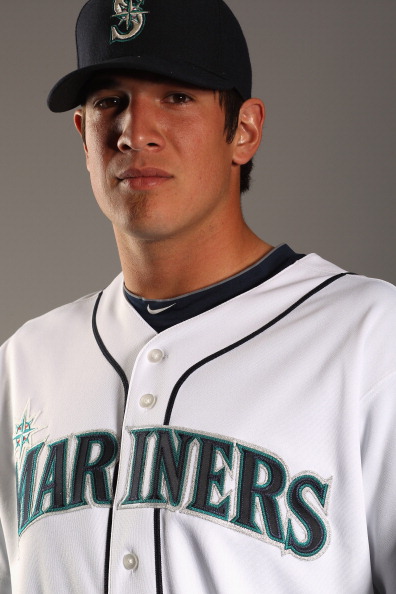 Cortes just missed making the team out of Spring, so he'll start the year at Triple-A.

Cortes was able to get a little work in with the Mariners late last year, and looked pretty good. He is a big guy, listed at 6'6/215. He throws hard, with his fastball sometimes hitting the upper 90s. His curve-ball is inconsistent, but when it's on, he is tough to hit. He is certainly a work in progress, but with the Mariners' struggles, a call up in June or July is not out of the question. 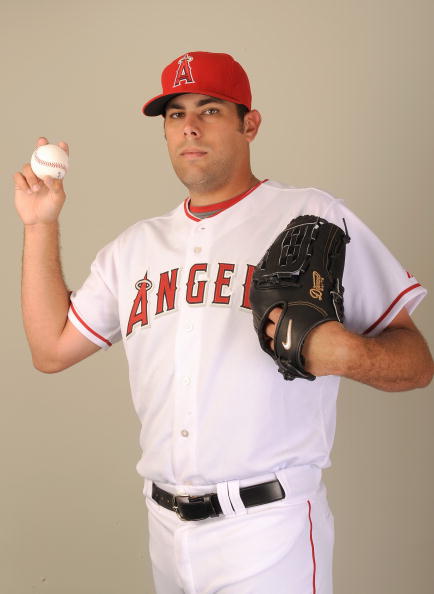 He was just named the closer for the Angels.

Walden has some nasty stuff. His fastball can hit 100 and he's struck out 30 in just 20.2 innings at the major league level. He still hasn't allowed a run this year for the Halos, and it looks like he's settling in nicely as the new closer. He may be this year's Neftali Feliz. 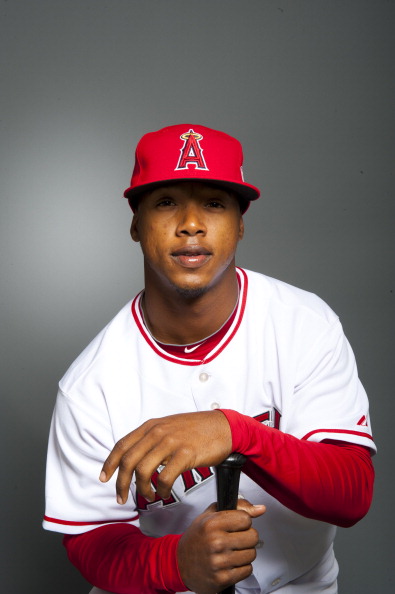 Here are some more prospects who should still have a healthy career in the majors.

Note: Alexi Ogando (TEX) and Tyson Ross (OAK) were on the list as well, but I only included players who were eligible as rookies this year.