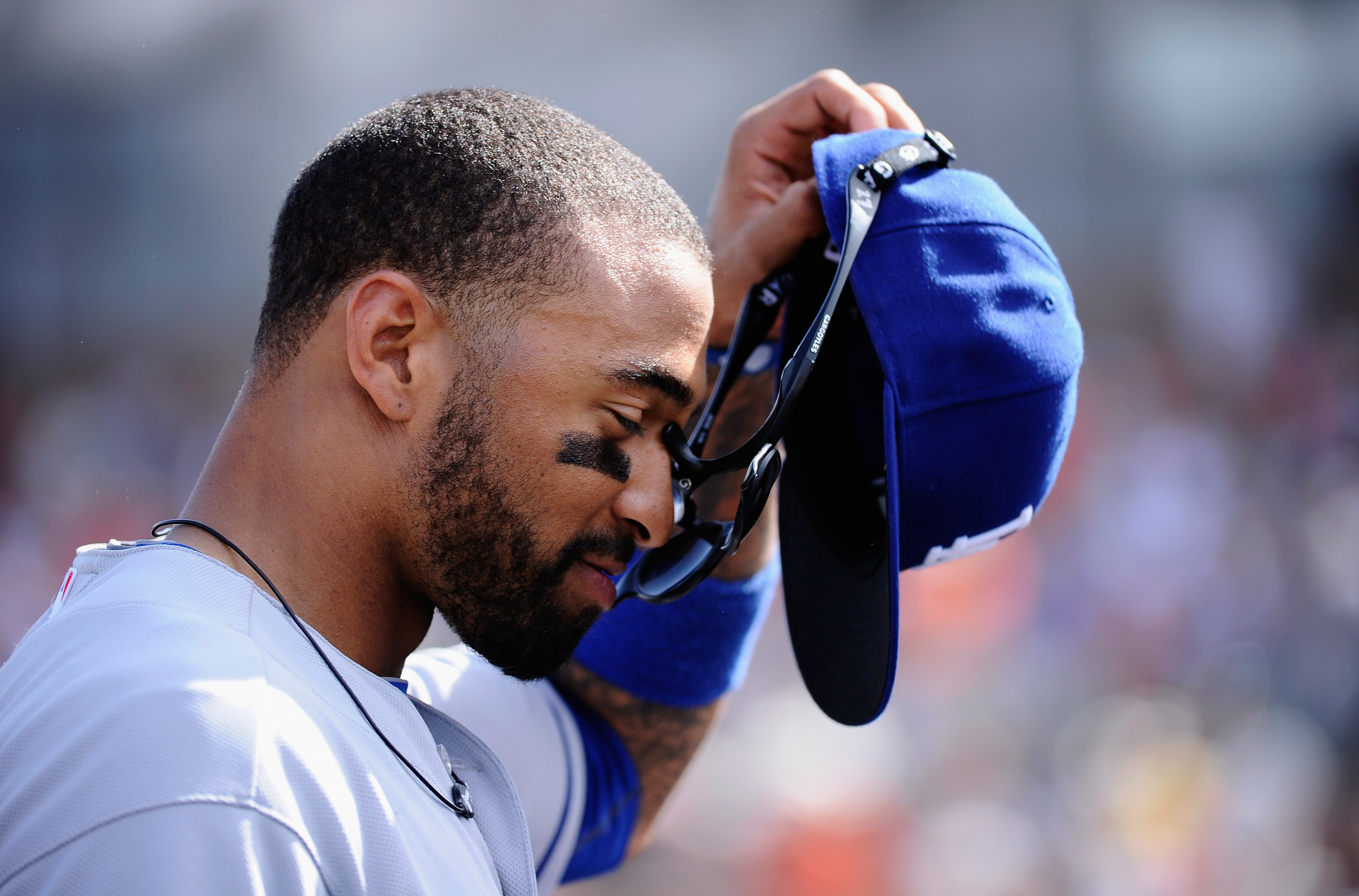 When many teams around MLB contact the Los Angeles Dodgers front office about the possibility of a prospective trade, the first player usually brought up in any conversation is outfielder Matt Kemp.

In the weeks prior to the trade deadline last season, Dodgers general manager Ned Colletti was adamant that Kemp wasn't available for trade, but that didn't stop other teams from inquiring. It could be a different story this year. Kemp's current contract expires at the end of this season, and owner Frank McCourt may very well base the decision to retain Kemp on his production during the first half of the 2011 campaign.

If Kemp isn't extended for more than two years, he will become a free agent for the first time after the 2013 season. Considering he will earn $6.95 million this year, his salary demands could easily reach eight figures as he enters his final year of pre-arbitration.

Like many of his teammates, Kemp's 2010 statistics saw a significant decline from his Silver Slugger and Gold Glove year in 2009. Despite the fall in production, we already examined why many expect Kemp to significantly improve in 2011 here.

The following slides show seven teams that may pursue Matt Kemp in the months leading to the 2011 trade deadline, and even if the Dodgers decide that Kemp's best future is in Los Angeles, Colletti will once again find himself in a position of entertaining dozens of phone calls before July 31. 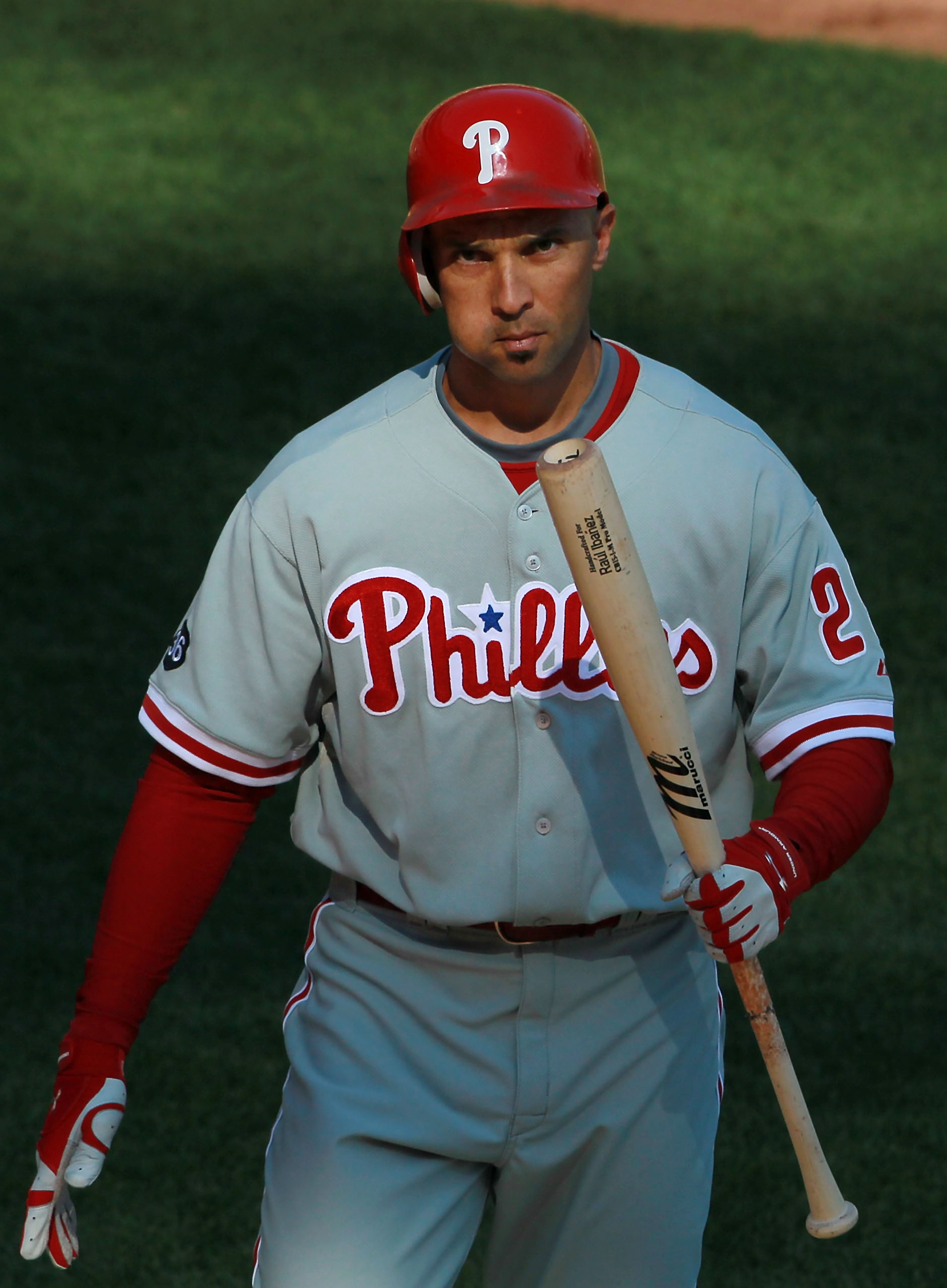 It's difficult to imagine the Philadelphia Phillies increasing payroll by any significant extent, however general manager Ruben Amaro Jr. has done crazier things.

Shane Victorino is easily among the most solid center fielders in the game, but the right-handed bat of Jayson Werth in the middle of the Phils lineup will be noticeably missed. Ben Francisco looks to open the year as the starting right fielder while rookie Domonic Brown mends a broken right hand. Still, as high as the expectations are set for Brown, it's tough to guess any type of production over the course of a full season.

The power numbers of Raul Ibanez are on the decline at 38 years of age, which is evident of his 16 home runs last year compared to 34 in 2009.

Kemp has the ability to play all three outfield positions, and could easily slot into the fifth or sixth spot in the Phillies batting order.

It's hard to say what type of deal may open the eyes of Ned Colletti, but considering that the Dodgers are extremely weak in the catching department, perhaps a package offer involving catcher Sebastian Valle or outfielder Jonathan Singleton may get the ball rolling. 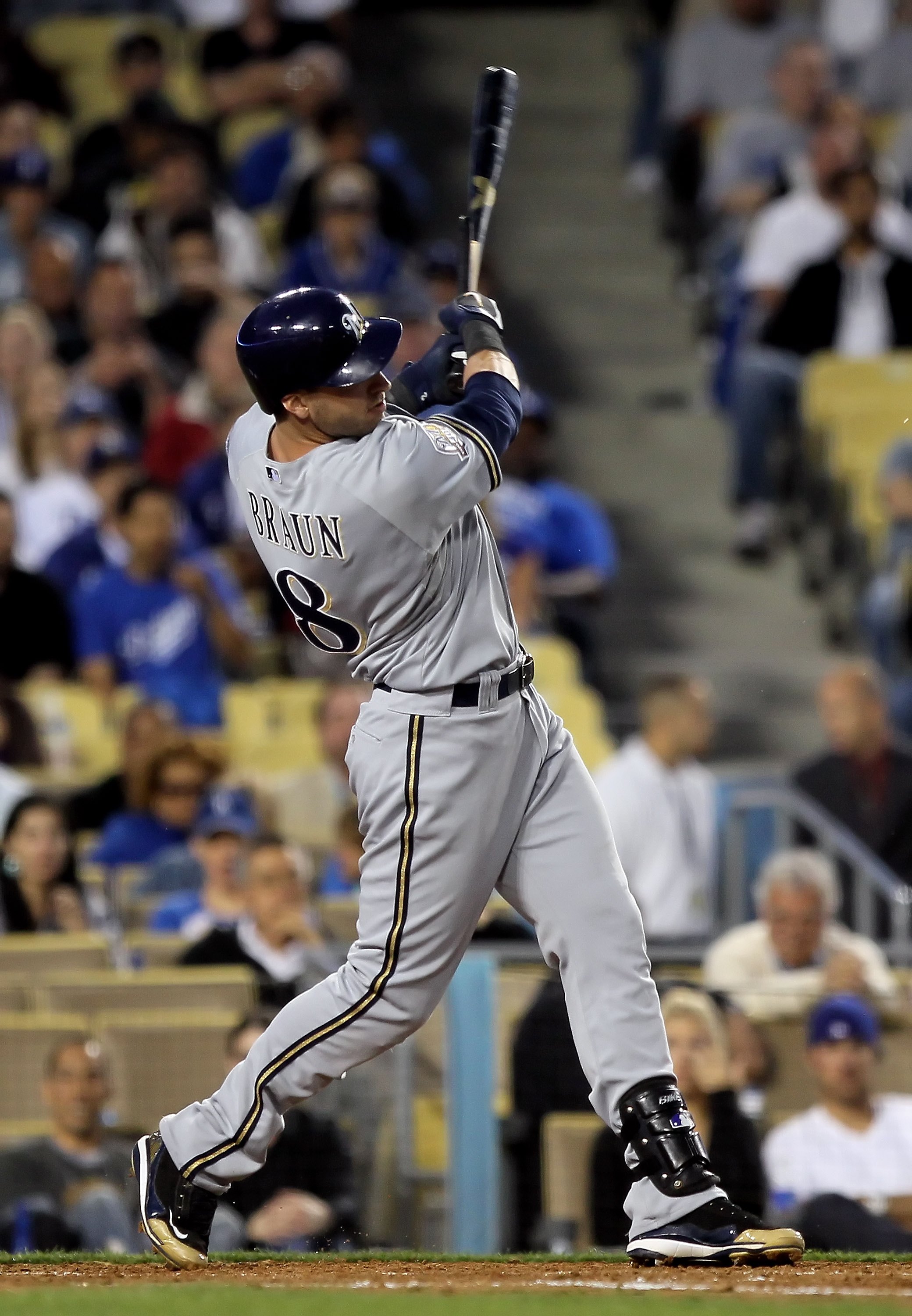 After Lorenzo Cain was dealt to the Kansas City Royals in the Zack Greinke trade, Carlos Gomez will likely assume the starting center field spot, and could be one of the more noticeable weaknesses in the Brewers lineup.

An outfield of Ryan Braun, Matt Kemp and Corey Hart could easily be considered the strongest in the entire game. The addition of Greinke shows that Milwaukee is serious about making a run to the playoffs, and the gain of another top-caliber outfielder would surely put the Brew Crew in the mix.

With a major lack of a third base prospects on the farm, and with Casey Blake turning 38 years old before season's end, the Dodgers would surely be intrigued by an offer involving infielder Casey McGehee.

As likely as the Brewers are to shut down talks at the mention of McGehee, perhaps Colletti would find a multiple-player deal involving any one of Mark Rogers, Scooter Gennett, Kentrail Davis or Eric Farris interesting. 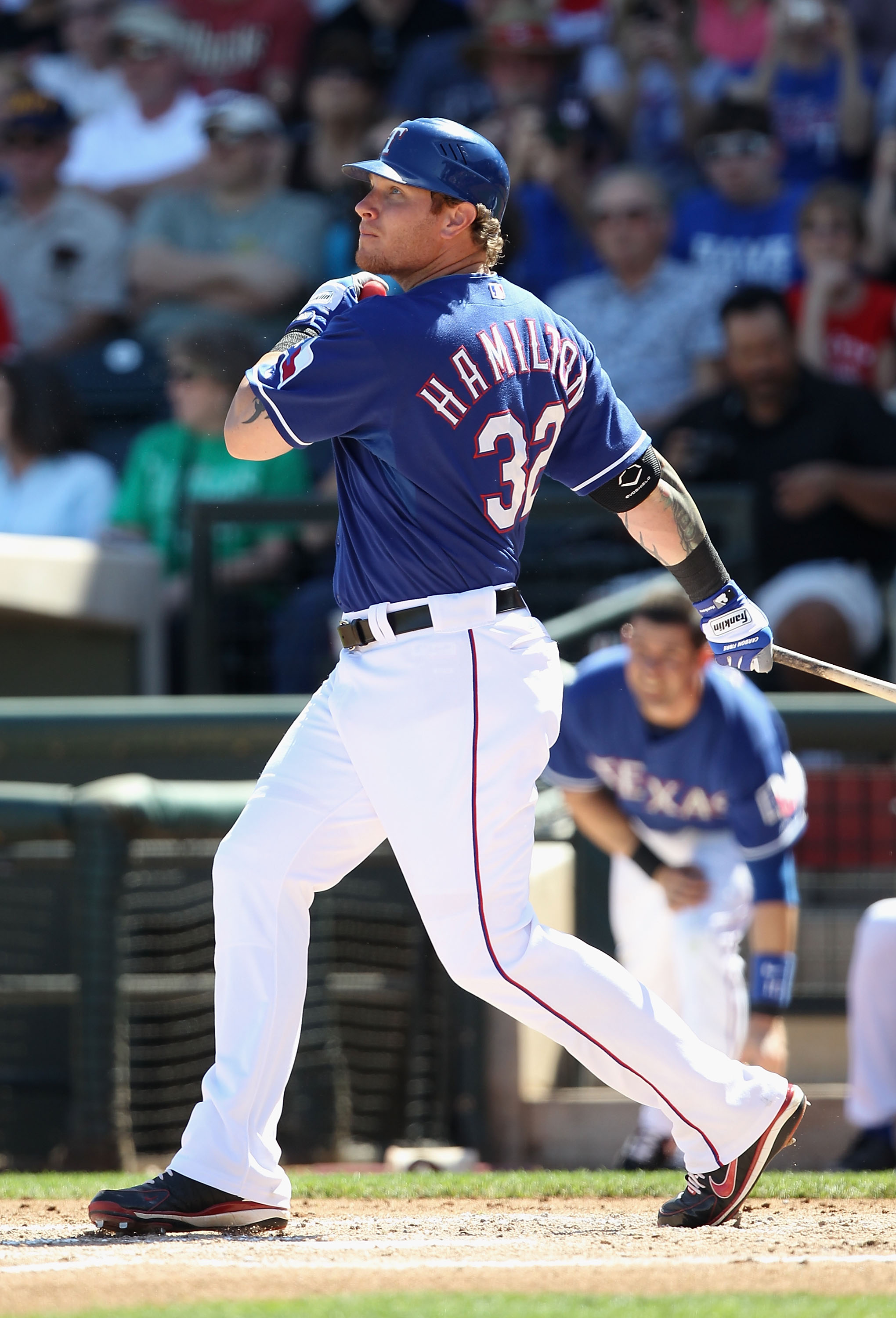 While the Rangers would be most likely to boost their starting pitching department as the trade deadline approaches, a move to solidify their outfield may not be out of the question.

On paper, the signing of Adrian Beltre remedies the loss of Vladimir Guerrero from an offensive perspective. However, one glaring weakness in the Rangers lineup is at the center field position.

Julio Borbon is strong defensively, but his skills at the plate are still developing.

An outfield consisting of Josh Hamilton, Matt Kemp and Nelson Cruz could easily be considered as one of the best in the American League.

The Dodgers have already indicated that they're not interested in Michael Young, however a package deal involving infielder Mike Olt or pitcher Martin Perez could spark the interest of Colletti. 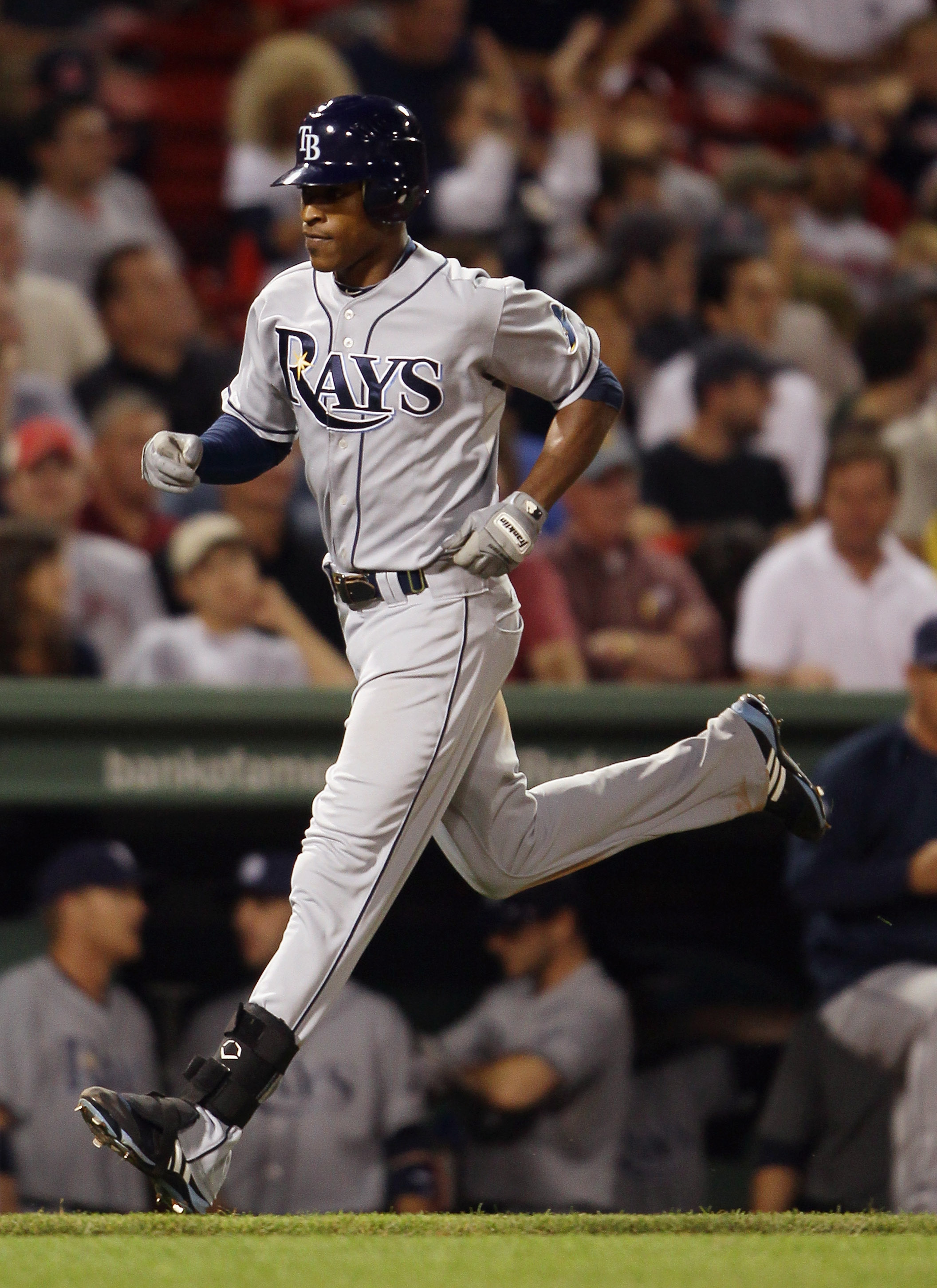 It's speculated that the Rays may look towards boosting their bullpen as the season progresses, but depending on how the outfield performs up until the All-Star break, a trade involving a high-profile outfielder may not be out of the question.

First, there's Manny Ramirez and Johnny Damon. While Ramirez is expected to see most of his action at DH, Damon could be penciled in as the everyday left fielder. B.J. Upton, who is perennially involved in trade rumors, anchors the outfield in center, and Ben Zobrist could see a significant amount of time in right.

Rookie Desmond Jennings may earn his way into the starting outfield eventually, however his decline offensively at Triple-A Durham is still a concern with Tampa Bay.

Adding Kemp to the mix would strengthen the Rays offensive production immediately, and a reunion between Ramirez and Kemp in the middle of the Tampa batting order could prove to pay dividends.

As for players who may intrigue Colletti, Jeremy Hellickson could spark interest as Hiroki Kuroda's future with the Dodgers is uncertain after 2011 and they may have a need for a fourth or fifth starter somewhere down the road. 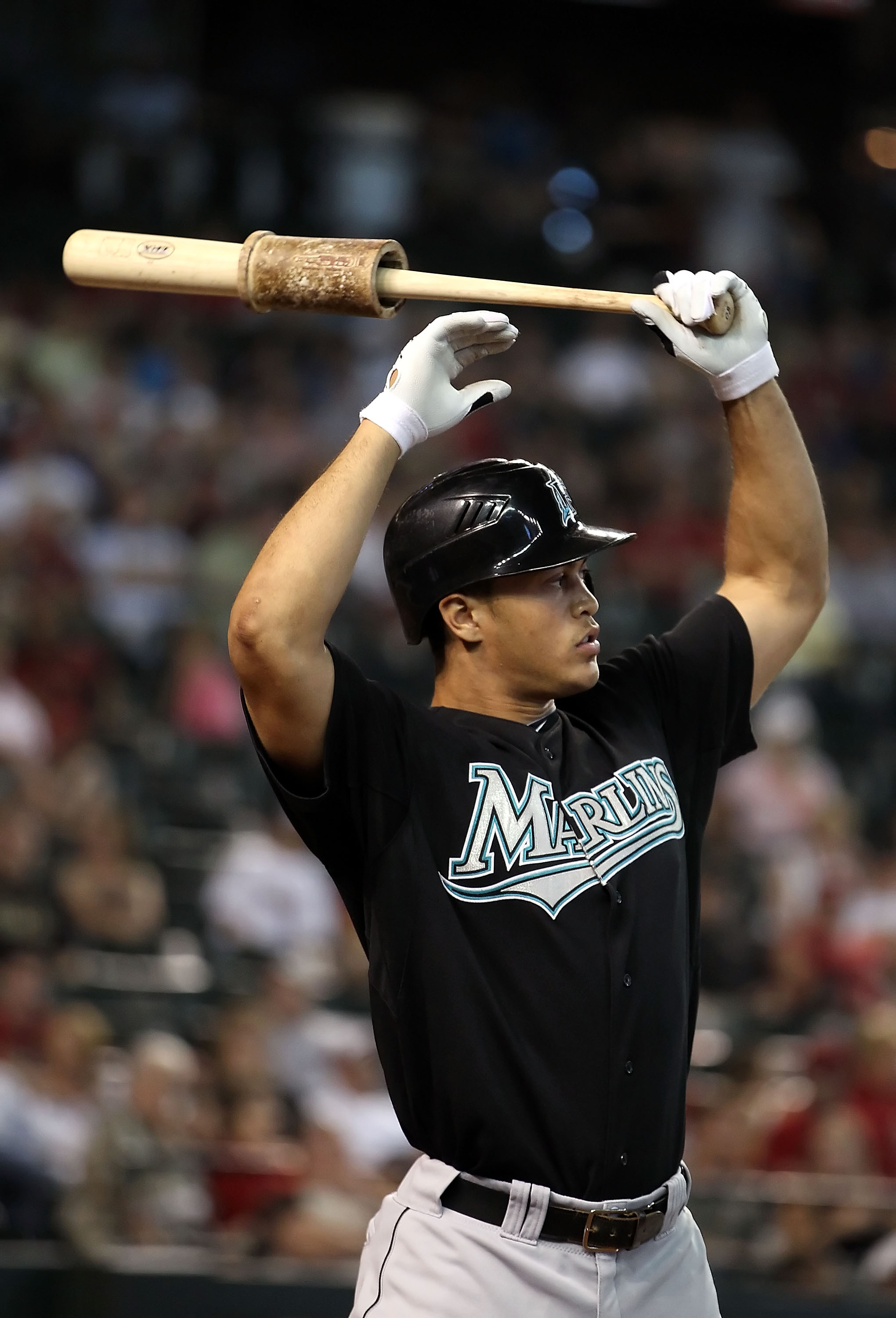 The Florida Marlins haven't had a taste of the playoffs since capturing the franchise's second World Series crown in 2003, and are once again faced with the decision of waiting on the youth to blossom or orchestrating a blockbuster deal that will boost the offense and slide them into the 2011 wild-card mix.

The Marlins have tons of younger talent. As a rookie in 2010, Mike Stanton hit 22 home runs in 100 games played. Chris Coghlan and Logan Morrison, both shifted to the outfield because of a clogged infield, are projected to start in center and left field respectively.

A combination of Hanley Ramirez, Stanton, Kemp and Gaby Sanchez in the middle of the Marlins lineup could prove to be deadly.

Florida was content in bolstering its bullpen in dealing Cameron Maybin, yet an outfielder with a reasonable amount of experience may be vital for the Marlins to have success.

Josh Johnson, Ramirez, Sanchez and Stanton are seemingly untouchable, however the Dodgers could benefit from a combination of numerous prized prospects from the Marlins farm. 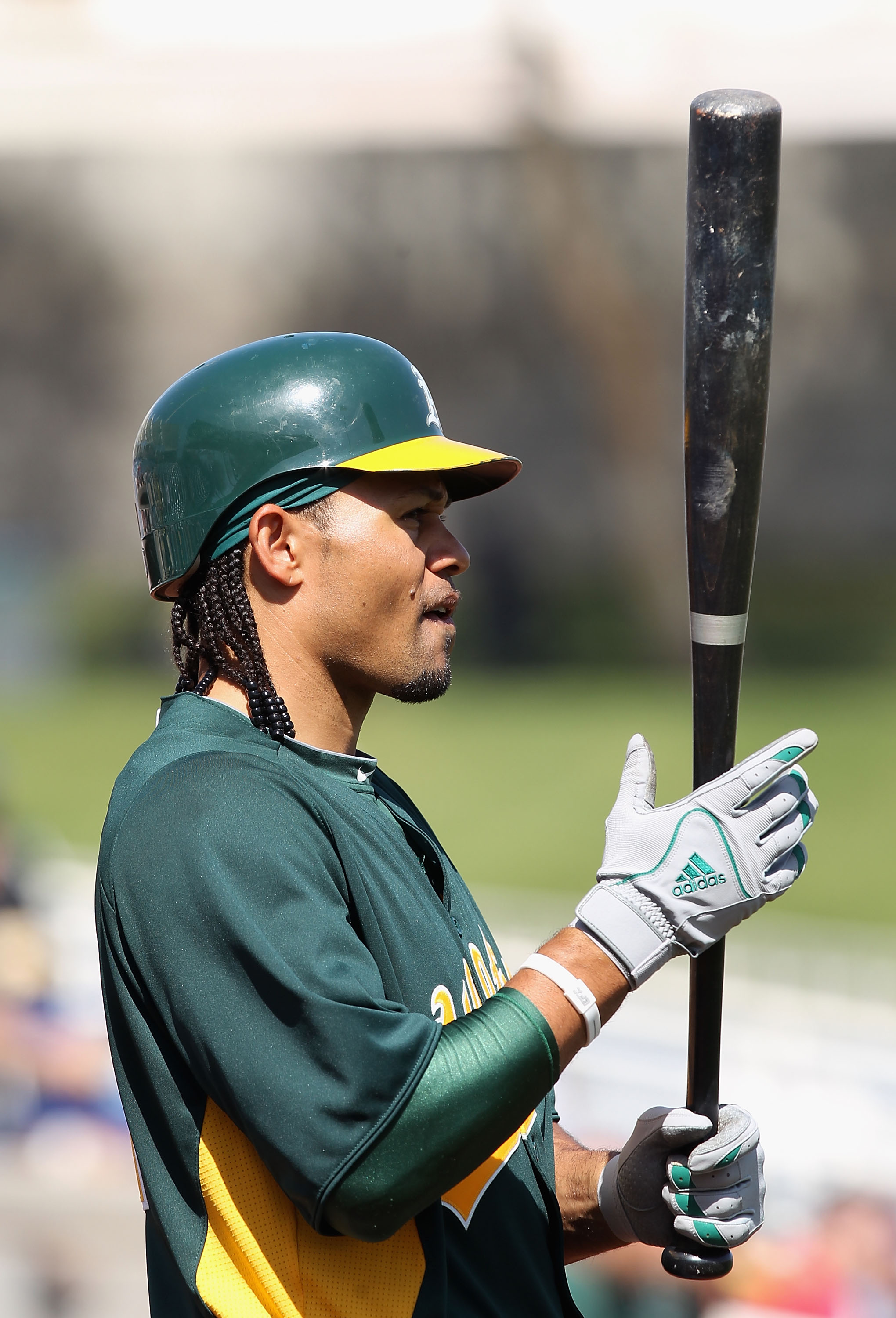 Oakland general manager Billy Beane once again found himself on the losing end of bidding wars for several high-profile players last offseason, however he eventually scored several deals to upgrade the roster without spending a ton of money. With a young, but strong starting rotation, many consider the A's to be contenders for the AL West in 2011.

Kemp would be an upgrade over Crisp, but would create a dilemma as to who would hit leadoff atop the A's order. As great as the Willingham, DeJesus and Matsui signings sound, the A's still lack power, and Kemp, who clearly has the potential to hit 30-plus home runs, would be a big help.

It's difficult to say what would interest Colletti from the Oakland organization, but a package deal involving Adrian Cardenas or Michael Taylor may raise his eyebrows. 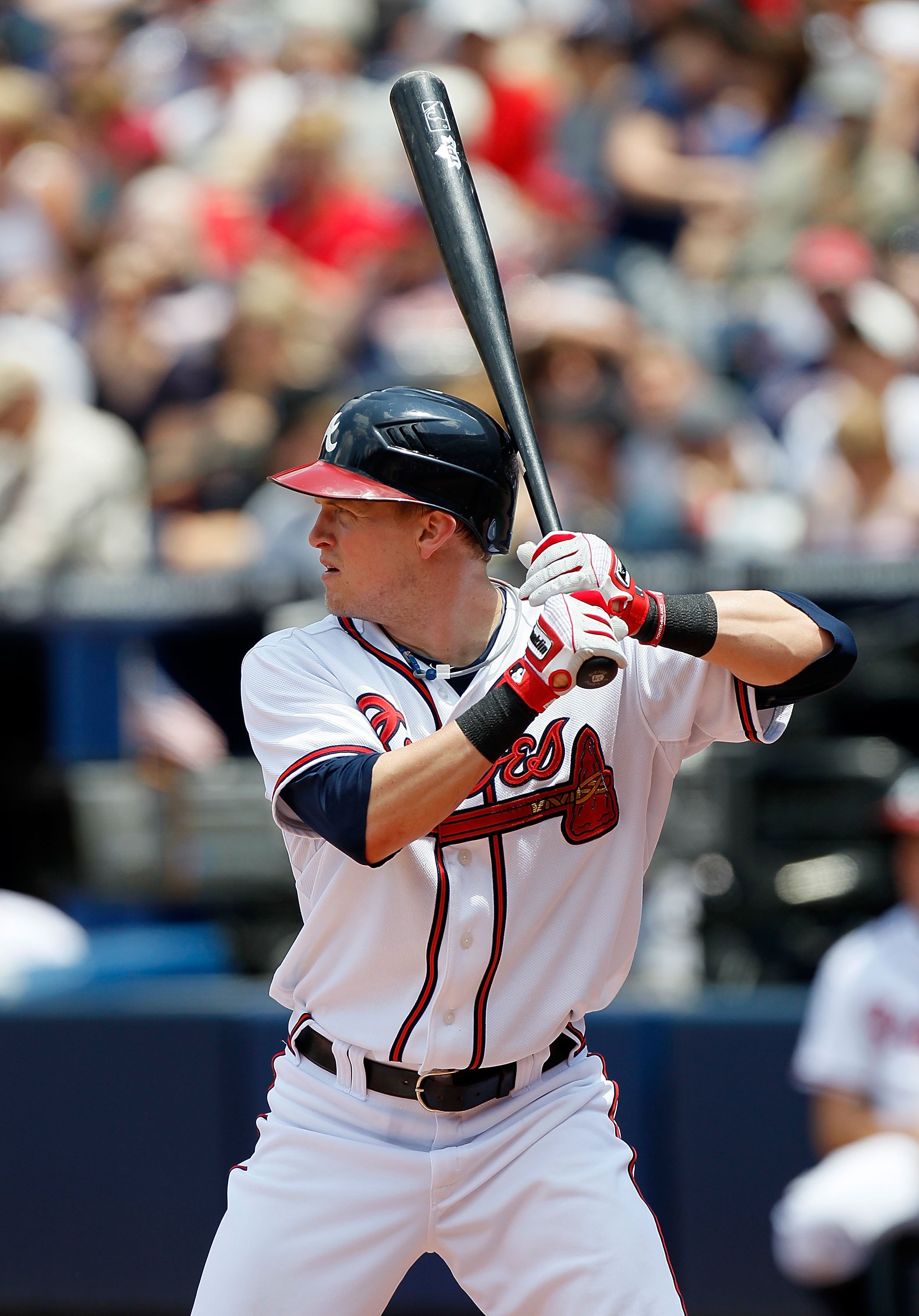 About the only positive in the Atlanta Braves outfield is the highly touted ability of Jason Heyward. Outside of Heyward, Martin Prado, who has been pushed to left field because of the acquisition of Dan Uggla, hopes that his offense won't be affected. Nate McClouth may see most of the center field duties, only because the Braves don't have a better option.

Ironically enough, Ken Rosenthal of FOX Sports stated that the Dodgers should have dealt Kemp to the Braves just days before last year's trade deadline. With the outfield clearly being the Braves' largest weakness, the possibility exists that they may be shopping over the course of 2011.

After a four-year hiatus, the Braves finally clinched a playoff spot in 2010, and in order to contend with the Phillies this year, the power department may be one of the areas that are addressed first.

In terms of what may be attractive to Colletti, a multiple-player deal involving catcher Christian Bethancourt and others may spark keen interest.