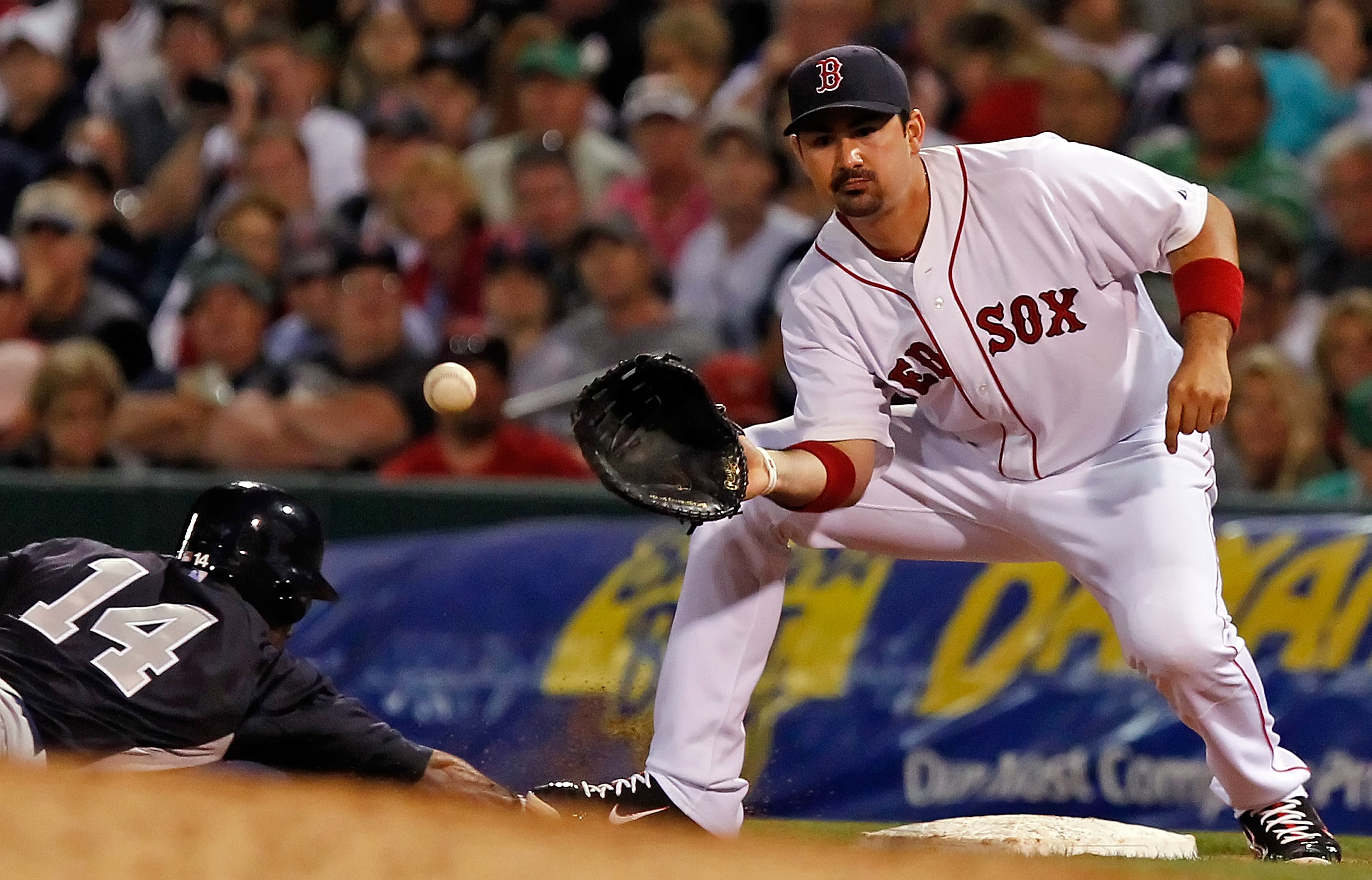 It's here! It's finally here! The day all baseball fans begin counting down towards once pitchers and catchers report in February: Opening Day! Hope springs eternal for all 30 teams and their fans.

In this installment, I will name my favorite to win the respective AL and NL Cy Young Award, MVP, and Rookie of the Year and who I think the top three contenders will be. As always, feel free to disagree and state your reasons. Good luck to all fans and teams this year! 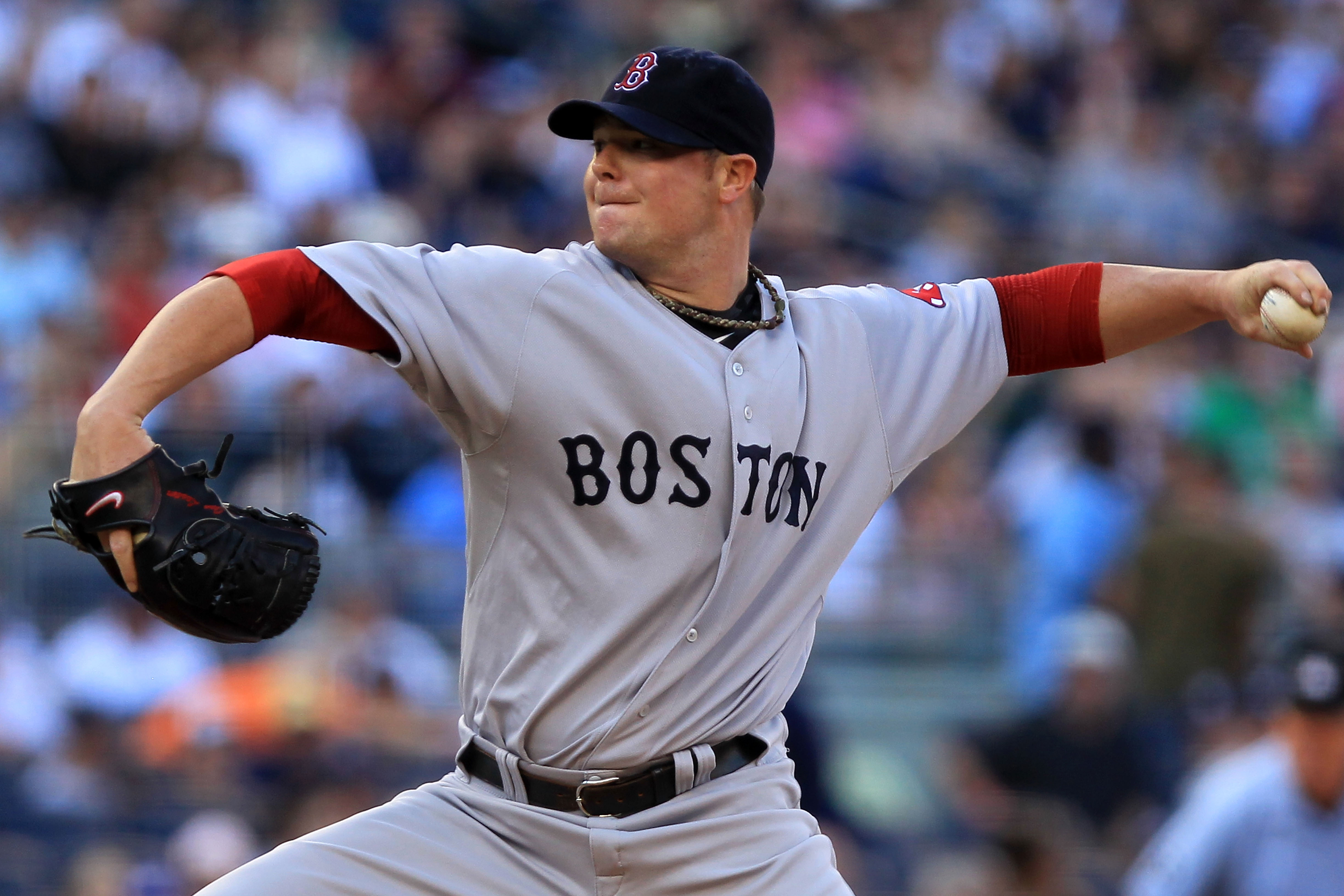 Lester was a stud on the mound last year netting 19 wins, 225 strikeouts and a 3.25 ERA. His numbers have been solid across the board the past three years and he is entering his prime at age 27. With the addition of Carl Crawford and Adrian Gonzalez, his win total should increase and there is no reason to expect anything less than the 225 strikeouts he's averaged the past two seasons. This will be Lester's year to win his first Cy Young.

Justin Verlander: His numbers over the past two seasons have been fantastic. In 2009, he won 19 games and struck out 268 and last year he won 18 games and struck out 219. He has had an awesome spring and with the Tigers looking to contend this season, Verlander will get the media attention he needs to make a run this year.

Felix Hernandez: The 2010 Cy Young award winner and the 2009 runner-up could be a favorite again going into the 2011 season. With just 13 wins last year, there was much debate as to whether or not somebody with such a low win total should be considered. His other numbers though were off the charts and thus bagged him the Cy Young.

Francisco Liriano: The Twins lefty has the stuff to be considered a Cy Young candidate IF he can put it all together. He's four years off of Tommy John surgery and showed glimpses of his 2006 season when he was lights out. Liriano can strike hitters out and throws a ton of ground balls. His problems have been giving up to many walks and has a tendency of being inconsistent. 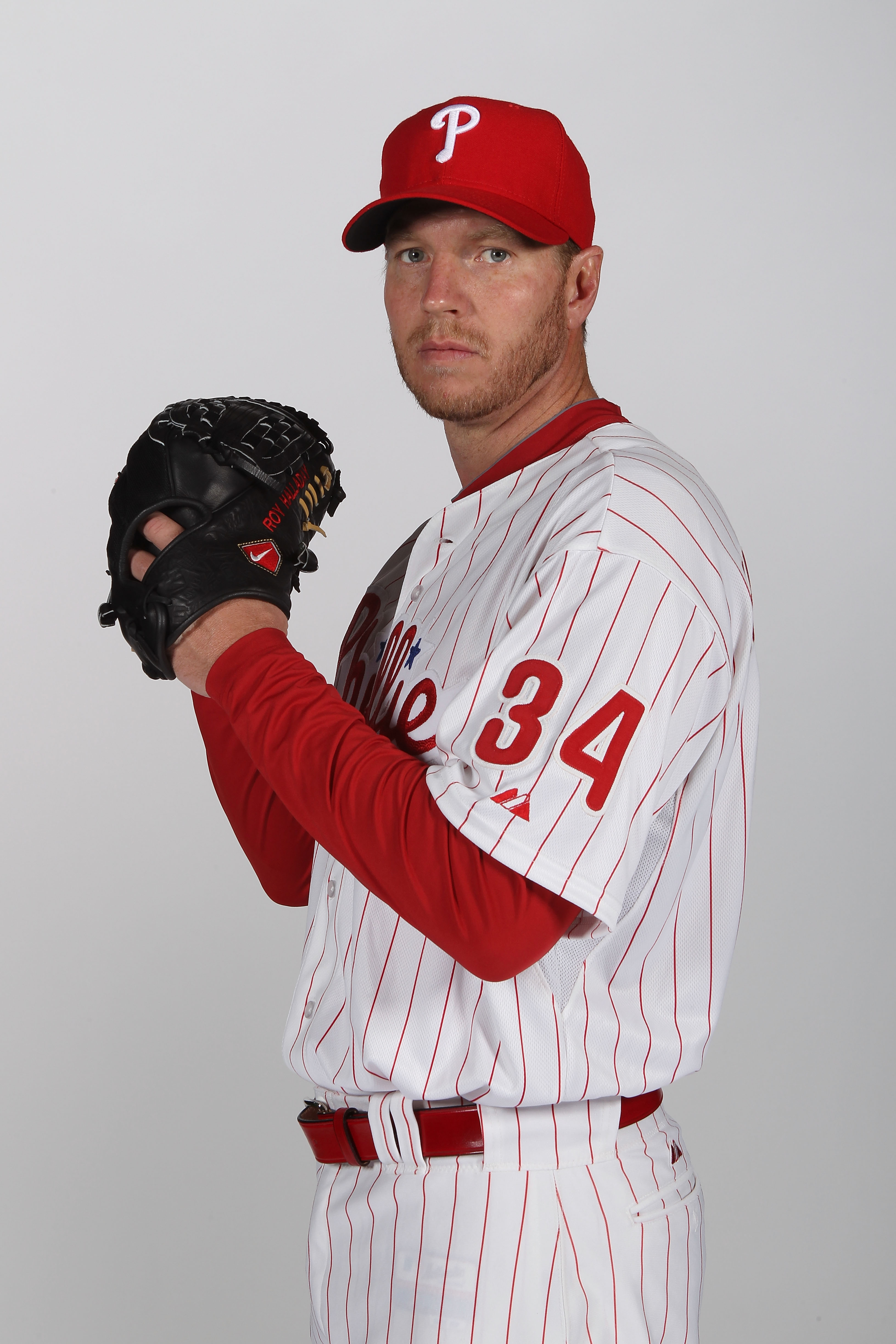 I know. I know. Vanfossan, you're really going out on a limb here. The title of the article is the 'favorites' and the contenders for each award. There is no reason to believe that Roy Halladay will not win his third Cy Young award and his second in a row. The statistics are unbelievable: nine complete games, four shutouts, 219 strikeouts, 250.2 innings pitched and 21 wins. Enough said.

Cliff Lee: Lee, the most prized free agent pitcher of the 2011 options, re-signed with the Phillies after nine month sabbatical in the American League. The 2008 Cy Young award winner should pick up even more wins this year facing team's number two pitchers. His numbers, when he's on, are just a notch below Halladay's. If Lee could harness his playoff performances the past two seasons over the course of the regular season, Halladay may have company from the man right behind him.

Tim Lincecum: "The Freak" is an annual contender for the Cy Young award and rightfully so. He already has two awards in 2008 and 2009 and has had a fantastic spring. The only thing against Lincecum is his ability to finish games that he starts. Of course this is all in comparison to Halladay who almost finished half of the games he started.

Clayton Kershaw: This may be the year that Kershaw puts everything together. The Dodgers have always had a long line of pitching talent and Kershaw is no exception. He has the potential to put up Cy Young caliber numbers as shown with his 2.91 ERA and his 212 strikeouts. The problem he has is in the win column. 13 wins got Felix the award last year but Kershaw needs at least 18-20 to even be considered in the dominate N.L pitching ranks. 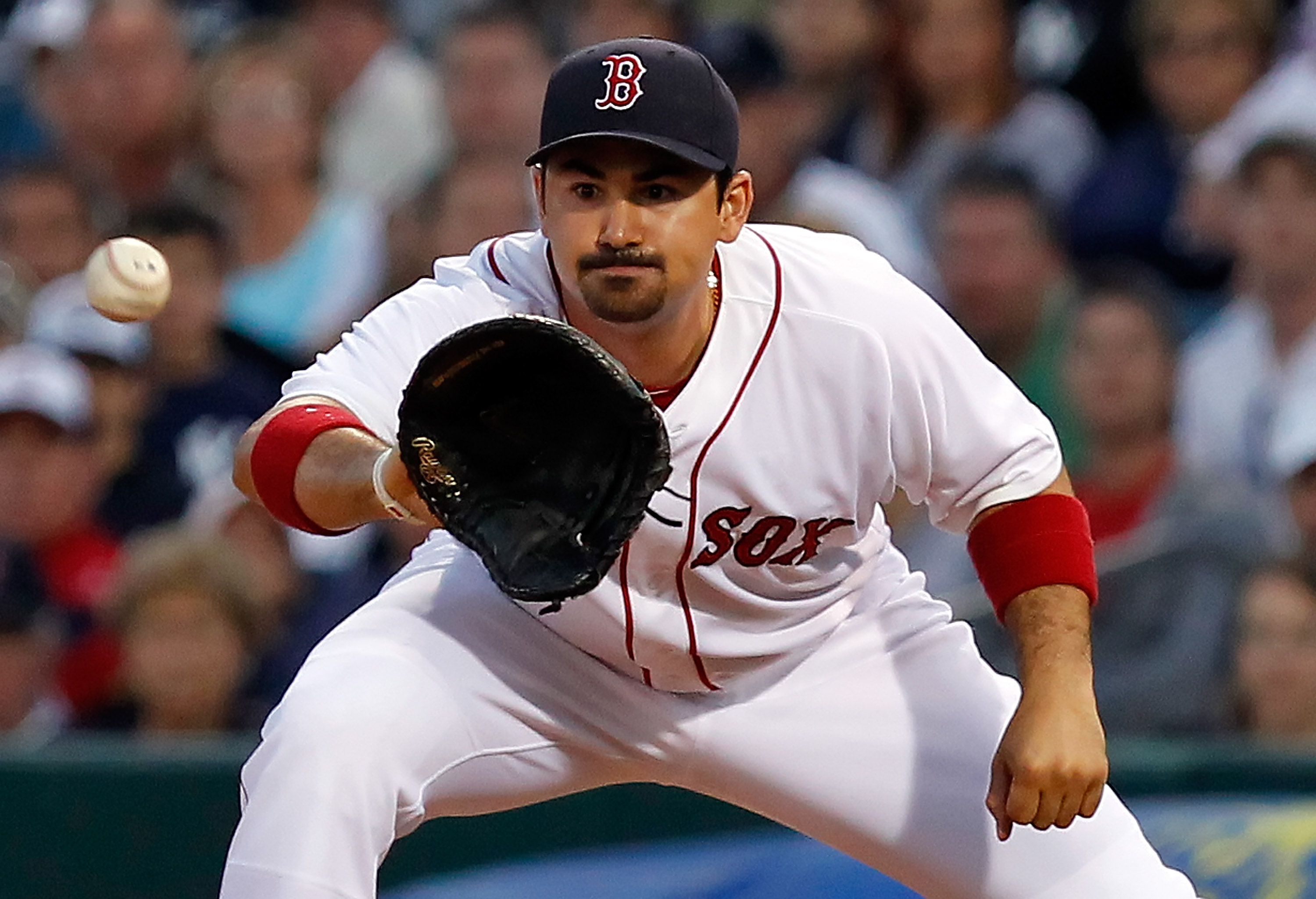 In my first surprise of the award season, my AL MVP goes to Adrian Gonzalez. History has shown you don't need to play an entire season to win the award. You need only to go back to last year and the one month Josh Hamilton missed and still won the award. Gonzalez will possibly miss the first couple weeks or so of the season while his shoulder heals and he gets the green light to play everyday. He will put up huge numbers in Boston peppering the Monster with double after double. Gonzalez is the 2011 MVP.

Justin Morneau: I know he is coming off a concussion that saw him missing the second half of the season as well as most of spring training, but I think he will bounce back and hit the groove that had him in contention before the injury. It's not going to happen in April but look for Morneau to get back into the groove and contend again in 2011.

Evan Longoria: Longoria is what is left of a once very potent Rays offense. With the departure of Carlos Pena and Carl Crawford, I think Longoria will step his offensive game up even more and put up career numbers vaulting him into the MVP category.

Robinson Cano: Cano was in the discussion for the MVP last year and should be there again. He hit all over the Yankees line up last year and put up huge numbers. Cano will have plenty of opportunities to knock in runs and should score a lot of runs as well with that vaunted Yankee lineup. 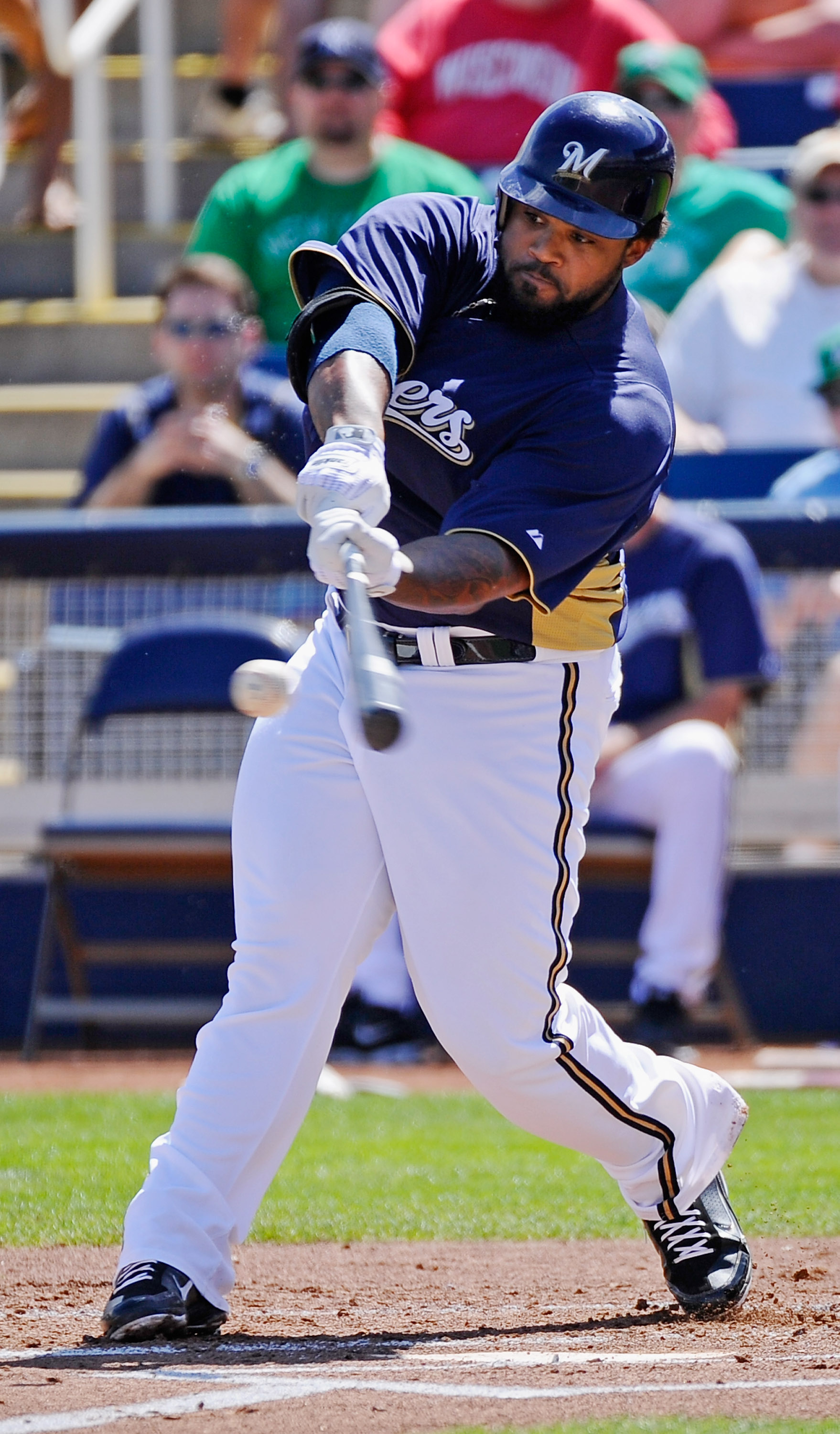 I couldn't pull another Halladay pick so instead I went with one that is sure to raise eyebrows, and that is Prince Fielder as the NL MVP. Fielder is in the last year of his contract with the Brewers and again if spring training is any indication of how the season will be, Fielder should have a monster season. He did have a down season last year by his standards but I think his numbers for 2011 will be more like his 2009 stats: .299, 46 home runs and 141 RBI and why shouldn't they be? He's a Scott Boras client getting ready to be "paid".

Albert Pujols: The "King" is an annual MVP candidate but is to easy to pick. You can chalk him up for .300, 30+ home runs and 100+ RBI. Like Fielder, Pujols is also playing for a contract and a big one at that. As I said, it would be easy to take Pujols as the MVP but a spirited debate is always good to have.

Troy Tulowitzki: If 'Tulo' can stay healthy an entire year, his projected numbers would put him in the MVP debate. I think this is the year he pulls it off. What makes 'Tulo' an appealing candidate is his ability to play defense as well as put up huge numbers. He's never hit more than 32 home runs in a season and has never drove in more than 100 but with Carlos Gonzalez behind him in the line up, Tulowitzki will have the fans flocking to Coors this summer.

Jimmy Rollins: Rollins is a former MVP winner himself and like Pujols and Fielder is playing for a contract. He has been hampered by injuries over the past couple seasons but remains vital to the Phillies offensive threat. He needs to step up with the injury to Chase Utley and the uncertainty in right field. He has said again the Phillies will win the NL East and if he's healthy, he may win his second MVP. 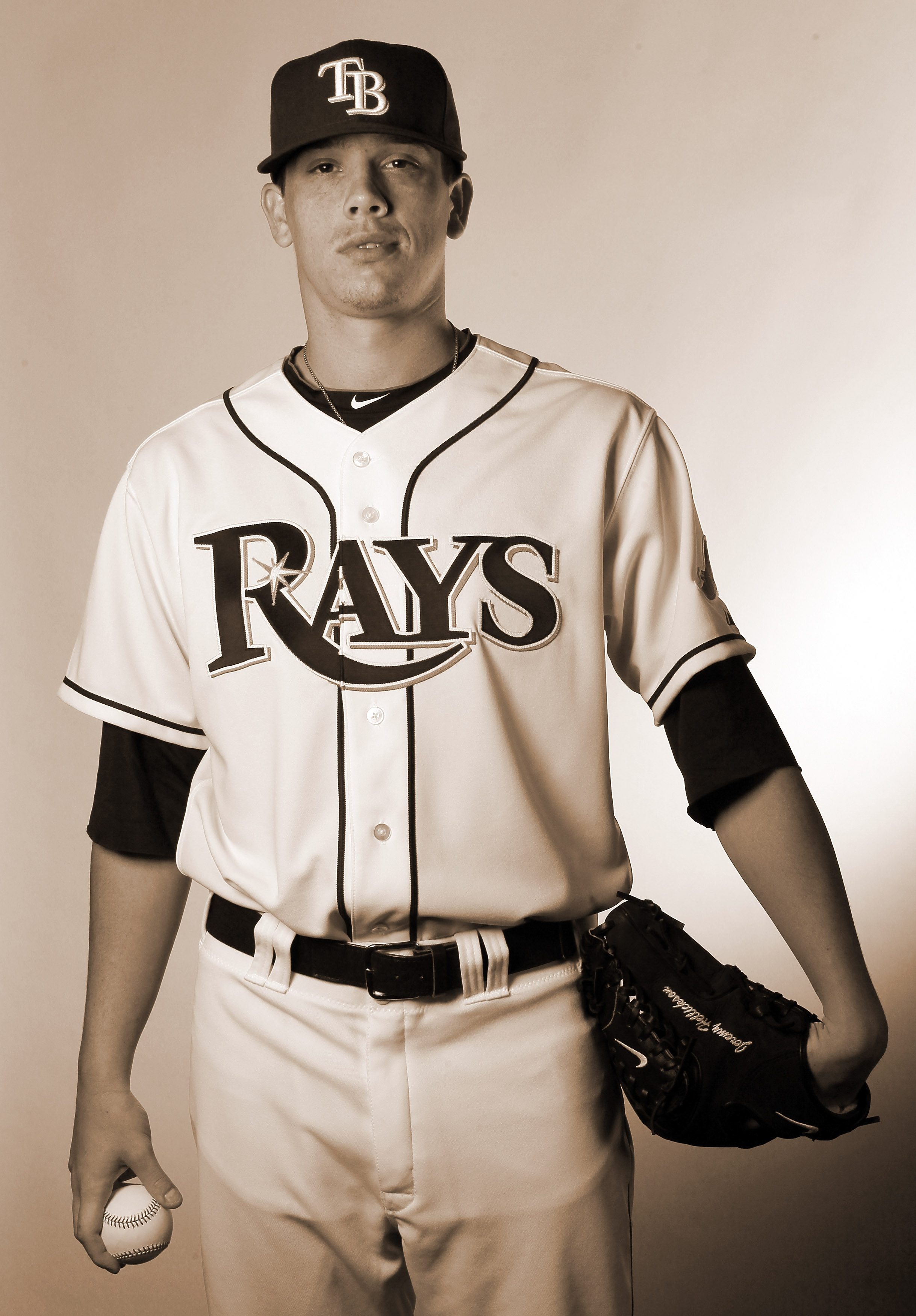 Hellickson came into a division race last year and calmly went 4-0 with a 3.47 ERA in spot starts in August and September. Hellickson's success allowed the Rays to part with Matt Garza to the Padres. Hellickson struck out almost a batter an inning and already is in the rotation. Unlike other candidates, he will get a shot from day one to earn the award.

Jesus Montero: Montero is a top-five prospect in all of baseball and is a stud behind the plate. It's hard to tell what the Yankees will do in the present as they signed Russel Martin and still have Jorge Posada although they are adamant he won't catch. If he gets a chance to catch everyday (ala Buster Posey), he has a good shot of winning rookie of the year.

Chris Sale: Sale was the number one pick by the White Sox in 2010. He had spot duty in the bullpen last year and may start the year again there this year. Matt Thornton is slated to close games this year and with Peavy hurting, Sale may find himself somewhere in the rotation sooner rather than later.

Mike Moustakas: Moustakas is part of the Royals farm system that has been the talk of baseball this past off season. He is slated to play third base but probably won't be up until May or June. Again (see Buster Posey) this doesn't necessarily mean that he will be out of contention for ROY but he will undoubtedly have ground to make up. 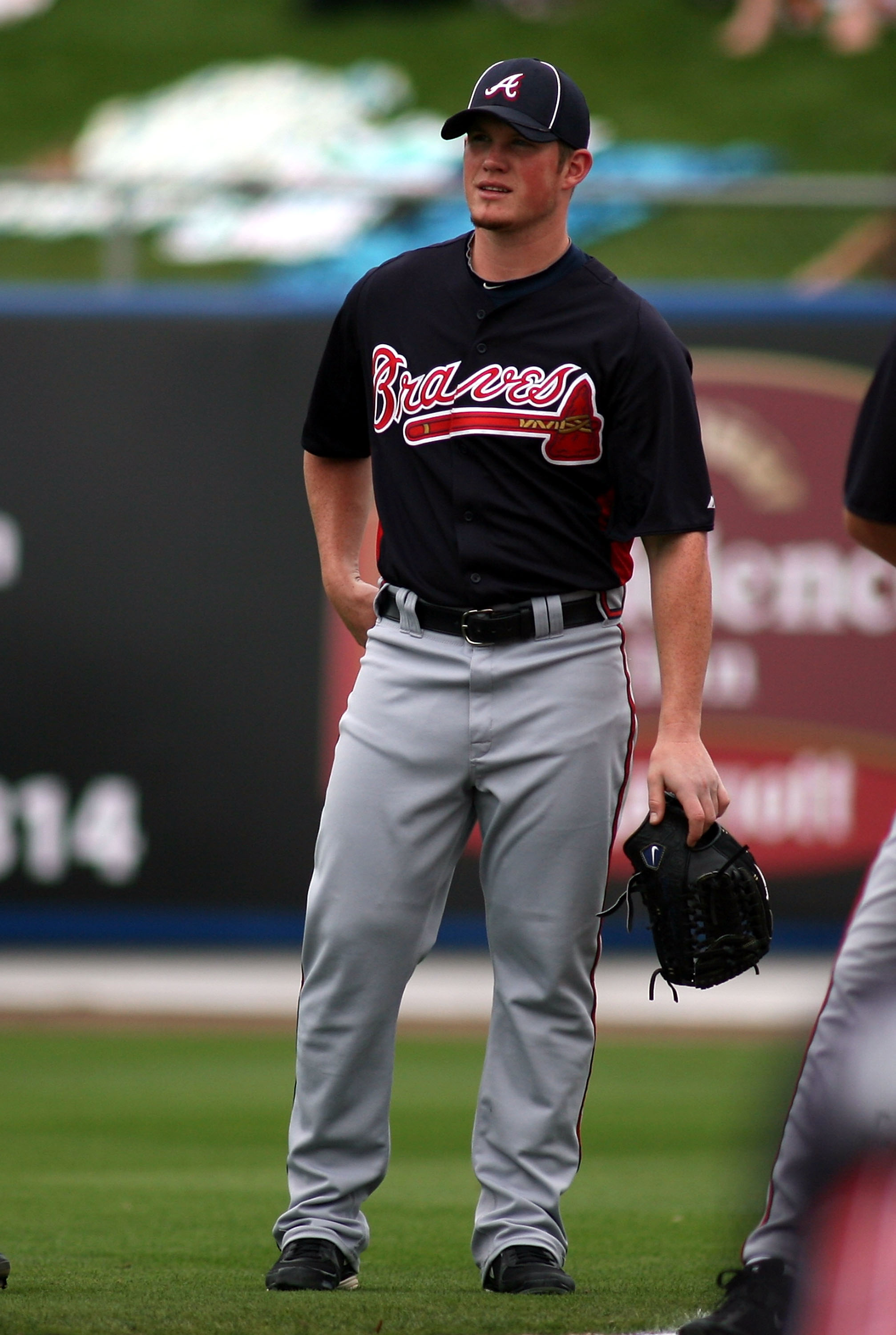 We may have a repeat of the 2010 AL ROY award in the National League as Atlanta relief pitcher Craig Kimbrel will win the award in 2011. Kimbrel seems to be a clone of Neftali Feliz. Kimbrel is supposed to share closing duties with Jonny Venters but I think Kimbrel will make the most of his opportunities and win the job for the contending Braves.

Domonic Brown: Before his spring training injury to his wrist, Brown seemed to be in a position to contend for the starting right field spot in Philadelphia. However, as the aforementioned wrist injury limited his time this spring, Brown may still be in the Phillies plans as soon as he is healthy enough to go this year and potentially have a solid rookie campaign.

Freddie Freeman: It could be argued that Freeman's teammate Jason Heyward was on his way to winning the 2010 ROY until Buster Posey stepped in and helped lead the Giants to the championship. Freeman is a power-hitting first baseman who looks like will be the opening day starter in Atlanta. Having Heyward and Freeman is just a sign of how good the Braves could be and why they'll contend this year.

Brandon Belt: Just as Posey was last year, the Giants could have their second ROY in as many seasons. Belt, in 2010 minor league stints, hit a combined .352 with 23 home runs and 112 RBI. He also swiped 22 bases. He is a five tool player and a huge target at 6'5". Don't be surprised if he puts on a huge push for ROY honors.