San Francisco Giants: Why Aubrey Huff, Not Brandon Belt, Is Best at First Base 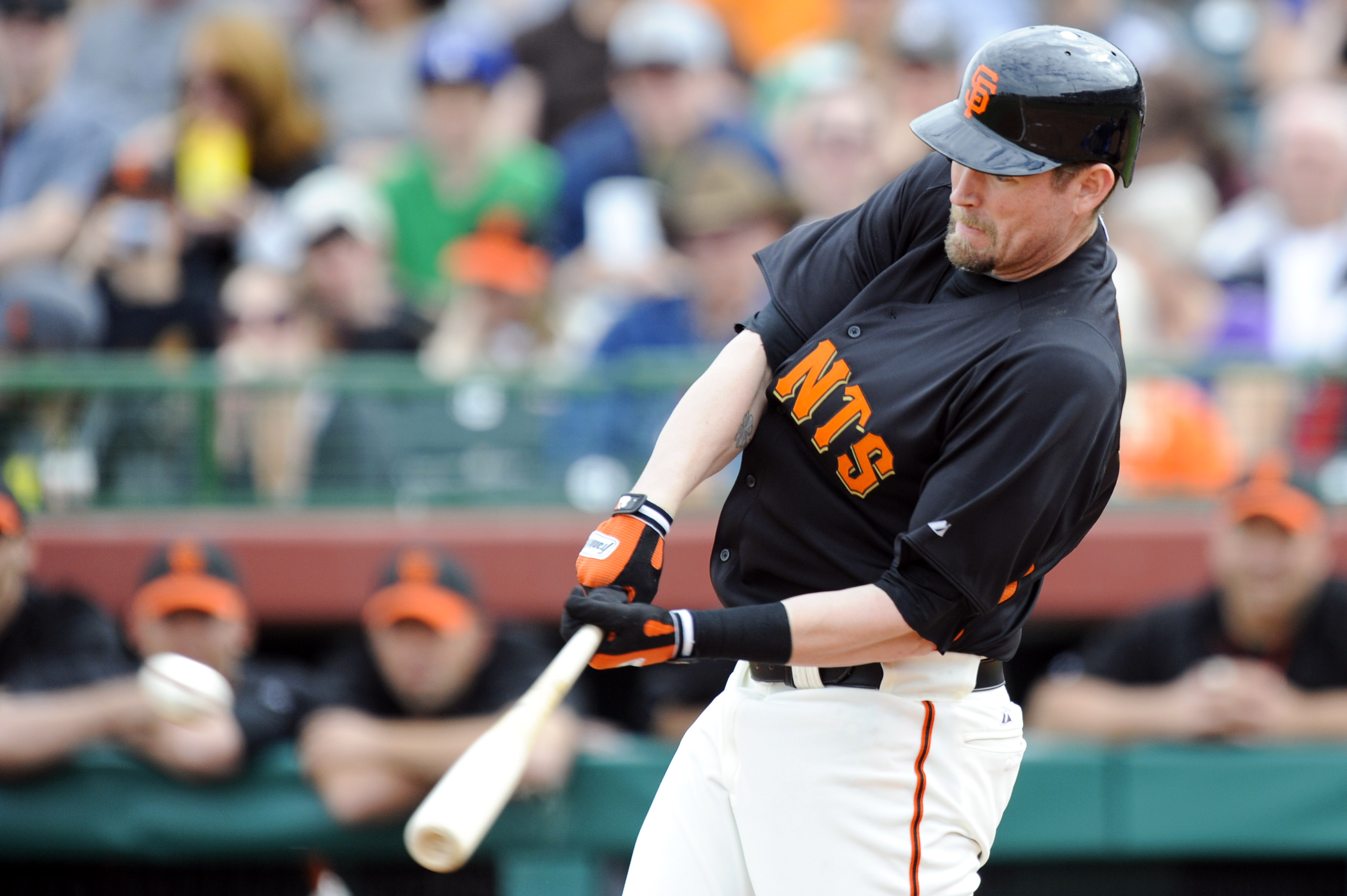 Brandon Belt has received a lot of buzz, and rightly so. The 6'5" left-handed slugger has batted for a .352 average in 136 minor league games.

In his debut in spring training yesterday, Belt drove in four RBI on two doubles and one single.

But what about Aubrey Huff and the solid job he did for the team last year? Huff is still the guy, but with each appearance by the young stud, Huff might be counting his reps.

Brandon Belt certainly looks promising, but there's no need to rush the situation. The time will come for Belt to be a rising star, but for now and in the short term, Aubrey Huff is still the right fit at first base heading into the 2011 season.

First off, I like the idea of having videos so just in case you want to watch them in action rather then read about them, the choice is yours. There are several articles going up about Brandon Belt and his dominating start, and as a baseball fan, it certainly gets me in gear for the upcoming season.

That being said, there are a few things that Aubrey Huff brings to the table that are better for the Giants in the short term.

One of those things is playoff experience.

It's something the Giants haven't really had to deal with, but the same can be said for the brand new target placed on their backs.

Aubrey Huff had a huge playoff series topped off by a monster outing in the Fall Classic. His antics helped lift San Francisco to the pinnacle, a place the Giants have strived for ever since Barry Bonds was swinging the lumber.

Huff Is Short-Term, Belt Is Long-Term

Brandon Belt is going to be here for a while. The fact that he's already turning heads by producing during this spring training is no big surprise.

In fact, to have Belt taking consistent swings all year in the minors before being called up if needed is intriguing. It would presumably give the Giants a young ace in the hole.

There is not much to gain from bringing him up prematurely, as the Giants already have a solid lineup, especially at first base with Aubrey Huff. When you think of the rookies who step into the league and make an immediate impact, you think Ryan Braun, Albert Pujols or Mark McGwire.

These guys might be exceptions to the rule, however all got their shots when their time came. Pujols got his starting spot when Bobby Bonilla went down with an injury.

I'm not suggesting they are waiting until Huff needs to be replaced, rather hypothesizing that since he seems to be pretty solid right now, and with players like DeRosa starting to mesh with the team, I think it's wise to let Brandon Belt marinate in the minors for at least the first half of the season.

Brandon Belt may be the bat the Giants need later down the road of the long season, but most evidence points toward Huff being the best option for right now. Please note that "right now," given the ever-changing landscape of ball clubs from week to week, is a very relative term.

Pat Burrell was the guy in left last season, and many Giants fans think he will be the guy to take it over again. Mark DeRosa, however, in my opinion is almost an equivalent.

What does this have to do with Brandon Belt?

Well, left field is one of the places he's allegedly gunning for. He's an all-around baseball player, and if it's not first base, then left field is certainly his No. 2 option.

DeRosa played in only 26 games last year and already this spring has done some impressing of his own by hitting a key (in spring training terms) home run late in a game against the Brewers in a win.

It's not just these two, however, as Nate Schierholtz did well, knocking a couple hits.

Bruce Bochy has also made mention of Andres Torres being a possibility in left.

Having the guys such as Burrell, DeRosa, Torres and Schierholtz make it easier to not move Aubrey Huff out in the grass in left.

Aubrey Huff has amazing defensive skills, and with him staying at first (presumably), then that would allow Belt some more time in the minors to possibly test other positions in the outfield for more of a realistic sense of where he will fit in, or just work on last-minute things he might want to perfect before stepping into the spotlight.

These are the things that the Giants staff is hinting, and I'm interpreting it as a grace period before we cash in on the skill set of Brandon Belt in the big leagues.

Brandon Belt could be the player of the future. The Giants had enough firepower at the plate to get them a title. It may not have been the most impressive lineup, but they got it done when it was necessary.

The pitching looks to be in a good situation, and in my opinion Brian Wilson will be one of the most important figures leading into the 2011 season. With Jeff Suppan looking impressive early on, it appears that the Giants are better off this year than the last.

That being said, I don't think it's of monumental importance that Brandon Belt starts the season in the big leagues. We all hope that he will pan out as the player we've witnessed thus far, and it makes it that much more exciting to know that we have something to look forward to should Huff, Burrell or any other potential starter in left or at first not produce.

Like I said before, Brandon Belt is our ace in the hole, and I like that situation heading into 2011. If it's not broke, don't fix it.

As far as the future is concerned, and whenever that is deemed to commence, Brandon Belt certainly gives the Giants the ability to keep the ball rolling in SF.

All the meanwhile, Pat Burrell is still flipping off his critics who say that he has to work for his left field starting spot.