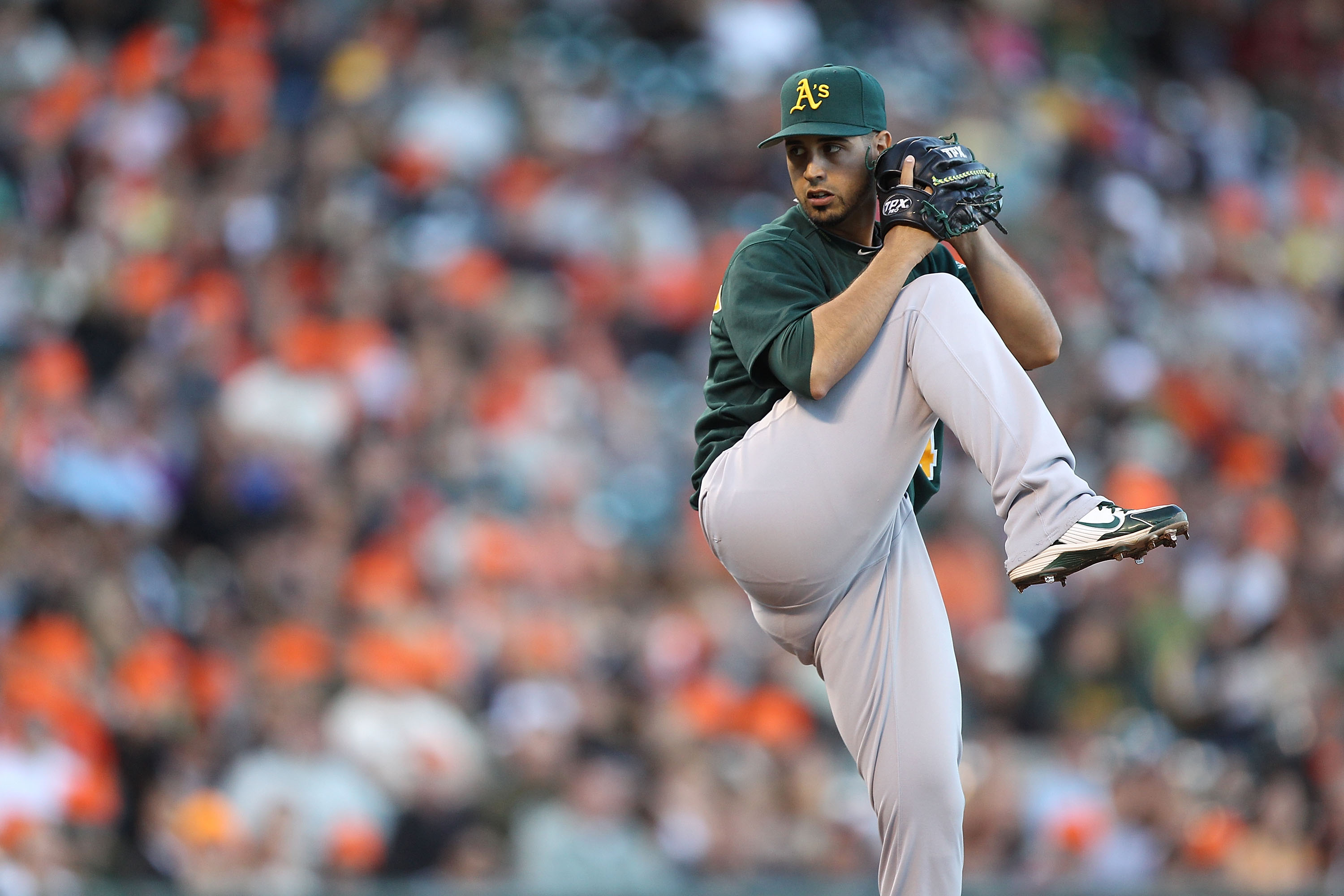 The real success comes in the later rounds.

It's in this dark, dank region where most daring owners simply hit the “Autopick” button and go on to some other endeavor.

But for owners who always seem to win their league, or at least consistently place in the top three, they know you have to stick it out until the very last pick, lest wind up with an unbalanced roster that can’t always be repaired by the waiver wire.

One of the rewards for lingering around is the overabundance of players most people either ignore, or have no read on.

But there are some players who combine the aforementioned aspects, while wearing the lustrous tag of “breakout” as a plus.

Well, get your notebooks out and your pens ready, because these fab five fellas are definitely players you want to remember come draft day. 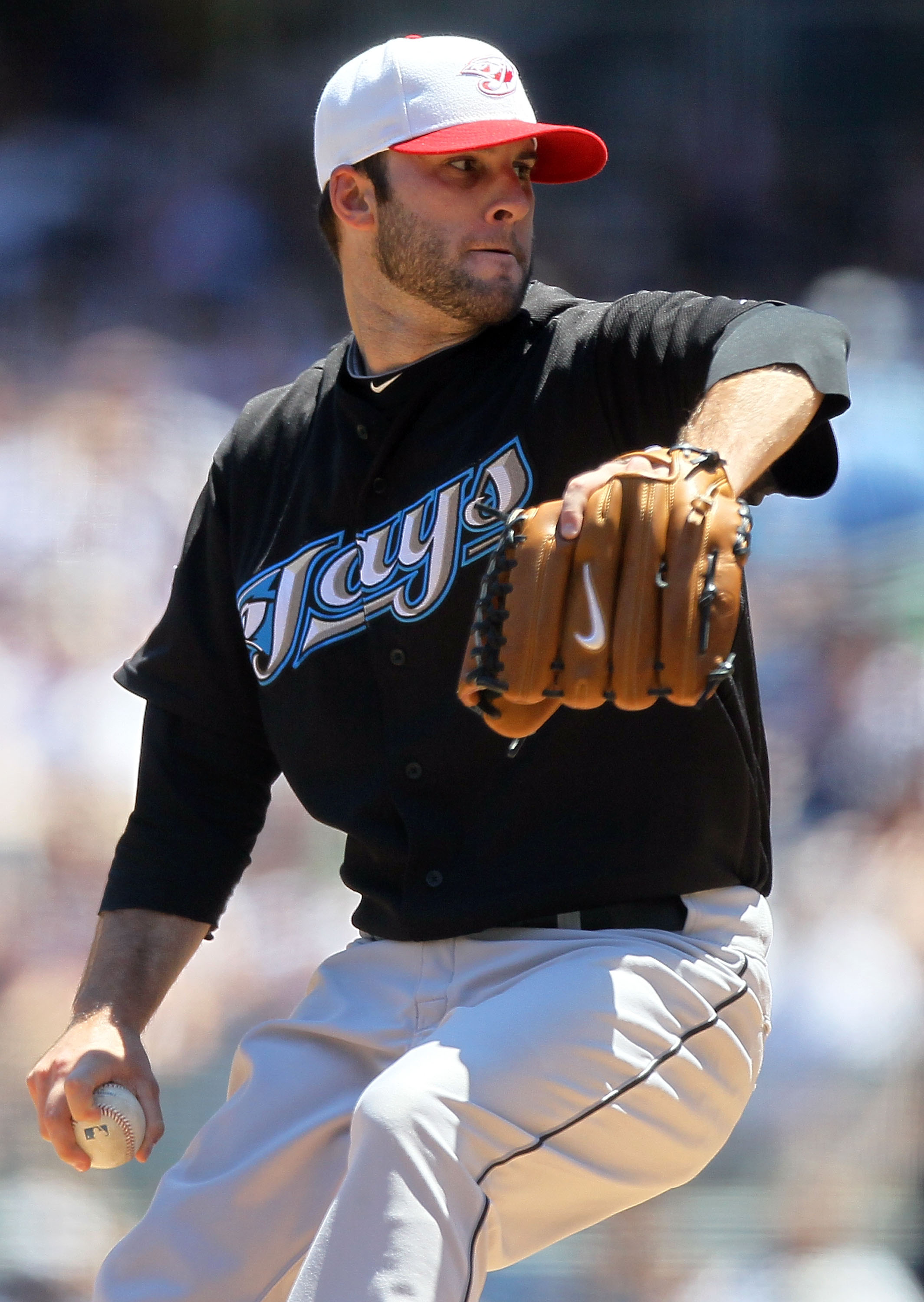 After three horrible seasons with the Mariners and a rocky 2010 start for the Blue Jays, Brandon Morrow’s career in Toronto began taking flight in the beginning of July.

Morrow began to figure out how to “settle into himself” rather than just the game, as most pitchers do.

The meaning of that is, Brandon Morrow became less and less reliant on his fastball, and began learning how to utilize his off-speed pitches to setup his fireball.

Ya know, the proper way to pitch: Get the hitter to swing.

His ADP has been hovering around 128 and makes for a wonderful selection in the middle rounds, but keep in mind that you could even find him a little later (14 to 17). 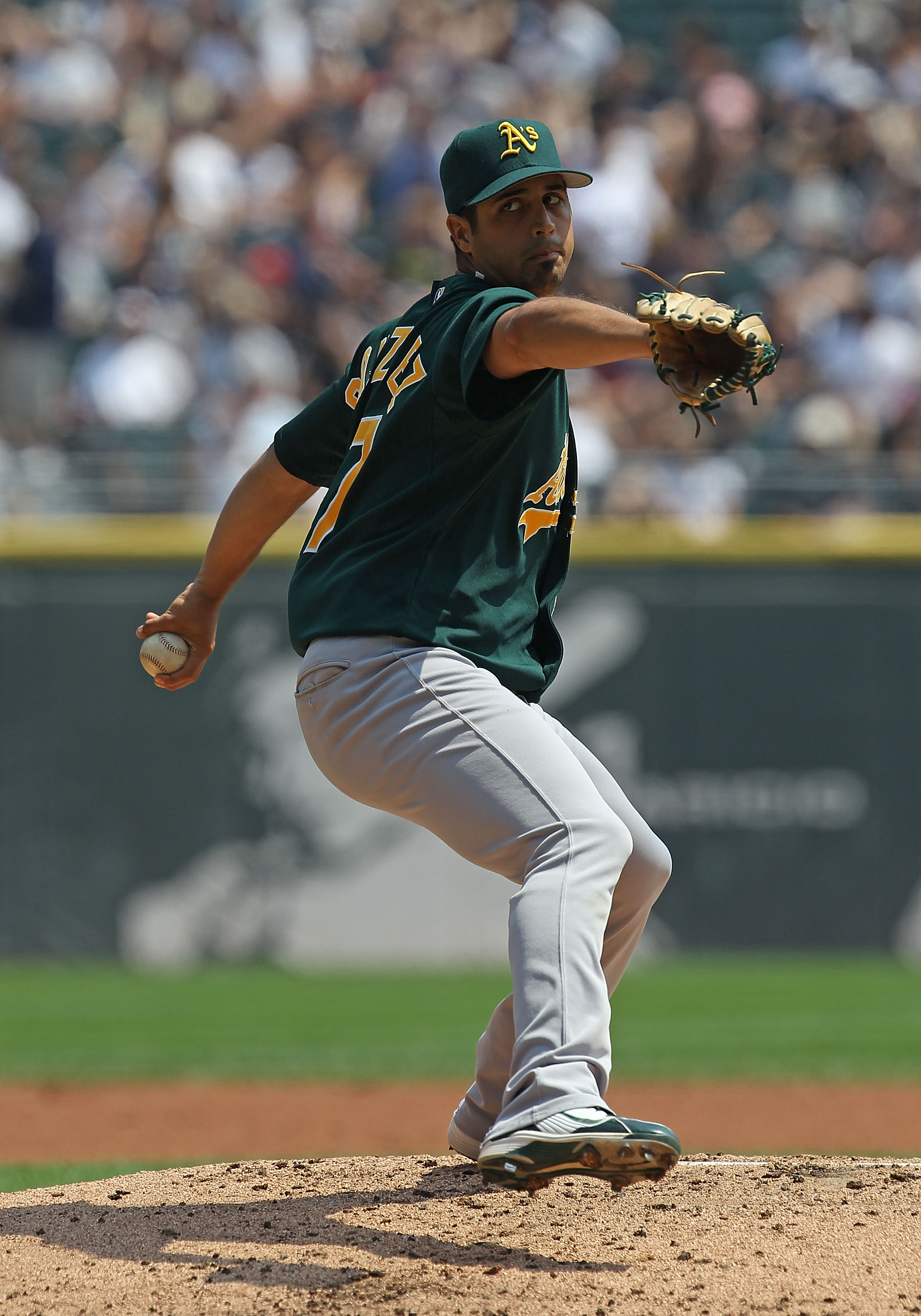 One year ago today, Gio Gonzalez was fighting for a roster spot.

Gonzalez has impressed his coaching staff so much, he is likely to be the Opening Day starter for the 2011 season.

Amazing what can happen in a year, eh?

Gonzalez ranked eighth in the American League in ERA and 10th in wins last year, but that’s not what’s interesting about this guy.

He has an incredible surrounding cast, both in the starting rotation and in the bullpen, AND an upgraded offense.

As a collective team everything points to the Oakland Athletics as a contender for postseason play, something that bodes well for Gonzalez owners.

So there’s some wiggle room to debate he will better his 15-win season from a year ago.

In addition to that, Gonzalez is ranked 50th among starting pitchers with an ADP of 184, but in every mock draft and auction draft I have done, nobody’s even targeting this guy until their last two or three picks.

So if you can hold out until you’re ready to grab your fourth SP, you can easily grab Gonzalez while building a more formidable rotation earlier in the draft.

Now that’s balance at a fraction of the cost. 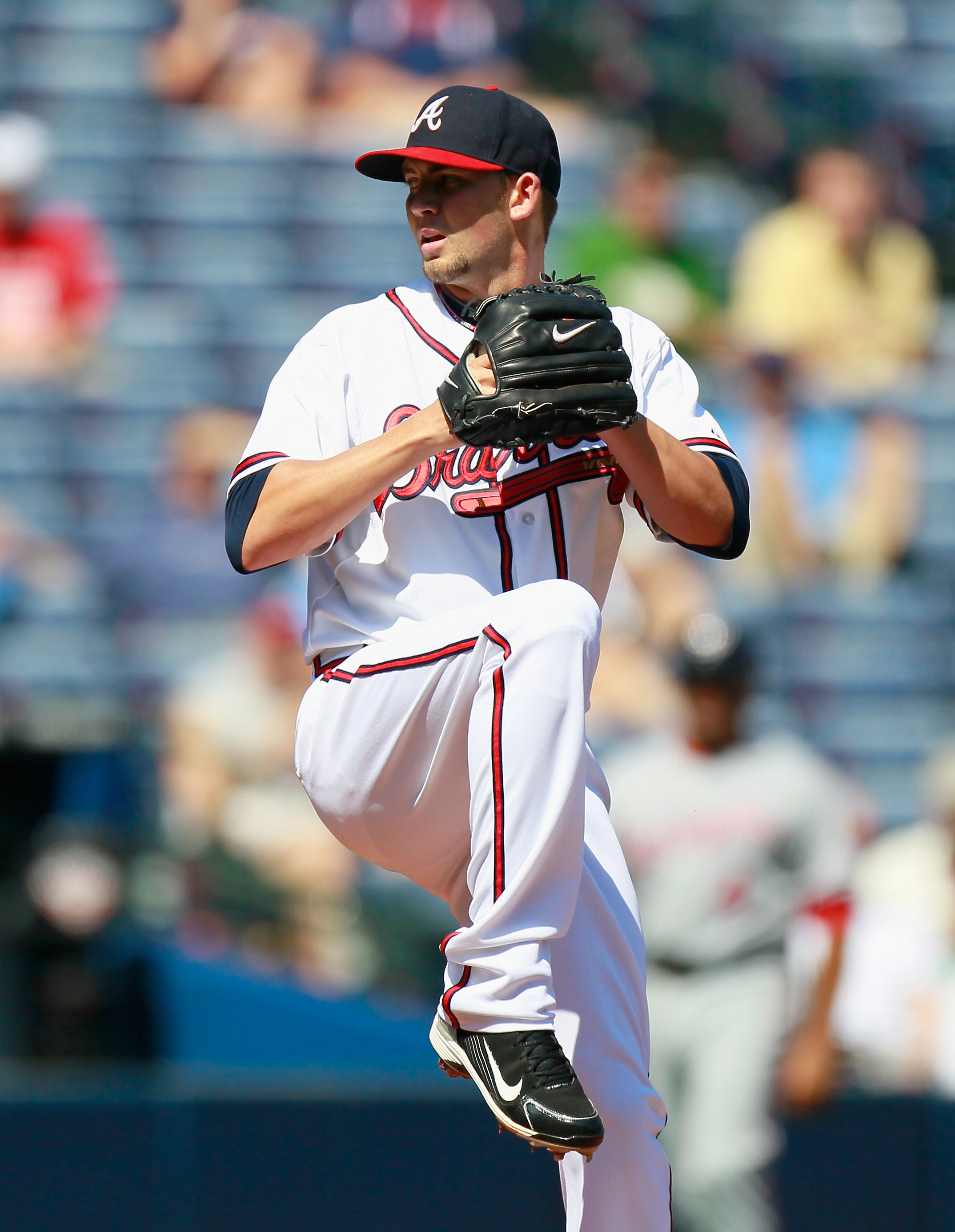 At first glance Mike Minor’s fantasy baseball value seems to be more of a risky venture than a wise investment.

So why draft the guy in the very back of your draft, let alone label him on the verge of a breakout season?

For starters, Mike Minor is expected to win the job for the fifth spot on the roster behind his arsenal of pitches, despite that lack of a guarantee.

What he throws, and how he throws it has been his bread and butter since day one playing for the Rome Braves.

His main pitch is his fastball, which maintained a mid-90 range nearly all season long, while his plus pitch was the change-up, followed by his out pitch or "complement" pitch: the curveball.

He can throw his FB and CU for strikes, but even Mike Minor himself admits he has to work on his third pitch a bit, in order for it to be more effective.

The knock on Minor was his late season bout with fatigue, but to be fair, the bigs are different from the minors so it was to be expected from a rookie.

In addition, it was that late-season fatigue that was said to contribute to that inflated ERA—strangely enough, he still finished with 4:1 strike to ball ratio.

In addition to the aforementioned, Mike Minor’s peripherals were just too good to keep him in the minors for more than two years.

Despite his pedestrian major league numbers from 2010—albeit a bit misleading—there is nothing but upside for a youngster who can throw three very difficult pitches, command the mound with intelligence and provide quality fantasy numbers.

All in all, Mike Minor is a guy whom you will find in the back end of your draft, as well as a guy who you could easily get away spending two or three bucks for in your auction draft. 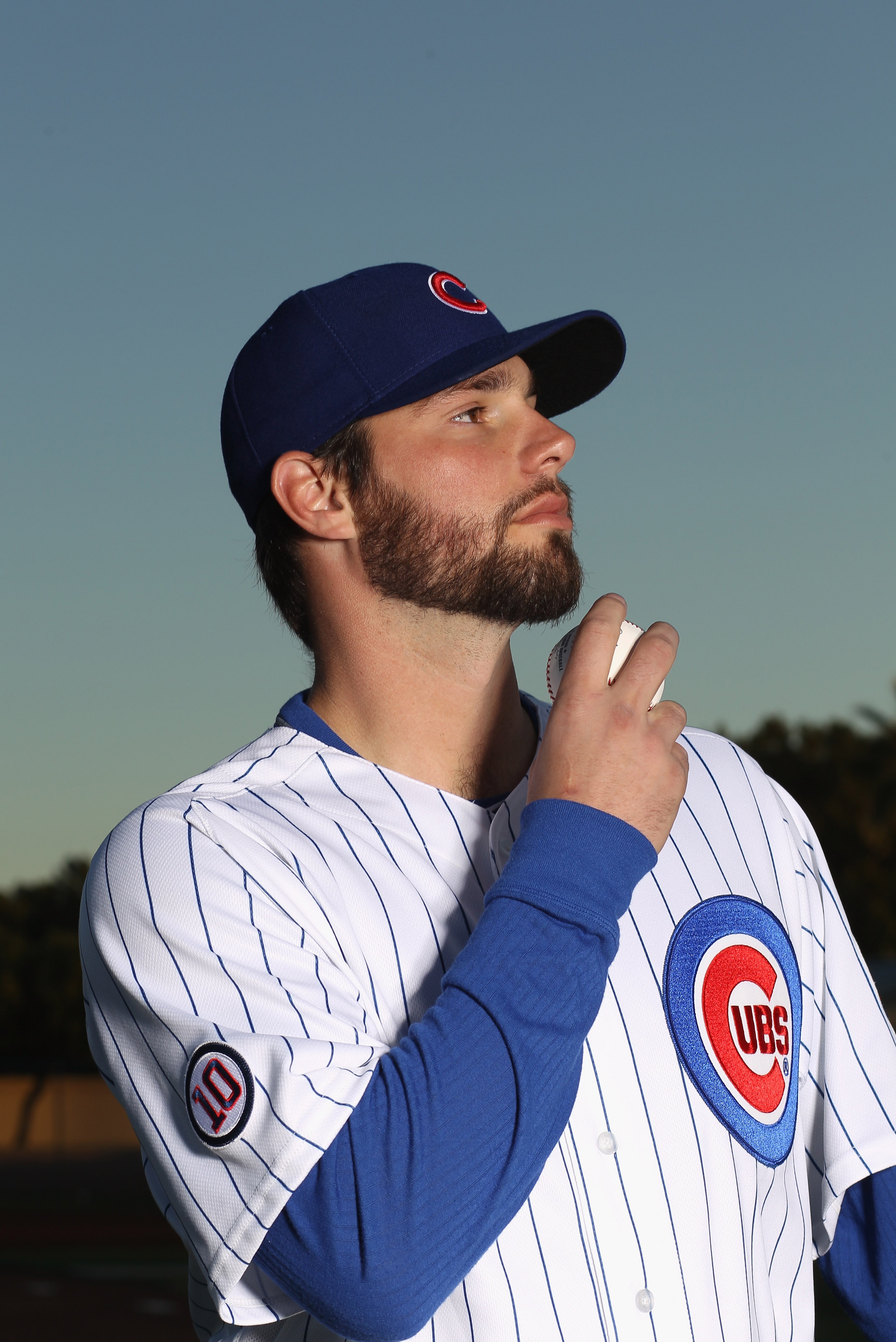 "To breakout or not breakout..."Ezra Shaw/Getty Images

Cubs pitcher Randy Wells got off to a nice start this past weekend, and has more than enough tools to rebound and have a breakout season, especially with an upgraded Cubs team on the offensive side of the ball.

"Other than getting behind a couple of hitters I made some good pitches," said Wells, "I stayed away from the walks, something I have been really focusing on, and I made them swing the bat."

Wells could’ve won a lot more games than he did in 2010 had it not been for extreme inconsistency from the pen and the Cubbies’ hitters.

While he is considered an average strike-thrower (6.1 career K/9 rate) he won’t give up the long ball too much, which will keep his ERA below 4.00, making him a nice late-round target.

But with the offense being upgraded, you have to consider Wells to be in a prime position for a breakout season since his stuff is good, and his insurance policy is a lot better than 2010.

The only knock on Wells is he has been a hittable pitcher thus far, but you could do far worse in the tail end of your draft. 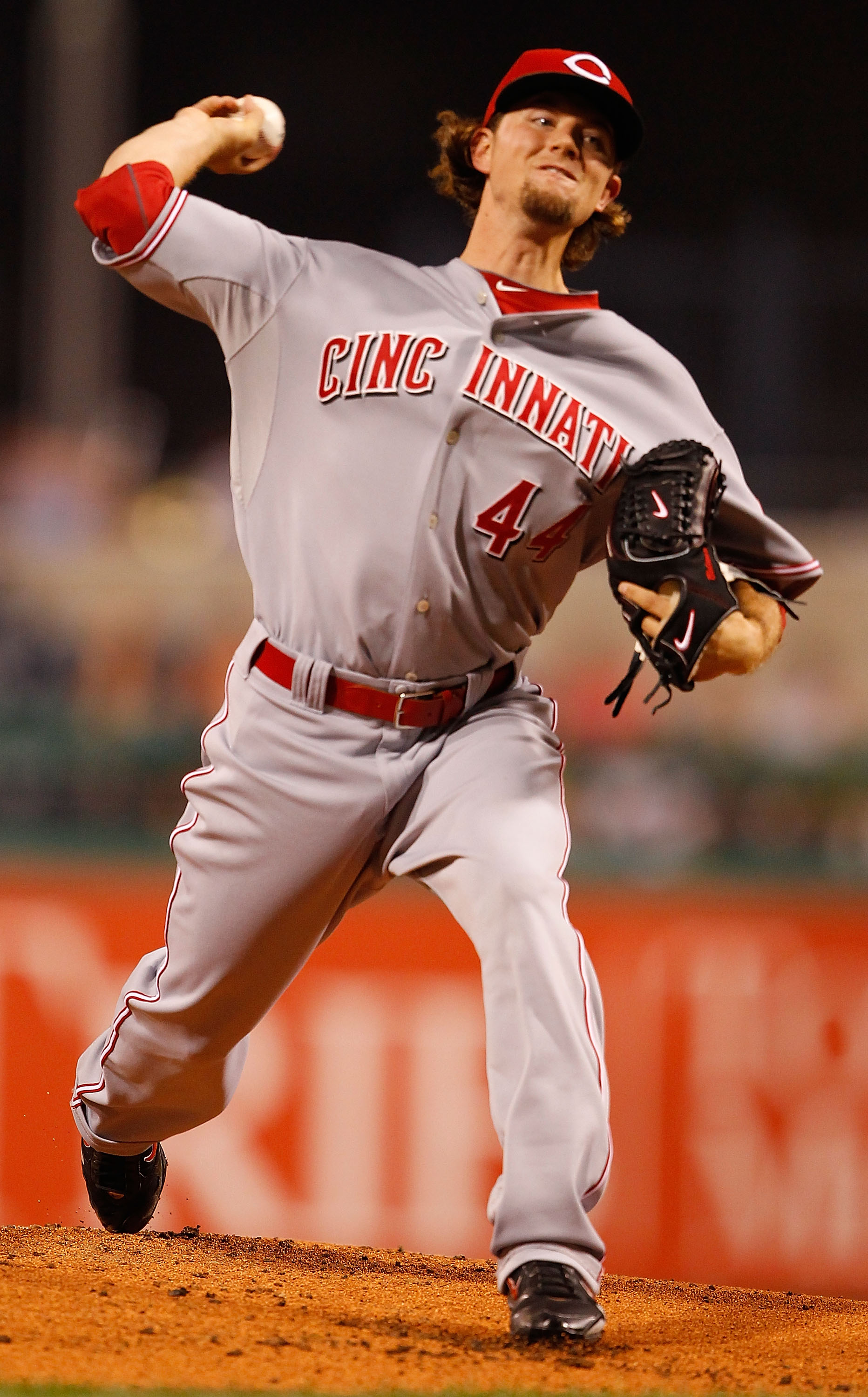 Mike Leake took the fantasy baseball world by storm last year in his first five games, winning every single one. But by year’s end, he was shut down due to shoulder fatigue.

That’s par-for-the-course when it comes to rookie pitchers.

"This year, I mainly worked on getting strength," Leake said. "I wasn't too worried about the endurance part. I know I'll be doing plenty of it during Spring Training and the season."

But the rumor on Leake is the kid bulked up quite a bit, and that added bulk should help the youngster in his sophomore season.

Reds GM Walt Jocketty said that Leake is "100 percent" recovered from the shoulder fatigue that made him miss the final five weeks of the season, which is great news.

With the added strength and the development on his already stellar command, you can also expect Leake to significantly cut down on the hits too, averaging around eight per nine.

For a guy who isn’t hardly being drafted in mock drafts, Mike Leake becomes one of the best overall values, just waiting to breakout this year.

I hope you guys enjoyed this, and I am also covering breakout hitters as well, including one fella in particular you MUST know about.

Interested? Well, if you are then please click here, or, check out my individual Fantasy Baseball Team Analysis.