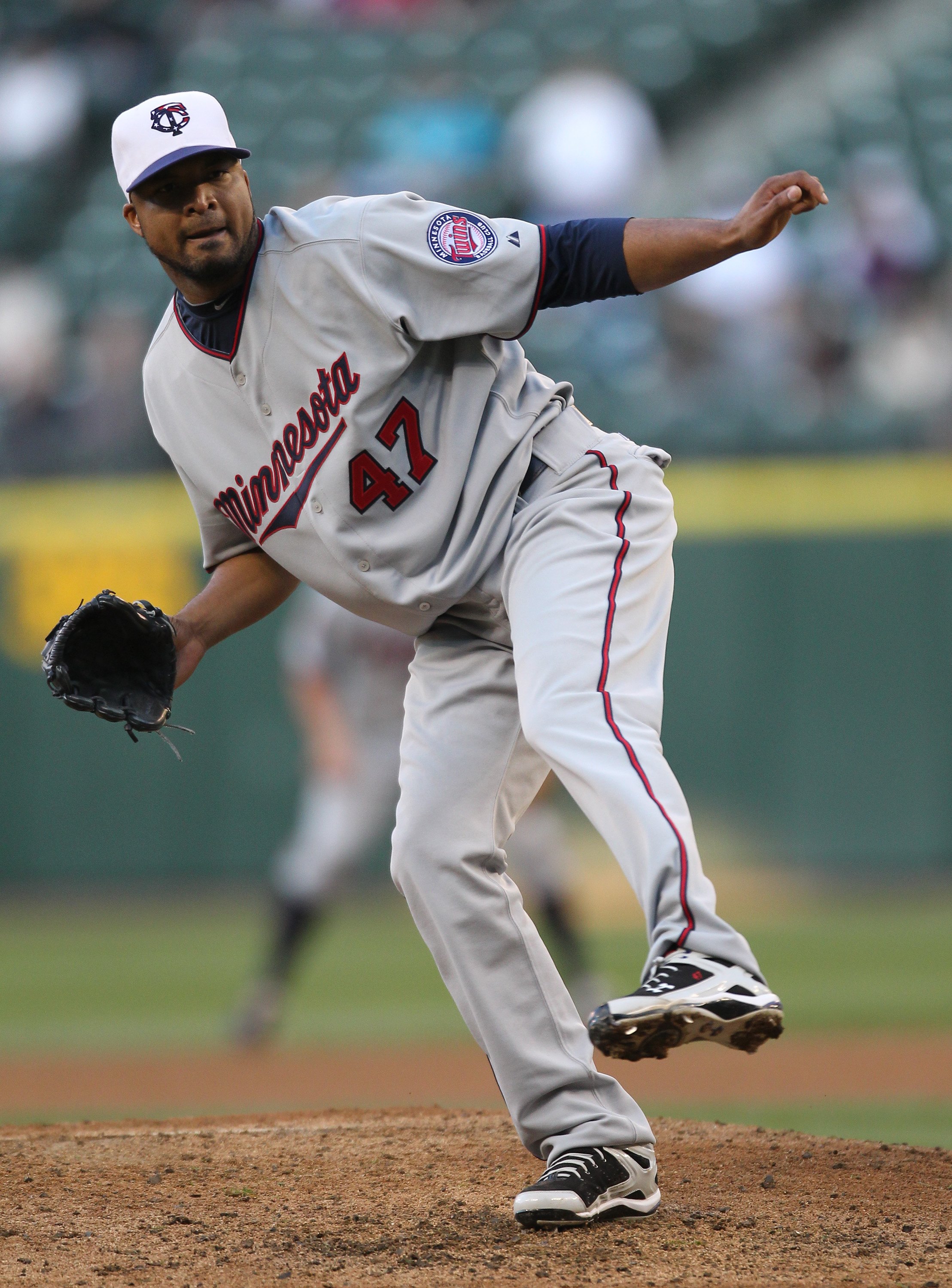 Francisco Liriano has been on top of many recent MLB trade rumors, and teams all around the league seem to be questioning his availability.

Pitching in the Major Leagues can help take a franchise to the top and acquiring a player like Liriano could make or break a team that is looking toward the postseason.

The following are ten teams that could eventually make a deal for the pitcher and should be very interested in his market value. 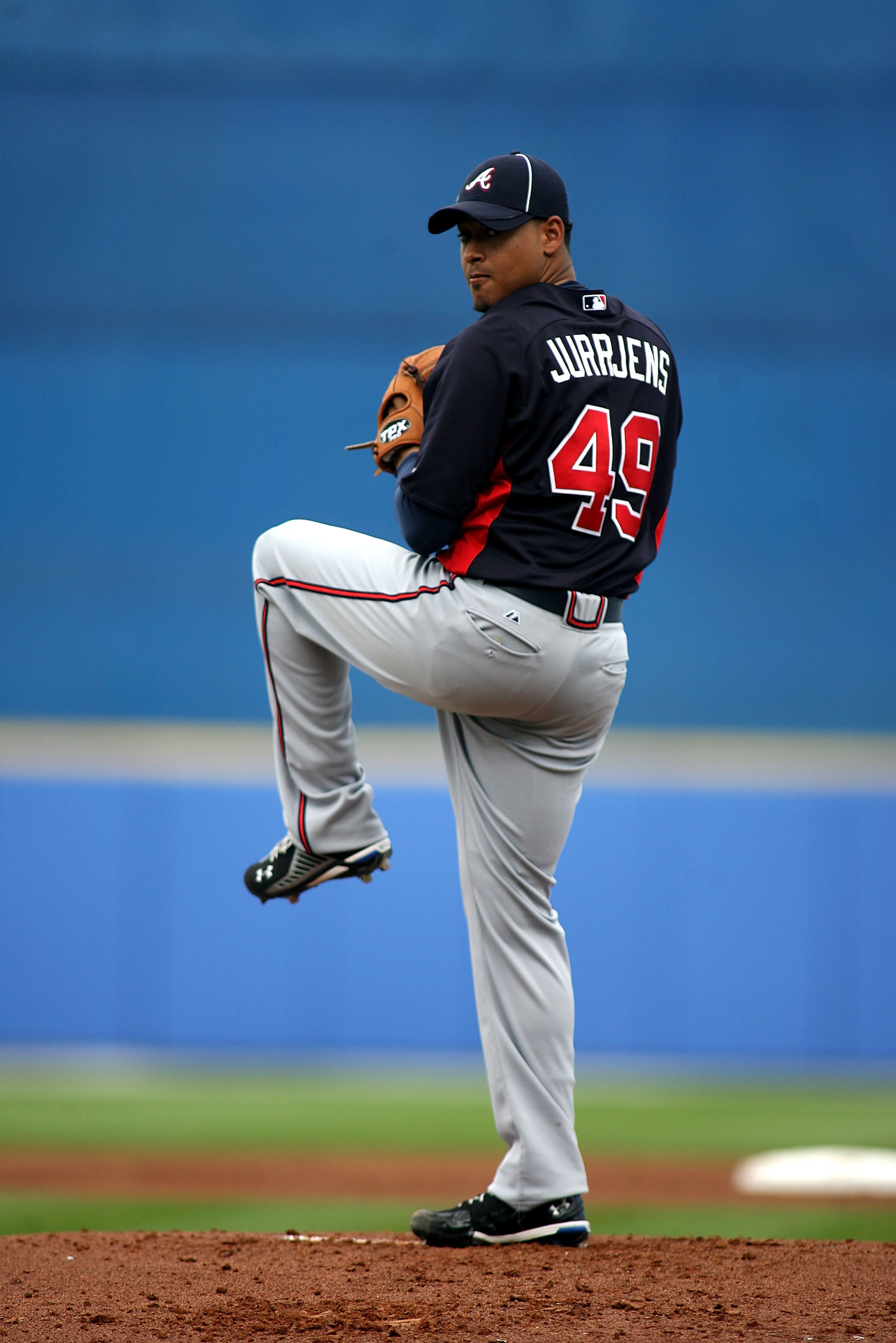 The Atlanta Braves once boasted the best pitching staff in all of professional baseball, but now bolster a rotation that has no big game experience and very few innings of work.

The Braves' young pitchers are talented, but may need more help down the stretch and into a potential postseason run.

Liriano could fit in nicely with Atlanta at possibly the second position in the rotation behind Tim Hudson.

The Braves also would like to add pieces to their pitching staff to match up with some of the better rotations, like the Philadelphia Phillies 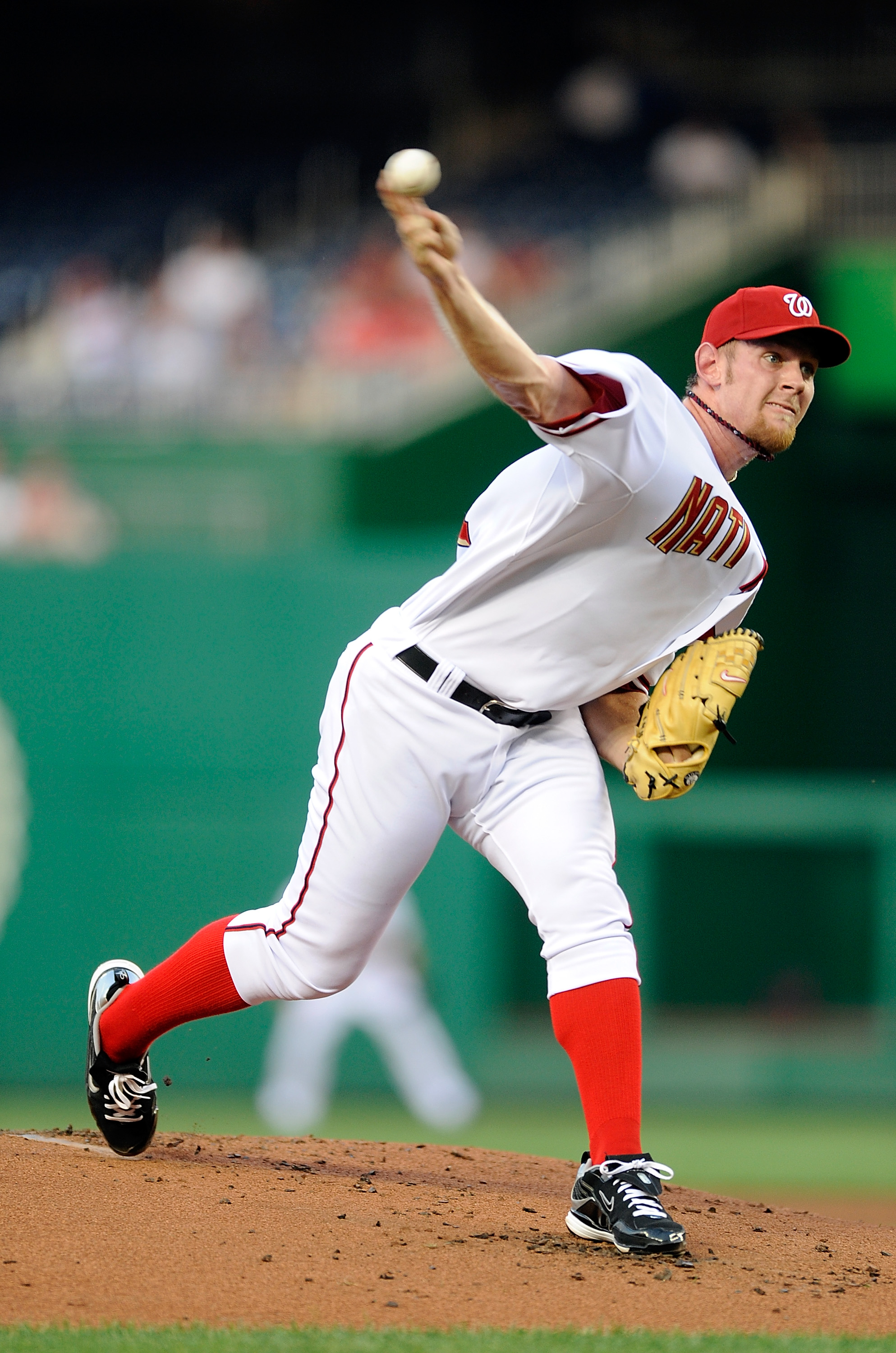 The Washington Nationals began to pull themselves into baseball relevancy last season, as Stephen Strasburg emerged as one of the hottest stars the game had to offer.

Strasburg eventually went down with an injury, and with him went any and all media attention surrounding the Washington franchise.

Luckily, Strasburg will be back in 2011 but has little support around him to help the Nationals work through a very tough division.

Livan Hernandez is really the only other recognizable name on the Nationals' current staff and Liriano could easily become the number one starter until Strasburg is officially healthy. 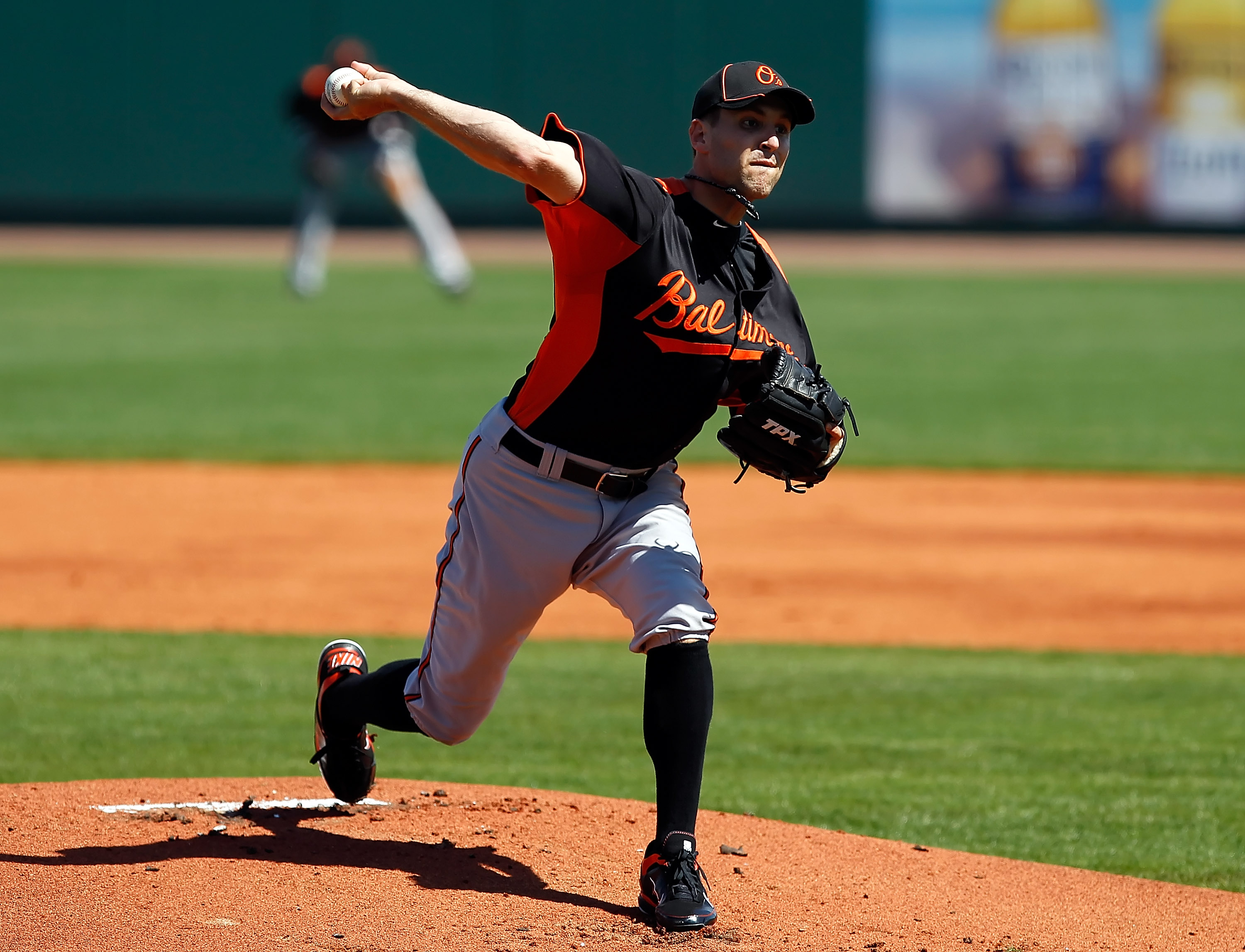 The Baltimore Orioles made some huge moves during the offseason in order to become a division contender with the Boston Red Sox and New York Yankees.

The O's acquired new starters in three separate positions, including J.J. Hardy at shortstop and Derrick Lee at first base.

However, Baltimore failed to acquire a dominant starting pitcher and will more than likely struggle against the star-studded lineups in their division.

Liriano would be a perfect fit in Baltimore for two reasons.

The first of which is that the Orioles' current staff ace, Jeremy Guthrie, has never won more than 11 games in a season. The second would be that Baltimore has not had a dominant left-handed pitcher in the last 10 seasons.

These two factors would immediately make Liriano a fan favorite and give him a sense of belonging in Baltimore, which is one of the things he is currently missing in Minnesota. 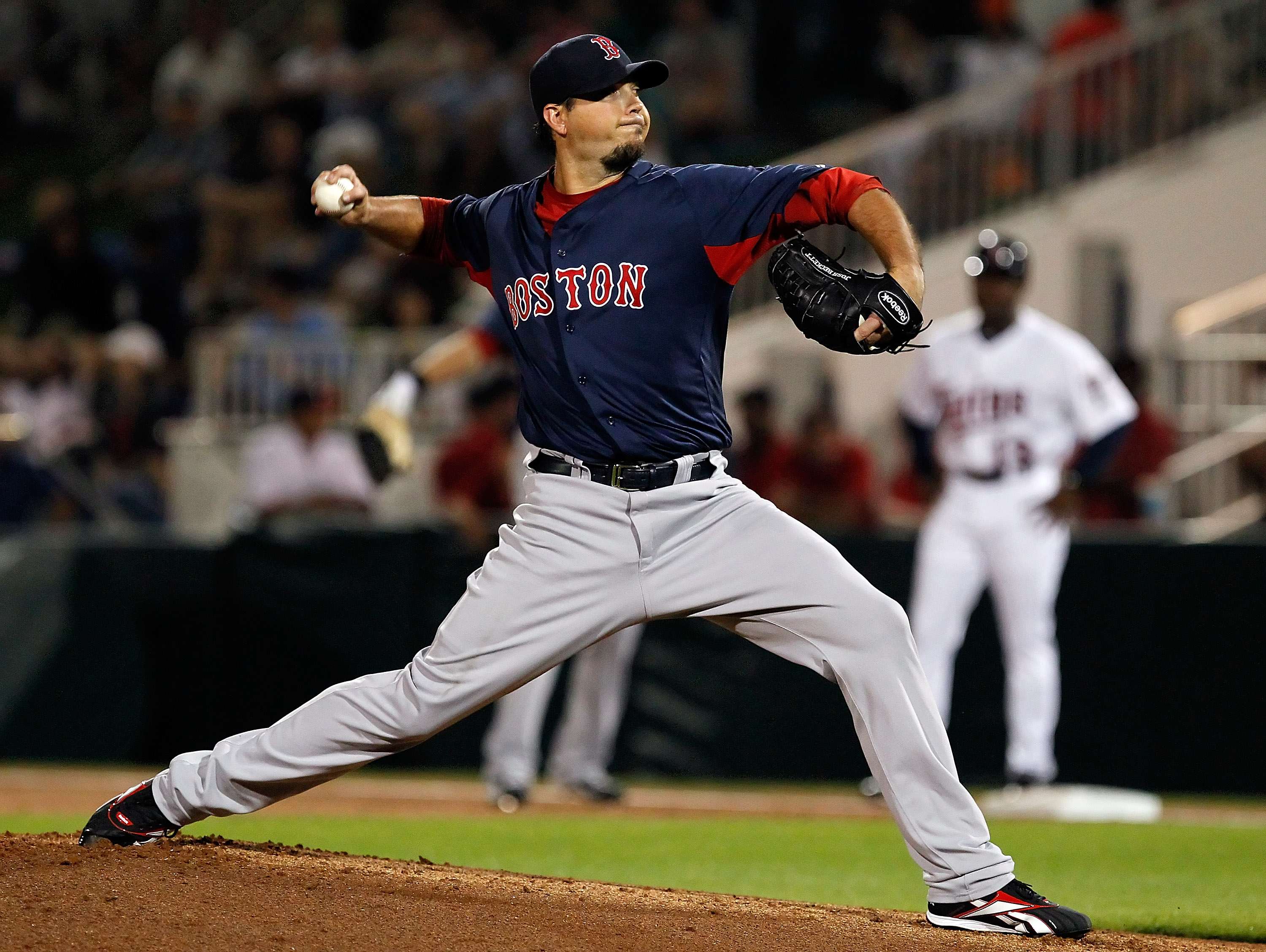 The Boston Red Sox are the second of three AL East teams discussed in this slide show, but probably have the most to gain when it comes to acquiring Francisco Liriano.

Josh Beckett is currently down for the Sox after suffering a head injury during a batting practice session a few days ago. Beckett found himself on the wrong end of a hot line drive and now may be out several weeks.

The Red Sox always have a need for pitching as Fenway Park can sometimes seem like a cracker jack box down the lines. The right field wall is only 302 feet away which gives left-handed hitters a huge advantage.

Liriano could do a wonderful job of keeping opposing left-handed sluggers at bay and also serve as a decent insurance policy if (or when) a current starter goes down with an injury. 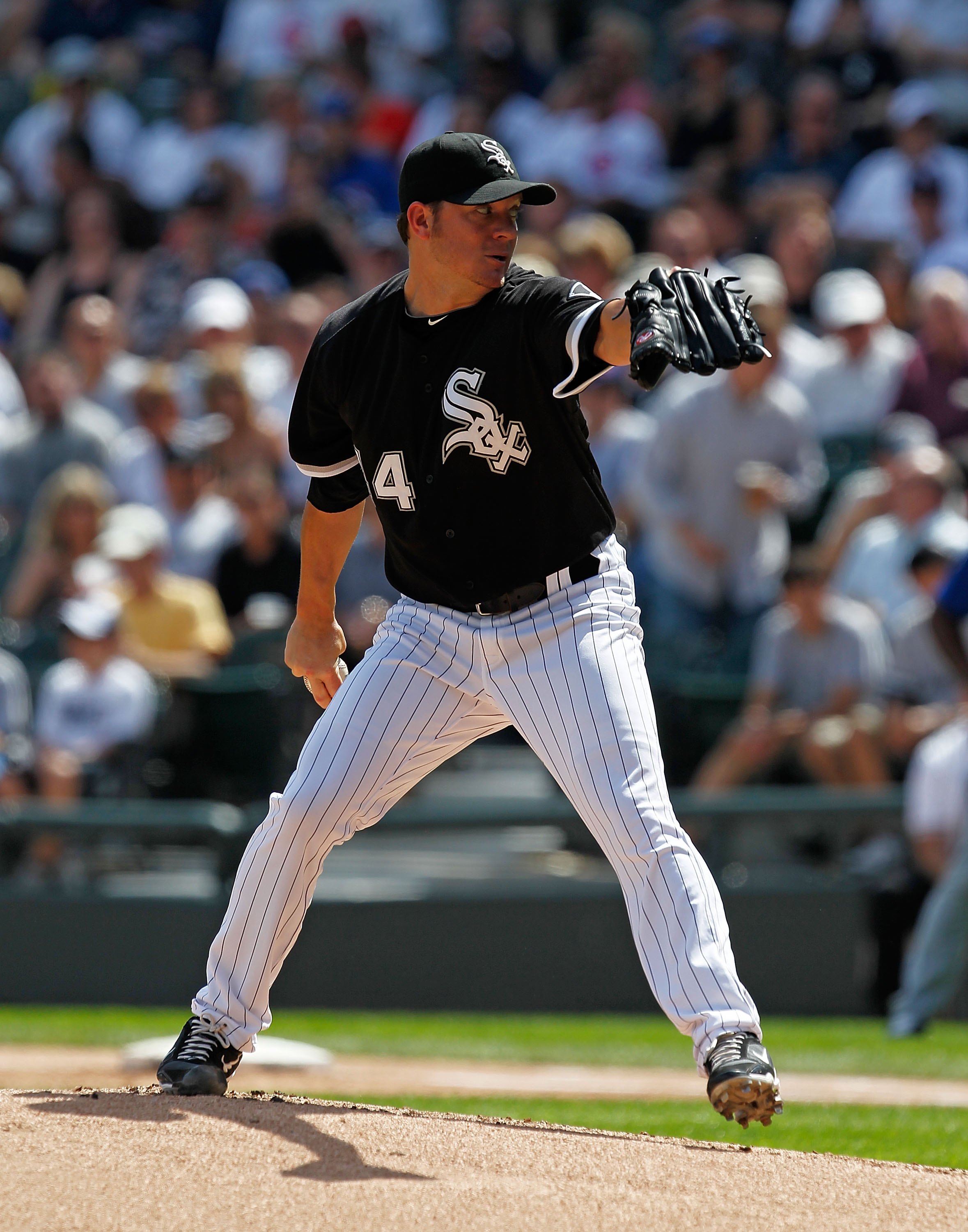 The Chicago White Sox are currently in position to become the powerhouse franchise of the AL Central if they can manage to acquire a few more pieces to the puzzle.

The White Sox already have one of the most solid rotations in baseball as former All-Stars Mark Buehrle and Jake Peavy are listed at one and four respectively. Gavin Floyd is a younger arm that has found his way into the rotation and will likely be a spot starter along with John Danks.

If the White Sox could land Liriano it would do two major things to the franchise.

First of all, it would take a key element away from a division rival in the Minnesota Twins and secondly, it would give the White Sox the second best rotation in the MLB (behind Philadelphia). 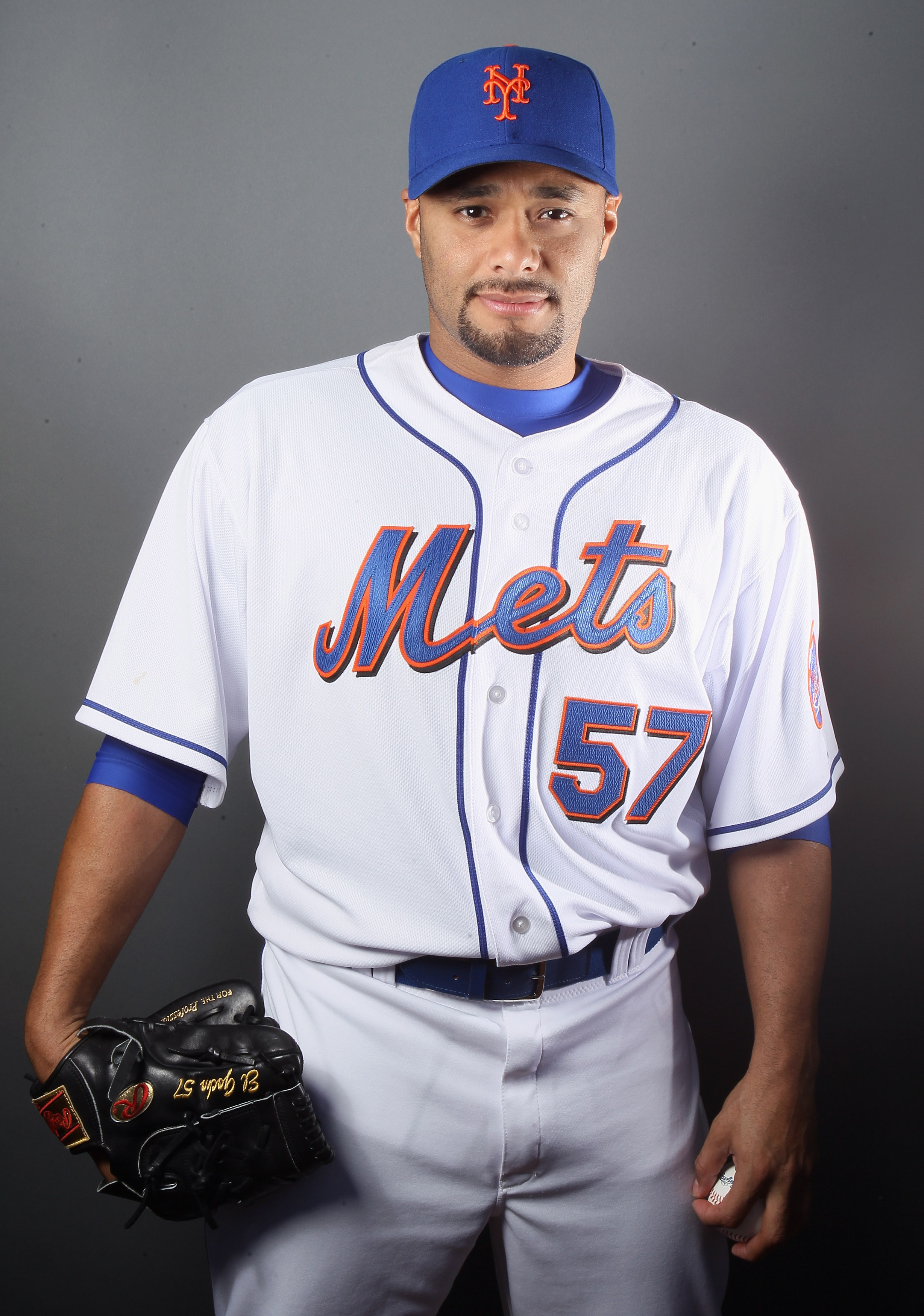 The New York Mets are currently a little shorthanded when it comes to starting pitching as Johan Santana may be out until the late summer months.

Santana is recovering from rotator cuff surgery and his absence leaves the Mets without a very strong option as a left-handed starter.

Liriano would be able to fill that void and would also be the missing piece to one of the best starting pitcher combinations in history, upon Santana's return.

The Mets are always in the market for key players and Liriano should be no different, even if his numbers aren't quite what they used to be. 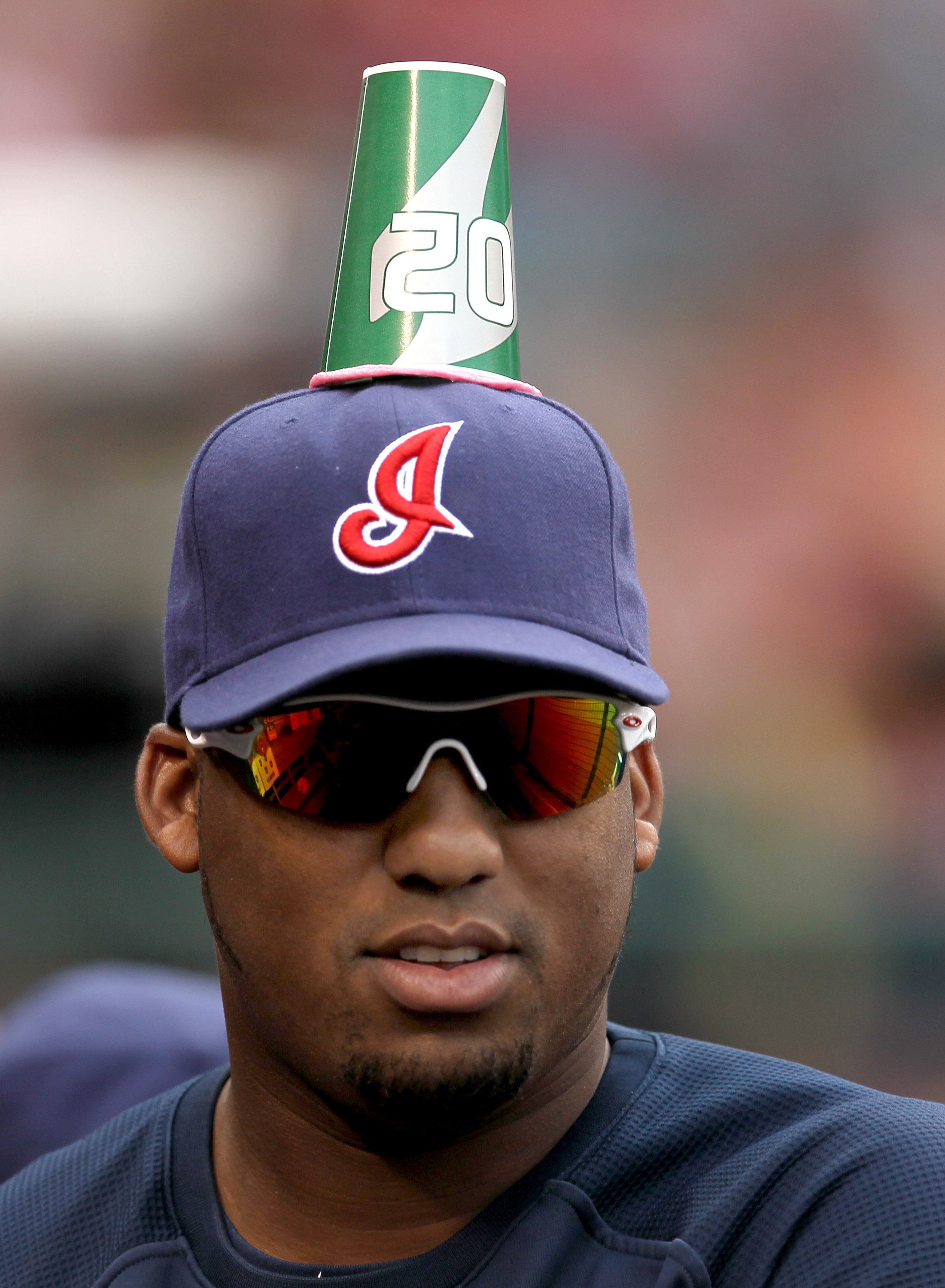 The Cleveland Indians are currently in the middle of a key transition period for the franchise, and Fausto Carmona is listed as the number one starter moving forward.

Carmona's career has been inconsistent at best and the Indians lost stability with the departure of Jake Westbrook some time ago.

The city of Cleveland and the Indians franchise need players to rally around and breathe new life into the organization, and Liriano could easily become one of those cornerstones.

Liriano knows the AL Central very well after playing as a member of the Twins for several seasons and pitched many games in Cleveland. 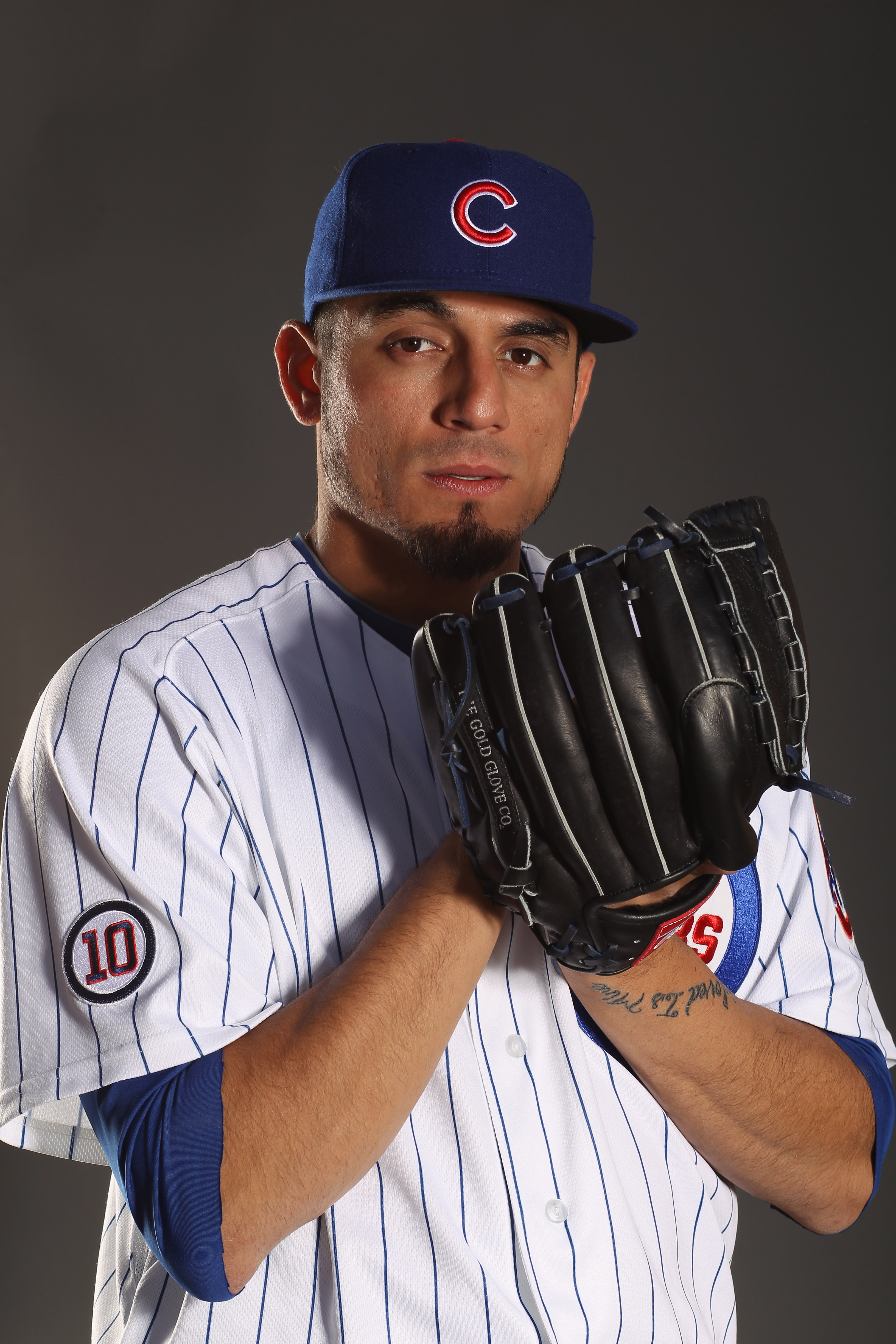 The Chicago Cubs worked endlessly this offseason as they acquired one of the best pitchers in the game, Matt Garza.

The Cubs have a chance to move leaps and bounds above the competition in the NL Central as the St. Louis Cardinals clubhouse is surrounded by off-field issues and the Milwaukee Brewers have become notorious for slow starts.

The Cubs rotation could become one of the National League's elite with the addition of Francisco Liriano.

Garza and Liriano both spent time together in Minnesota before Garza's real emergence into one of the game's best pitchers. 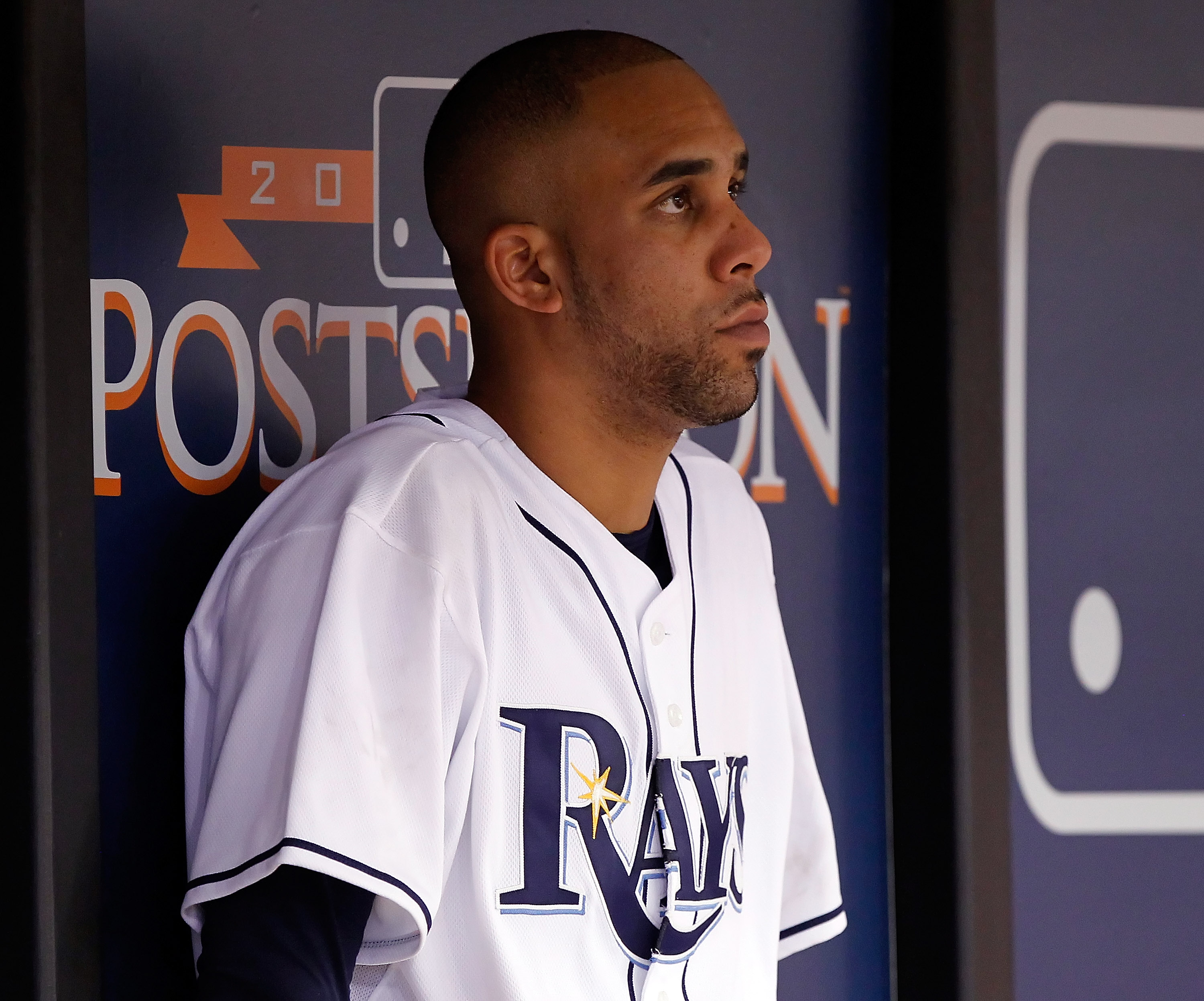 The Tampa Bay Rays have been one of baseball's best stories over the last several years and many baseball followers hope they can continue their winning ways.

The small-market Rays have competed with the corporate giant Yankees and Red Sox and have made significant postseason runs before ending up on the losing end.

This year, the Rays lost Matt Garza to the Cubs and with him went a key part of the rotation.

David Price is still fine-tuning his game and could use more experience at the big league level.

Liriano would fit in with the Rays as a number three starter in the rotation and also serve as another left-handed option beside Price. 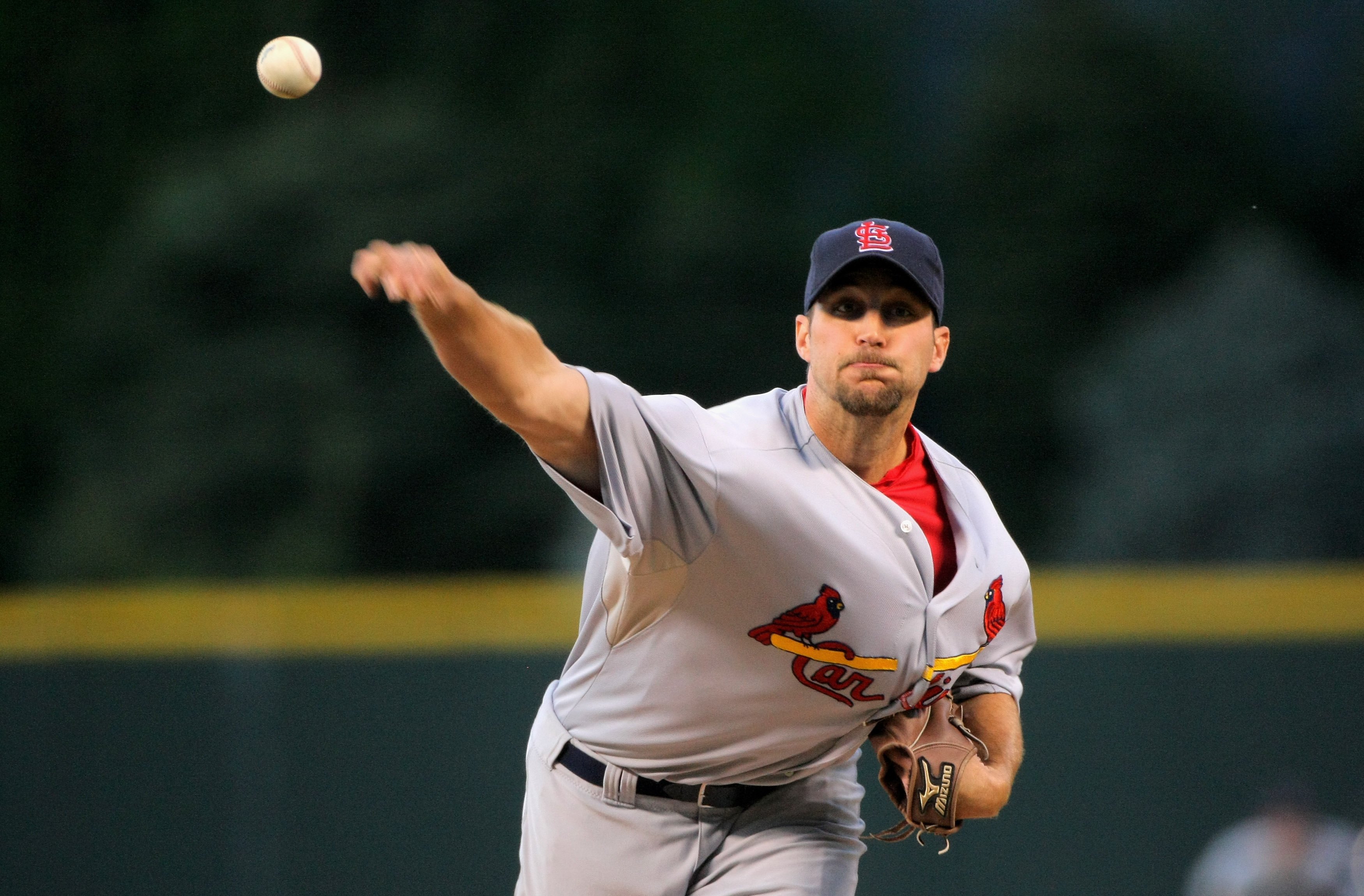 The St. Louis Cardinals are currently in position to have one of the most talked about seasons out of any professional baseball team this year.

Other than the Albert Pujols contract negotiations, Adam Wainwright was lost for the year with Tommy John surgery and Chris Carpenter has become the recent subject of trade rumors.

The Cardinals need an addition to their staff to compensate for the loss of Wainwright, and Liriano may be the best option available to them in the immediate future.

If Carpenter decides to walk after this season, the rest of the rotation will have an expanded role, and it could be in the teams best interest to obtain a former All-Star like Liriano.

Who Else Should Be Targeting Liriano? 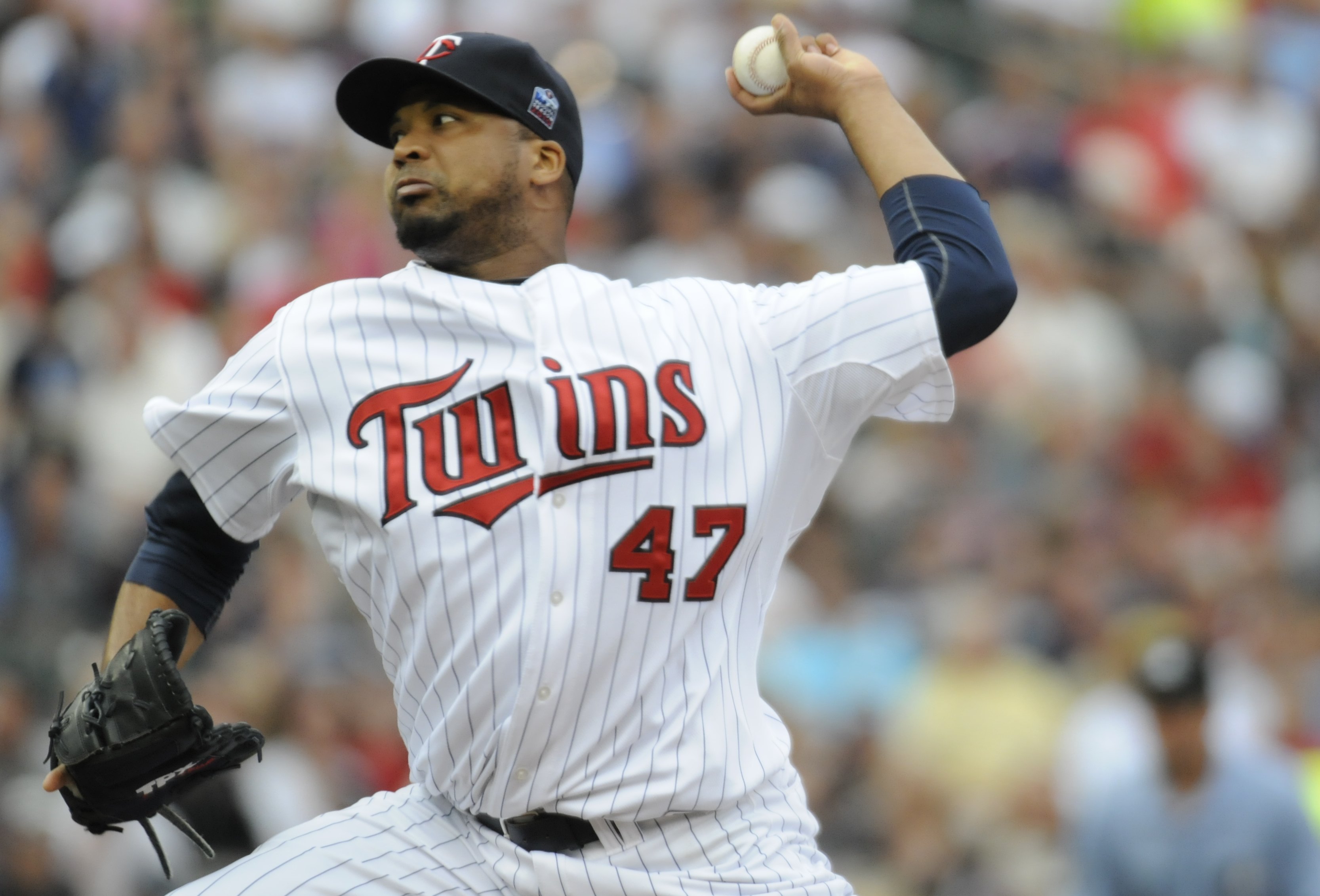 Every team in the Major Leagues can benefit from acquiring a great player like Francisco Liriano.

Voice your opinion and tell the Bleacher Report world who should be targeting the crafty left-hander.