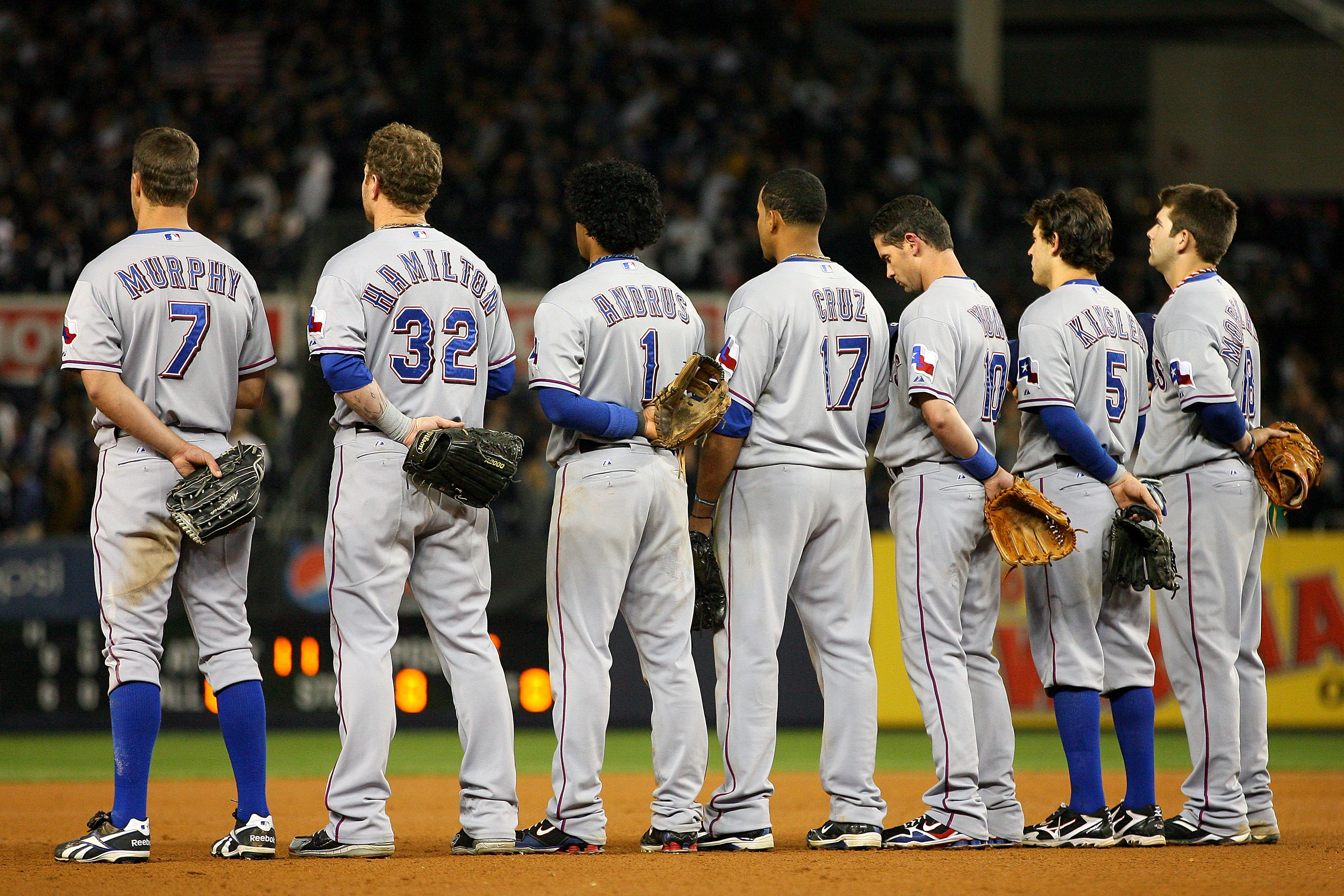 This is part two of a three part series where I am ranking the top 30 major league players on the Texas Rangers roster. In part one I covered players 30-21, which was mainly players on the fringe of the 25 man roster and younger players who will contribute at some point during the season. The players ranked 11-20 are not quite core players, but they are more so components of the Rangers. Every team has a few stars at the top of the roster and average players that fill out the bottom of the roster, but its the middle section of a team that puts a team over the top. The Rangers have a more talent than most in this area, let's take a look. 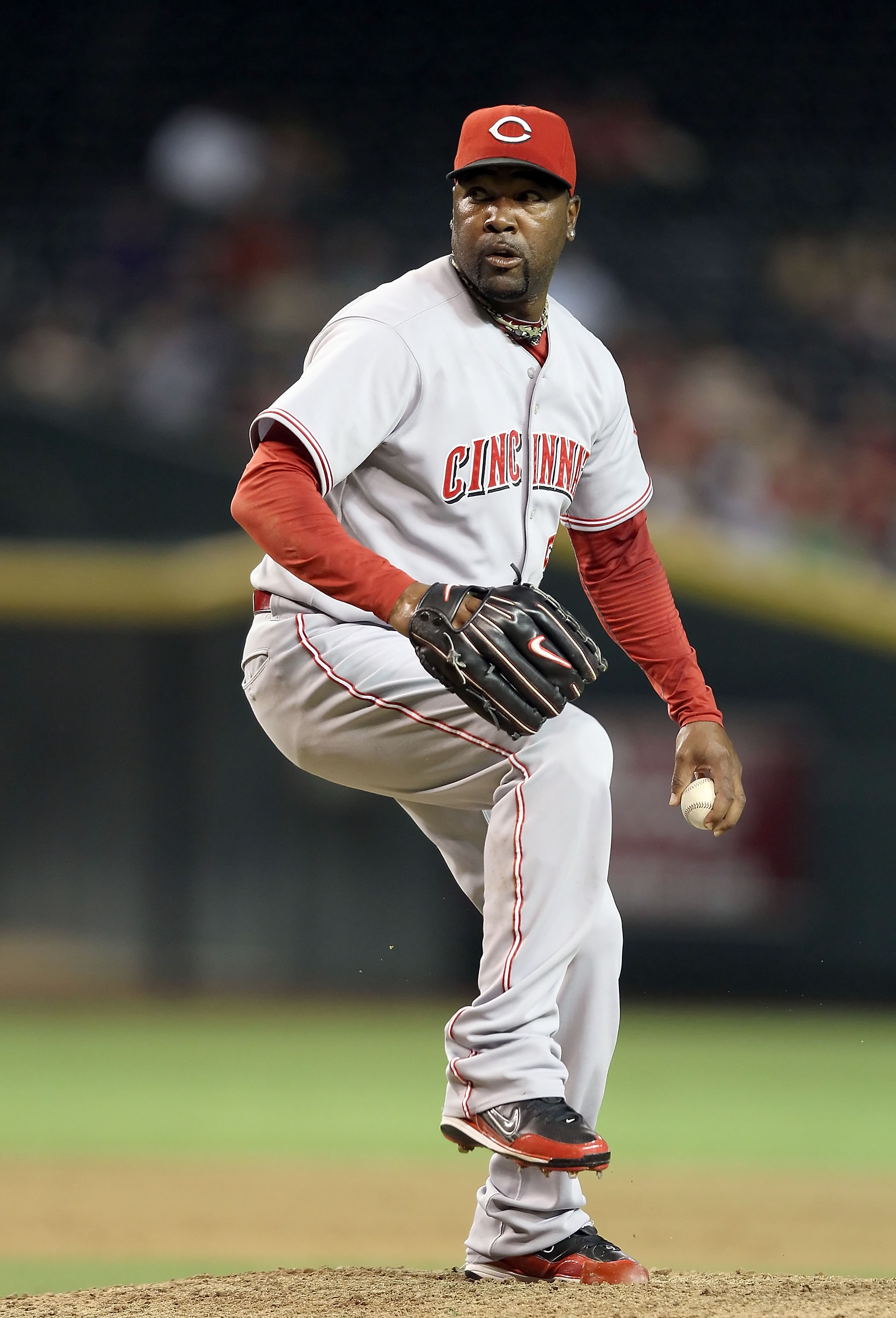 The 41 year-old, left-handed relief pitcher signed a two year deal worth $7.9 million with the Rangers this winter. Not many 41 year-olds get multi-year deals and not many have been as effective as Rhodes has been over the past three seasons compiling ERAs below 2.53 over 143.2 innings while striking out 138 batters. Rhodes will provide a second lefty out of the pen to compliment and lighten the load of Darren Oliver, who was lights out the first half of the season and wore down in the Texas summer heat in the back half of 2010. Having Rhodes along with Oliver give Ron Washington much more flexibility and options in 2011. 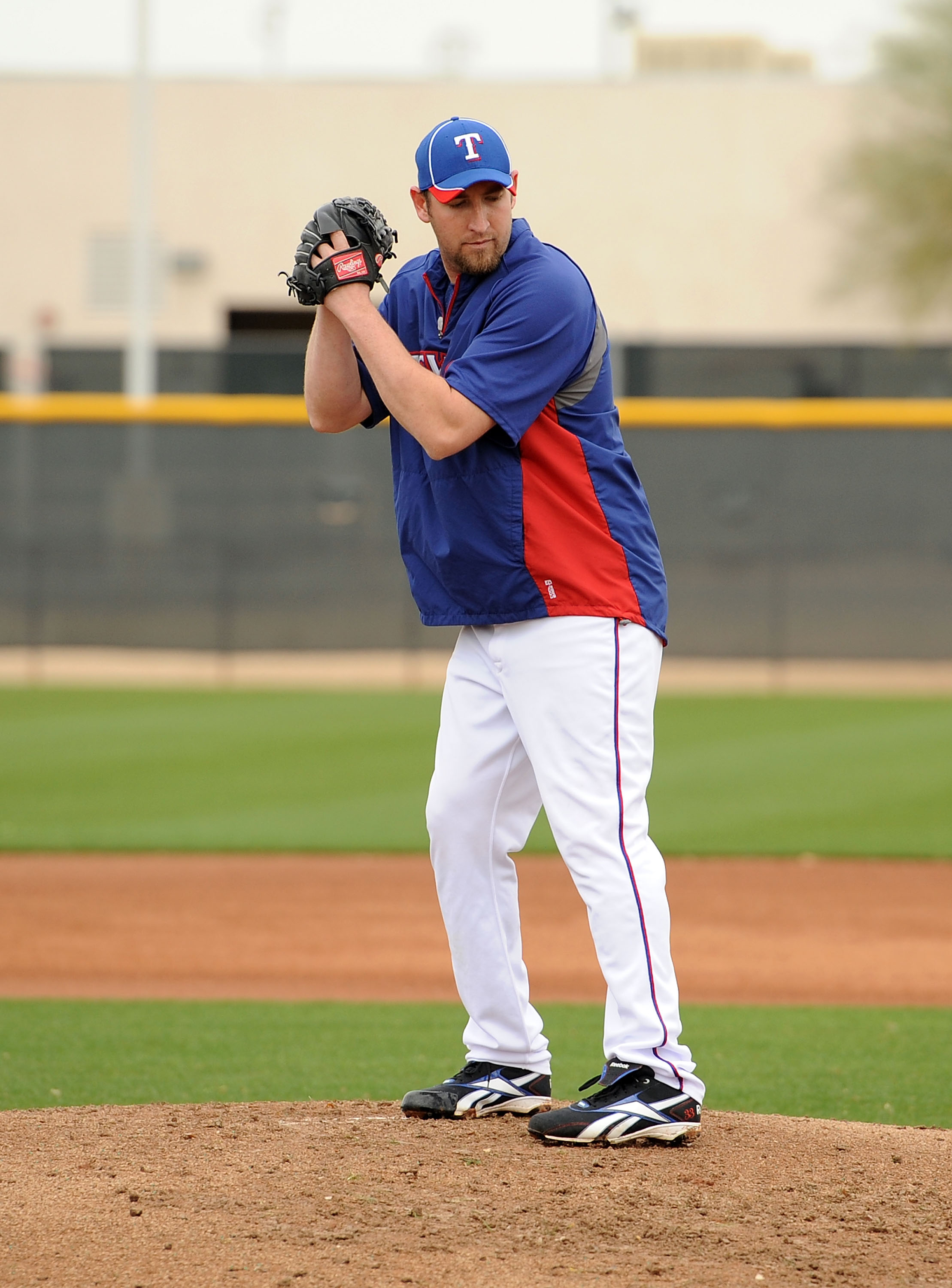 If this were 2008, Brandon Webb a Cy Young talent, would be somewhere in the top three in this type of ranking. Its not, its 2011 and Webb has missed the past two seasons due to injuries. By season's end Webb could prove to be one of the most valuable pieces on the Rangers, but only if he could return to form. For now Webb sits in the middle of this talented Rangers squad. The Rangers unlike years past don't have to rely on a pitcher of Webb's state to lead their staff, they have others in place to do so. The front office is optimistic about his health, yet cautious in not relying on him for any innings as of yet. 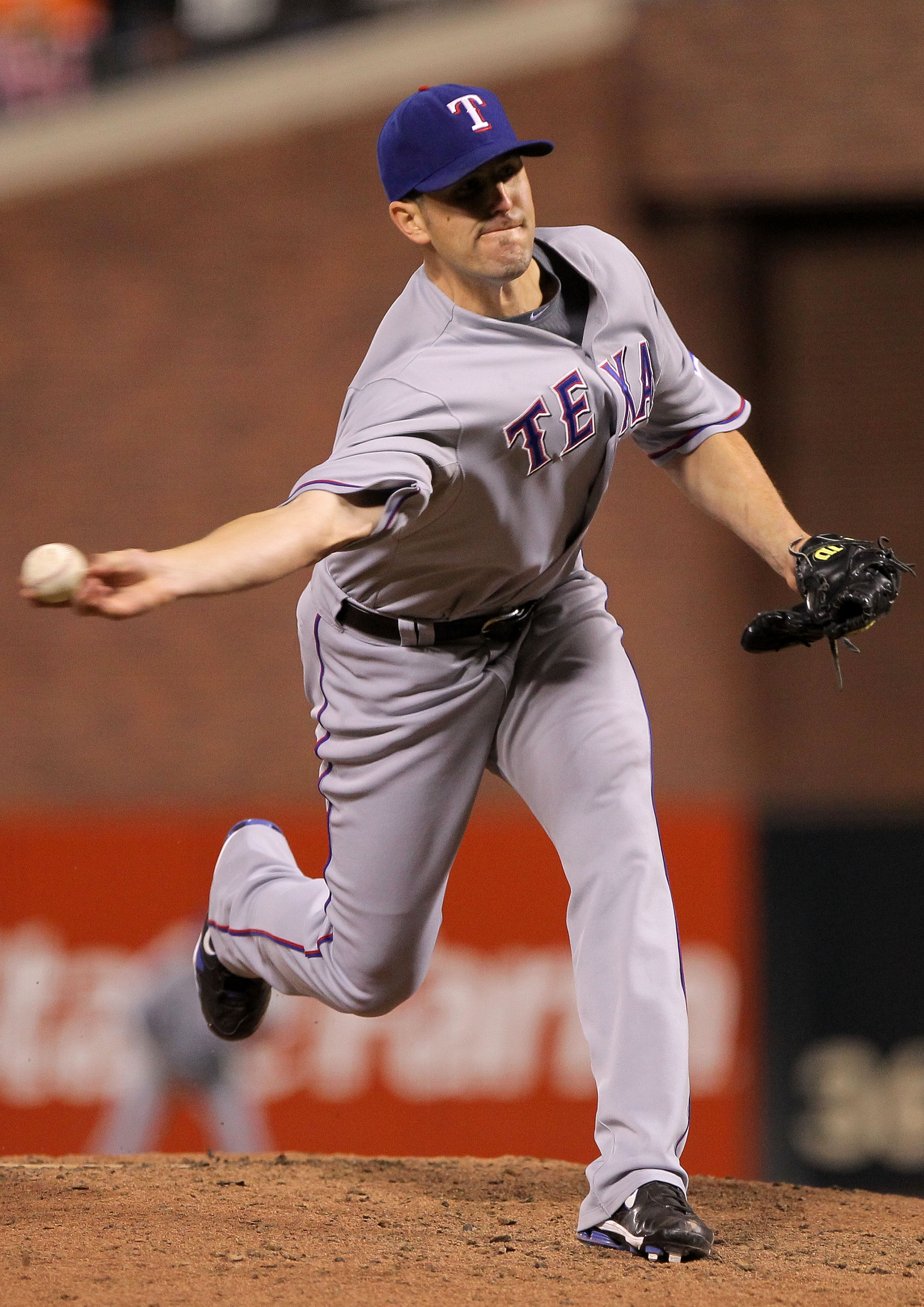 Darren O'day has been everything you could have hoped for when the Rangers claimed him off waivers in April 2009. Since then the righty side-armer has posted ERAs around two and WHIPs below one in his two seasons in Arlington. O'day is suited well for mid-relief. He struggled in the playoffs when he was promoted to set-up for Neftali Feliz, in the absence of Frank Francisco. He should continue to provide high quality mid-relief innings for the Rangers in 2011 as long as he's not pushed into another role. 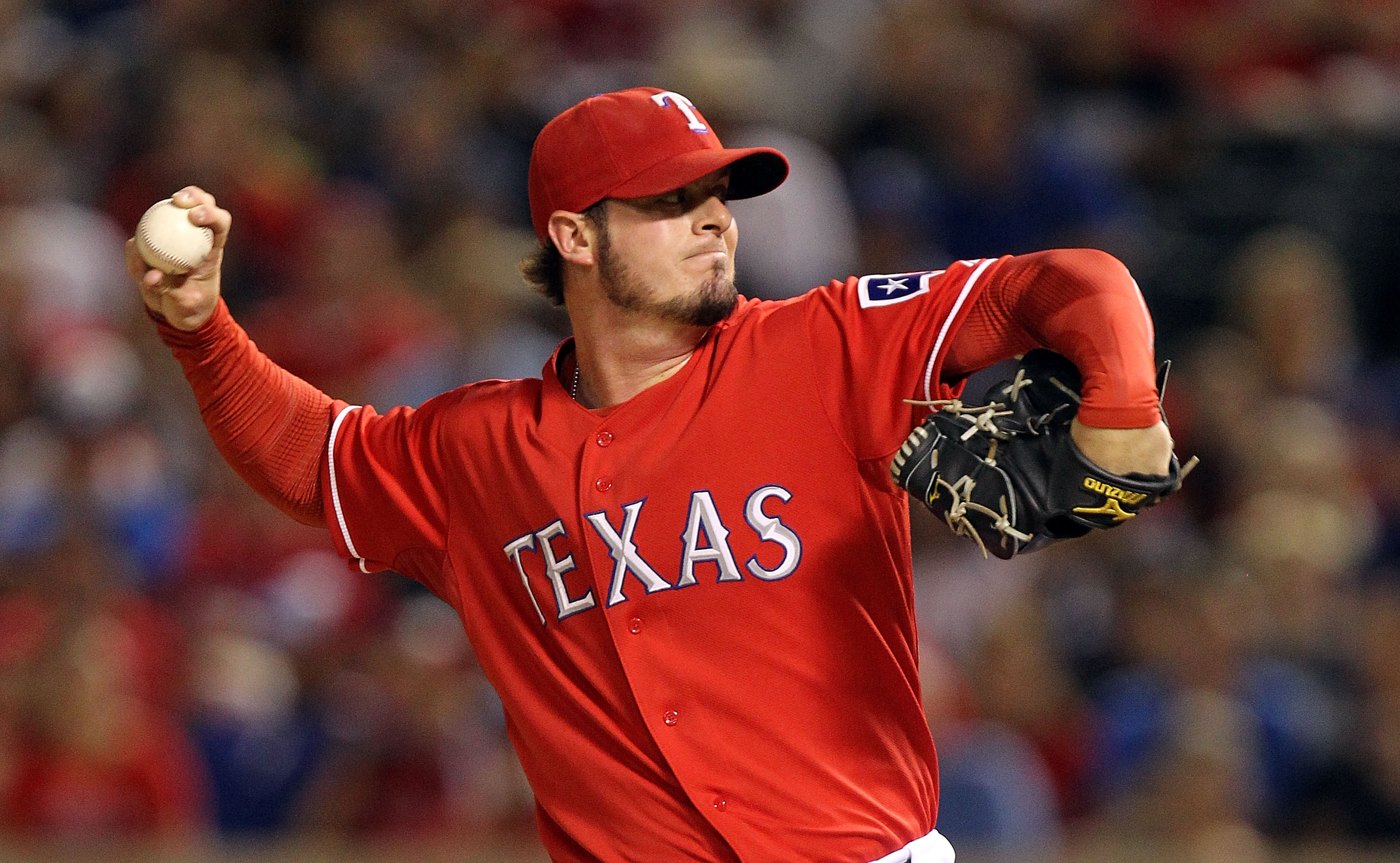 Mark Lowe was acquired along with Cliff Lee from the Mariners last season. He was reportedly a deal clincher for the Rangers, they had to have him in the deal. The former University of Texas at Arlington Maverick was injured when the trade was made and it was unclear if he would play at all in 2010 for the Rangers, however he got healthy and pitched in the post-season. The Rangers made the deal for Lowe with an eye on 2011 because they knew Frank Francisco would not be around this season. So presumably the Rangers feel Lowe is capable of pitching at Francisco's level as a set-up man to Neftali Feliz in 2011. 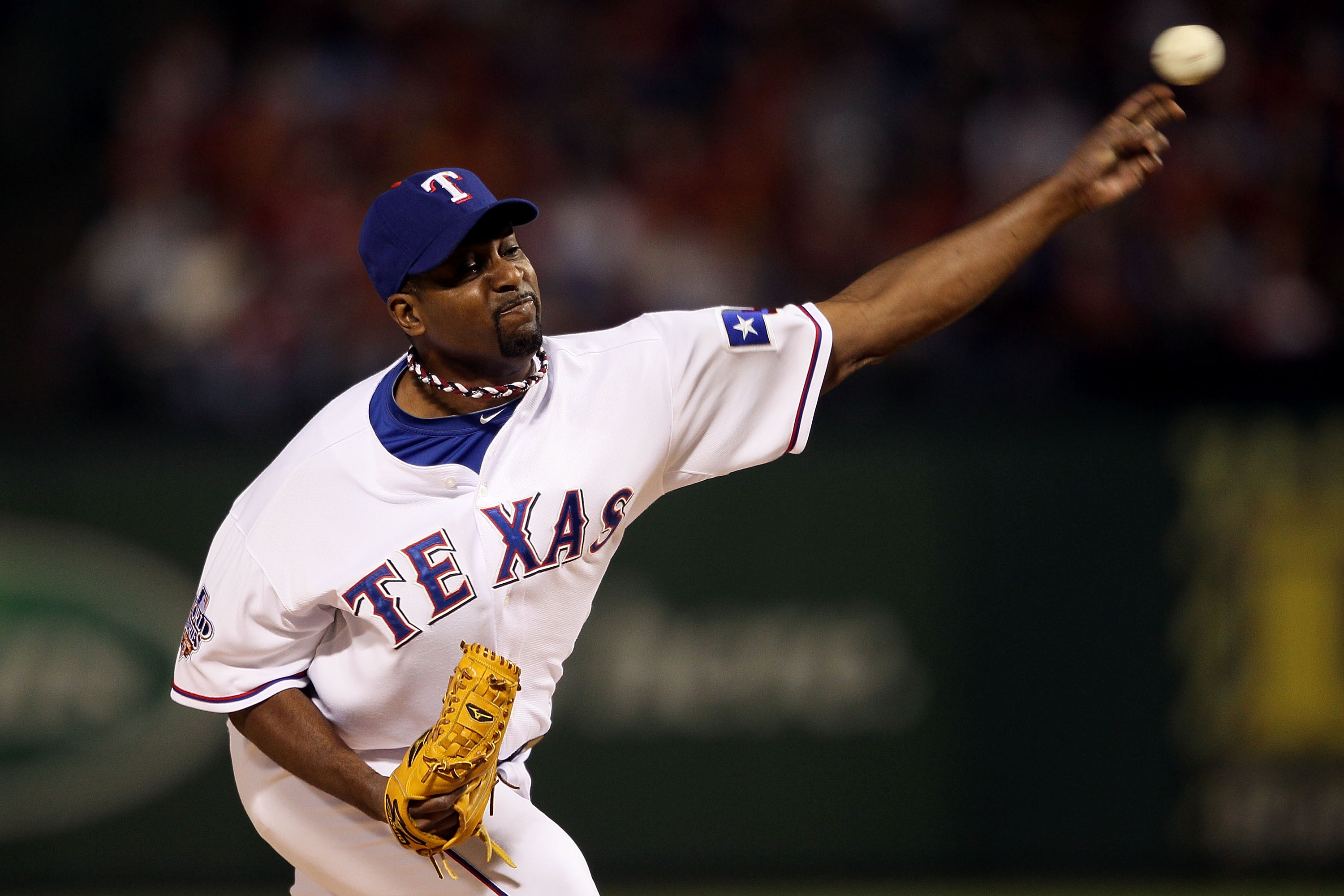 Darren Oliver is the leader in the Rangers bull-pen. He had a spectacular first half of 2010 in his return to Arlington. Unfortunately he was overused by Ron Washington and wore down as the season progressed. Oliver no longer has to be the go-to-guy for Wash, he now has multiple capable relievers. I ranked the majority of the bullpen in the middle group of players because relievers are prone to sporadic performances. The Rangers wisely attempted to combat any inconsistencies among the bullpen by loading up this winter on relief pitchers. 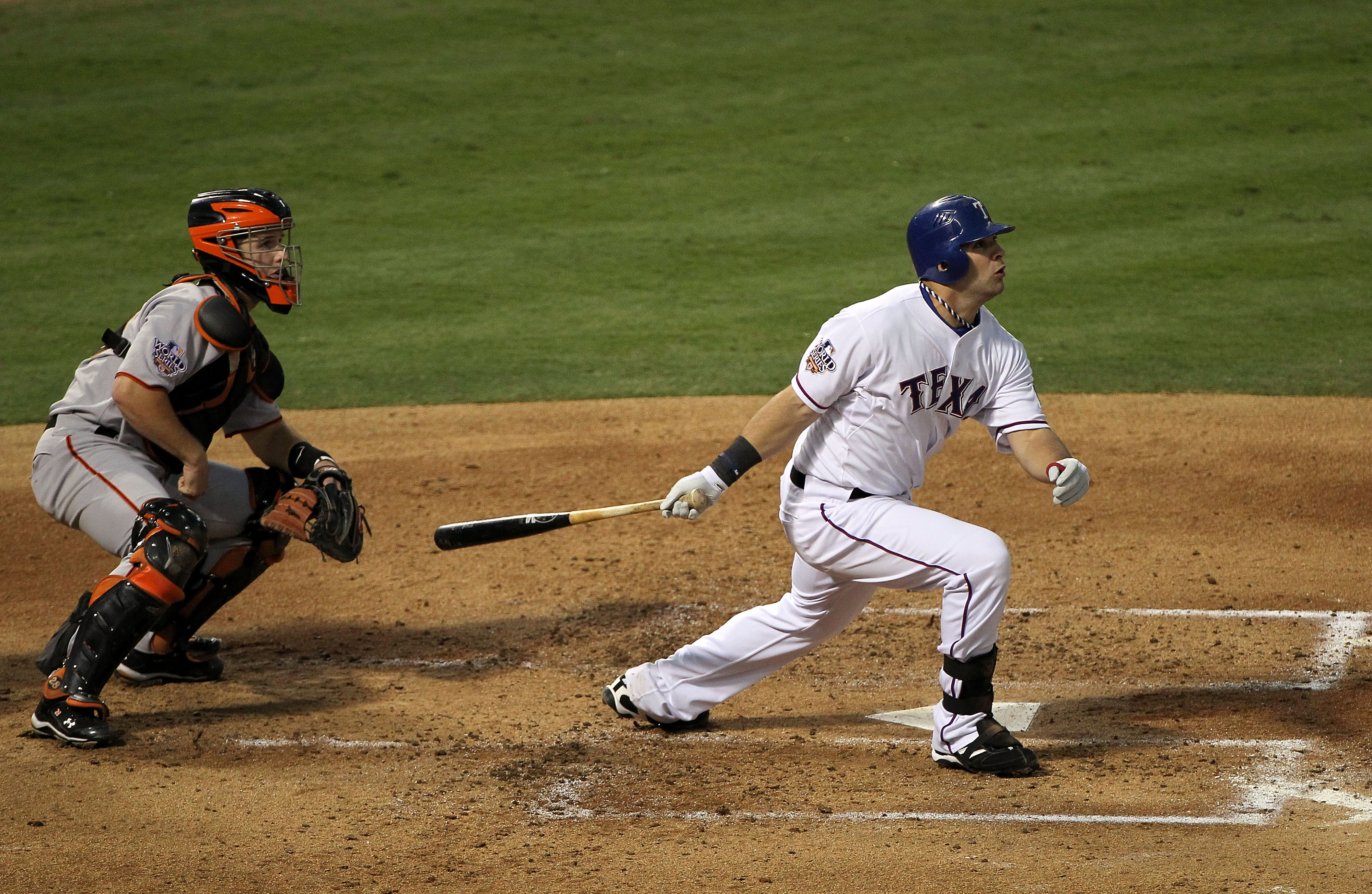 Mitch Moreland capped off an impressive 2010 campaign by hitting .348 in the playoffs. He is now set to be the opening day first baseman. Going into his first full season, the Rangers won't be counting on much from him. He will likely bat seventh or eighth and as long he can fend off Chris Davis by hitting above .200 and not striking out half the time, he should finish the season as the first baseman as well. Only caveat is Mike Napoli, who will steal ABs away against lefties and Michael Young who could to see extended time at first too. With so many options at first base Moreland may be limited this season, but if he hits .348 this is all moot. 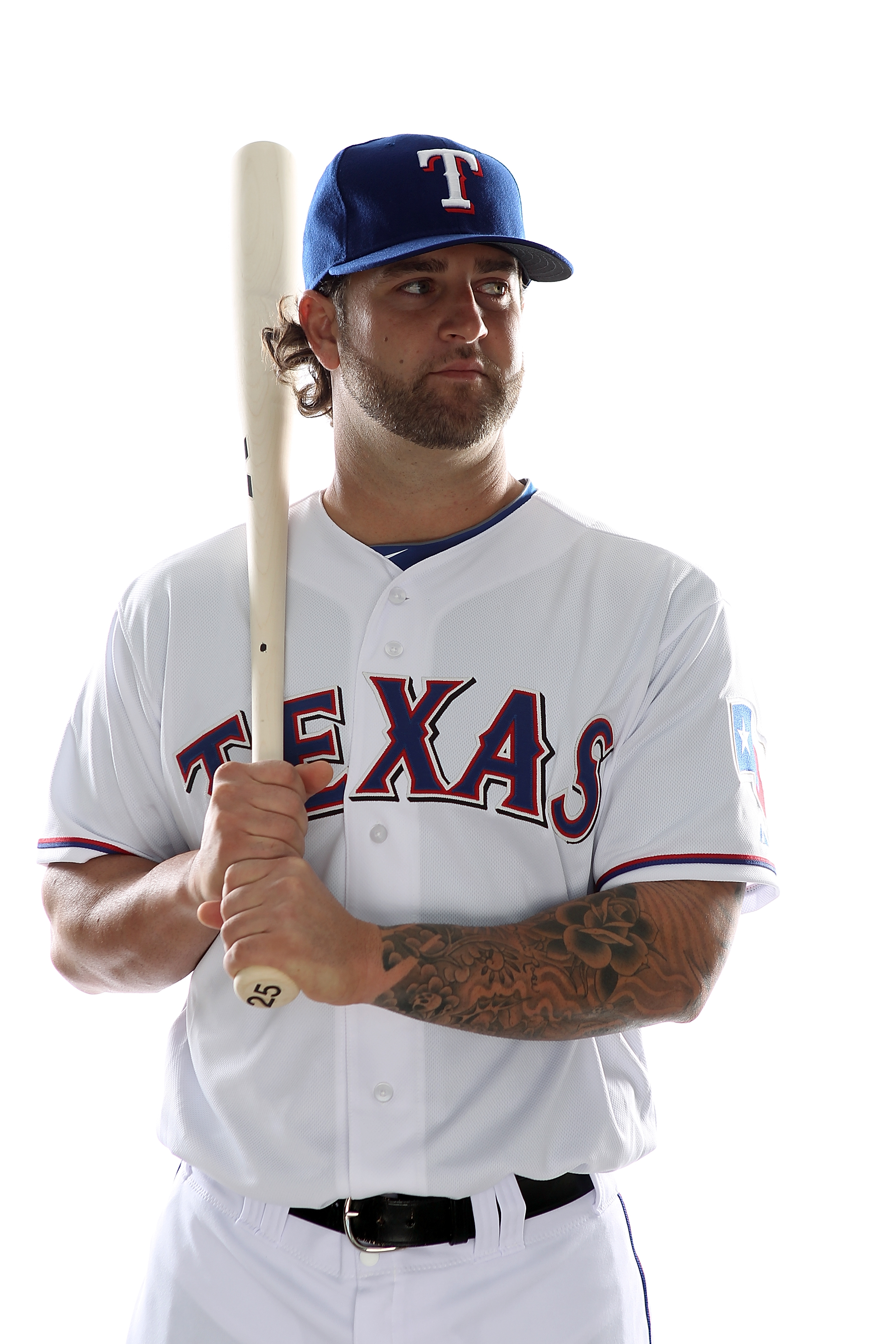 Mike Napoli over the last three seasons has hit over 20 home runs in limited action and has also crushed lefties to a tune of a .310 batting average and .987 OPS. In that same time period he hit .239 versus right-handers, the Rangers are very aware of this and will play to their strength and likely have Napoli in the line-up against every lefty and sparingly against righties. He will also provide excellent depth behind the plate while accommodating Michael Young and Mitch Moreland at first base as well. Napoli along with Adrian Beltre will more than pick up the slack left from Vladimir Guerrero's departure. 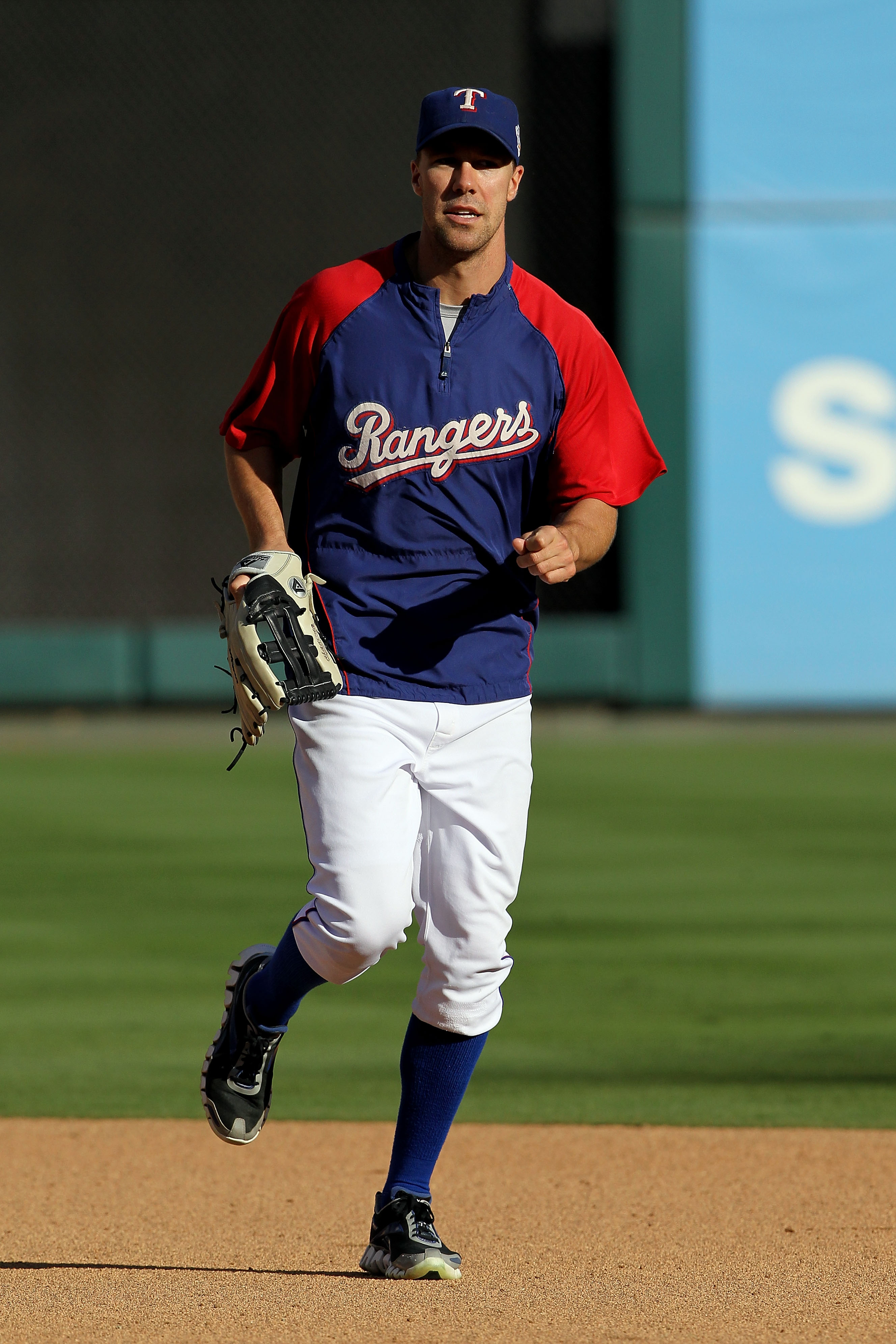 David Murphy has had more than 400 ABs the past three seasons even though he gone into each season with no real role carved out for him and 2011 is no different. He's arguably the most valuable forth outfielder in the league, one because he's good enough to start in most team's outfield and two because Josh Hamilton and Nelson Cruz regularly miss 80 games combined a year. Which is why the Rangers never give him a role, because he just has to wait for one to open up. Also he's under Rangers control through 2014 and while his cost is rising through arbitration he's still overachieves his value year in and year out. 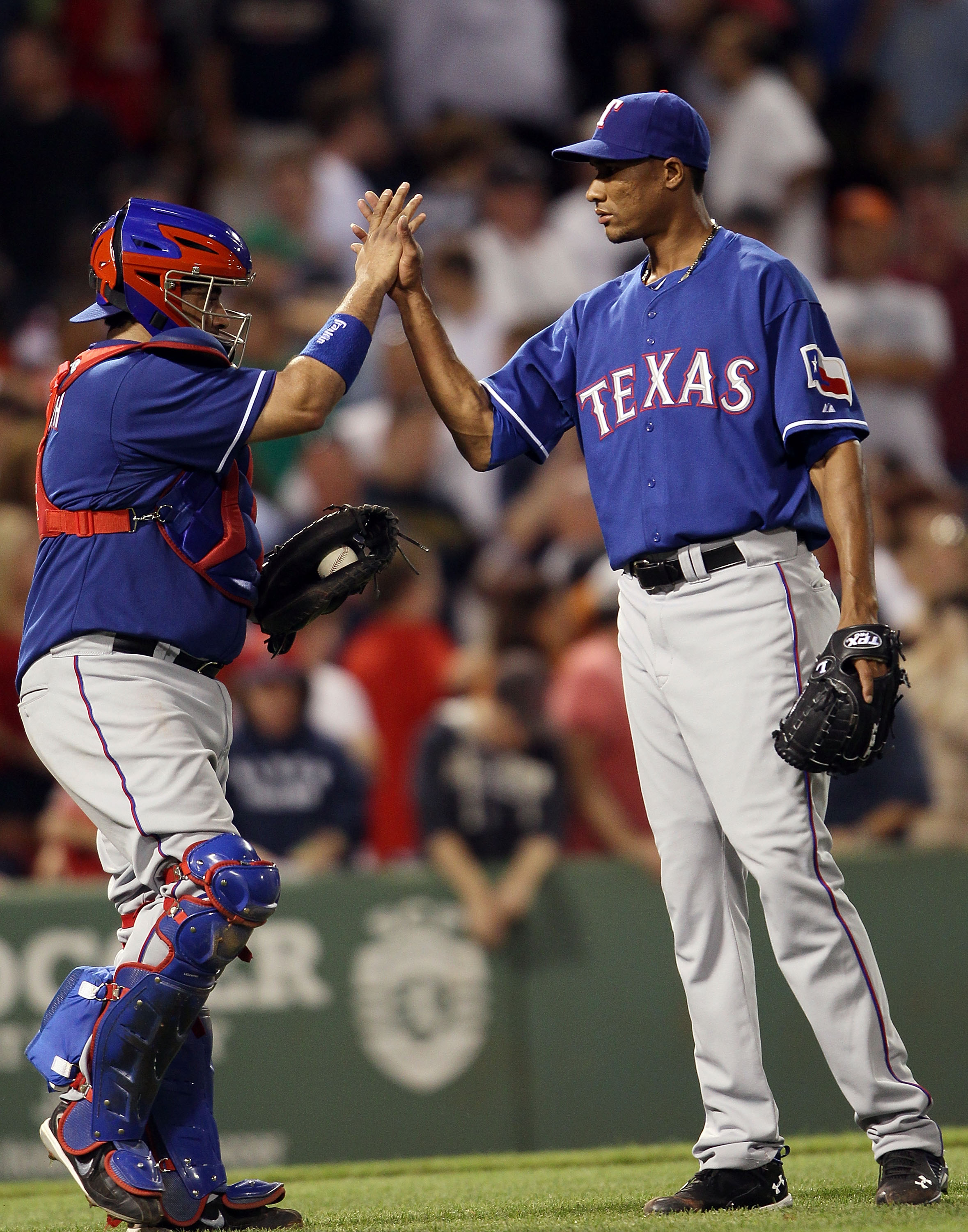 After four seasons in exile in the Dominican caused by visa scam issues, Alexi Ogando was allowed to come state-side and dominate American hitters, similar to how he toyed with younger hitters in the Dominican leagues. Alexi is a possible fifth starter, possible closer, but probable set-up man for now. He's being stretched out in Spring Training to see what he has to offer the Rangers as a starting pitcher. The Rangers also think highly enough of him that he could fill Neftali Feliz's closer role if Feliz makes the rotation himself. His four years of patience and 41.2 innings of excellence last season have got the front office's attention and trust. 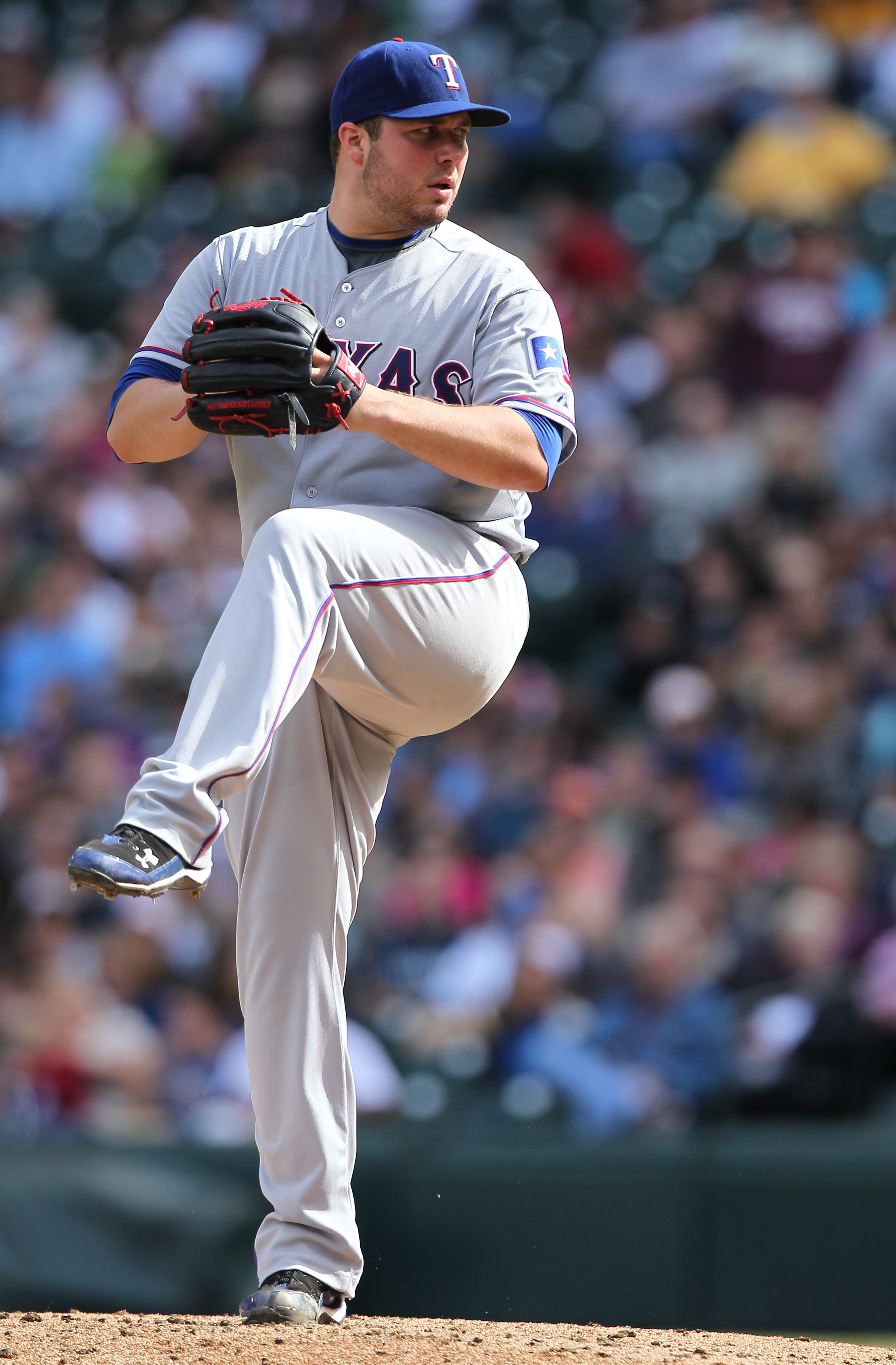 Tommy "Big Game " Hunter, who regularly took down formidable opponents in the regular season, lacked his big game touch in the playoffs. When healthy he's been a rotation regular, but this Spring he's healthy but will have to compete with about six others for a rotation spot. He is the lone Ranger who has met his expectations in this wave of great young starting pitchers in the Rangers organization. All others have yet to get there or haven't been as consistent as Hunter. Hunter will hopefully learn from his playoff experience and use it to improve and drive the other young pitchers on the Rangers staff.