Poised For A Breakout Season: 10 Young Pitchers To Target On Draft Day 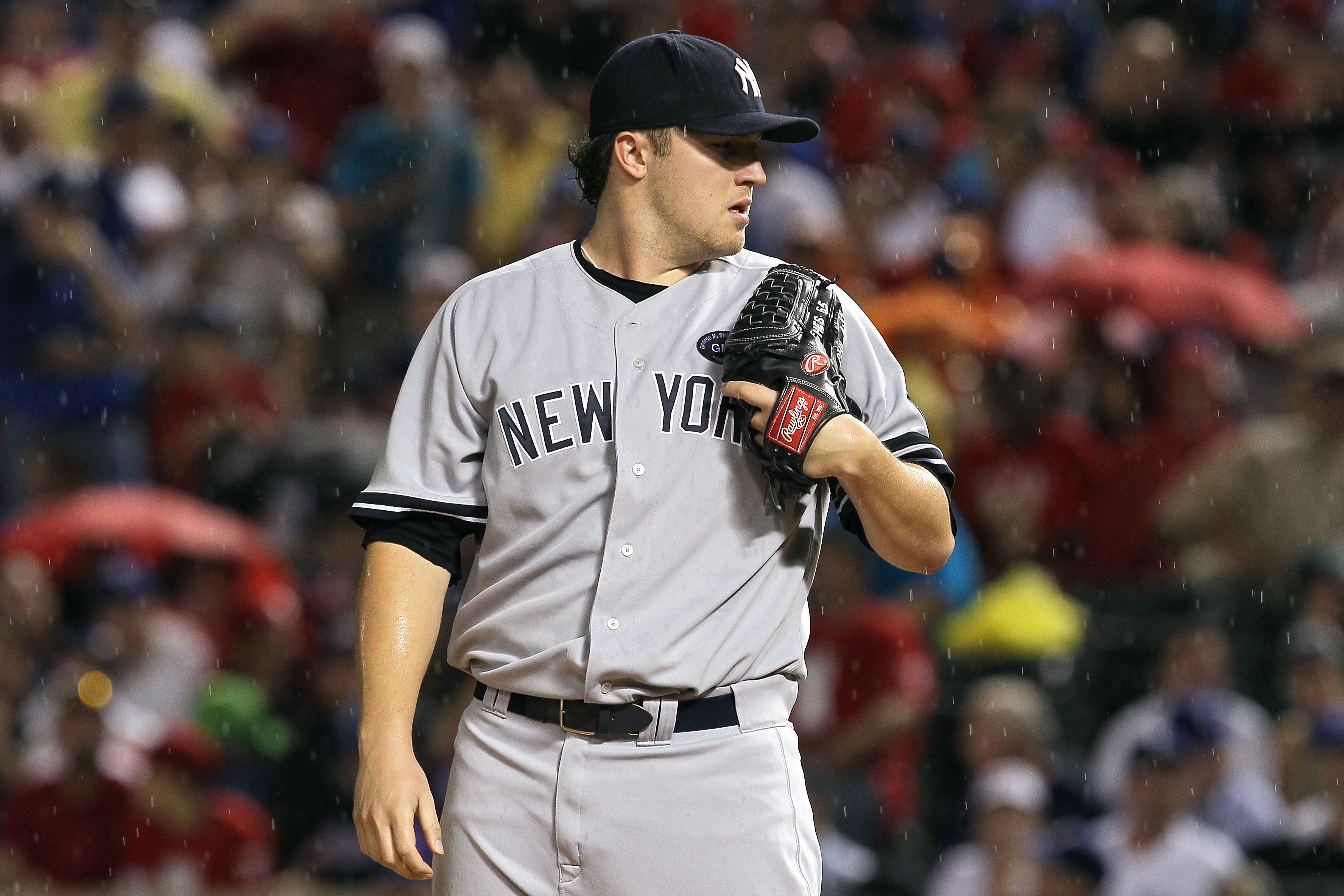 Most pitching coaches and baseball aficionados would agree that it takes a few years for a starting pitcher to learn what it takes to be a successful big league pitcher. As Tom Glavine explained to John Feinstein in Living on the Black, “Young pitchers know how to throw hard, but very few know how to pitch”.

When looking for a young pitcher to target late in fantasy drafts, owners should identify players who have yet to produce top level fantasy stats despite having gifted arms and a collection of filthy pitches.

Take for example Clayton Kershaw, a 23-year-old southpaw for the Los Angeles Dodgers. In his first year in the majors, Kershaw was 5-5 with a 4.26 ERA and a WHIP of 1.49. Although he had excellent stuff, including a mid 90’s fastball and a knee-buckling curve, Kershaw was young and needed to learn how to pitch, and not just throw hard.

In his third year with the Dodgers, Kershaw struck out 212 batters while posting a sub-three ERA. After taking the typical few years to learn how to be a pitcher, Kershaw is now the team’s top pitcher and is poised for a CY Young caliber season.

Here is a list of 10 young pitchers who are poised to have a breakout season. Some of these pitchers may still be a year or two away from learning their craft; however, all of them have excellent skills and could become stars in 2011. 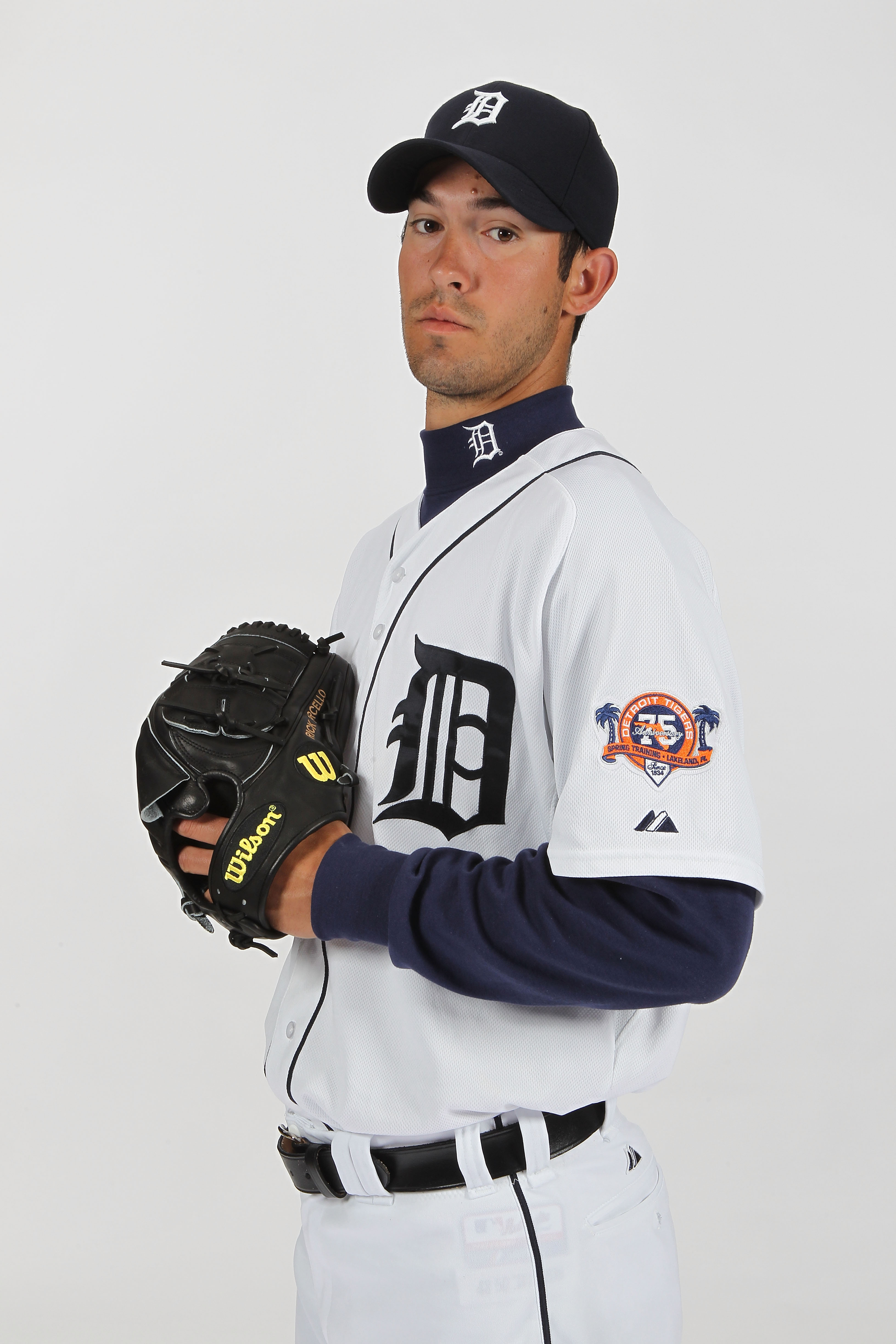 Drafted as the 27th overall player in the 2007 amateur draft, Porcello needed only one year in the minors to develop his skills before becoming a full time starter for the Tigers in 2009.

In his first full year as a starter, Porcello was third in the AL rookie of the year voting with a 14-9 record and 3.96 ERA. Unfortunately, he followed that season with a sub-par sophomore campaign in which he allowed an opposing batting average of .288 while posting a pedestrian 10-12 record.

One area of concern for Porcello is his inability to pitch well away from home. In 2010, he was 3-7 when pitching away from the pitcher friendly confines of Comerica Park. This is not uncommon for pitchers, but it is something Porcello will need to overcome for him to be successful.

I believe that 2011 will be the year that Porcello puts it all together, becoming the great pitcher the Tigers expected when they drafted him in 2007. Look for him to post at least 13 wins and a sub-four ERA, striking out close to 200 batters along the way. 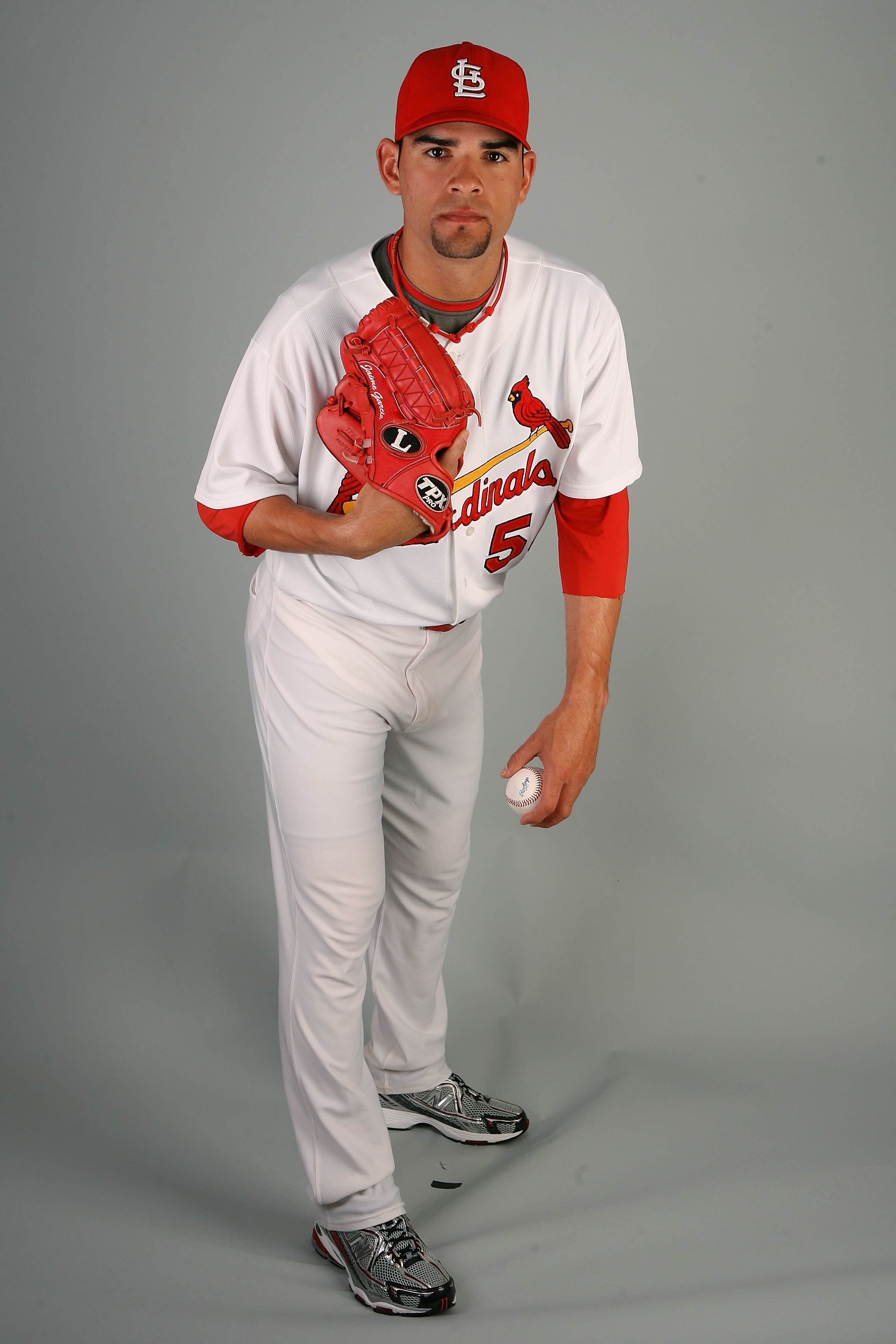 The Cardinals boast two of the best starting pitchers in the National League in Adam Wainwright and Chris Carpenter.  Lost in the shadow of the two well known righties is Jamie Garcia, a crafty southpaw who posted a solid 13-8 season in his first full season in the majors.

Look for Garcia to continue his solid play in 2011, as the Cardinal offense will provide ample run support for Garcia and his fellow pitchers. In fact, Garcia enjoyed a plus 33 run differential due to the excellent run support afforded by his team. 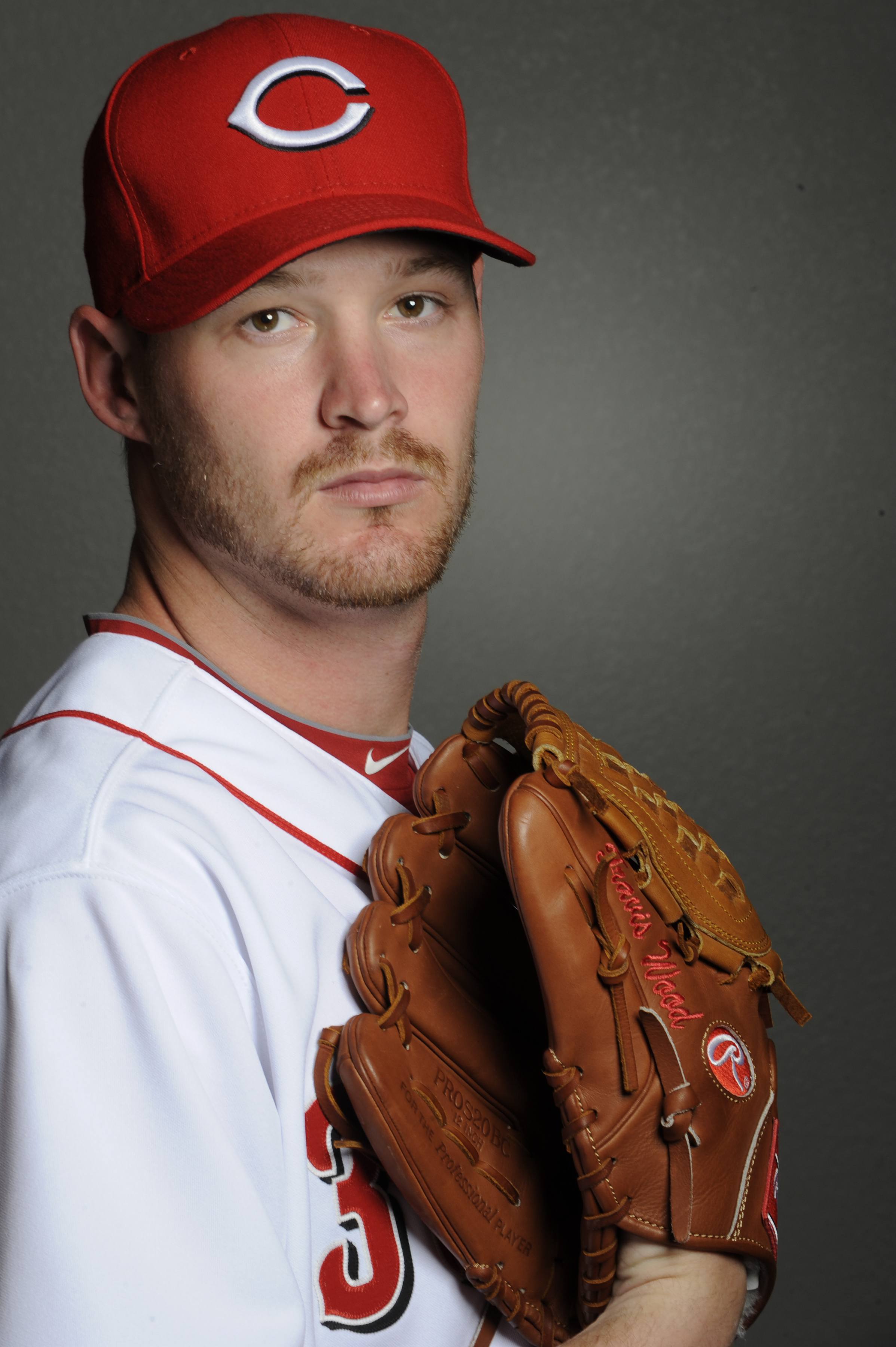 After paying his dues for six seasons in the minor leagues, Wood made his major league debut for the Reds in 2010. He pitched well in 17 games for the club, posting a 5-4 record with a respectable 3.51 ERA and 86 strikeouts. He is currently listed as the number four starter on the team’s official website, ahead of fellow young pitcher Mike Leake.

As is the case with Homer Bailey, the fact the Reds play in such a hitter friendly park will hurt pitchers’ overall ERA numbers. Conversely, because the Reds have such a potent offense and play in a small park, starters like Wood should receive excellent run support that will allow them to post double digit wins in 2011.

It should be noted that Wood is 0-2 at The Great American Ballpark but was able to post a solid 5-2 record on the road. 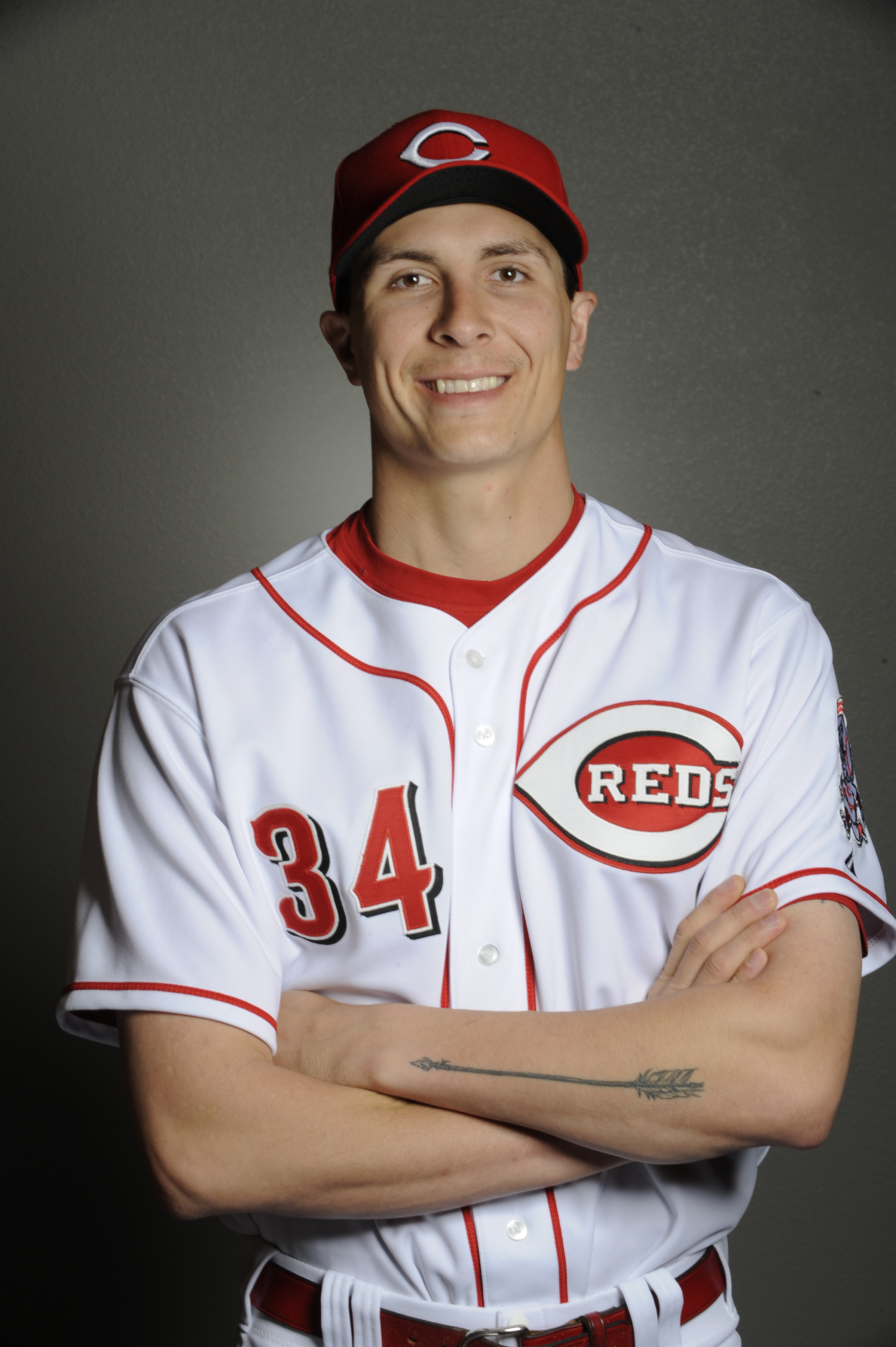 Homer is not exactly a desirable name for a pitcher, especially one who plays in the most hitter friendly park in the league. Such is the fate of Homer Bailey, a highly touted prospect who has yet to perform up to his expectations.

Bailey is a perfect example of a young player taking a few years to learn his craft. He has bounced back and forth from the minors, searching for a way to make his god-given talent translate to wins for a team that selected him seventh overall in the 2004 draft.

Perhaps 2011 will be the year that Bailey turns the corner and becomes a viable major league starter.  The Reds believe this to be the case, as the team has listed Bailey as the fourth starter of their five man rotation. 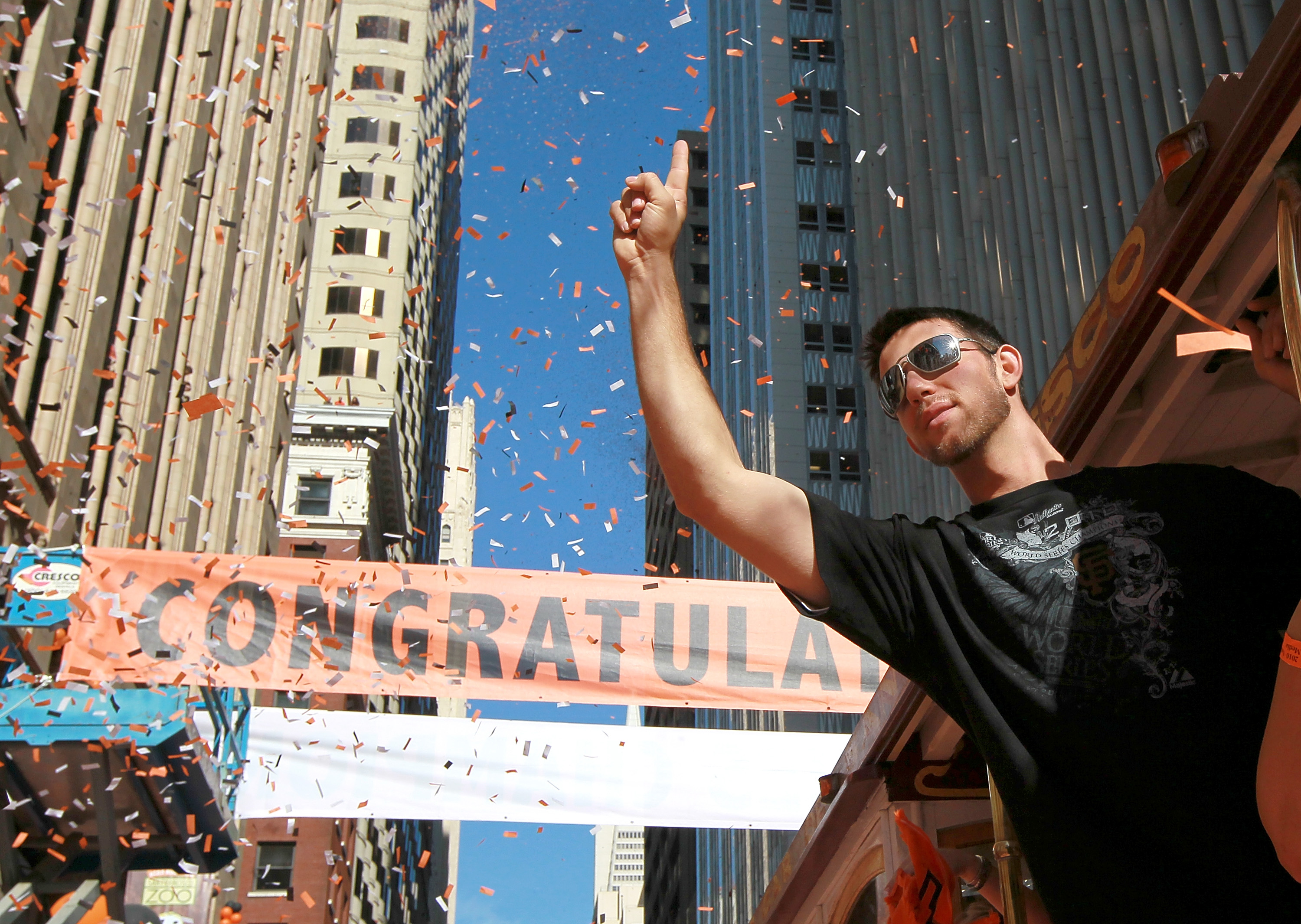 Bumgarner became a household name in 2010, as the young lefty helped the San Francisco Giants win their first title in 56 years. Described as a “slinger” because of how he hides the ball behind his body while pitching, Bumgarner defied logic while baffling opposing hitters as only a 21-year-old pitcher.

The Giants thought highly of the 6’4" lefty by making him the 10th overall pick in the 2007 draft. After making his debut for an injured Tim Lincecum in 2009, Bumgarner was sent back down to the minors for the remainder of the year.

He was called up again on July 6, 2010 and spent the remainder of the year with the club, posting a 7-6 record with a modest ERA of 3.00. To become a valuable fantasy starter, Bumgarner will need to improve on his strikeout per nine ratio, which will also help him get out of dicey situations on the mound. 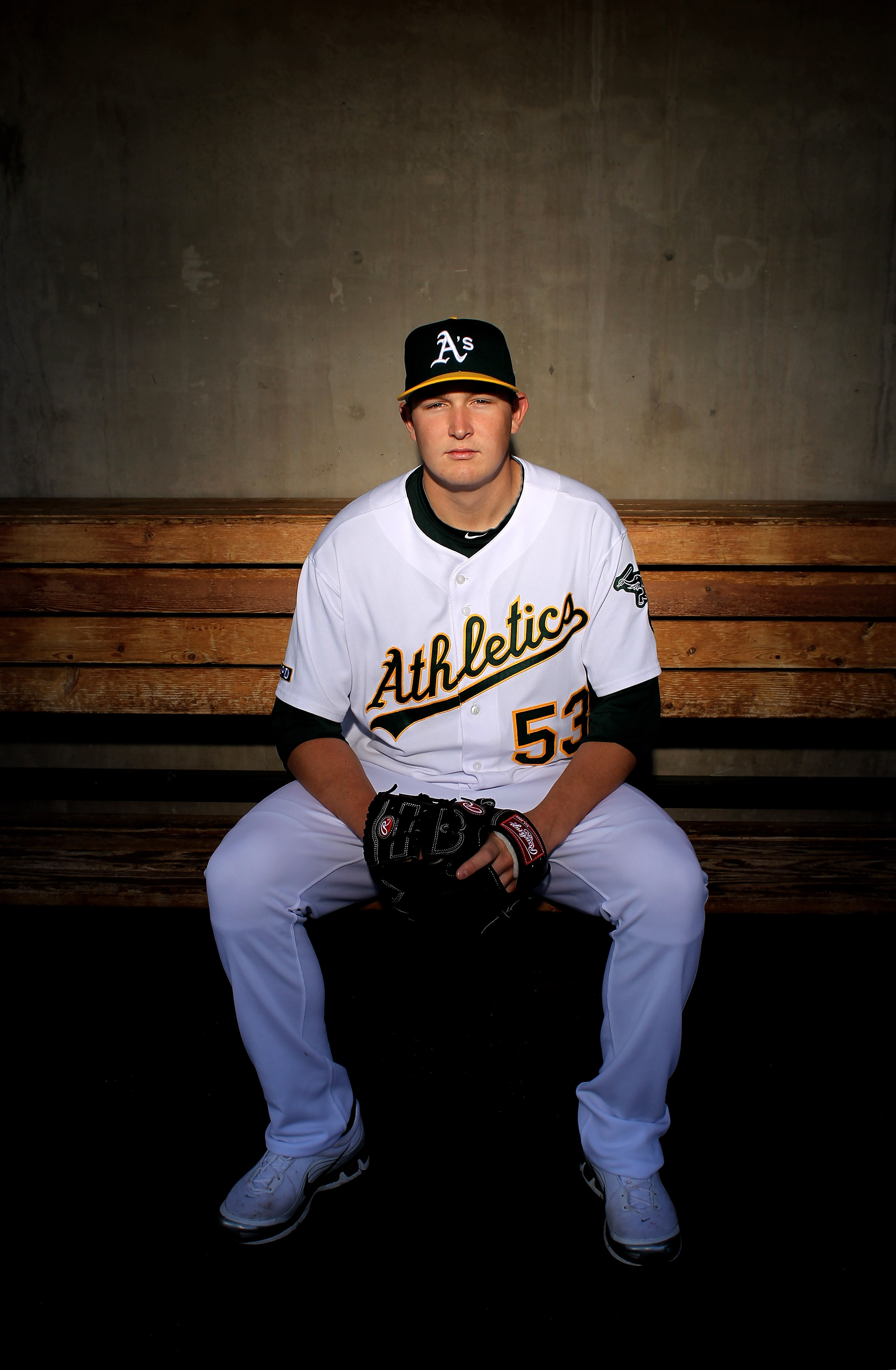 Cahill had a breakout season in 2010, posting an impressive 2.97 ERA on his way to winning 18 games for the A’s. His strong performance earned him a much deserved spot on the American League All-Star team.

As a second round pick in the 2006 amateur draft, Cahill quickly worked his way up the minor league ladder with stops in single A ball with the Kane County Cougars and the Stockton Ports.

He made his major league debut for the A’s on April 7th, 2009 against the Angels, giving up two earned runs over five innings that resulted in a no-decision.

From a fantasy perspective, Cahill is an excellent pitcher for wins and ERA, but a mediocre 5.4 strikeouts per nine innings will keep him from becoming a top tier pitcher.

Look to draft Cahill as a third or fourth starter in a 12 team mixed league in hopes that he can improve on his pedestrian strikeout numbers. 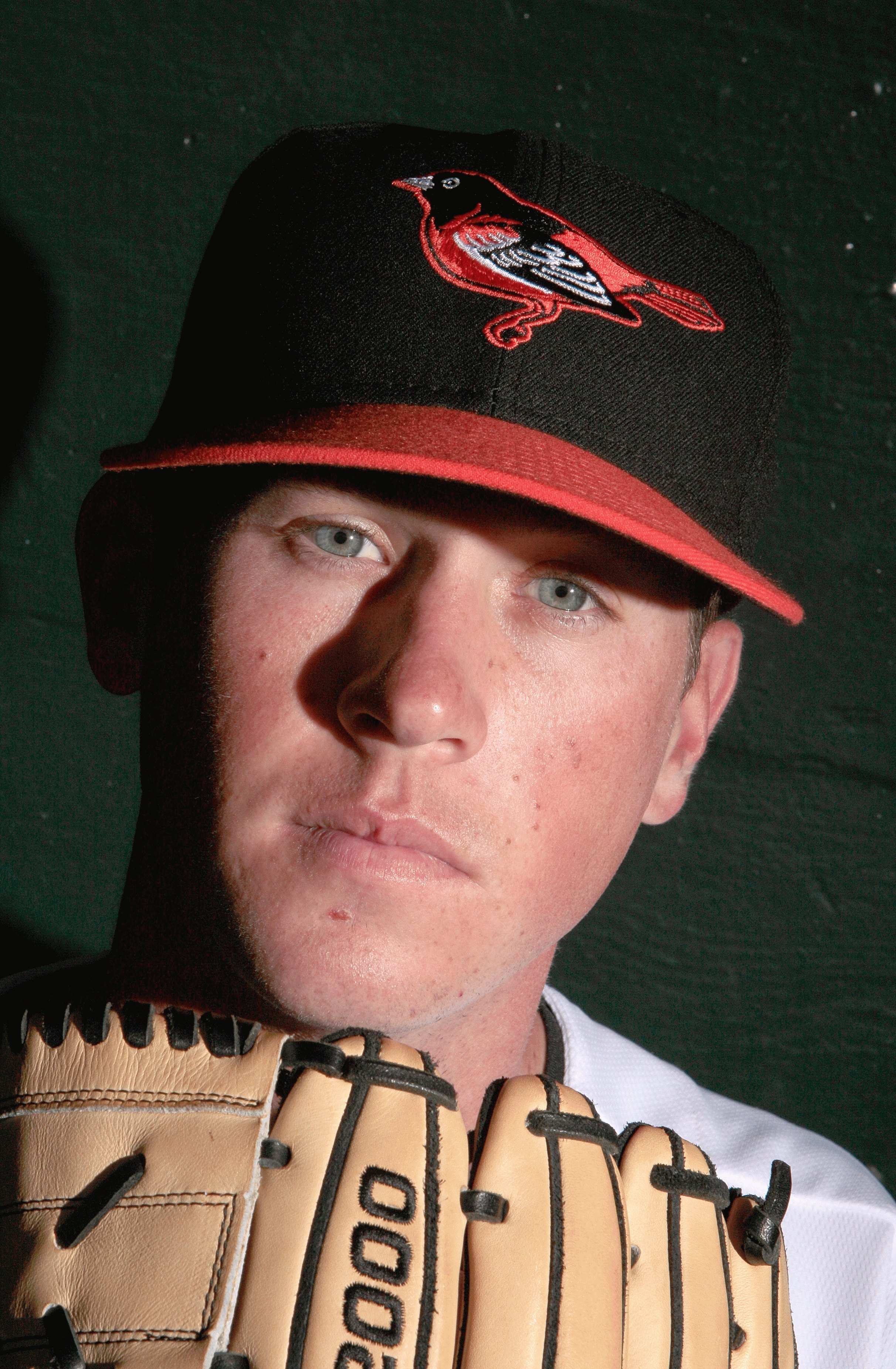 Matusz was named the ninth best prospect in 2009 by Baseball America after a solid college career at the University of San Diego. In his major league debut on September 14th, 2009, Matusz struck out five batters while scattering six hits over five innings.

The Orioles have been one of the most active teams this offseason, adding much needed pop to an otherwise weak line-up. The additions of Derrek Lee, Vlad Guerrero and Mark Reynolds will help Matusz this season, as he will now enjoy a sizable increase in run support.

Of all the pitchers on this list, Matusz may have the most upside this season and should be a mid-to-late round target on all draft boards. He is a talented young pitcher on the cusp of being great. 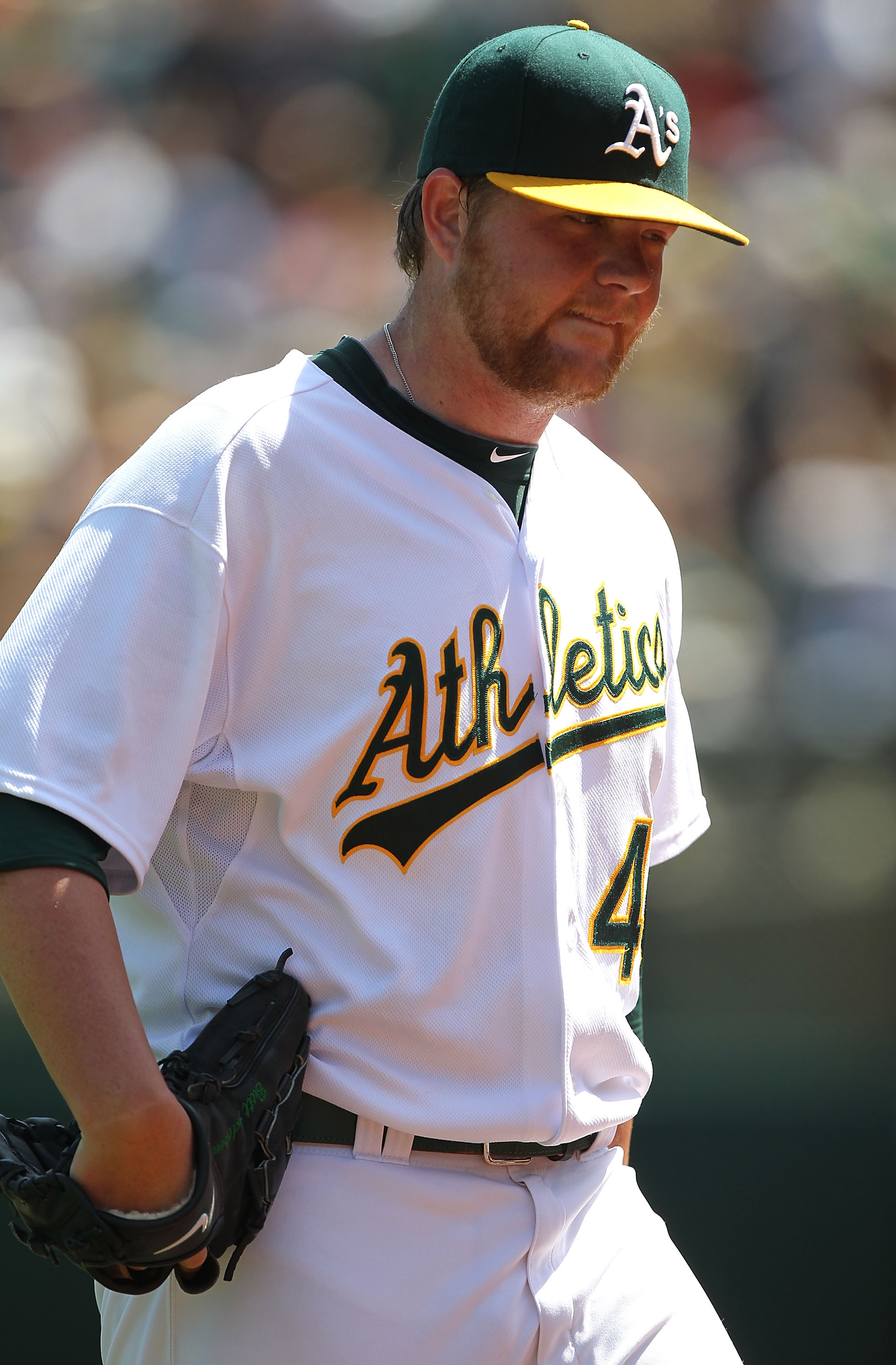 Anderson is currently listed as the number two starter for the Oakland A’s after posting a career low 2.80 ERA in 2010. He is one of a handful of young budding stars in the A’s rotation, including Trevor Cahill and Gio Gonzales.

The A’s acquired Anderson as part of the Dan Haren trade with the Arizona Diamondbacks in 2007. He made his major league debut on April 10, 2009 and went on to set the A’s single season strikeout record for rookies.

Look for Anderson to win at least 15 games for the A’s, posting an ERA of around 3.00 while striking out 150 batters. Although I think he may be one year away from becoming the team’s ace, he is an excellent number three starter in all formats. 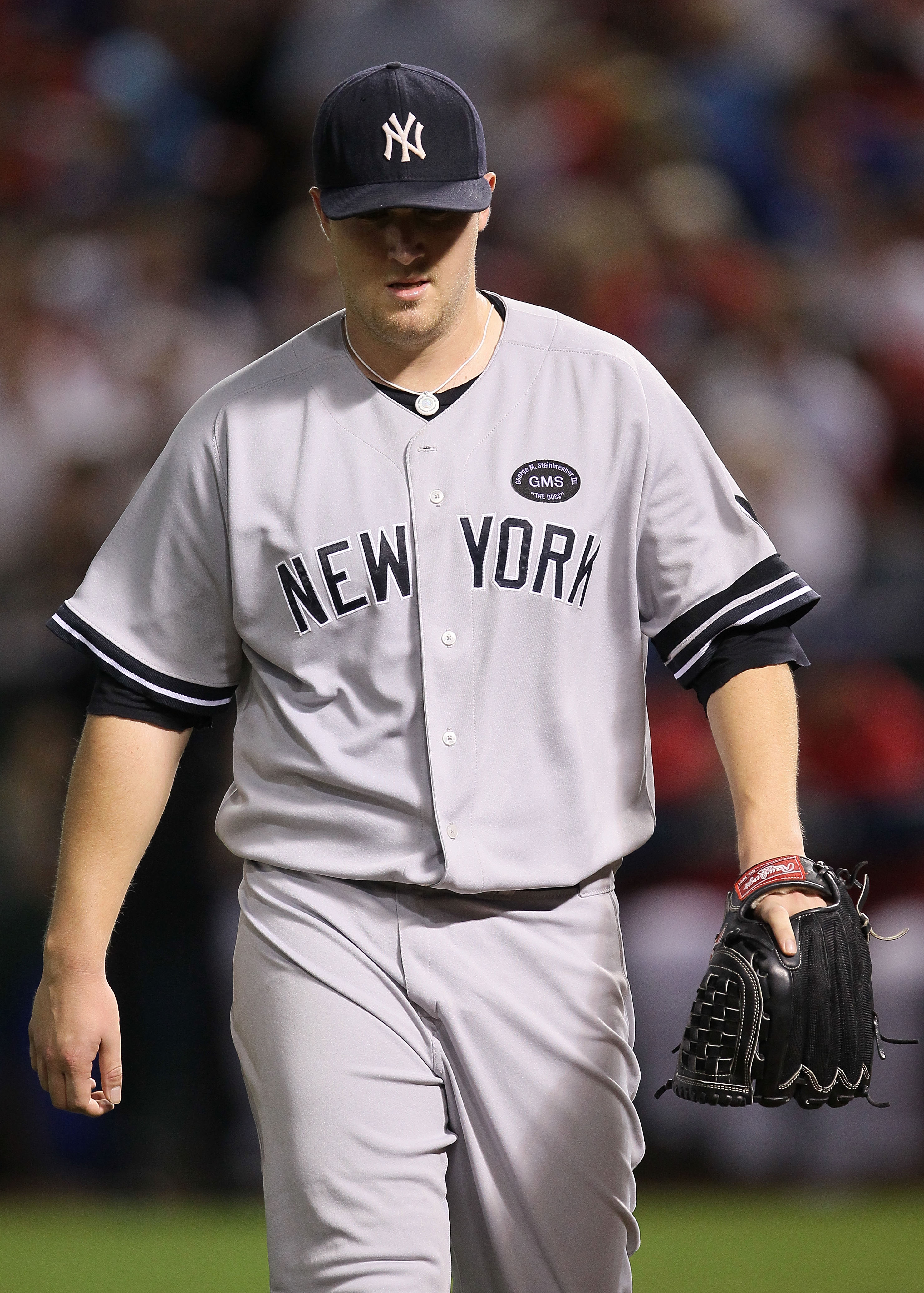 With the Yankees missing out on the Cliff Lee sweepstakes and the abrupt retirement of Andy Pettitte, Phil Hughes has now become the Yankees’ number two starter behind CC Sabathia.

Hughes’ pitching fate was already influenced by Andy Pettitte’s career when the Yankees drafted the young righty with a compensatory pick earned when the team lost Pettitte to the Astros in 2004.

At 18-8 with 146 strikeouts and only 58 walks, Hughes posted a career year as the Bronx Bombers’ No. 5 starter in 2010. Although his record was excellent, his high ERA and pedestrian strikeout per-nine average hurt his overall fantasy value.

We believe Hughes will respond well to the promotion by winning close to 20 games again in 2011 while lowering his ERA to a more respectable 3.50.  If he can increase his strikeout total closer to 200 K’s, he will become of the top 10 pitchers in baseball. 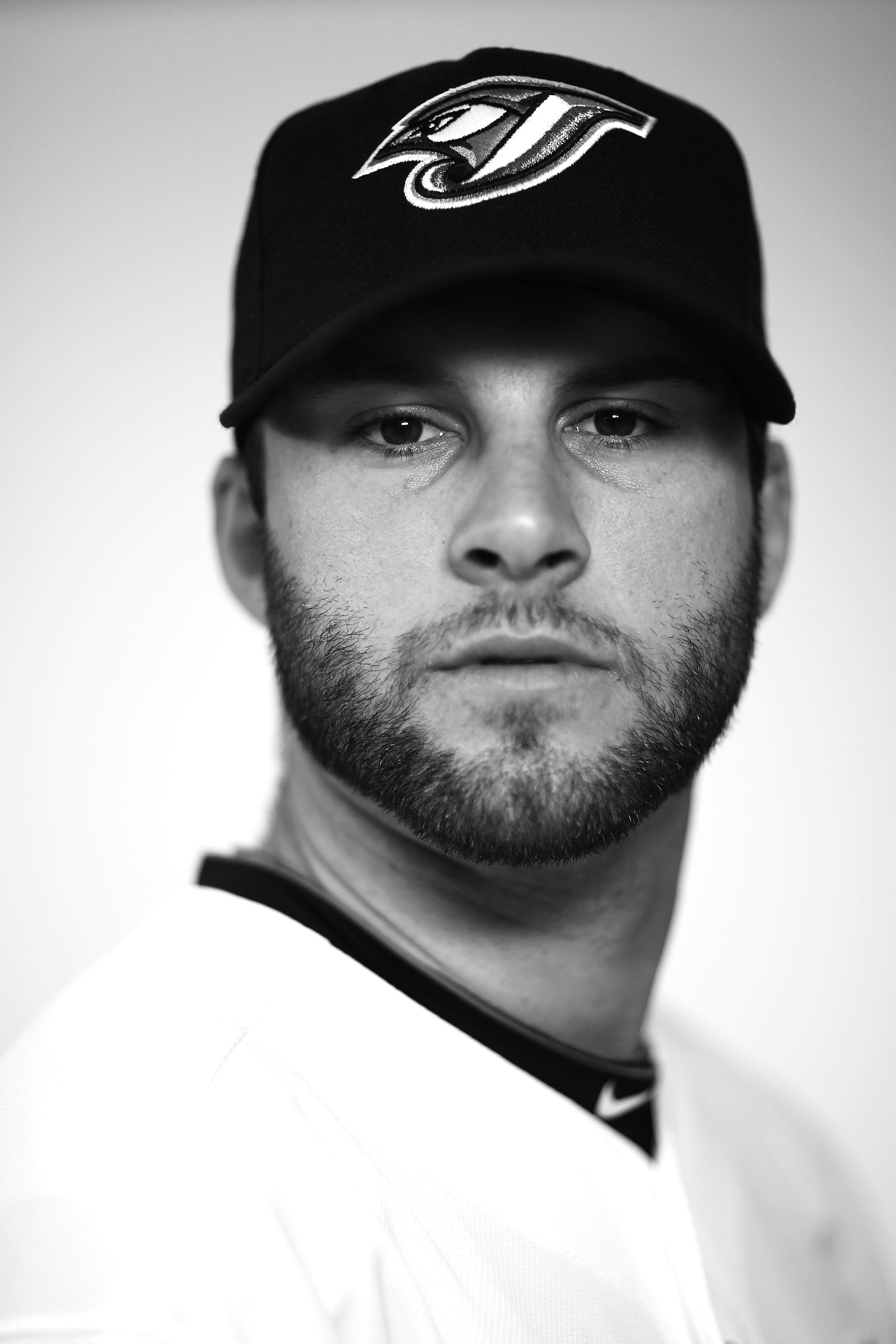 At 27 years old, Morrow is the oldest of the pitchers listed in this article. Although he was drafted in the 2006 amateur draft, he just recently became a starter after spending most of the first four years of his career as a relief pitcher.

As a first time starter for the Blue Jays in 2010, Morrow delivered a solid 10-7 record as the team finished fourth in the AL East.  From a fantasy perspective, the most intriguing aspect of Morrow is his high strikeout total, as he fanned an impressive 10.9 batters per nine innings.

Look for Morrow to continue his high strikeout total as he brings down his ERA to a more respectable 3.50 in 2011. For owners looking for a strikeout pitcher late in drafts, one would be hard pressed to find one with more upside than Morrow.