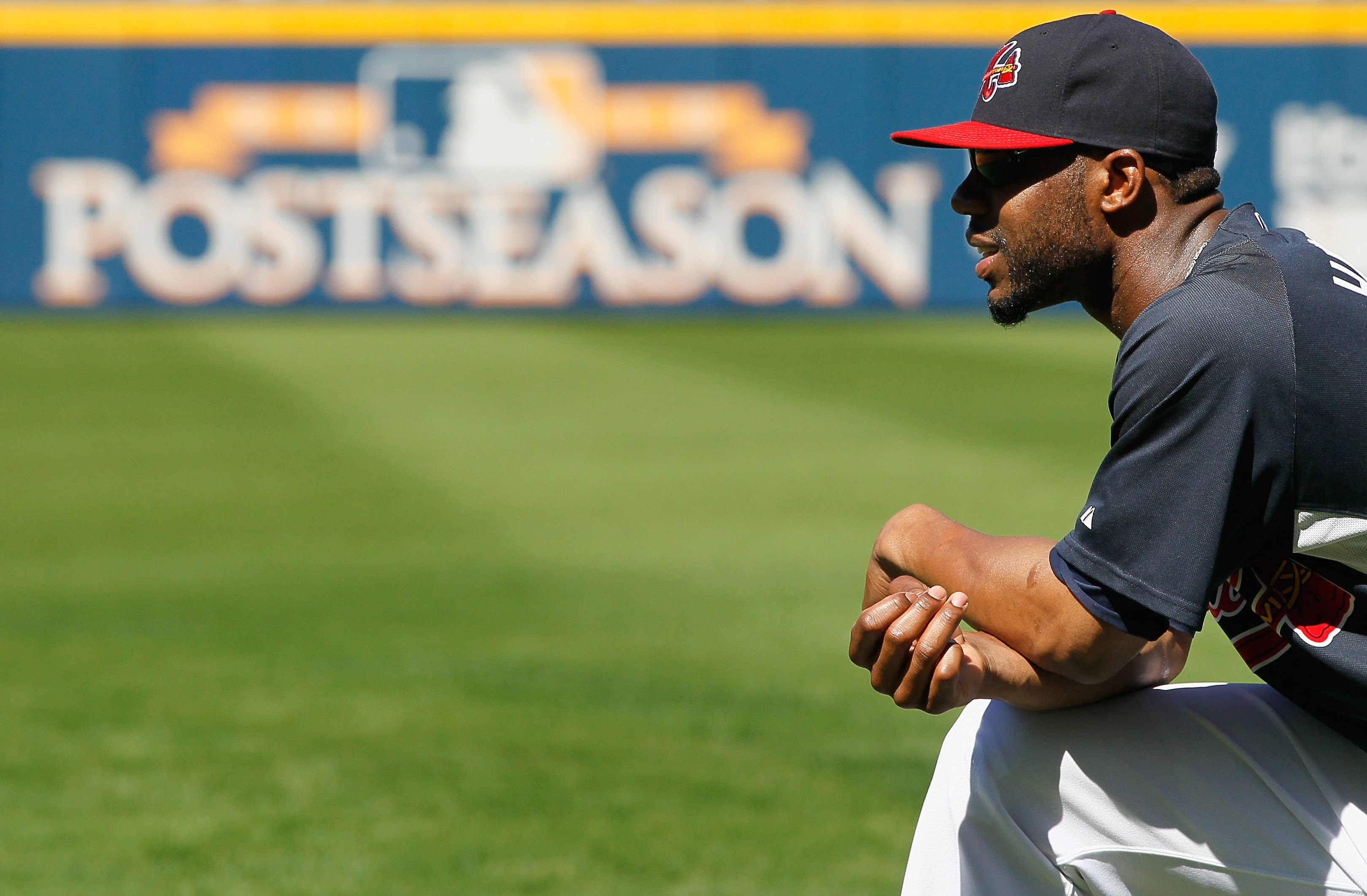 With the Atlanta Braves' first spring game right around the corner, the powerhouse Philadelphia Phillies are the favorites to win the National League East in 2011, but all of that can change in the blink of an eye if a few players can step it up in spring training.

10. Mike Minor In The Starting Rotation 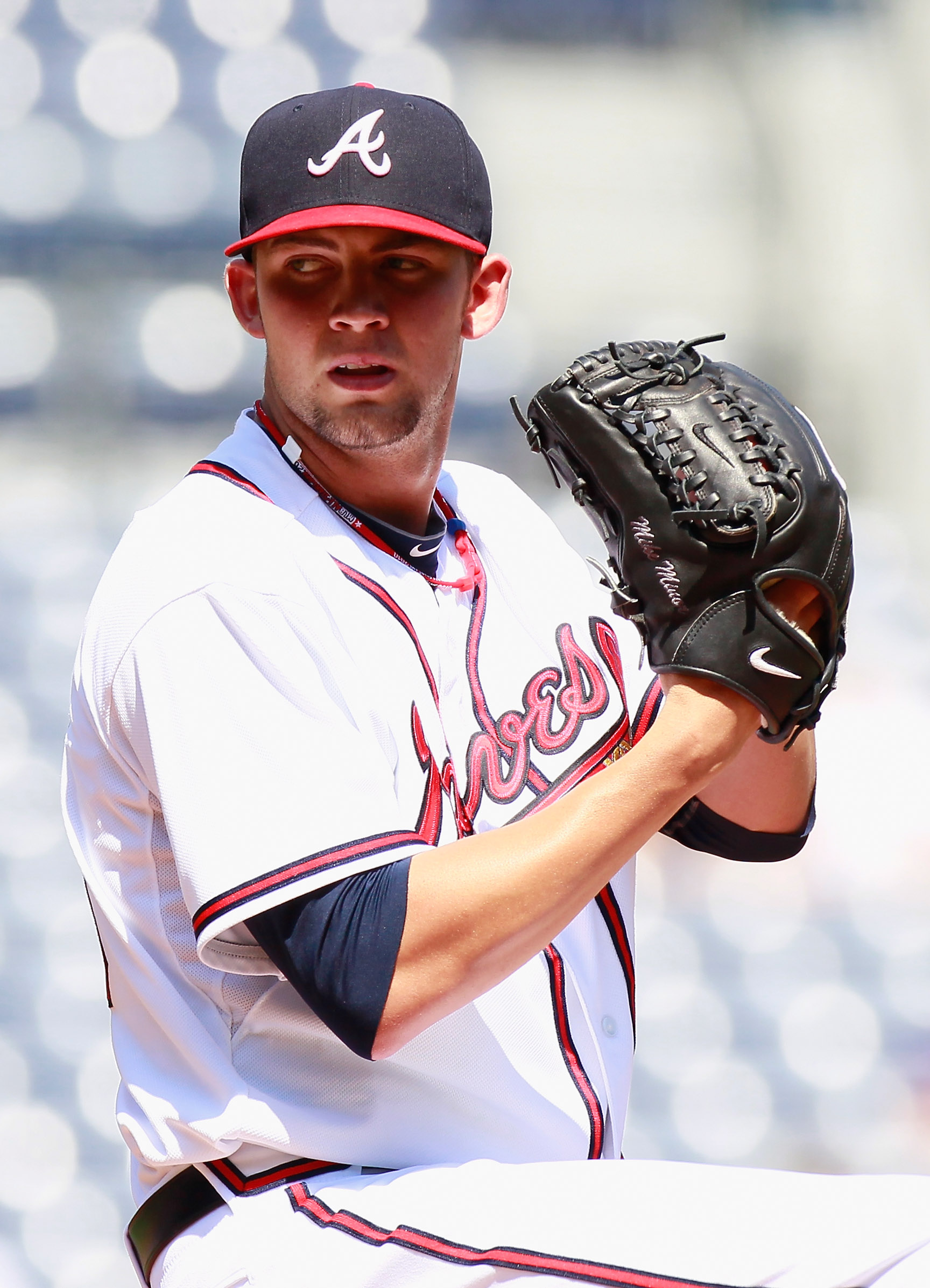 Competition for the fifth spot in the starting rotation is one of the best issues a baseball team can have, but there really is no debate that Mike Minor is the best man for the job.

In the month of August, Minor posted a 3.91 ERA and proved that he has what it takes to face batters at the major league level. However, arm fatigue and the Marlins got the best of him and shot the southpaw's ERA up to 9.37 for the month of September.

The Braves may only play Philly 18 times this season, but their lineup tilts far to the left and having a lefty of Minor's caliber to sit those dangerous batters down will prove very helpful down the stretch. 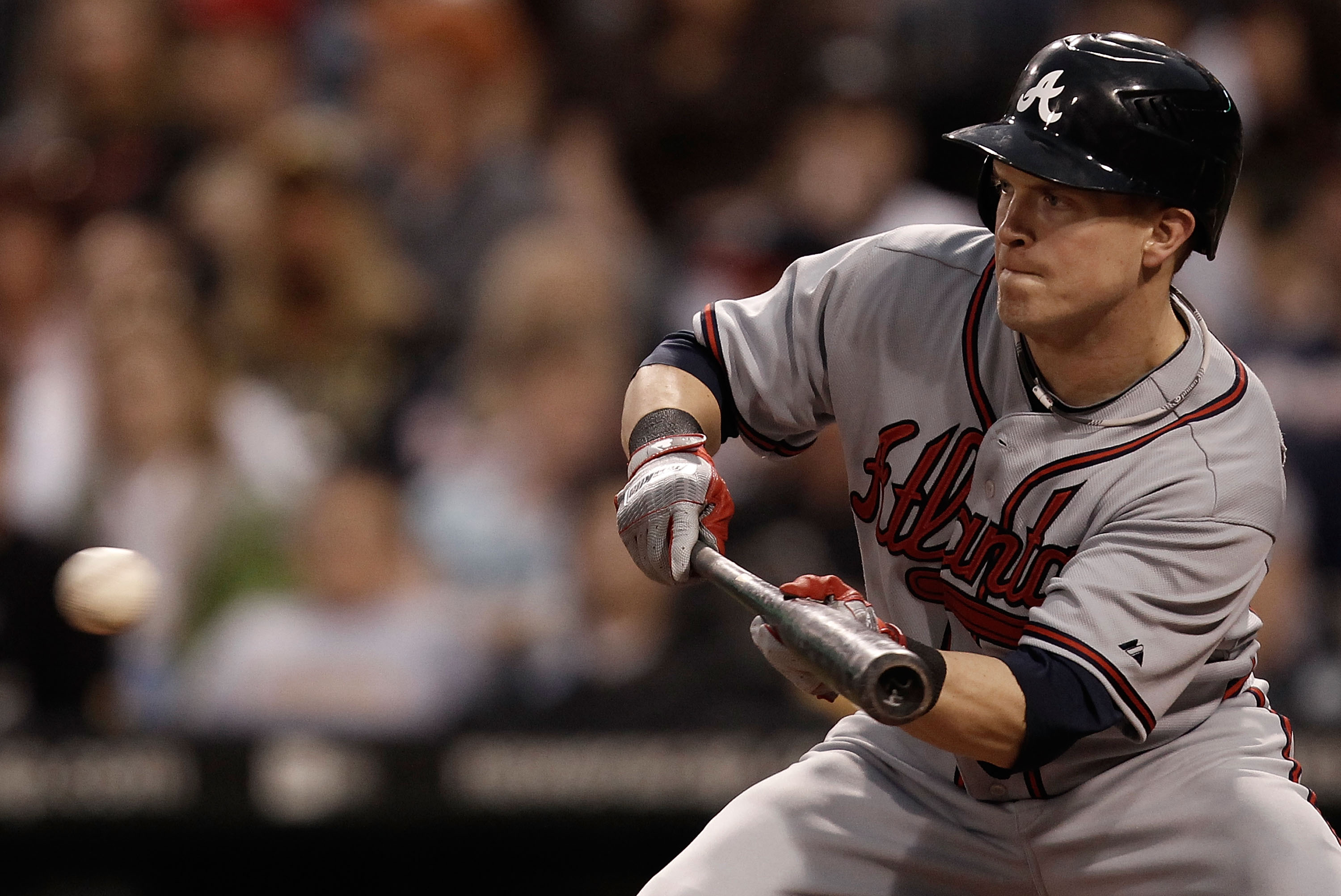 Although Martin Prado did a fine job in the leadoff spot for the majority of the 2010 season, he has too much power and not enough speed to be cooped up in the top of the order.

A popular topic of conversation amongst Braves fans is the 2008 McLouth and how wonderful life would be if he could return to that form and carry the Braves to a World Series victory. Well, the chances of that happening are about as good as Keanu Reeves starring in a decent movie: it's not going to happen.

If McLouth can not prove that his bat can contribute in the top of the lineup in the first couple months of the season, it is crucial that Atlanta finds an internal solution to this problem.

I know, you've heard the Schafer speech a million times, but Schafer has not been this healthy and confident since his debut in 2009 and it seems as if his spring training batting practices have put McLouth on an even hotter seat than he was before.

Instead of swinging for the fences every at bat, the young center fielder has decided to become a true leadoff hitter and I think he will be doing exactly that at the major league level in 2011.

8. A Much Improved Brian McCann 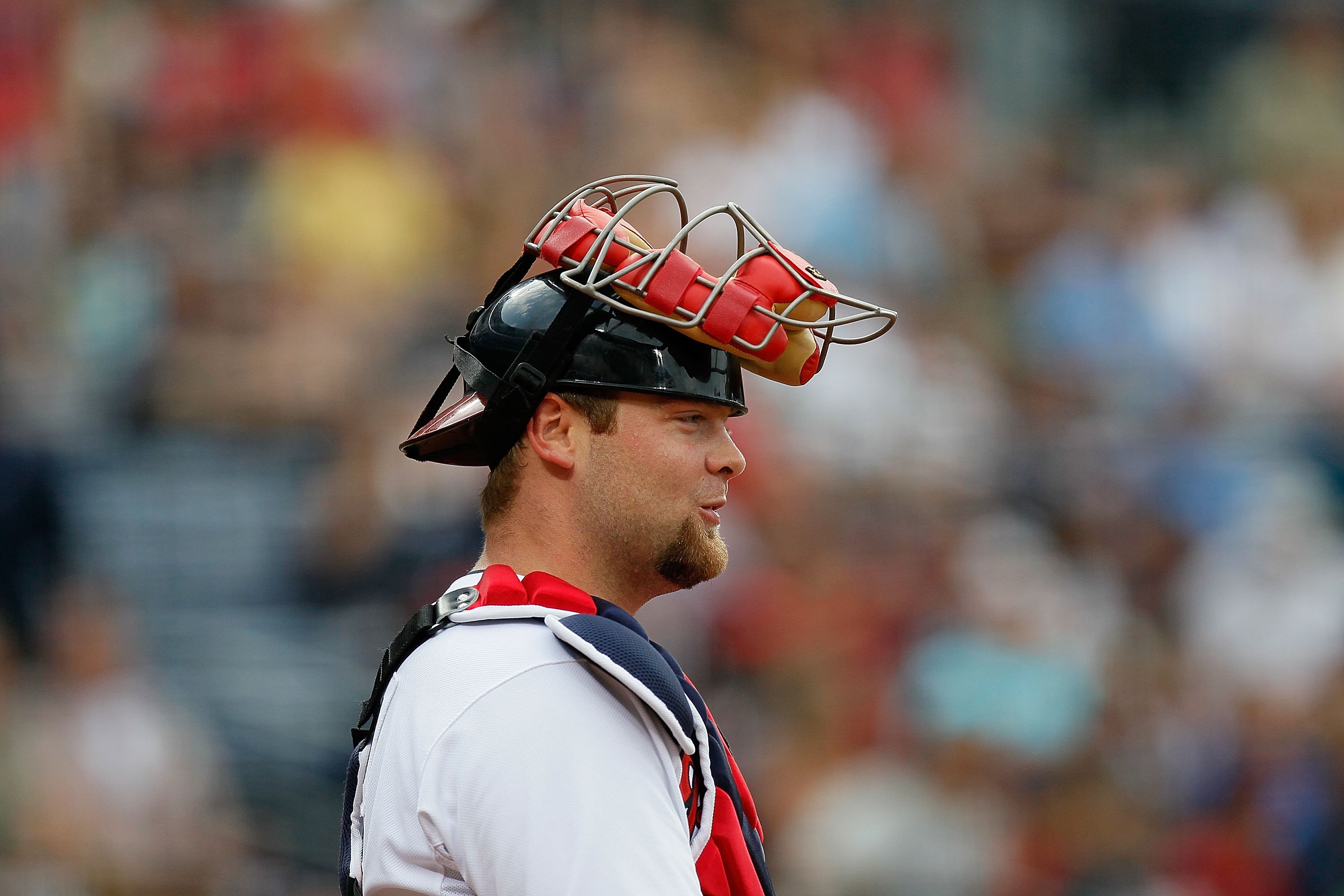 When Chipper Jones finally hangs up the cleats and calls it a career, Brian McCann is going to be the centerpiece of the Atlanta Braves and quite honestly, that makes me nervous.

It's a good thing that McCann got in better shape this offseason, because the "squinty teddy bear" look wasn't cute anymore and neither were his stats.

McCann has the potential to win multiple MVP awards in his career and he needs to start right now if he wants any chance at a ring, because when your cleanup hitter isn't doing his job, the entire team suffers.

Congragulations, Brian, on your All-Star MVP award. Now, it's time to win a trophy that actually means something: the Commisioner's Trophy. 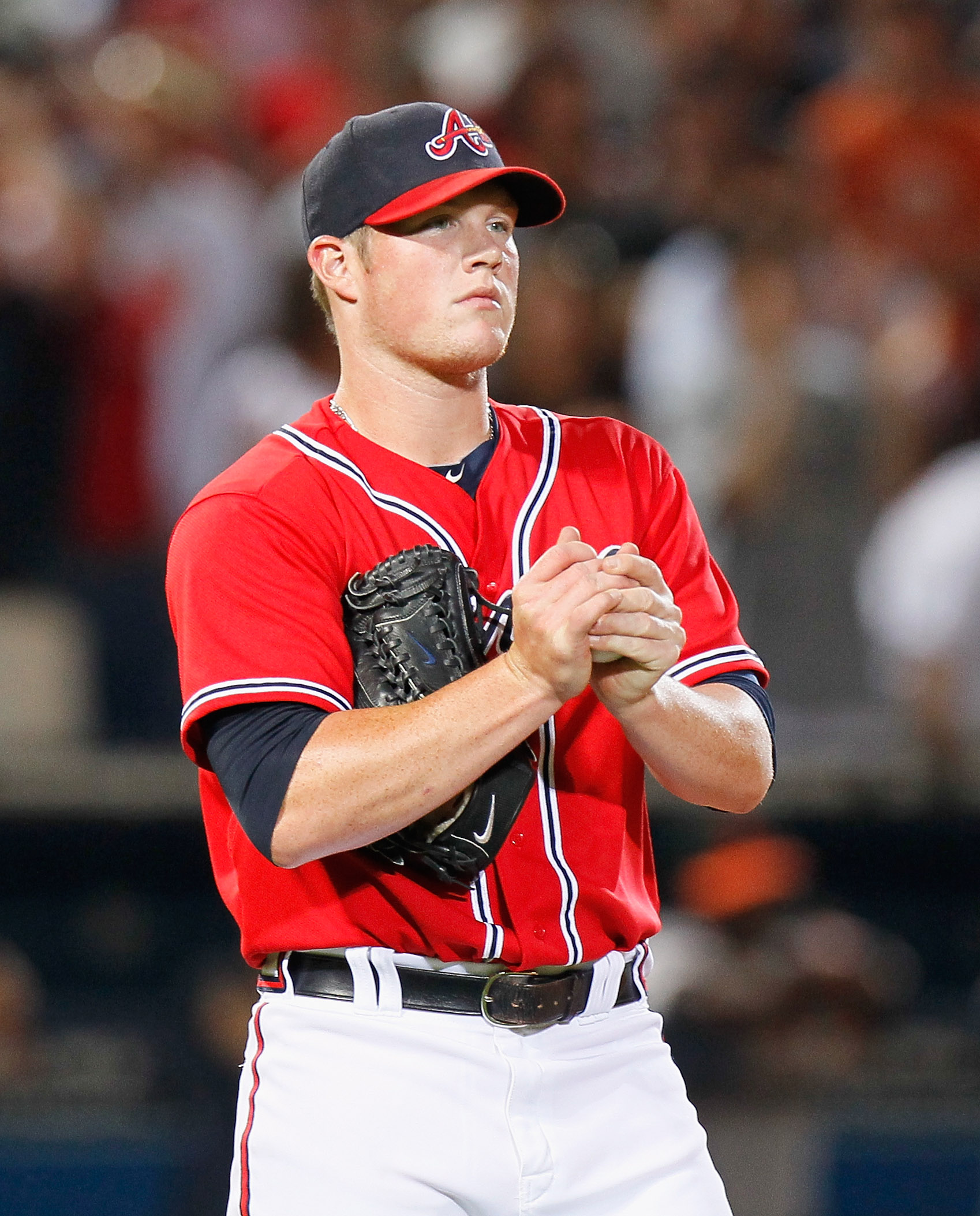 Make no mistake, Craig Kimbrel is the man for the job when it comes to closing ball games.

In the later days of the 2010 season and into the NLDS, Kimbrel's strikeout rate was phenomenal and his hands were calm while he replaced future Hall of Famer Billy Wagner.

Don't get me wrong, Johnny Venters is great and you could make a strong argument for why he deserved to be the 2010 Rookie of the Year, but he belongs in the setup role and that is where he will flourish.

As soon as Kimbrel was called up to the bigs last year, Wagner groomed him to become a superstar closer and that is exactly what he will become in 2011.

6. A Smooth Transition For Prado 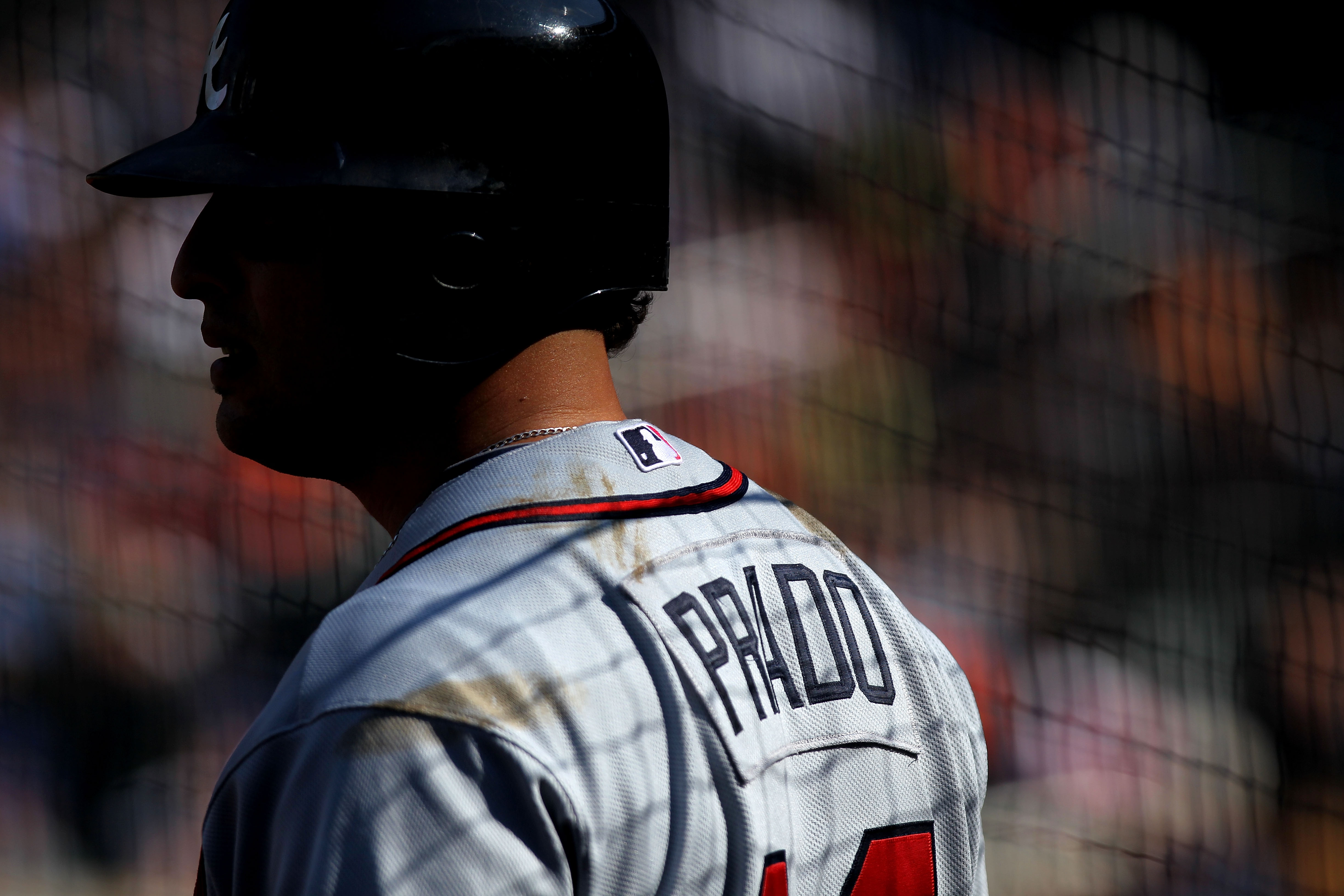 When Atlanta acquired Dan Uggla from the Marlins, they just assumed that reigning second baseman Martin Prado could play left field with no problem and I fear that their assumption might have been wrong.

In 2010, there was no Brave more valuable than Prado and with the first spring game coming in a matter of days, he continues to be the hardest worker on the entire squad.

Hopefully, that work ethic will translate into results in the outfield, because the Braves can not afford any more defensive holes on the diamond. 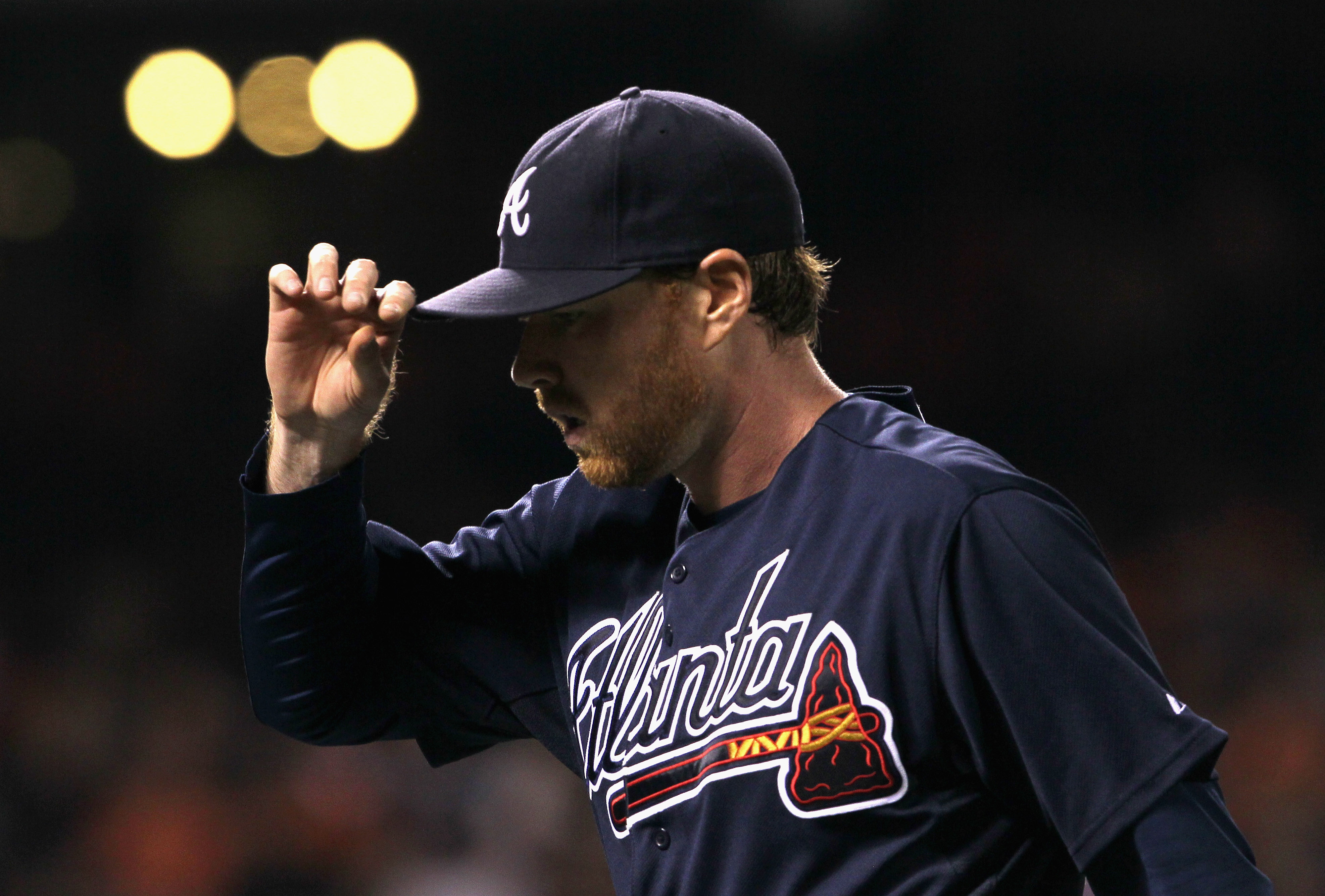 First of all, does that picture to the left not scream "Tommy Hanson, Cy Young Award Winner?"

To most teams, Tommy Hanson's 2010 would be a great season for a number two starter, but those who have actually seen Hanson at the top of his game were majorly disappointed.

The Irishman has the potential to become the ace of the Braves' staff for many years to come and now that he is entering the prime of his young career, it is important that he becomes that ace.

If Hanson can make the next step and Tim Hudson can replicate his 2010 season, the Braves will have one big Philly problem on their hands: deciding who the ace is. 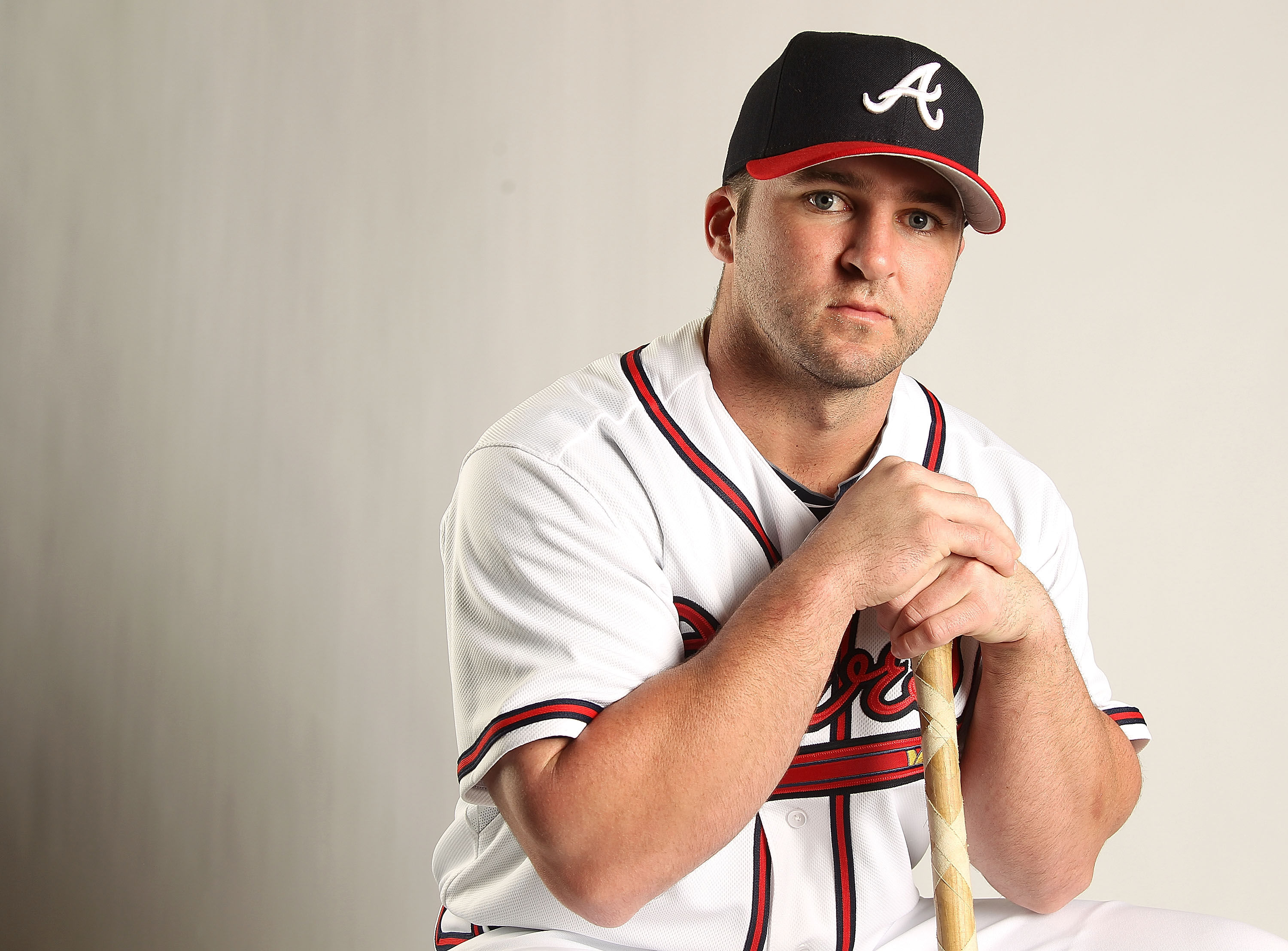 Unless you live under a rock or in some sort of trailer park, you already know about the Braves' blockbuster offseason acquisition of super slugger Dan Uggla.

While playing for the Florida Marlins in the desolate Sun Life Stadium, Uggla averaged 32 home runs and 97 RBIs per 162 game season. Last year was Uggla's best, when the second baseman batted .287, hit 33 home runs, and drove in 105 men.

It seems as if Uggla is now entering his prime and what a perfect time to do so, when he finally has something to play for: a championship. 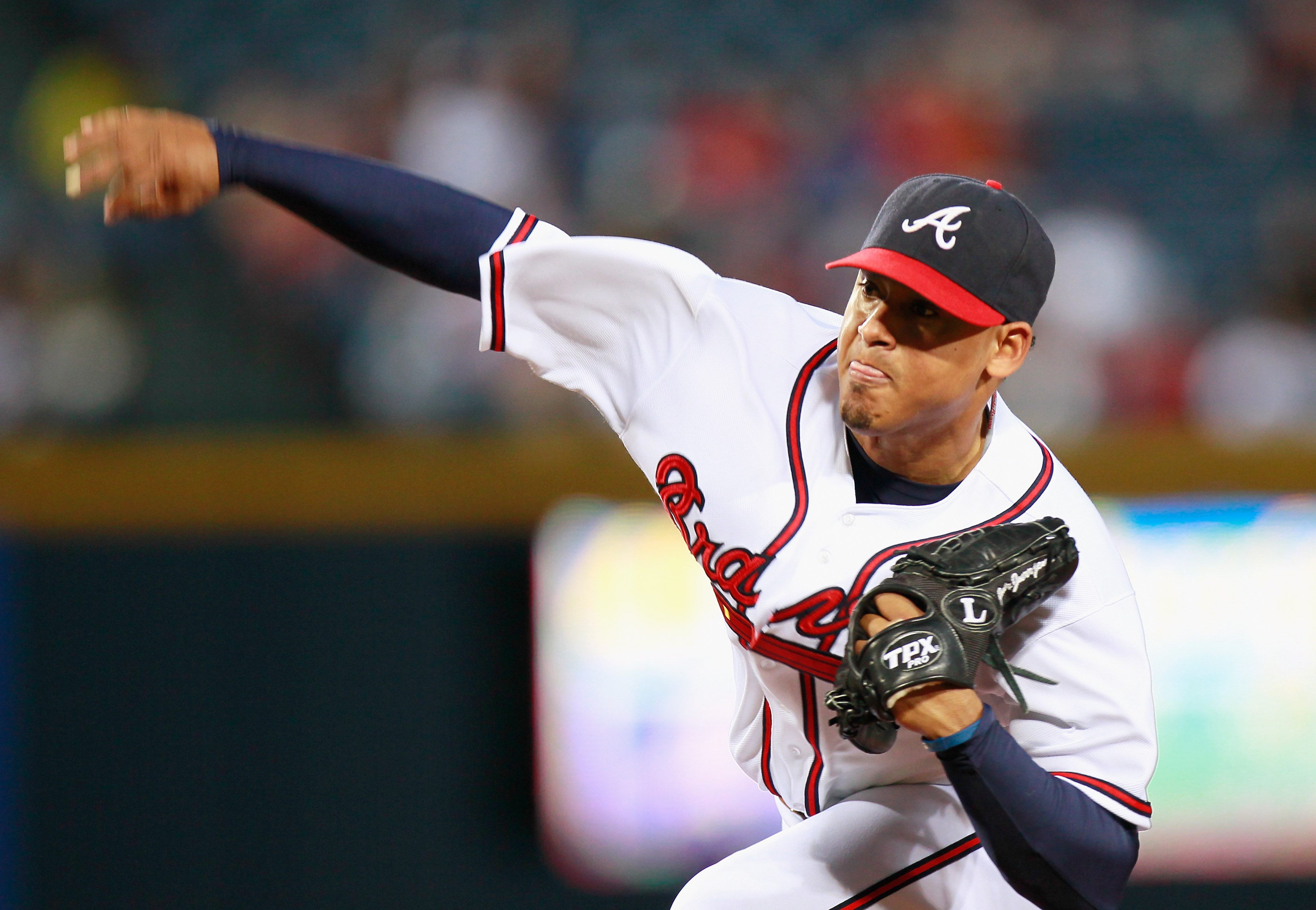 Unfortunately, Jurrjens' next season in a Braves uniform was plagued by injuries and as a result, the young hurler only started 20 games.

Now, after an offseason dedicated to recovering and getting back in shape (Jurrjens has lost a significant amount of weight), the right-hander is ready to return to his vintage form.

If Jurrjens can replicate what he did two years ago, he is just another ace on the Braves staff, giving them a top four consisting of Jurrjens, Tommy Hanson, Tim Hudson, and Derek Lowe.

Sure, that top four may not equal the current staff of Philadelphia, but with the exception of Cole Hamels (whose contract expires at the end of the year), the Phillies rotation is much older than Atlanta's. So while all may be well and good for Philly in 2010, the Braves clearly have "won the future" with the staff of Hanson, Minor, Jurrjens, Teheran, and Hudson just waiting around the corner. 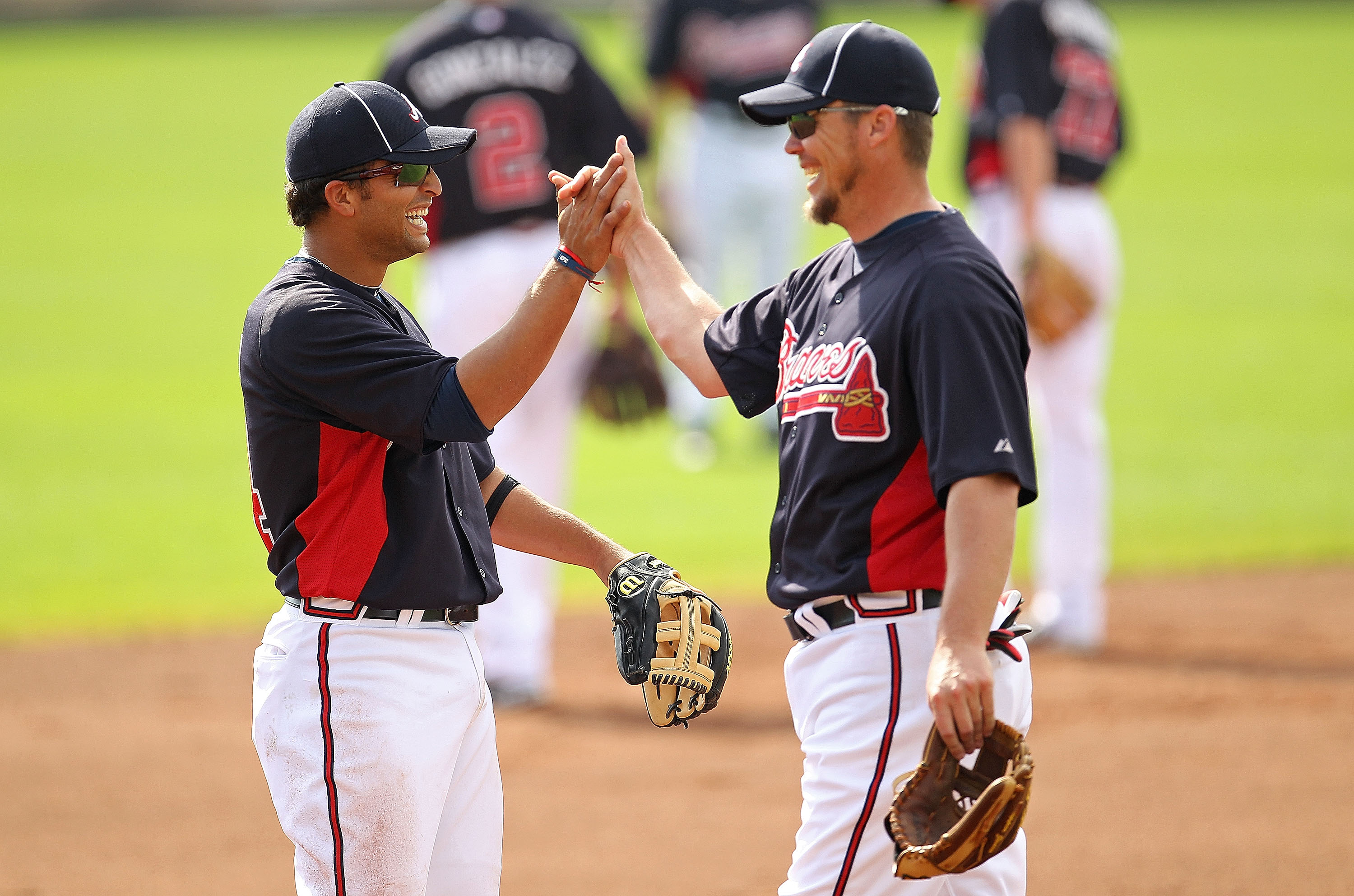 No, the Atlanta Braves' season does not depend solely on the knee of Chipper Jones, but it sure would be nice if the Hall of Famer could stay healthy.

If Chip can start and end the season without significant time on the DL, that means Martin Prado can stay right where he belongs or doesn't belong: left field.

Call me an idealist, but I don't see why Jones playing 130 games is that much of a stretch.

If it weren't for a freak accident at third base on one of the best defensive plays of Chipper's career in 2010, Jones could've finished out the season with well over 100 games under his belt.

My guess: Chipper goes out on top. 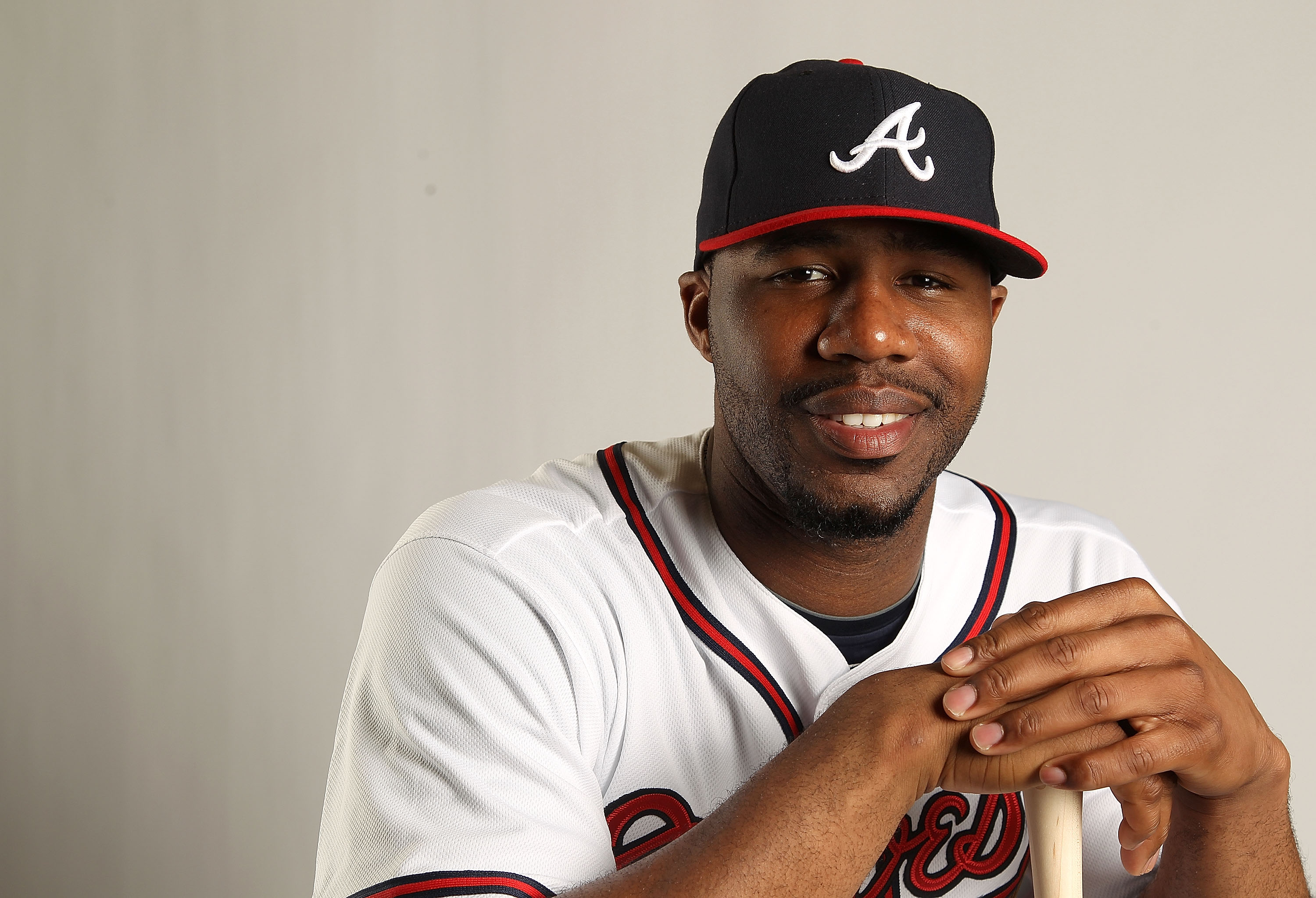 Sure, I may have a huge man-crush on Jason Heyward.

So I spend some time outside his bathroom window, trying to find out which body wash he uses (Old Spice, of course) and stealing his used towels. So I reply to every single tweet he has ever tweeted, with hopes that he will one day accept my offer to play a casual game of catch and watch "Three Men and a Baby" in my man cave...sue me.

Last year, before the second coming of Christ injured his holy thumb while sliding aggresively into third base like a champion, Atlanta's right fielder showed flashes of vintage Willie Mays, displaying one of the most natural swings and some of the best plate discipline in recent memory.

Heyward is the key to the Braves' 2011 season and anyone who watched Heyward for the first month or so of the 2010 season know that when Heyward is completely healthy, he has the potential to be the best player in MLB.