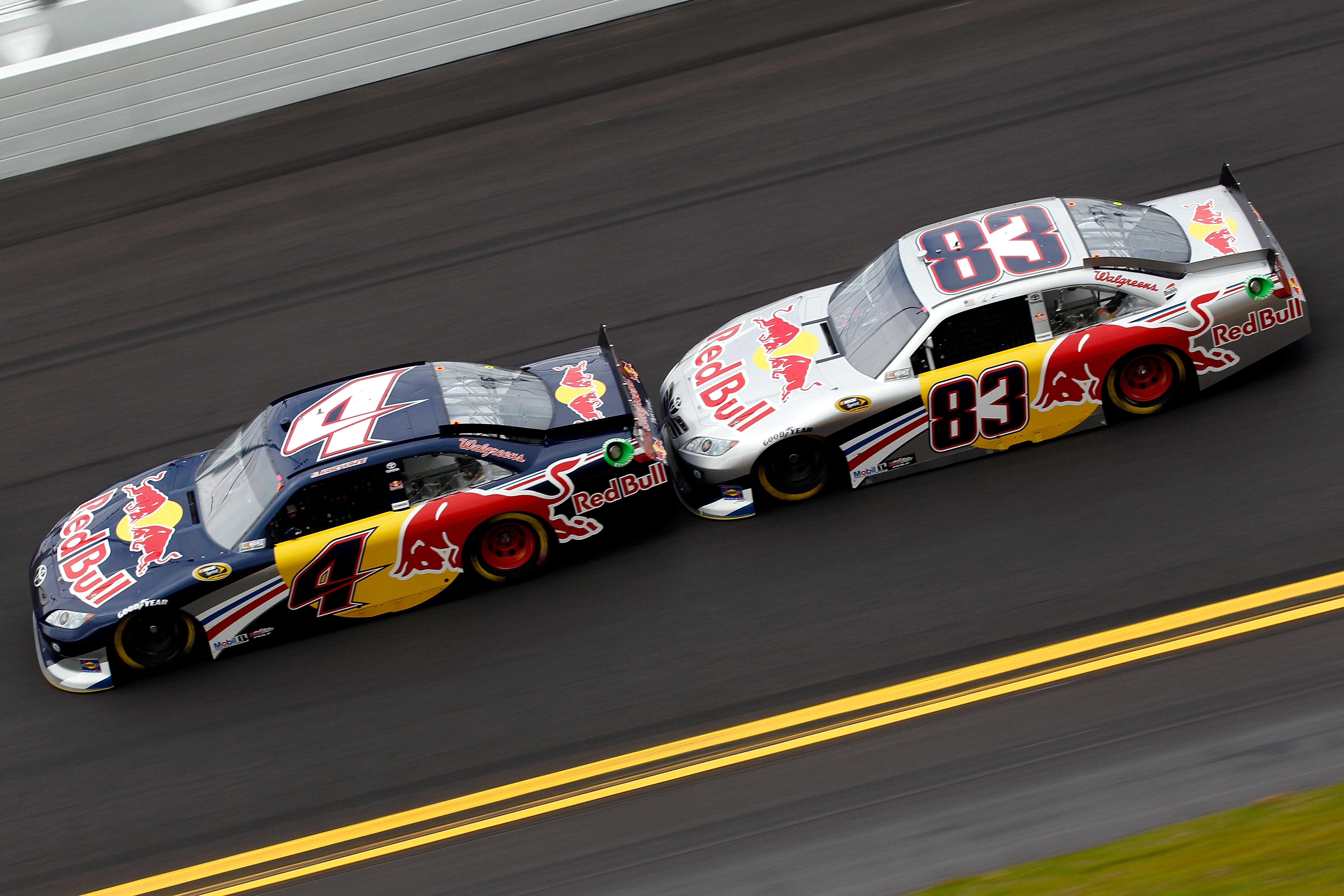 The field has been set for the Daytona 500. There are 43 drivers who all want more than anything to have their name placed on the illustrious list of winners. For some drivers, though, while winning would be great, just having a strong run and a good finish will do wonders for their seasons.

I have narrowed the list down to 10 drivers who, more than their peers, desperately need a strong showing once the green flag flies on Sunday. 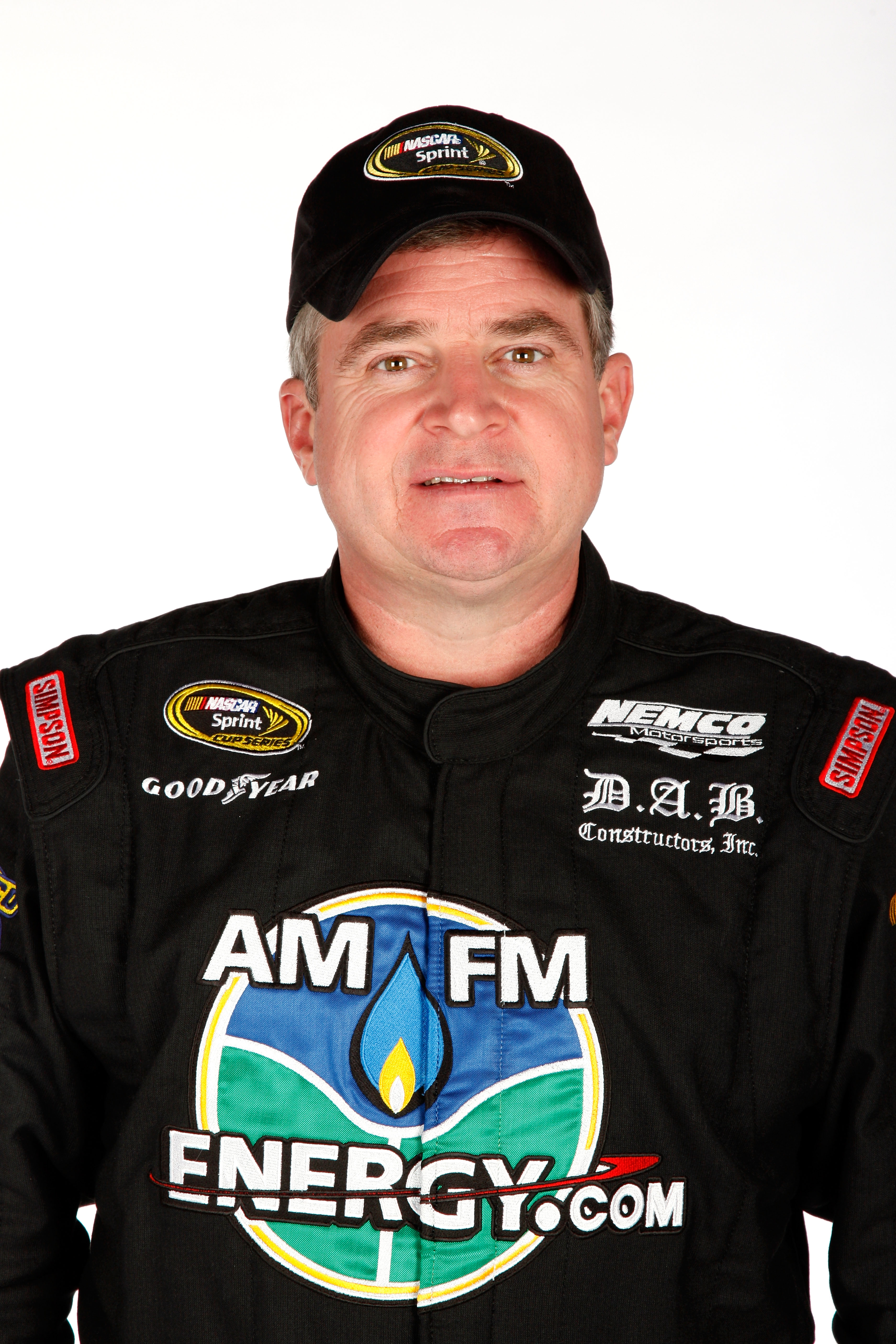 Joe Nemechek is a driver you have to feel bad for. All he wants to do is race, and he is doing everything in his power to continue doing so. When it comes to drivers who desperately need to find sponsorship help, Nemechek has to be one of the first drivers that come to mind.

He is funding both a Sprint Cup and a Nationwide Series team, basically out of his own pocket. The last three Daytona 500s have been especially tough for him. Twice he finished outside the top 40, and in 2009 he failed to make the race.

Prior to that tough luck, he had found some success in this race. Between 2004 and 2007, Nemechek finished 13th or better three times in the 500.

So, if there is one driver to really cheer for to have a good day, it's got to be Joe Nemechek. Because it would be great to see him get some financial backing and be able to compete at a high level once again. 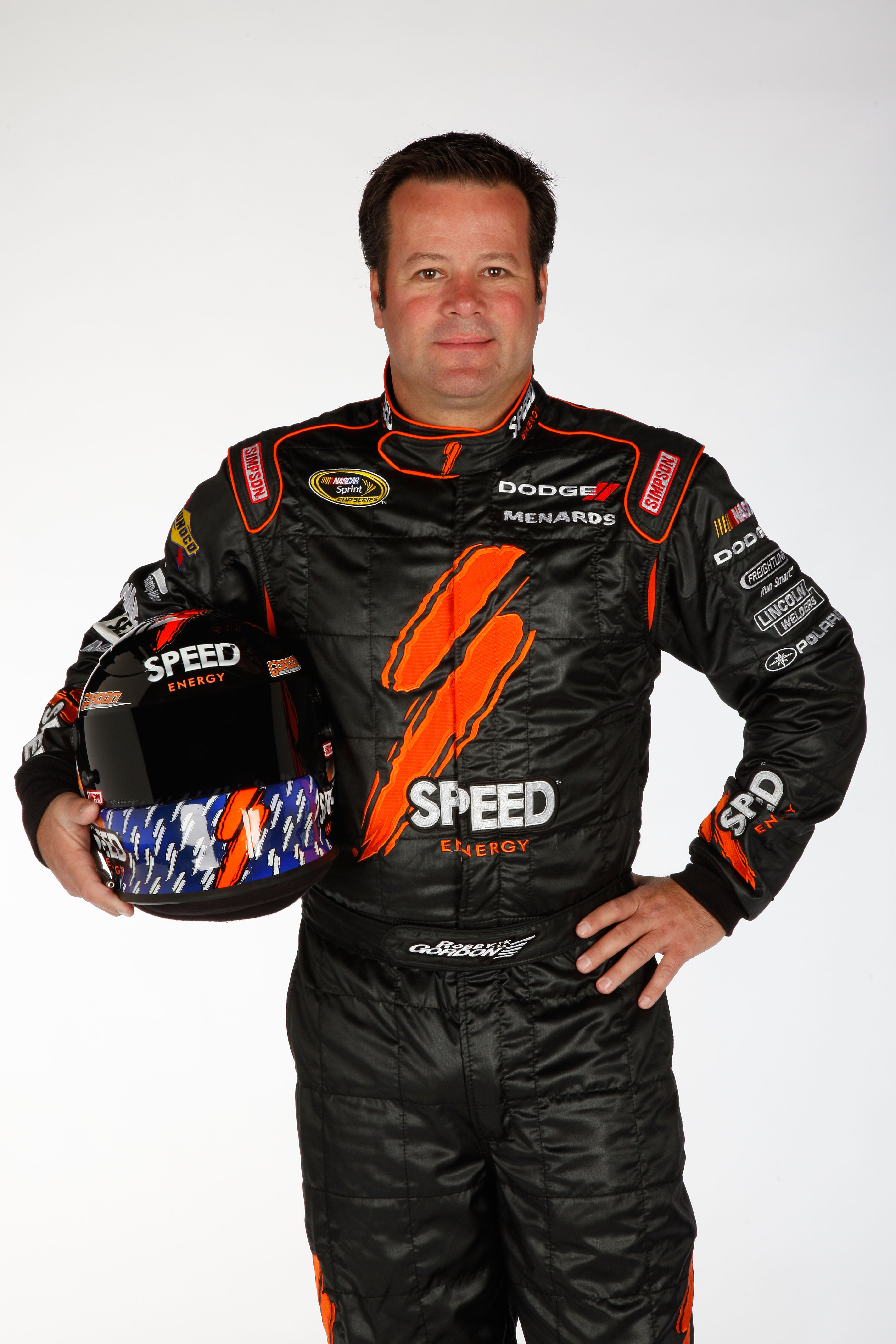 Robby Gordon isn't committed to running the full schedule in 2010. While his car just barely stayed in the top 35 in owner's points, guaranteeing a starting spot for the first five races of this year, he isn't sure for how much of it he will be behind the wheel.

Gordon has been lacking the proper funding, and with his heart more into his open wheel racing, who knows how many events he will personally enter.

The Daytona 500 has not been a good event for Gordon. In 12 starts, he has scored just two top 10 finishes, and just one of those has been in the last five years while he has been an owner/driver.

If Gordon really wants to attract a sponsorship partner, putting together some sort of solid run in the Daytona 500 is the best way to get the ball rolling. 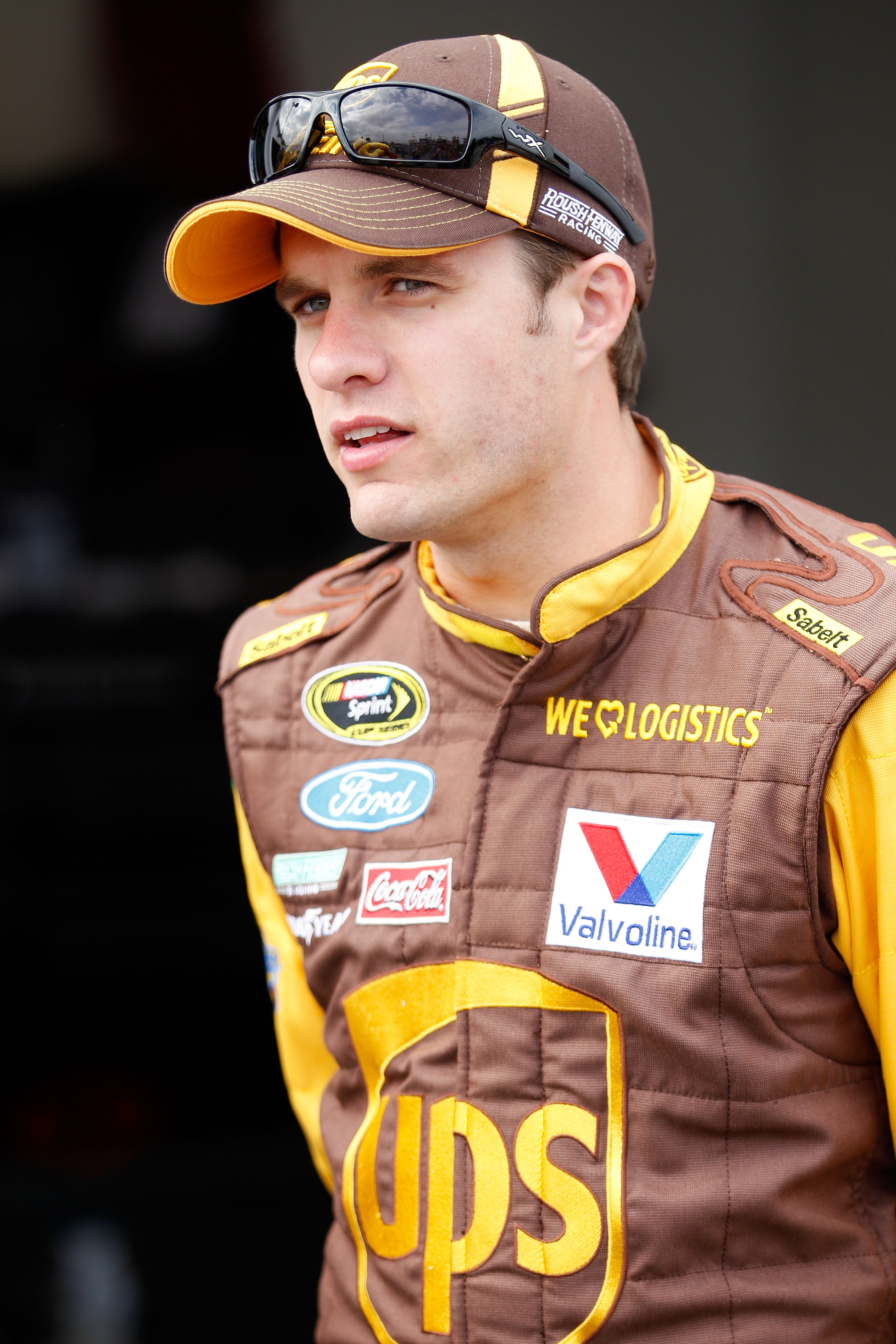 David Ragan is a driver who has fallen on some hard times over the last couple of seasons. After a hugely successful breakout year in 2008, very little has gone right for Ragan. After posting 14 top 10s that season, he has amassed a total of just five since.

With all three of Roush Racing's other drivers qualifying for the Chase and contending for wins, there is a lot of speculation about how secure Ragan's future is with the team. This is a driver that desperately needs not only a good run at Daytona, but a good season overall.

The 500 has been fairly good for Ragan in his four attempts. Aside from being crashed out of the 2008 running of the event, he has posted finishes of fifth, sixth and 16th. Restrictor plate racing as a whole really seems to be Ragan's strength.

If he wants to put to rest some of the questions about his job security, starting off with a good showing in Daytona wouldn't be a bad idea. 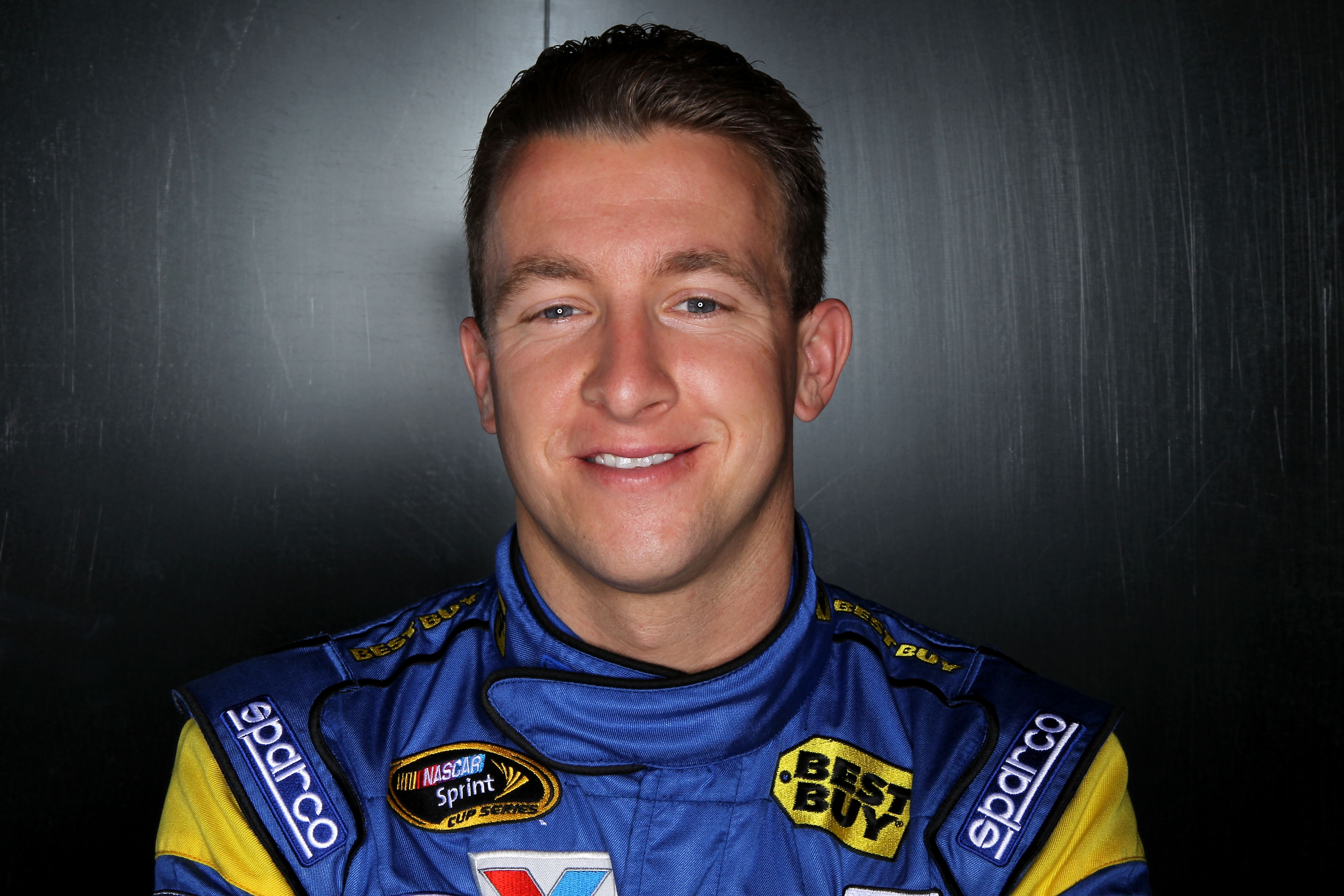 AJ Allmendinger finds himself in the position of being the lead driver for a Petty Motorsports organization that seemingly has more questions than answers. This was a team that wasn't even sure if it would be able to finish the season last year, due to financial woes aplenty.

The team downsized from four cars to two, and Allmendinger has been tabbed as the top driver. He has made significant strides each year of his Sprint Cup career, and some people believe he could be the next first-time winner on the circuit.

He has only competed in the Daytona 500 twice. Once he finished 32nd, and the other saw him record his career-best finish of third. While he doesn't necessarily have to match that finish, a solid top 15 would go a long way in uplifting an organization that was close to hitting rock bottom. 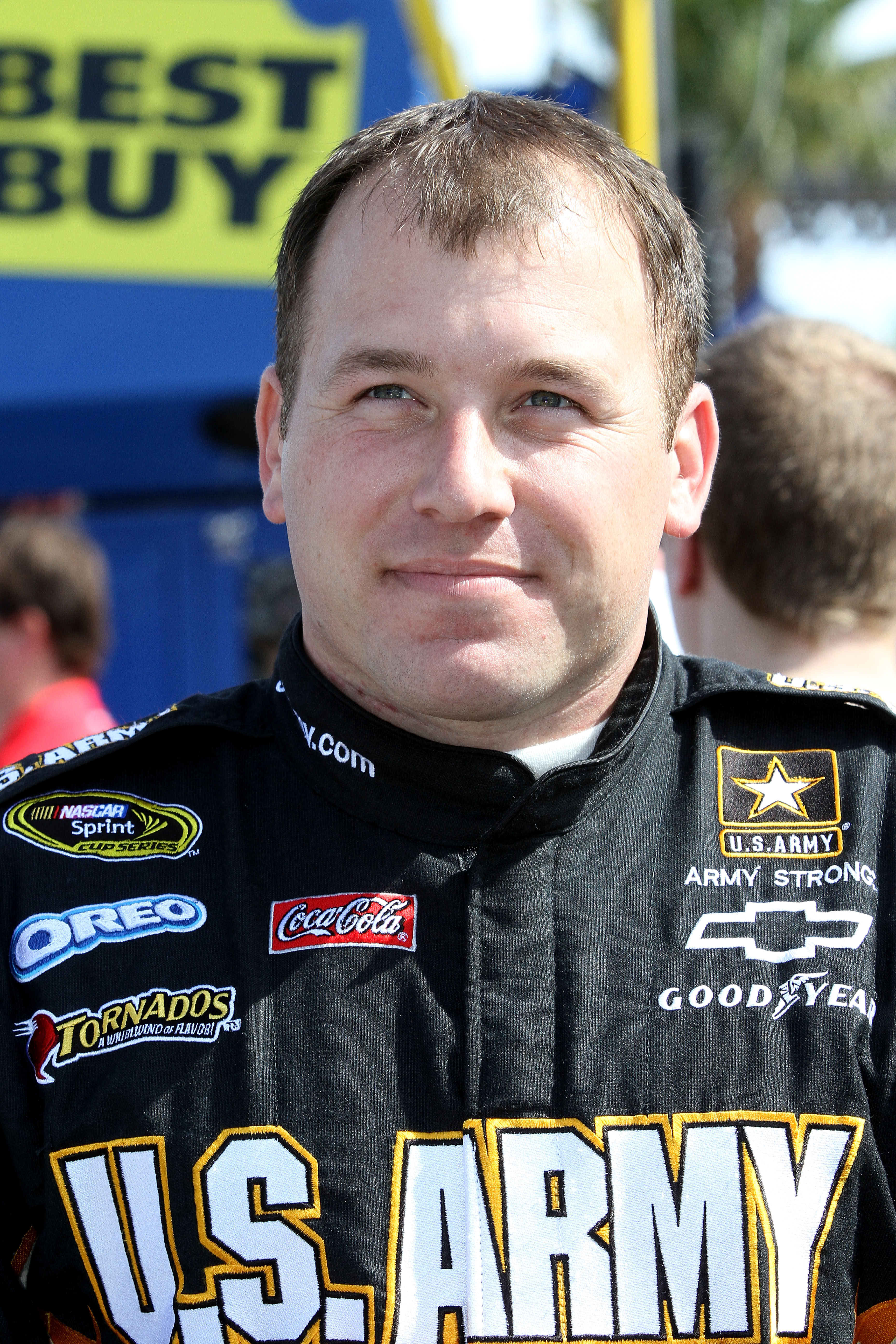 For the most part, Ryan Newman is snake bitten when it comes to the Daytona 500. Yes, he won the race in 2008, and two years earlier he had a third-place finish. But beyond that, the results are bleak at best.

If you take away his win and third-place finishes, his average finish in the Daytona 500 in seven races is 30th. For whatever reason, this race seems to really dislike Newman.

Twice he has crashed out of the event, while one other time he had an engine expire. Newman doesn't need to win this race again; all he wants to do is finish the race, and a top 20 finish probably wouldn't even be asking for too much for Newman. 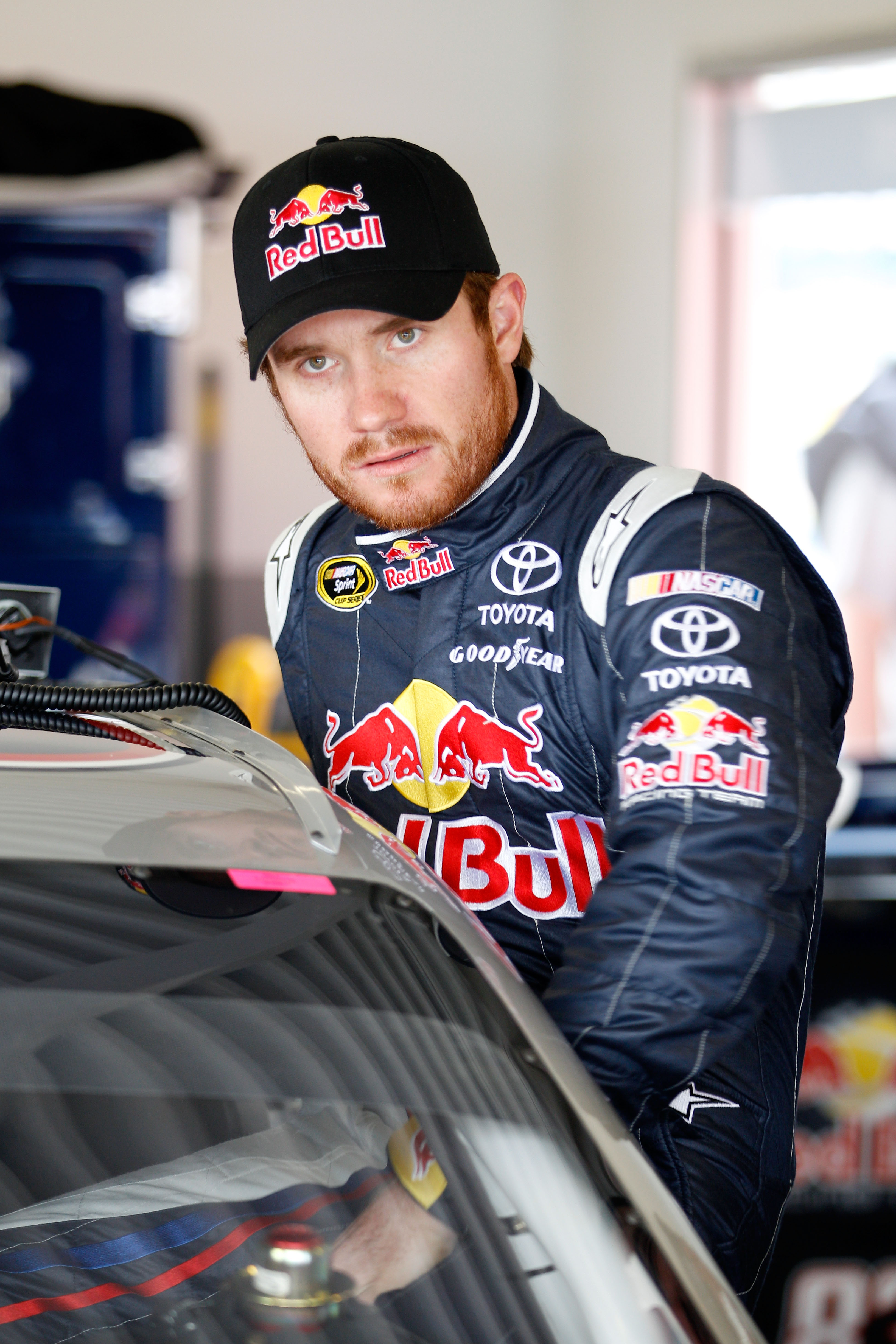 Brian Vickers will be making his first start in a points-counting event since May of last year when he straps in for the Daytona 500 on Sunday. Vickers is making a return from blood clots that derailed his 2010 season and almost ended his career.

Vickers career numbers in the Daytona 500 are eerily similar to his new teammate Kasey Kahne. Like Kahne, he has entered the event seven times, and has a best finish of seventh, which he also has done twice. The rest of his finishes are all outside the top 10.

Vickers needs a strong run, if for no other reason than confidence. His self confidence would really take a boost, but the confidence of his fellow drivers in him would grow. There are fears among some of the other drivers in the garage about how hard they should race Vickers while his health is still possibly in question.

A good run may subside some of those fears. 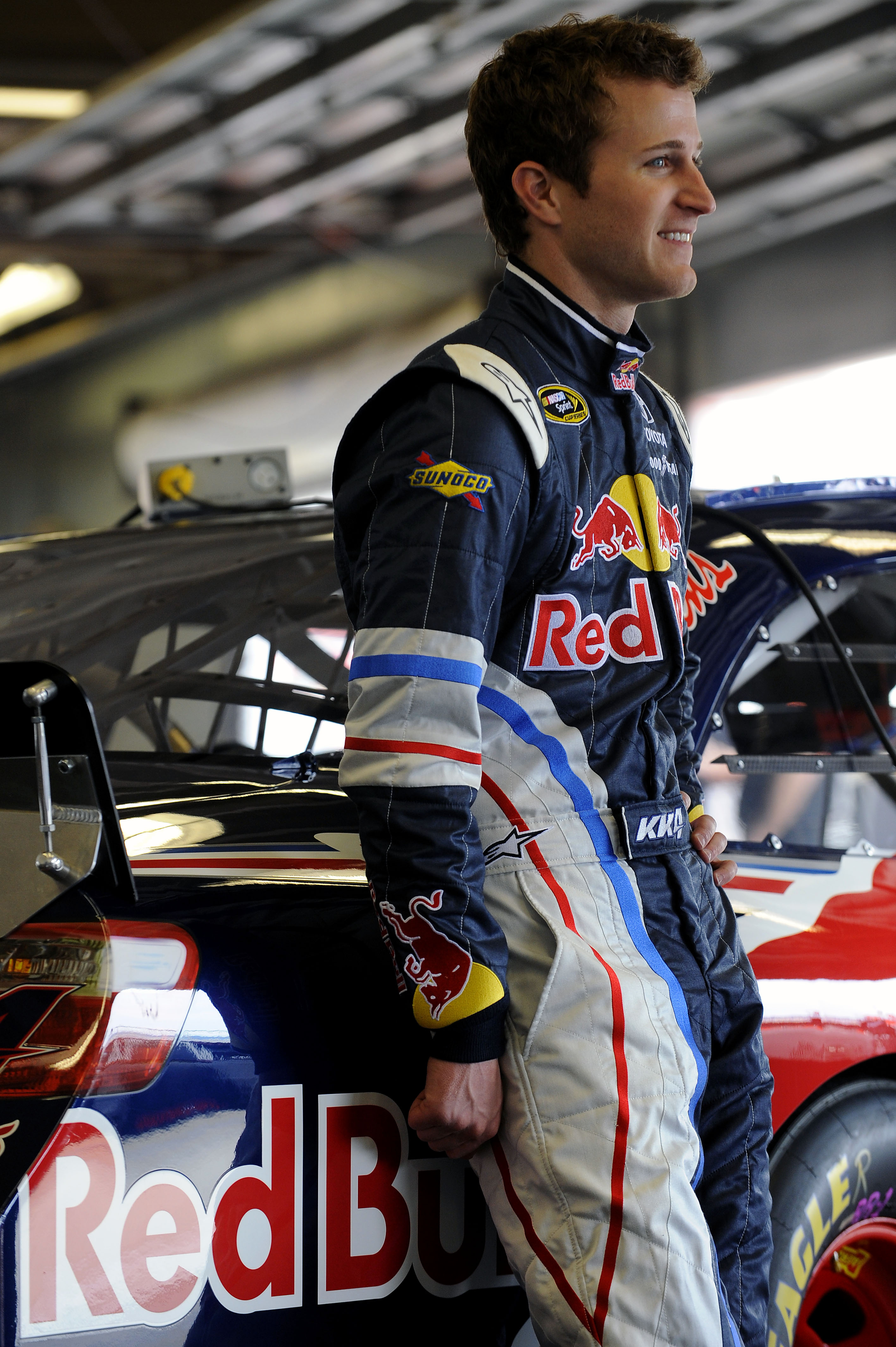 Kasey Kahne is coming off a dismal 2010 season that saw him leave his No. 9 of Richard Petty Motorsports after a winless year. He has signed on to drive for Red Bull Racing for one season before taking over the No. 5 at Hendrick Motorsports in 2012.

The big question for Kahne this year, is how focused will he be on the task at hand, or is he already preparing for 2012 when he drives for the flagship organization?

In seven starts in the Daytona 500, Kahne has posted two seventh place finishes, and that is about it. Four of his five other starts have resulted in finishes outside the top 20.

Kahne's brief stint with team Red Bull would get off to an ideal start if he can find a way to piece together anything better than a 20th-place run. 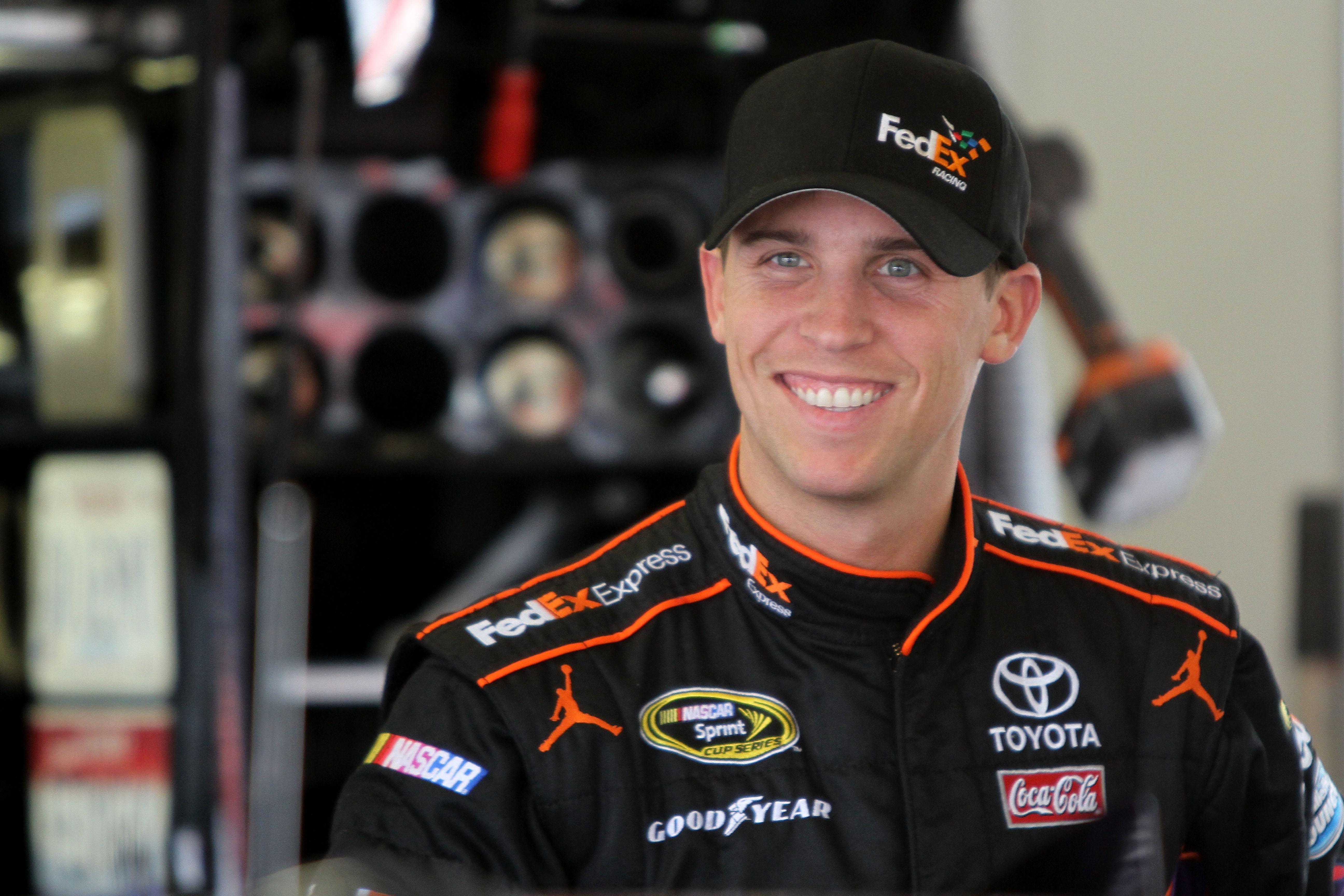 By now we are all familiar with the recent history of Denny Hamlin. He went into last season's final race with the point lead, looking to dethrone the four-time defending Sprint Cup Series champion, Jimmie Johnson.

After an early spin through the infield, Hamlin never recovered and ended up losing out on the championship. How he bounces back this season will be interesting to see.

Thus far, Daytona hasn't been kind to Hamlin. He missed out on winning the Bud Shootout when he was penalized for passing below the yellow line. Then he was spun out during the Duals. For his career, the Daytona 500 has been a pretty good race for Hamlin.

In five starts, he has three top 10 finishes, and only once was he outside the top 20. He could do a lot to his confidence if he can continue his good fortune in this event. If he is going to make another effort to overthrow Johnson, he would be wise to start the season off on a strong note. 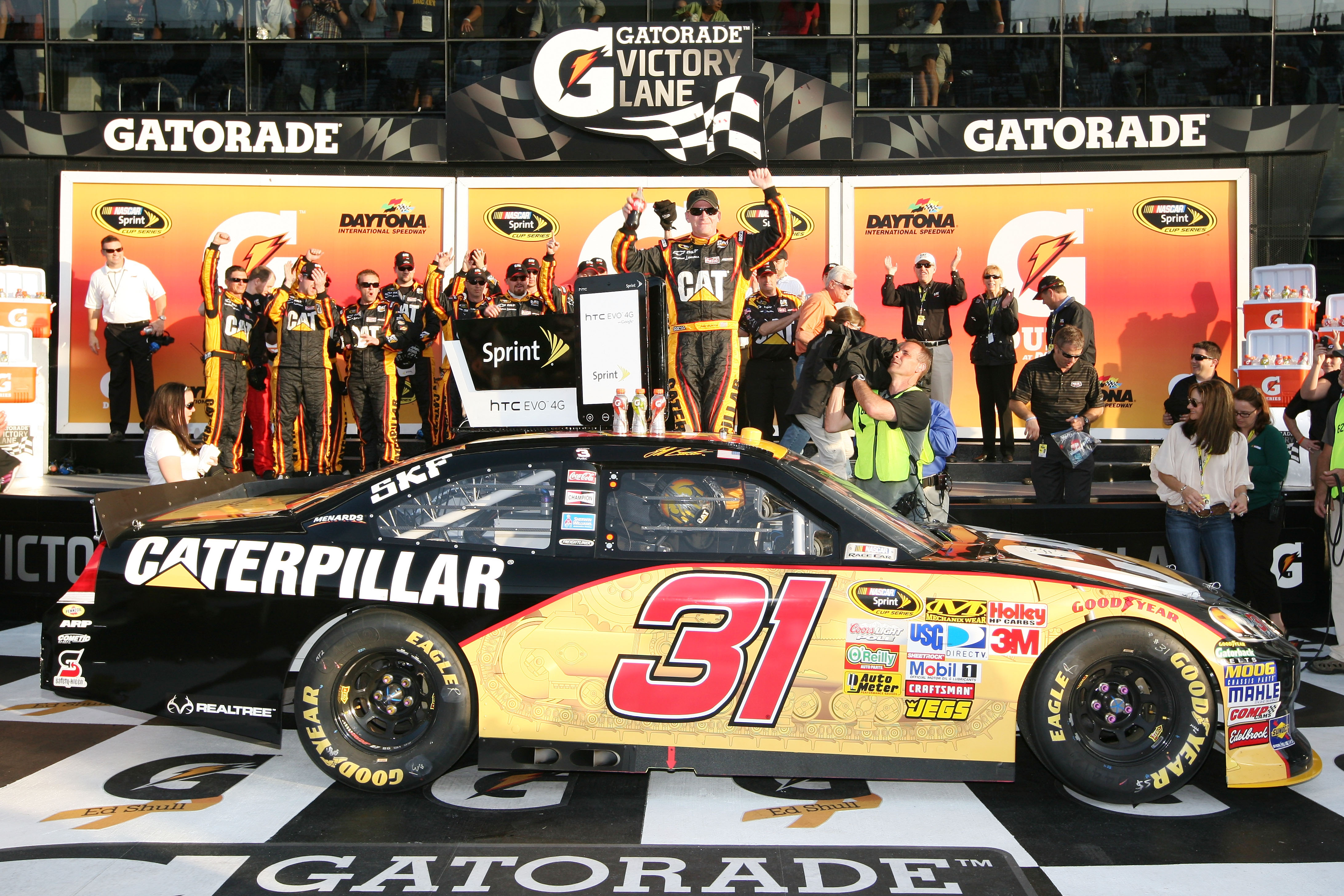 Like Martin, Jeff Burton is a seasoned veteran who hasn't had a lot of luck when it comes to the Daytona 500. In fact, his win in the Gatorade Duel was the first checkered flag that he had ever taken during Speedweeks.

Burton qualified for the Chase a season ago, but once it started nothing went right for the South Boston, Virginia native. During the Chase he scored just two top 10 finishes and had five runs of 20th or worse.

The Daytona 500 itself has been a tough race for Burton. In his last 10 Daytona 500 starts Burton has scored just one top 10 finish and has been outside the top 25 four times.

For a driver coming off a rocky finish to the season, any finish in the top 15 would be a nice way to start the season. The way Burton has looked thus far during Speedweeks, that shouldn't be too hard to accomplish. 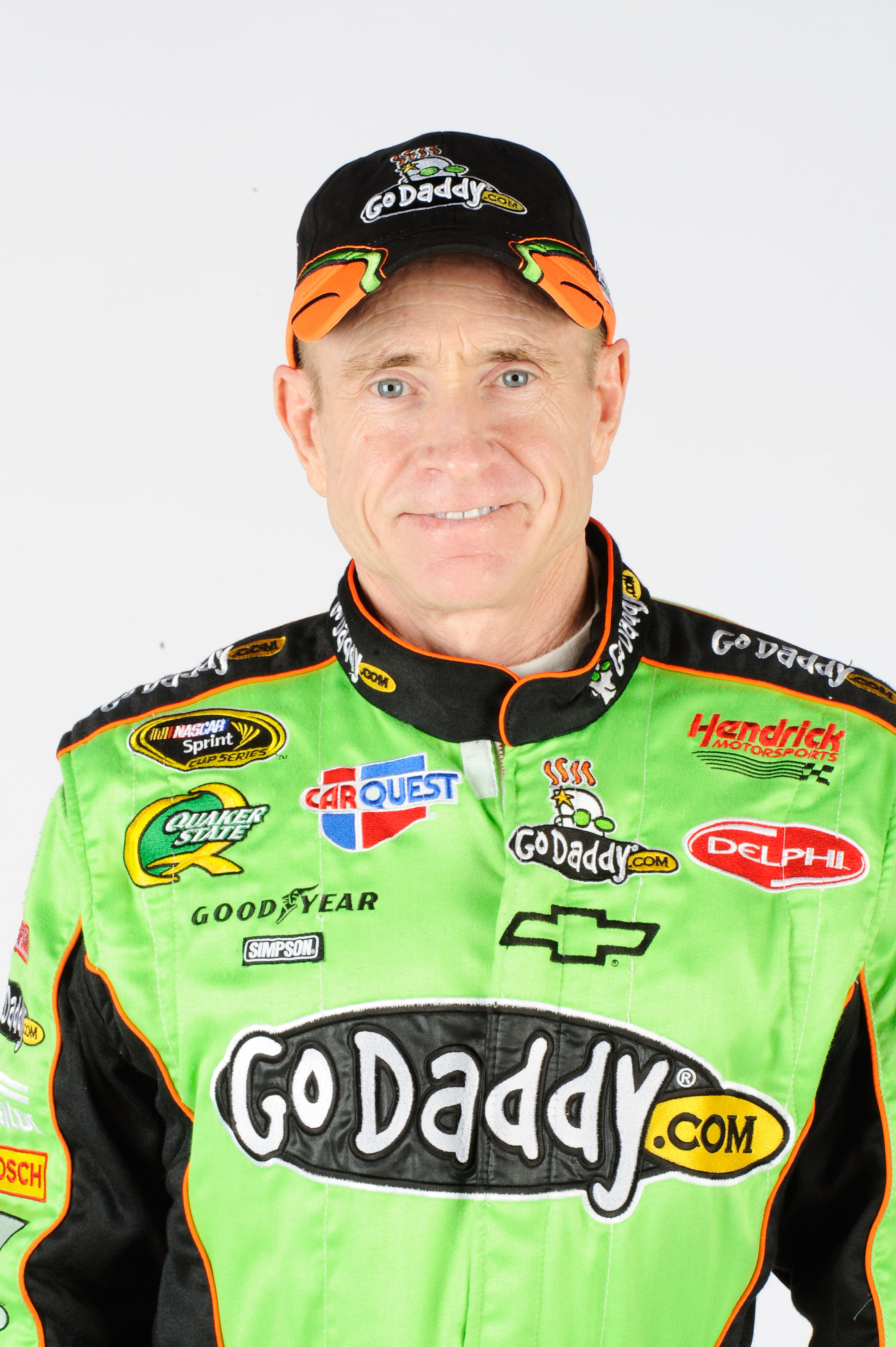 Mark Martin has done a lot of wonderful things in his long career. Winning the Daytona 500 is not one of those things. Martin has come up short in all 26 of his starts in the Great American Race, with a best finish of second in 2007.

While Martin would love to win this race, a good solid top 10 finish would go just as far. He is entering his final season driving for Hendrick Motorsports, and his future beyond this season is up in the air.

Martin is coming off an extremely disappointing 2010 season. After winning five races and finishing runner up to the championship in 2009, Martin went winless last season and failed to make the 12-man Chase. He scored just 11 top 10s, and had a 20-race stretch from Richmond in April through Kansas in September, where he posted just two top 10s.

While winning would be great for the 52-year-old Martin, just starting this season off on the right foot may be an even more important goal.