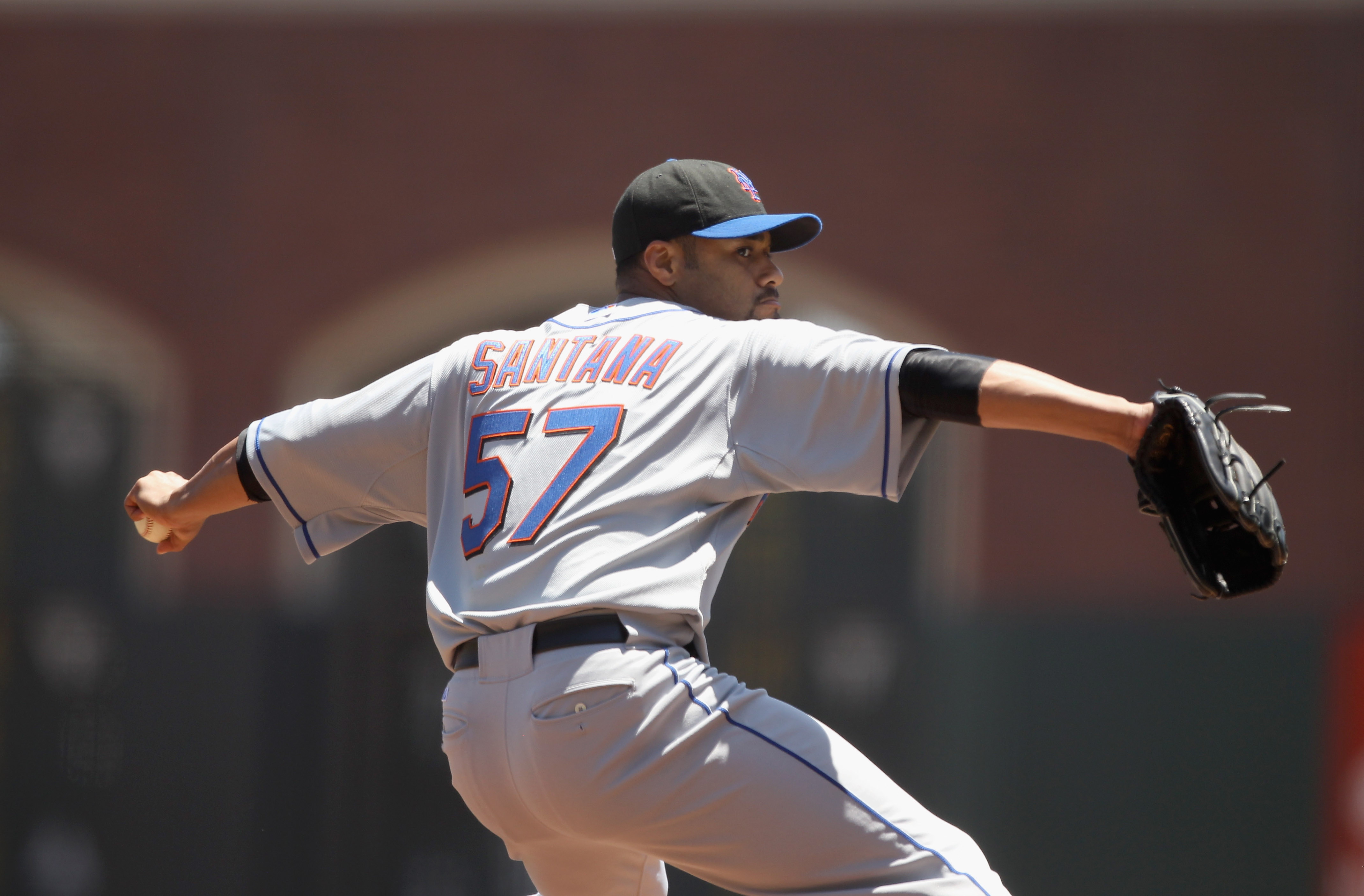 Johan Santana announced today that he may not pitch at all during the 2011 baseball season.

Santana was once one of the most sought-after pitchers in the entire Major Leagues and signed with the New York Mets as one of the most highly regarded players in all of baseball.

Drawing huge contract offers and loads of media praise, Santana looked destined to become one of the best left-handed pitchers of all time.

Since leaving for New York a few short years ago, Santana's career has taken a significant downturn, and now, the former All-Star barely has a career to hang his hat on.

This is a look at Johan Santana and his career since leaving the Minnesota Twins.

No. 5: His Contract Status with the Mets 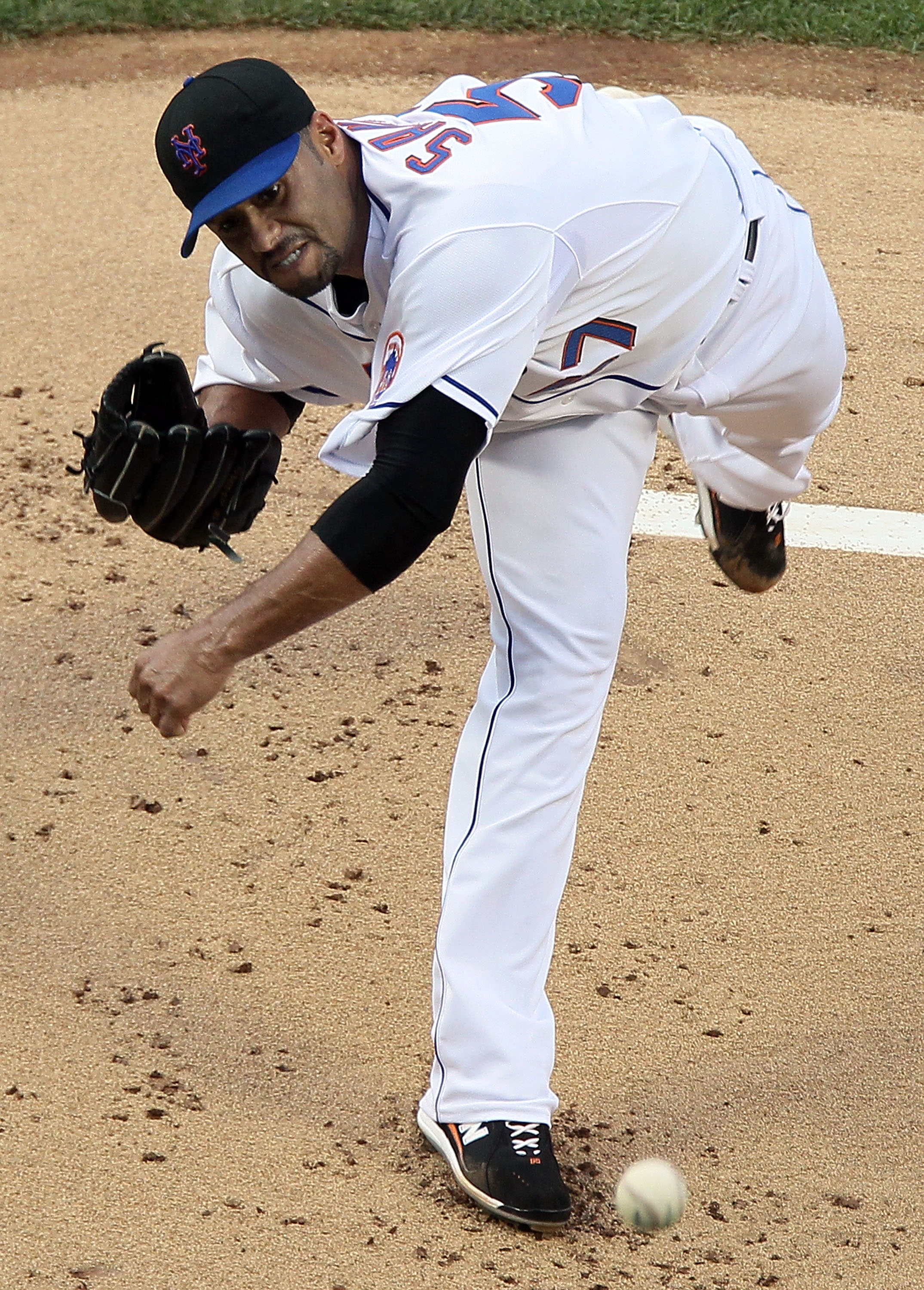 In 2008, Santana signed a six-year, $137 million contract with the Mets that immediately brought criticism and displeasure among many members of the New York media.

Many experts felt that the team overpaid for Santana and would later be proven correct by Santana's play on the field.

The Mets still have three years left in that current deal with close to $70 million still owed. 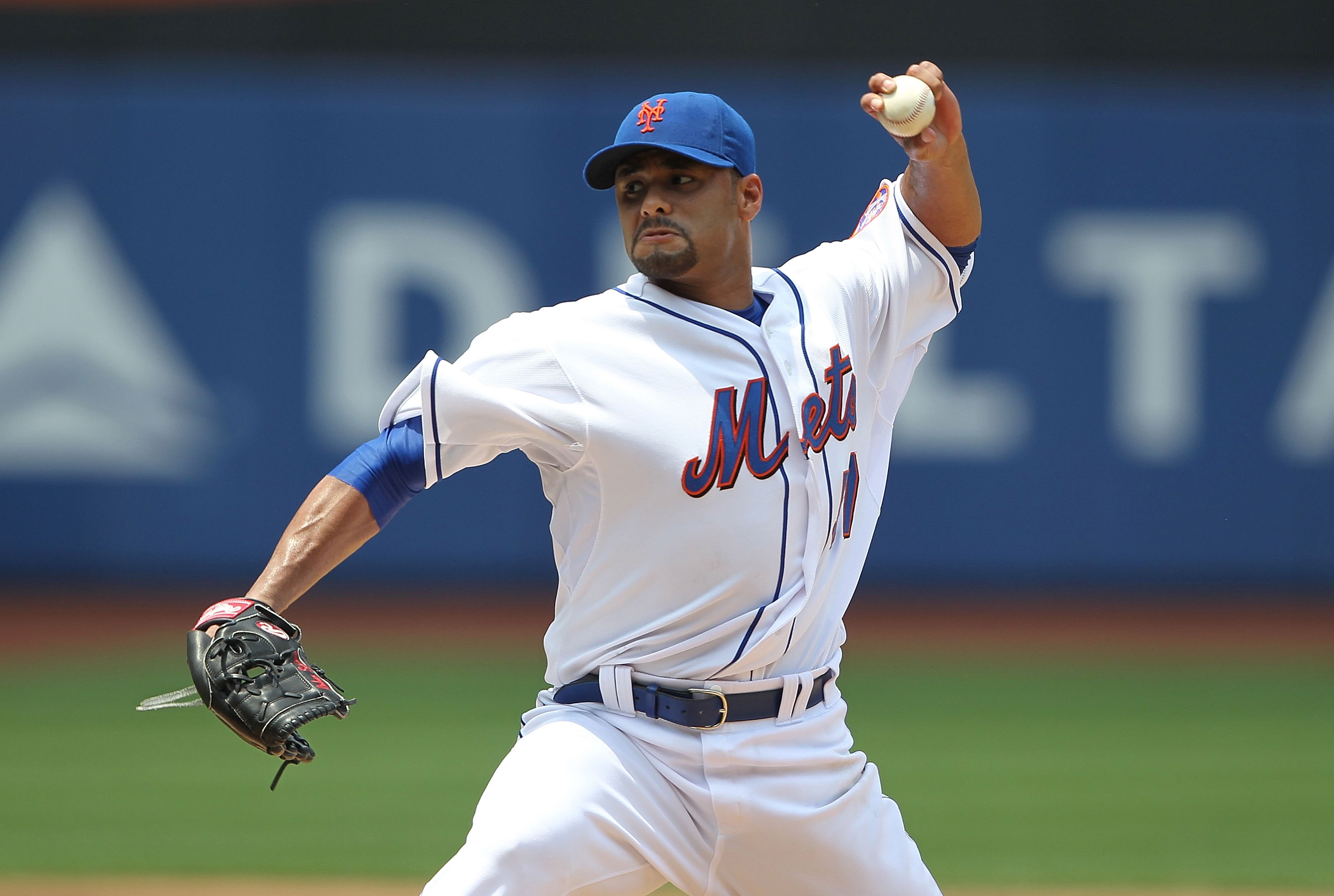 Santana's current contract includes a full no-trade clause that can not be interfered with by the New York Mets. Santana also has an option included within his contract for the 2014 season that is estimated roughly around $6 million.

Even if Santana does not pitch this season, the Mets will have to continue paying his salary until either the contract expires or Sanatana retires. 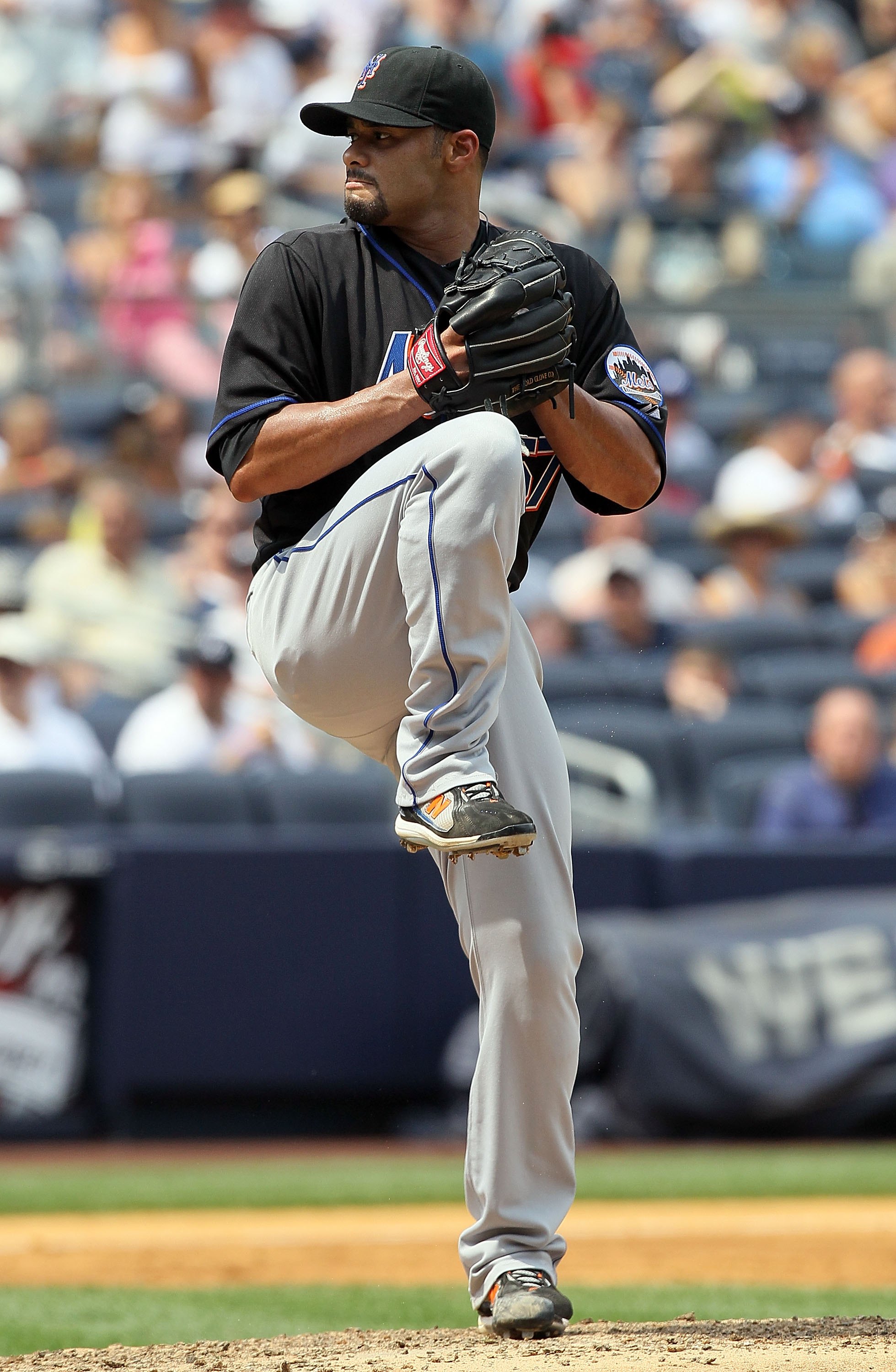 Police in Fort Myers, Florida issued a report in 2010 that Santana sexually assaulted a woman at a local golf course and was brought to court on sexual assault charges later that year.

The charges were eventually dismissed by the court in Fort Myers, but the alleged victim filed another suit claiming rape and other charges.

That lawsuit is still pending in Florida court.

No. 3: Twins vs. Mets Statistics 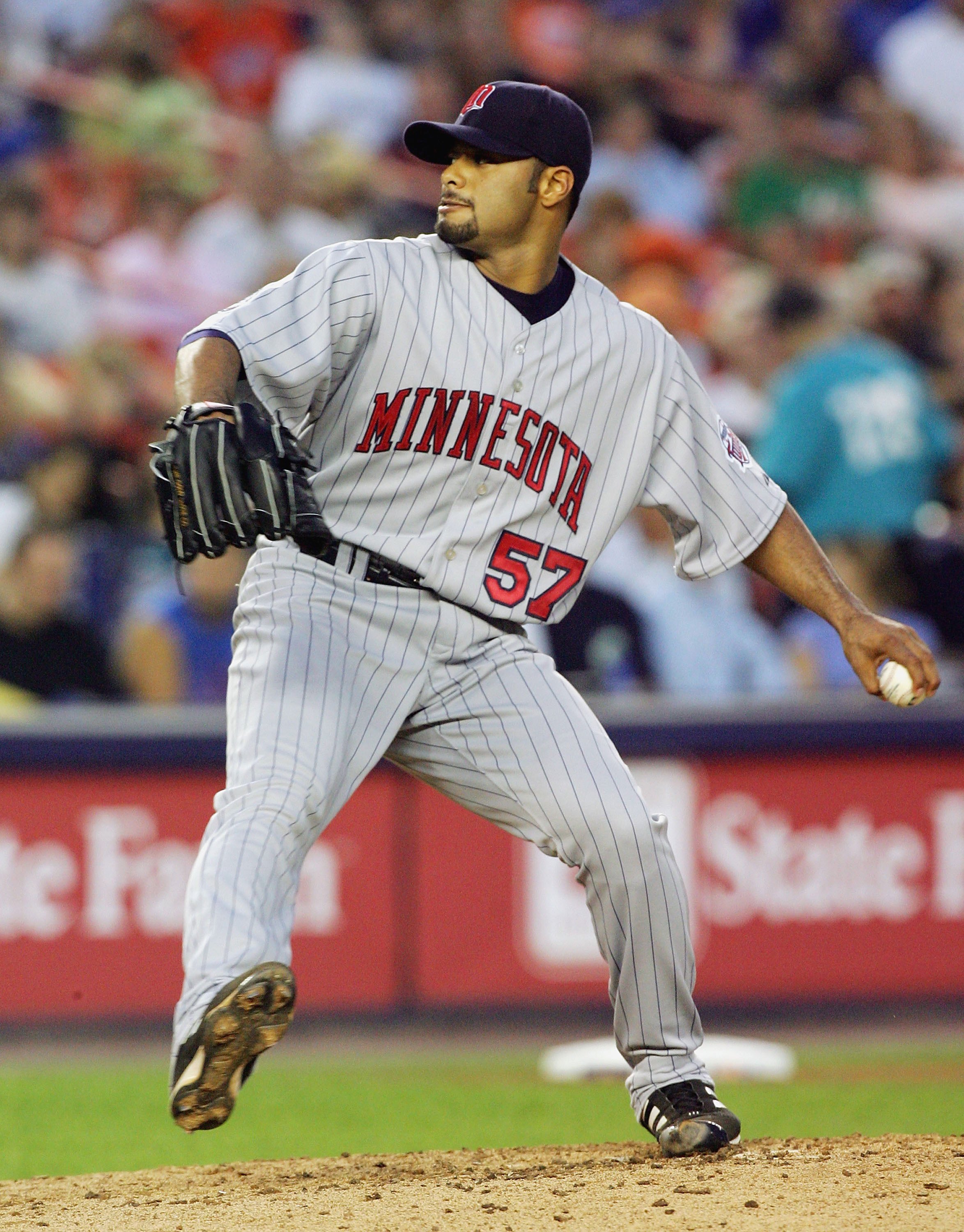 Santana played eight seasons with the Minnesota Twins, as opposed to only three with the New York Mets, but has seen a significant decrease in pitching production in some major categories.

Santana is on pace to surrender more walks over his tenure with the Mets than he did when he was with the Twins and also had career lows in games started and innings pitched.

The Mets have only won 40 games where Santana earned a decision as opposed to 93 with Minnesota. 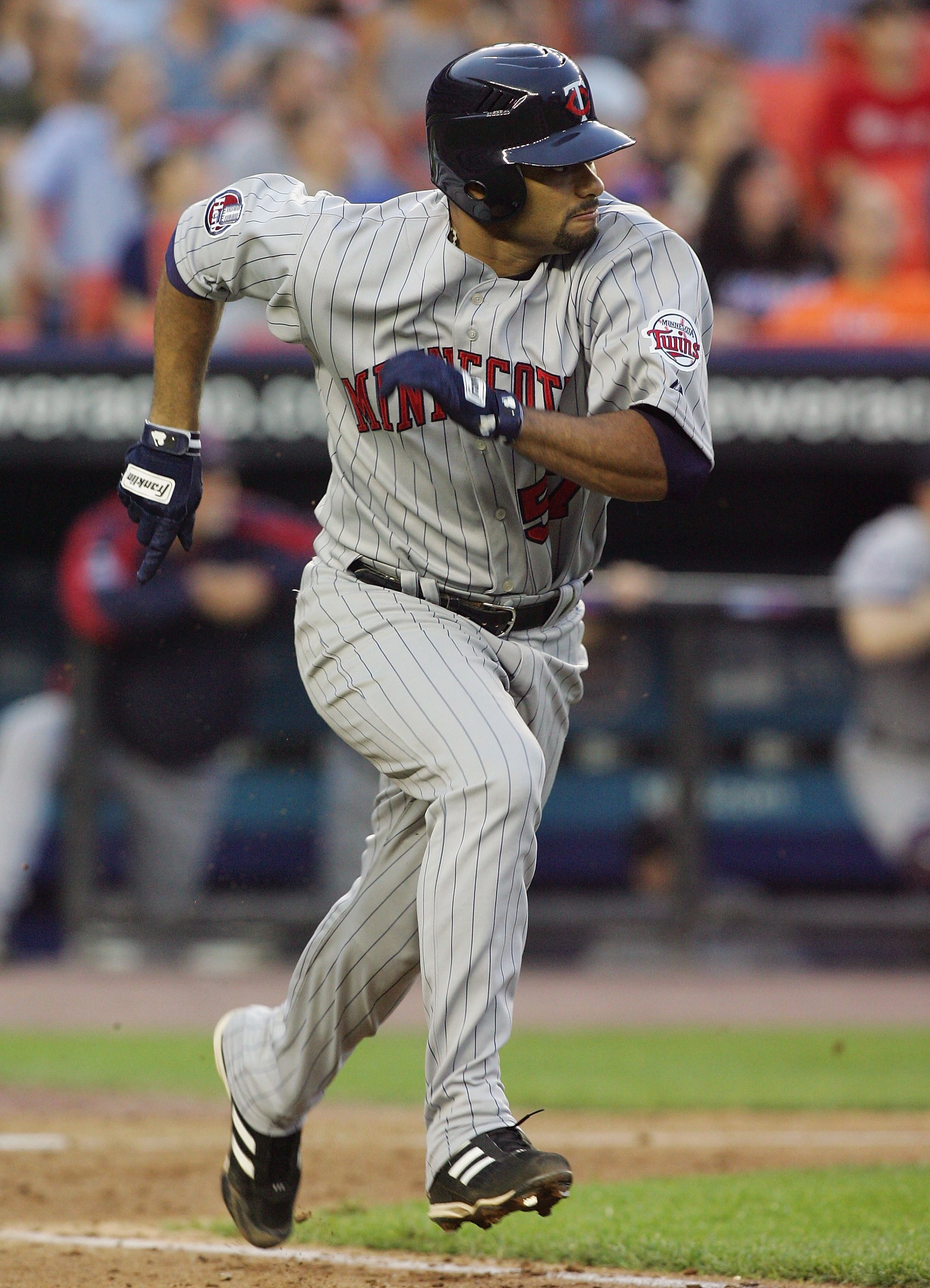 Santana's worst year in the Major Leagues came in 2010 when injuries forced him to miss a significant amount of time.

This career low season could not have came at a worse time for Santana, who was earning upwards of $20 million that season and became the target of much media scrutiny for the Mets' poor performance. 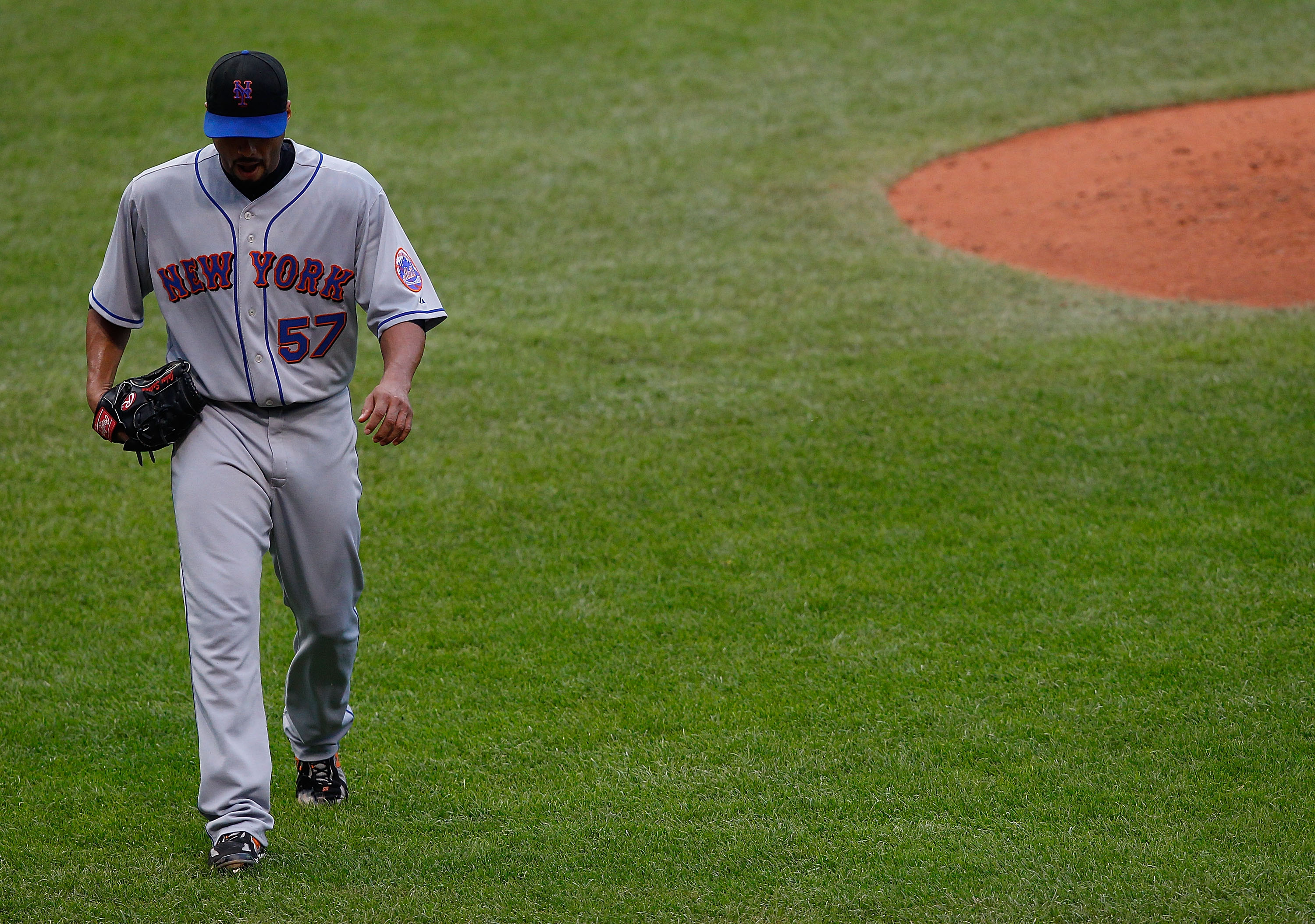 Injuries have become a more common part of Santana's game since he became a member of the New York Mets organization.

In both 2009 and 2010, Santana battled through issues with a strained pectoral muscle which limited his throwing ability and sent him to the bullpen for several missed starts.

The biggest injury came at the end of the 2010 season and may even bring his career to an abrupt end. 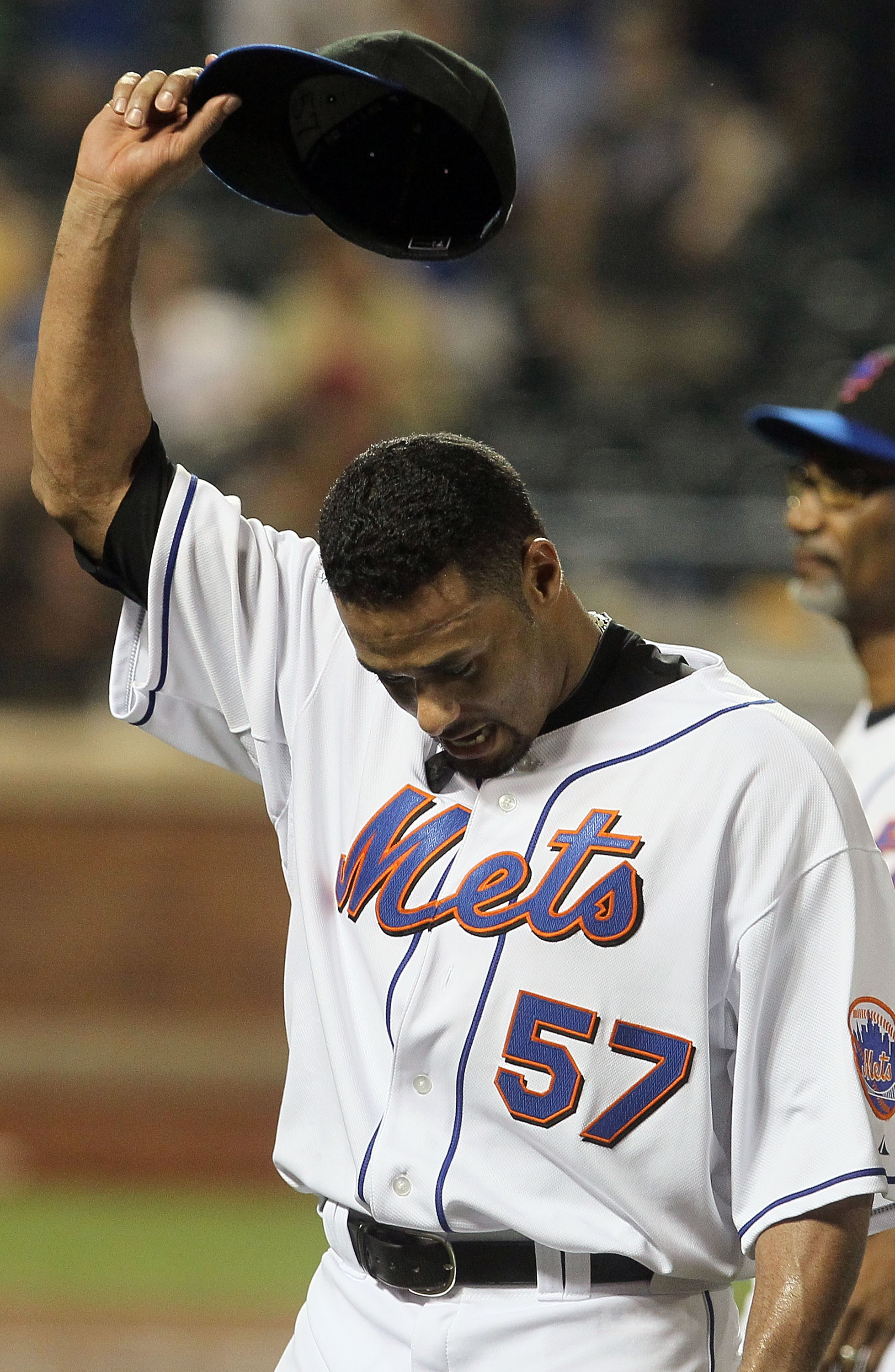 Santana tore his rotator cuff near the end of the 2010 season and required surgery in order to repair the tendons.

He was originally expected to return halfway through 2011 but recently stated that he may not return to the game at all until 2012.

Santana will have a long road of recovery ahead of him and may never return to the dominating force he once was. 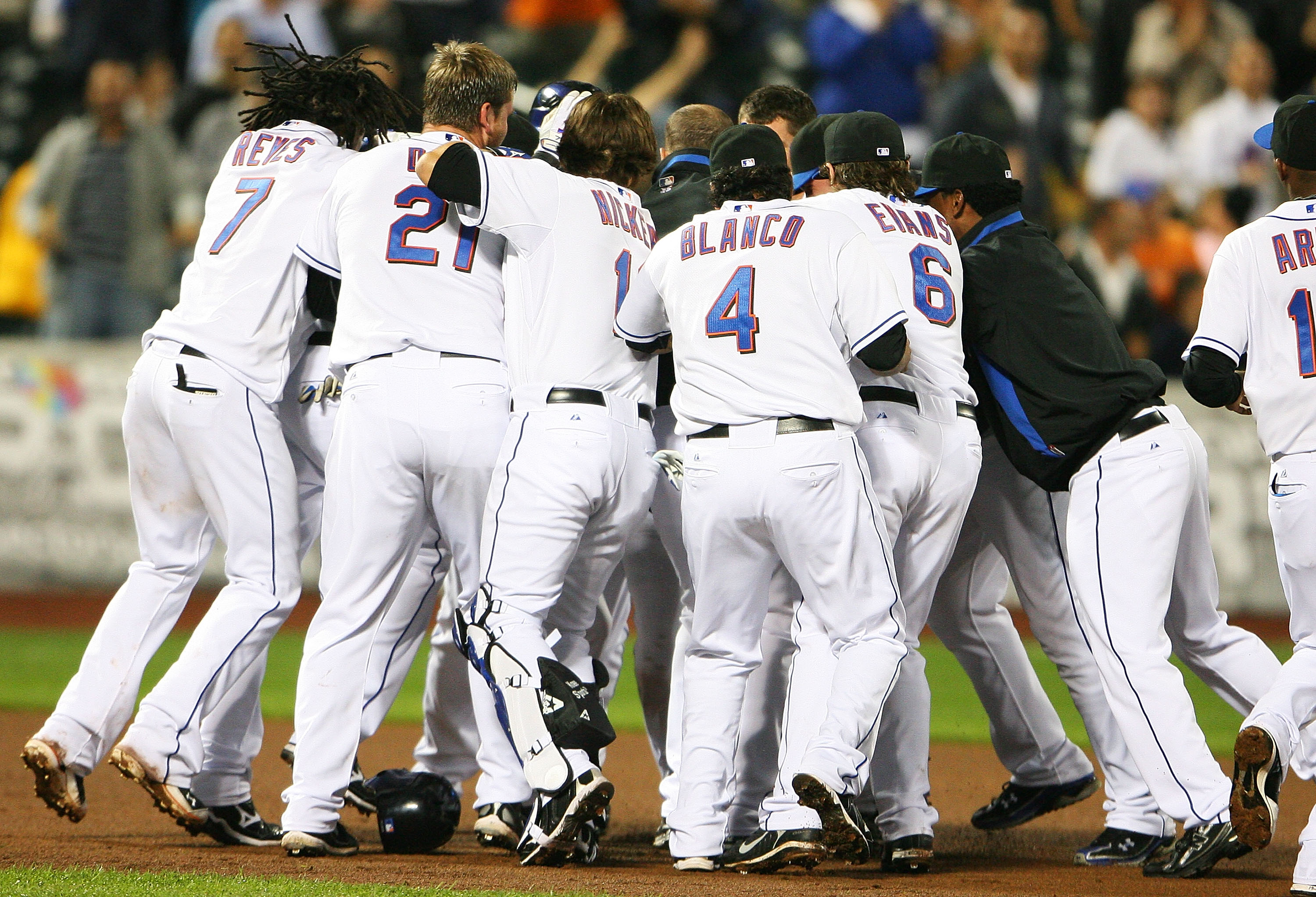 The New York media organizations are normally quick to point the finger and place blame on individuals when the local sports teams perform poorly.

Johan Santana and many other players within the Mets organization are no different.

Santana simply earns more money now than ever before, and his performance lacks the sparkle that it once had with the Twins.

If New York could find a way to be more successful on the field and maybe even build themselves up enough to contend for a division title, then Santana's reputation may only be one postseason start away from being saved.

Until then, here is a look at the numbers...

No. 1 Continued: Some Statistics 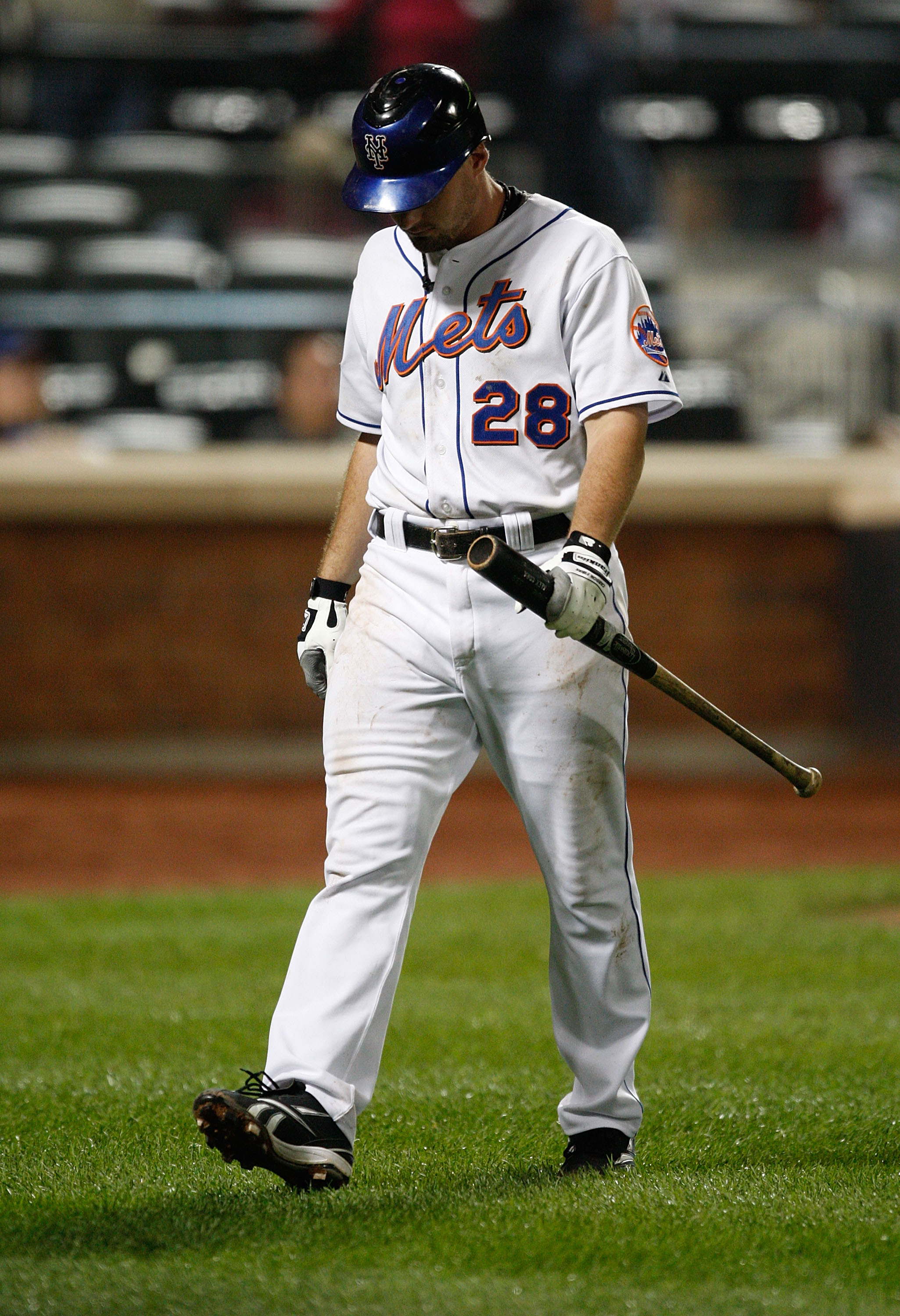 The Mets finished second in the division in Santana's first year with the organization in 2008 but failed to make the playoffs as a wild card.

Since that season, New York has placed fourth in the division two consecutive years and has had an increased team ERA every season.

Pitching is the name of the game in baseball, and with or without Santana, the Mets have struggled.

If Santana is able to recover and get his career back on track, he may have enough time to regain his old form and even become a hero in the New York Mets organization.

Until then, he will have to sit and watch as New York is forced to play on without him yet again. 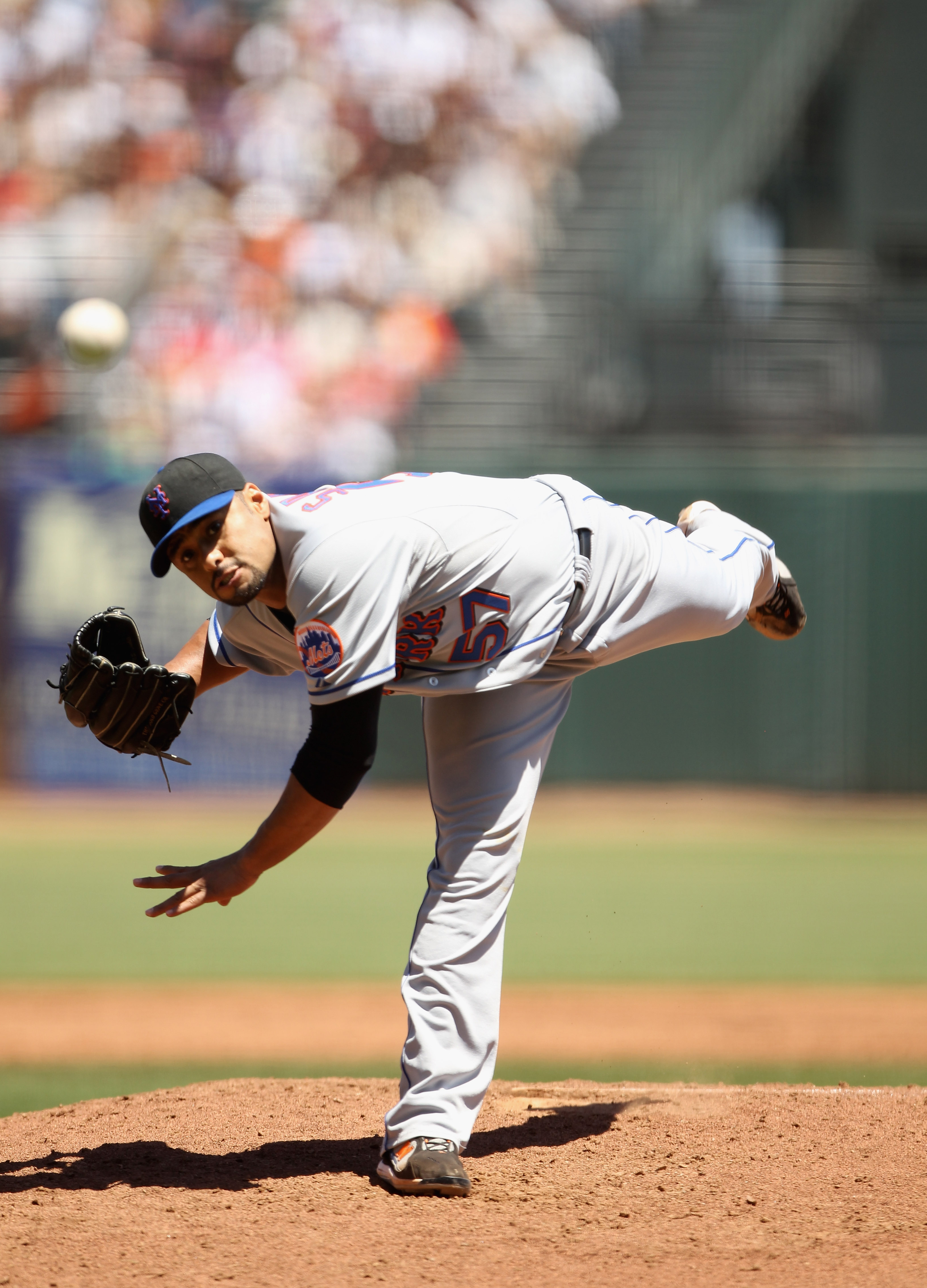 Santana still may pitch in 2011, as he continues his rehabbing process and checking in with the Mets' team doctors.

According to Santana's interview, it does not seem that the team will attempt to rush him back to the playing field but instead make sure he rehabs longer than recommended.

If Santana can return in 2011, he may be a welcome addition to the team if they are in playoff position heading into September and October.