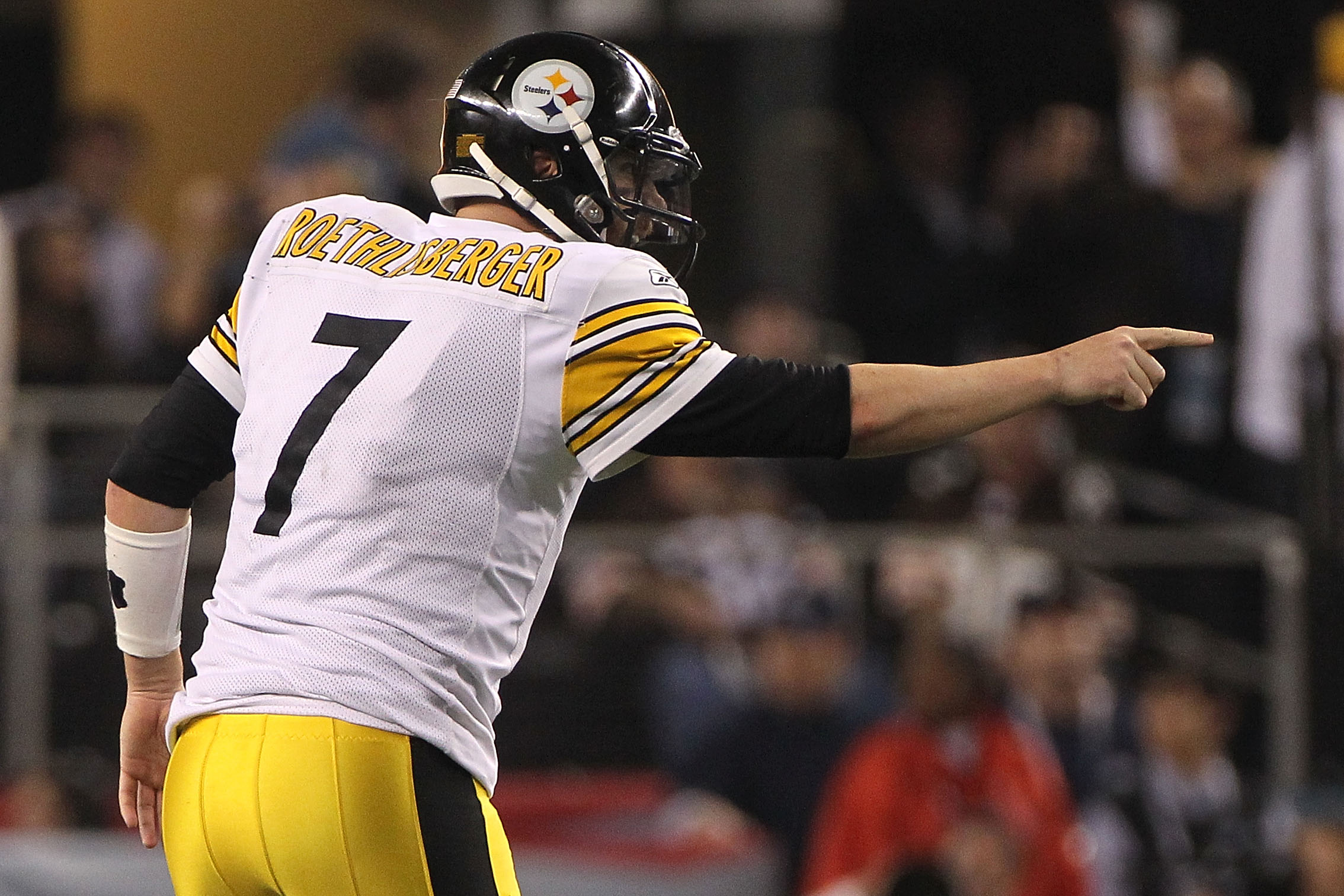 He will be a first ballot Hall of Famer. He was the unanimous league MVP this year, and has been to six Pro Bowls. He is one of two players to win multiple NFL MVP and Super Bowl MVP titles (along with Joe Montana). He is the current NFL record-holder for "Most Glamorous Couple."

Ben Roethlisberger has two Super Bowl rings. He holds the Super Bowl record for the lowest passer rating for a winning quarterback (22.6) and he was not the MVP in either of the two victories. 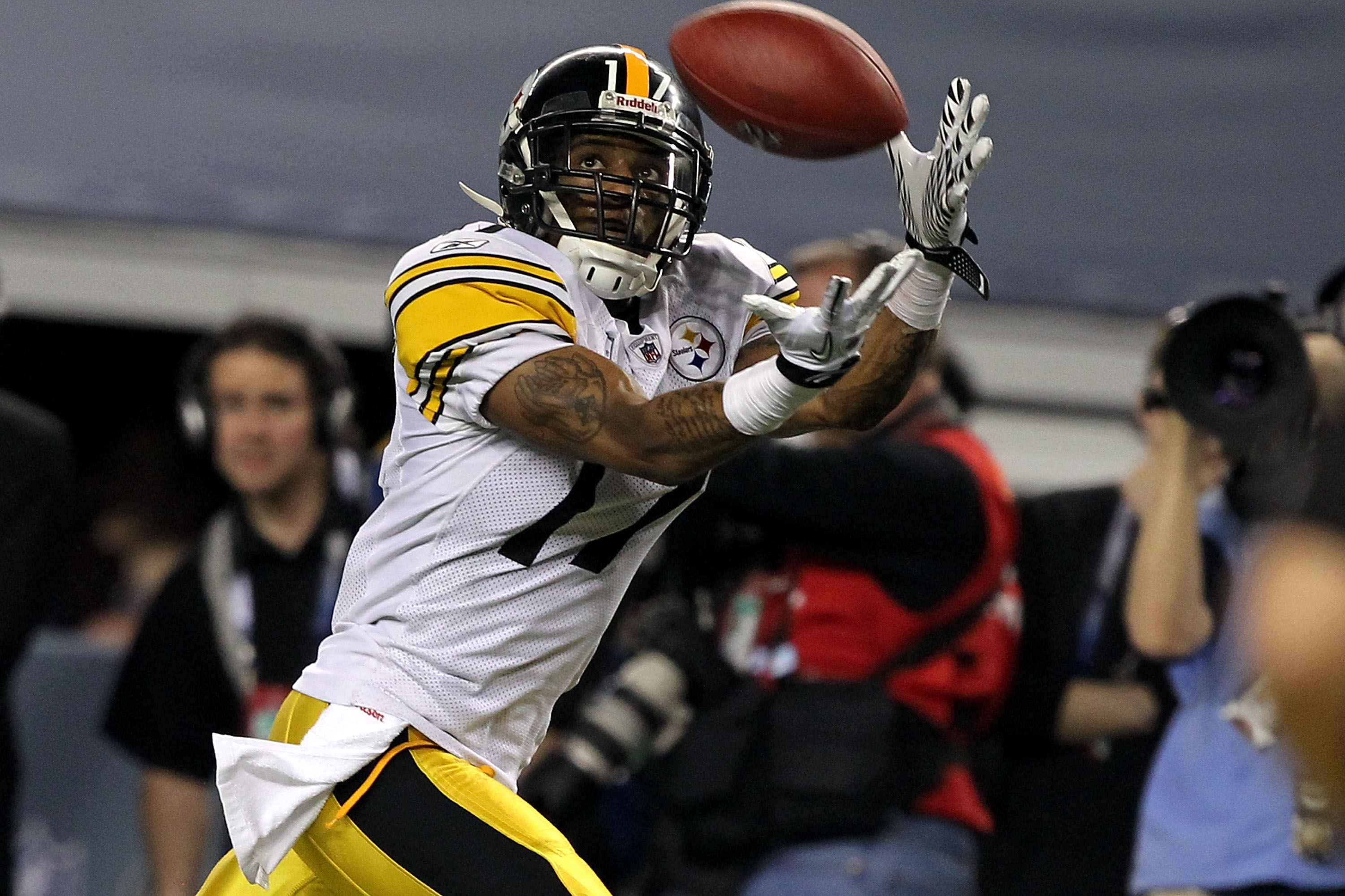 Mike Wallace runs the 40 in 4.3 second. Wes Welker runs a 4.65. Welker runs better routes and has better hands, but Wallace is faster.

In the past two years Welker has 209 catches for 2,196. Welker has slightly more production, but needed twice as many catches to get there.

There's no comparison. Wallace is a better receiver.

Hines Ward and Deion Branch are fairly similar statistically. Branch had 61 catches for 818 yards. Ward had 59 for 755. Both had five touchdowns. 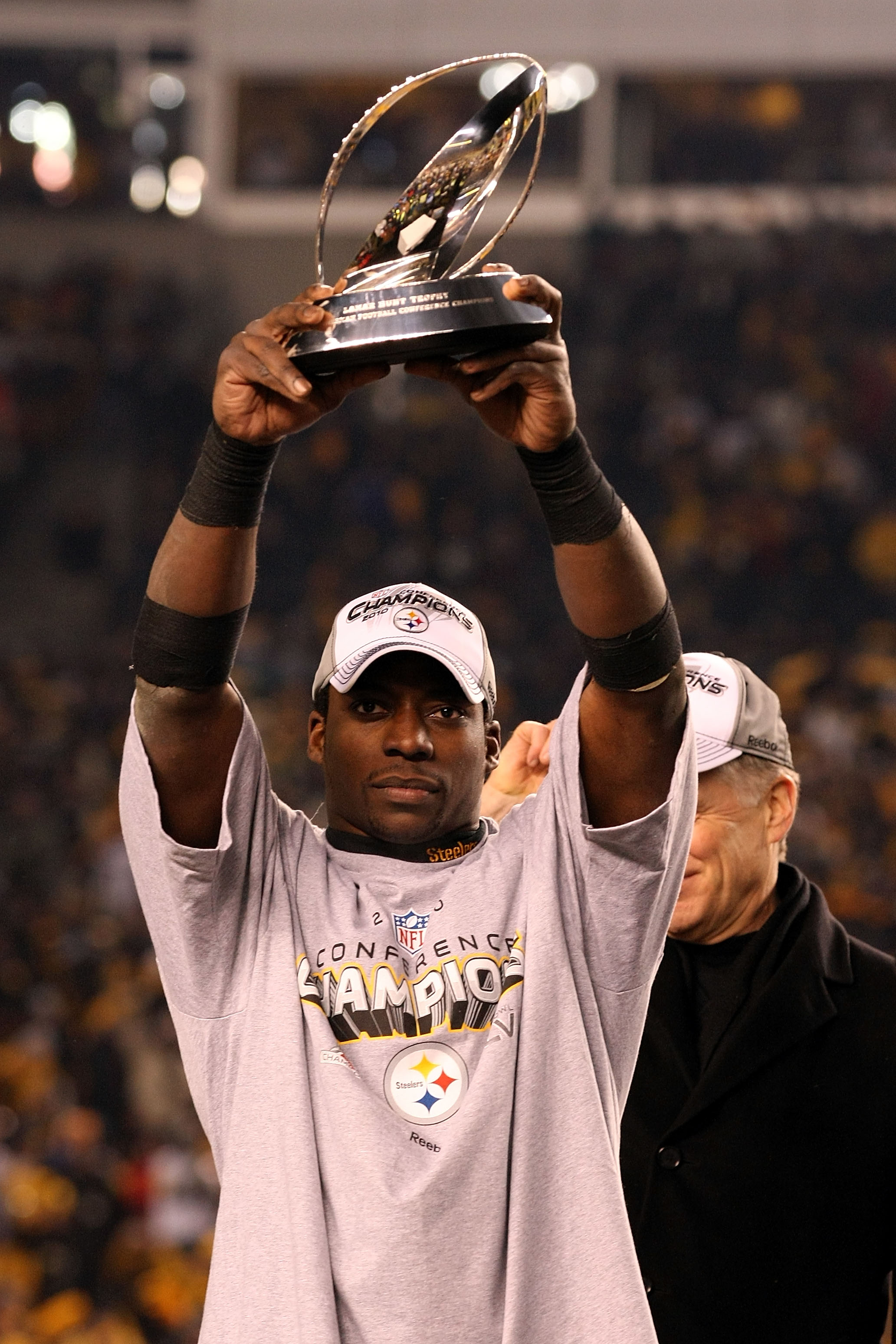 The running game is important because it doesn't allow for the linebackers to drop back quickly and concentrate on the pass.

Unless you are the Green Bay Packers, and can win a Super Bowl with 50 yards rushing, then the running game isn't very important.

This comparison is closer than it would initially appear.

The edge goes to Mendenhall for two reasons:

First, he's a better blocker. He can pick up a blitz or run into the flat.

Mendenhall carried more than 20 times in seven games this season. Green-Ellis did it three times. 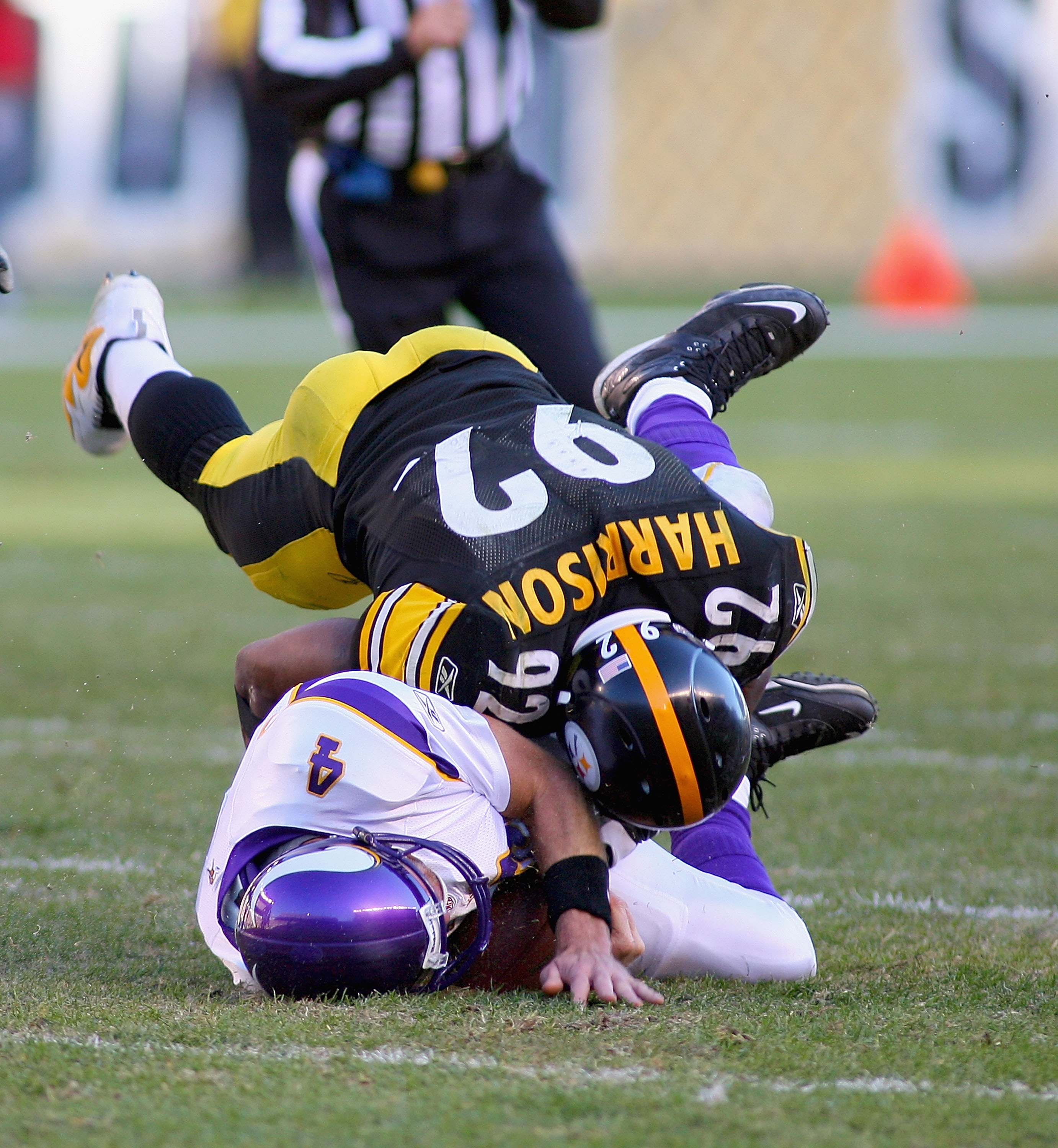 The question on defense is simple: Who would you rather pass against?

One Reason Ben Won't: We Have Seen The Bill Belichick Movie Before 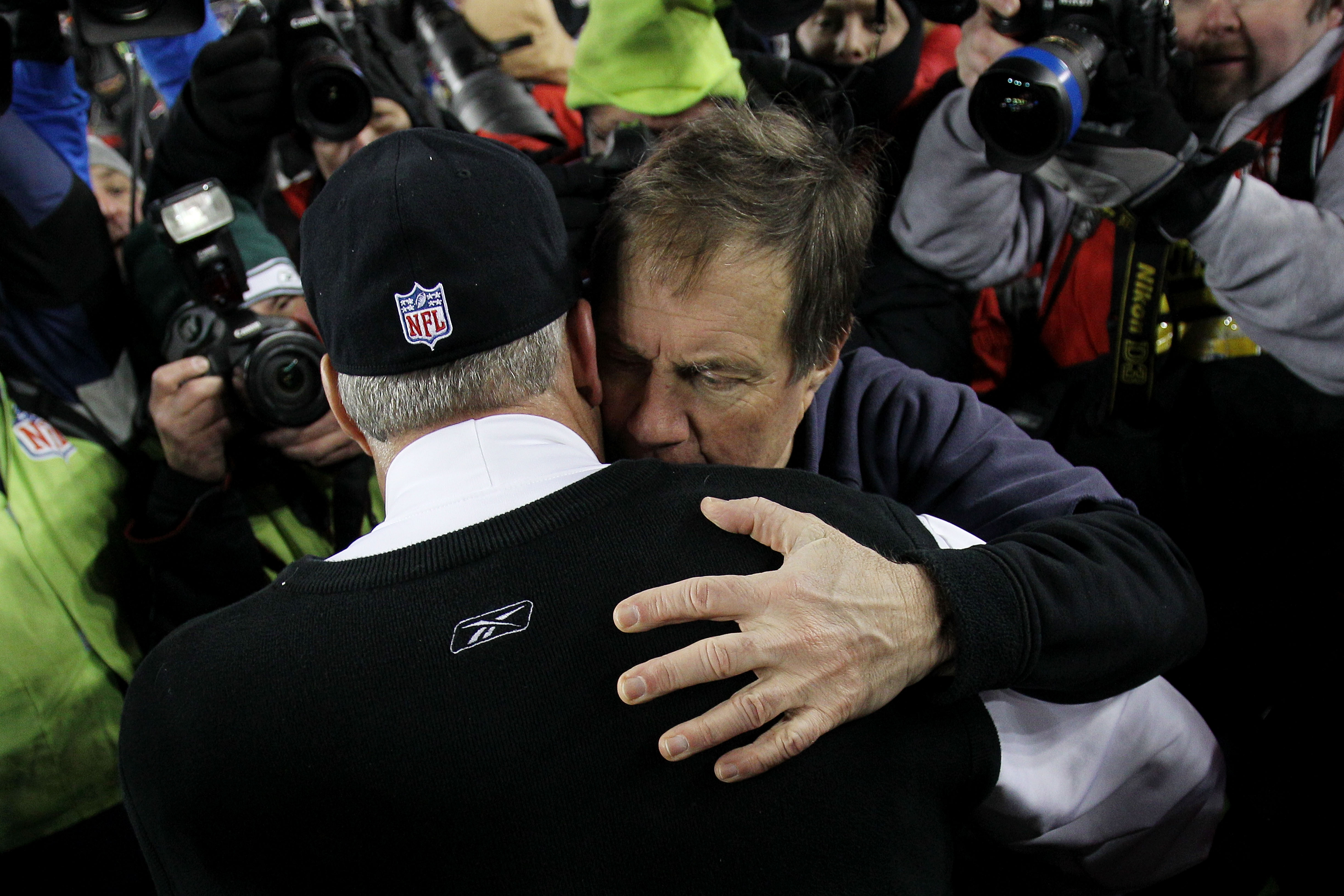 The edge in coaching clearly belongs to the New England Patriots. Bill Belichik is without question, or serious debate, the greatest coach in the NFL in the last 20 years.

One of the things that makes him great is his ability to develop talent and prepare a game plan to maximize a player's ability.

While he prepares better than any coach in the modern era, there are some cracks developing in the armor.

Except for the strange loss to Cleveland this year, Belichik generally wins all the games he is supposed to win. He came back the next week and crushed the Pittsburgh Steelers by 13 points. 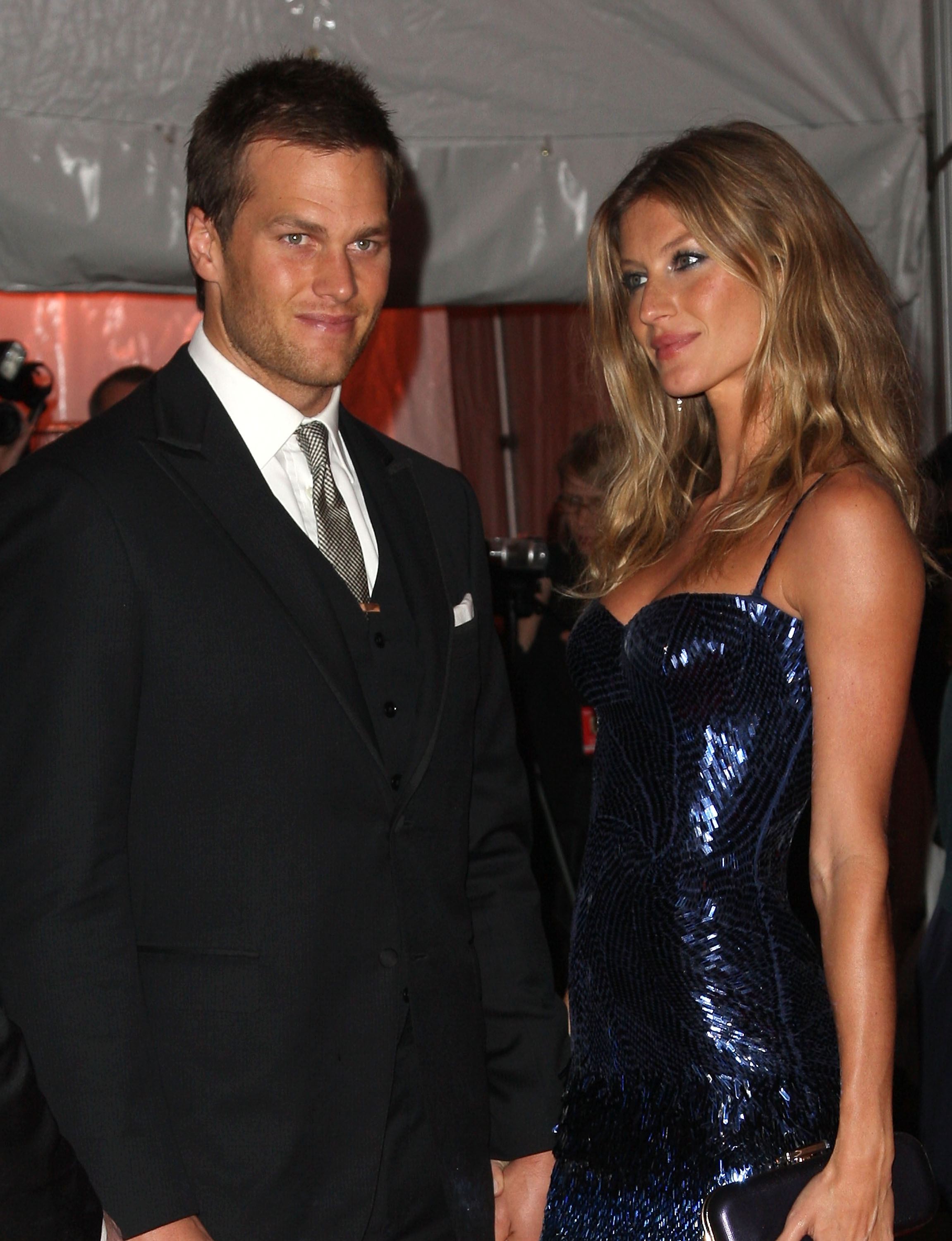 Tom Brady is 33 years-old. He's been in the NFL for 11 years and thrown for almost 35,000 yards. He has two sons and a beautiful celebrity wife. He's building a house in Malibu and he will have a nice career when football ends.

He just signed a contract with the New England Patriots to play through the 2014 season.

But really, how many more years does he want James Harrison trying to crush him—when he could be relaxing with his children by the beach?

Ben Roethlisberger is 28. NFL Commissioner Roger Godell was not entertained when he read how Roethlisberger spent his summer. He has something to prove, which he did in the 12 games he played.

He threw for 3,200 yards, 17 touchdowns and five interceptions.

Roethlisberger could play for seven more years, and retire at the same age as Brady. His team has the tools to win two more championships in those years—which would give him one more than Brady.