NASCAR Rule Changes: 10 Youngsters Who Will Benefit from One-Championship Rule 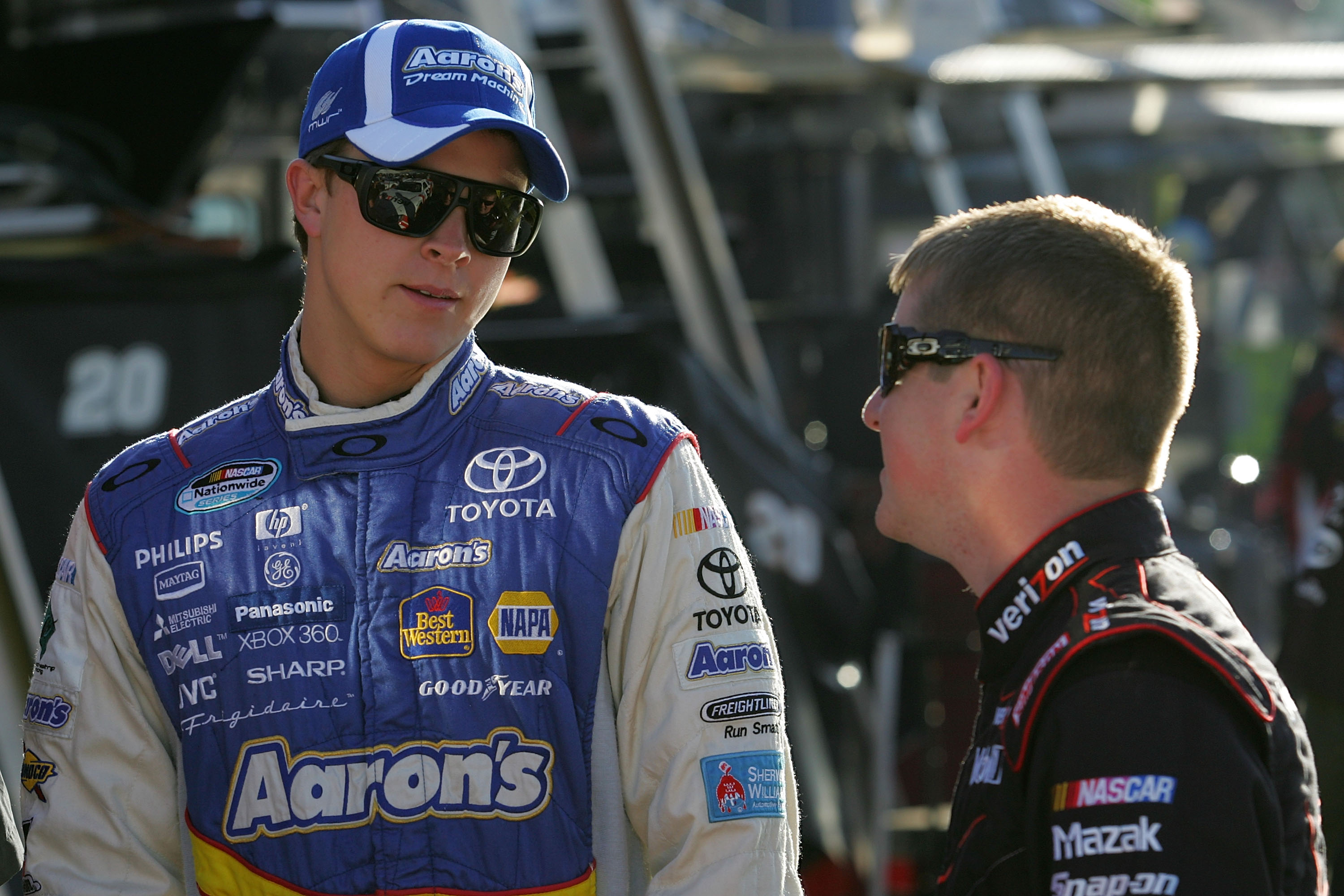 NASCAR has included a little check box on its hard card application for drivers this year.

The form now requires drivers to declare which championship they're running for in 2011.

The object of the rules change is to prevent a full-time Cup driver from invading and winning the series title in the Nationwide or Camping World Series.

While it's not as much of an issue in the Truck discipline, the Nationwide Series has seen its champion come from the ranks of Cup regulars over the last few years.

This rule, while not preventing a Cup driver from running in as many Nationwide events as he chooses, will ensure that the battle for the driver points title will be waged among Series regulars who don't also make a living chasing a Sprint Cup.

Here's a look at 10 young drivers who may be able to elevate their profile through their points battle for the title in NASCAR's junior circuit. 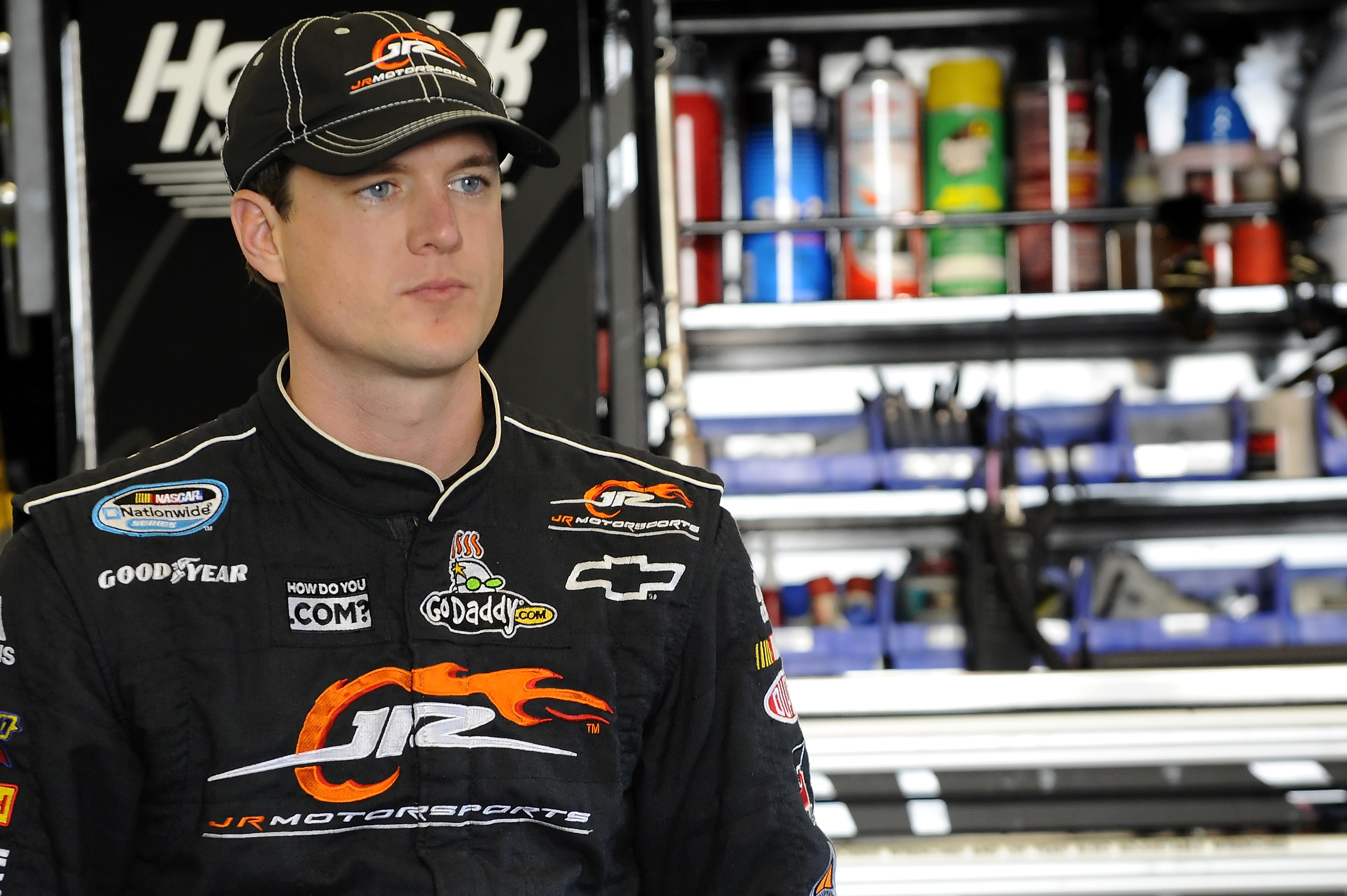 Josh Wise has made only 46 starts in the Nationwide Series, and he's most recently been in the limelight for filling in for Dale Earnhardt Jr. during last month's Sprint Cup test at Daytona.

He'll split time this season at JR Motorsports in the No. 7 GoDaddy Chevy with Danica Patrick, putting him in one of the highest-profile cars in the circuit.

He made nine starts in 2010 for Dale Jr.'s Nationwide program, collecting two top 10 finishes, including a seventh-place finish at Gateway.

The combination of great equipment and a high-visibility seat should allow him to gain fans in a car owned by NASCAR's most popular driver. 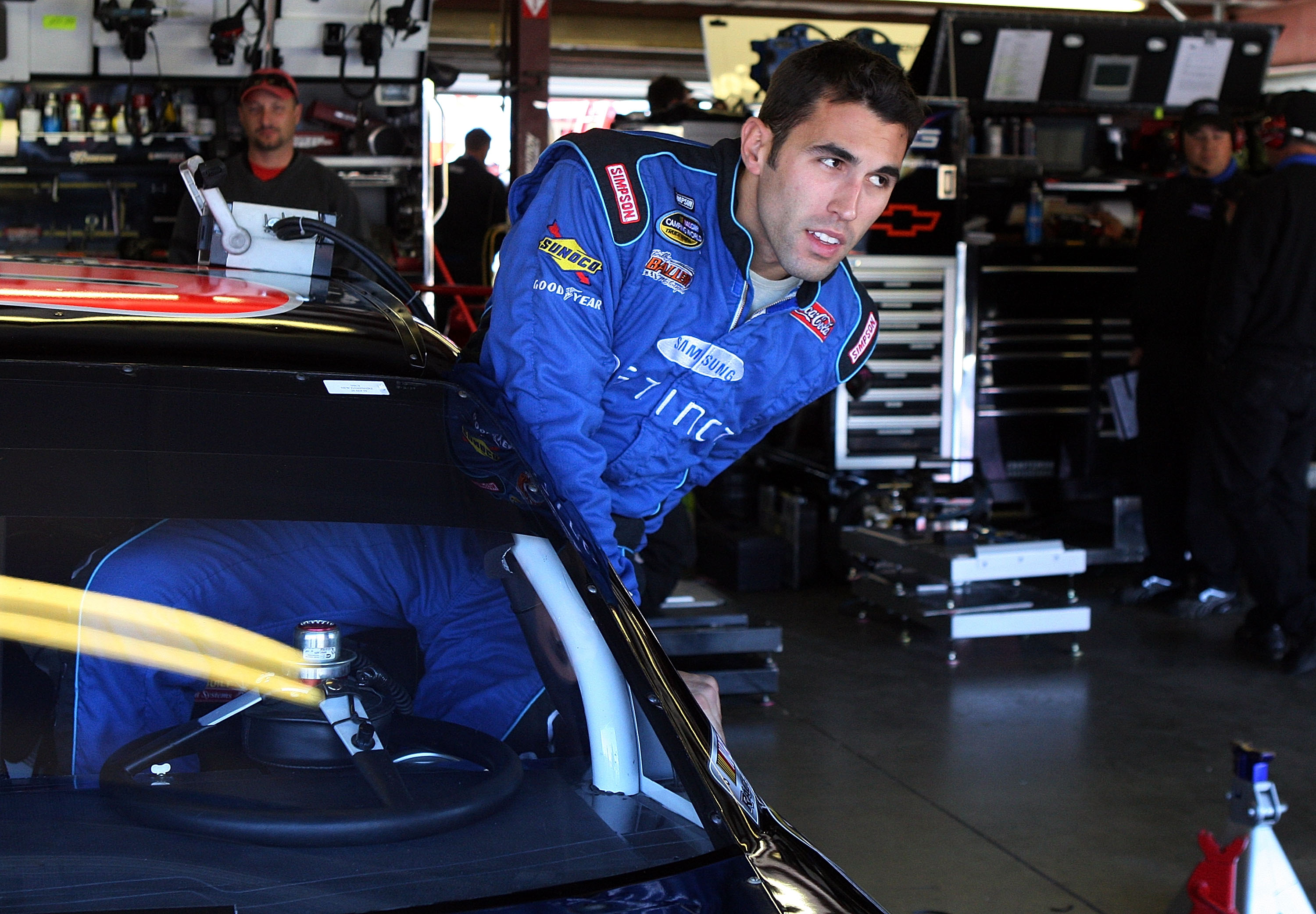 Aric Almirola is another driver who has managed to secure a ride with one of the most prestigious teams in the Nationwide Series.

Almirola will pilot the flagship No. 88 car for JR Motorsports in an attempt to win the Nationwide title.

The 26-year-old has bounced around over the last couple of years, including time sharing a Sprint Cup ride with Mark Martin in 2008 and serving as the wait-in-the-wings substitute while Jimmie Johnson was on baby alert this past season.

He pocketed three top 10s in seven starts for JR Motorsports in 2010 and this year will be the prime car for Junior's program, paired with Tony Eury Sr. as his crew chief. 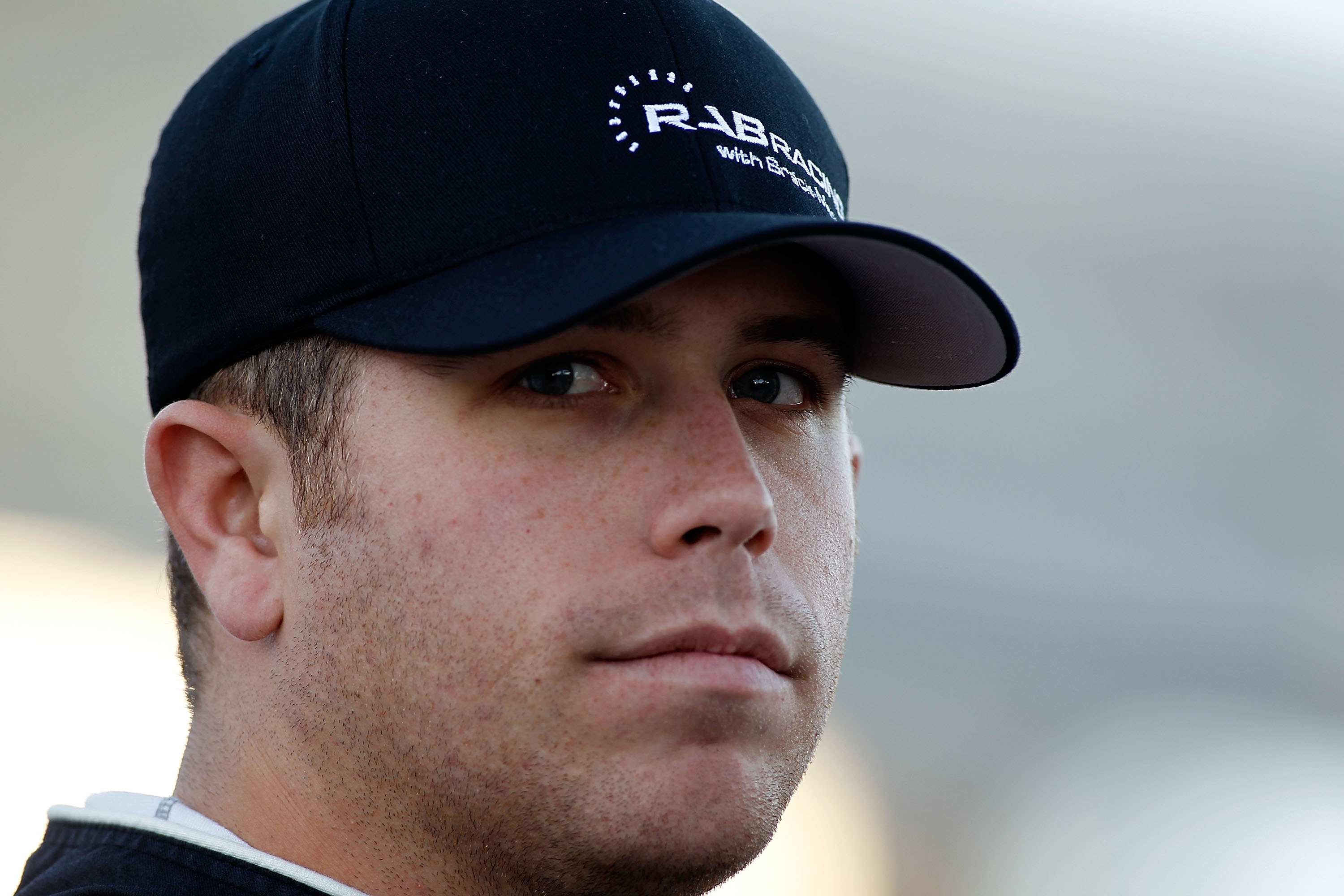 Brian Scott will benefit from top-flight equipment and experienced hands all around at Joe Gibbs Racing.

He'll be a teammate to Joey Logano and Kyle Busch as they split time in other Gibbs Nationwide cars in pursuit of an owners' crown.

Last year was his first full season in the Nationwide Series, and he split starts between Braun Racing and Robby Benton Racing.

This year he moves to a top-tier organization with Adam Stevens on the pit box, who moves over from his duties on the No. 20 car in the Sprint Cup Series to oversee the 22-year-old's efforts. 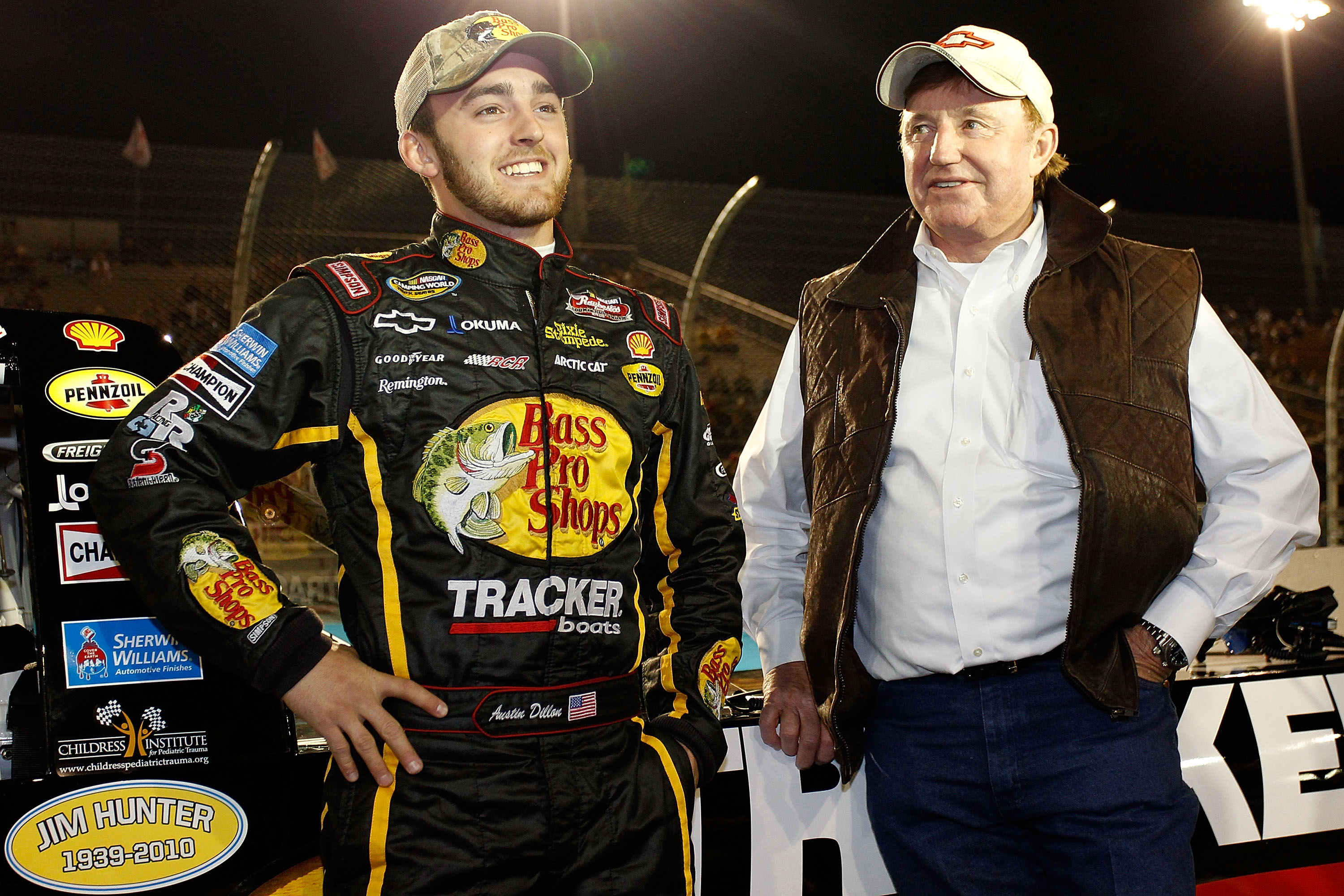 He's not quite to the Nationwide Series yet, but Austin Dillon is a kid who is poised to be a superstar.

He's made only seven starts in the Nationwide Series, but that number will climb this season, and when it does, he's the total package.

He's got the talent, the charisma and the equipment. 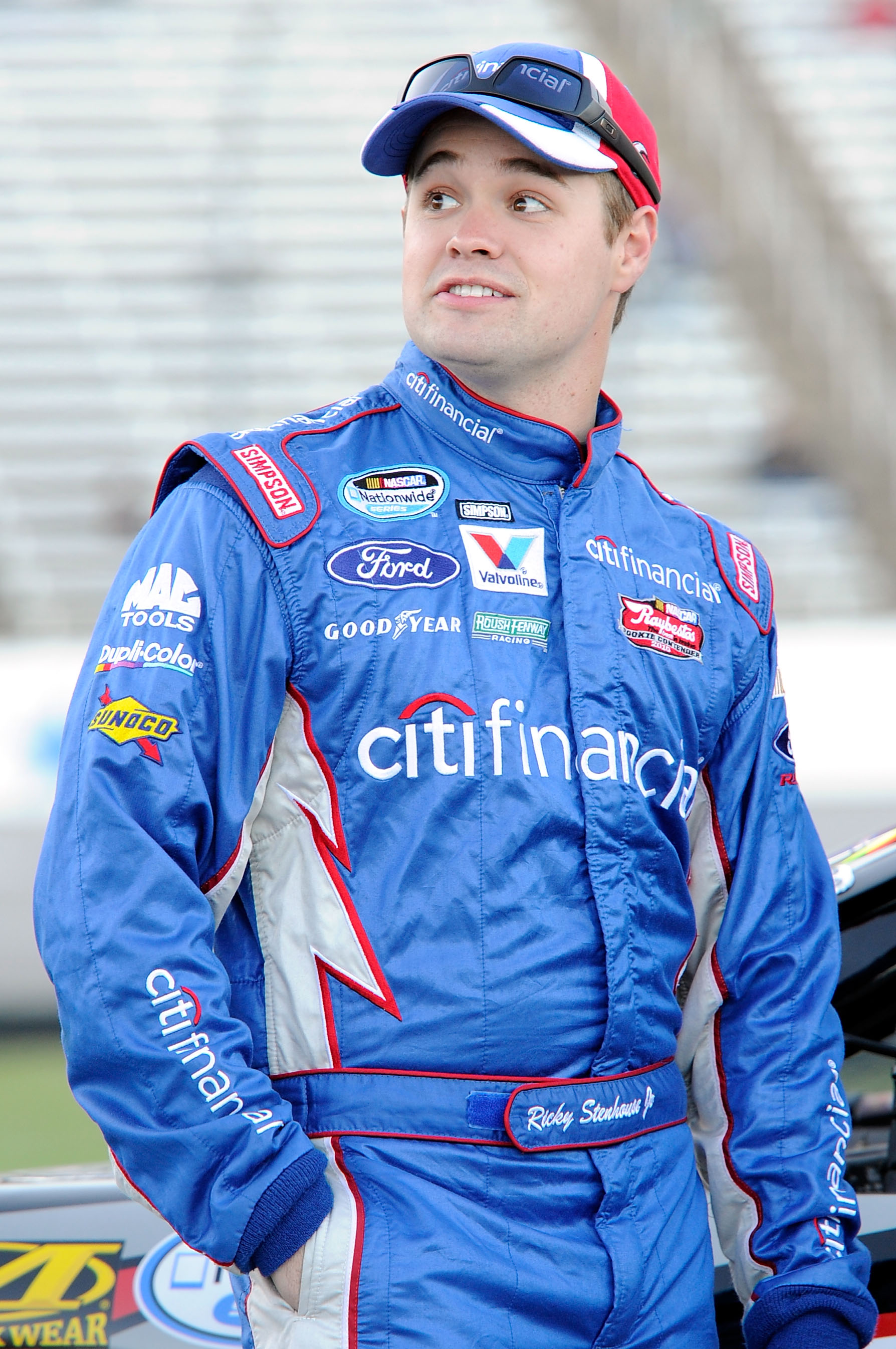 Ricky Stenhouse Jr. had a bumpy ride en route to his Nationwide Series Rookie of the Year crown in 2010.

After a shaky start, he went on to capture the title after posting the biggest comeback in the award's history.

In the last 18 races of the season, he finished outside the top 15 only five times in addition to posting three top fives and eight top 10s in 32 starts.

He'll pilot some of the best equipment in the sport at Roush-Fenway again this year—the same cars he drove to a 16th-place points finish in 2010. With all of the Cuppies out of the standings, his performance will shine brighter. 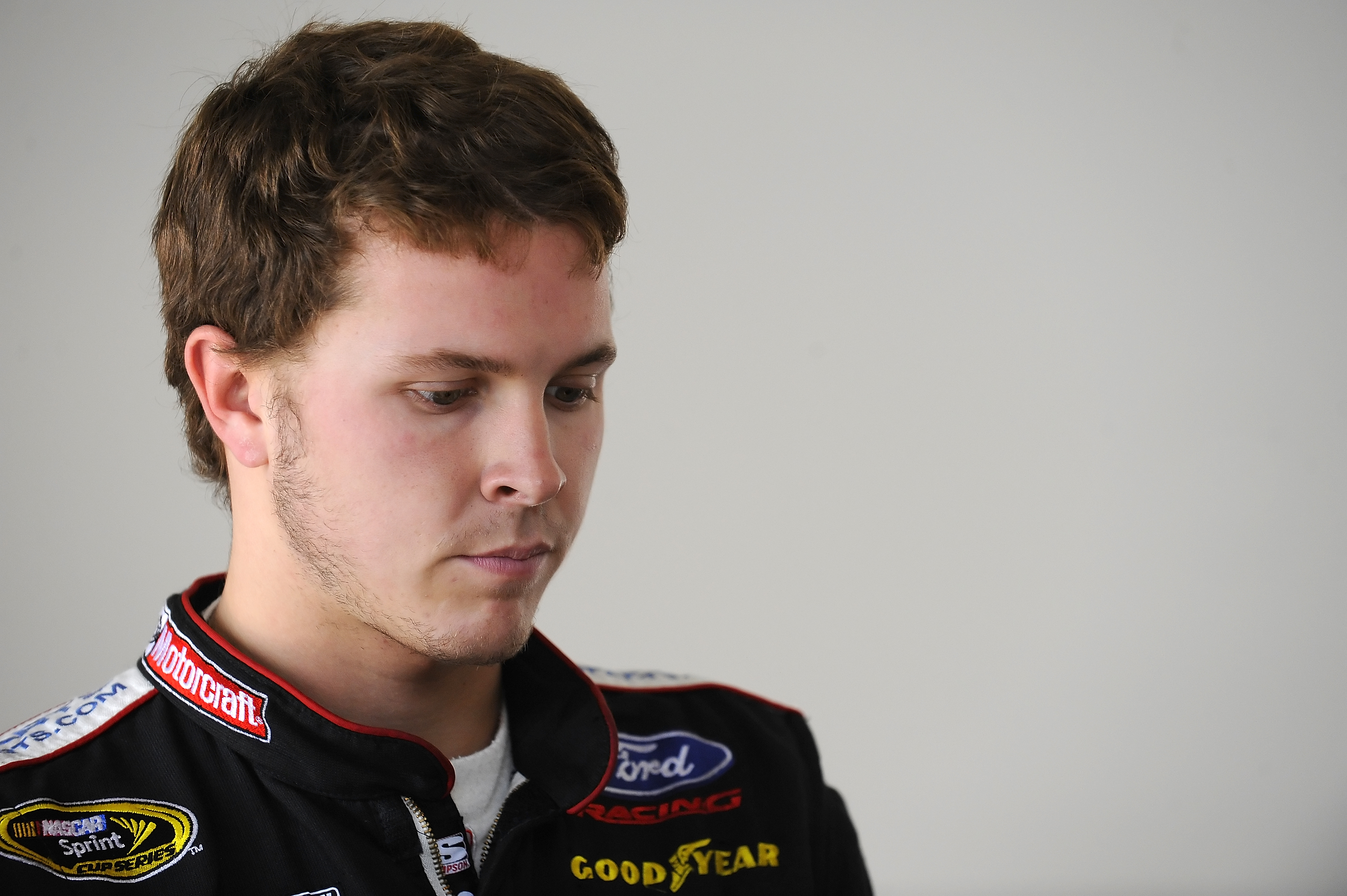 Trevor Bayne started the 2010 campaign with Michael Waltrip Racing; he ended it at Roush-Fenway.

In his tenure at MWR last year, he won three poles with five top fives and nine top 10s.

He'll turn the ripe old age of 20 during Speedweeks, and given the stability he has for 2011, he should pose a threat for the Nationwide title. 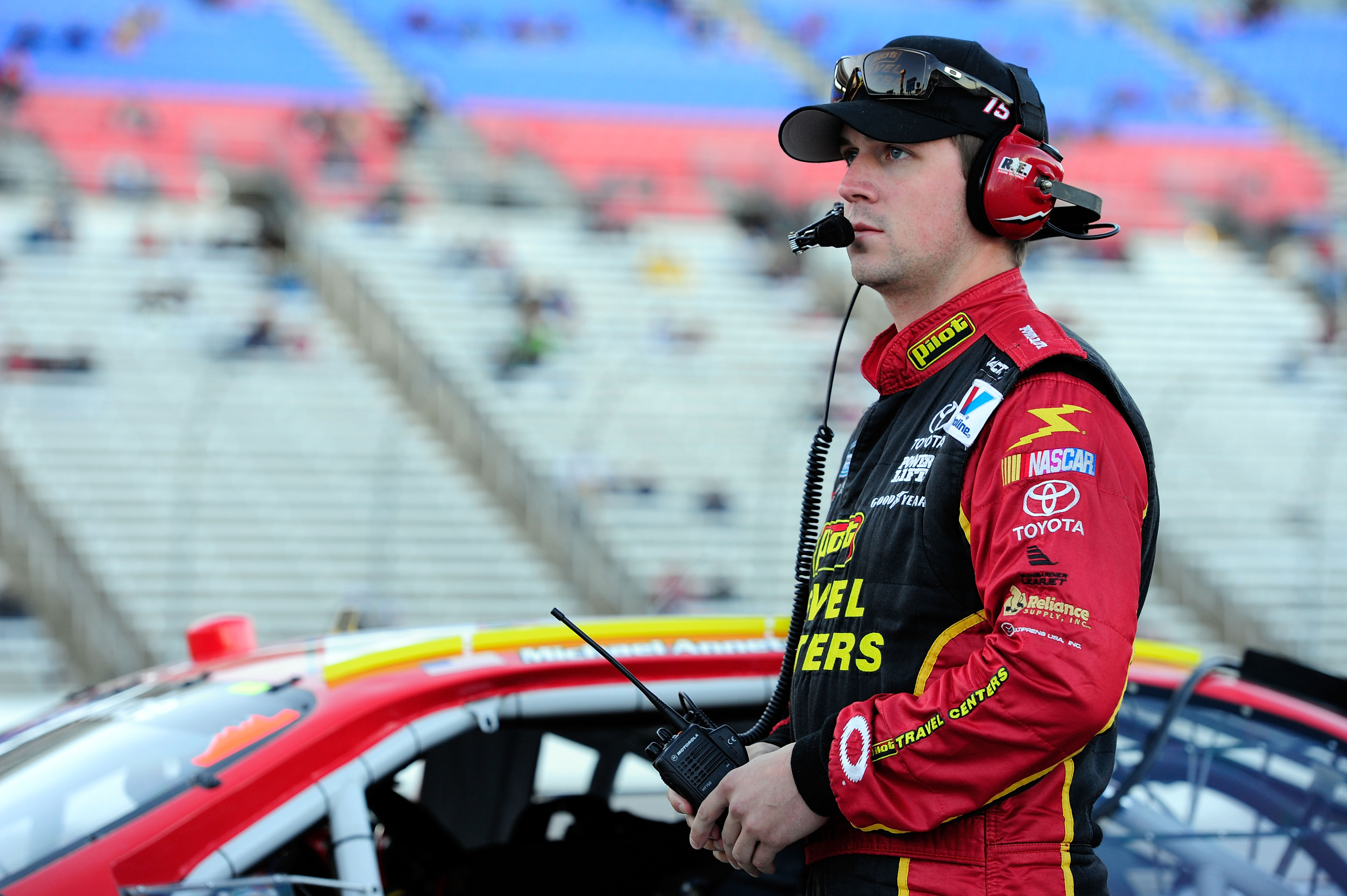 Michael Annett's 2011 season has gotten off to a rocky start already, charged with driving while intoxicated over the weekend in North Carolina.

As of Tuesday night, there's not word yet on what sort of sanctions he might face from NASCAR, as they're continuing to investigate the issue.

His team, Rusty Wallace Racing, probably will pose some sort of probation as well, but there's nothing firm on that.

Despite the off-track issues, he still has the potential to be a star for Rusty Wallace's organization in 2011. 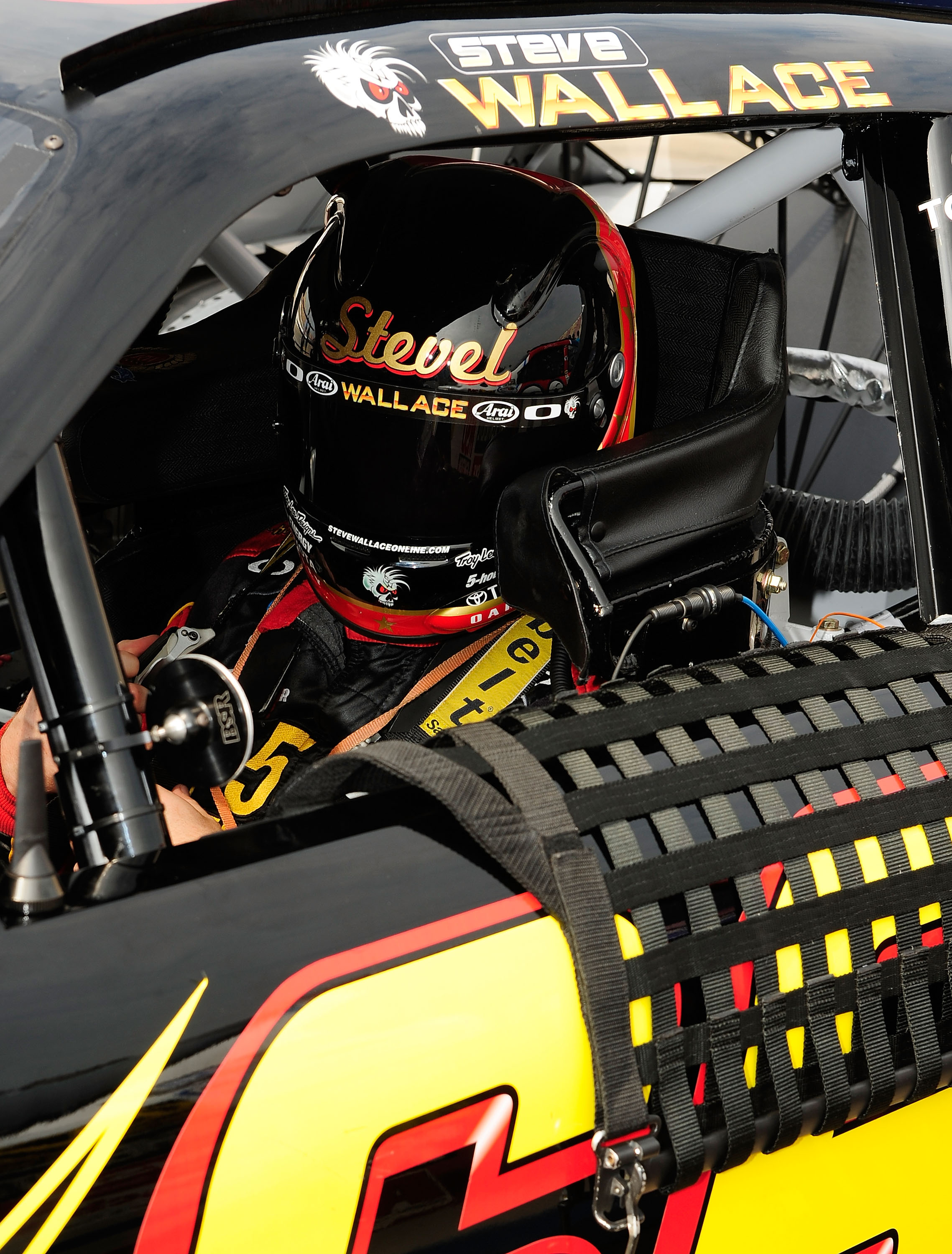 So far this season, Steve Wallace has been the poster boy for the bizarre practice of buying owner points in NASCAR.

His team has been able to secure him a spot in the Daytona 500 by doing just that.

It's overshadowed the fact that Wallace has a lot of potential in the Nationwide Series.

Wallace finished 10th in the standings last season driving a car fielded by his father, and the vacuum at the top of the standings should allow him to become a bigger part of the championship discussion in 2011.

Wallace only posted one top five finish in 2010, but he did find his way into the top 10 on 13 occasions.

He's shown inconsistency and a penchant for taking himself out of contention, but that comes with inexperience.

Wallace does have that attitude that attracted fans to his father, and if he can make a serious points run in 2011, he could start to create a real fanbase for himself. 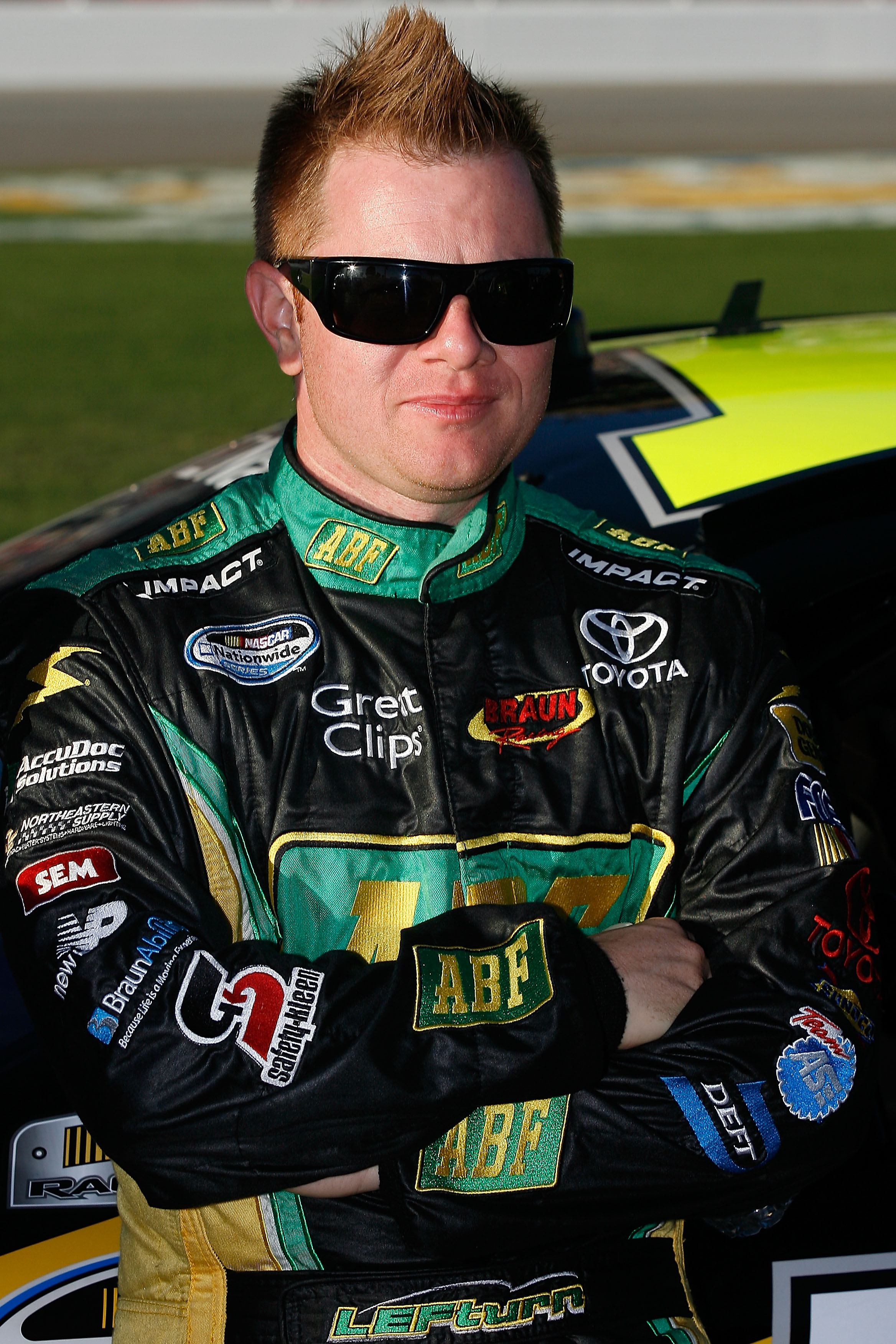 He's making the faux-hawk all the rage in NASCAR, and he could be making a run at the 2011 Nationwide championship as well.

Jason Leffler is one of the drivers that has suffered most in the shadows of the Cup regulars invading and taking the title home.

He's been driving under the Braun Racing banner, which morphs into Turner Motorsports for 2011.

Turner has become a destination team over this past offseason, with Kasey Kahne, Mark Martin and Justin Allgaier all being added to its roster.

This is a team with the depth and experience in the series to win a title.

Leffler finished ninth in the 2010 Nationwide standings with six Cup regulars in front of him. Their absence will allow him to make a serious move in the championship hunt in 2011. 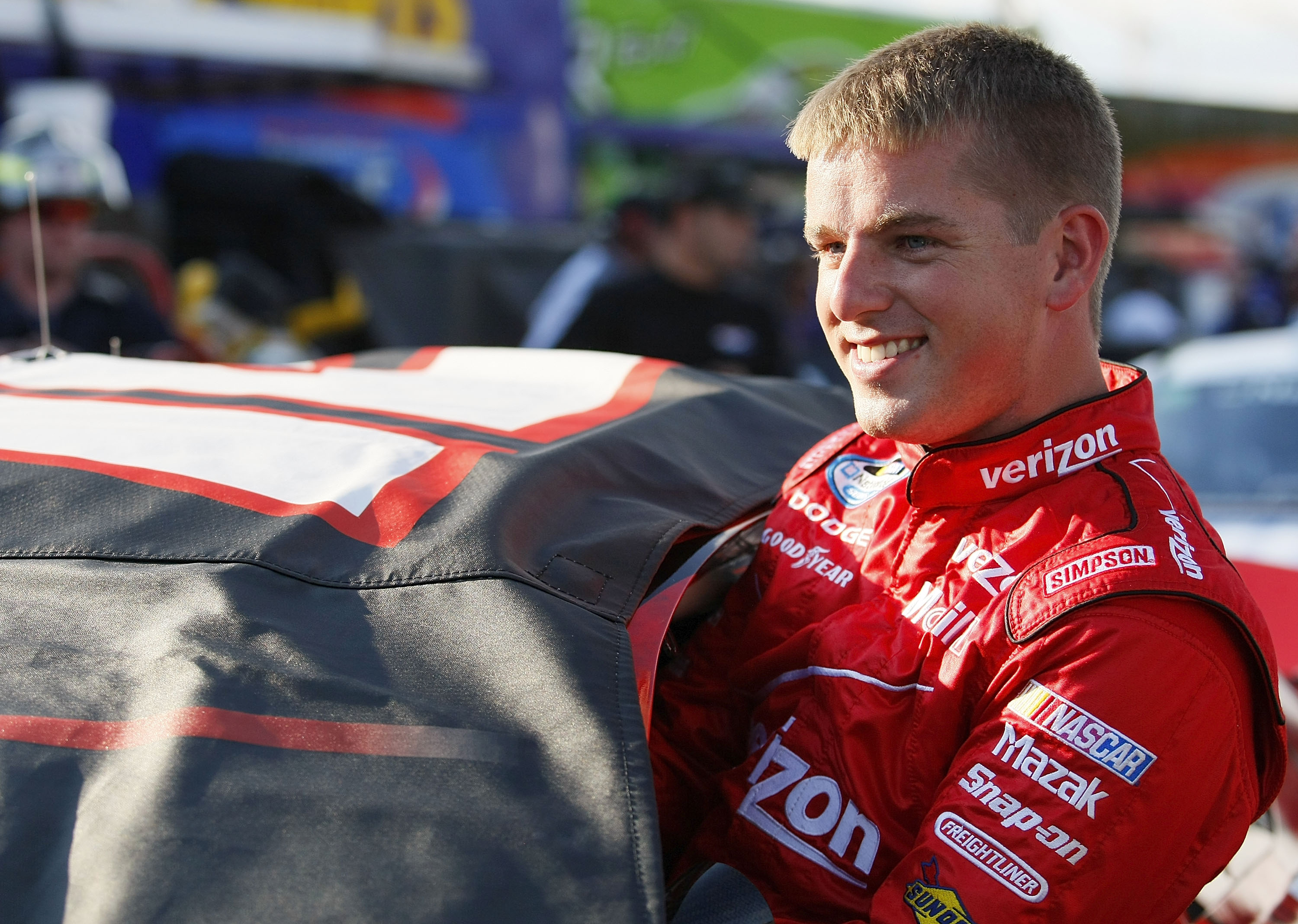 He was the highest finishing non-Cup regular on the final scoreboard for 2010, recording a fourth-place points finish.

Allgaier and Jason Leffler represent possibly the best one-two punch of all the teams in terms of experience and performance at Turner Motorsports.

He moves to Turner after a two-year stint at Penske, where he lost his ride in the sponsorship shuffle after the 2010 season.

Little Gator may be the next big thing in the Nationwide Series.