Andy Pettitte Retires: The 10 'Most Clutch' Performances of His MLB Career 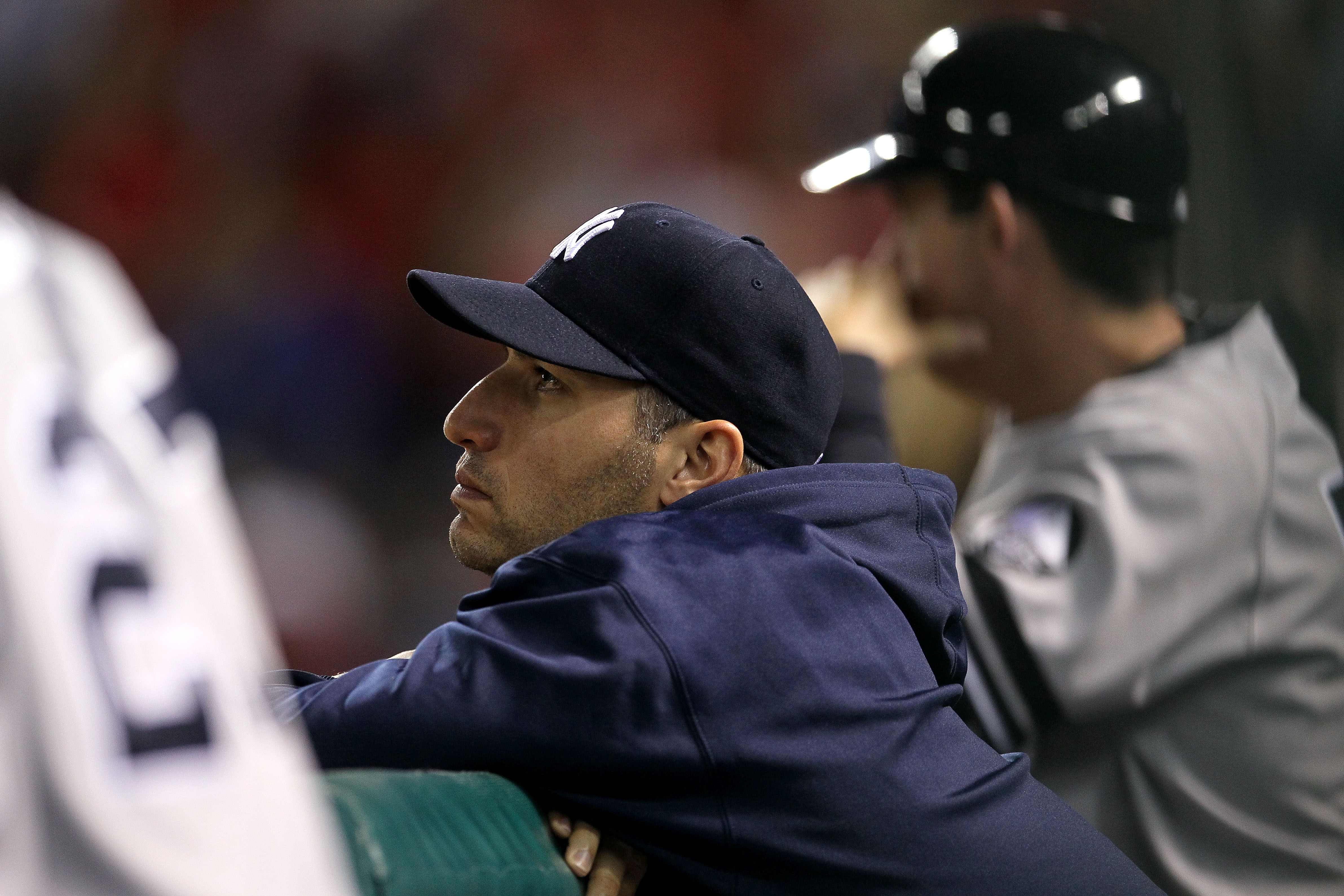 It's a sad day in New York today, as Michael Kay has reported that Andy Pettitte will formally announce his retirement on Friday.

One of the greatest postseason pitchers of all time will greatly be missed in the clubhouse and by the Yankee front office, as he was an integral part of their success.

The "Core Four" will be down to a "We Three" without its workhorse.

Pettitte has been one of the gutsiest players in Yankee history, if not all MLB history. He is a born winner, and when the game is on the line, he steps up and puts the team on his shoulders. 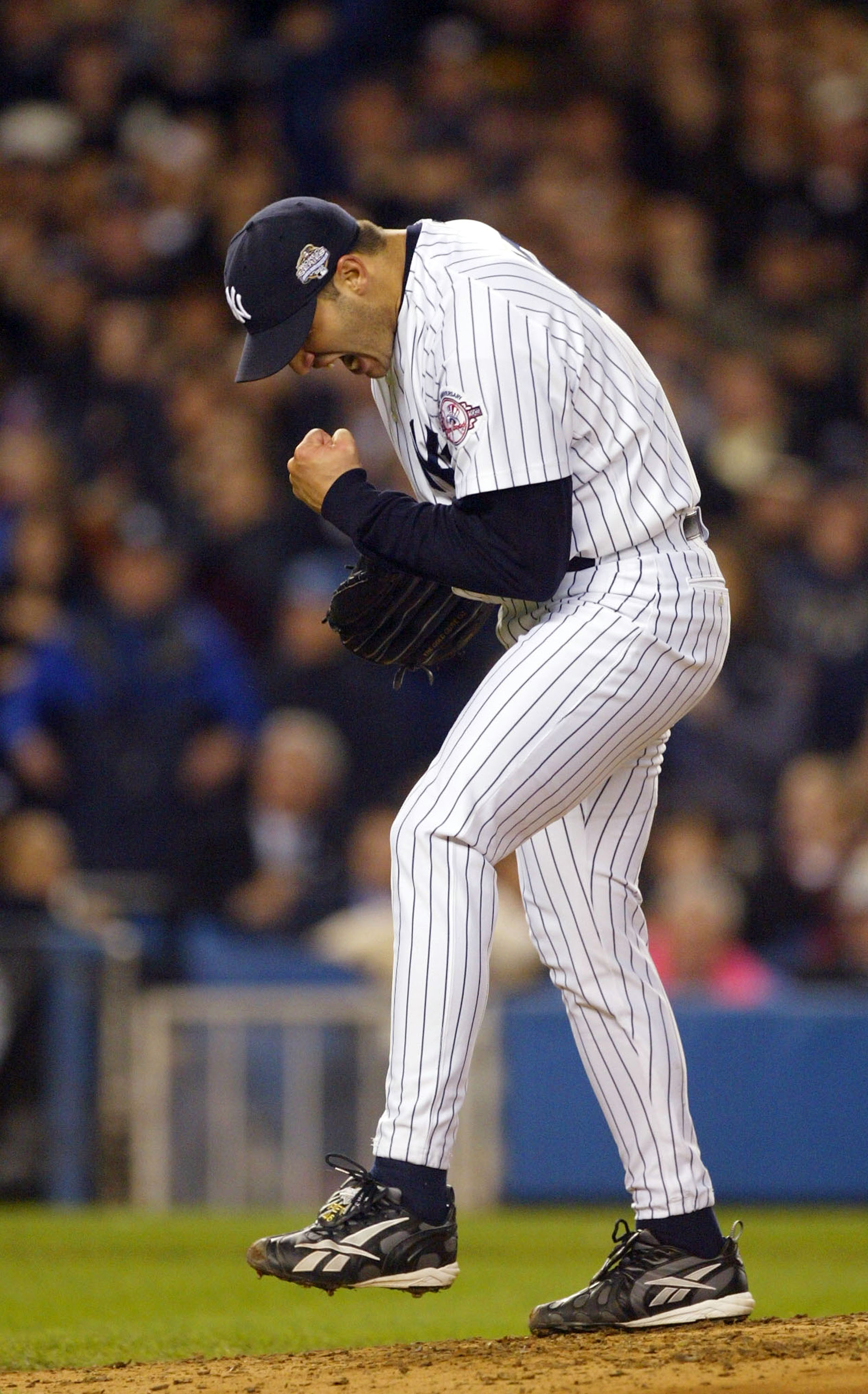 The Yankees had been here before, but the Marlins were a young, powerful team. After a Game 1 defeat, 3-2, the Yankees were desperately in need of a win before heading to Florida for Game 3. No team ever wants to leave itself in a hole after having home field advantage.

Pitching on only three days' rest, Pettitte went a strong 8.2 innings, allowing only one run on a single by Derrek Lee. In vintage Pettitte form, he carried the Yankees to a win and a 1-1 series tie. 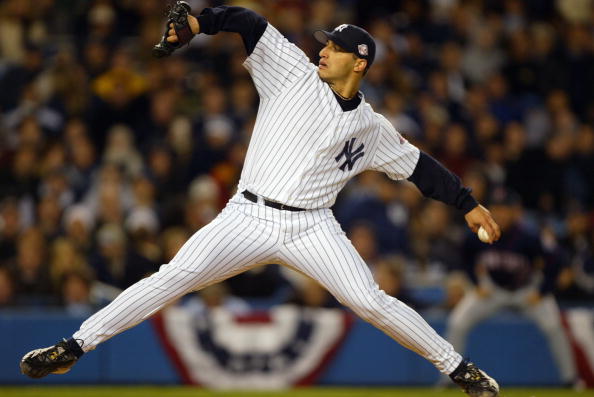 It seemed as if Pettitte made his living keeping the Yankees out of 2-0 holes.

After losing Game 1 to the Twins, the Yankees needed another strong performance from Pettitte, or they would be going into Minnesota on the brink of losing the Divisional Series. Pettitte logged seven phenomenal innings, giving up only four hits and striking out 10.

Pettitte was coming off one of his best regular season performances, going 21-8. This would be his last 20-win season. 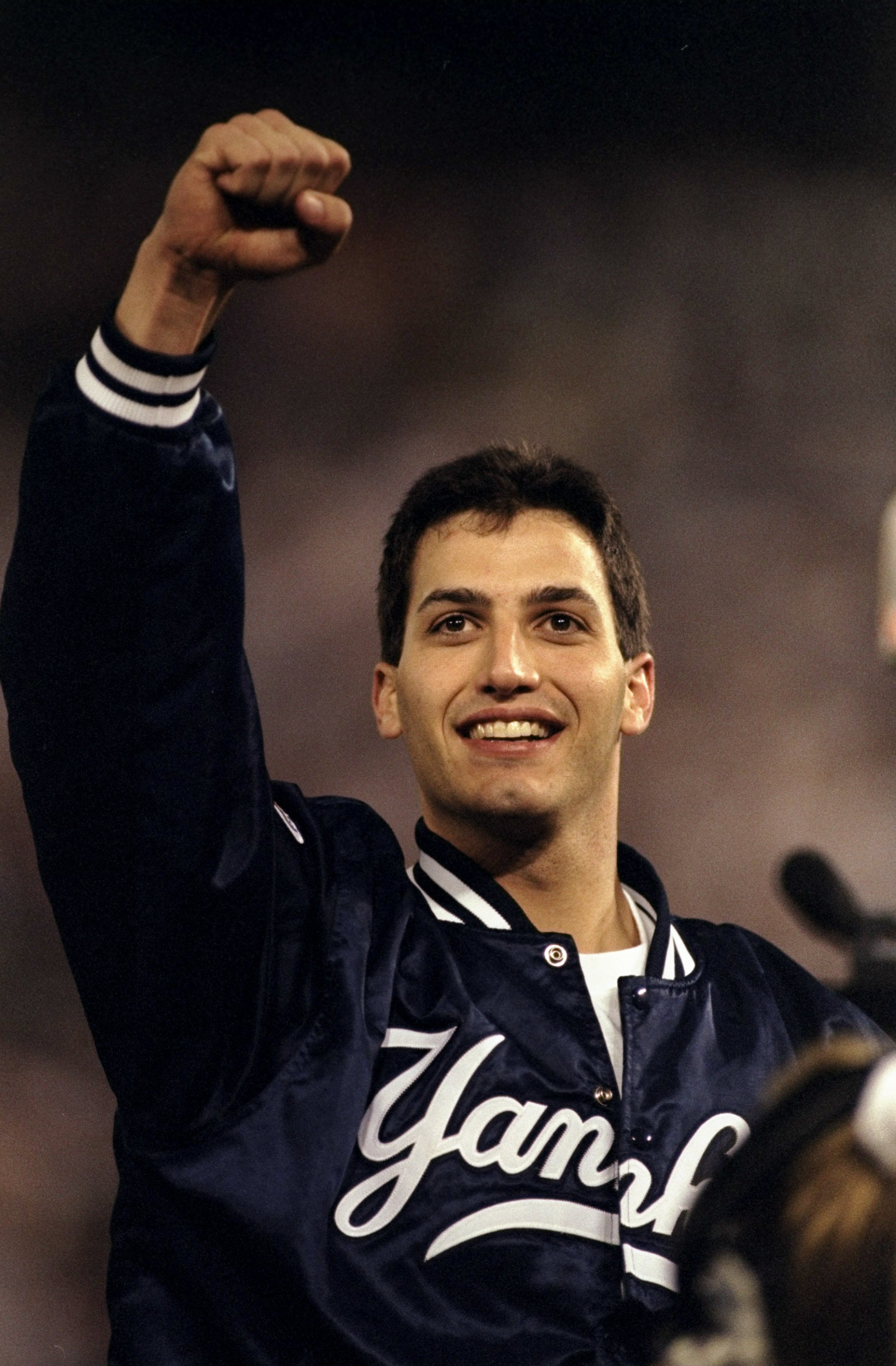 After coming off an abysmal Pettitte ALCS performance, the Yankees turned to their young southpaw for the deciding Game 4 of the 1998 World Series. With the Padres down 3-0, Joe Torre handed Pettitte the ball, looking for him to land the KO for the Yanks.

This was Pettitte's second stint in the World Series and was arguably his most dominant performance. Andy went 7.1 innings, allowing only five hits, as the Yankees booked their parade after this game. 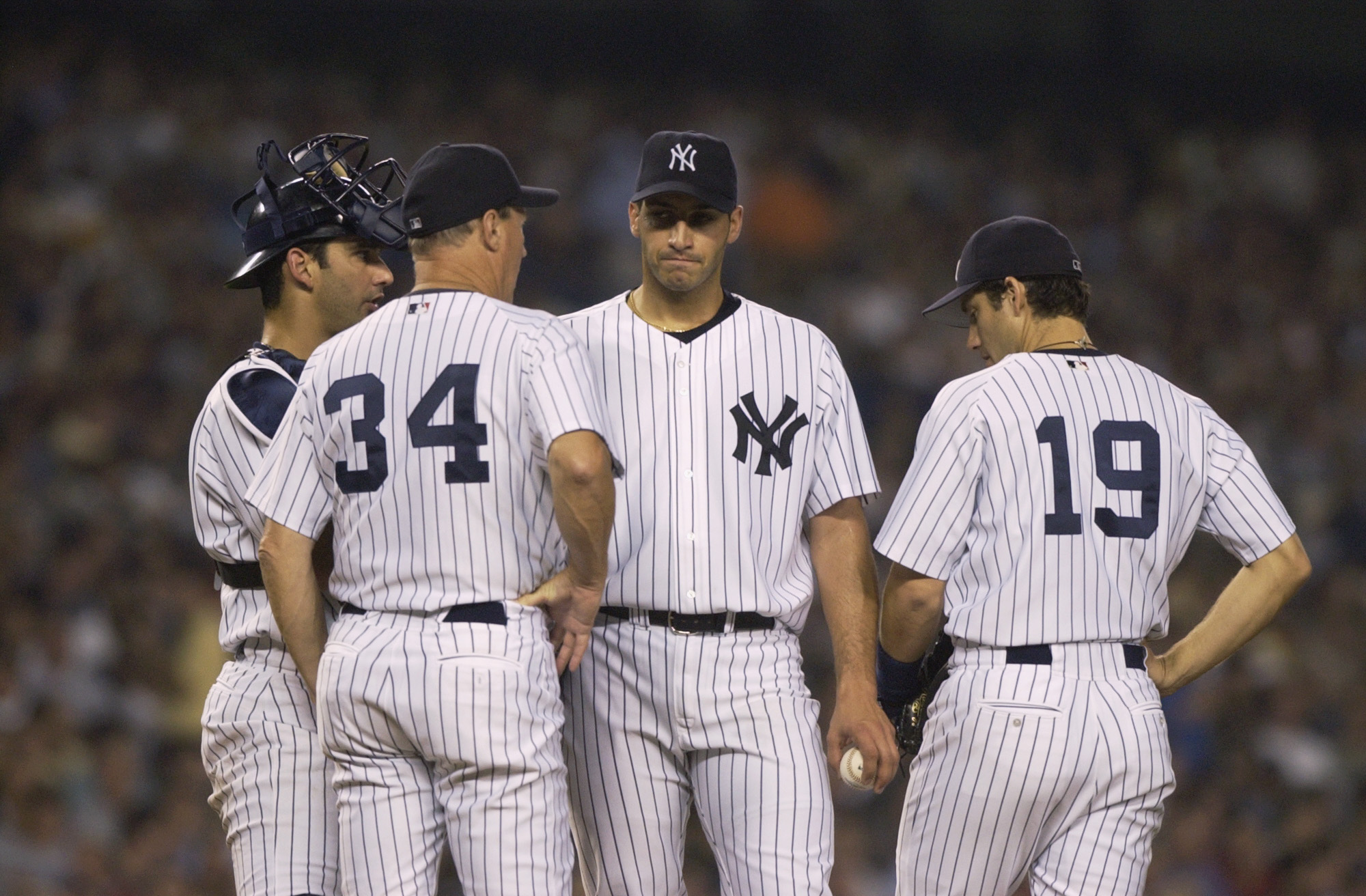 In what turned out to be one of the greatest Championship Series of all time, Pettitte got the ball rolling in Game 1.

The Red Sox were in town, and the media hype surrounding this series was through the roof. Going 6.2 innings and only allowing two runs against the stacked Red Sox lineup was no easy feat.

Even though Pettitte took the loss in Game 6, he was able to get the Yanks on top with this stellar pitching performance. 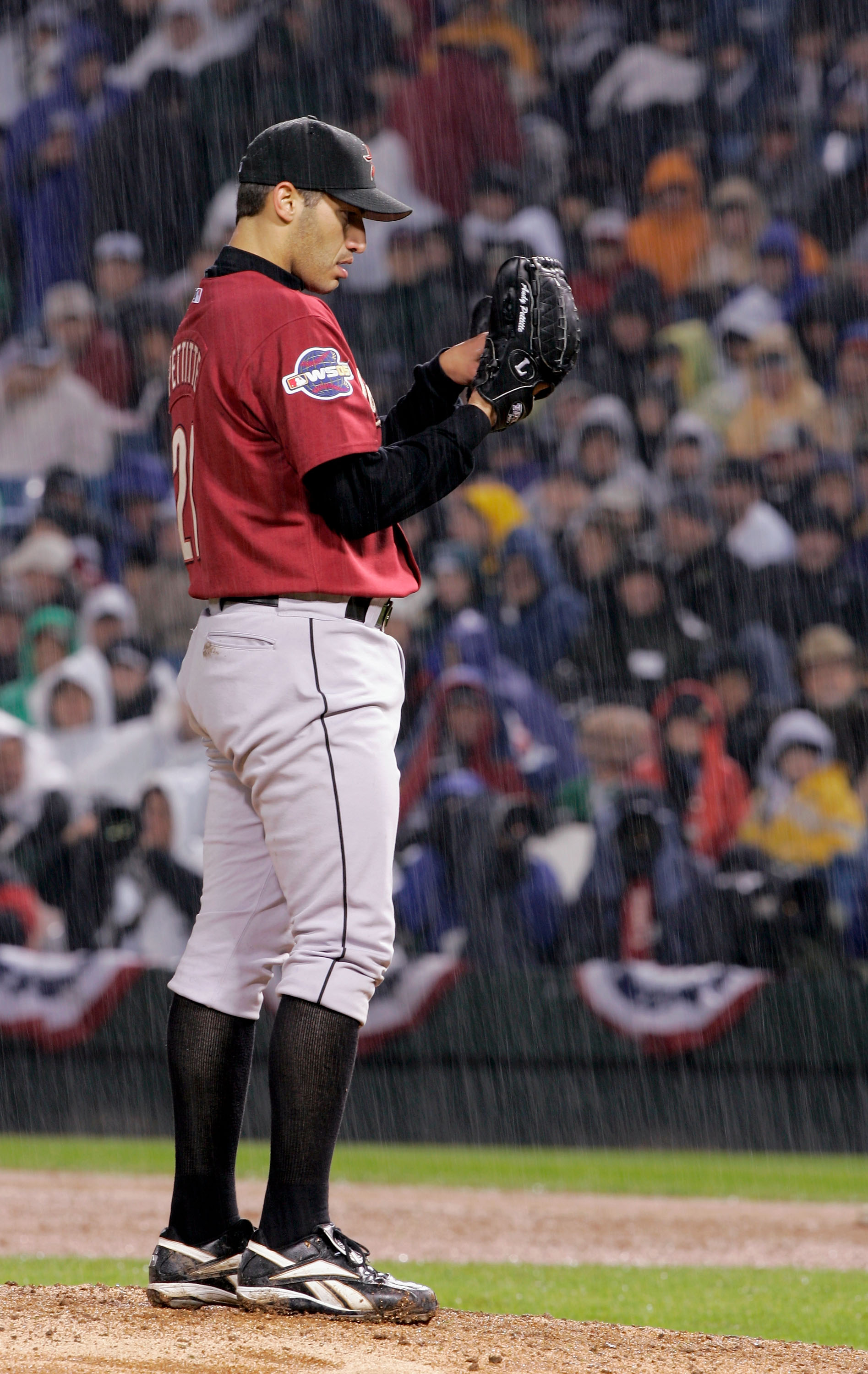 Pitching with the Astros, Pettitte carried his hometown team into the playoffs and later into the World Series. Houston finished with an 89-73 record, but that doesn't matter when it is playoff time and Pettitte is on your roster.

Going into the NLDS, Pettitte faced off against the battle-tested Atlanta Braves, who still boasted some of the better pitchers in the league.

Going up against Tim Hudson in Game 1, Pettitte did it with the bat as well as from the rubber. Pettitte helped put the Astros ahead for good with a double and a run scored in the seventh inning. 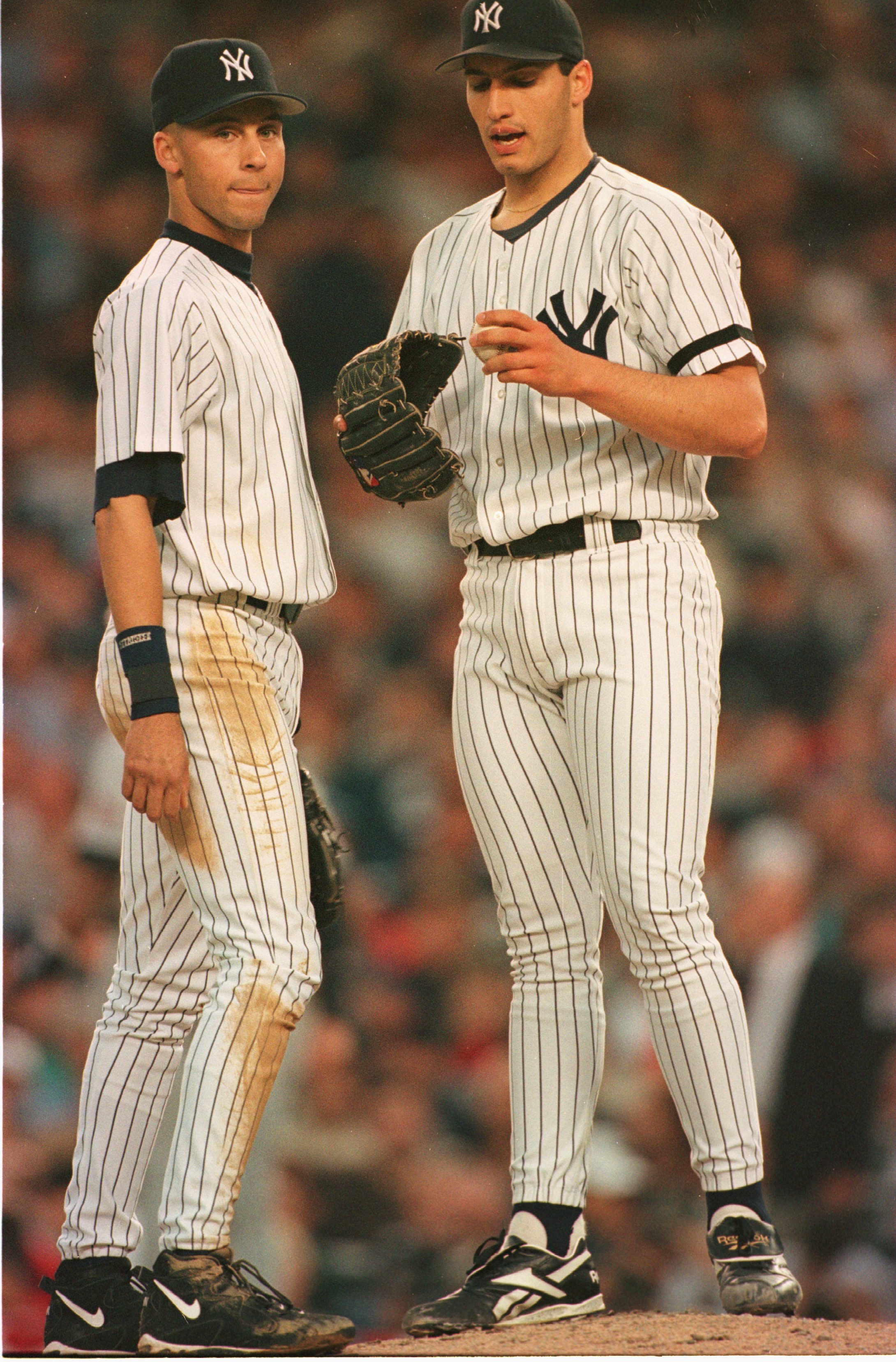 Even though Pettitte wouldn't go on to notch a win in the playoffs during his first season in the big leagues, Buck Showalter had enough confidence in him to pitch him in Game 2. Andy didn't let his manager down, as he went seven strong innings, allowing only four runs.

This might have been the cause for uproar amongst Yankee faithful, but Pettitte's postseason debut was a small taste of what he could bring to the table in big games. 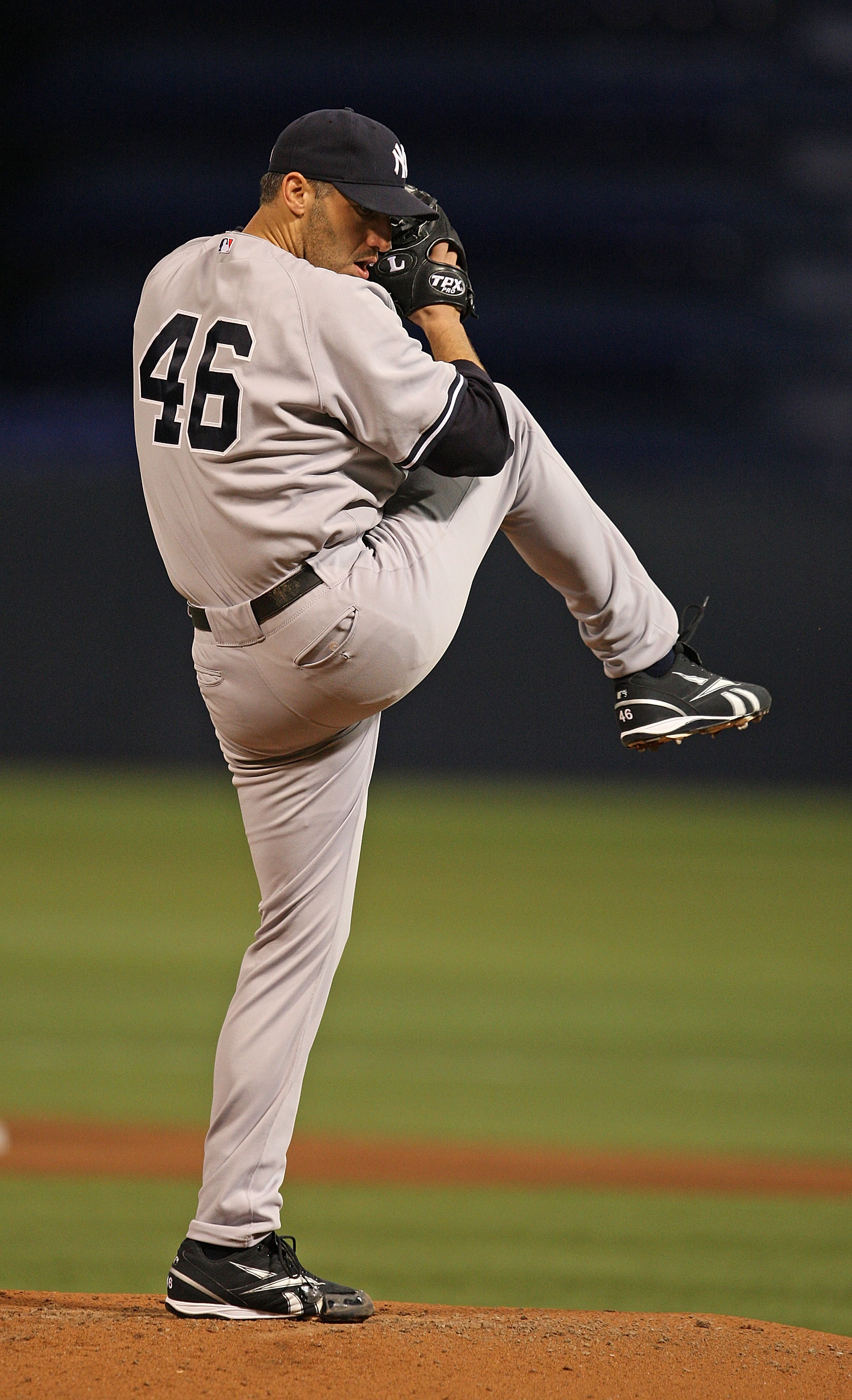 2009 was a year of destiny for these Yankees, and Pettitte helped to get the ball in motion. The Twins just squeaked into the playoffs by the skin of their teeth, and Andy helped make their postseason a short one. These guys just finished a 163-game season, so he was helping them out.

After taking Games 1 and 2 behind CC Sabathia and A.J. Burnett, Joe Girardi gave Pettitte the ball in Game 3 and let him do what he does best. The Yankees already decided to go with a three-man rotation this postseason, making this game all the more pivotal since a loss would put CC on the mound on short rest.

Pettitte went 6.2 innings, struck out seven, walked one and allowed one hit. The Yankees put a fork in the Twins, never allowing them to catch their breath. 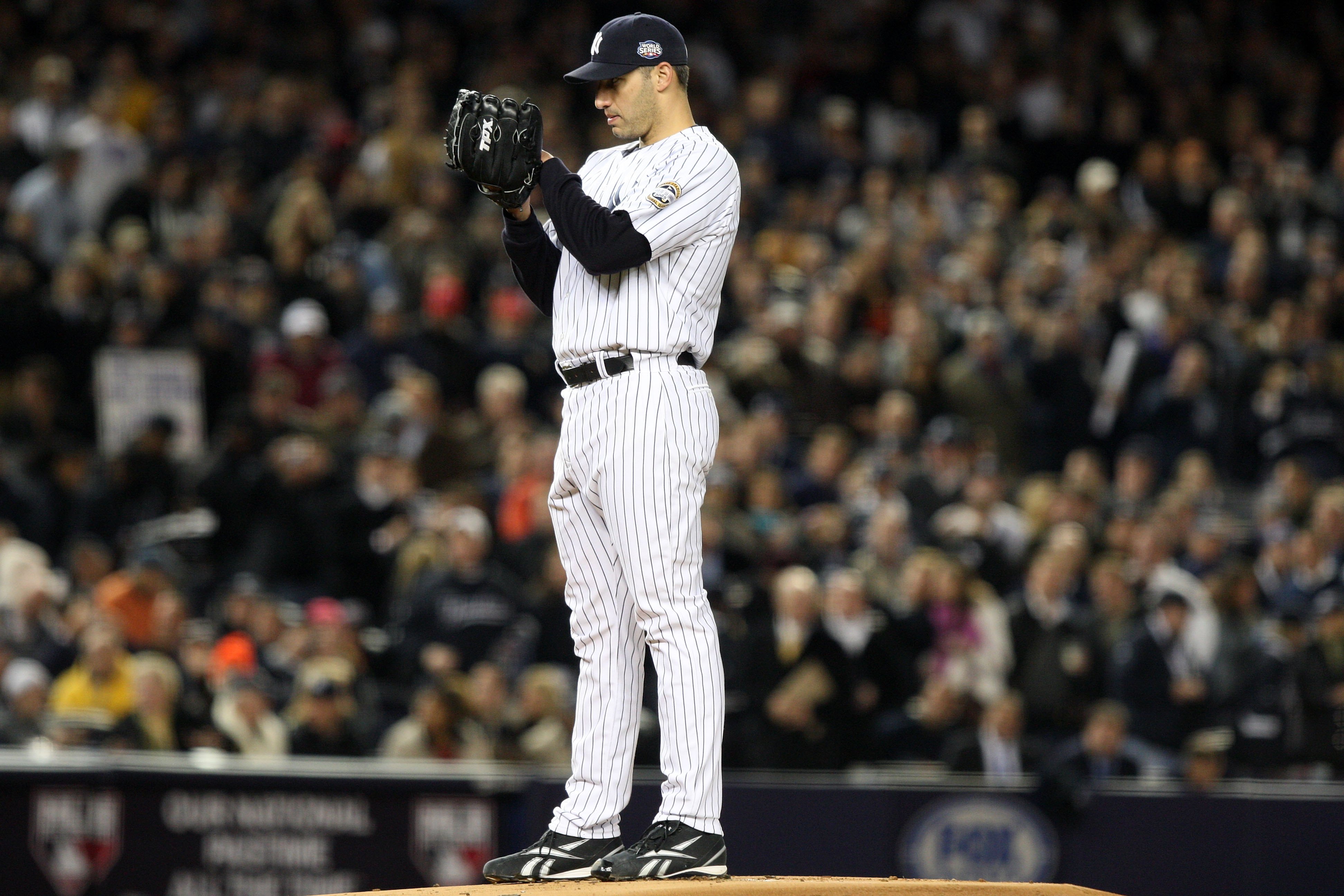 Pitching on three days' rest is never easy, especially when you are nearing the end of your career as Pettitte was. Nonetheless, he put the Yankees back in the World Series due to his dominant Game 6 performance against the Angels.

Pettitte went 6.1 innings, struck out six and only allowed one run.

Andy had one of his best Championship Series of all time as he posted a 2.84 ERA in two starts. Andy was masterful as he worked through a deep Angels lineup and once again proved he is one of the best postseason pitchers to ever grace the diamond. 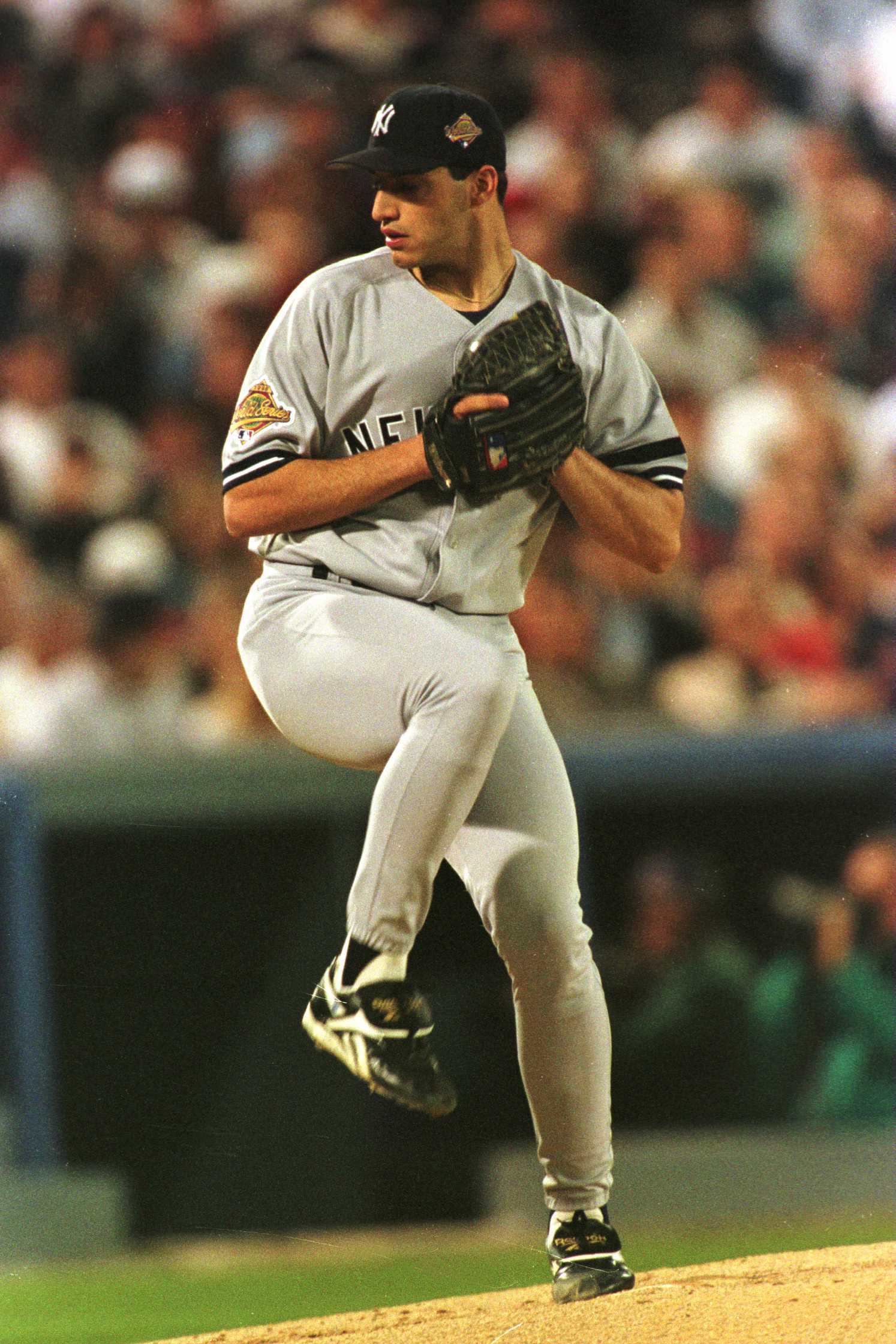 With the World Series tied at two games a piece. Pettitte, in only his second season, went toe-to-toe with John Smoltz in his prime. This was a pivotal matchup since it send the Yankees back to New York up 3-2.

Pettitte threw a gem of a game and out-dueled John Smoltz to the tune of 1-0. After being smacked around by the Braves in Game 1, Pettitte turned the tables and showcased his ability.

This was the ultimate test for Pettitte and manager Joe Torre and Andy stepped up his game. This was the first World Series victory for this group of players and the beginning of a dynasty. 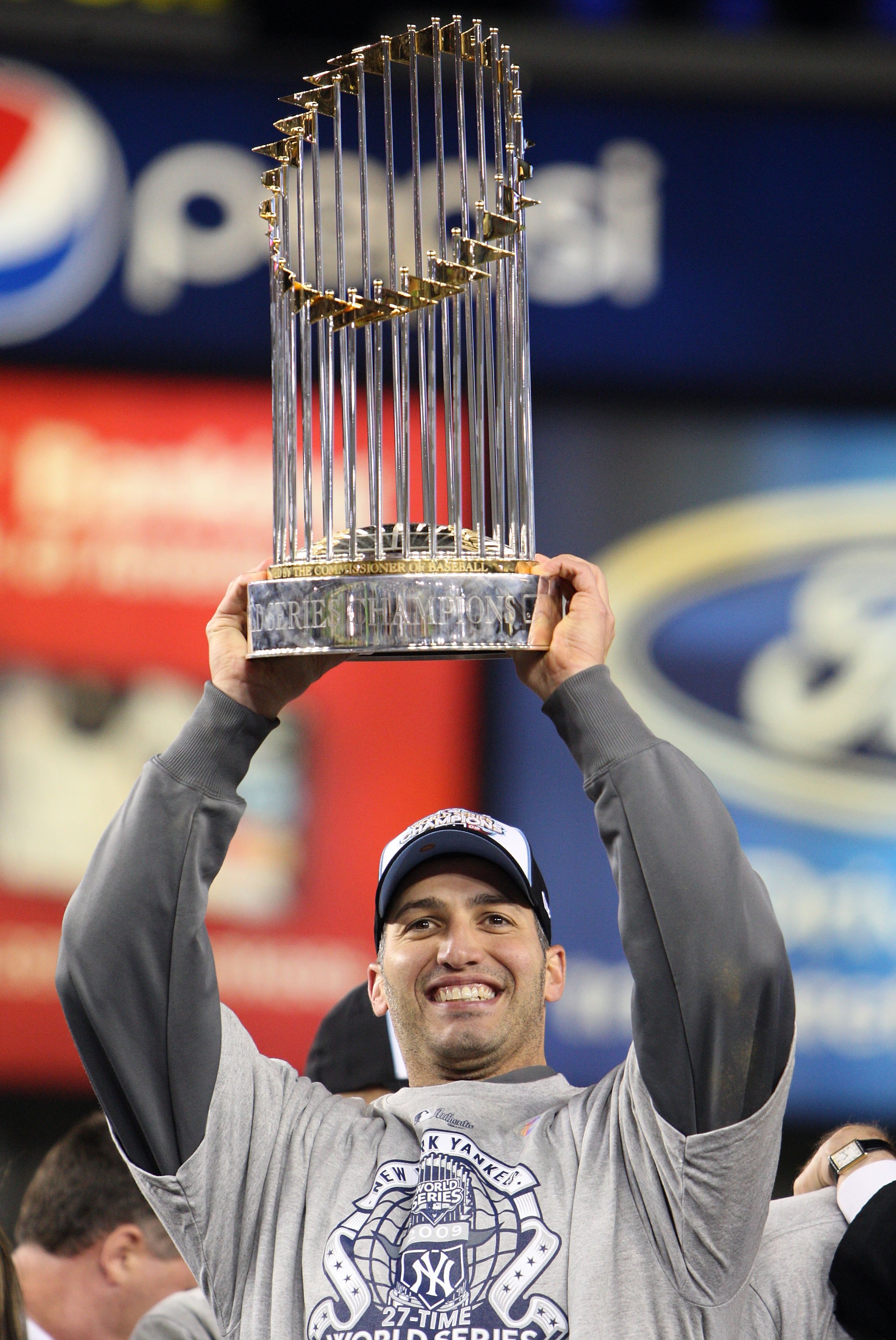 Did you expect this series to end any other way? Andy Pettitte vs. Pedro Martinez. Yankees vs. Phillies.

Pettitte pitched on three days' rest for the third straight time but showed no signs of slowing down. This, sadly enough, turned out to be his last World Series start, but it was one of his best. Pettitte grinded out 5.2 innings of four-hit ball and helped the Yankees notch their 27th World Series championship.

Not many pitchers of his age would have been able to pitch three times on three days' rest and perform at the level he did. Maybe he knew this could be his last World Series run and wanted to leave it all out on the table.

Andy Pettitte will go down as one of, if not the most clutch performer the MLB has ever seen.