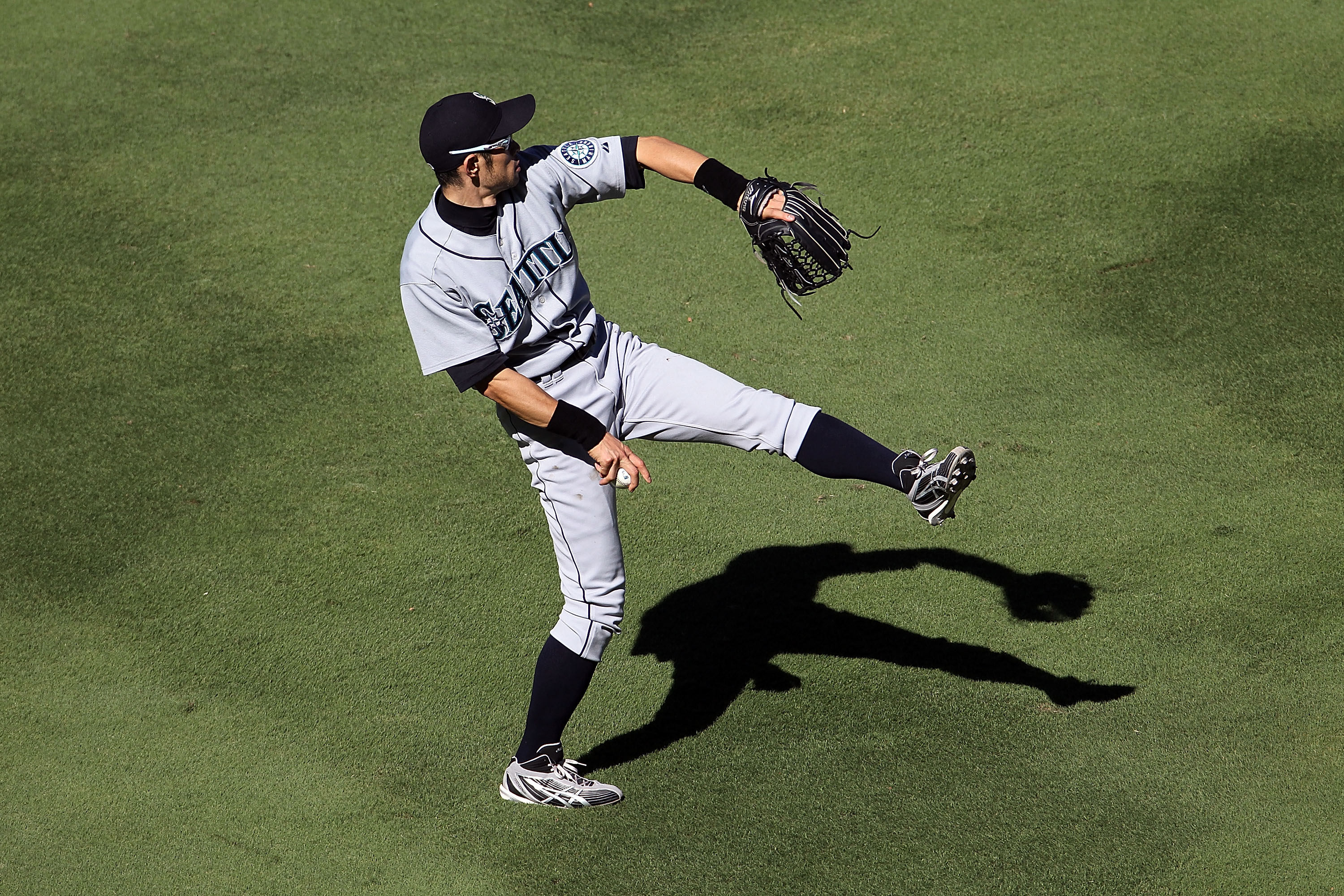 One of the most exciting defensive plays in baseball occurs when there is going to be a play at the plate. This situation happens when an outfielder can make a great throw to try to nail the runner that is heading home.

Throughout the history of baseball, there have been some outfielders that have had cannons for arms. Runners were afraid to take the extra base when these outfielders had the ball in their hands. 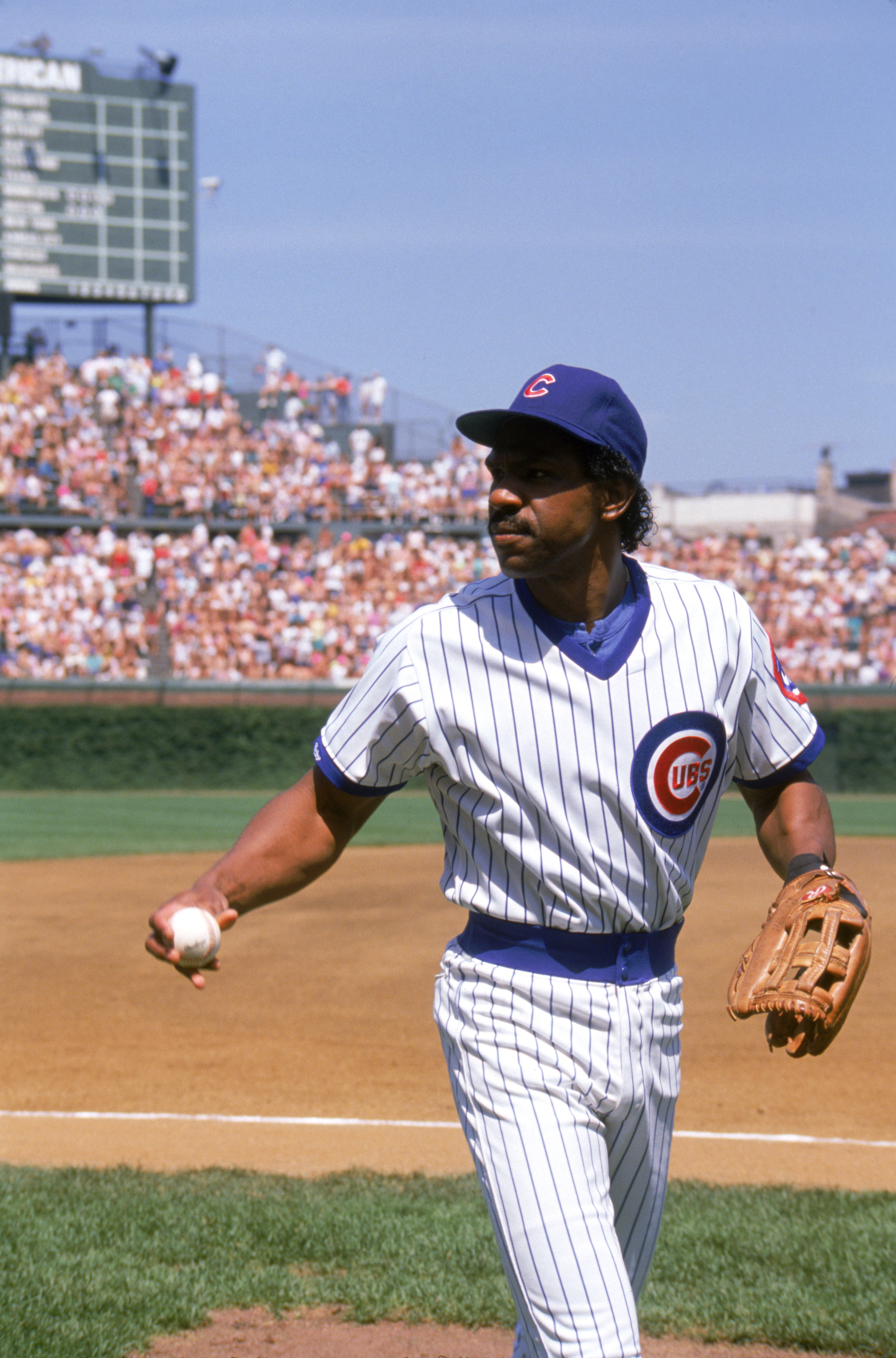 Andre Dawson had a cannon for an arm. The eight-time Gold Glove winner was finally inducted into Cooperstown in 2010. His strong defensive play definitely helped make up for the fact that he had a low OPS. Dawson racked up 157 outfield assists in his 21 major league seasons. 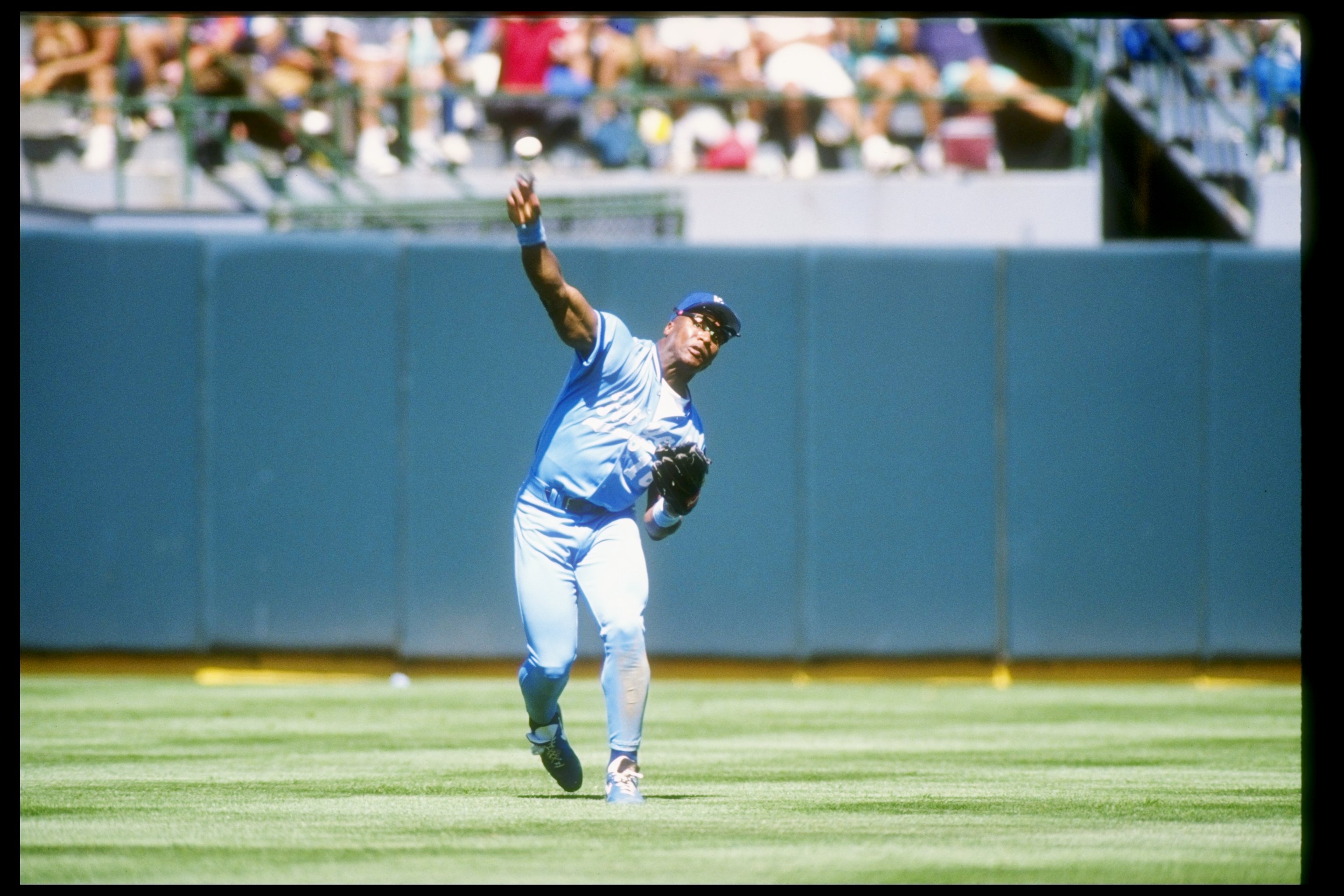 While Bo Jackson's greatest accomplishment might be the fact that he is the greatest video game character ever, it is not the only thing that Bo is known for. In addition to the fact that he ran the fastest ever-recorded 40-meter time at the NFL combine (4.08 seconds), the two-sport star had one of the best arms in baseball history.

Despite playing only eight seasons, Jackson managed to rack up 49 assists. It is a shame that his career was cut short as the result of a hip injury.

Most everyone reading this article is probably asking themselves who Glenn Gorbous is. Gorbous is the answer to the trivia question: "Who has the longest throw in baseball history"? He threw a ball 445 feet and 10 inches in 1957 while he was a member of the St. Louis Cardinals' Triple-A team. Despite his great arm, Gorbous only managed to play three seasons in the major leagues. 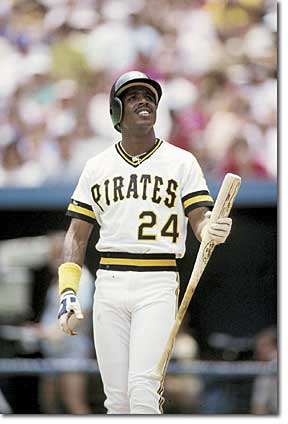 There are many questions surrounding Barry Bonds' arms, but none of them are about his ability to throw a baseball. Bonds had a strong throwing arm even before he began to bulk up. As a rail-thin rookie, Bonds managed to accumulate 10 assists. The eight-time Gold Glove winner even managed to throw out 11 base runners from left field at age 39. 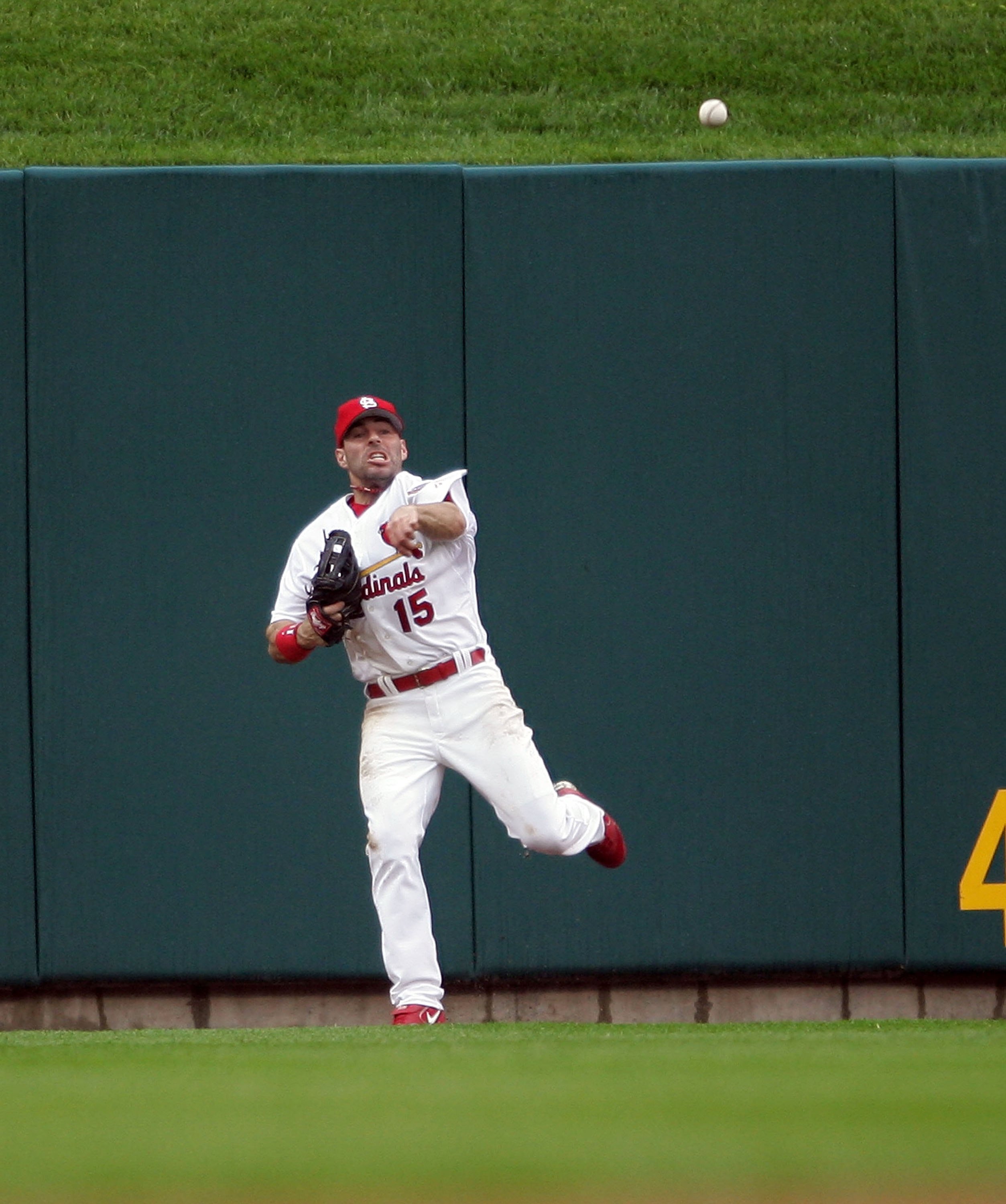 Edmonds is currently third among active players in outfield assists with 131. Amazingly, his arm was not the best part of his game defensively. Edmonds had phenomenal range while he was younger, and there are many instances in which he scaled the outfield wall to retrieve would-be home runs. The eight-time Gold Glove winner is one of the best defensive center fielders in major league history. 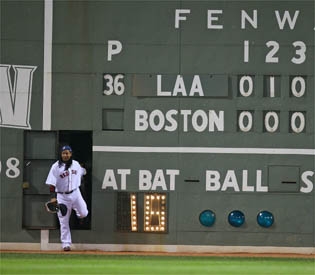 This will likely be the most questioned name on this list. Ramirez has never won a Gold Glove and he is thought of more for his offensive prowess than his defensive abilities. While one of Ramirez's most memorable moments in the field occurred when he walked into the Green Monster mid-game, it should also been noted that Ramirez has also showcased his arm in front of that very same wall. Ramirez is fourth among active outfielders with 129 career assists. 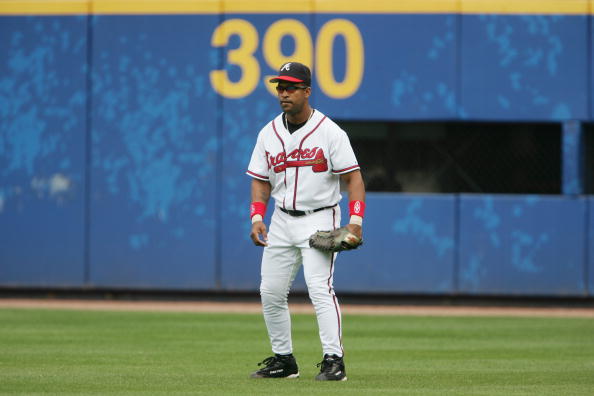 How could a man who nicknamed his right arm "El Canon" not make this list? Mondesi has a tattoo of a cannon shooting out a baseball on his right arm. The tattoo was earned, as Mondesi had one of the strongest arms in baseball in the 1990s. The two-time Gold Glove winner had five seasons in which he had more than 10 assists. 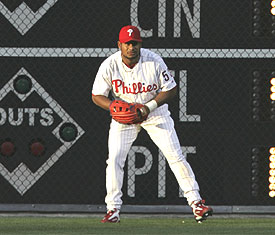 Bobby Abreu has had one of the strongest and most accurate arms in baseball in recent years. Despite only having played 15 seasons, Abreu is second on the active list for outfield assists with 132. Abreu's strong arm helped him win his only Gold Glove in 2005. 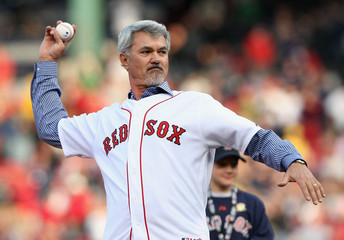 The former Red Sox great and six-time Gold Glove winner is known for his arm. Evans was considered to have one of the greatest throwing arms in baseball in the 1970s. He compiled 157 outfield assists in his 20 major league seasons. 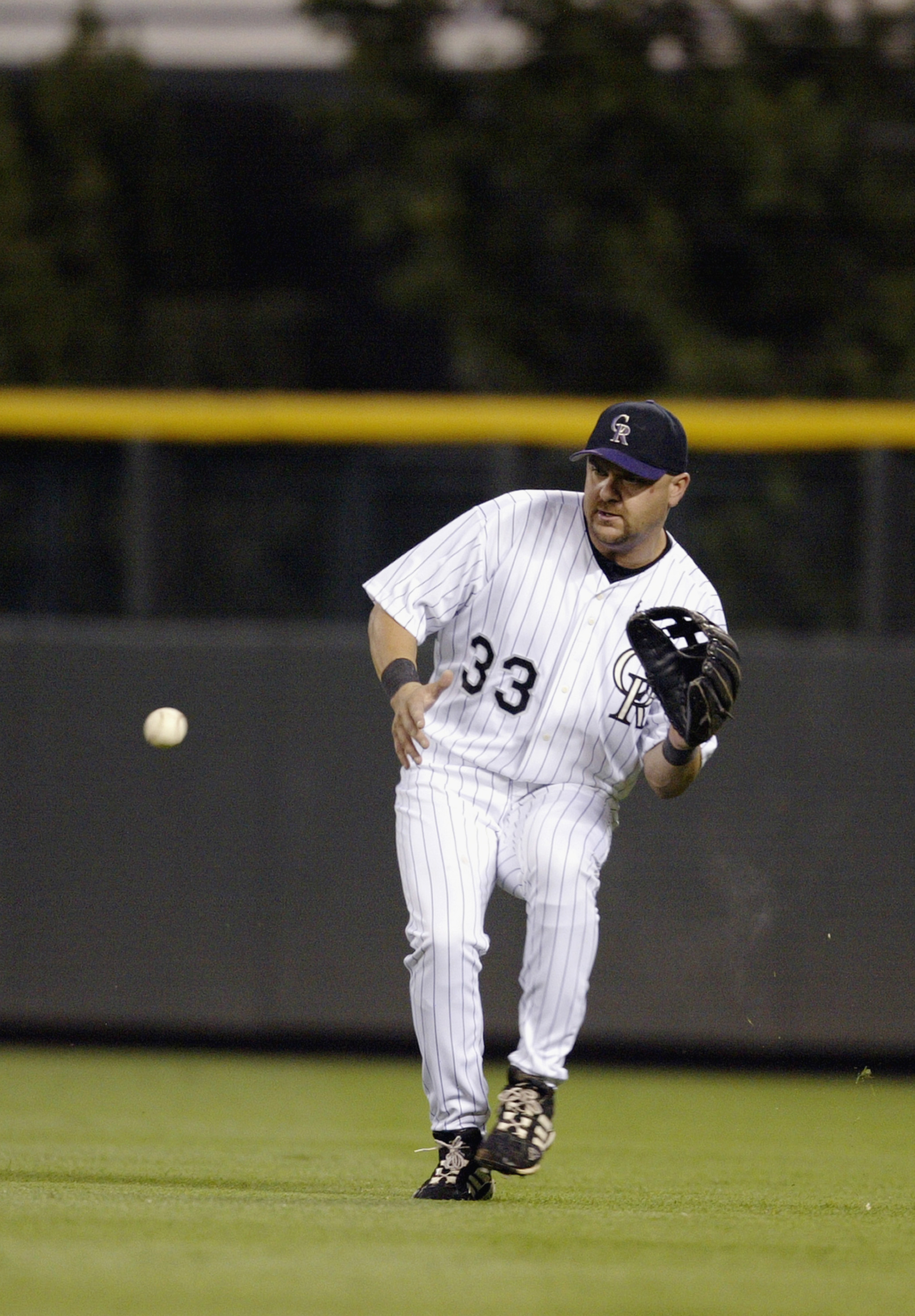 Larry Walker is considered one of the best Rockies ever in the team's short existence. Walker was known for his abilities at the plate, but he also had a gun for an arm. Runners were hesitant to try to take an extra base when the ball was hit to right in Coors Field between 1995 and 2003.  Walker won seven Gold Gloves and ended his career with 154 outfield assists. 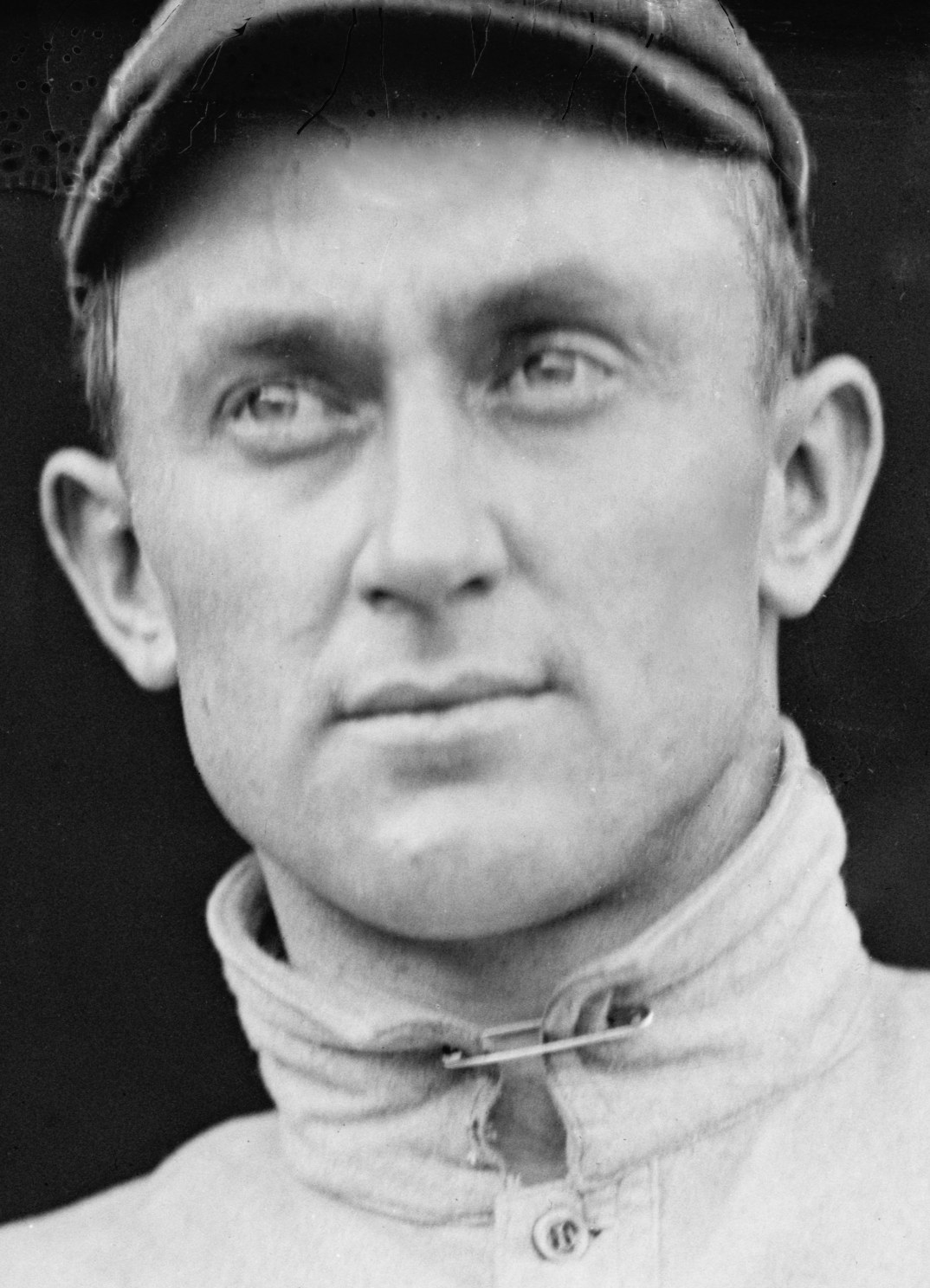 Cobb is widely regarded as one of the best baseball players in the history of the game. His .366 career average is a major league record. In addition to his impressive offensive numbers, Cobb also thrilled fans with his arm. Cobb's 392 outfield assists are second all-time. Cobb did have some trouble with his arm however. Cobb had 271 errors as an outfielder in his career. This is the 14th highest total of all-time. Cobb is also remembered for his feisty attitude and his aggressive playing style. 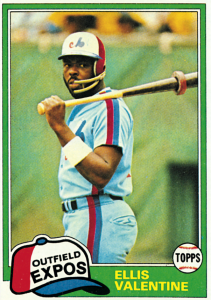 According to Bill James' Baseball Abstract, Valentine had the best arm in baseball in the 1970's. Unfortunately for Valentine, he was only able to play 10 seasons in the majors. He was forced to retire at age 30 as the result of a broken jaw which forced him to play with a facemask for a few years. In his 10 years, Valentine did manage to win one Gold Glove and he recorded 85 assists. 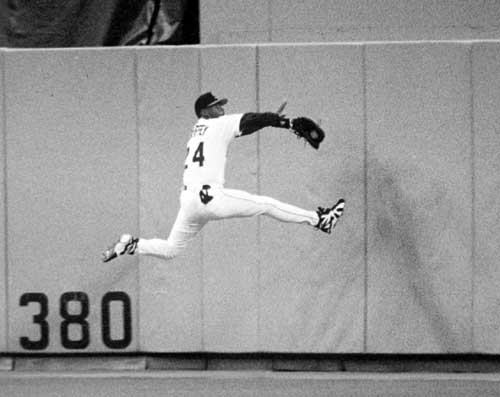 Ken Griffey Jr. may have been the greatest player in baseball history had injuries not plagued him during his career. Before he retired in the middle the 2010 season, Junior was the active leader in outfield assists with 154. Griffey's defensive abilities helped him win the first of his 10 consecutive Gold Gloves at age 20. 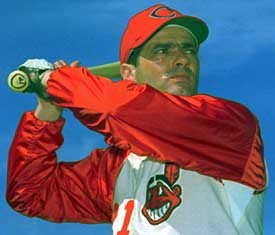 Colavito is another player on this list who has a legendary arm. While a member of the Indians minor league team in San Diego, he once threw a ball from home plate and it landed 436 feet away, deep over the center field fence.

Colavito's arm was so strong that both the Indians and Yankees let him pitch at one point. In five-and-two-thirds career innings, Colavito only gave up one hit. It has been suggested that the Indians have been cursed after trading Colavito, a fan favorite, to the Detroit Tigers in 1960. 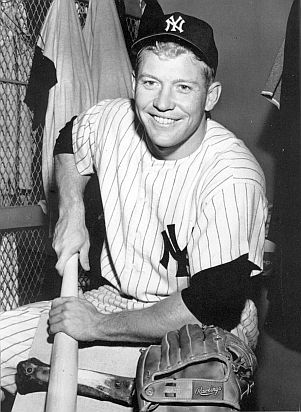 Mantle's pure strength can be seen was demonstrated by the fact that he hit some of the longest home runs in baseball history. He also had one of the strongest arms that baseball has ever seen. Nothing less should be expected from a man who was nicknamed "Muscles". Mantle earned one Gold Glove in his career and threw out 117 base runners from the outfield. 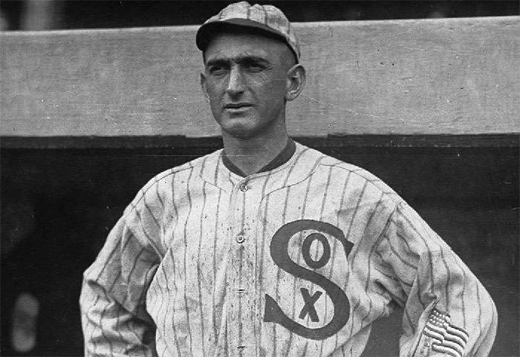 Jackson is known most for his alleged participation in the Black Sox Scandal and the fact that he was banned from baseball by commissioner Kenesaw Mountain Landis following the 1920 season. While the debate has raged on for years regarding if Jackson actually participated in fixing the World Series, there is little debate that he is one of the greatest players of all-time.

Jackson had 183 outfield assists during his 13 year career. His arm was so powerful, that while pitching for his mill league, Jackson once broke a catchers arm and was subsequently moved to the outfield because no one wanted to catch for him. 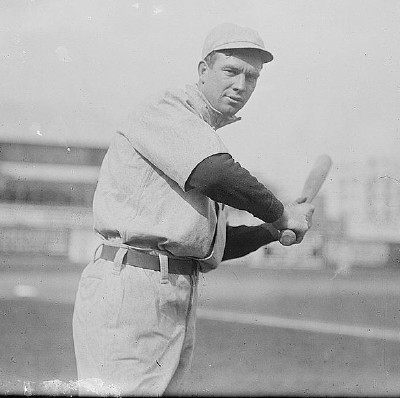 Speaker is the MLB record holder for most career outfield assists with 449. Speaker was mentioned in Bill James' Baseball Abstract of having the best arm of anyone who played between 1910-1919. He is considered to be one of if not the best center fielders of all-time. Speaker also holds the unique record for most unassisted double plays by an outfielder with six. 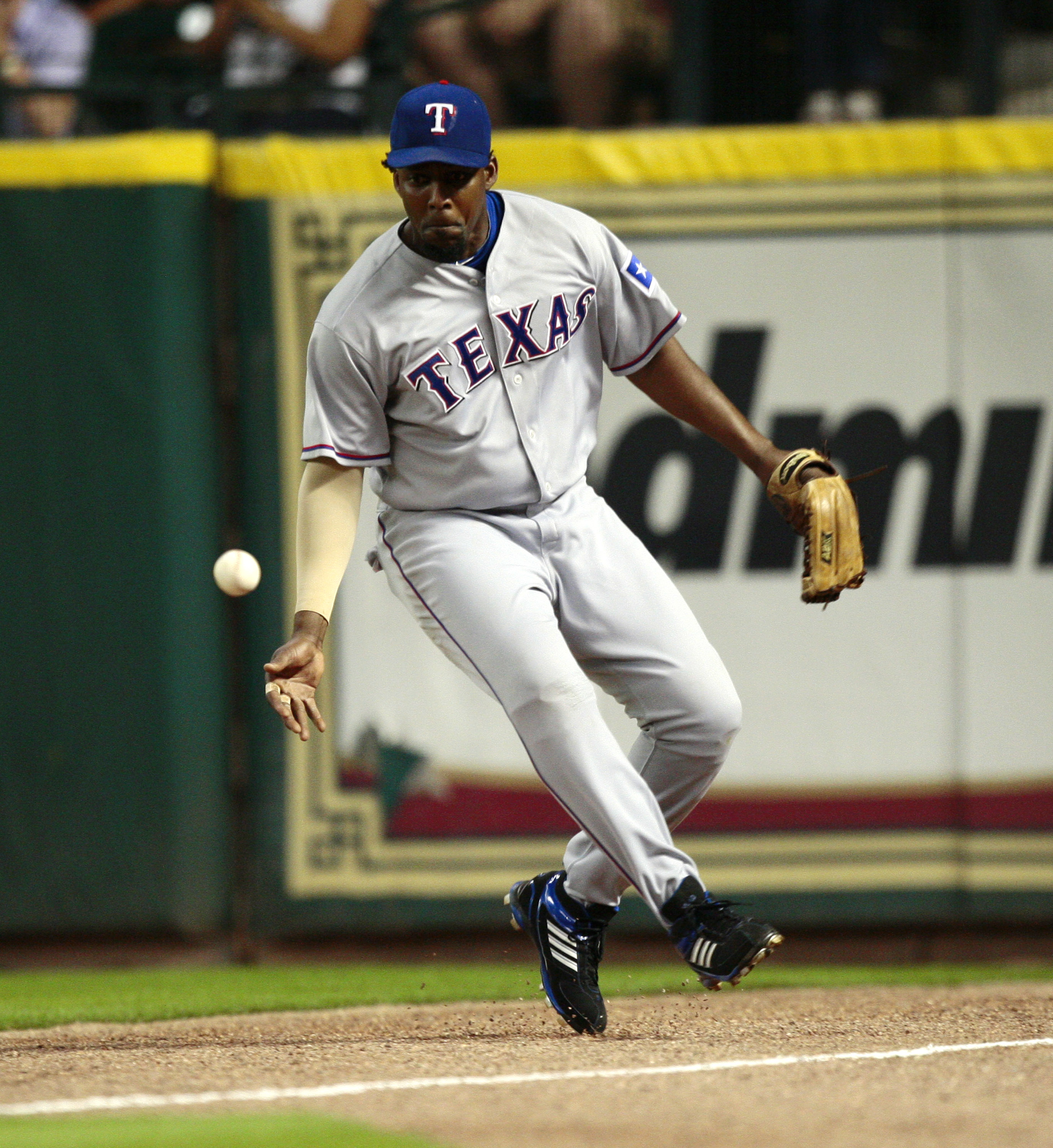 Guerrero has the second best arm of any player in baseball today. Prior to a game in the 2004 ALDS versus the Yankees, Guerrero threw a ball 370 feet in warm-ups. Guerrero currently ranks fifth on the active list for outfield assists. His throwing abilities were recognized by Bill James, as Guerrero was noted to have the best arm of the 1990s. 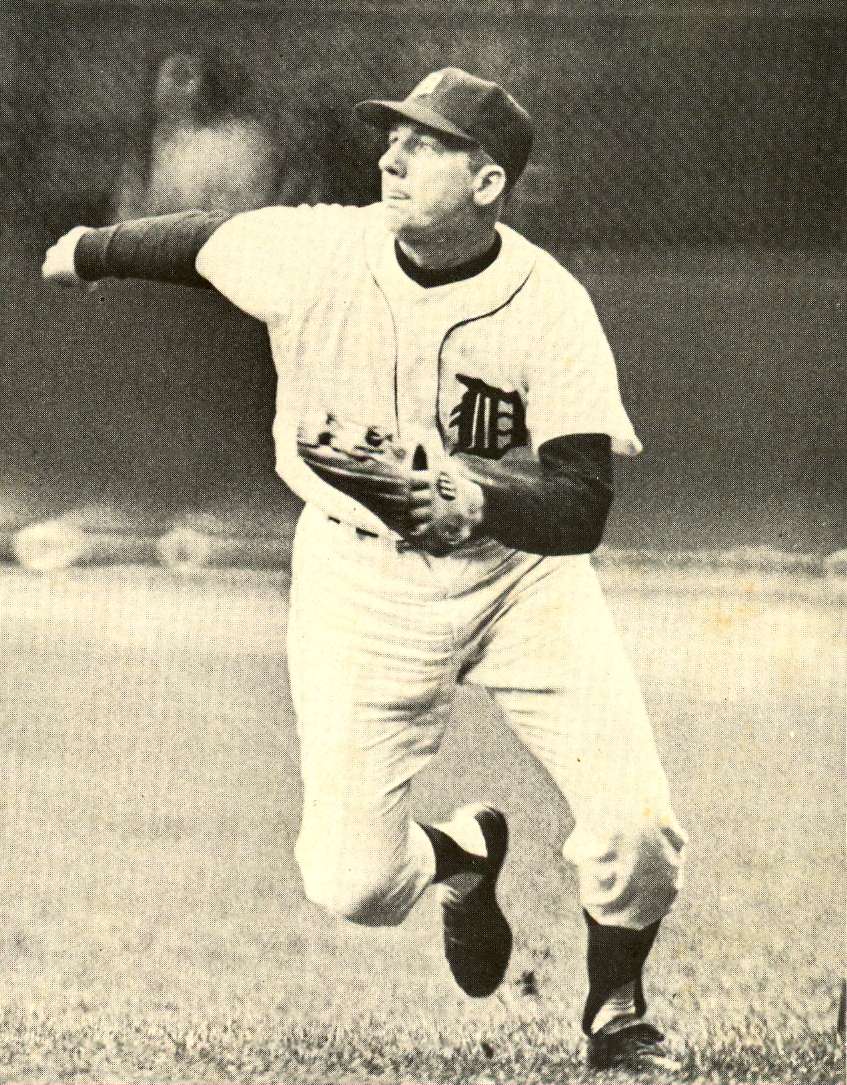 Kaline, also known as Mr. Tiger, made his major league debut at age 18. He immediately impressed both his manager and scouts with his impressive throwing arm. At age 19, Kaline recorded 16 of his career 170 outfield assists. Kaline was known for his perfect throwing from and his ability to catch and throw. His defensive abilities were rewarded as he received 10 Gold Gloves over the course of his career. 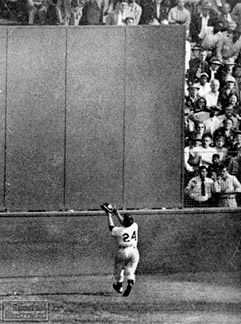 Mays is in the discussion for the greatest player of all-time. Mays had 195 career outfield assists and he won 12 consecutive Gold Gloves. However, Mays is more well-known for "The Catch" than for his arm. Mays' throwing arm deserves more recognition as he was he had the second strongest arm of any outfielder in the 1960s. 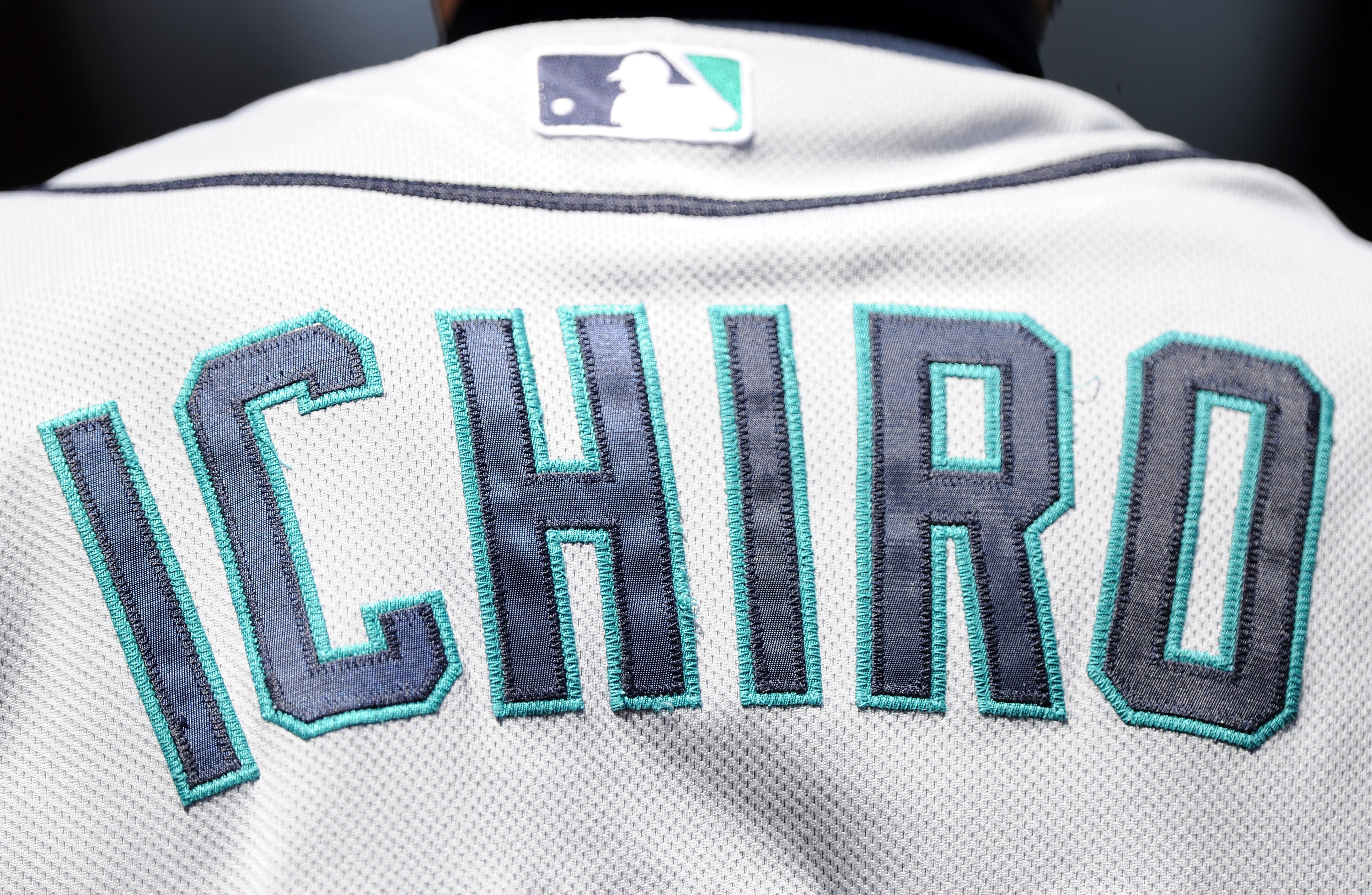 Ichiro has the strongest and most powerful arm of any outfielder in the major leagues today. Runners will not even try to advance extra bases when the ball is in Ichiro's hands. Ichiro has won a Gold Glove all 10 years that he has been in the major leagues. Even at age 36, Ichiro was consistently able to throw out runners trying to take an extra base.

All of what you need to know about Meusel's arm was said by Bob Quinn, former president of both the Boston Red Sox and Atlanta Braves. Quinn said, "Meusel's arm was the best I ever saw. And I'm talking about strong arms, not merely accurate ones. Meusel threw strikes to any base from the outfield".

Meusel is another player on this list gaining recognition from Bill James as having the strongest outfield arm in the majors during his playing years (1920s). Even though Meusel played just 11 seasons, he still recorded 157 outfield assists. 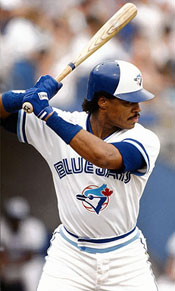 Jesse Barfield had an incredibly strong and an incredibly accurate throwing arm. Barfield would consistently throw strikes from right field to home plate. Like with many of the other top outfielders on this list, runners knew not to try for extra bases when the ball was anywhere near Barfield's hands. Barfield threw out an astounding 162 runners during his 12 year career. 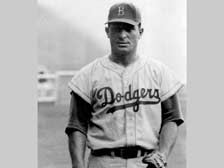 Carl Furillo's right arm earned him the nickname, "The Reading Rifle". Furillo once threw pitcher Mel Queen out by two feet on a ball that was hit to right field and that everyone believed to be a single. He led the National League in outfield assists twice in his career.

Furillo also has the distinction of having needed just one more hit in his career to have a .300 average, while he instead finished at .299. 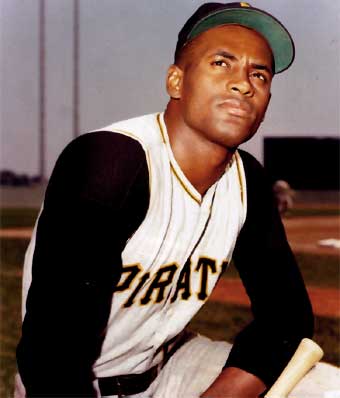 Base runners in the National League feared the arm of Roberto Clemente. He could seemingly throw out any runner trying to pick up an extra base. Clemente's arm was not only powerful but it also featured laser-like precision.

In Game 6 of the 1971 World Series, Clemente showed off this arm on a fly ball hit by Frank Robinson. With Merv Retterman on third base, Robinson knocked the ball more than 300 feet deep in center field. After fielding the fly ball, Clemente unleashed a rocket that cause Retterman to retreat back to third base. This prevented the Orioles from scoring that inning and the Pirates would go on to win the World Series.

Clemente is tied with Willie Mays for the the most Gold Gloves for an outfielder with 12.