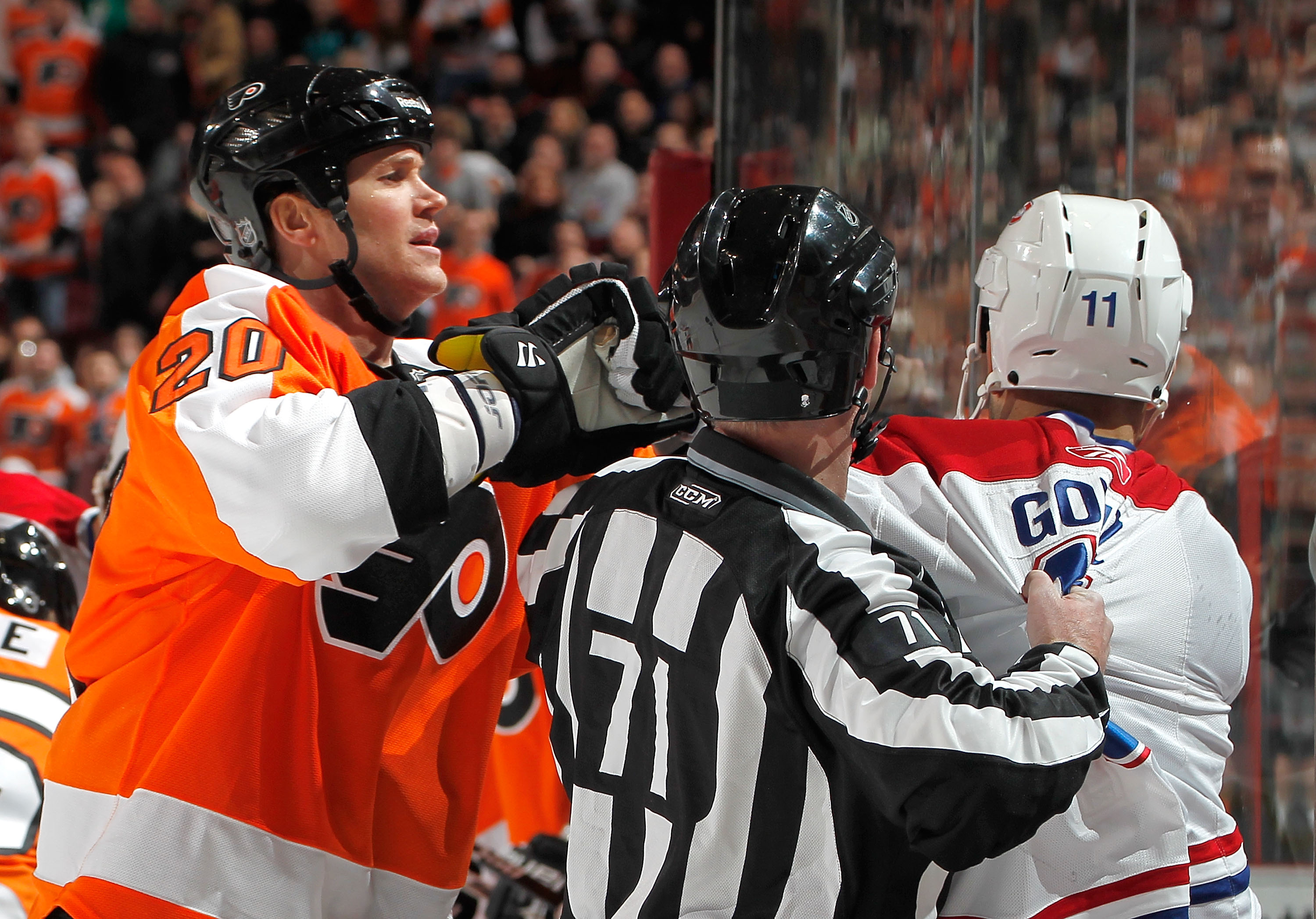 The Philadelphia Flyers are one of the toughest franchises in the NHL.

That’s why when defenseman Chris Pronger was dealt to the city of Philadelphia, fans and management rejoiced.

The fans of the Flyers, though, like his wild side as much as they like his powerful play.

As good as he is, he hasn’t been able to avoid criticism and controversy. I don’t think he would avoid it if he could anyway.

The following list is of the 10 most controversial and infamous moments in Chris Pronger’s career.

Take into consideration that this was when Pronger was the best defender in the league.

While it came as a shock to some who weren’t exposed to Pronger’s aggressive style of play, the hockey community knew the truth the whole time.

Pronger had just won the Norris Trophy and the MVP and was really being flaunted around media outlets.

Granato and Pronger had run-ins in the past, and it came to a head when Pronger laid him out.

I remember the news that night showed this clip, and his perception in the entire hockey world changed from then on.

The play was simple.

Chris Pronger was skating backwards for the Anaheim Ducks, and Brenden Morrow of the Dallas Stars was trying to move through the neutral zone to shoot on an empty net.

When Morrow looked down to take a shot at the vacant net, Pronger cross-checked him across the face while shoving him to the ground.

Pronger was suspended two games for the episode. 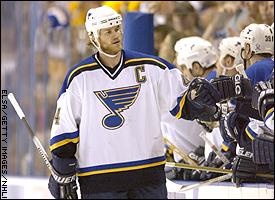 During the 2000-2001 season Pronger was busy being acclaimed as the best defenseman in the league.

Through all of the media attention, Pronger still found time to create havoc.

During a game with the Blues, Pronger was awaiting a line change when Kelly Buchberger checked Pronger’s teammate Pavol Demitra hard with his elbow.

Pronger jumped on the ice and attacked Buchberger, punching him several times while Buchberger cowered.

The incident caused the NHL to suspend Pronger for one game without pay for leaving the bench to fight.

Hit Jeremy Roenick in the Head 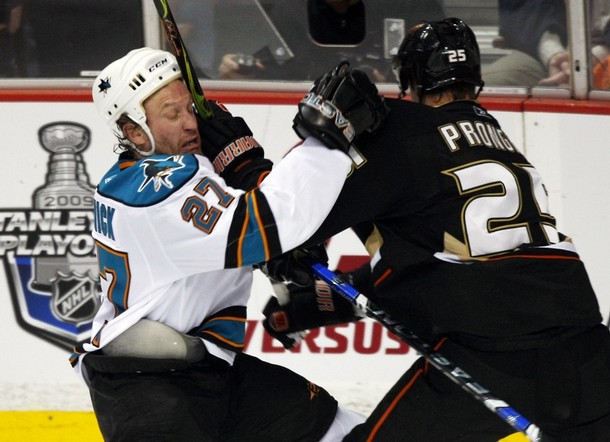 Jeremy Roenick was a big talker, and Chris Pronger was just as loud.

When they played against each other, you knew that something was going to go awry.

In 1998, Pronger slashed Roenick in the head with his stick. He made contact mostly with his helmet, but the intent to injure seemed pretty obvious.

The NHL said that Pronger’s actions were extremely reckless, and the damage could’ve been a lot worse.

With all things considered, the NHL bigwigs decided to levee a four-game suspension against Pronger.

Slashed Pat Peake in the Throat 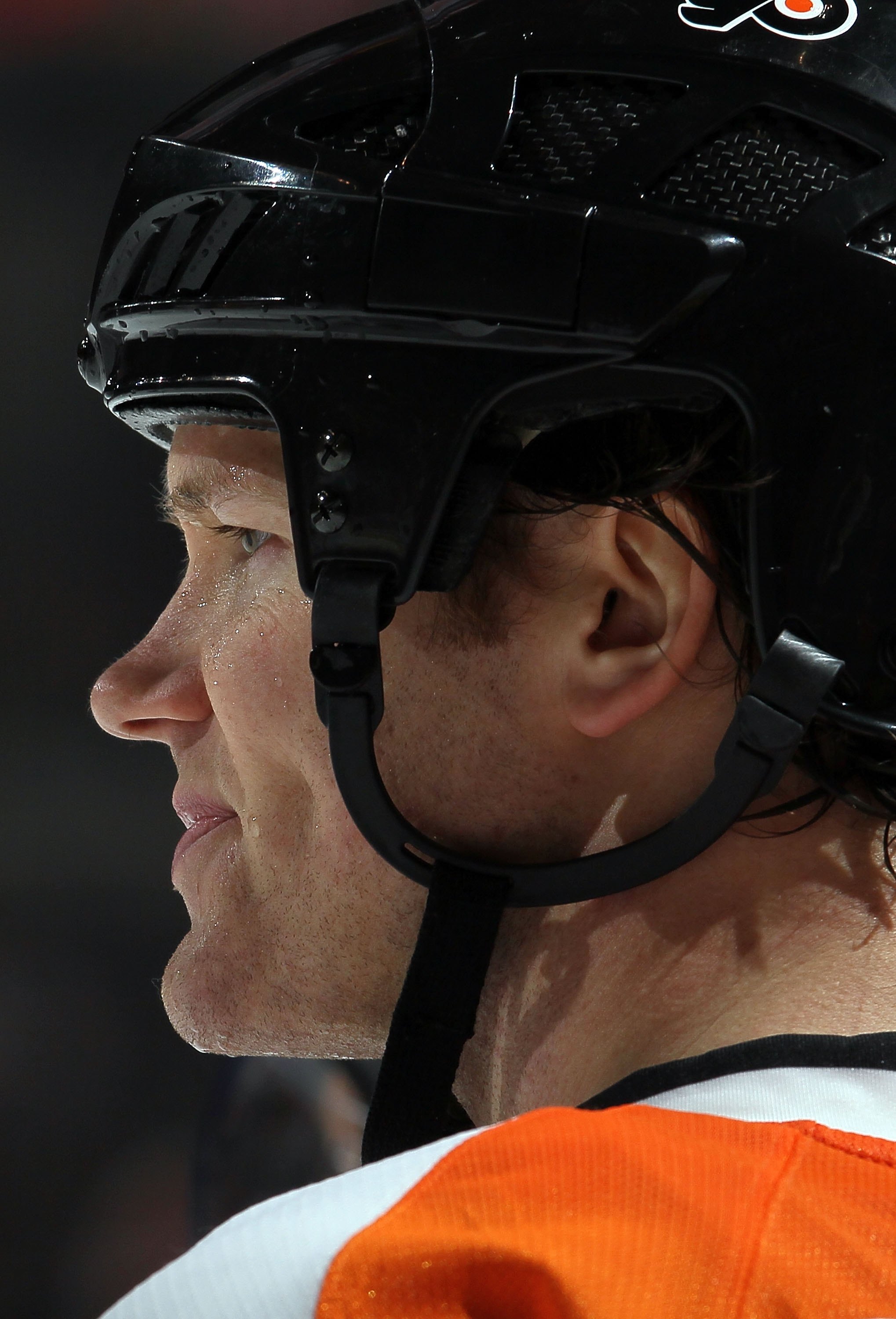 This moment was infamous, but I always felt the penalty was too large for the crime.

While Pronger was still with the St. Louis Blues, he was suspended four games for checking Washington Capitals forward Pat Peake in the throat with his stick.

When the incident was broadcast on TV, it looked like Pronger’s stick slid up Peake’s chest and caught him in the throat.

Chris Pronger may have deserved most of the suspensions he has received, but this particular event wasn’t as it appeared, in my opinion.

No matter how much he says he hates the media, the back-and-forth between Pronger and reporters is always fun.

Pronger will attack the questions people ask and berate the reporters with insults and quips.

For the media, they have a lot of fun with it too.

You can hate him all you want, but you know he is fun to watch and listen to.

Chris Pronger won the Stanley Cup in 2007 with the Anaheim Ducks.

While he served his team well when he played, it was the two games he missed that are infamous.

Pronger wasn't just suspended once in his first postseason with Anaheim; he was suspended twice.

The first suspension was one game for his hit on Detroit's Tomas Holmstrom in Game 3 of the Western Conference Finals.

Pronger was also suspended one game for his blow to the head of Ottawa's Dean McAmmond in Game 3 of the Stanley Cup Finals.

It didn’t seem to change anything because the Ducks still went on to win both series.

Whether it’s the fact that it is still fresh in our minds or the fact that it has been rekindled with a recent news story, Pronger’s appearance in the 2010 Stanley Cup Finals has gone down in history.

Pronger stole two game-winning pucks from the Chicago Blackhawks and is now selling them on eBay.

The whole series was extremely physical, and several Blackhawks expressed their anger.

Then Blackhawk Adam Burish said after the series that if he ever saw Pronger on the street, he would punch him in the face.

Pronger also had run-ins with Dustin Byfuglien and Ben Eager before stealing the game-winning pucks.

And they say Pronger doesn’t have class!

Chris Simon, playing for the Islanders at the time, was suspended 30 games for stomping on the leg of then-Pittsburgh Penguin Jarkko Ruutu.

This was the precedent that was argued when Pronger stomped on Vancouver Canucks forward Ryan Kesler.

During a game in 2007, Pronger and Kesler got tangled along the boards. The play looked innocent, but Kesler was sure Pronger stomped on his leg on purpose.

The NHL got clear footage of the incident and handed down an eight-game suspension, which is still the longest of Pronger's career. 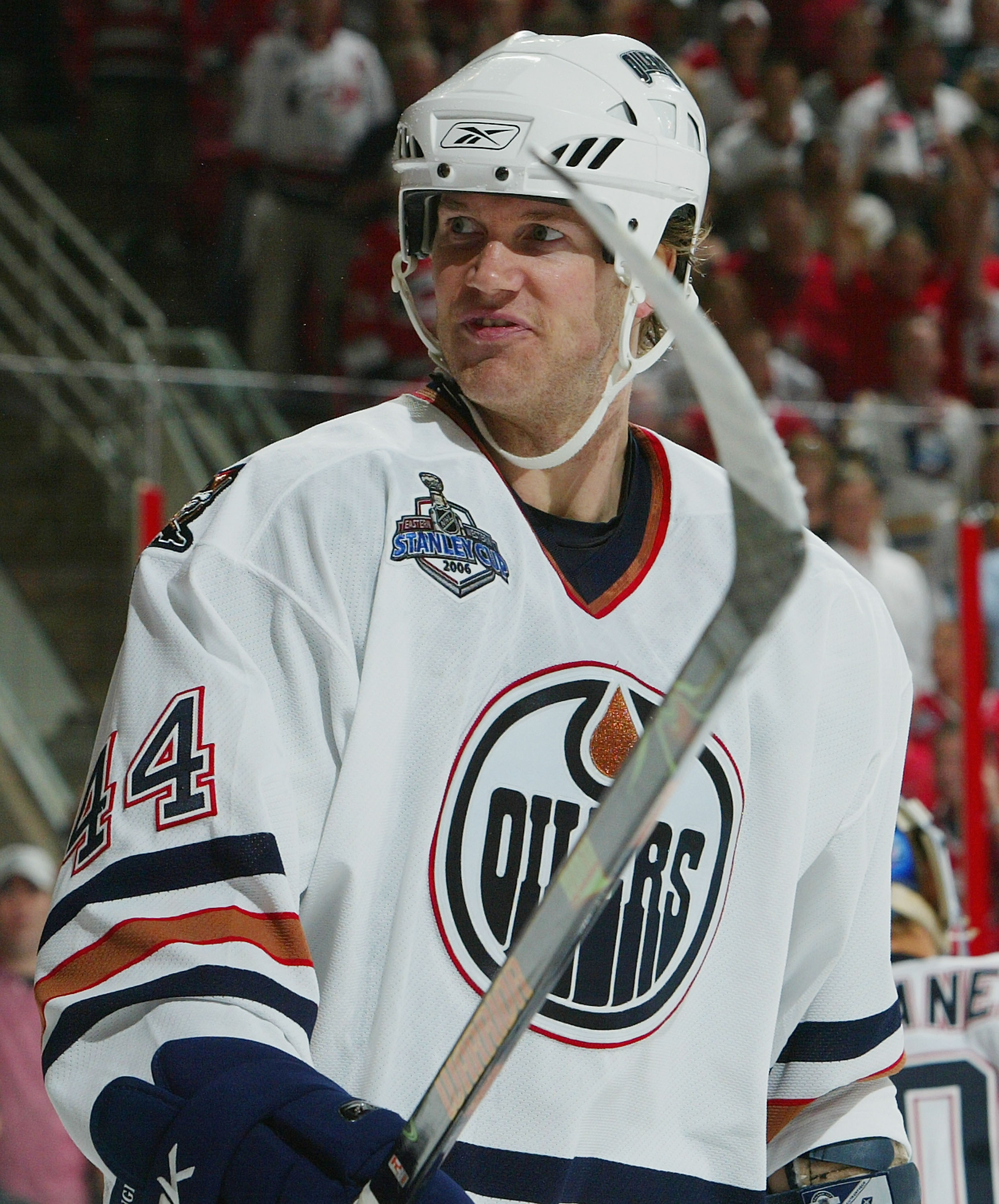 When Chris Pronger went to the Edmonton Oilers from St. Louis, the fans in Edmonton thought they had their emotional and defensive leader for a long time.

What they didn’t count on was a midnight departure like that of the Baltimore Colts.

Although Pronger has never substantiated the claims, rumors were abounding surrounding his surprising departure.

The whole situation in Edmonton was terrible for the city and player, and Pronger was dubbed “Public Enemy No. 1” by the media.

While the circumstances surrounding the trade request are still cloudy, what is perfectly clear is that Pronger has been better off out of Edmonton.