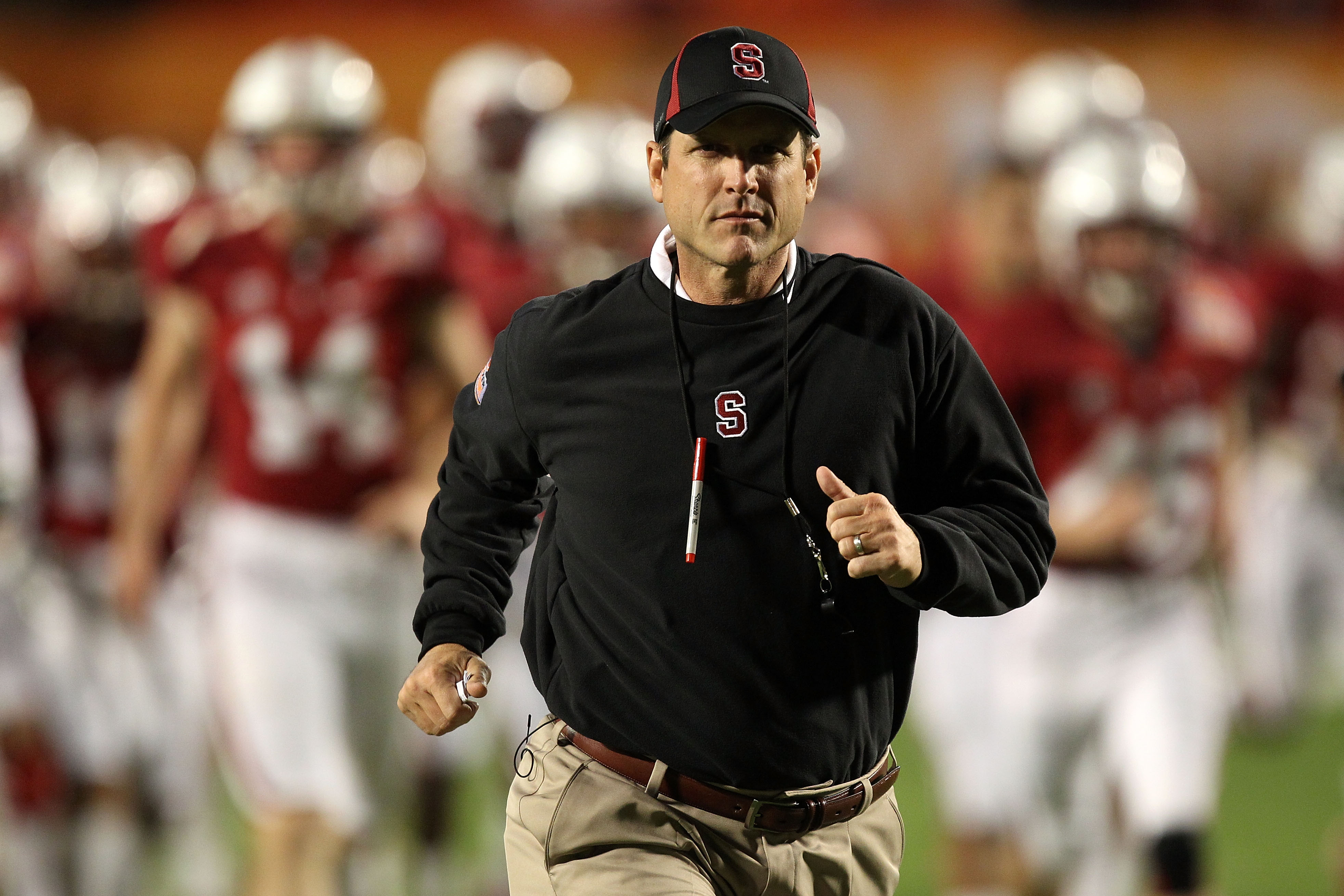 The speculation regarding Jim Harbaugh has ended as the former Stanford coach has agreed to become the head coach of the San Francisco 49ers.

Harbaugh takes over a 49ers team that were unable to live up to the expectations of being the NFC West champions.

Injuries, turmoil in the locker room, and the revolving door at quarterback led to the downfall of this team and the eventual firing of Mike Singletary.

Here are the top ten chances that Jim Harbaugh needs to make if he wants to turn this franchise around quickly.

10. Harbaugh Needs To Win Over His Locker Room In His First Few Months As Coach 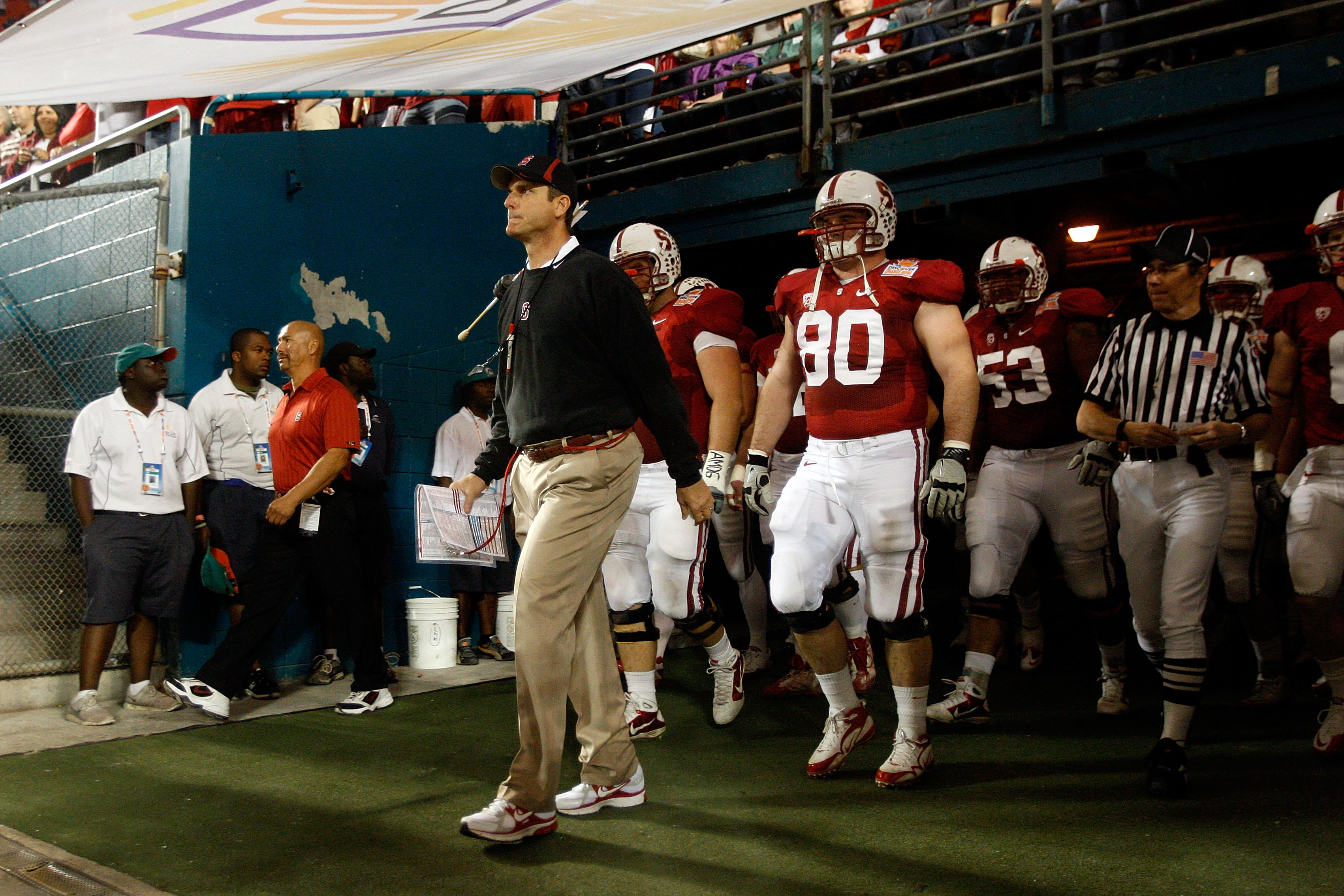 Over the last few weeks the media is beginning to learn that there was quite of a bit of tension between former 49ers head coach Mike Singletary and his locker room.

Players are coming out and admitting they never adapted to Singletary's aggression as coach, as it seems his dedicated for football cost him his job in the end.

Harbaugh is entering a new atmosphere on a different level of football. He needs to continue being the motivator he was at Stanford by having his players trust him and the system he will attempt to implement on this team. 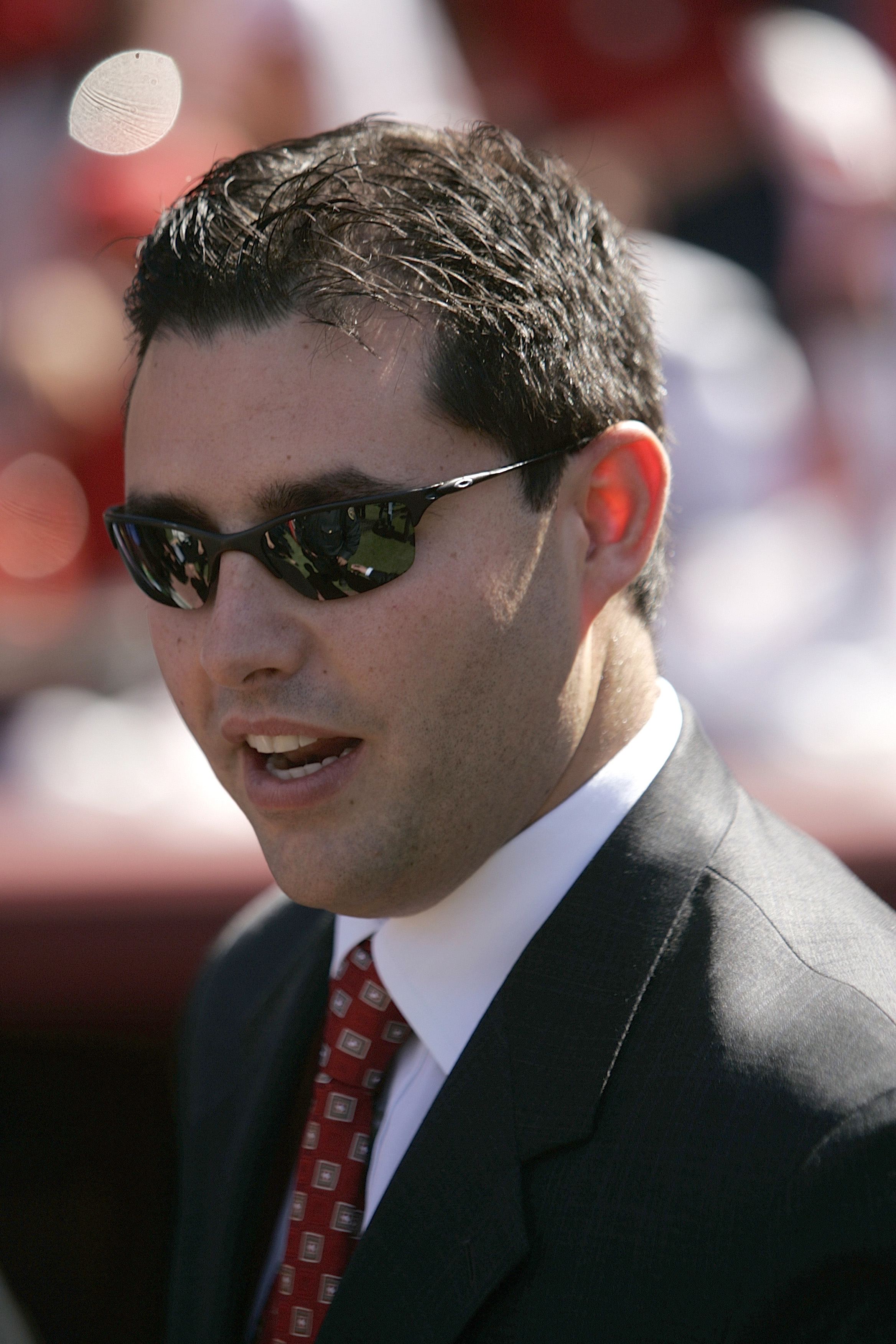 As the new head coach of the 49ers, it wouldn't be a bad thing if Jim Harbaugh began his tenure on good terms with Jed York and new general manager Trent Baalke.

After the long conversations involving both Baalke and Harbaugh, it is clear that plenty of roster moves should be willing to be made within the next few years.

Harbaugh needs to have trust that the front office will bring in the talent that is needed to win now, while the front office must have confidence that this young coach can bring instant credibility to this organization. 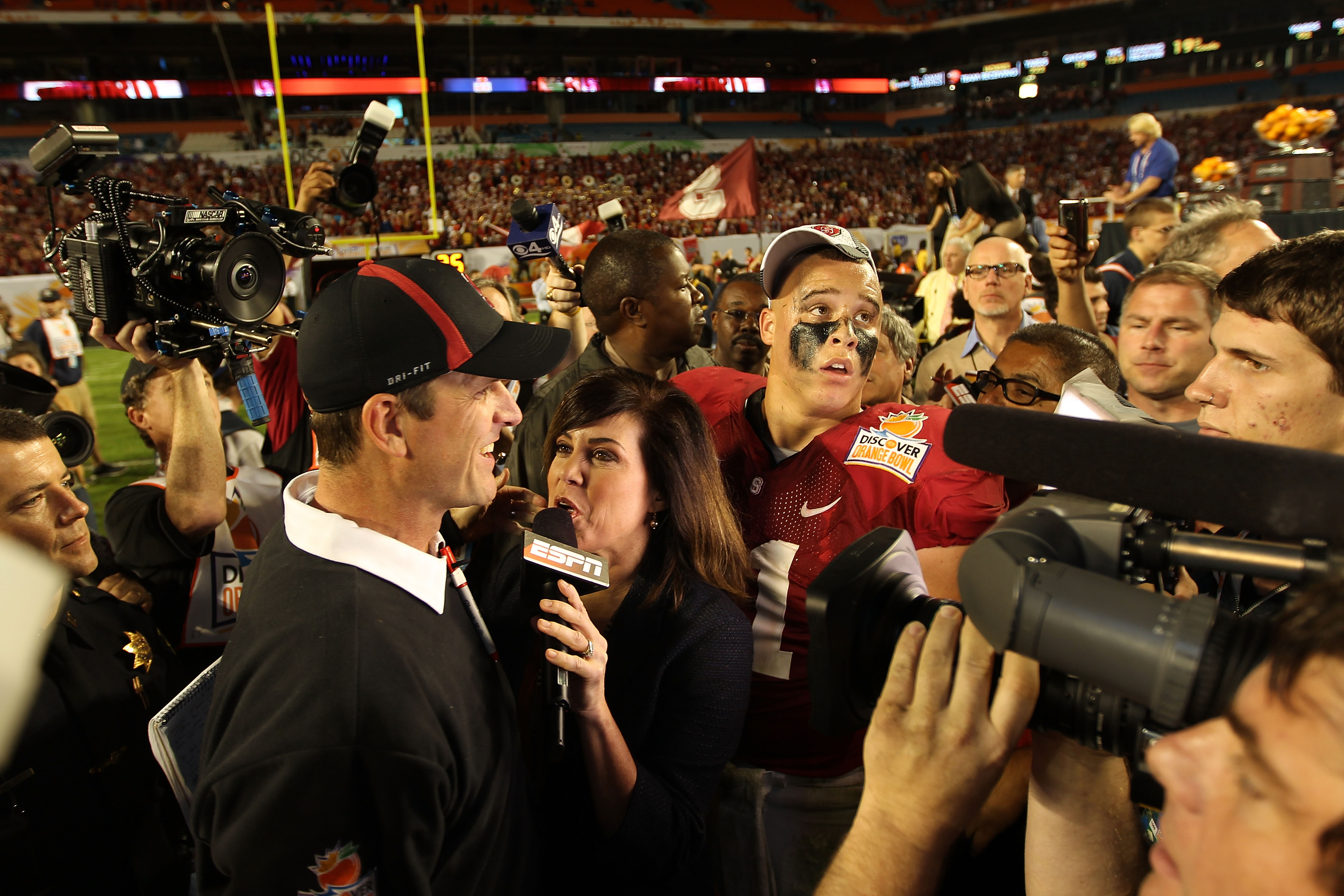 In his final game as coach of Stanford, Jim Harbaugh continued to show his ability to run a successful offense.

Granted, he had a great quarterback in Andrew Luck, but all season long he utilized having a balanced offense.

He took after his brother John by establishing a good running game with a great offensive line. He has similar weapons to work with in San Francisco, which could make this offense a very dangerous unit in the next few seasons. 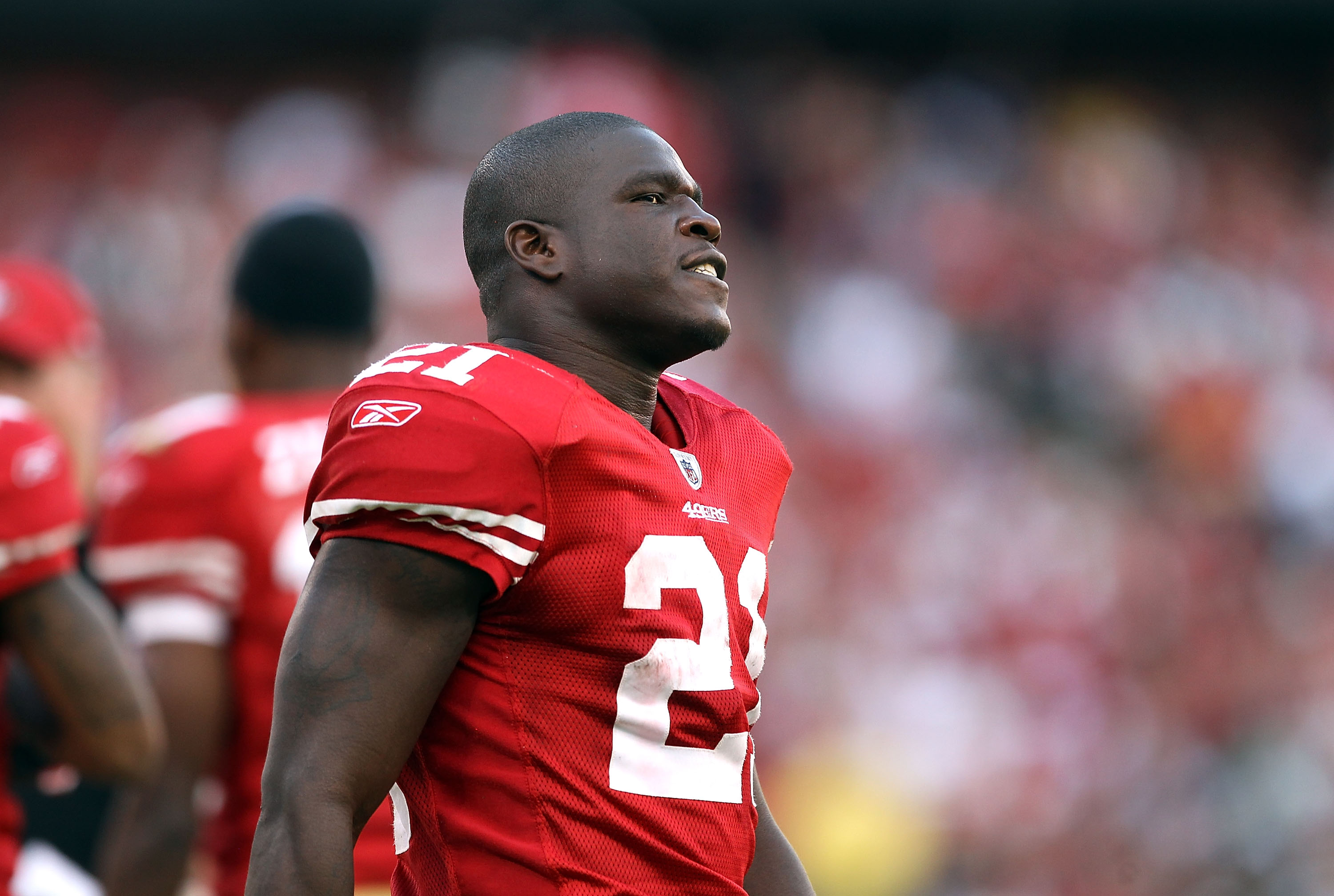 In his first season as head coach, there should be confidence Jim Harbaugh will want to be a running team first in his offensive gameplan.

Letting Frank Gore lead this offense isn't a bad idea at all. Despite the tendency of dealing with injuries, Frank Gore is one of the best running backs in football when at full strength.

The offensive young is a young unit that is on the rise, and with a few upgrades in the off season Gore could be a huge part of the gameplan for Harbaugh.

6. Harbaugh Will Take Charge Of All Players, Coaches Gameplans 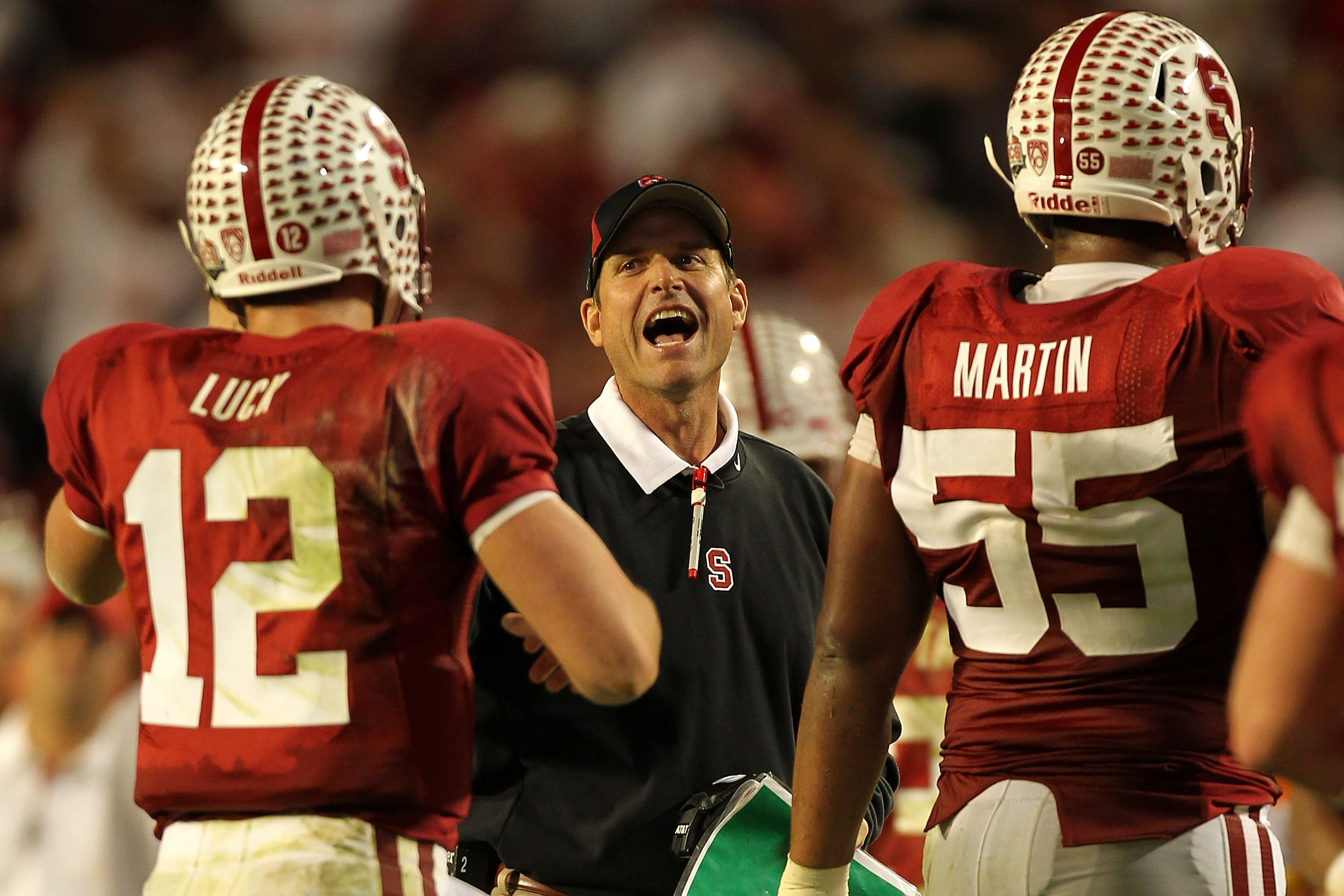 The reason Harbaugh was an attractive coaching candidate for many teams was because of his ability to control all of the main aspects of the team.

Harbaugh takes control in all of the gameplans, a quality that his brother seems to lack in Baltimore.

He should be able to control the potential ego's of Vernon Davis, Michael Crabtree, and others.

Harbaugh will be respected by his players for taking charge of the locker room and to have full belief in his gameplans on both sides of the ball. 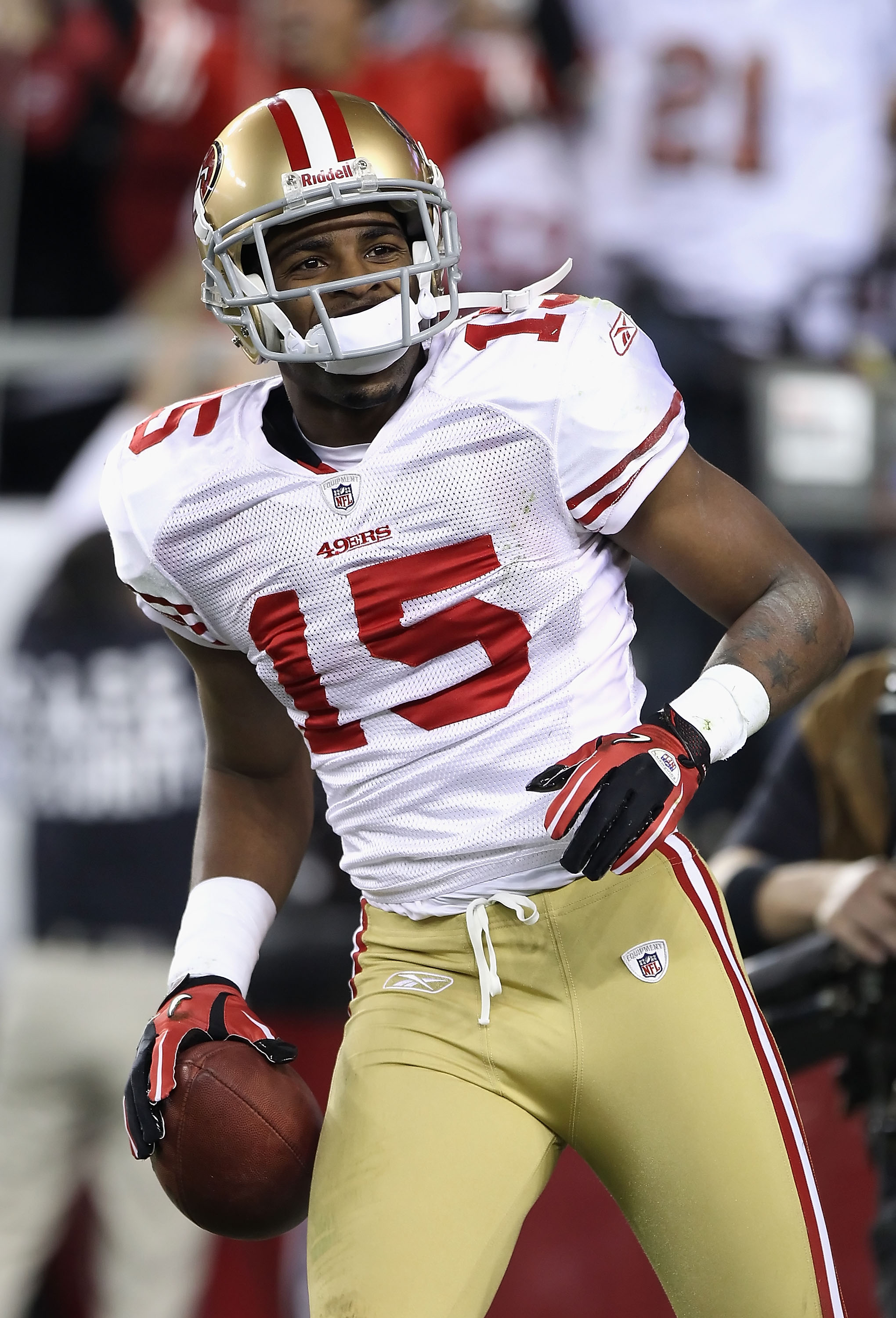 One of the main causes to the downfall of the 49ers was the inability to use receiver Michael Crabtree and tight end Vernon Davis in key situations.

Both of these offensive weapons were unable to be utilized to their potential down the stretch, especially in the loss to the St. Louis Rams that eliminated them from playoff contention.

It shouldn't matter who the quarterback will be. A balanced offense in San Francisco should feature the top weapons getting as many opportunities as possible to be successful. 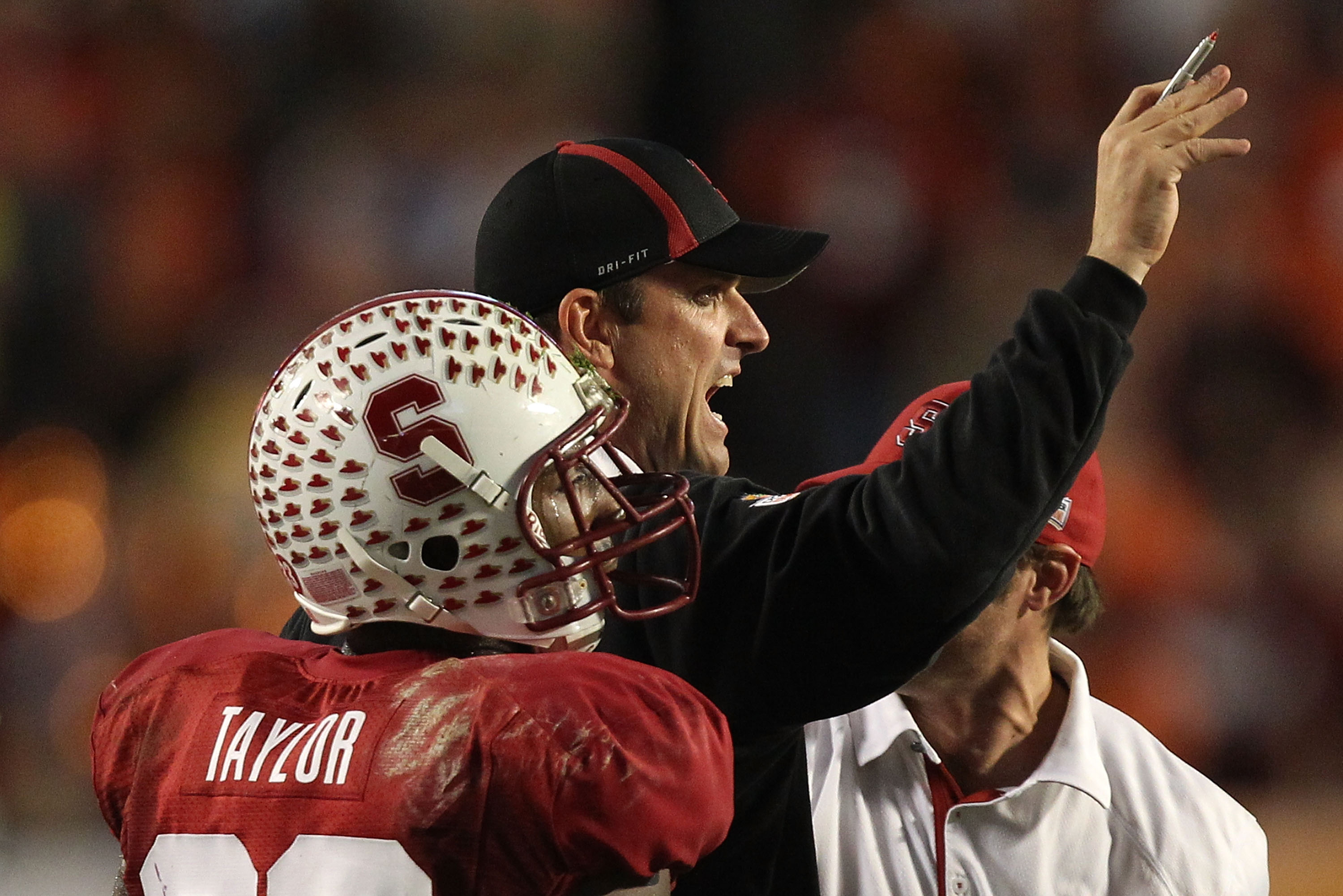 Jim Harbaugh enterance into the NFL will bring a lot of respect not only from players, but current coaches who could join the roster.

Harbaugh has built up a great connection with his current and former coaches at Stanford, with already many of them being linked to joining Harbaugh at San Francisco.

Don't be surprised to hear some high profiled assistants possibly joining Harbaugh as well due to the potential contender the 49ers could be become with Harbaugh as coach.

2. Harbaugh Will Coach Up Defense, Will Let Them Live Up To The Hype In 2011 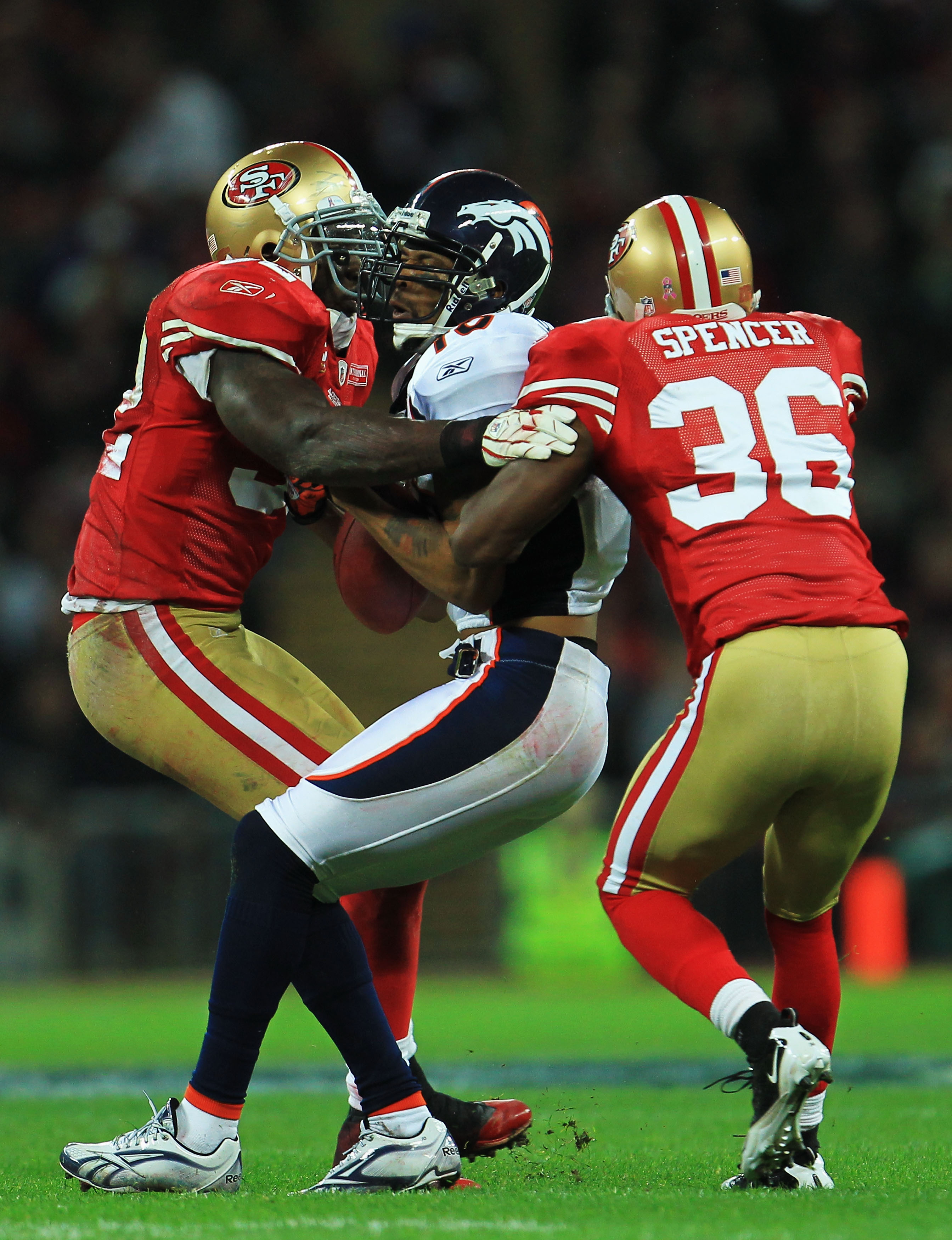 Heading into the 2010 season the San Francisco 49ers defense was hyped by the media as one of the more surprising units in the league.

They were surprising alright, and for the wrong reason. San Francisco had trouble stopping opposing offenses outside of the weak NFC West division.

Linebacker Patrick Willis headlines the young talent on defense that Harbaugh now has to work with.

I expect the 49ers defense to be very good against the run, and their secondary will improve next season under Harbaugh.

The 49ers Will Begin 2011 NFL Draft With Success 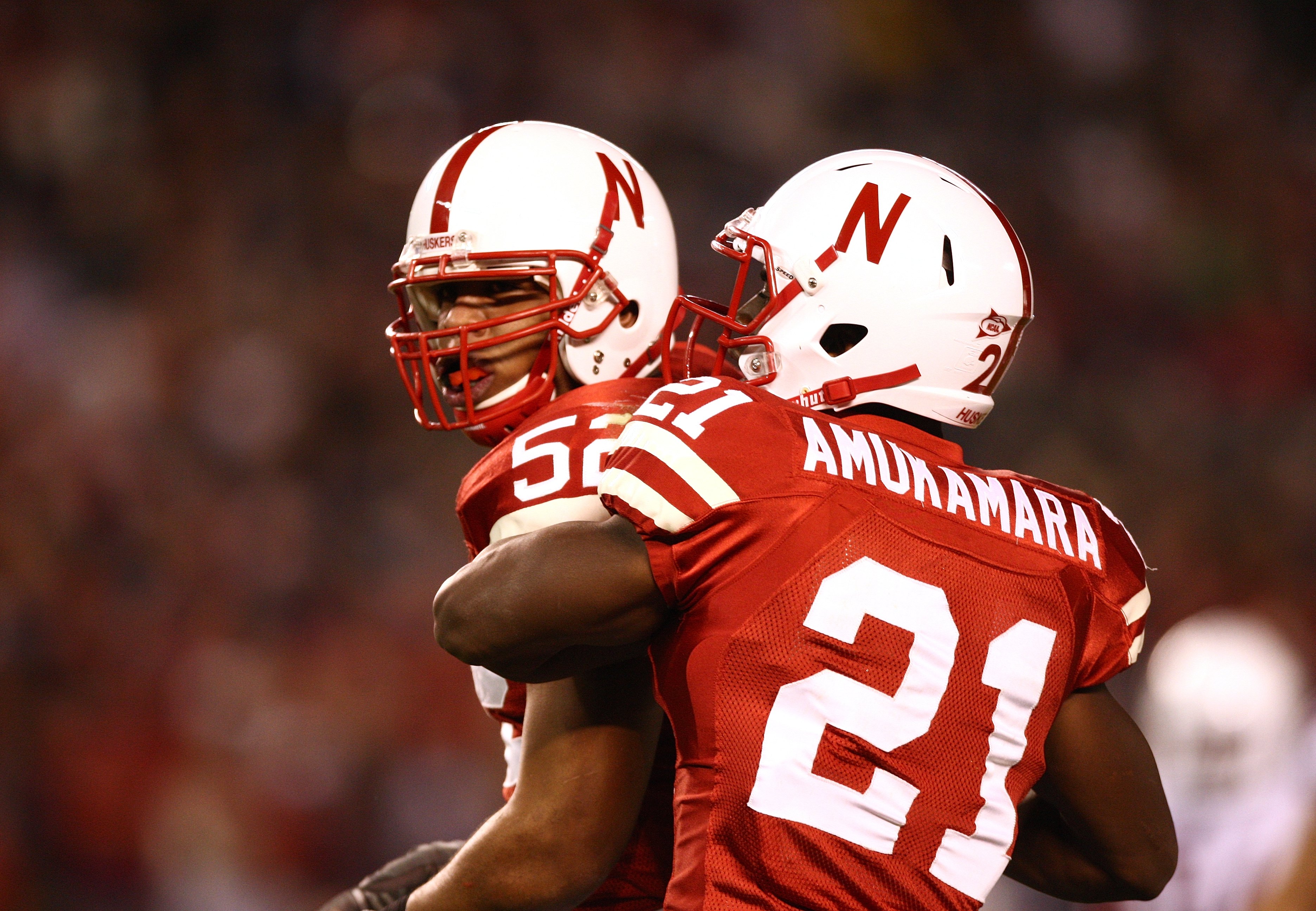 Jim Harbaugh and the 49ers will begin their successful run by filling up needs through the 2011 NFL Draft.

I see either corner back or quarterback being drafted with their first round pick, as corner back Prince Amukamara seems to be the likely choice to fill the void on the defensive side.

There are needs on the defensive side that need to be addressed along with the quarterback position. Whatever needs aren't fixed in free agency I expect Harbaugh and the 49ers front office to get the job done through the draft.

1. Harbaugh Will Bring a New Quarterback To The 49ers Organization 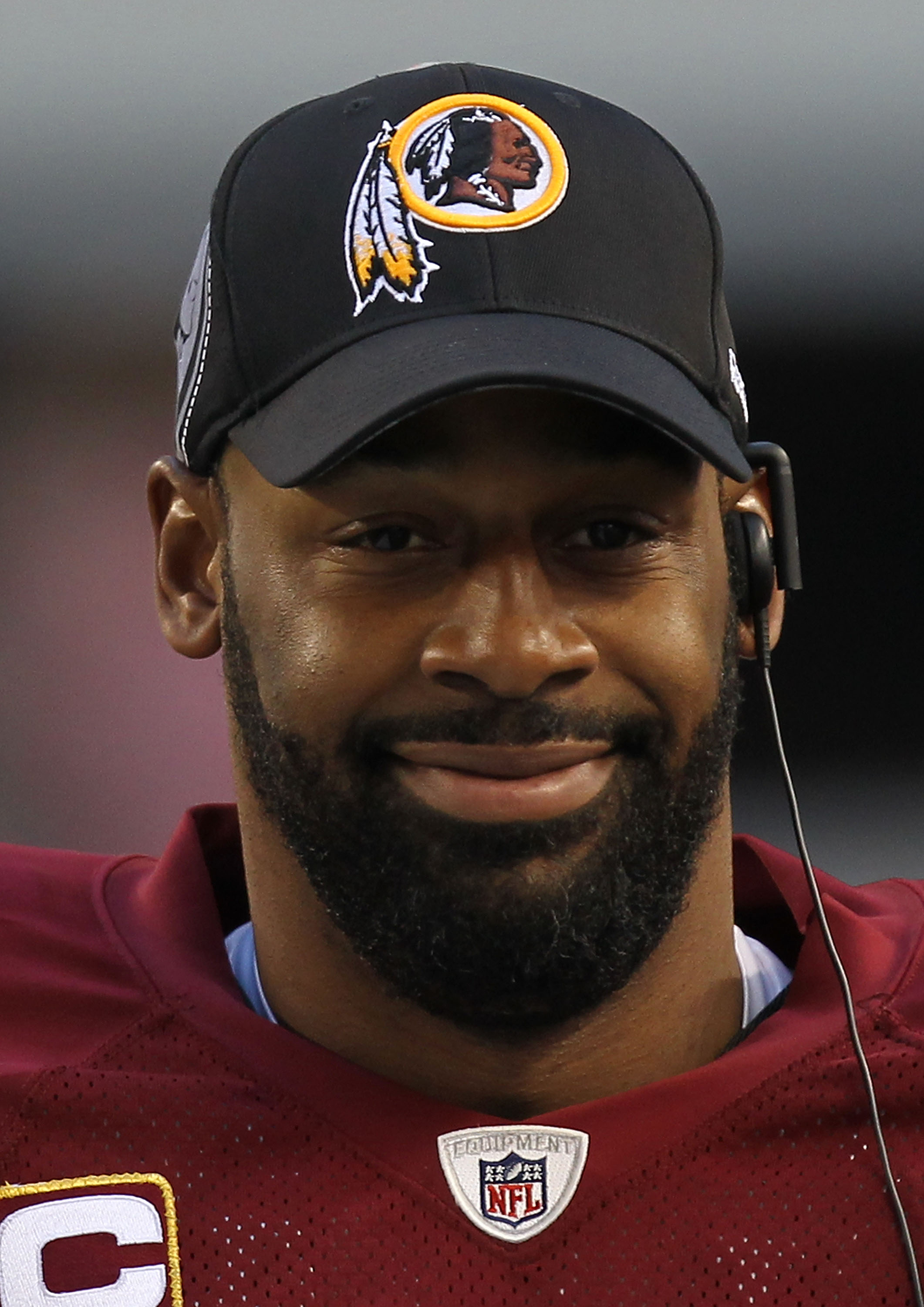 By the time the 2011 NFL season rolls around, what Jim Harbaugh and the 49ers will accomplish is a new quarterback to lead this franchise in the near future.

Whether it is veterans Donovan McNabb or Kyle Orton, and possibly Ryan Mallett through the draft, there will be a new quarterback in San Francisco that should create buzz among the team and the fan base.

There is no reason to believe the 49ers can't win their division in 2011. A polished veteran or an NFL-ready rookie at quarterback could lead to a great deal of success in Jim Harbaugh's first season as head coach.