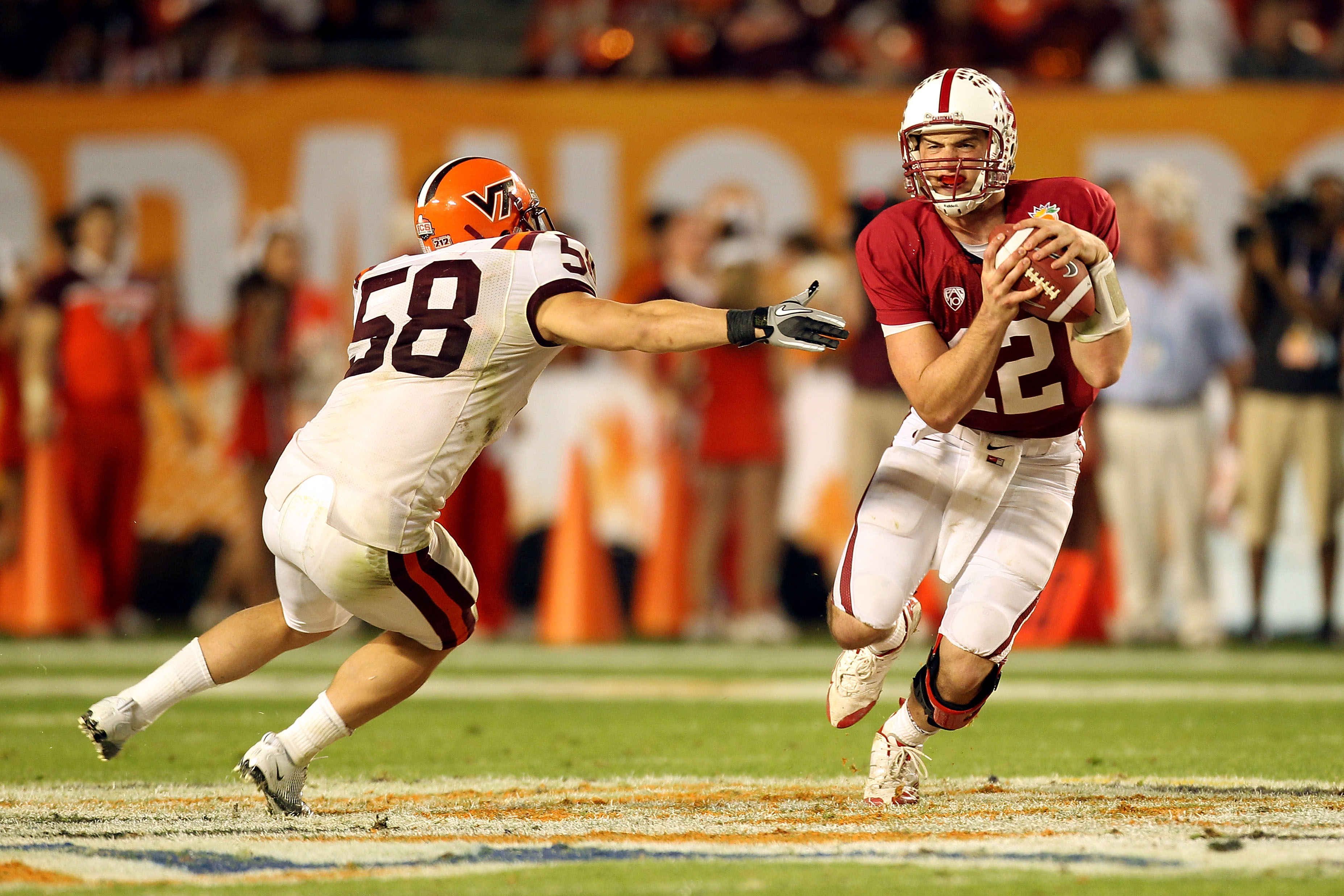 On Thursday, Andrew Luck announced that he would be remaining at Stanford to complete his degree.

In doing so, he messed up every mock draft that has been in circulation the last few weeks (mine can be read here). He also hurt every team looking to draft a quarterback.

Here is how I see the draft shaking out now that Luck is gone, and with Blaine Gabbert in.

The Washington Redskins had trouble getting sacks in 2010. They only had 23 to be exact.

Ryan Kerrigan had more than half of that at Purdue with 12.5 this season.

He also had an incredible 26 tackles for loss. The 'Skins would have an immediate use for him on their weak defense.

The Cowboys would be elated if Peterson fell to them at No. 9.

Their biggest weakness is their secondary, and either Peterson or Amukamara would help with the problem.

As a cornerback at LSU he had four interceptions and 36 tackles in 2010. He also has incredible speed and would give the Boys an additional return man if they ever decide to protect Dez Bryant from injury.

Now with the announcement that Vince Young won';t be retained for 2011 the Titans need a quarterback.

Ryan Mallet would be a great pick for them and a possible franchise quarterback.

This another pick that hasn't changed since my original mock.

The 49ers need to try another quarterback after another disappointing season from the position.

Newton won the Heisman this year after an absolutely incredible season at Auburn.

If he declares he will be the best dual threat available in the draft, and the 49ers will either take him, Ryan Mallet, or Blaine Gabbert if the Panthers pass on him.

The Browns have a lot of needs. They need a defensive end, linebackers, a free safety and wide receivers.

A.J Green, of Georgia, will be the best available player at No. 6 that addresses one of their main needs.

Green had 57 receptions for 848 yards and nine touchdowns in 2010 despite missing the first four games of the season due to suspension.

Even a brain tumor couldn't slow Robert Quinn of the University of North Carolina.

Quinn would give the Cardinals the pass rusher they need and he would fit perfectly into their 3-4 system.

In 2010 Quinn recorded 11 sacks and showed he has great athleticism and technique.

This pick hasn't changed since my original mock because Dareus is a player who fits perfectly for the Bengals.

Their biggest need is a strong defensive tackle who can play every down. Dareus, of the University of Alabama, is that man.

In 2010 he recorded five sacks and 33 tackles. Playing alongside Carlos Dunlap he would help form what the Bengals would hope to be the core of their defense.

With this pick they could take Da'Quan Bowers, Fairley, or Peterson.

However, I think Bowers will be gone, and Fairley would help them with their awful pass rush.

Fairley was the star of the defense on this year's Auburn Tigers squad and accumulated an amazing 11 sacks and 55 tackles.

Many people expect the Bills to take a quarterback, particularly Cam Newton, but I expect them to give Ryan Fitzpatrick at least another season after he performed decently in 2010.

Bowers was a unanimous All-American defensive end in his junior season.

He would give the Broncos a pass rusher their defense desperately needs, among other things.

His 16 sacks and 24 tackles for loss for Clemson in 2010 were off the charts. He would be able to start immediately for the Broncos in 2011.

The Panthers need a quarterback, and when Andrew Luck decided to return to Stanford Blaine Gabbert of Missouri became the draft's best quarterback.

Of course Ryan Mallet will battle him for that honor, and much is still to be determined in pre-draft workouts.

Another option is that the Panthers could try to trade their pick for a veteran quarterback. Among their options might be Vince Young, Donovan McNabb and Kevin Kolb. The Panthers were greatly hurt by Luck's decision as this draft no longer has a sure fire quarterback.