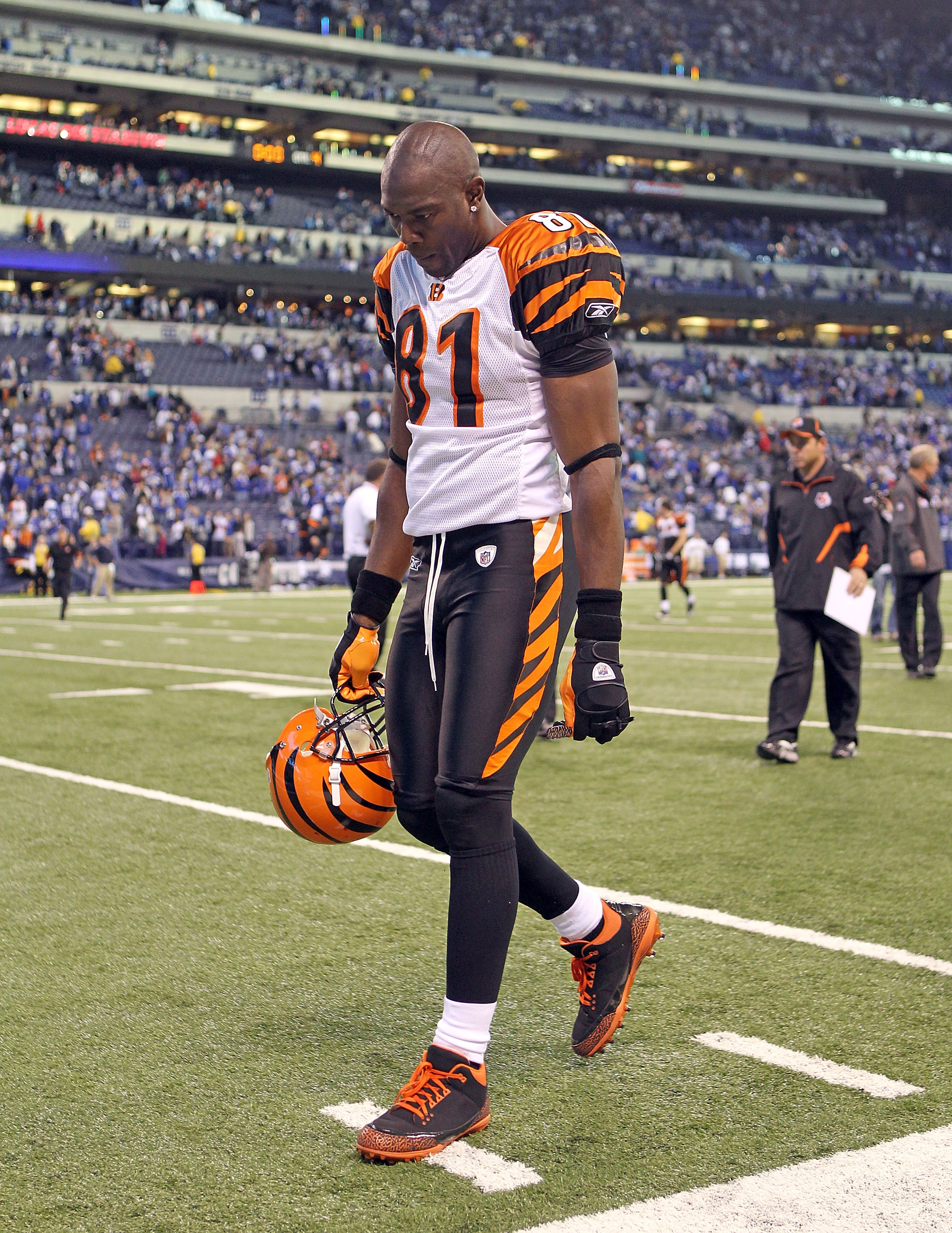 The Cincinnati Bengals had an interesting 2010. They started the year with a disappointing loss to the Jets in the playoffs. They were picked to go to the playoffs again in 2010 but ended up with another losing season and dropping nine straight games.

There were many failures witnessed by Bengal Nation but there were some highlights. 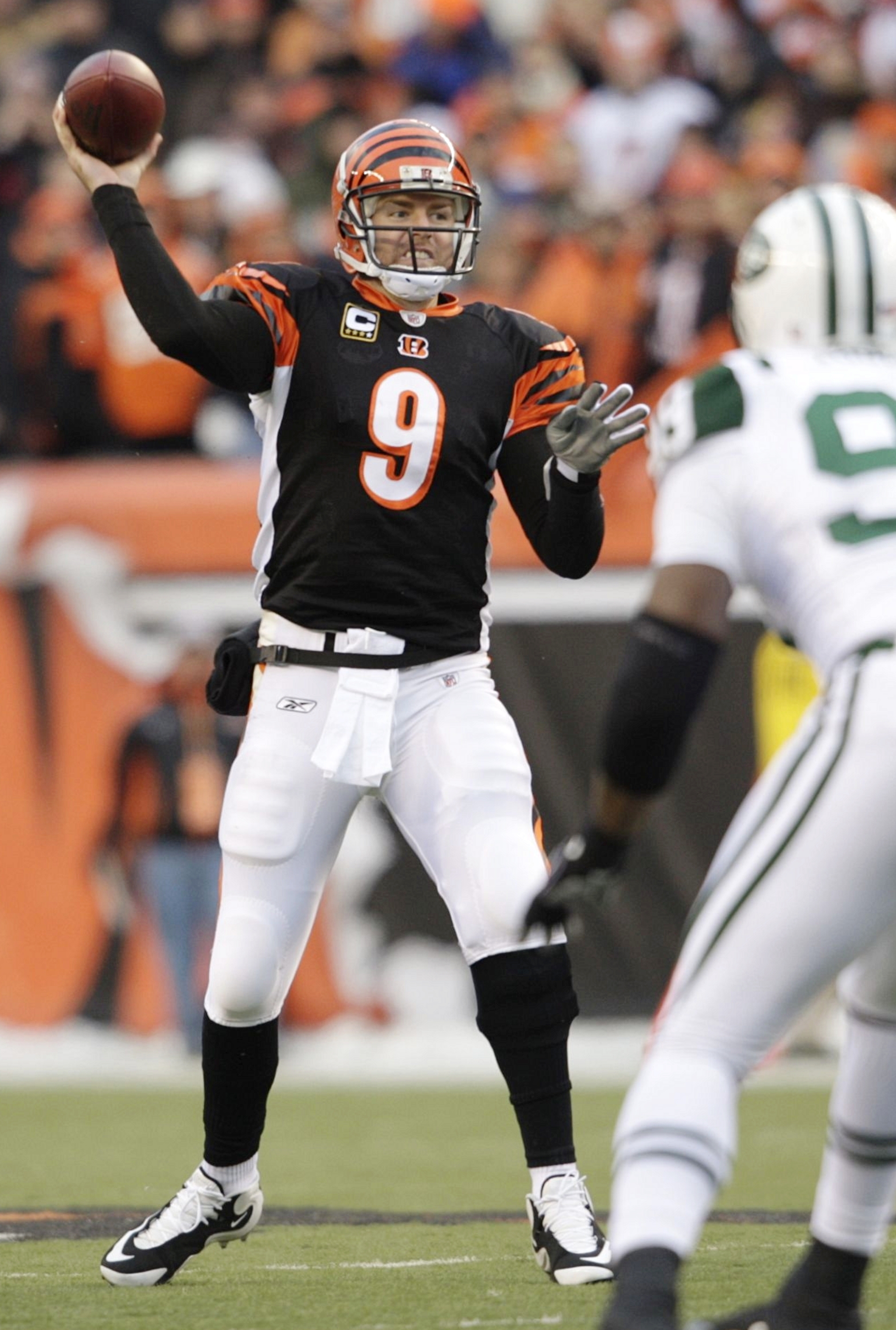 The Bengals had a good season in 2009 and made the playoffs. On January 9th, the game was played in Cincinnati against the New York Jets.

After the first quarter, it looked good for the Bengals when they were up 7-0. The Jets went on to score 21 straight points and finished the Bengals season with 24-14 victory.

2. Marvin Lewis Was Named AP NFL Coach of the Year 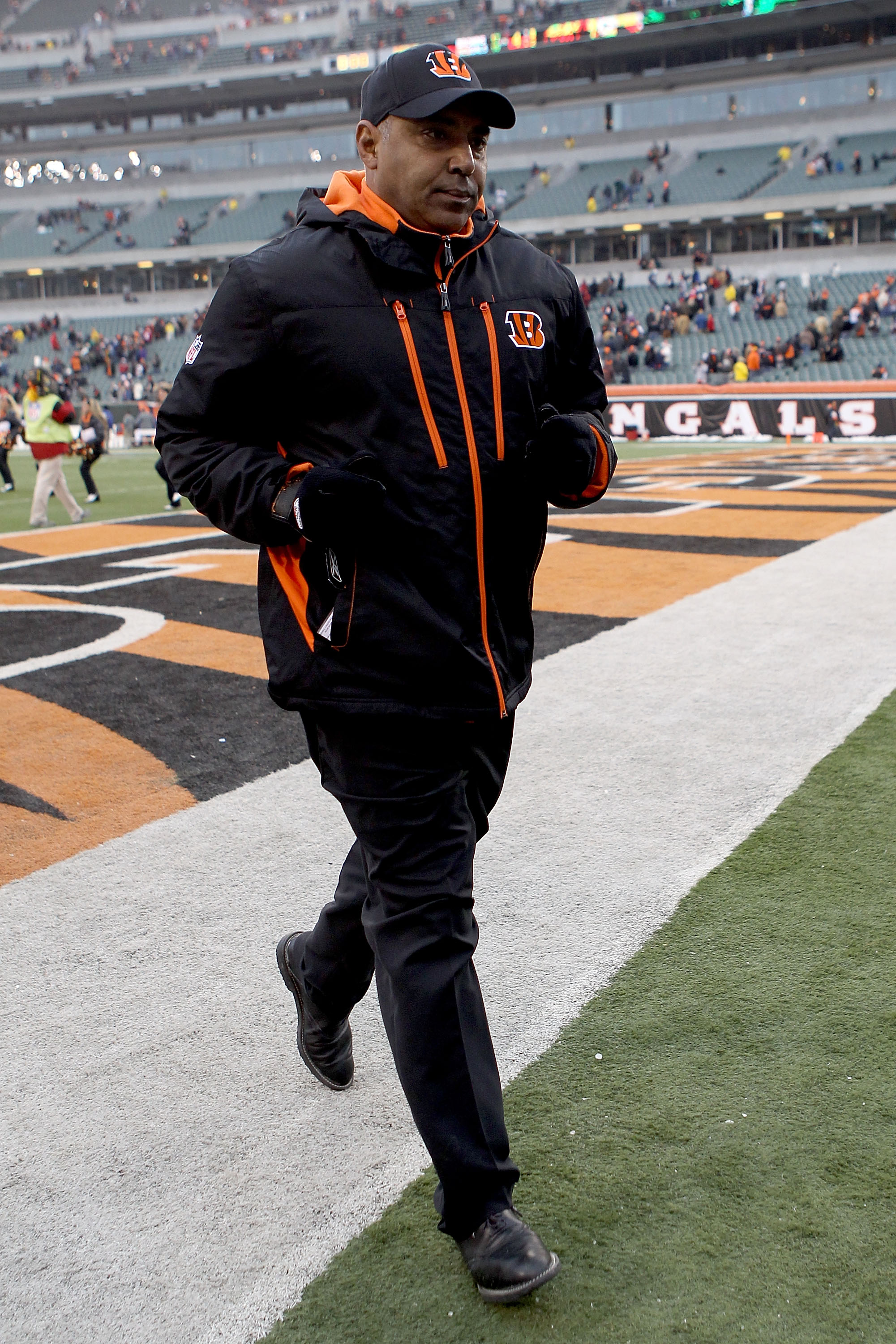 On January 16th, Marvin Lewis was named the NFL’s Coach of the Year by the Associated Press.

The only other Bengal coach to receive the honor was Paul Brown who was earned the award in 1970.

Lewis improved the Bengals by six wins, won the AFC North, and overcame two off-the-field tragedies (the death of Vikki Zimmer, the wife of defensive coordinator Mike Zimmer and the death of Chris Henry). 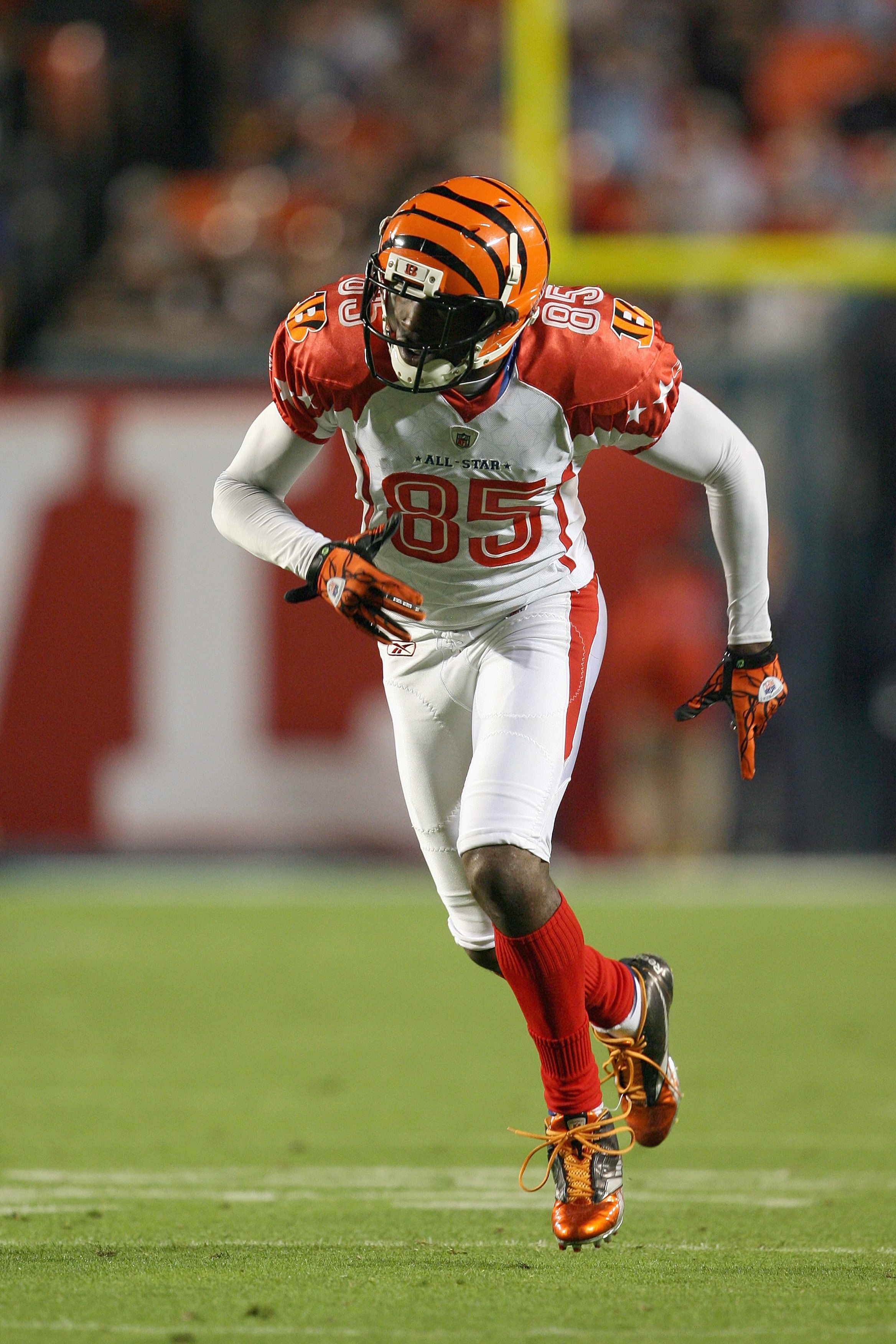 On February 9th, Chad Ochocinco played in the Pro Bowl.

Those stats helped Ochocinco back into his sixth Pro Bowl when both Wes Welker and Randy Moss were unable to play due to injuries. The six Pro Bowls tied Ochocinco with cornerback Lemar Parrish for the second-most in team history. Hall of Fame great Anthony Munoz is first with 11.

Ochocinco did not catch a ball in the game. 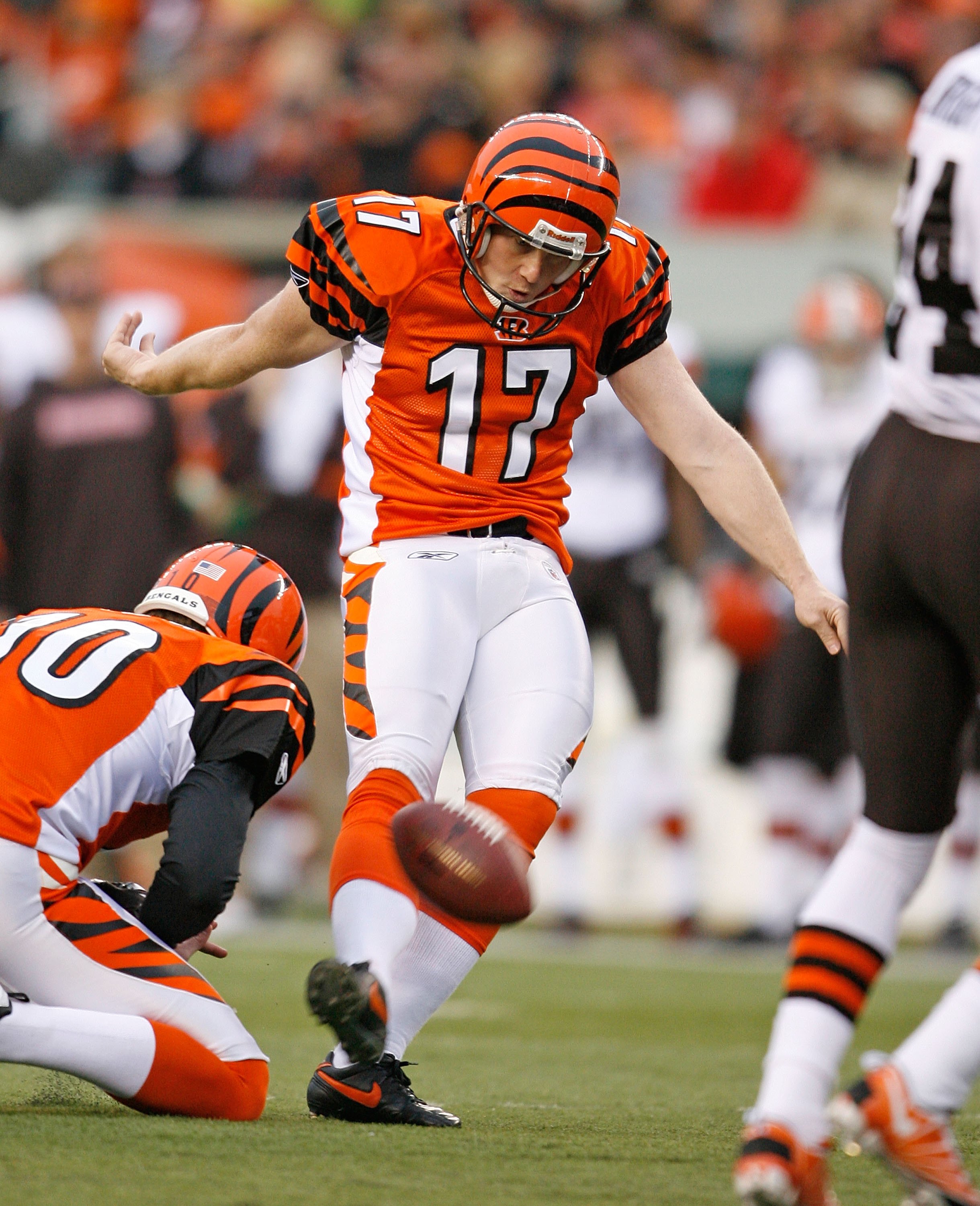 Shayne Graham is one of the most accurate kickers in NFL history. With the Bengals, he had a reputation for missing big kicks. Graham missed two field goals in the AFC Wild Card loss to the Jets.

On March 5th, Graham's time with the Bengals was over when he became a free agent. Click here to see why he wasn't missed.

After a brief stint with the Giants, Graham signed on with the New England Patriots on November 9th,. He won't be back with them next year and the Bengals will be looking for a new kicker. Graham could be a Bengal again. 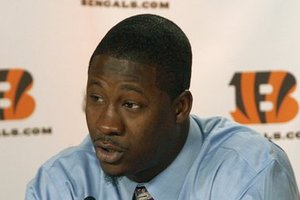 On March 10th, Antonio Bryant and the Bengals agreed to a four-year deal worth $28 million with incentives for another $1 million. Unfortunately, the Bengals medical staff was unaware that Bryant has a bad knee and would not be able to play.

After everyone knew of the injury, the Bengals allowed Bryant to practice during the first day of camp which prevented them from putting Bryant on the Physically Unable to Perform (PUP) list. Without the roster exemption that the PUP list would have allowed, they had to keep him on the roster or dump him.

The Bengals cut him thus paying Bryant for nothing. When it was all said and done, Antonio Bryant did not play one down for the Bengals and raked in $7 million. This will go down as one of the most embarrassing deals in Bengal history.

6. Chad Ochocinco Dances With The Stars 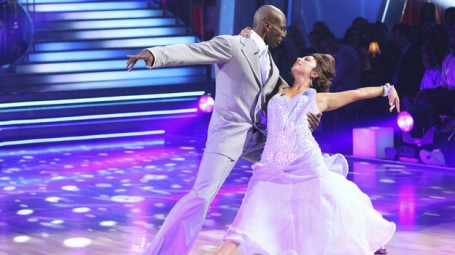 On March 23rd, Chad Ochocinco made his "Dancing with the Stars" debut.

Ochocinco's run came to an end on May 18th. The Bengals receiver made it to the final four pairings, but he and partner Cheryl Burke were eliminated. 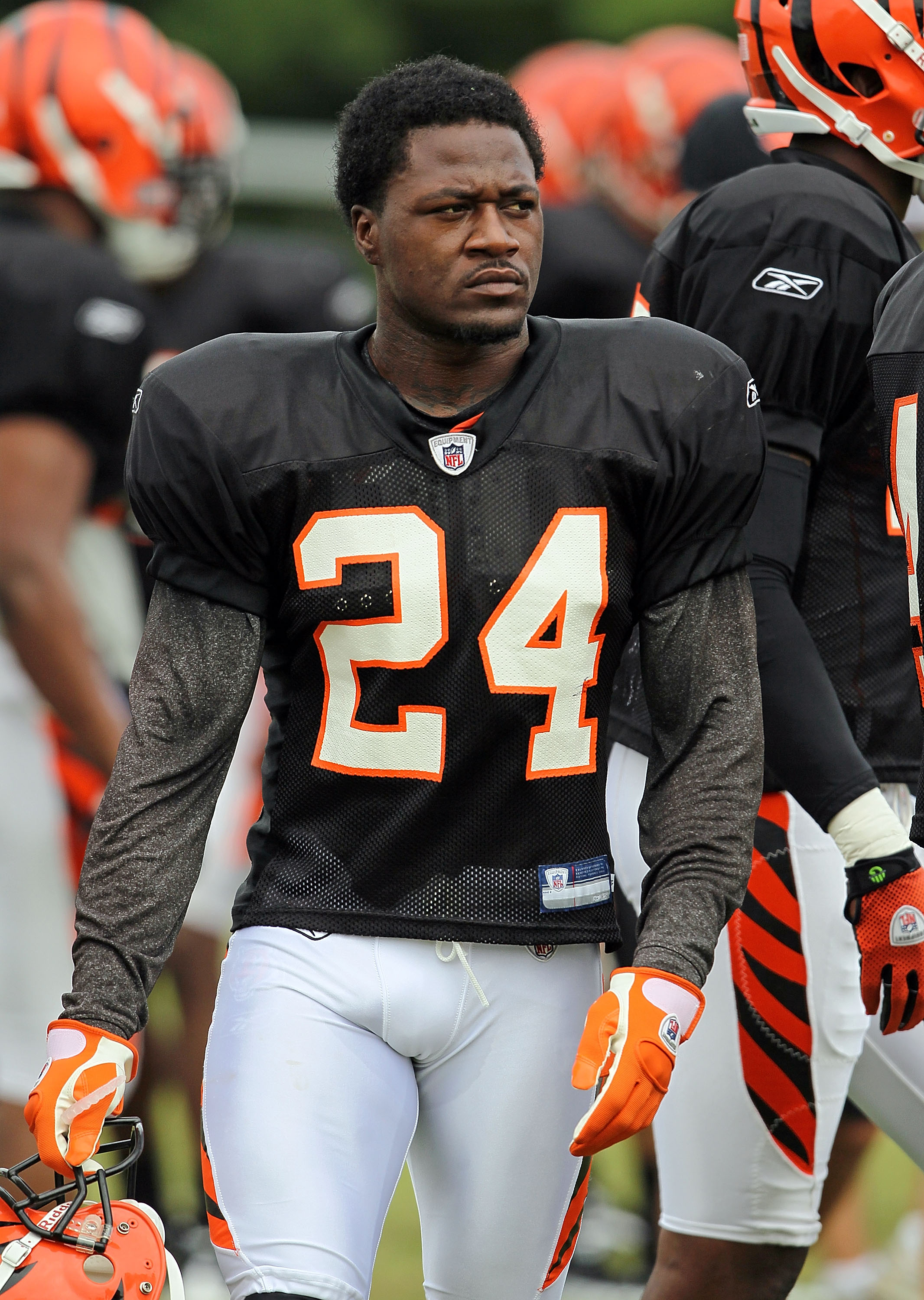 On May 10th, the Bengals signed Adam "Pacman" Jones to a two-year contract. Click here for a list of reasons why they signed Jones.

Jones only played in five games for the Bengals. He had one interception and scored a touchdown against the Atlanta Falcons after he forced a fumble.

On October 26th, the Bengals ended Jones' season when he suffered a herniated disc. Jones will be back in stripes next season. 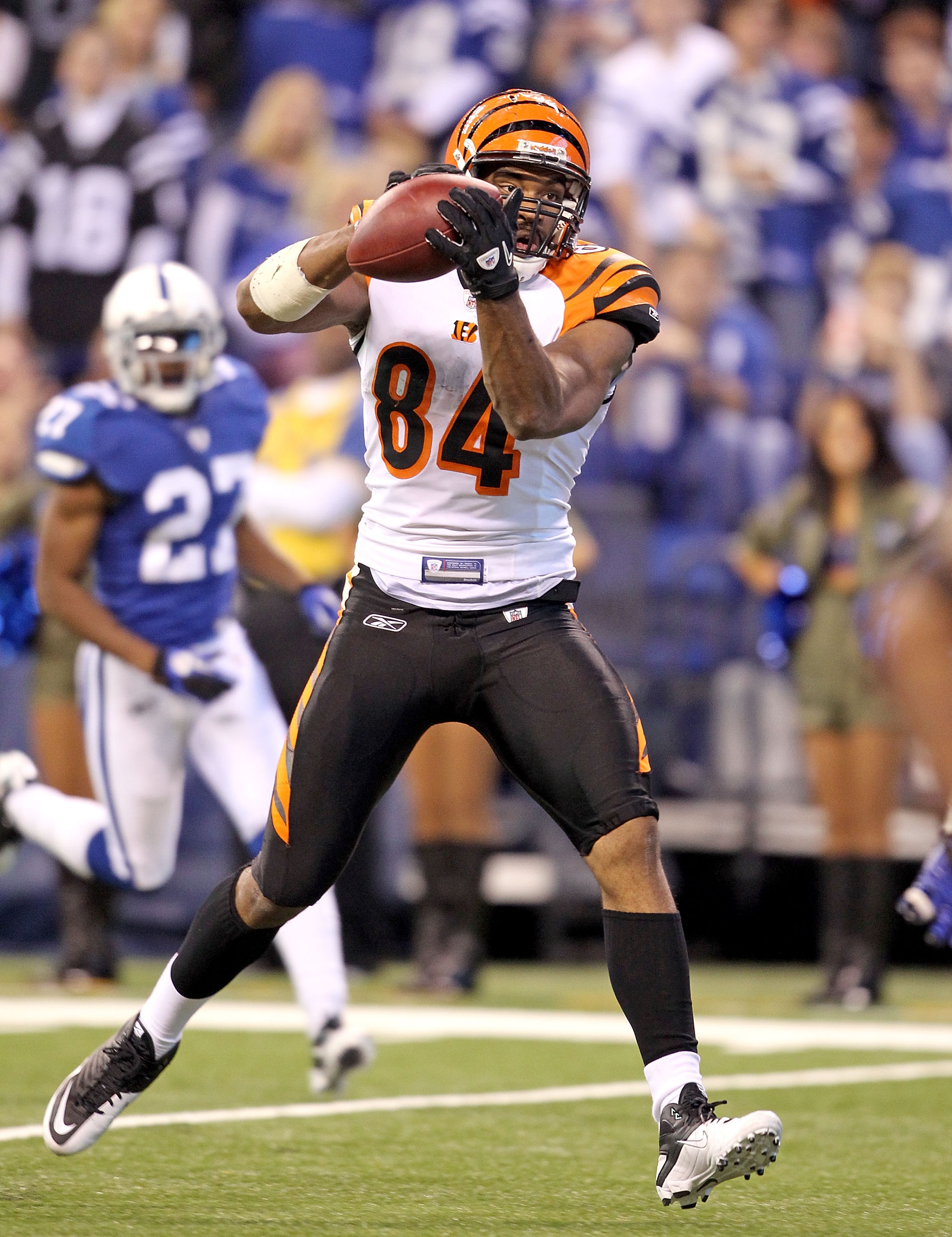 In the 2010 NFL draft, the Bengals took these players:

Click here for some questions asked after the draft.

One thing that the Bengals actually did well in 2010 was in the draft last April.

Jermaine Gresham, Carlos Dunlap, Jordan Shipley and Geno Atkins all look like a good core to build upon for the future. Gresham and Dunlap may be impact players in 2011. Roddrick Muckelroy and Brandon Ghee could be productive players, also. 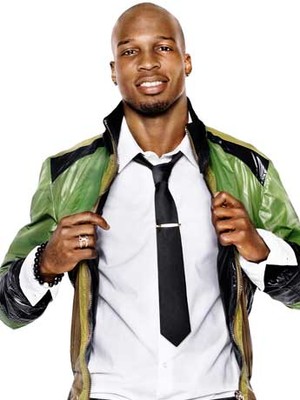 On July 11th, Chad Ochocinco's reality show was first seen by the world. The show was called "The Ultimate Catch". Some lady named Rubi won. 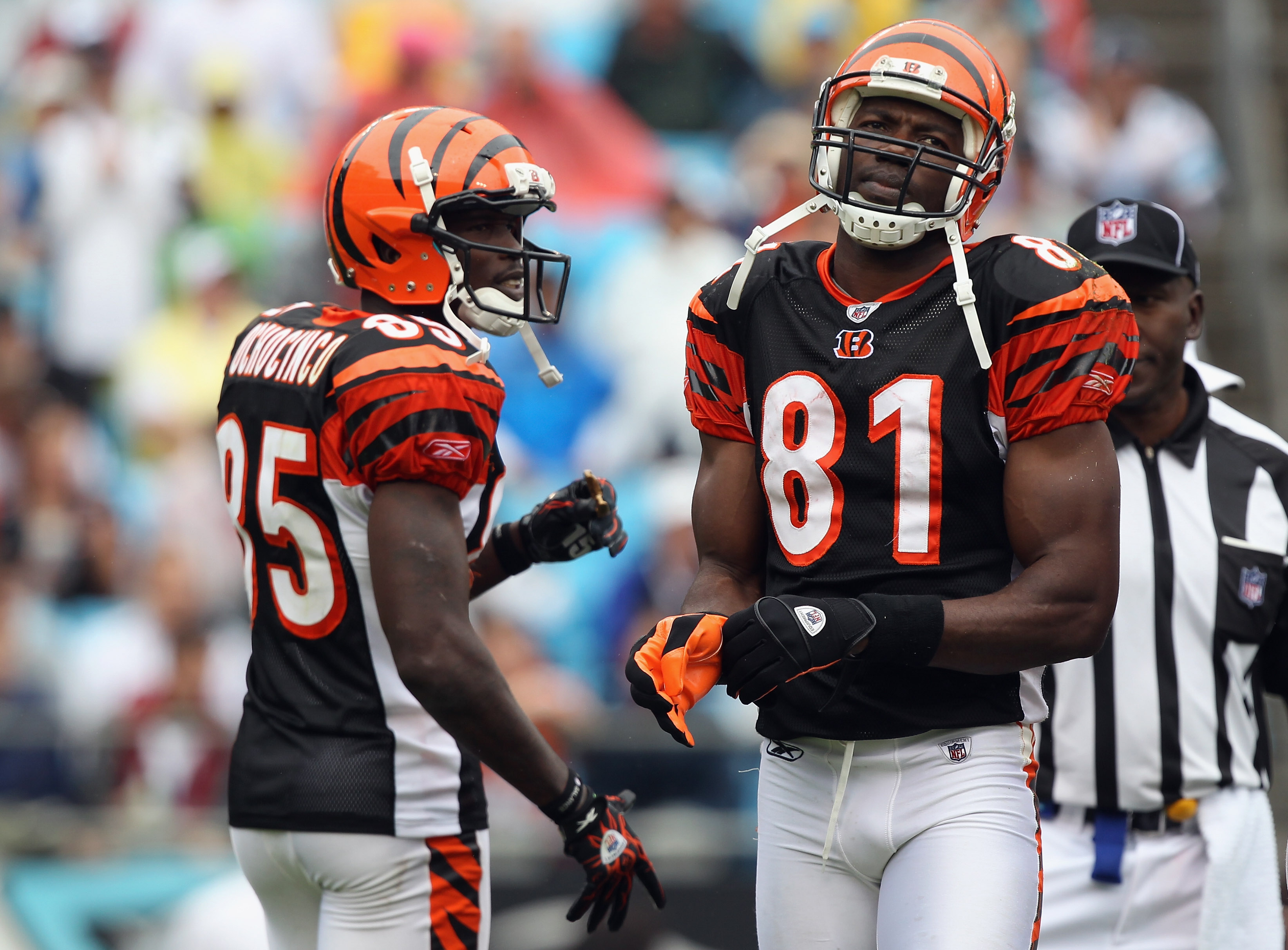 Here are the highlights of Owens' time spent with the Bengals:

July 27th - The Bengals signed Terrell Owens to a one-year, $2 million contract with $2 million available through incentives based on receptions, yards, and touchdowns.

November 8th - Owens had 10 catches for 141 yards against the Pittsburgh Steelers.

December 19th - The Bengals ended Owens' season when they placed him on injured reserve with a torn meniscus in his left knee. Owens ended up with 78 catches for 983 yards with nine touchdowns.

The Bengals are not expected to re-sign Terrell Owens. 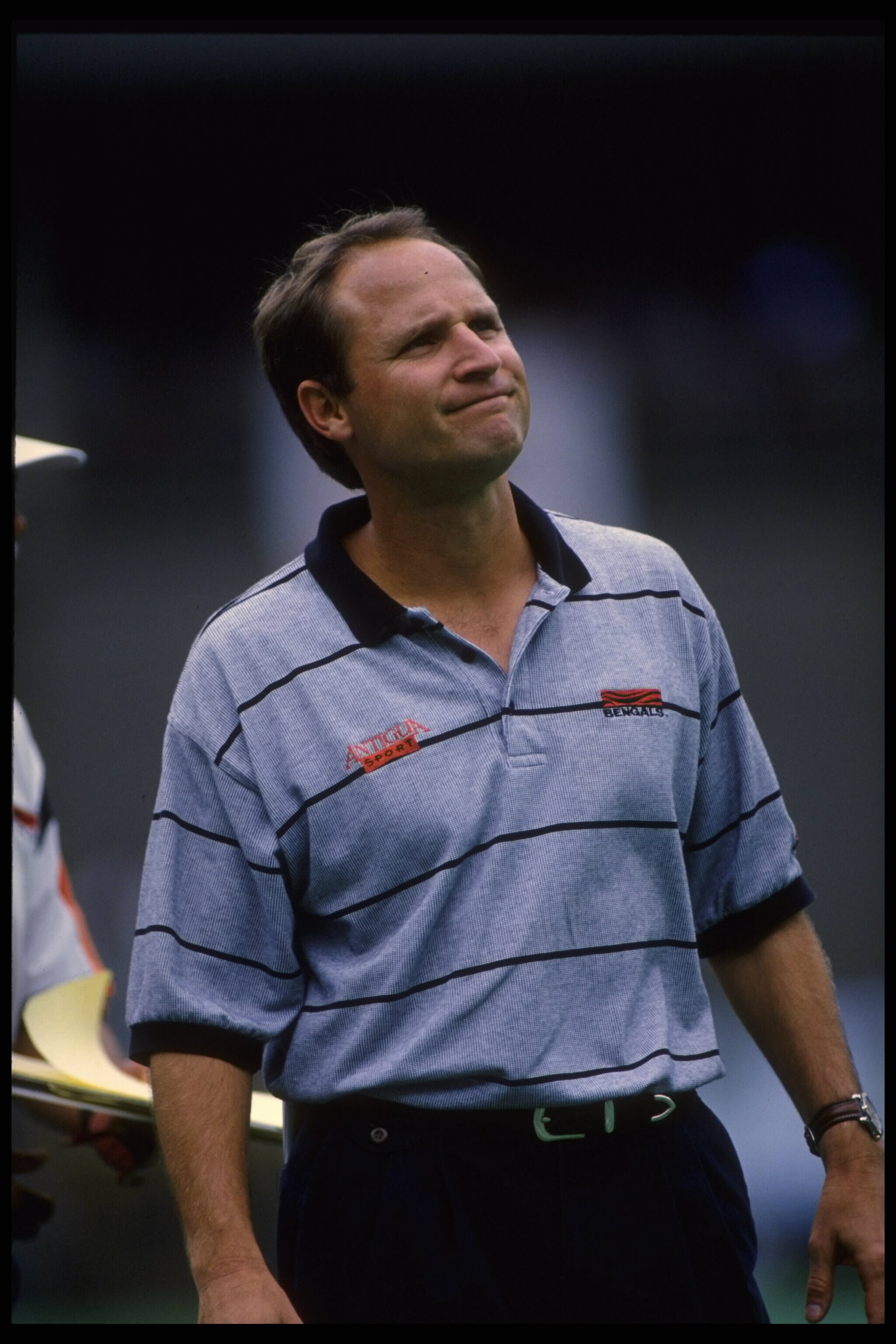 On October 3rd, the Bengals lost to the Browns 23-20. That started a ten game losing streak for the Bengals.

The losing streak tied the team record set by the Dave Shula's 1993 Bengals. 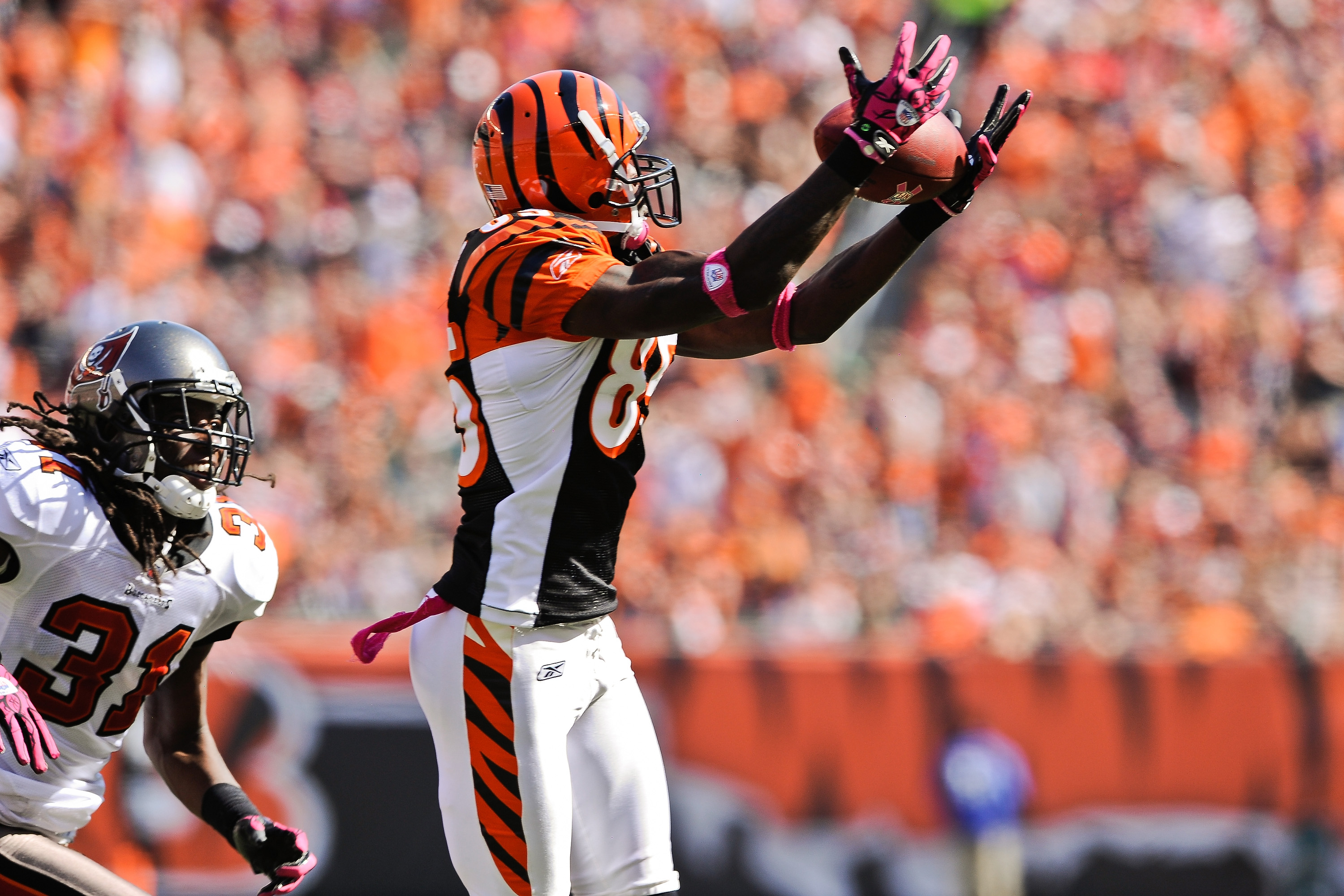 On October 24th against the Atlanta Falcons, Chad Ochocinco hauled in an eight yard touchdown pass from Carson Palmer. That was Ochocinco's 64th for his career which was one more than Carl Pickens for most receiving touchdowns in Bengals history. 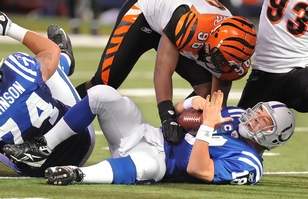 Carlos Dunlap gets his first sack

Rookie defensive end Carlos Dunlap was the best player on the best defense in the country at Florida. His biggest issue was his work ethic. When the season started, Dunlap had trouble getting on the field. Dunlap didn't make his first NFL tackle until October 24th. On November 24th, Dunlap sacked Peyton Manning for his first NFL sack.

Now, Dunlap leads the Bengals with eight sacks this season. There is no doubt that Dunlap is the best pass rusher on the Bengals. He has to work to do but watching a full season of Dunlap is one reason to be excited about the 2011 season. 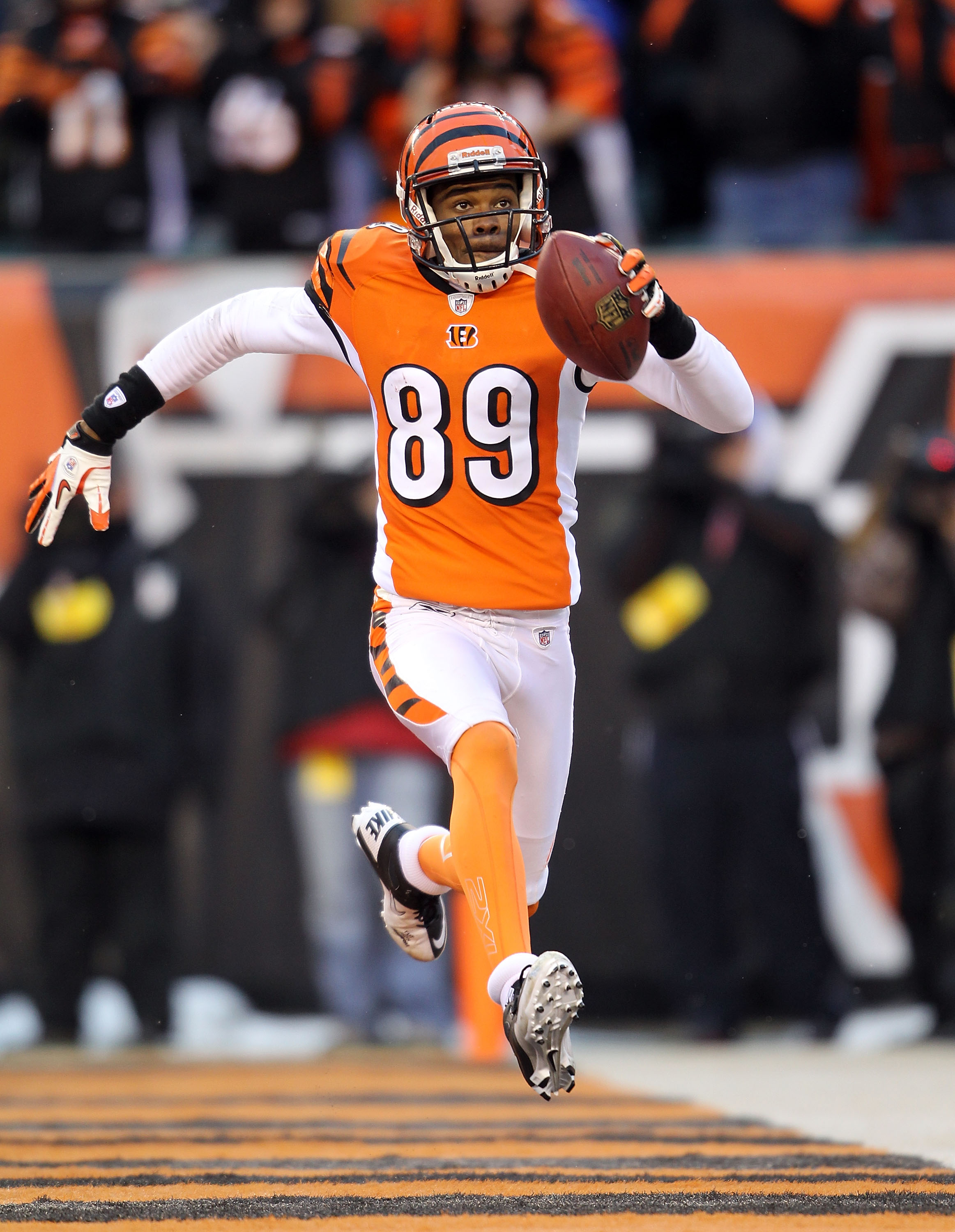 Another second round pick who had trouble getting on the field is Jerome Simpson. Simpson has always had veteran receivers in front of him blocking his growth. Aside from Chad Ochocinco, Simpson could not beat out T.J. Houshmandzadeh in 2008, Laveranues Coles in 2009, and Terrell Owens in 2010.

That changed at the end of the season when Owens went down on December 19th. The Bengals had to play him. Simpson responded with two catches for 30 yards against the Cleveland Browns.

On December 26th in his next game, Simpson broke out with six catches for 124 yards and two touchdowns against the San Diego Chargers.

Hopefully, the Bengals won't block Simpson with another veteran receiver in 2011. 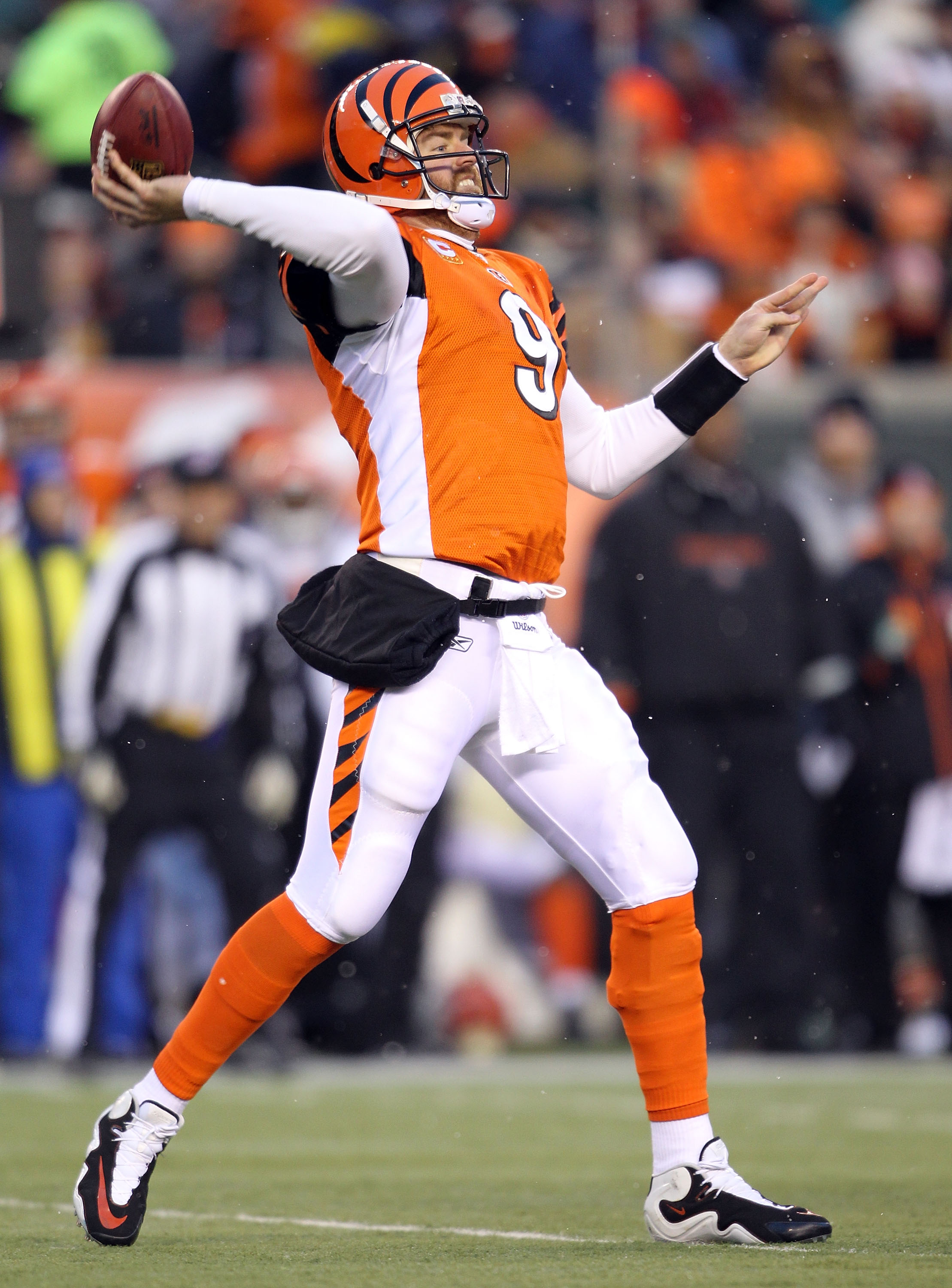 On December 26th, Carson Palmer had his best day in the NFL. He completed 16 of 21 passes for 269 yards and four touchdowns against the Chargers. The Bengals won their second straight game.

Without Batman and Robin (Chad Ochocinco and Terrell Owens) and facing a top-rated pass defense trying to get into the playoffs, Palmer was on fire all afternoon. Palmer proved that his arm strength is intact with two deep balls.