Los Angeles Dodgers: Ranking the 10 Most Valuable Prospects for 2011 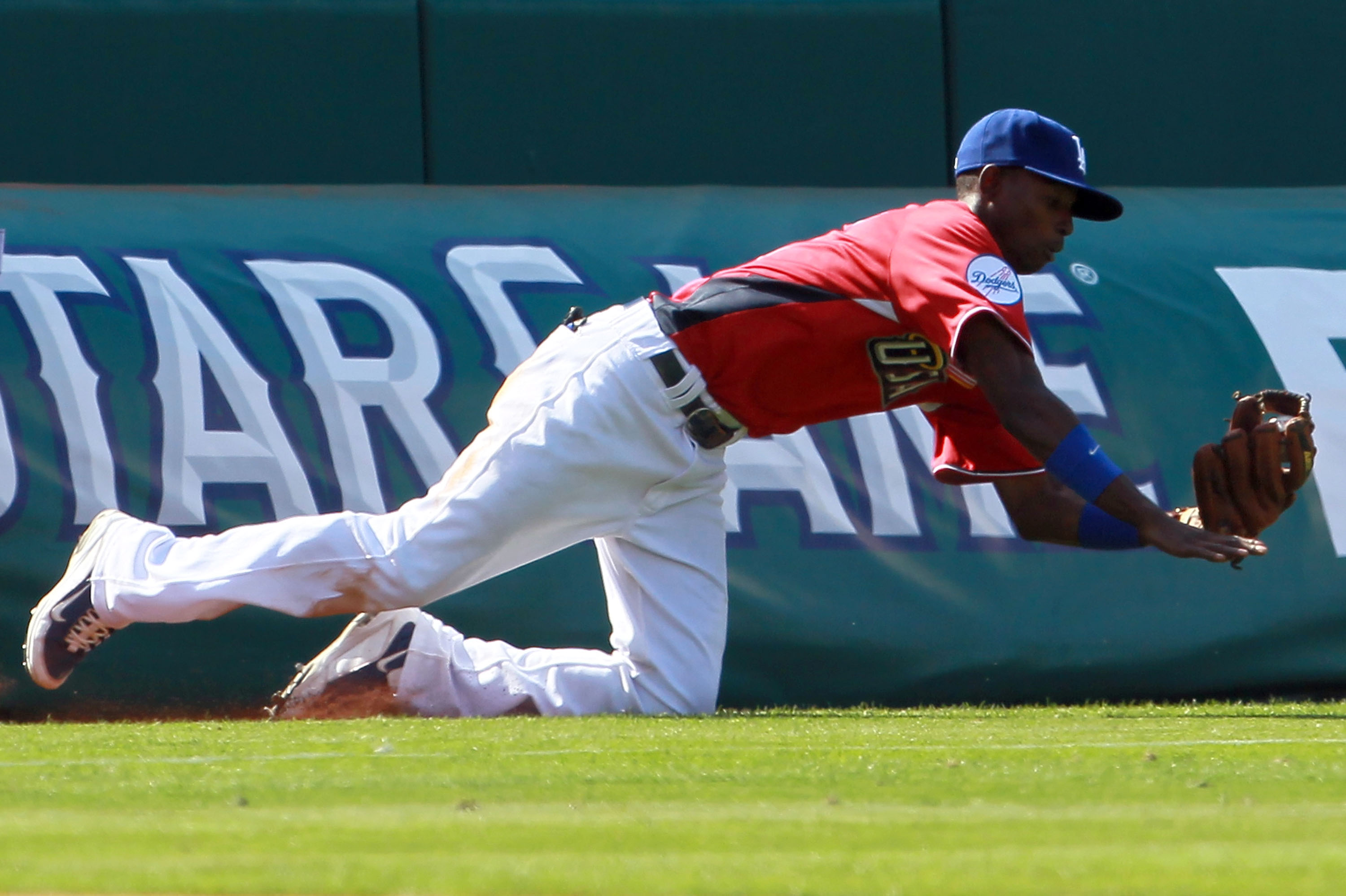 With the hot stove season already past its boiling point and the beginning of spring training less than eight weeks away, many teams across Major League Baseball continue to dot their I's and cross their T's while preparing for the long season ahead.

Buried deep within the trade rumors and the free-agent market are the teams' farm systems, and for the Los Angeles Dodgers, the next generation of future stars is both extremely talented and very exciting.

Although the number of players on the Dodgers farm who are actually major-league ready is very slim, there are at least a dozen stars who may be prepared to burst onto the scene as early as the fall of 2011 or the spring of 2012.

The minor league teams themselves within the Dodger organization continue to shine. The Great Lakes Loons, the Dodgers low Single-A affiliate, boasted the best record in all of the minor leagues in 2010. Led by manager Juan Bustabad, the Loons eventually fell to the Lake County Captains in the second round of the Midwest playoffs.

Under the guidance of first-year manager Damon Berryhill, the Dodgers' Rookie League affiliate, the Ogden Raptors, advanced to the championship series in the Pioneer League and eventually fell to the Helena Brewers in a tightly-contested series of games.

Focusing on the players specifically, the talent level of pitching is tremendous—both in terms of starters and the bullpen. The number of infield prospects who set themselves apart may be a bit on the thin side, but the stars in the outfield are plentiful and they showcase a blend of speed, power and exceptional glove work. The catching department is rebuilding, but within a full season it should be at its peak once again and have several rookies who are ready for the show.

The following slides show the top 10 most valuable prospects heading into next season and offer a bit of commentary for each player. In addition to the top 10, there's a bonus slide included which features more than 15 players broken down by position who have also soared to the top of the farm and caught the eyes of both Dodgers managers and coaches.

For classification purposes, the list shown doesn't include any players who have already made their major league debuts. Also, the rankings are completely subjective and original, and they aren't sanctioned or endorsed by any group or entity affiliated with Major League Baseball. 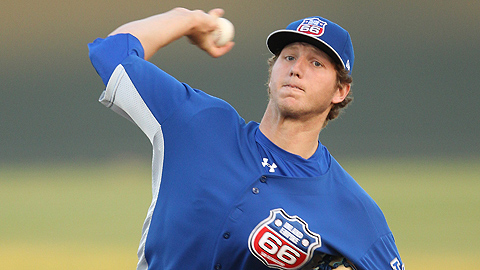 The Dodgers selected Ethan Martin with the 15th overall pick in the 2008 draft directly out of high school and although his numbers don't indicate his true level of talent yet, Martin continues to make tremendous progress.

In his finest outing of his career, Martin threw a three-hit, nine-inning shutout for Single-A Inland Empire against Bakersfield in May of this year. In doing so, he struck out eight and walked only two, retiring the final 10 batters he faced. His previous longest outing before the Bakersfield game was only six innings long.

Although he compiled a 9-14 record in the California League, Martin proved his durability by making 22 starts last season. His career K/9 in the minors is only a half-point away from double figures.

Martin's control and mechanics are both excellent. His fastball has been clocked as high as 96 miles per hour, and his splitter is far more developed than most 21-year-old pitchers at the Single-A level.

A reasonable estimate for his major league debut is sometime during the 2012 season. 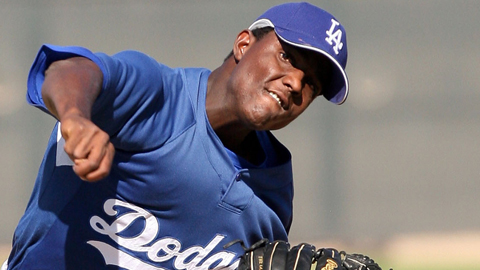 Rubby De La Rosa was originally signed as a free agent by the Dodgers out of Santo Domingo in 2007, and after two seasons throwing in the Dominican League, he has burst onto the scene as one of the hardest throwers in the entire Dodgers organization.

De La Rosa's fastball is consistently clocked in the 98-100 mph range and it was clocked as high as 102 last fall. At only 21 years of age, he has already made the jump to Double-A. During the last part of 2010, he impressed both scouts and coaches throughout the Southern League, facing players who were much older and had years more experience.

In eight starts for the Chattanooga Lookouts last season, De La Rosa compiled a 3-1 record and posted an impressive 1.41 ERA.

The jury is still out as to De La Rosa's future. Some believe he may emerge as a flame-throwing reliever while others in the Dodgers' organization believe he may have enough endurance to be a starting pitcher. Regardless, if he continues to improve, he could possibly make his big league debut as early as the middle of the season in 2012. 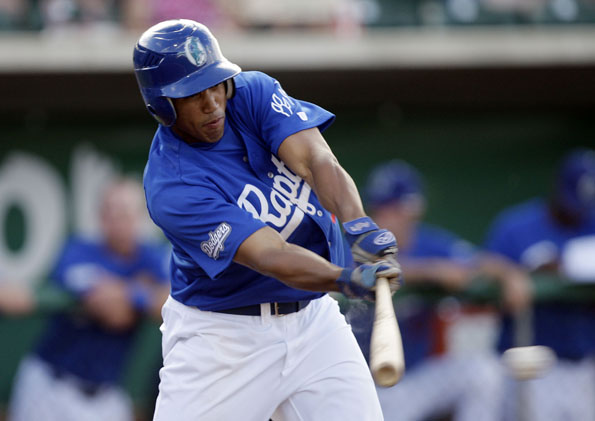 Originally taken by the Dodgers in the 12th round of the 2009 June draft, Brian Cavazos-Galvez continues to impress scouts and is progressing nicely through the minors.

Cavazos-Galvez has seen equal time in both center and left field, but indications are he's much more comfortable in left. He'll more than likely make the jump to Double-A in the early part of 2011 and his offensive skills will certainly be tested in the Southern League, which is consistently dominated by pitching.

If he continues to produce offensively, it's conceivable that he may see time with the Dodgers in the early part of 2012. 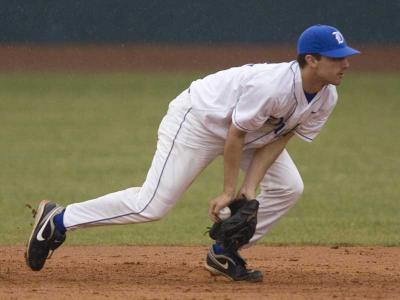 Jake Lemmerman was drafted in the fifth round of the 2010 draft out of Duke University and after just his first year in the organization, he has already climbed to the top of the Dodgers' prospect list.

Not only was Lemmerman selected as a Class-A All-Star with Ogden last season, but he also won the Most Valuable Player Award for the entire Pioneer League.

Without question, Lemmerman's strength is his glove, but his offensive numbers were off the charts last year with the Raptors. In 66 games, Lemmerman hit .363 with 24 doubles, 12 home runs and 47 RBI. His OPS calculated to an impressive 1.044 for the season.

About the only downside of Lemmerman's overall game is his speed. He was primarily a shortstop his entire career, but if he continues to respond offensively, he make make the transition to second or third base in the future. 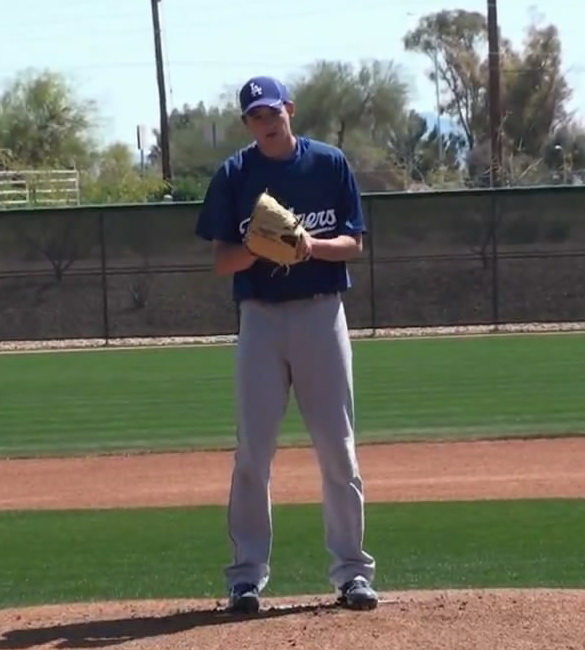 Selected by the Dodgers in the 18th round of the 2008 draft, Allen Webster was impressive in the Pioneer League in 2009, dominated the Midwest League last year and hopes to make the jump to Double-A ball sometime during the course of 2011.

Last year for Great Lakes, Webster posted a 12-9 record with a 2.88 ERA in 23 starts. Both his mechanics and command are excellent. However, at only 20 years of age, his arm strength hasn't quite arrived yet.

Webster has a fine repertoire of pitches, as his changeup may be the most effective in his arsenal. Scouts have already compared his mechanics to those of Tommy Hanson of the Atlanta Braves.

If his arm strength continues to increase and if he impresses in Double-A this year, Webster may be looking at appearing for the Dodgers sometime after the summer of 2012. 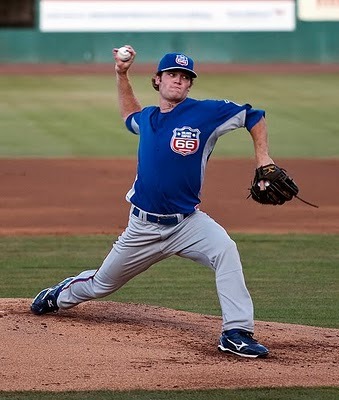 Chris Withrow is another Dodgers first-round draft choice and was selected directly out of high school as the 20th pick in the 2007 draft.

As with most 21-year-olds, Withrow's biggest problem is consistency and location. When he's in his zone, however, he's almost untouchable, having proven so with his first nine-inning complete game shutout with Chattanooga last season.

His fastball averages in the 92-94 miles per hour range, with excellent movement and late life. He compliments his heat with an above-average curve and an adequate changeup.

Expect Withrow to complete the majority of 2011 with Chattanooga before possibly making the jump to Triple-A before the end of the year. If all goes well, he may be due for his first major league call-up in late 2012. 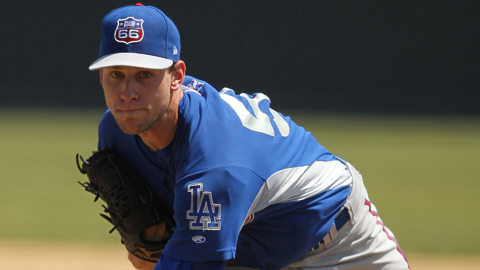 Aaron Miller was selected in the first round by the Dodgers in 2009 and considering he never pitched until his final year in college, he has the freshest and liveliest arm of all the Dodgers' minor league starters.

Before appearing in a handful of games at Double-A Chattanooga last season, Miller compiled a 6-4 record with a 2.92 ERA for Single-A Inland Empire.

He's extremely athletic and his command is excellent. He possesses a very nasty slider and his fastball tops off at around 94-95 miles per hour. He still needs to develop his changeup, which may be the deciding factor if he remains a starter or slides into a relief role once he is called up to the bigs.

Miller will likely pitch the majority of the 2011 season with Double-A Chattanooga before making the jump to Triple-A late next year or early in 2012. If he continues to progress like he has been, he may be ready for his Dodgers debut after the summer of 2012. 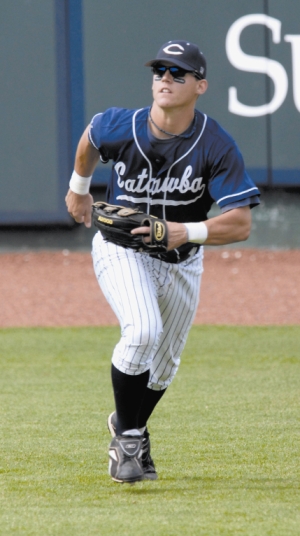 Selected in the 25th round in 2009, there have been fewer players who have climbed through the rankings of the Dodgers farm faster than Jerry Sands.

In the first part of 2010, Sands put on an offensive show in the Midwest League. In only 69 games for Great Lakes, he hit an impressive .334 with 16 doubles, 18 home runs, 46 RBI and 14 stolen bases. During the second half of last year in the pitching dominated Southern League, Sands hit .270 while tallying 12 home runs, 17 doubles, two triples, and 47 RBI while appearing in only 68 games.

If Sands continues to impress in Double-A, if not earlier, he may be ready to make the jump to Triple-A by the summer of 2011 and possibly see major-league action when the MLB rosters expand in the fall of next season.

To add to his value and versatility, Sands has been receiving instruction at the third base spot and appeared in a handful of games there toward the end of last season. 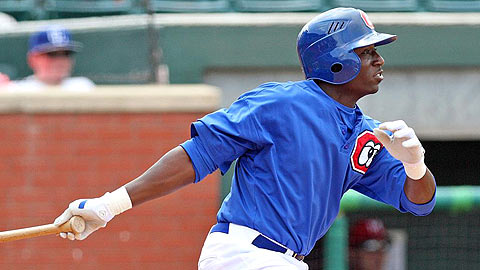 At only 17 years of age, Trayvon Robinson was selected by the Dodgers in the 10th round of the 2005 draft and after having steadily improved in each of his five minor league seasons, he is probably the most major league-ready of all the Dodgers prospects.

Robinson possesses a rare blend of both speed and power and the fact that he hits from both sides of the plate only adds to his value. In the pitching dominated Southern League last year, Robinson hit .300 while adding 23 doubles, nine home runs, 57 RBI and 38 stolen bases while hitting primarily from the leadoff spot.

Robinson has a very suitable arm and above-average range. His primary position is center field.

Robinson may spend the largest part of the 2011 season with Triple-A Albuquerque, but could be considered for a roster spot at Spring Training. Regardless, barring injury, he will make his big league debut at some point in 2011. 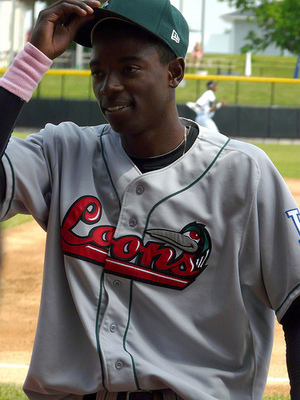 Dee Gordon was selected by the Dodgers in the fourth round of the 2008 draft and, like Jerry Sands, has climbed the prospect ladder faster than any player in the Dodger organization in recent years.

He is known for his athleticism, speed and incredible range. However, his underdeveloped frame is often criticized by scouts around the League.

In 2009 while playing for Single-A Great Lakes, Gordon appeared in 131 games, registered a .301 batting average, scored 96 runs and produced 17 doubles, 12 triples and three home runs while stealing a staggering 73 bases.

In 2010 winter ball, Gordon has shown massive improvement at the dish, where he hit .377 with an impressive .946 OPS in the Puerto Rican League.

While he continues to make strides in developing his body and improving his glove work, Gordon may begin 2011 in Chattanooga, but he'll probably play the majority of the season with Triple-A Albuquerque. If all goes smoothly, he may make his MLB debut when rosters expand in the fall. 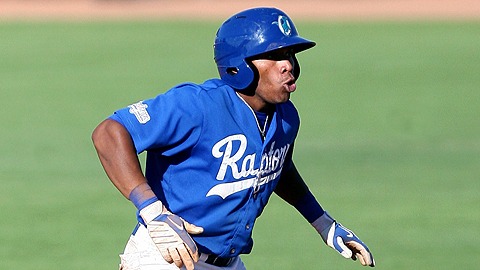 And finally, as it's impossible to pack all of the brightest prospects on the Dodgers farm into a single top 10 list, here are a number of names to keep an eye on, as they are already at the top of the scouting reports and may be considered for major-league debuts in the foreseeable future: