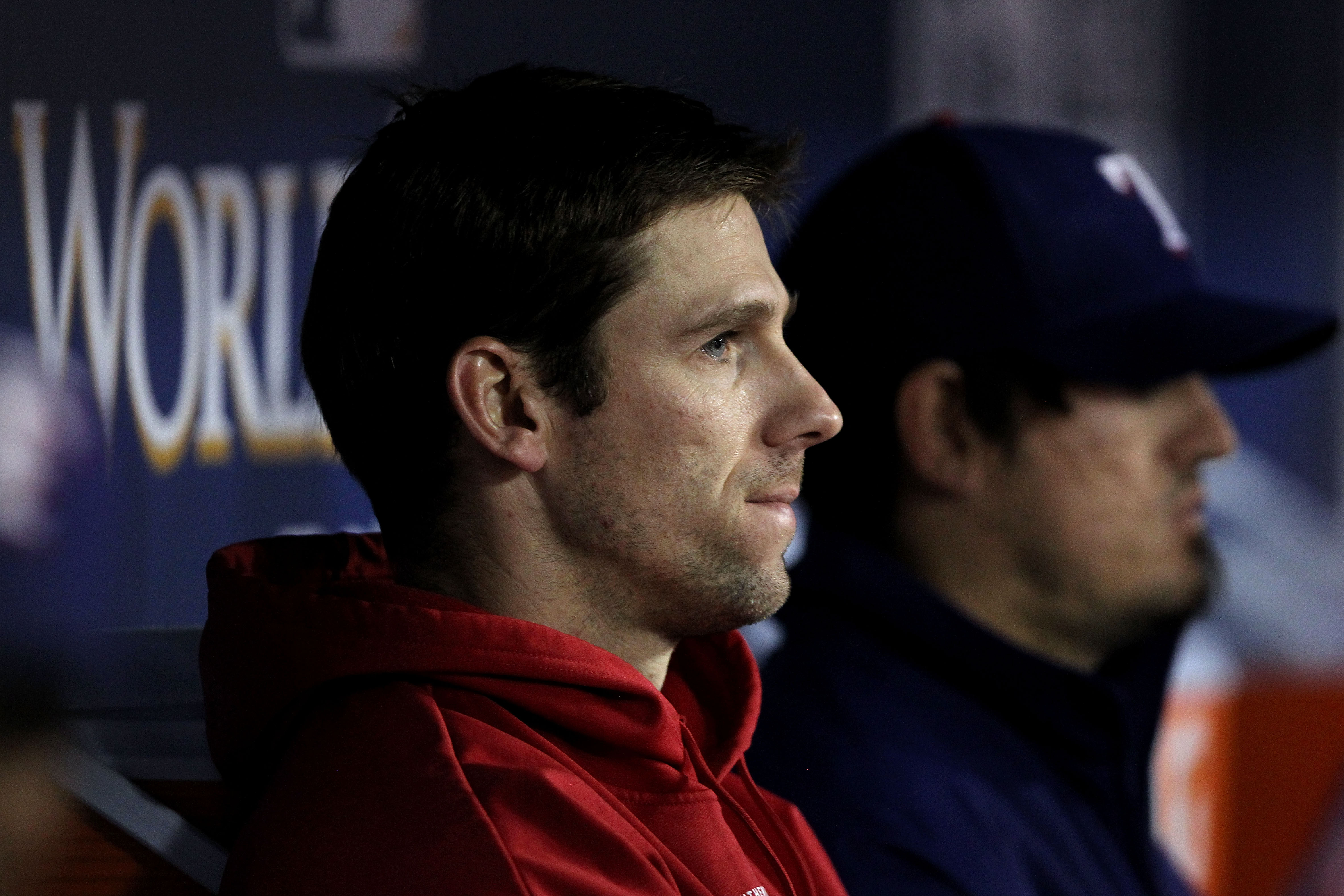 Cliff Lee is, as expected, the most coveted free agent as the MLB Winter Meetings open this week in Florida. Despite the Boston Red Sox' acquisition of Adrian Gonzalez and the mega-deal between Jayson Werth and the Nationals, Lee remains at the forefront of the rumor mill as proceedings begin.

Lee and agent Derek Braunecker have begun visiting with teams and will undertake more serious meetings as the week progresses, according to Braunecker. The New York Yankees and Texas Rangers remain the favorites to sign Lee, but Lee and Braunecker insist there are other teams in play. Read on for the inside scoop on Lee's free-agent posturing and the clamor of his would-be suitors.

Could The Red Sox Steal The Yankees' Prize? 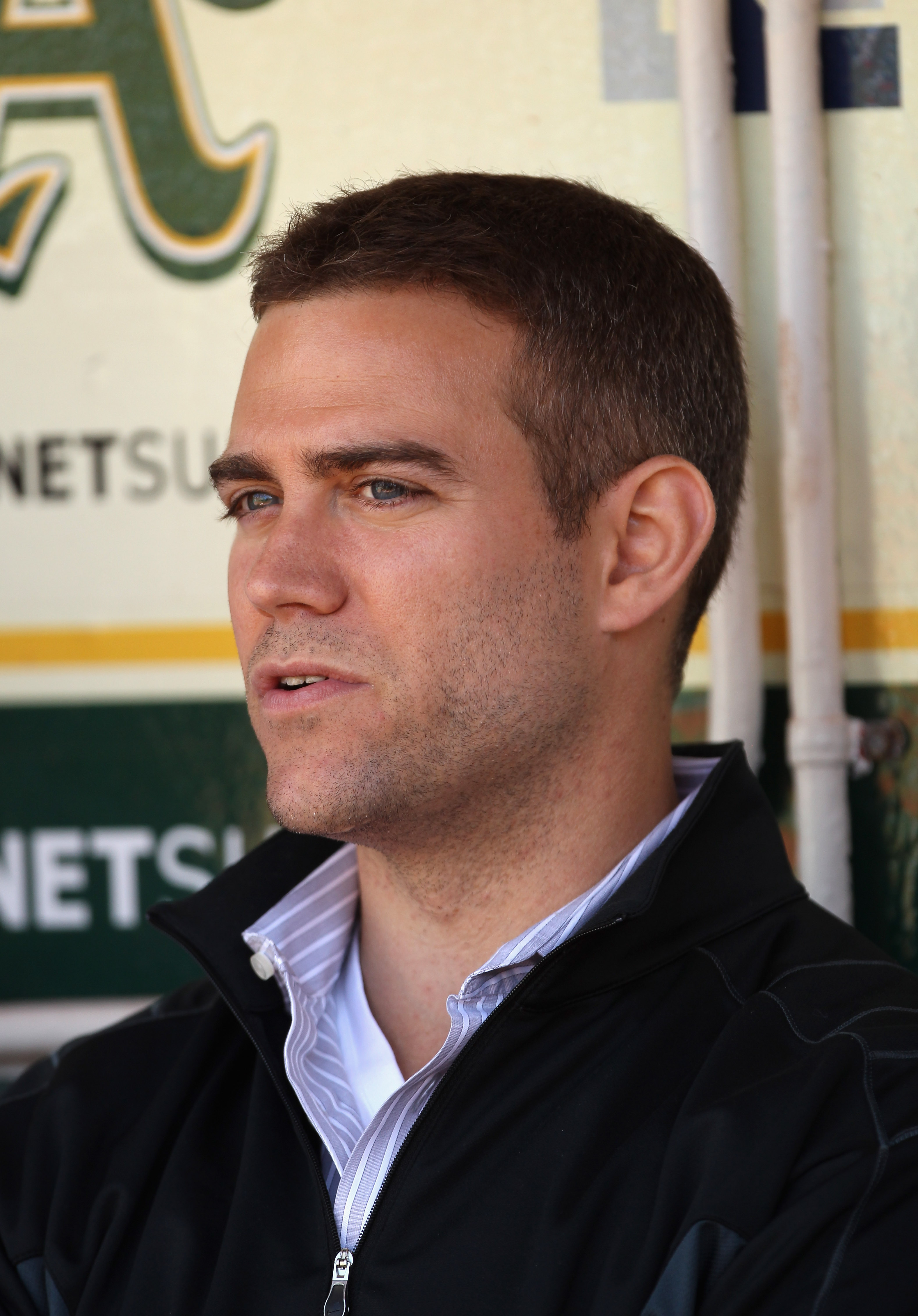 Braunecker got the obligatory question about the Red Sox's interest in Lee on Monday, and he told Rob Bradford: "We've talked."

That will not exactly send Red Sox fans scrambling for Lee paraphernalia, and don't forget that the team has not issued a $100-million free-agent contract during the reign of owner John Henry. Furthermore, the Sox just pulled down a huge prize by landing Adrian Gonzalez and likely would struggle to find much more room in their 2011 operating budget.

For that matter, though Lee fits comfortably atop any rotation, someone would surely feel left out if the Red Sox did reel in Lee: They have Jon Lester, Josh Beckett, Clay Buchholz, Daisuke Matsuzaka, John Lackey and Tim Wakefield in the fold already.

Who Are The Mystery Teams? 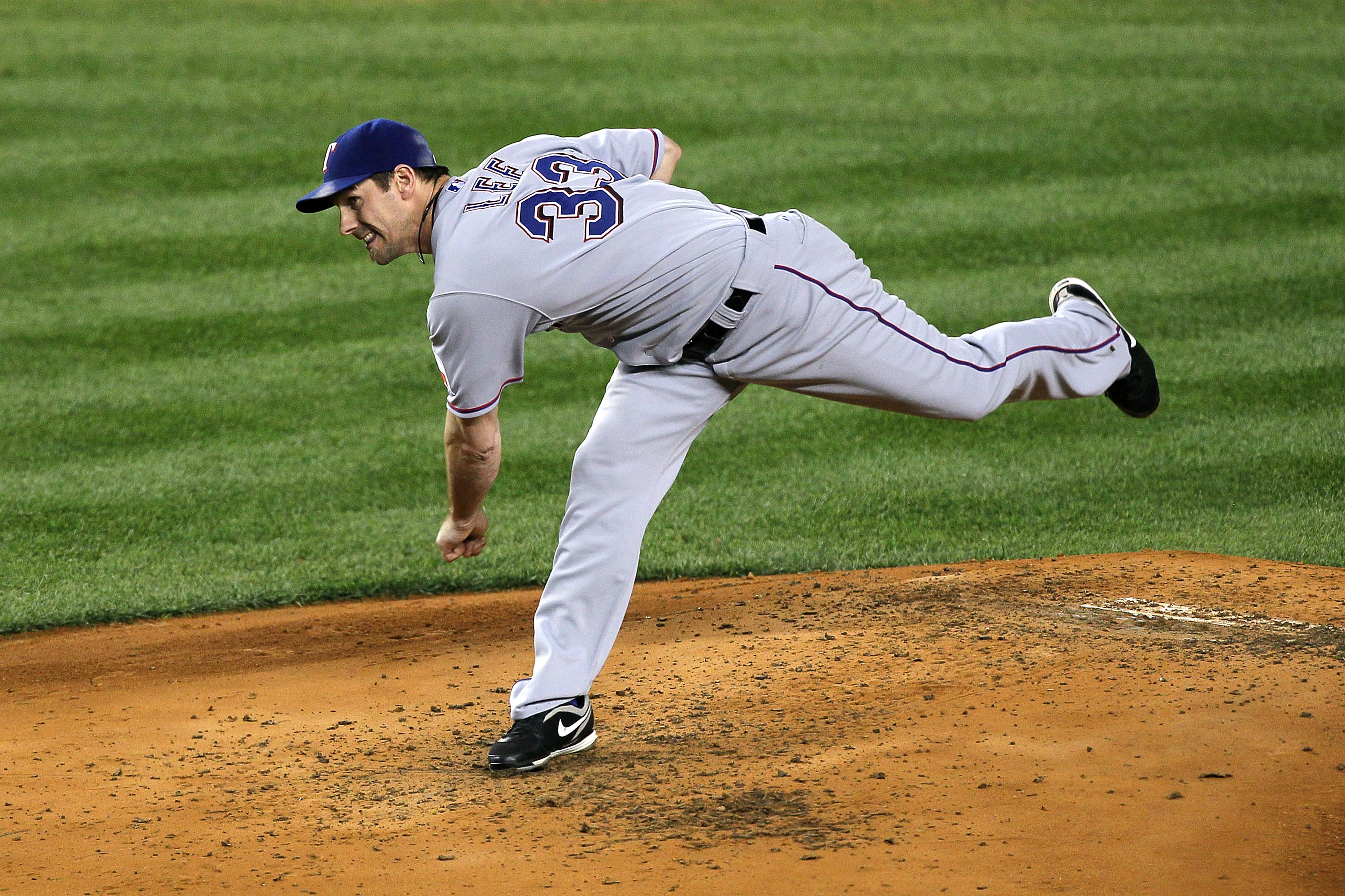 Braunecker says that he and Lee have visited with "significantly more clubs" than the Yankees and Rangers, according to MLB Trade Rumors. Even if we assume Boston to be in that group, there are apparently some unidentified dark horses in this race:

Nationals: It seems impossible in light of the huge outlay they made to lock down Werth, but the Nationals still seem intent on making an impact addition or two. Carl Pavano fills that bill at a lower cost, but signing Lee and Werth would make the Nats instant contenders--and the biggest story in baseball for the first time since the saga that brought them to Washington

Twins: This, too, seems exceptionally far-fetched, but Lee has long been coveted by Bill Smith and the Twins, who love any pitcher that aggressively attacks the strike zone. No one fits that description better than Lee.

Angels: The Halos are more intent on offensive upgrades, and it is almost more likely that the team could land both Adrian Beltre and Carl Crawford than getting seriously involved in the Lee sweepstakes. In an off-season where they pledged to be very aggressive, though, the organization could still open the wallets a bit and make a serious play.

Reeling In The Years? 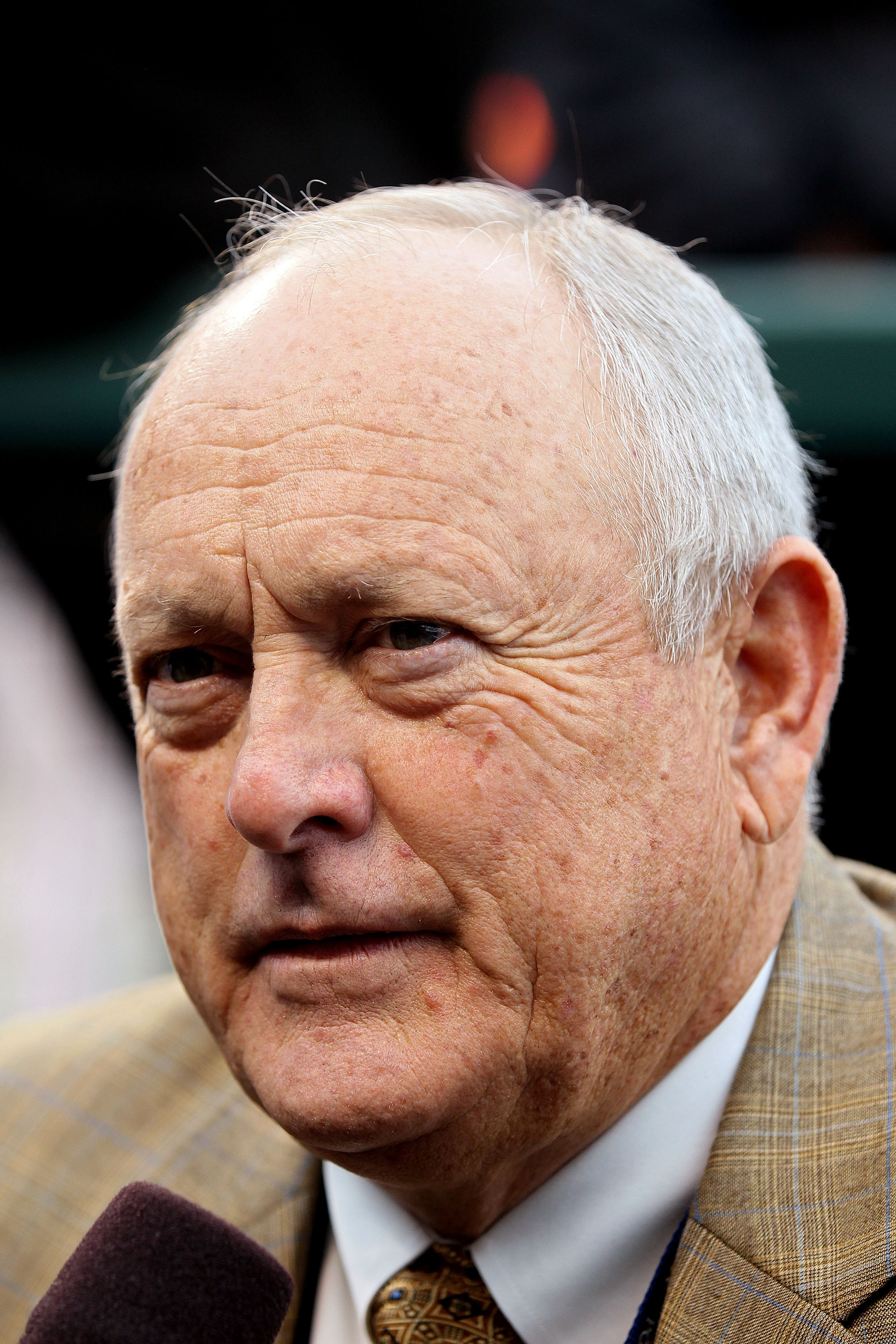 Nolan Ryan's Rangers seem unwilling to budge on their five-year offer to Lee, at least in terms of length. That is a sticking point for Lee and Braunecker, who believe they can easily get six years from the Yankees. They are probably right, so Texas will need to either give in to a sixth year or add serious money to the deal to regain the upper hand in negotiations.

This leads into an interesting point, which is that the Yankees are essentially willing to give Lee whatever he wants. For the southpaw ace to stay with Texas, he will have to decide (more or less) that he distinctly prefers the Rangers to the Yankees. That seems possible, but the Rangers would do themselves a lot of favors with Lee by adding a sixth year to their present offer. 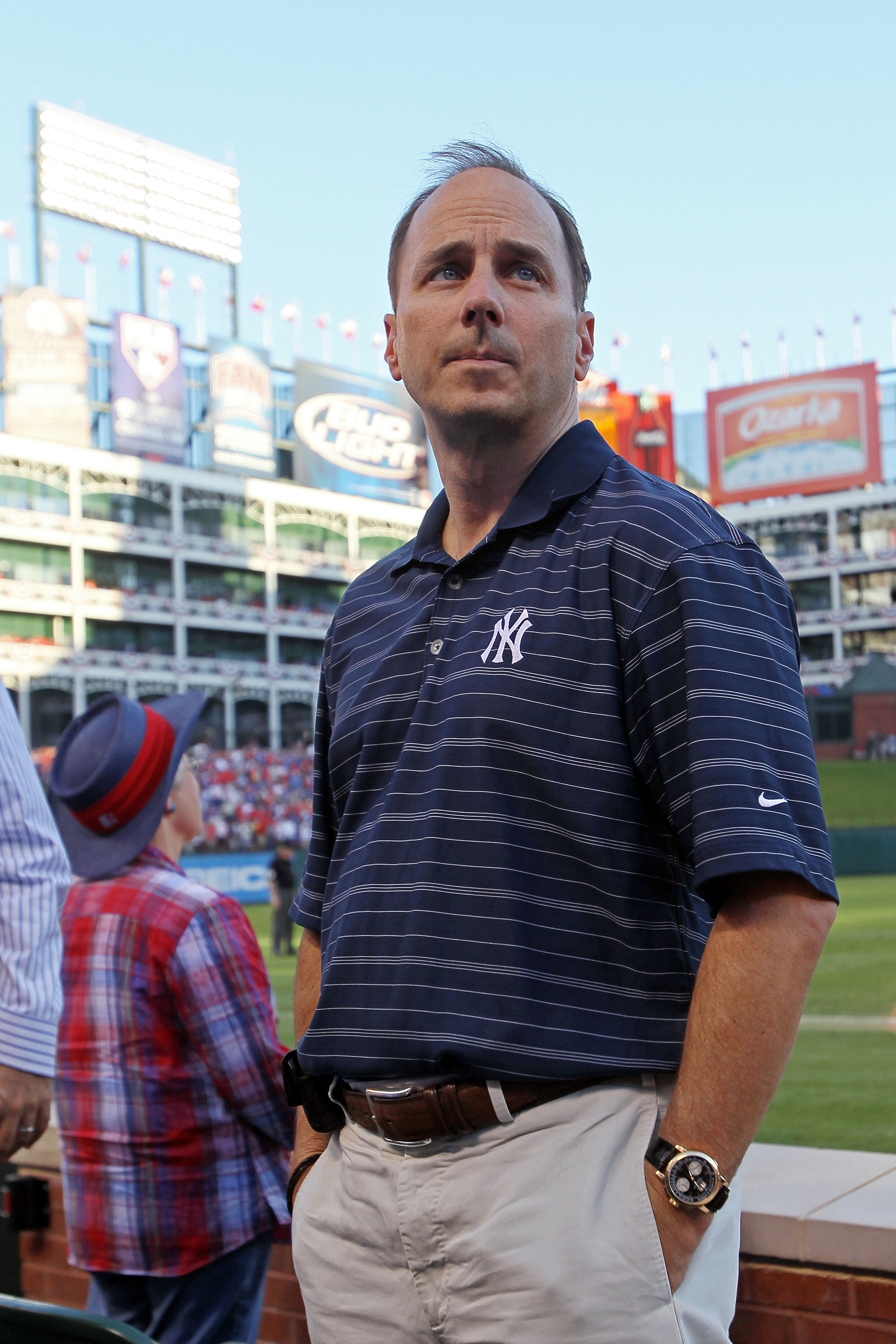 Brian Cashman's Yankee brain trust is working almost solely on their pursuit of Lee at this point, having navigated the troubled waters of Derek Jeter's and Mariano Rivera's free-agent negotiations. Cashman has made at least one trip to Arkansas to visit Lee, says Joel Sherman of the New York Post.

The Yankees will pay out the nose to get Lee, especially now that Boston has added Gonzalez to a lineup that already featured dangerous lefty swingers David Ortiz and J.D. Drew. The rumors continue to swirl (have they already made a seven-year offer?), but nothing is likely to really heat up until the end of the Meetings.

Lee will likely sign before Christmas, but this week? It sure does not look like it. Too many teams remain in play, and the two heavyweights fighting for Lee are still just feeling each other out a bit. The Yankees might eventually hit the Rangers over the head with a bag full of extra money, but that tactic would be a last resort and Cashman will keep trying to get New York the best possible deal for the rest of this week.