Throughout the years, the Yankees have established themselves as the most successful franchise in all of sports. Along with this winning attitude has come a slight air of arrogance among the front office.

The Yankees have made a habit of mistreating their loyal stars when it comes to the end of their careers and possibly their last contracts. Although baseball is a business and they will argue that it is nothing personal, it is concerning that we seem to see this again and again.

Once again, we are seeing this take place with the current Yankee captain, Derek Jeter. Let's take a look at Jeter's situation and some other Yankees that have gone through a similar experience. 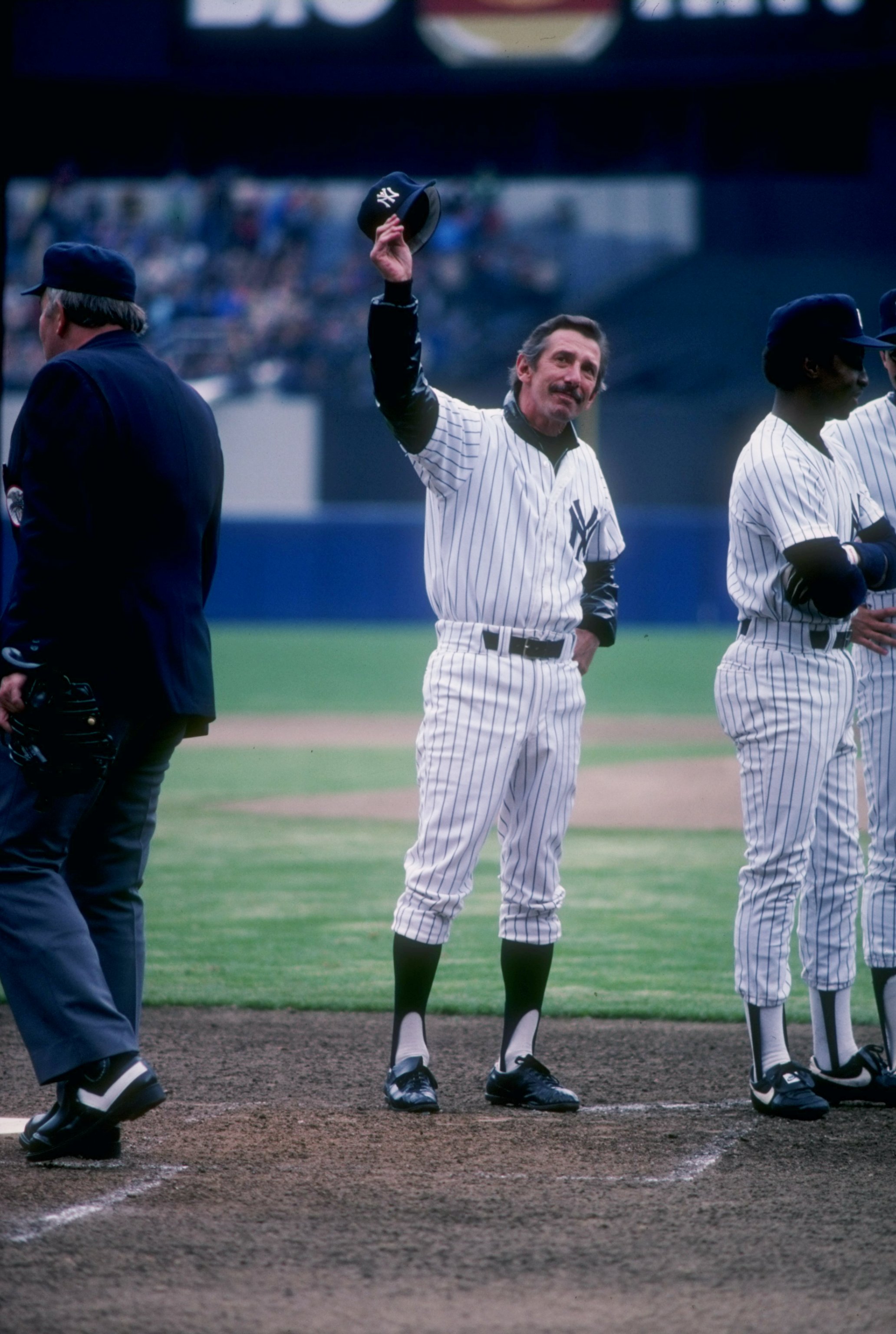 The famed former manager and player was an all-time favorite for his fiery demeanor and propensity for winning.

Despite this, he had a very controversial career, especially during his managing days. Martin was fired and hired a total of five times, treatment that I for one consider a little disrespectful.

Although Martin's lifestyle had a lot to do with the constant firings and hiring, George Steinbrenner had no problem toying with the emotions of the clearly fragile Martin time and time again.

Despite the love being shown in the accompanying picture, Hideki Matsui was not given a chance to return to the Yankees for the 2010 season, despite winning the 2009 World Series MVP.

In addition, Matsui had given the Yankees years of solid production and unparalleled professionalism. The decision to not give Matsui any chance of returning was another cold, calculated move that has defined the Yankees in recent years.

To make matters worse, Nick Johnson was signed to replace Matsui in the DH role and proved to ineffective and ultimately missed most of the season with an injury. 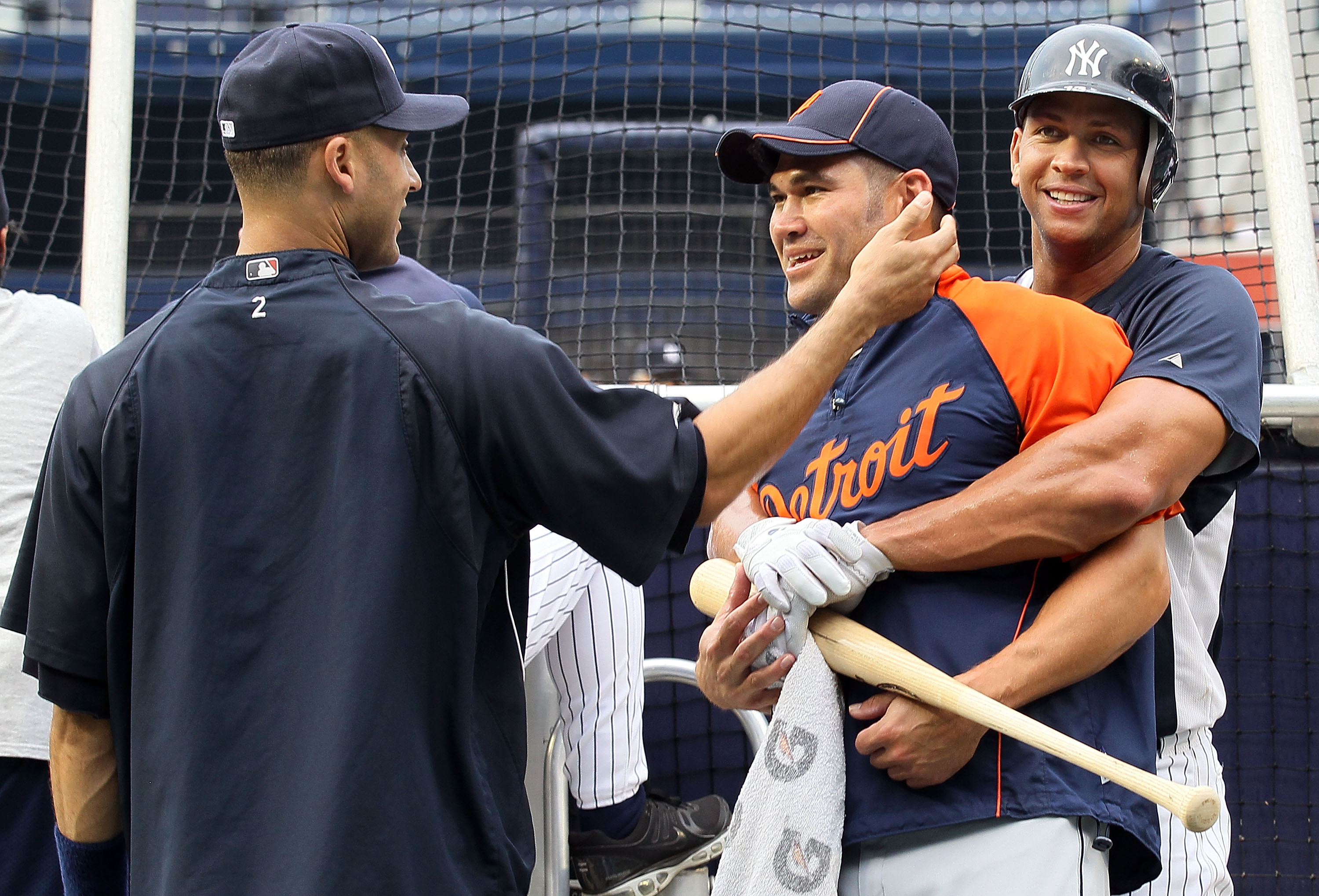 Johnny Damon was another Yankee shown love by former teammates in 2010 after not being retained following the 2009 championship season.

In this situation, the Yankees were probably right not to offer the aging Damon the multi-year deal he desired, however after Damon's great contributions to the team over the years, the strategy still came off as cold.

It seemed especially bad considering Damon's "double steal" in Game 4 of the 2009 World Series being the last thing in the minds of Yankee fans. Once again, it seemed the Yankees were all too eager to part ways with a player who had become a fan favorite. 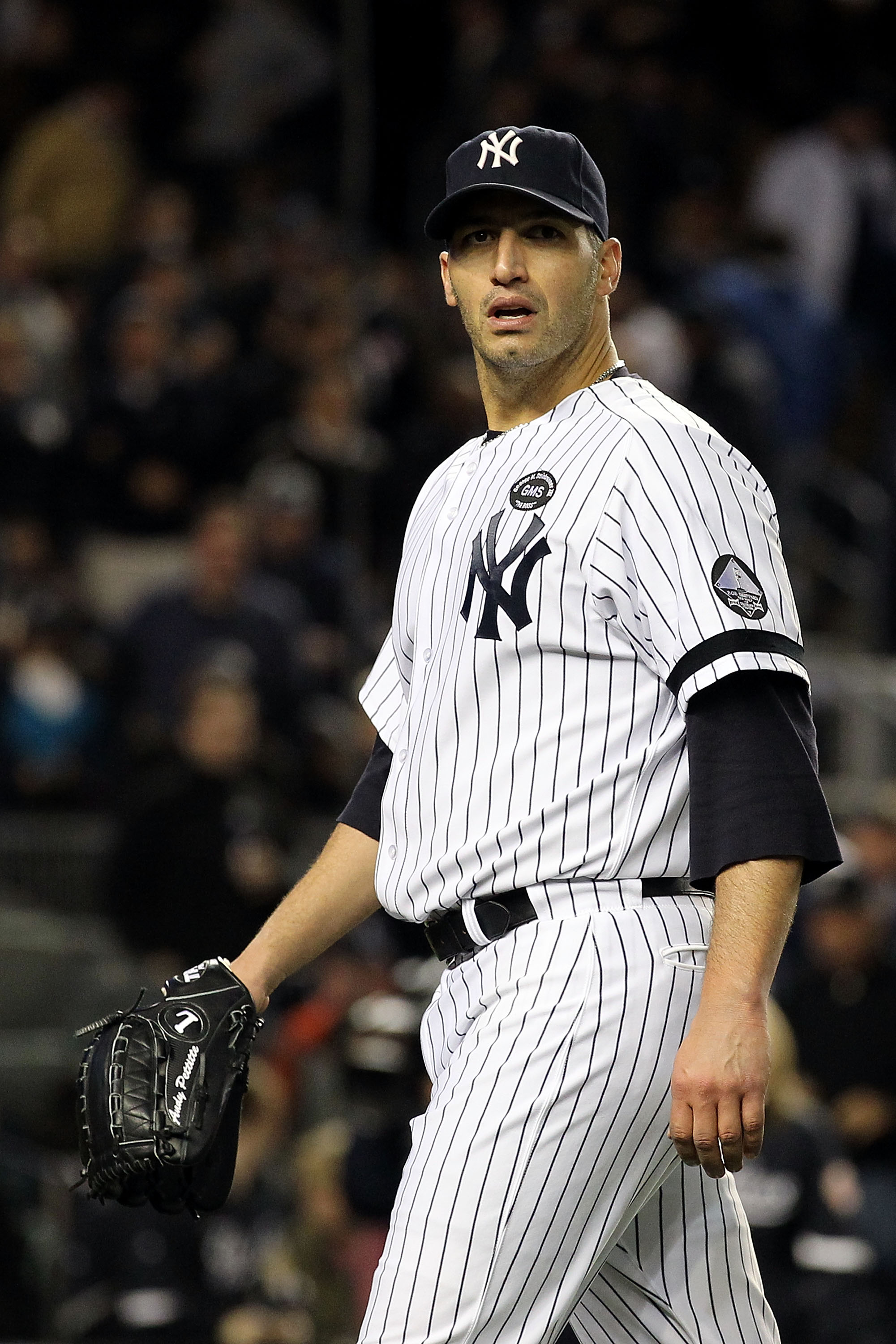 After the 2003 season, the Yankees were coming off an American League Championship but were very active in the offseason.

During this winter, the Yankees went out and acquired pitchers Kevin Brown and Javy Vazquez, soon making free agent Andy Pettitte the odd man out. Pettitte clearly felt like he was getting the cold shoulder from a franchise he had given so much to.

Pettitte chose to jump ship and sign with his hometown Houston Astros, a team that clearly wanted him more. Pettitte would eventually return to the Yankees and all would be well, but there was a time when the Yankees alienated Pettitte right out the door.

Bernie Williams was a Yankee lifer and had already established himself as one of the most popular and accomplished Yankees of the most recent generation.

Despite this, after the 2006 season, the Yankees would not offer Bernie a guaranteed contract and instead offered him a non-roster invite to Spring training.

Bernie had no interest in this and instead opted to sit out and eventually retire. He has made several trips to the stadium since then and is still a fan favorite, however I do not think the memories of the spring training invite have totally faded out of memory. 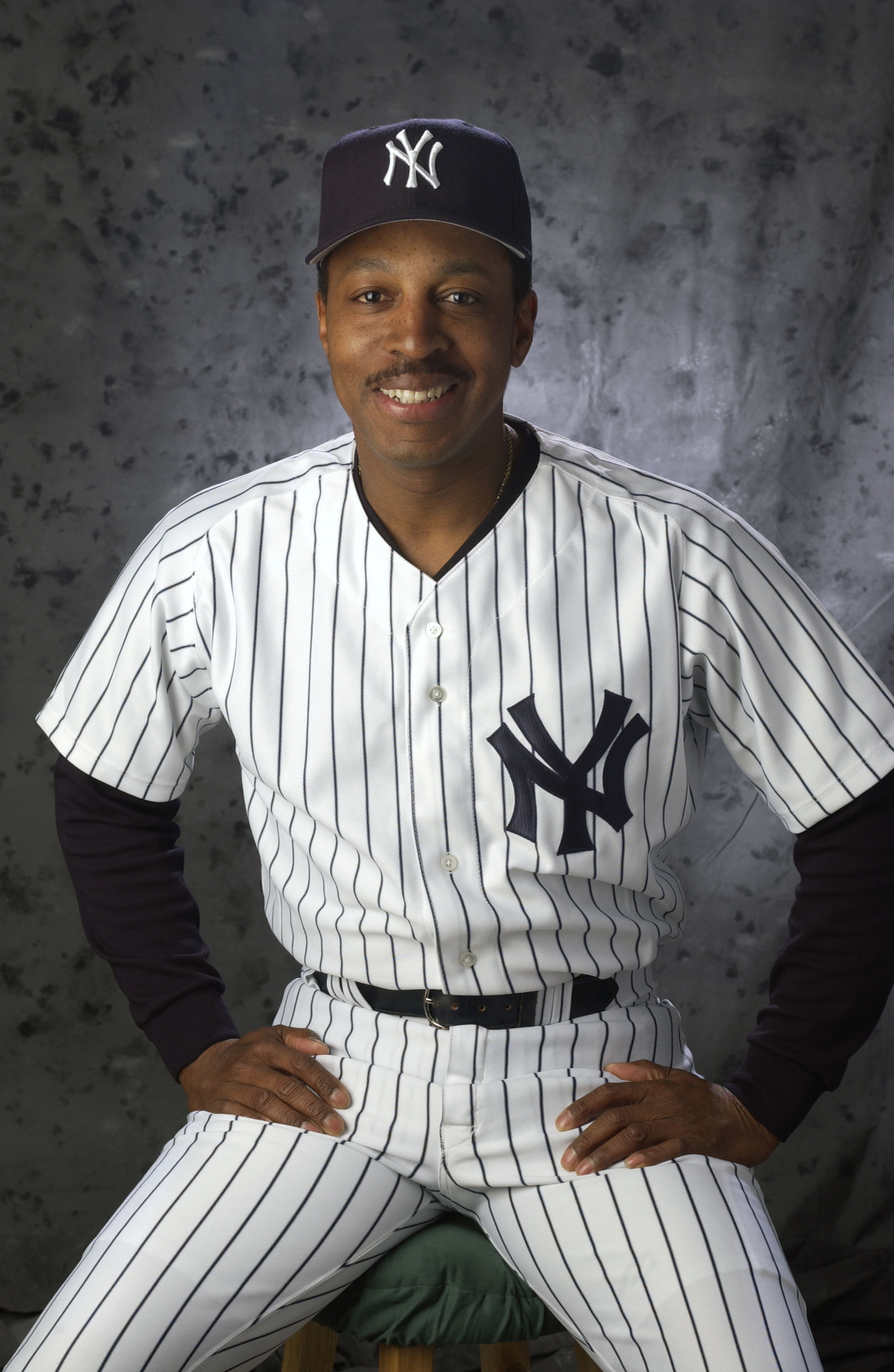 Randolph was a five-time All-Star in 13 seasons in New York. By the time his contract ran out in 1988, Randolph had established himself as one of the team's co-captains.

However, the Yankees chose to not re-sign the longtime second baseman and went out and signed Steve Sax instead.

It is baffling that the Yankees would choose not to re-sign a player who had given them so much and was so loyal. In addition, Randolph still had plenty of game left as he made the 1989 All-Star team with the Dodgers and finished third in the NL in hitting in 1991 with the Brewers. 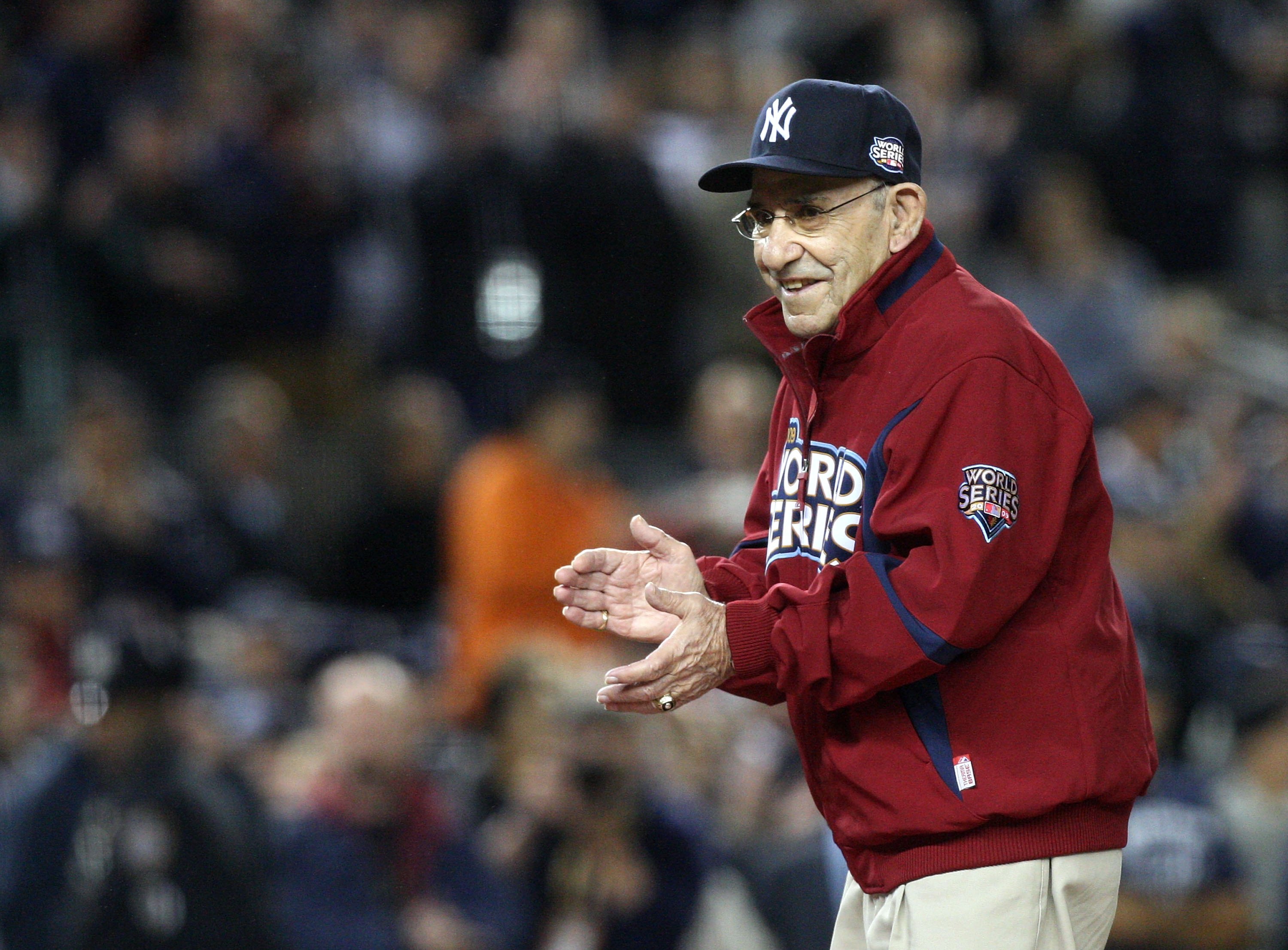 There have been few more decorated and beloved Yankees than Yogi Berra, and that is a statement said with no hyperbole.

It is unnecessary to list the numerous accomplishments achieved by Berra throughout his career so we will get to why he is on this list.

In 1984, Berra was given a chance to manage the Yankees, and after an 87-win season, the Yankees missed the playoffs by a good margin. George Steinbrenner told Berra he would give him a "legitimate chance" to manage the team in 1985, including telling him that he would not fire him halfway through the season.

Instead, Steinbrenner fired Berra just three weeks into the season. So embarrassed and hurt by this was Berra that he vowed never to return to Yankee Stadium as long as Steinbrenner owned the team.

The feud lasted until 1999 when Steinbrenner finally apologize to Berra and he agreed to return and throw out the first pitch on opening day. This story did have a happy ending but only after years of bitterness. 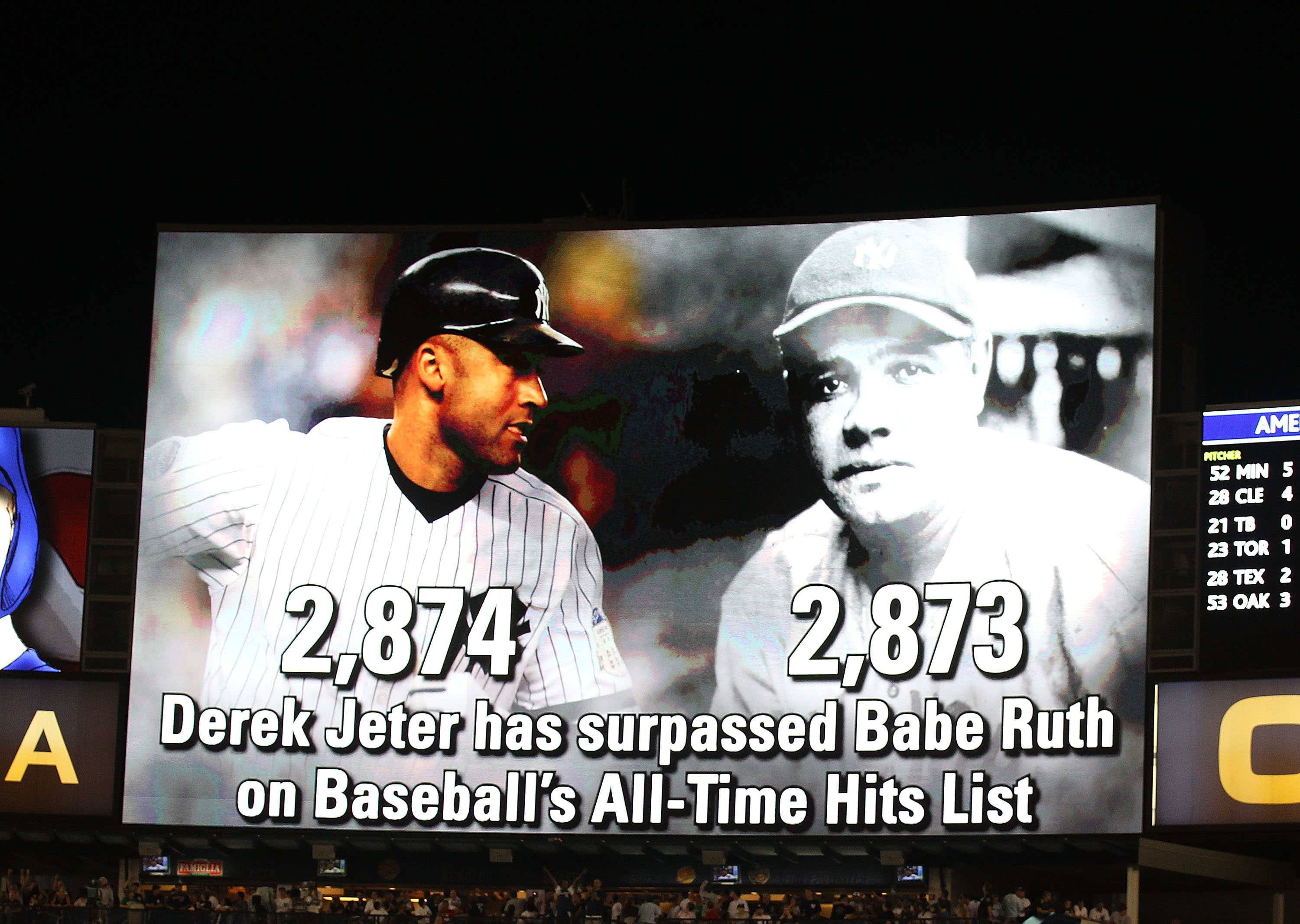 Arguably the greatest Yankee and baseball player of all time, Babe Ruth probably would not have undergone the same mistreatment today as he did in the 30s.

Ruth was still one of the best players in the league and an absolute entity not just in baseball but in America. In modern times, this would have the country in an uproar, luckily these were different times and it was certainly not as widely discussed.

However, it is an interesting look at the time periods and says a lot about Yankee business practices, even back in the early 20th century.

Joe Torre was the man in command for the most recent Yankees dynasty as he oversaw four championships from 1996-2000. Torre won two Manager of the Year awards and led the Yankees to the playoffs in every season he was in charge.

However, after the 2007 season, Torre's contract was up, and the Yankees were clearly unhappy with a championship drought that had lasted since 2000. After a first round loss to the Cleveland Indians, the Yankees front office offered Torre a one-year, incentive-laden contract.

Torre was openly insulted by the offer and refused to sign. Although you could argue that Torre's performance had slipped over the years, the Yankees knew there was a slim chance Torre would accept the deal and appeared ready to move on.

Some wounds have been mended, especially with the recent passing of George Steinbrenner, but it is still a black mark on the Torre era in New York. 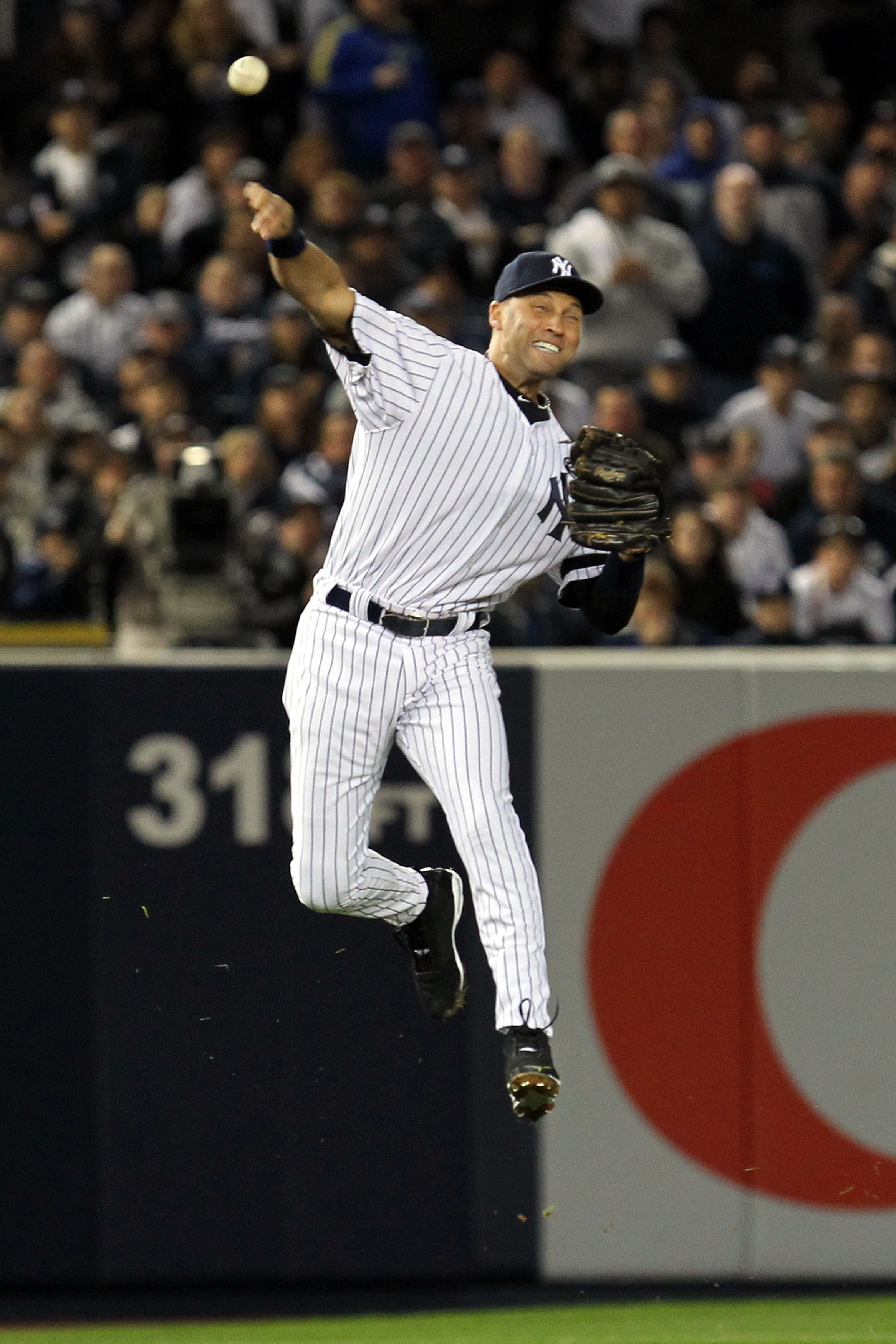 Recently described (albeit by his agent) as the Yankees "modern day Babe Ruth," the all-time Yankees hit leader is currently caught in a messy contract negotiation that has not shown signs of improving.

There are conflicting reports all around as the Yankees are apparently offering a three-year $45 million deal, while some say Jeter countered requesting a six-year deal at well over $100 million.

At the end of the day, it is still the expectation that Jeter will return to the Yankees, but it appears that in the mean time, some feelings have been hurt, and hopefully, the wounds will heal before the Yankees begin their run for a 28th championship.