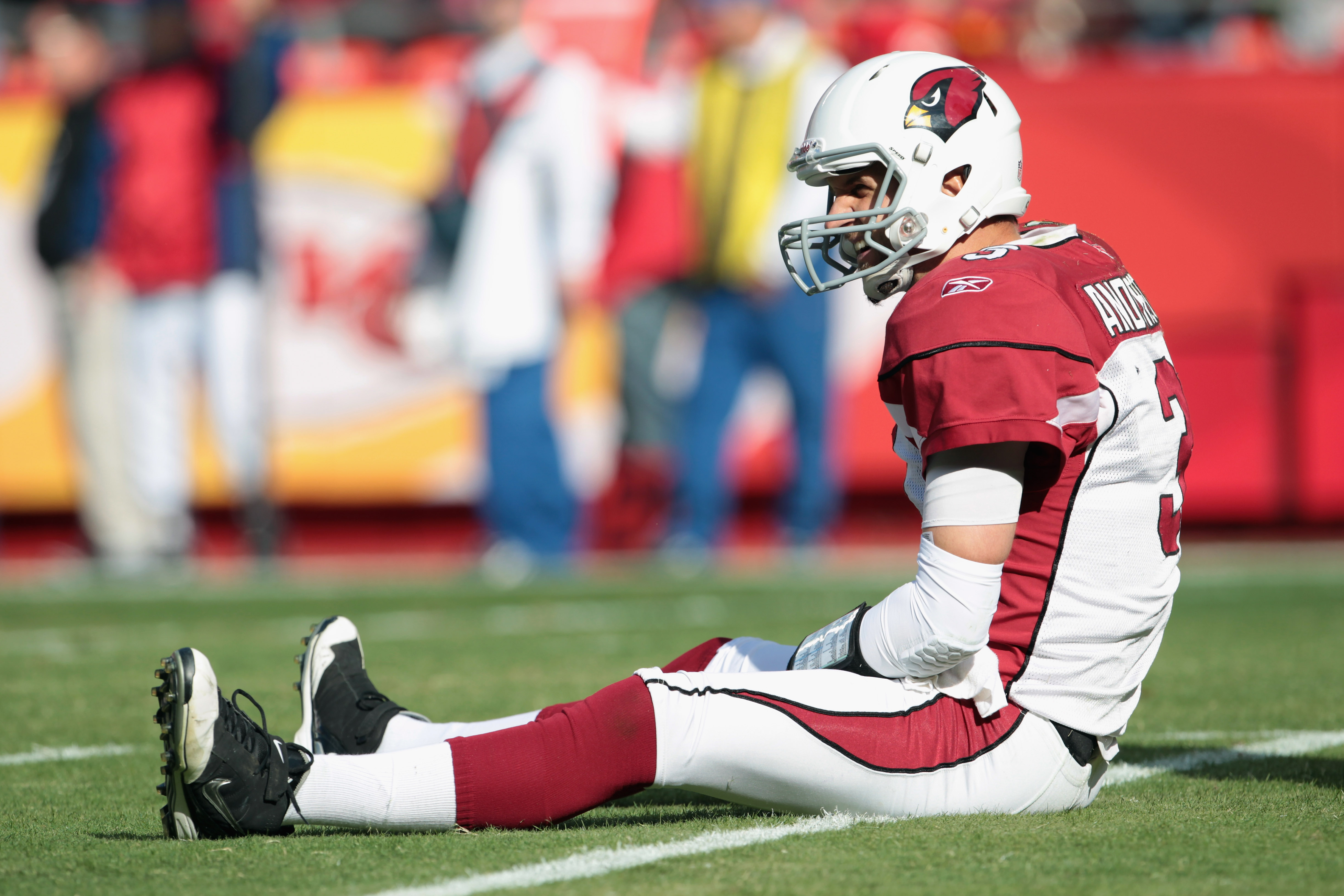 One thing I learned Sunday?

If you look at the stats in this game, in fact, you'd think Arizona would've won.

They had zero turnovers, more yards on offense and more time of possession.

But football doesn't always go the way the stats say they should.

In the end, the Cardinals have a fifth loss in a row.

And, we learned a lot about the Cardinals, yet again.

1. Ken Whisenhunt Needs To Give Up Play Calling 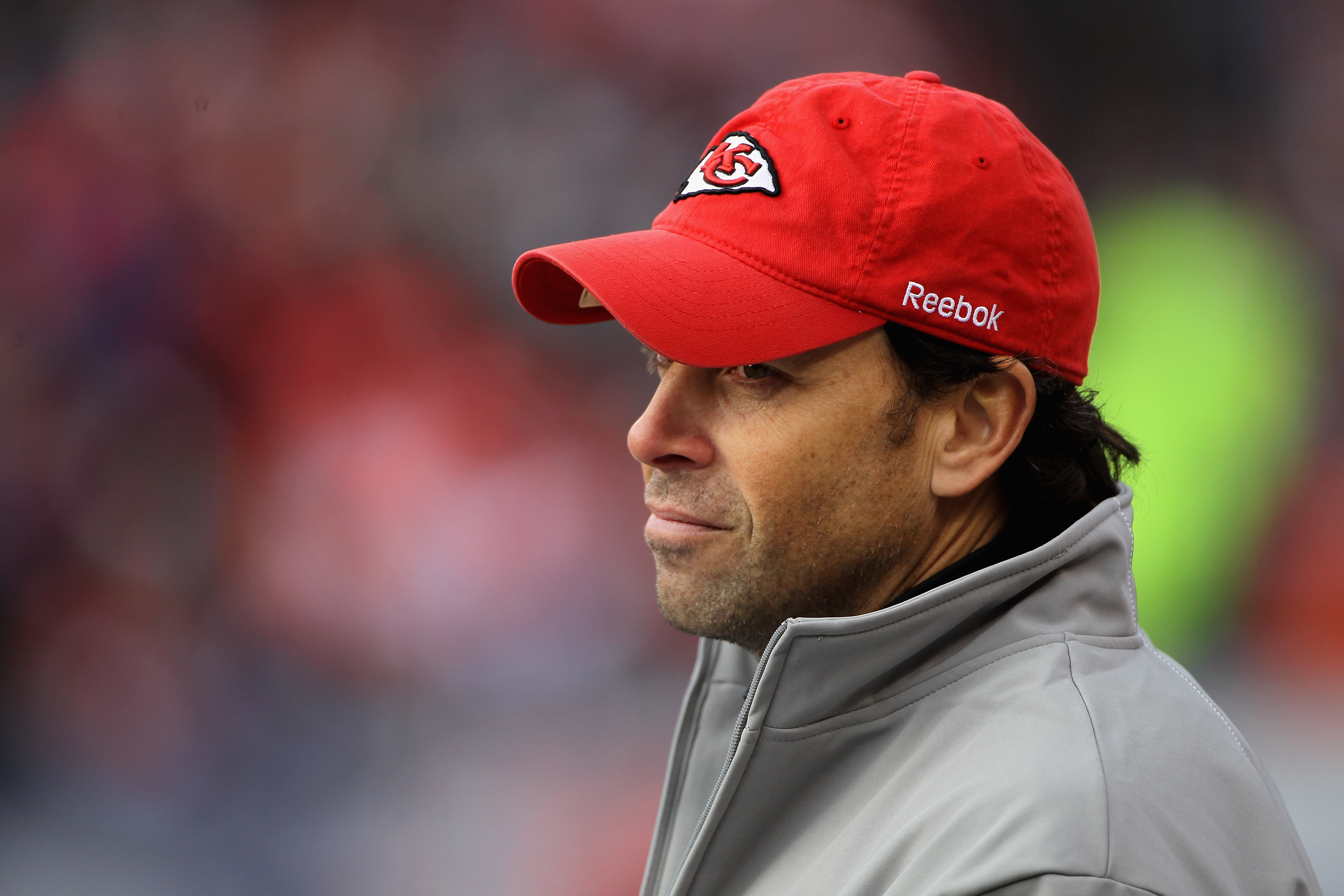 This is definitely going to be a hot topic this week and the reason it has been brought to the forefront is Todd Haley.

Haley, for those that don't know, called the plays for the Cardinals during their Super Bowl run in 2008.

And Haley, during his first season as coach of the Chiefs, called his own plays, like Whisenhunt is doing now.

But even he realized that it didn't work, and switched this season, and the Chiefs have done quite well.

Now, granted, we can't blame Whisenhunt for all that has been the disaster known as the Arizona Cardinals.

But I think a big step in the right direction next season would be Whisenhunt releasing his play calling duties to another.

Kansas City's success on offense, despite the stats, emphasized that Sunday. 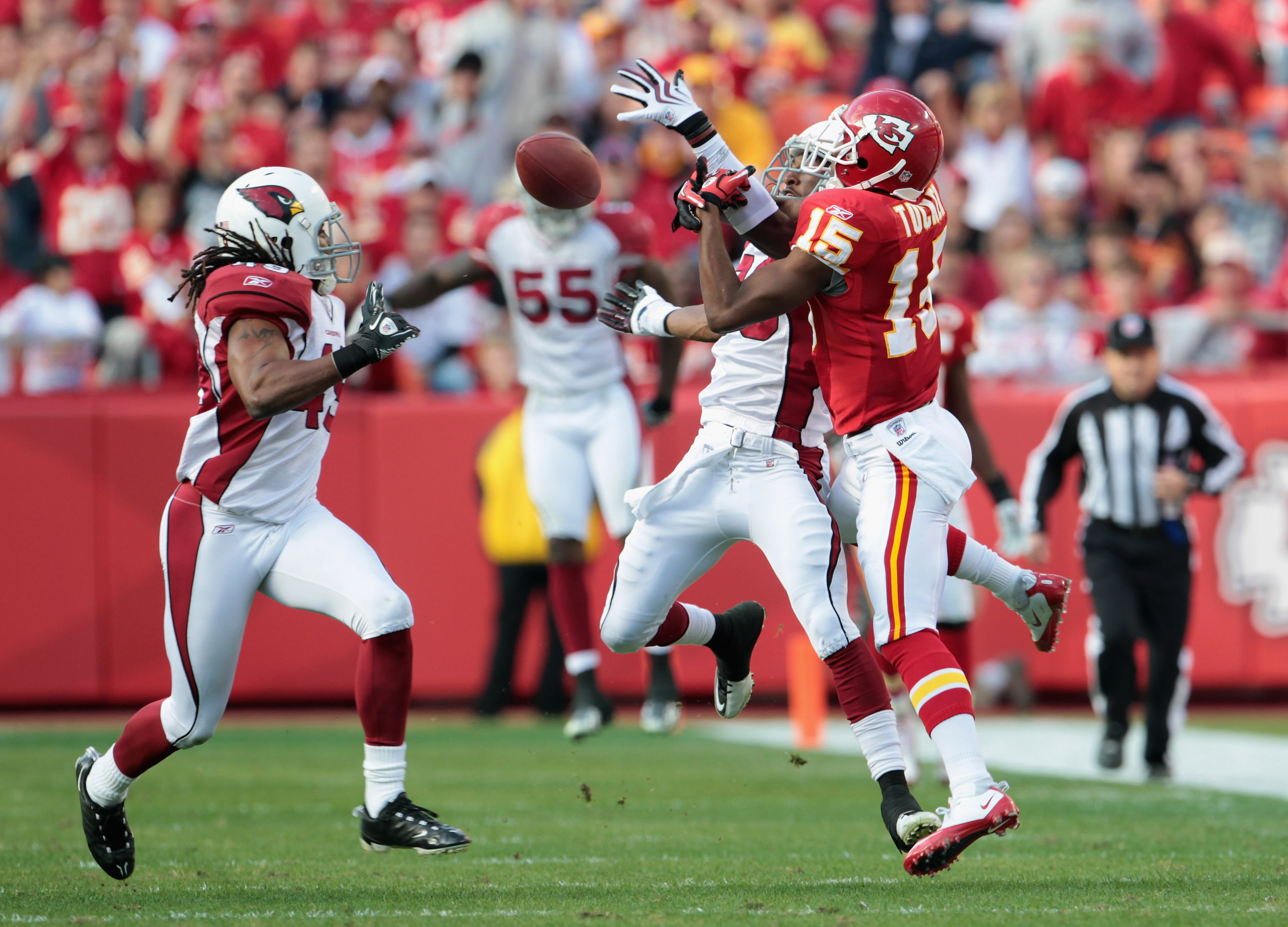 There's a caveat here, that I will get to in a minute.

What the stats did show is that, other than the score, the Cardinals defense played fairly well.

The run defense wasn't good, but then again, the Chiefs are the best rushing team in the NFL, so that was to be expected.

Still, it's not like Matt Cassell had a killer day, and Dwayne Bowe has been making any secondary look silly lately.

So, you have to say the defense did much better than last week.

I also liked the fact that Michael Adams started over Greg Toler. I don't believe that was injury related either, although, I could be wrong. 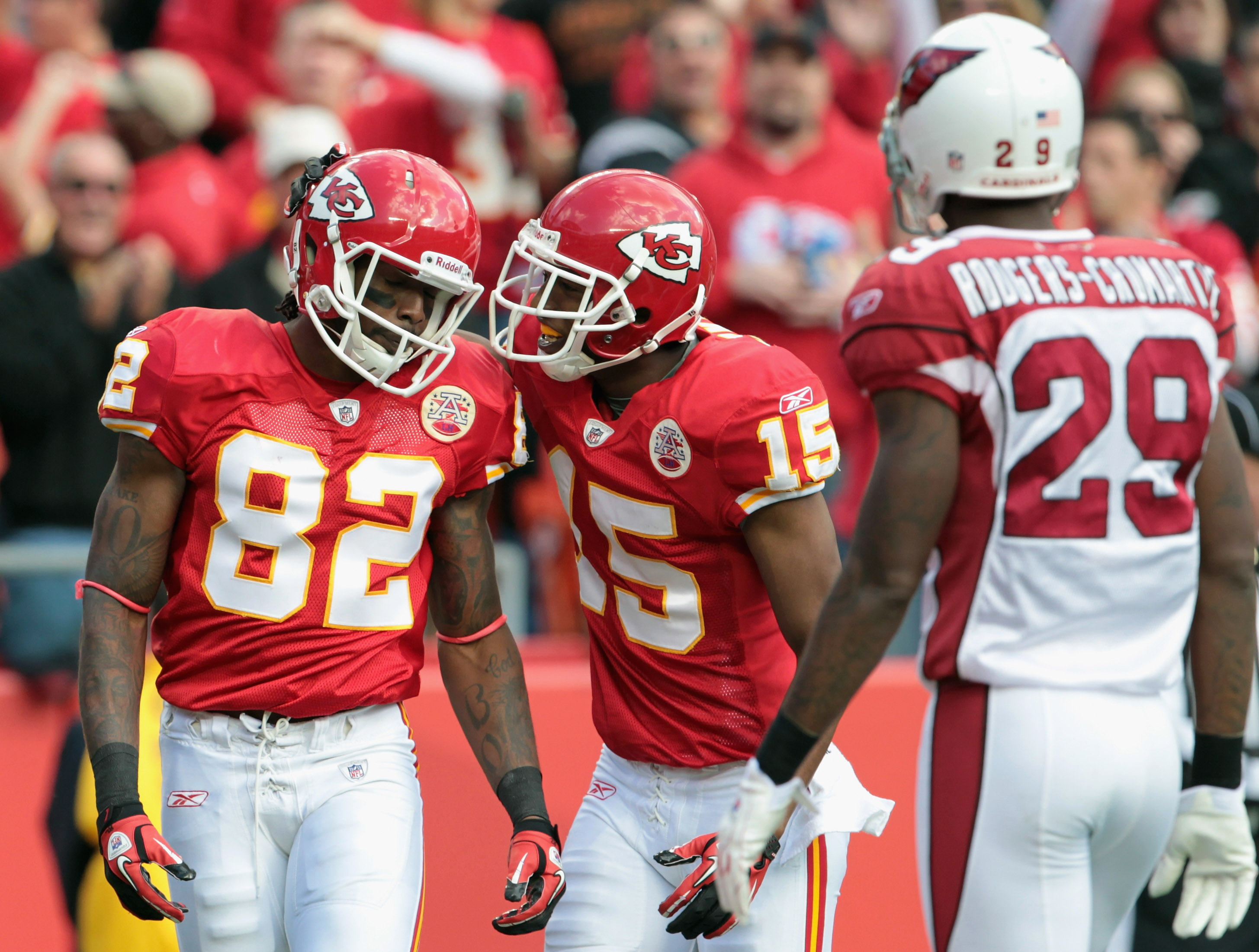 These are just a couple of examples.

You wanna know why the Cardinals gave up 31 points without a turnover?

Because, they didn't step up when they needed to.

They essentially gave up on big plays.

4. The Penalties Killed The Cards 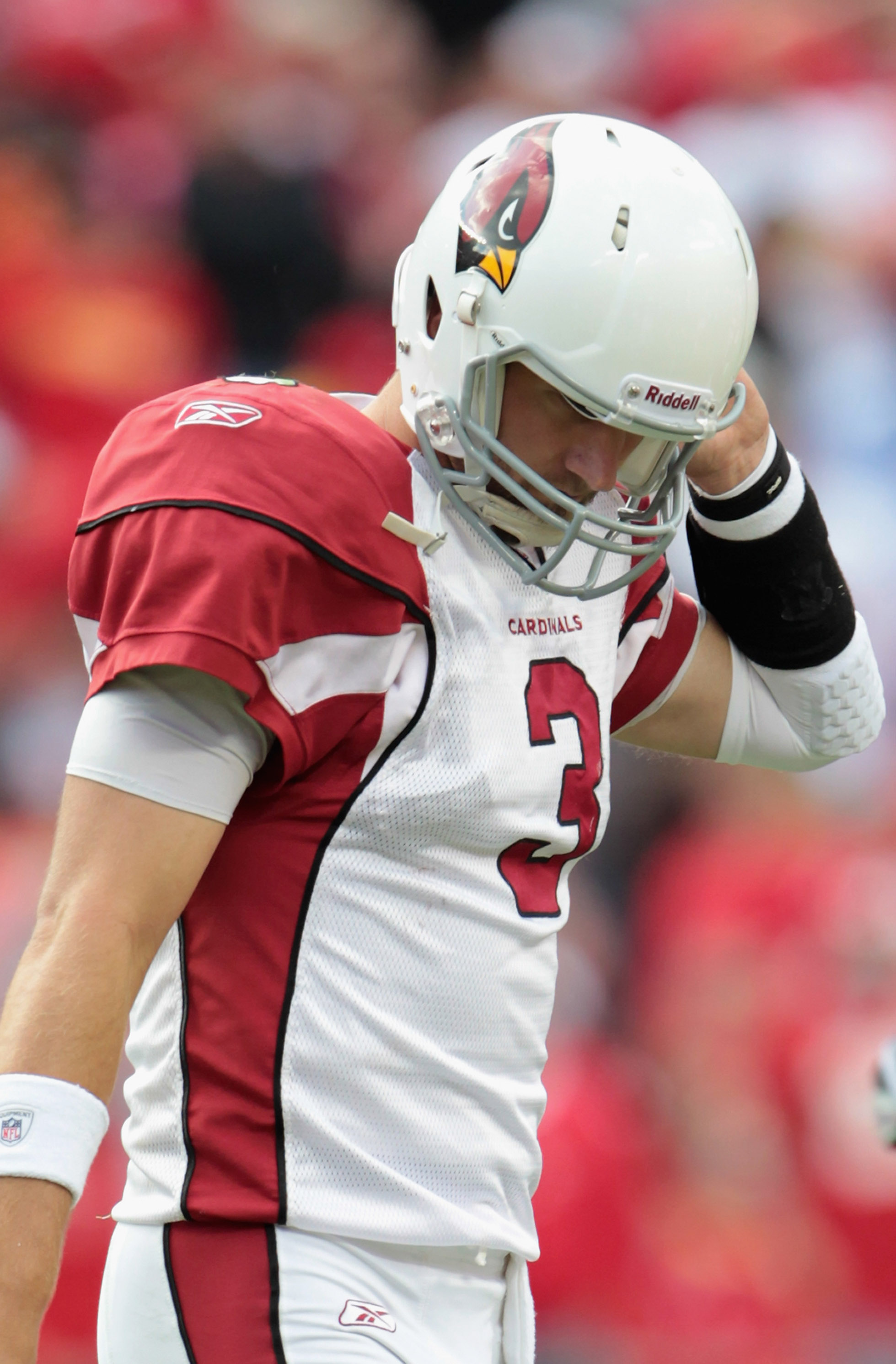 The Cardinals had 11 on Sunday, compared to five for the Chiefs.

And most of them were big, drive killing penalties, such as on the first drive when there was an offside, by Larry Fitzgerald of all players.

Next play, a zero-yard run. Then a seven-yard completion; then an incompletion, leading to a field goal.

The Cardinals, who started the season with serious problems in this area, had been doing better on not getting as many penalties, particularly their offensive line, which remains among the least penalized units in the NFL.

But Sunday, the penalties killed them.

5. The Run Game Was Solid 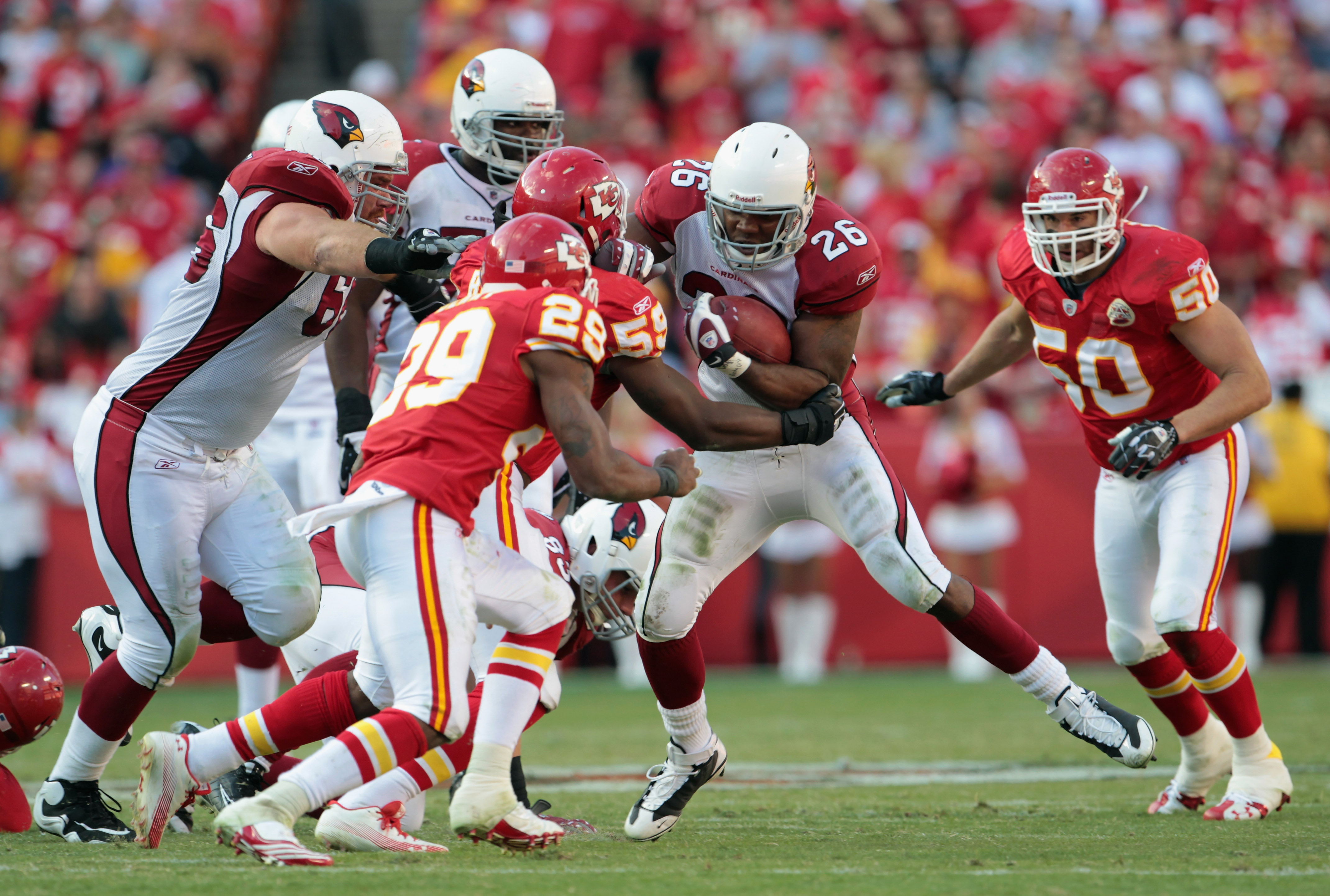 It's too bad the Cardinals only ran 20 times Sunday.

It seems like they would've ran the ball more, as they were averaging over five yards a pop.

However, the hole they dug themselves into on the scoreboard prevented that.

And, the season-long problem of inconsistency popped up again.

It seems like the Cardinals would always follow up a big 10-plus yard run with a short run.

Still, you'd like to see the play calling feature the run more with the Cardinals experiencing some success.

We'll see if that changes for the next game on Monday night against the Niners. 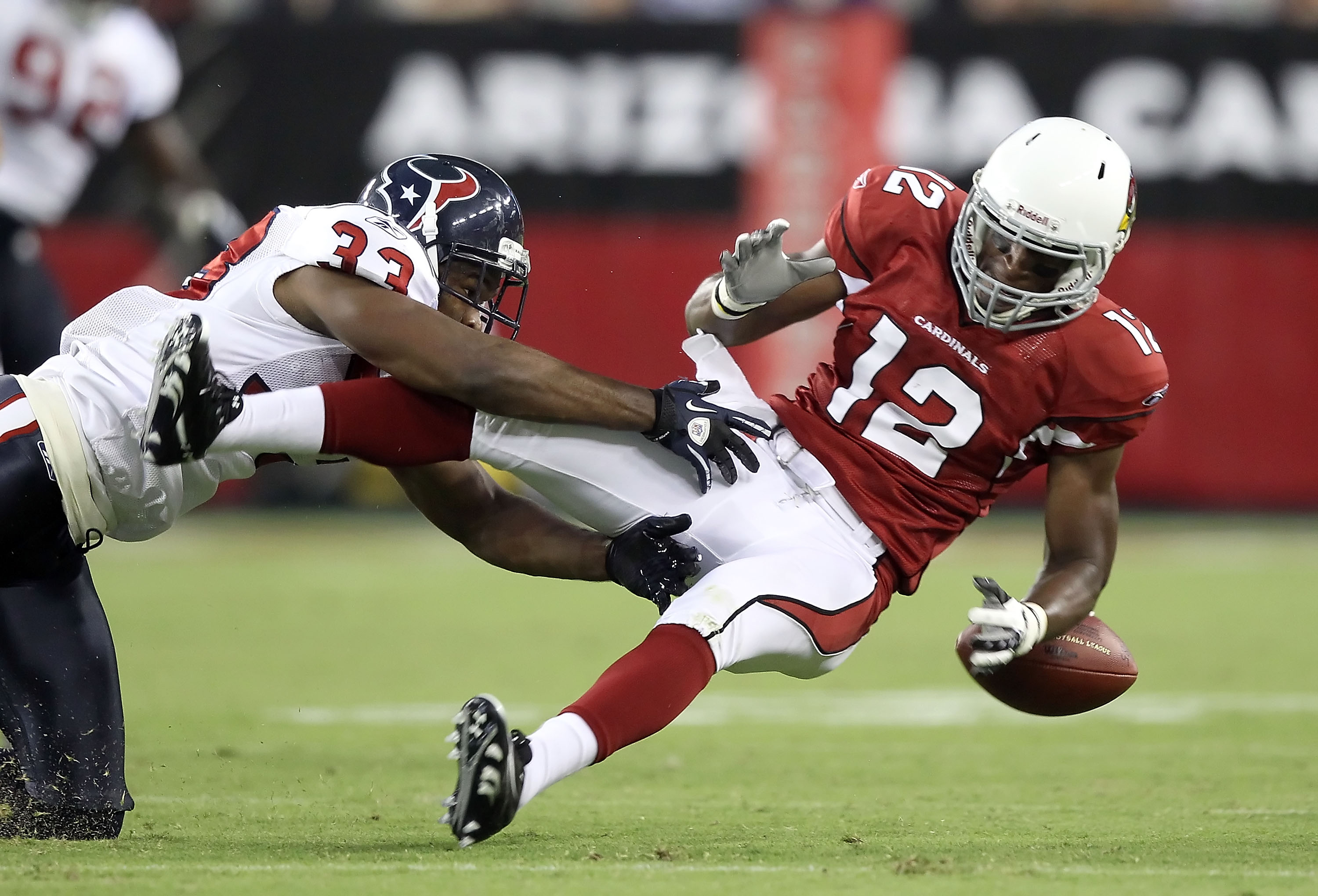 Roberts had six receptions on the day, which tied Larry Fitzgerald for the team lead.

Much of it was underneath stuff out of the slot, but it was important that he was there for Derek Anderson.

It's also true that much of his success came after Early Doucet left the game due to an injury.

But still, for a rookie, Roberts has been more and more impressive over the last few days. 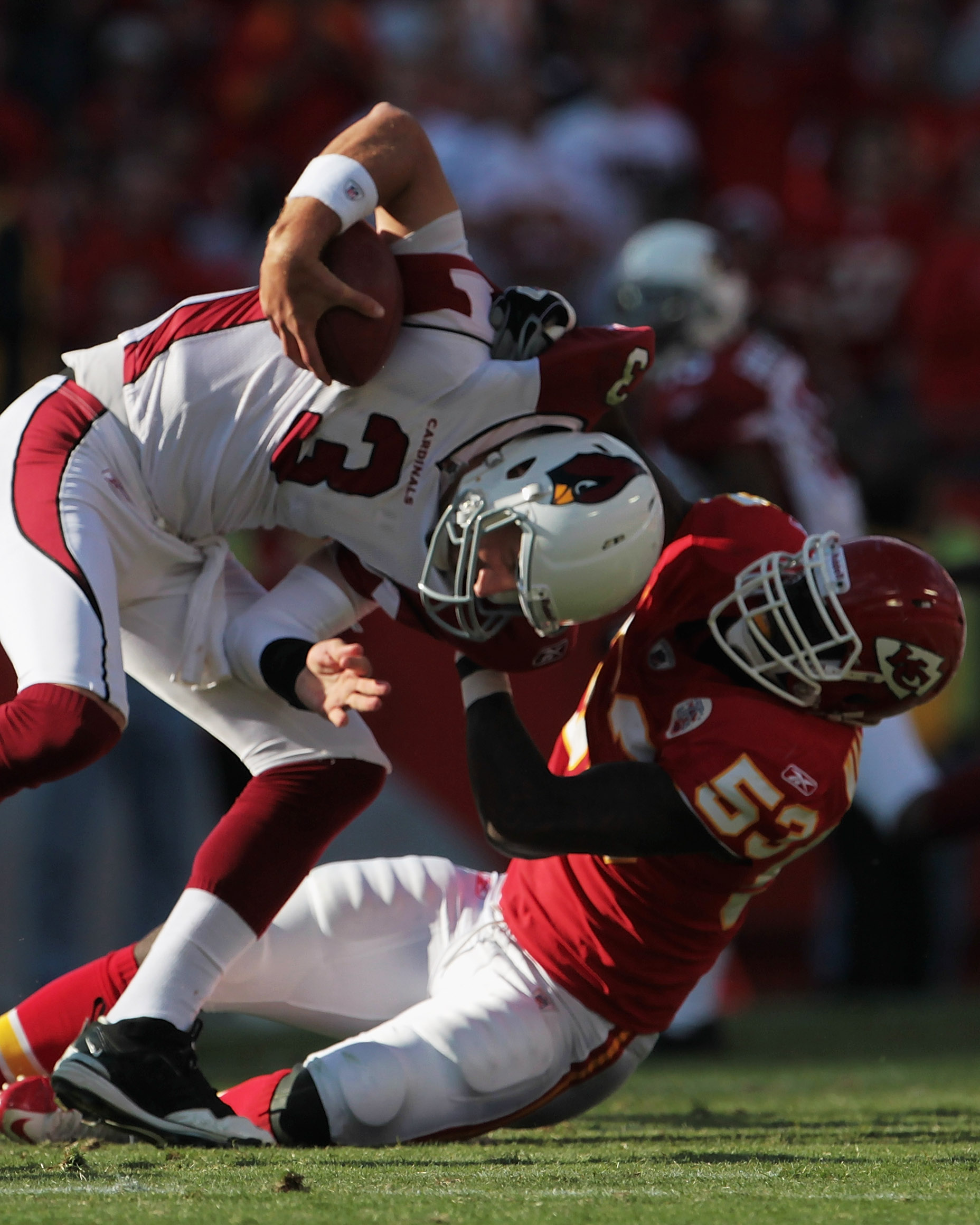 At least that's my real desire.

Only one thing makes me think that the Cardinals would dare start Anderson again.

And that is the fact that the Cardinals, who could possibly win out should they figure things out, are still in the hunt for the division with all the teams losing Sunday.

But the likelihood of that happening isn't very good.

So, I think we'll see John Skelton either this game or next.

8. The Pass Protection Was Better 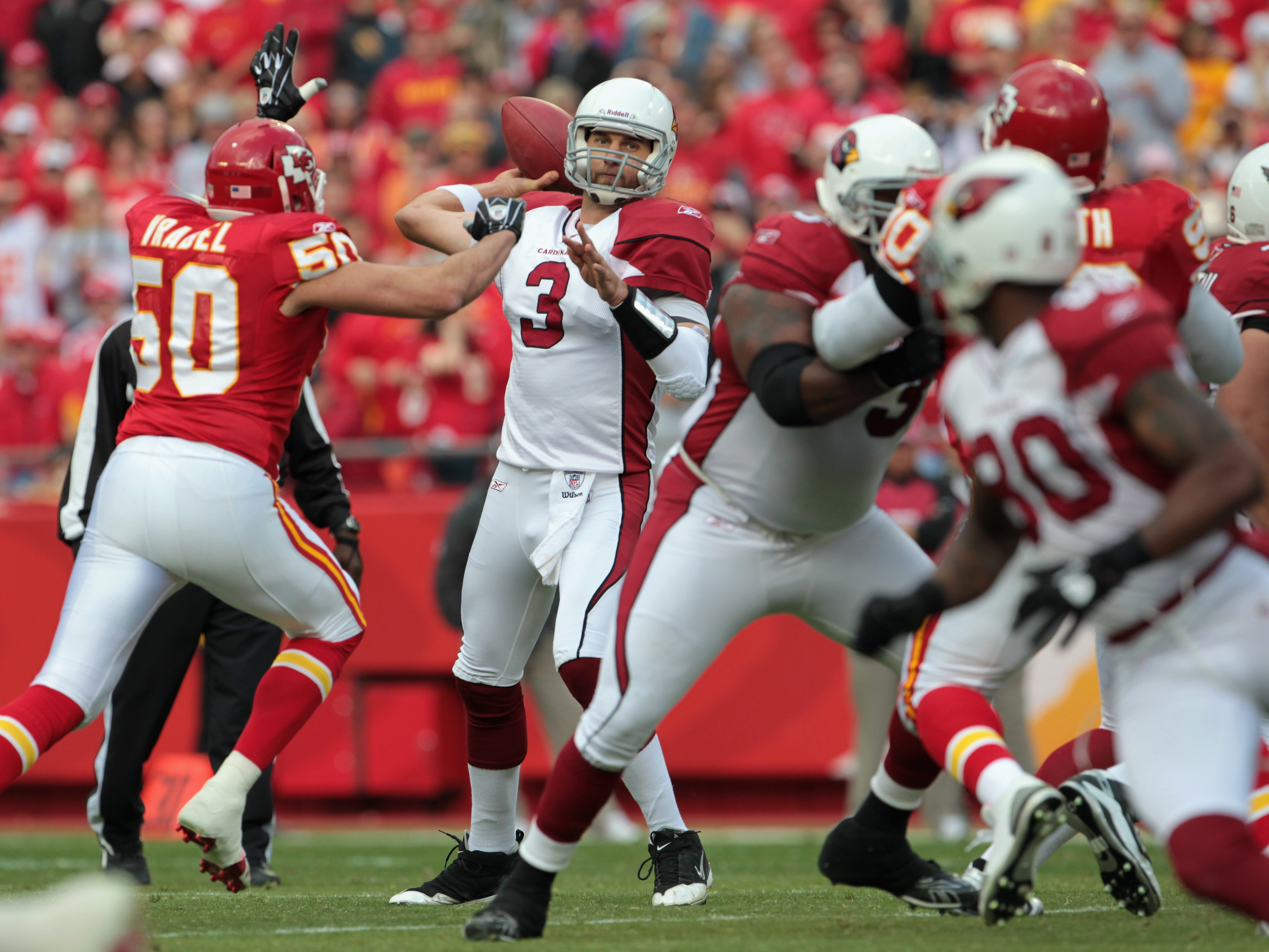 That's fairly impressive against a pretty solid defense to date in the Chiefs.

Not to mention that the Cardinals had a new tackle in Jeremy Bridges, who was starting for the injured Brandon Keith.

The line also deserves credit for opening up big holes for the run game.

It's too bad that good offensive line play doesn't always mean a win.

9. The Pass Rush Was Not There 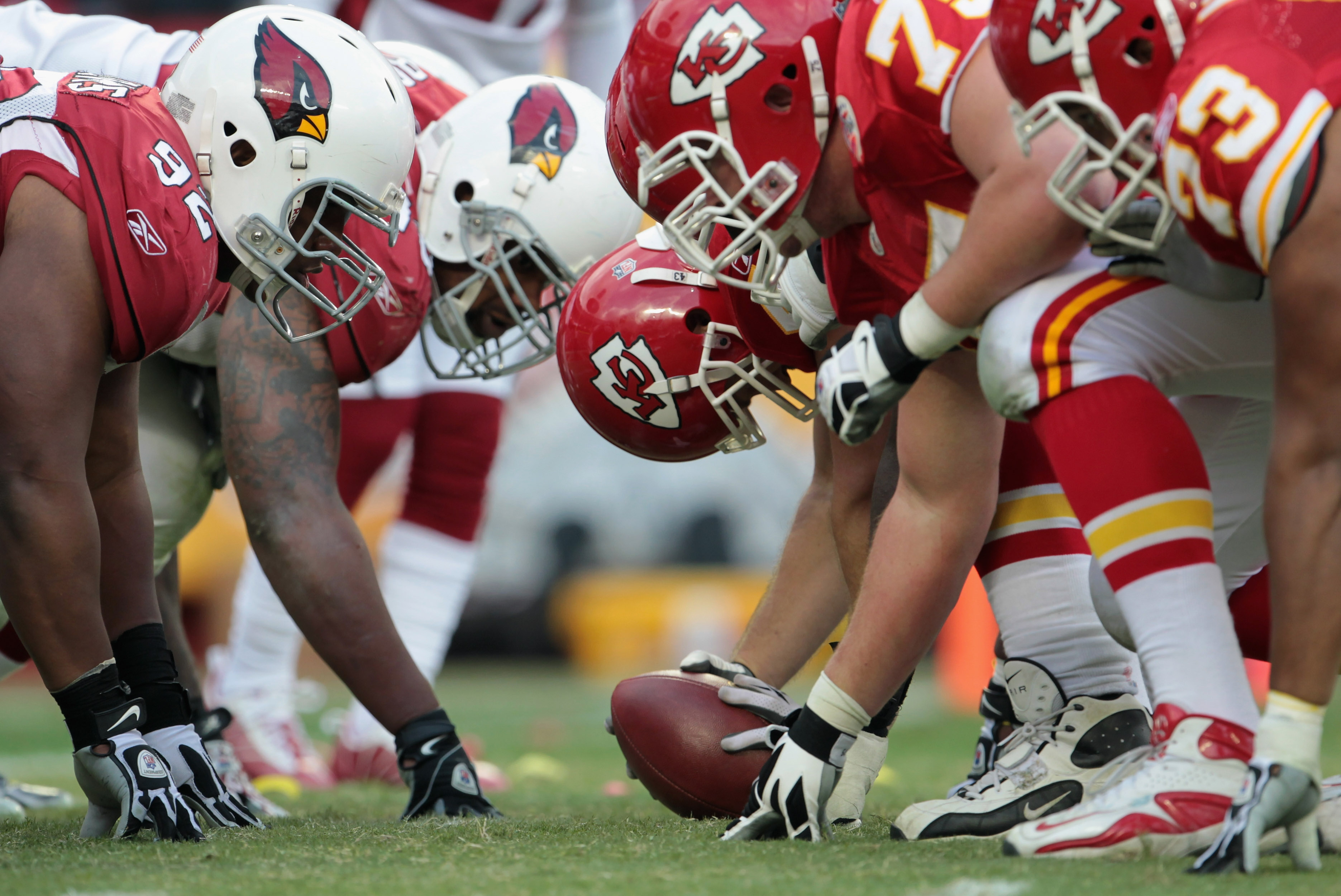 It would be one thing if we were going after Michael Vick, a very mobile QB.

So to not get a single sack on the day is a bit disappointing, quite frankly.

10. The Cardinals Didn't Finish Their Drives 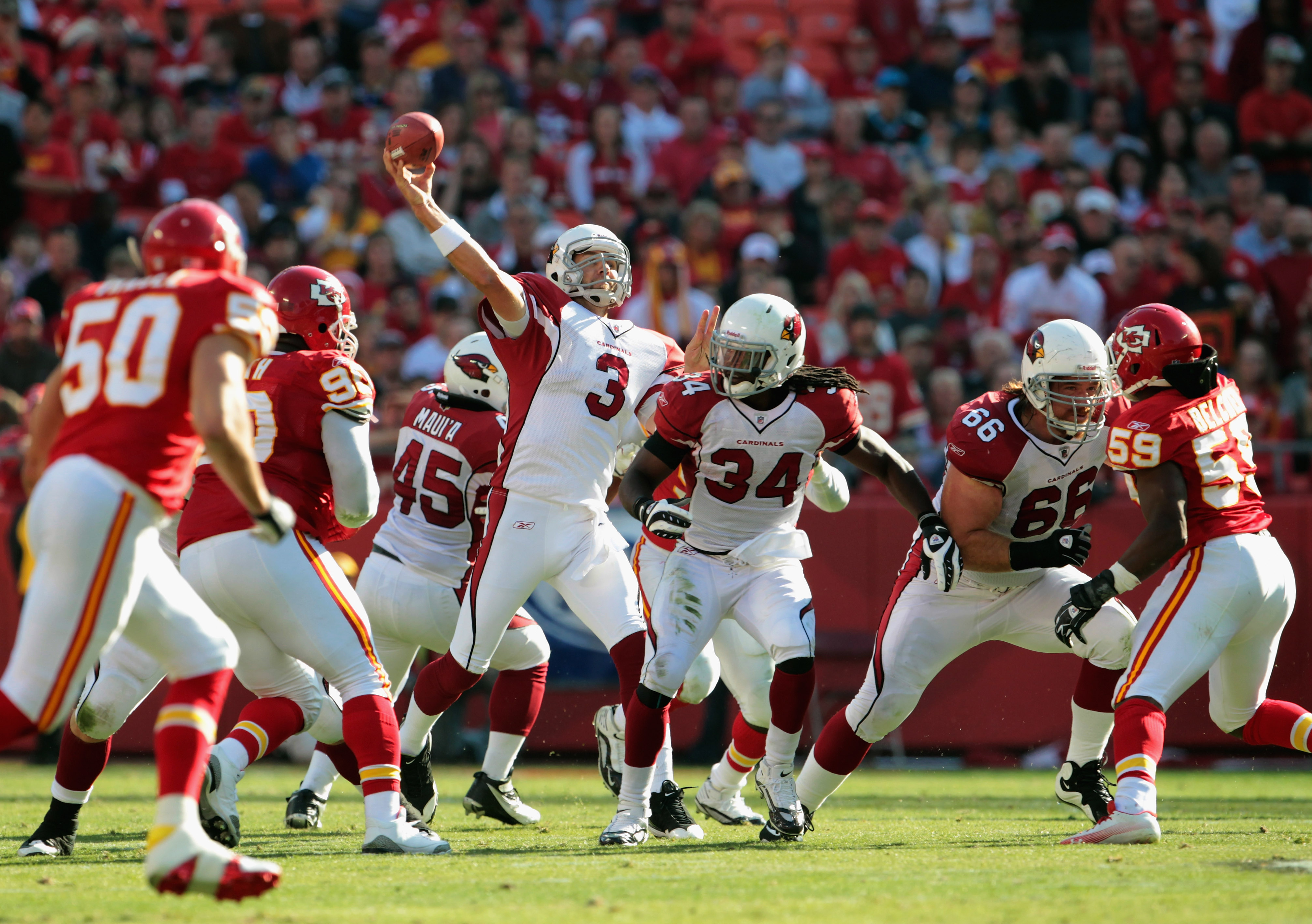 You want another big reason for the loss?

When the Chiefs got the ball rolling, so to speak, on offense, they finished with touchdowns.

The Cardinals finished with field goals, or by punting in Chiefs territory.

That's really the best way to explain the stats you saw in this game.

But it really does come down to a mix in poor play calling and inconsistency on offense.

After all, it's tough to continue to try to get a first on third and nine after a one yard run and an incompletion.

You know what I'm talking about—that scenario has happened, like, maybe a couple dozen times this season.