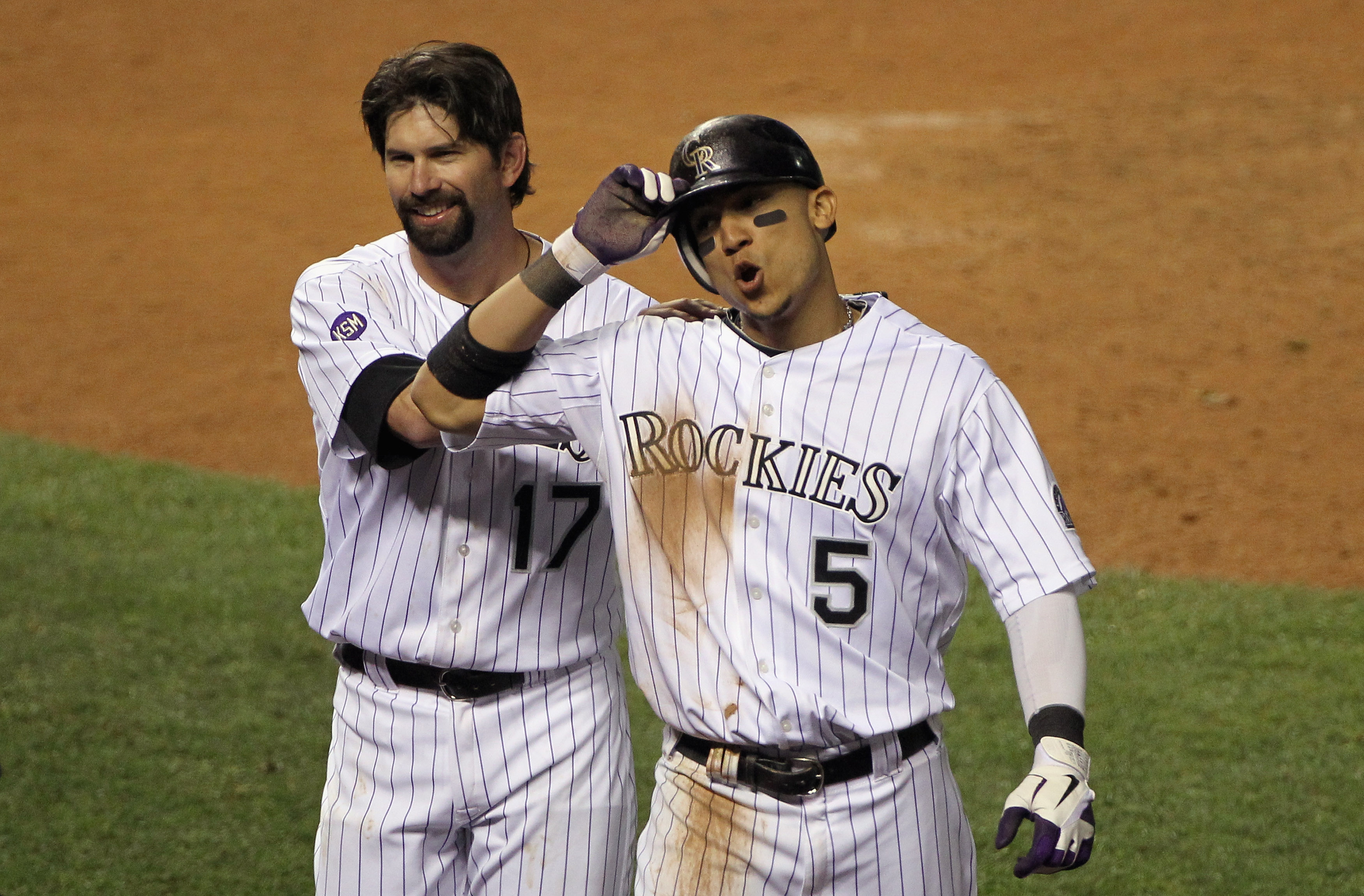 It's time to usher in a new player to the league's elite, and he may just be Major League Baseball's biggest secret.

Carlos Gonzalez finished the 2010 season with numbers that far and away defeat those of past MVPs, but did anyone notice? They should have, because he's for real. Gonzalez may have topped Albert Pujols this season, and voters should take notice.

As the MVP voting heats up, here are three reasons why Carlos Gonzalez should come out on top.

3. All-Around Balance at The Plate 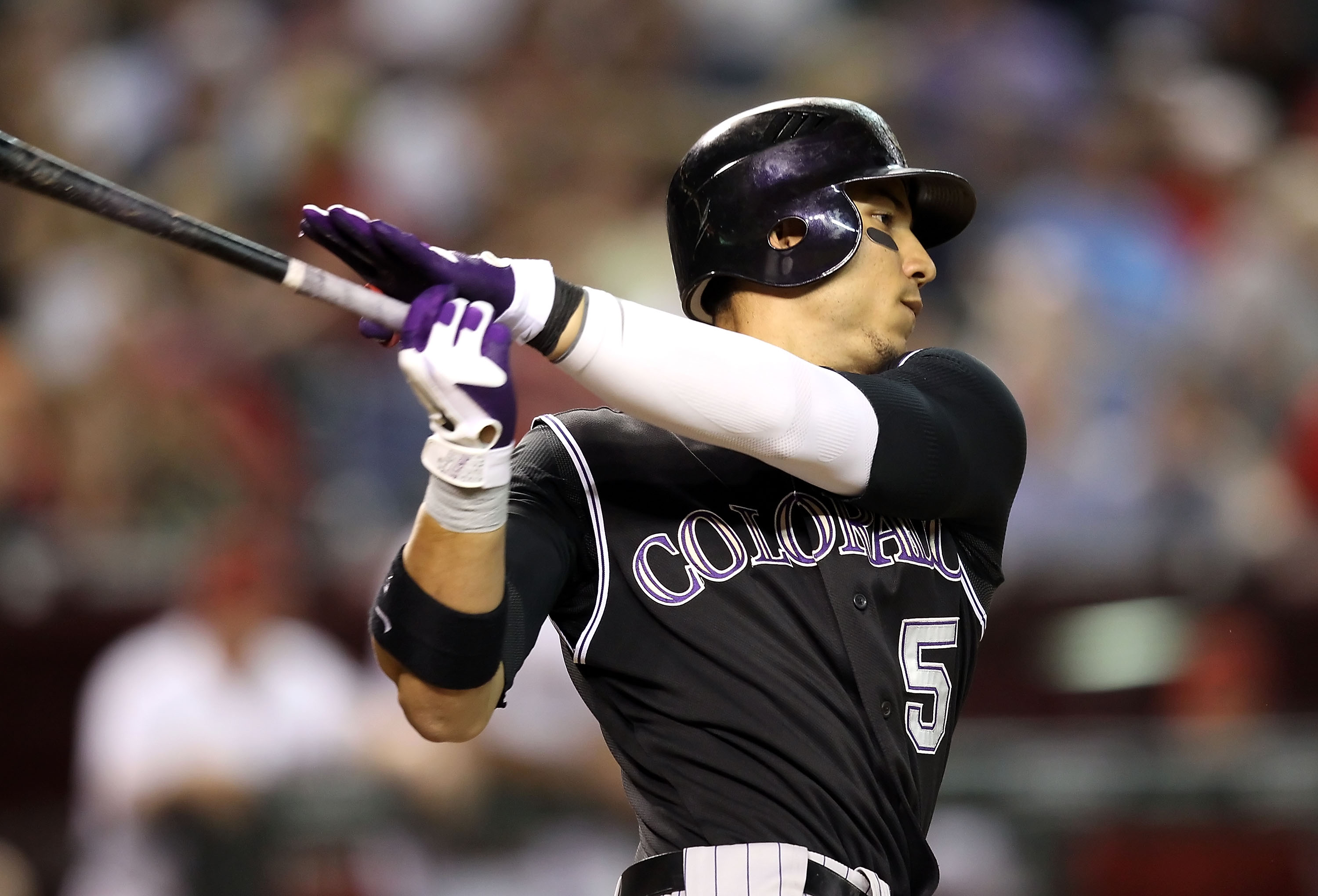 While Albert Pujols slugged 42 home runs during the regular season, Gonzalez's 34 fell a little short. However, that is still a substantial amount of power for someone who also batted .336 with 117 RBIs and a .598 slugging percentage.

Gonzalez fell just three hits shy of 200, while Pujols could only muster 183 knocks. While total bases were nearly dead even—Gonzalez claimed 351 and Pujols 350—Gonzalez needed only 48 walks to get there (eight intentional) while Albert was walked 141 times. Pujols' reputation certainly precedes him. Soon it may be the same for Gonzalez.

Carlos has not gotten off to the same start that Pujols had to begin his career, but his numbers have steadily grown since his rookie season with Oakland in 2008. He exploded in his first full season in the bigs this year.

Gonzalez's Silver Slugger Award is no fluke either. No other center fielder in the National League was close.

Offense is not the only impressive piece of Carlos Gonzalez's game. 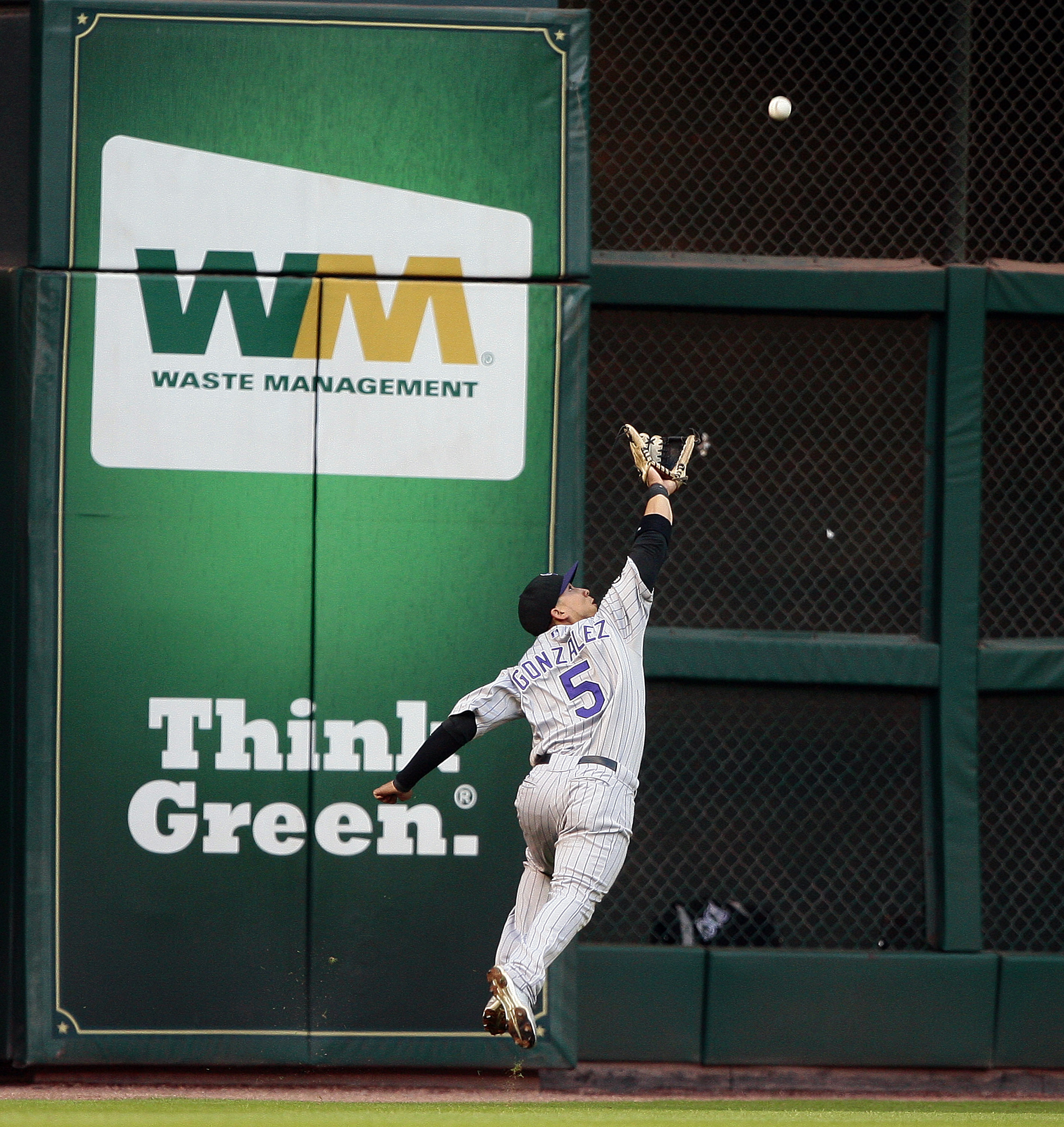 This season may mark Carlos Gonzalez's first Gold Glove, but it certainly won't be his last. To err is human, so maybe Carlos had to commit one to feel normal.

In 268 chances, Gonzalez only committed one error while collecting 259 putouts and eight assists. His fielding percentage came in at .996, mere hundredths of a percentage away from the unthinkable.

Perhaps the best part of this 25-year-old's defensive game is the fundamentals you don't see on the stat line. The center fielder has range, quickness and finely-tuned instincts. Some of the best attributes of a defensive whiz are the things that don't make the headlines.

Reading the pitch and the bounce off the bat is hard to teach, and even harder to learn. Knowing the situation of the base runners and outs at all times is a vital piece to every fielder's defensive game. Gonzalez does this on a routine basis.

Having the ability to do this in a vast space such as the outfield is more impressive than playing first base.

1. The Brightness of Youth 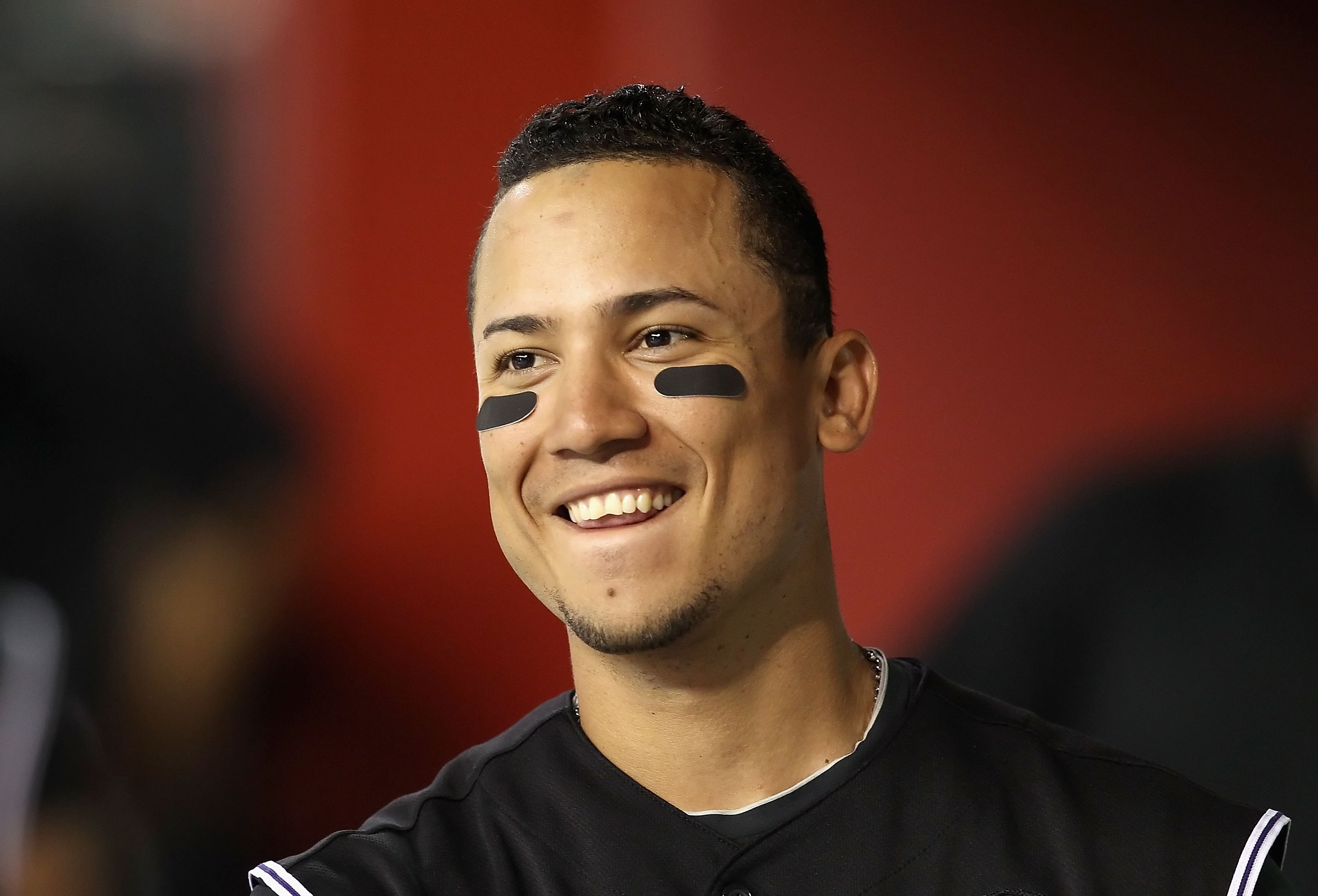 He is barely 25 years old and he already has conquered much of the game at the highest level. An MVP candidate must have the ability to lead his team and be the largest piece of its success.

While Gonzalez has a large supporting cast, he also demands respect from his teammates at a very young age. To be the man that drives a team towards a pennant race at just 24-years-old, that kind of performance deserves recognition.

Finally, a new era is on the horizon. Pujols no longer stands alone as the clear-cut winner. He is no old man by any stretch of the imagination, as he is only 30, but Gonzalez is not far off the pace set by the first baseman earlier in the decade.

As they say, only time will tell. But thus far, time is screaming, "GONZALEZ!"