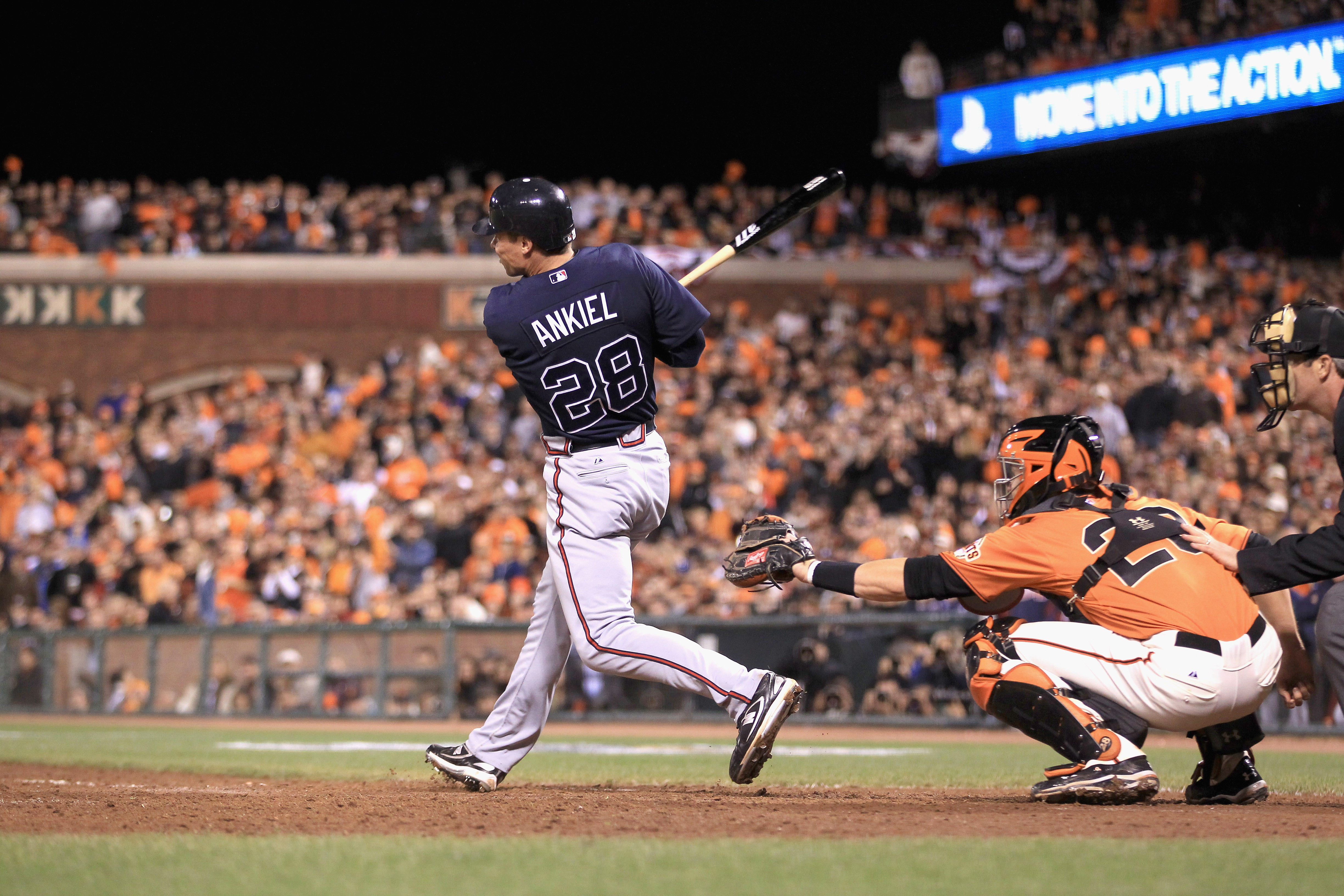 This offseason marks a turbulent time for Major League Baseball, as several key names around the league are free agents, and many of them have already begun the steps towards a new team and a new beginning.

By now, experts and analysts everywhere are already buzzing about the possibilities of blockbuster trades and big-name free agent signings.

Los Angeles Dodgers GM Ned Colletti has leaked to the media his plan to add starting and relief pitching, and maybe acquire a power bat if the price is right.

With this in mind, let's explore the possibilities no one is talking about. 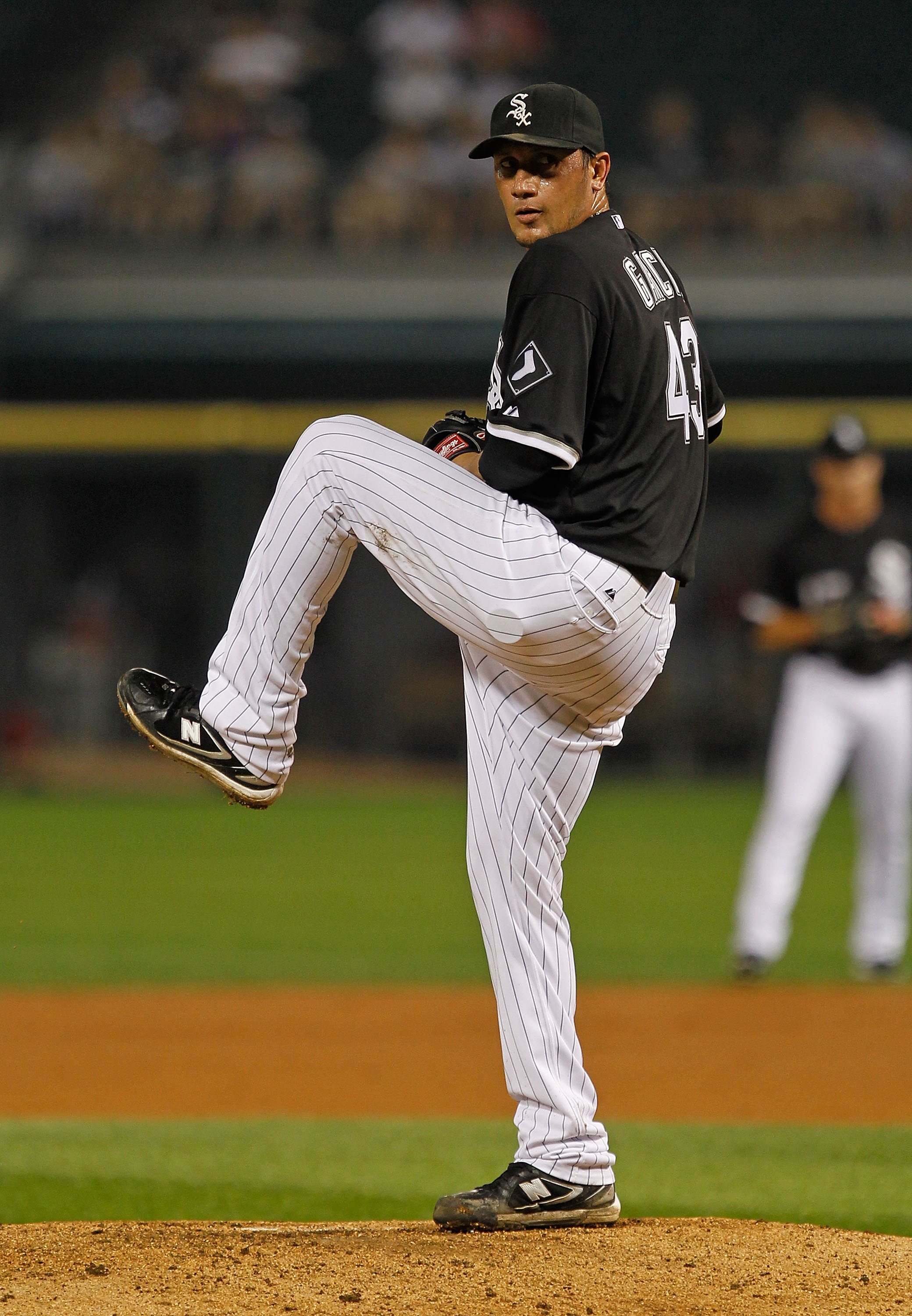 With the signing of Ted Lilly and the large contract Hiroki Kuroda will seek in free agency, it is possible the Dodgers will have to settle for a bargain, and a right-handed pitcher in the back of the rotation.

Having Clayton Kershaw and Lilly at the front of the rotation means a right-hander in the middle or back of the five would make sense, and Freddy Garcia could fill that role nicely.

From 2007-09, Garcia appeared in a total of only 23 games due to injuries, less than one full season by most standards.

He rebounded well in 2010 for the White Sox, posting 12 wins with a slightly under-average 4.64 ERA. With those numbers, his asking price would be right in the middle of the Dodgers' range.

Garcia is a workhorse when healthy, and has posted at least 28 game appearances in seven of his 12 Major League seasons. If he can stay healthy, the righty might be a valuable asset to the team.

Can you see it now? The big right-hander toeing the slab on a hot summer day with his blue LA hat featuring a bill bent like an IHOP entryway? 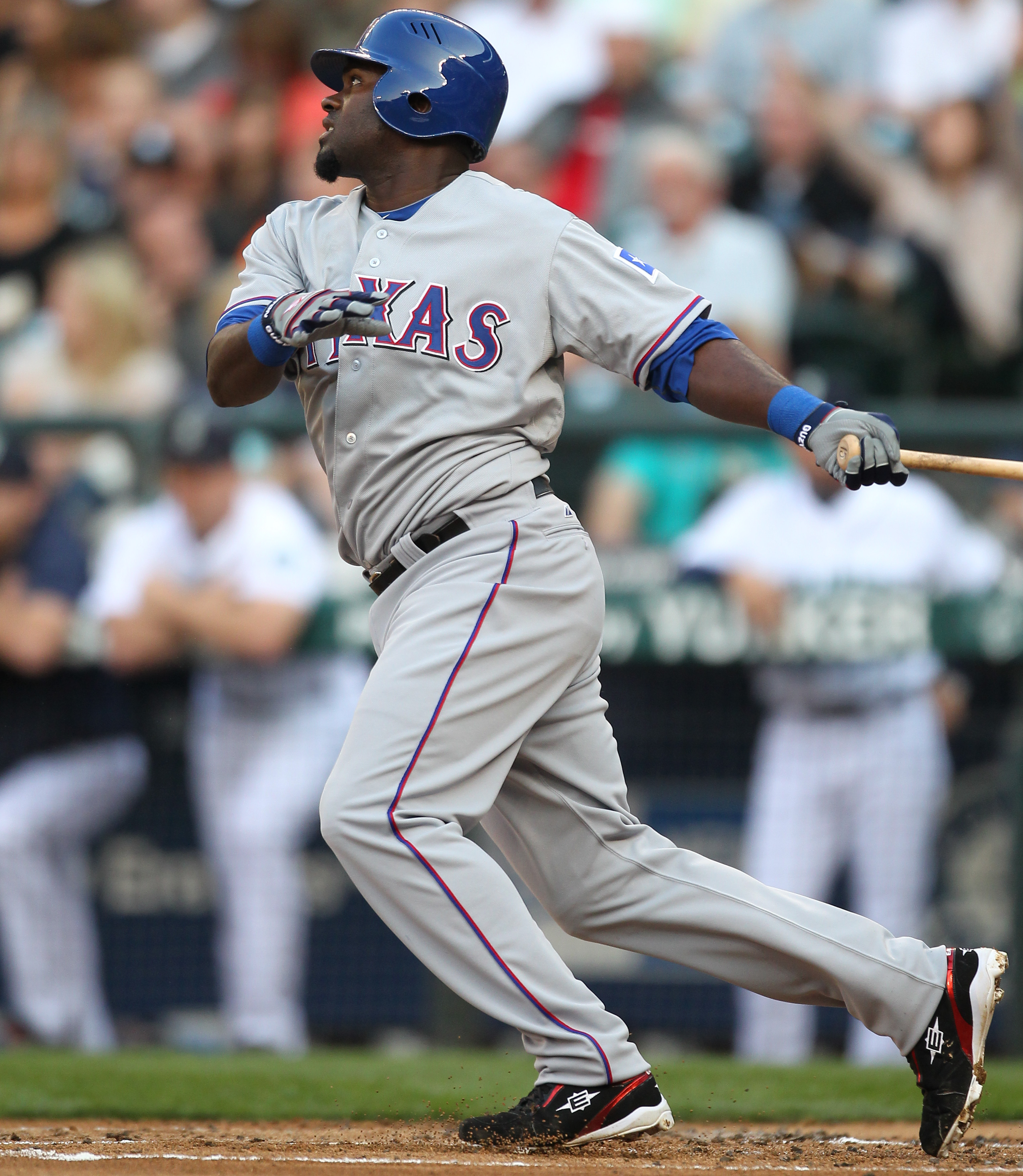 After acquiring Second Baseman Ryan Theriot along with Lilly at the deadline, Theriot's time with the Dodgers may already be coming to an end. If the Dodgers non-tender the veteran, they would then explore options for another utility infielder.

Despite Theriot's hitting woes down the stretch of the 2010 season, Dodgers fans would likely welcome him back, desiring to have a stable middle infielder. Los Angeles has had several players attempt to fill the gap left by the retirement of Jeff Kent, but so far no one has stepped up to solidify the spot.

Angel Berroa, Jamey Carroll, Orlando Hudson, Ronnie Belliard, Blake DeWitt, and most recently Theriot are just some of the names acquired and let go since Kent called it quits.

The Texas Rangers, thwarted by the Giants in their quest for their first-ever World Series, have decided to part ways with veteran Cristian Guzman, an infielder with the ability to play on either side of the diamond, and fill in when needed.

Guzman has some power, and the ability to drive in runs, aspects missing from Theriot's game despite his stout defensive skill set. Guzman would also offer leadership and experience to a largely young squad looking for stability.

The price may be right for Guzman, but the Dodgers might explore other infield options before reaching out to Guzman's agent.

Adrian Beltre may be out of Los Angeles' price range, although seeing him at the hot corner again in Chavez Ravine would remind fans of a happier time. 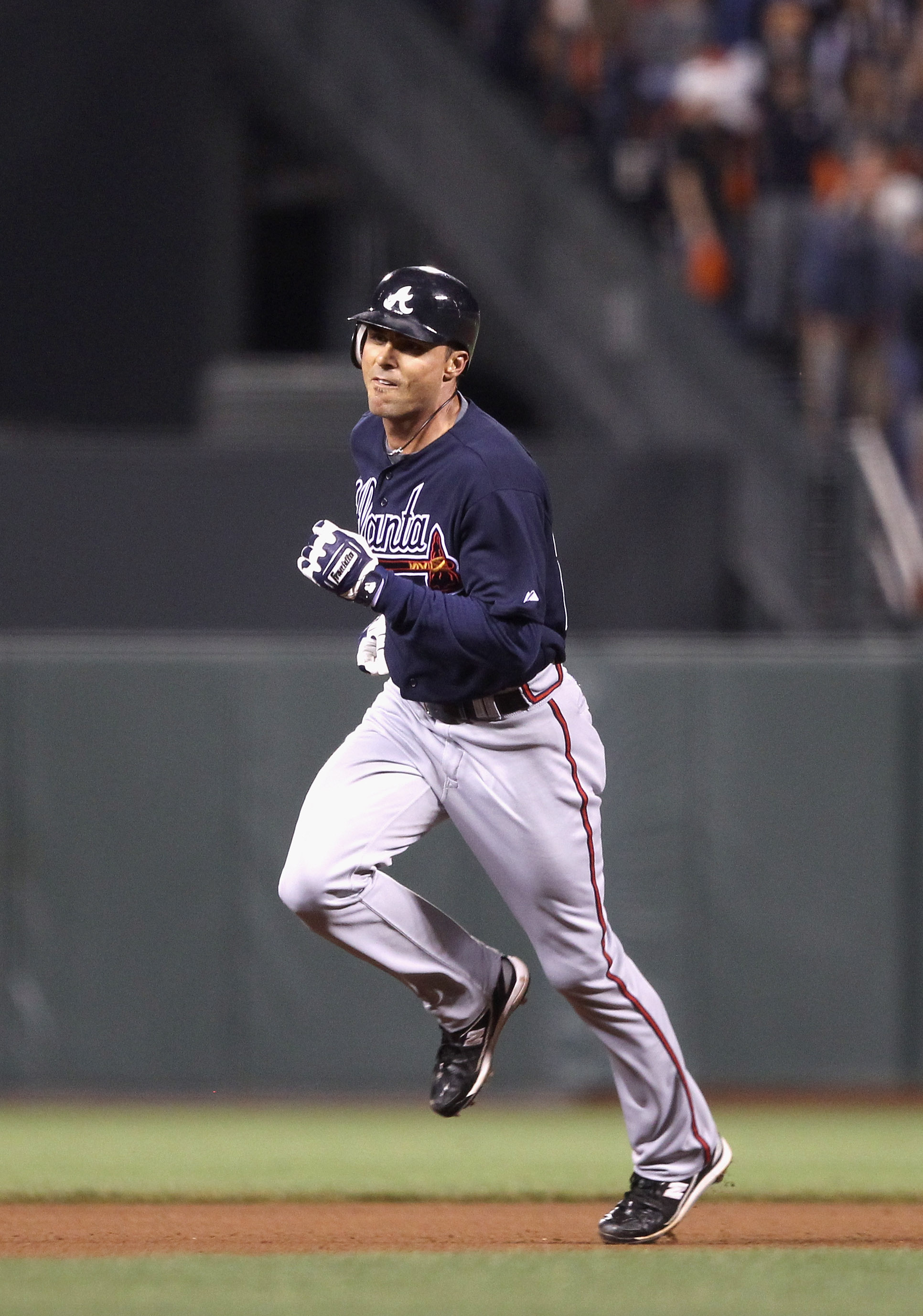 Let's face it: The Dodgers are not afraid to employ players linked to steroid or PED use. Rick Ankiel is one of those names that has repeatedly been used when referring to players getting an unfair advantage through pharmaceutical means.

However, his decent power and smaller price tag may sway the Dodgers away from Adam Dunn and Jayson Werth, two players that may be out of wallet's reach.

Instead of California Dreamin', Ankiel is a solid defender with a cannon on his left shoulder. The former pitcher bats from the left side, and has shown fleeting signs of power, hitting 25 home runs for the Cardinals in 2008.

Potential cons: Ankiel may be injury prone, splitting time on the disabled list for the Kansas City Royals and Atlanta Braves last season. The Dodgers would need to sign him to a short-term contract to avoid repeating the Andruw Jones situation that tied up payroll for a ghost of a player.

Potential pros: A bargain bat with solid right-field defense, and moving Andre Eithier to left field. Ankiel would also provide a decent on-base percentage for the heart of the line-up. The only question is his willingness to play in LA.

The journeyman left-hander might find his way back to one of his many former clubs, the Los Angeles Dodgers. Beimel is an innings-eater, providing long relief out of the 'pen when starters make early exits.

Beimel spent three seasons with the Blue Crew from 2006-08, and appeared in no fewer than 62 games in any one season. He averaged a 2.95 ERA while setting up then-closer Takashi Saito.

With the status of George Sherrill unknown, Beimel might be an off-season pick up that would prove invaluable in a time of turmoil in the Dodgers organization.

If Beimel is willing to come back, issues surrounding a depleted bullpen would be greatly addressed.

Los Angeles is coming off one of the worst bullpen seasons in recent history, and Beimel's stability and low ERA make him a target for a team looking to be competitive again. 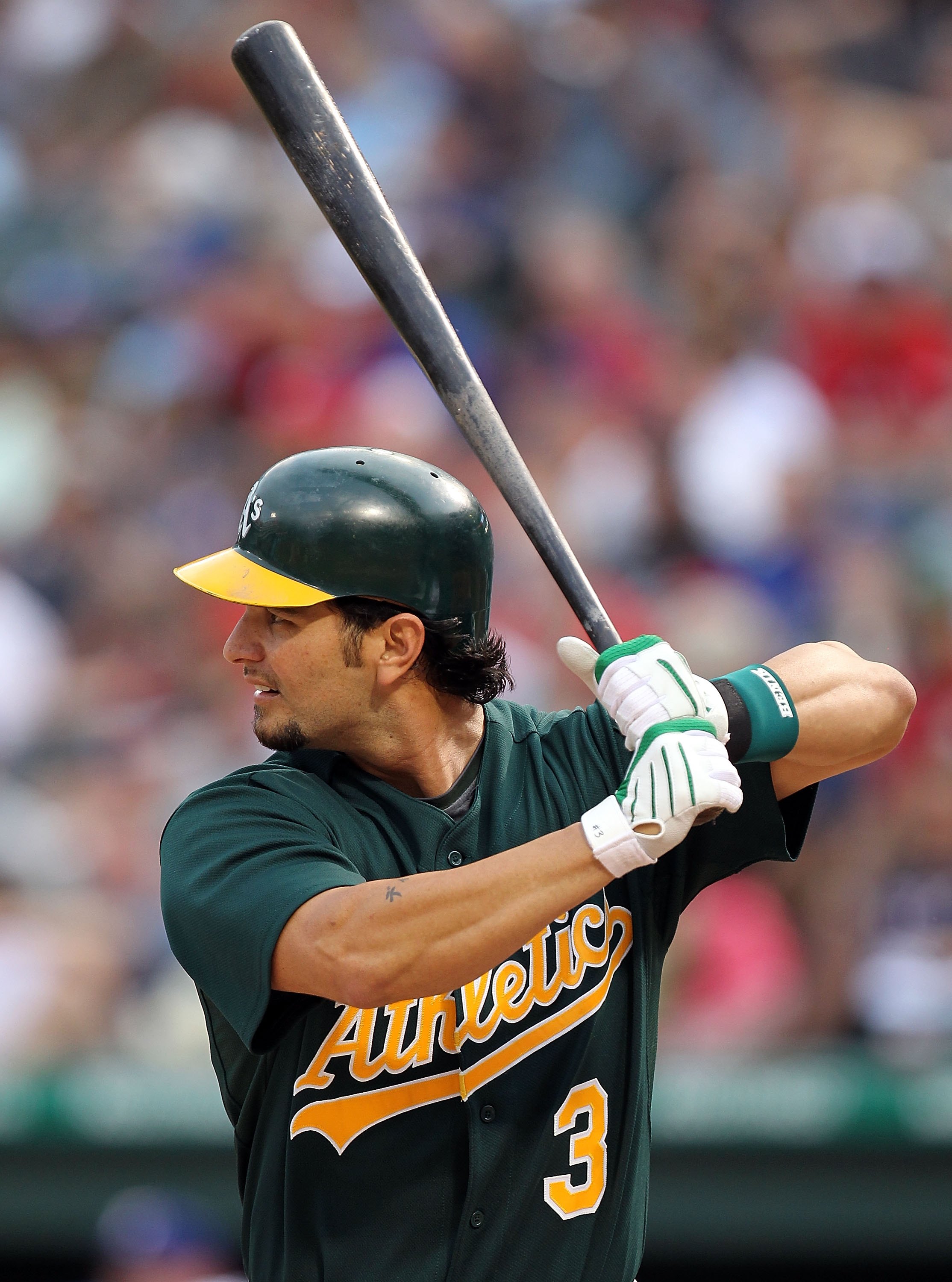 At first this may seem like a crazy pick, and perhaps it is. The main reason: Who knows what Chavez has left in his tank?

The Dodgers have reached out to players in the middle of career slumps before, so Chavez is not completely out of the question. In 13 seasons with the A's, Chavez played the majority of them at third base, but also saw action at shortstop, first base and the outfield.

MLB followers probably haven't heard his name recently because he has only played a combined 64 games over the last three seasons, most of which were as a DH in limited action.

With the acquisitions of Jack Cust and more recently Kevin Kouzmanoff, the A's no longer had use for him and granted his release.

Chavez is a decent candidate for a limited utility position for Los Angeles, and his price would be so low, the Dodgers wouldn't risk much by way of payroll in at least inviting him to Spring Training.

His style is similar to Blake DeWitt's, but his range and impact at the plate are near-completely unknown.

Perhaps this is completely ill-advised, but giving Chavez a chance in the Spring couldn't hurt. Who knows...he may surprise everyone.