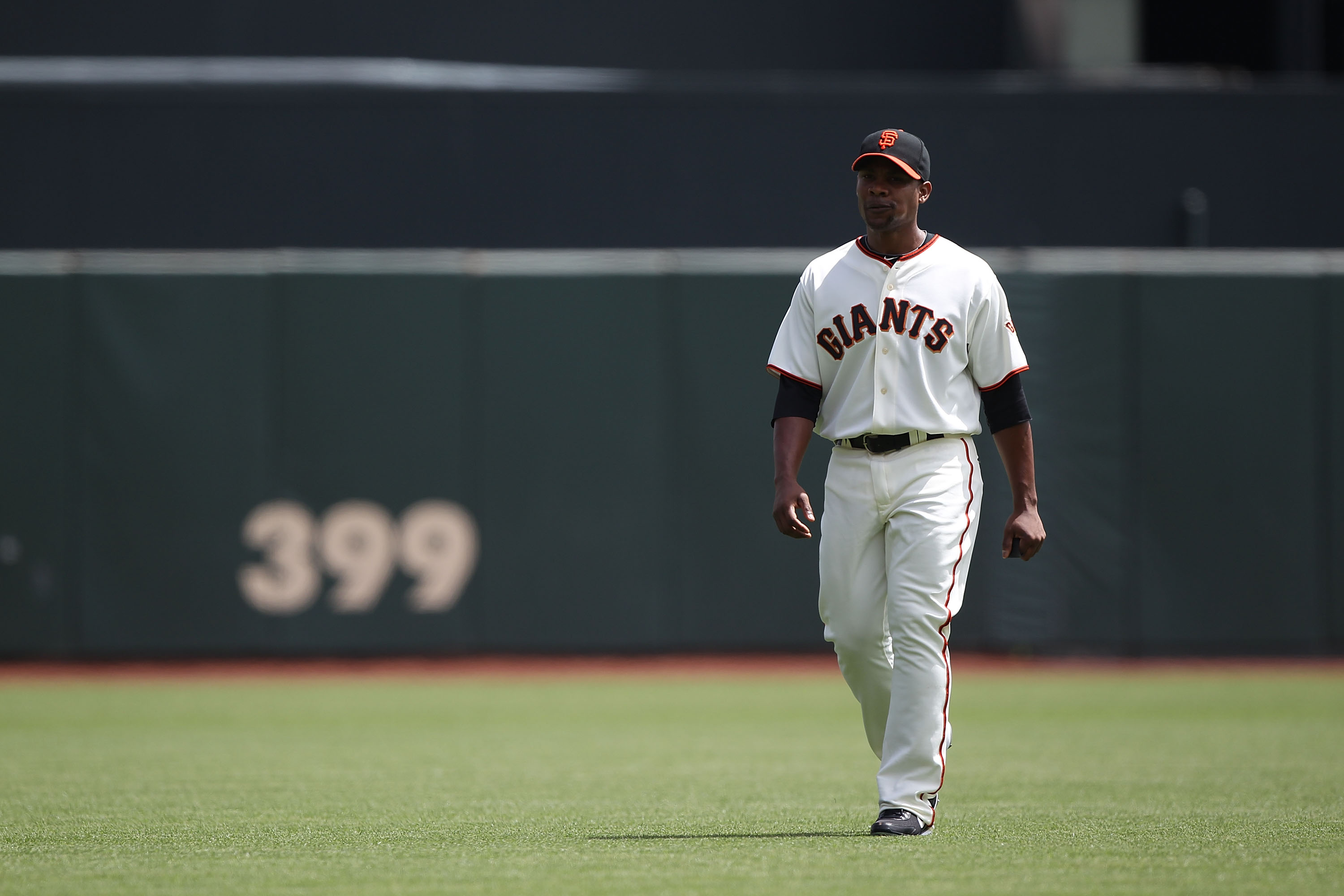 Jose Guillen, a midseason pickup by the National League champion San Francisco Giants, has been linked to a federal performance-enhancing drug investigation, The New York Times reported on Thursday.

According to the Times, federal investigators informed Major League Baseball just prior to the start of the playoffs that they were looking into shipments of performance-enhancing drugs—including human growth hormone (HGH)—to Guillen's wife at their Bay Area home.

Guillen, who came to the Giants from the Kansas City Royals in a trade for cash and a player to be named later on Aug. 13, hit .266 with three home runs and 15 RBI in 42 games.

Despite his relative lack of production, he was still expected to be named to San Francisco's postseason roster. Surprisingly, fellow outfielder Aaron Rowand, who had struggled all season long, was named instead.

This could be why.

Jose Guillen Left Off Playoff Roster—Now We Know Why 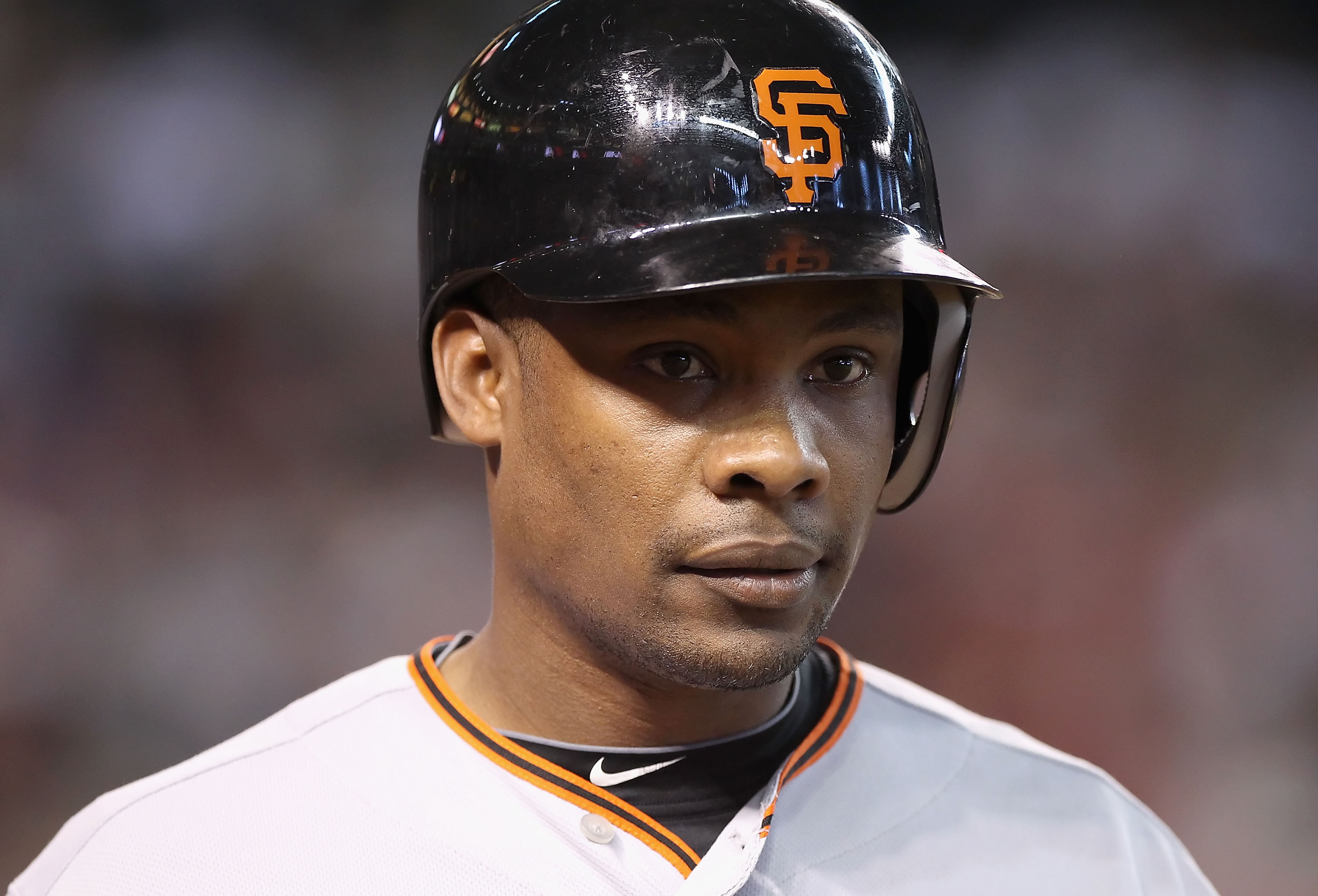 Several weeks ago, just before their National League Division Series roster was due, it appears that federal investigators informed Major League Baseball of Guillen's link to the PED investigation.

According to The Times, commissioner Bud Selig's office then opened an investigation of its own and "told the Giants that they should consider leaving Guillen off the postseason roster. The Giants did just that." 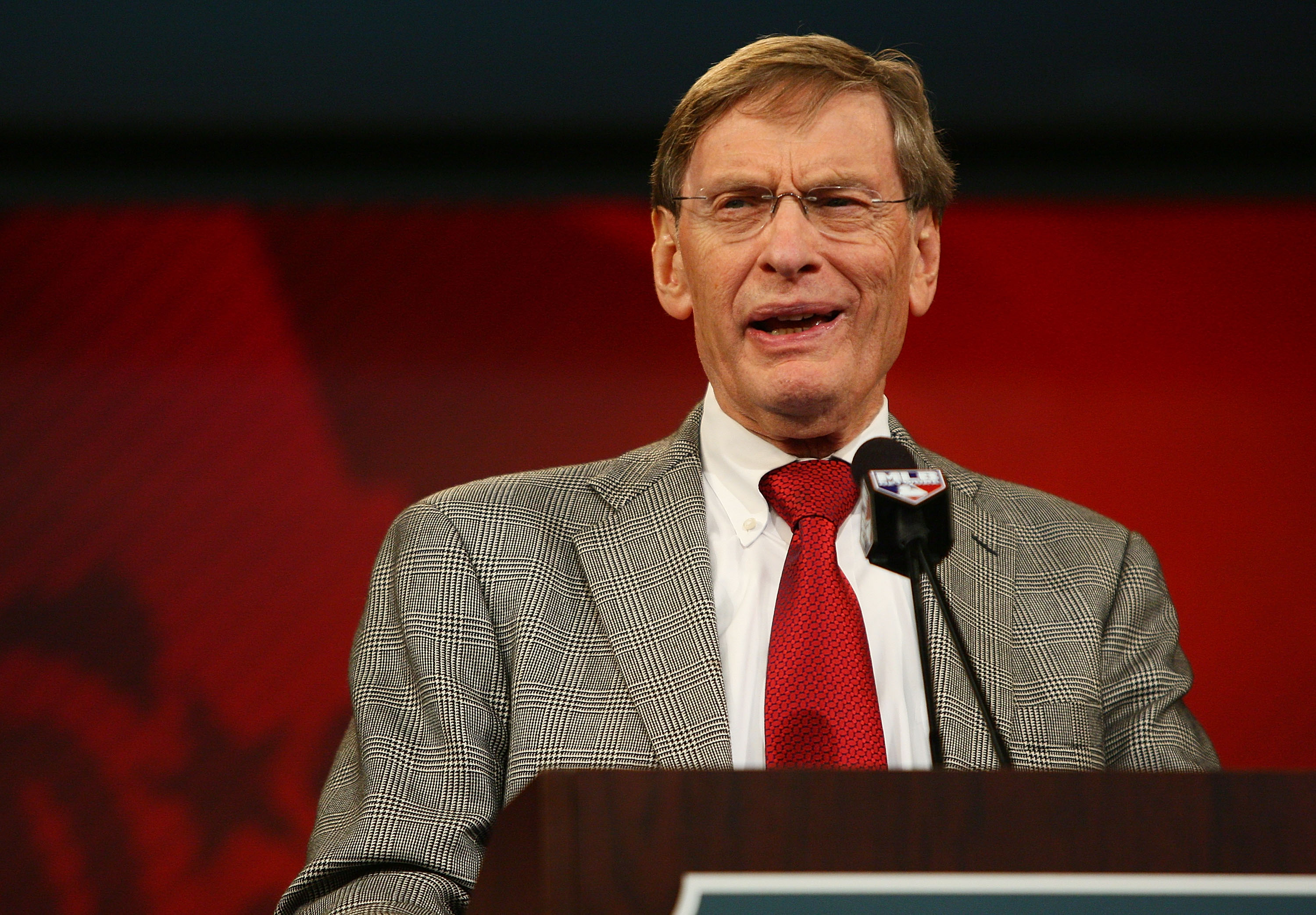 A Major League Baseball spokesperson chose not to comment on the story at this time.

This Isn't Guillen's First Brush With The PED Game 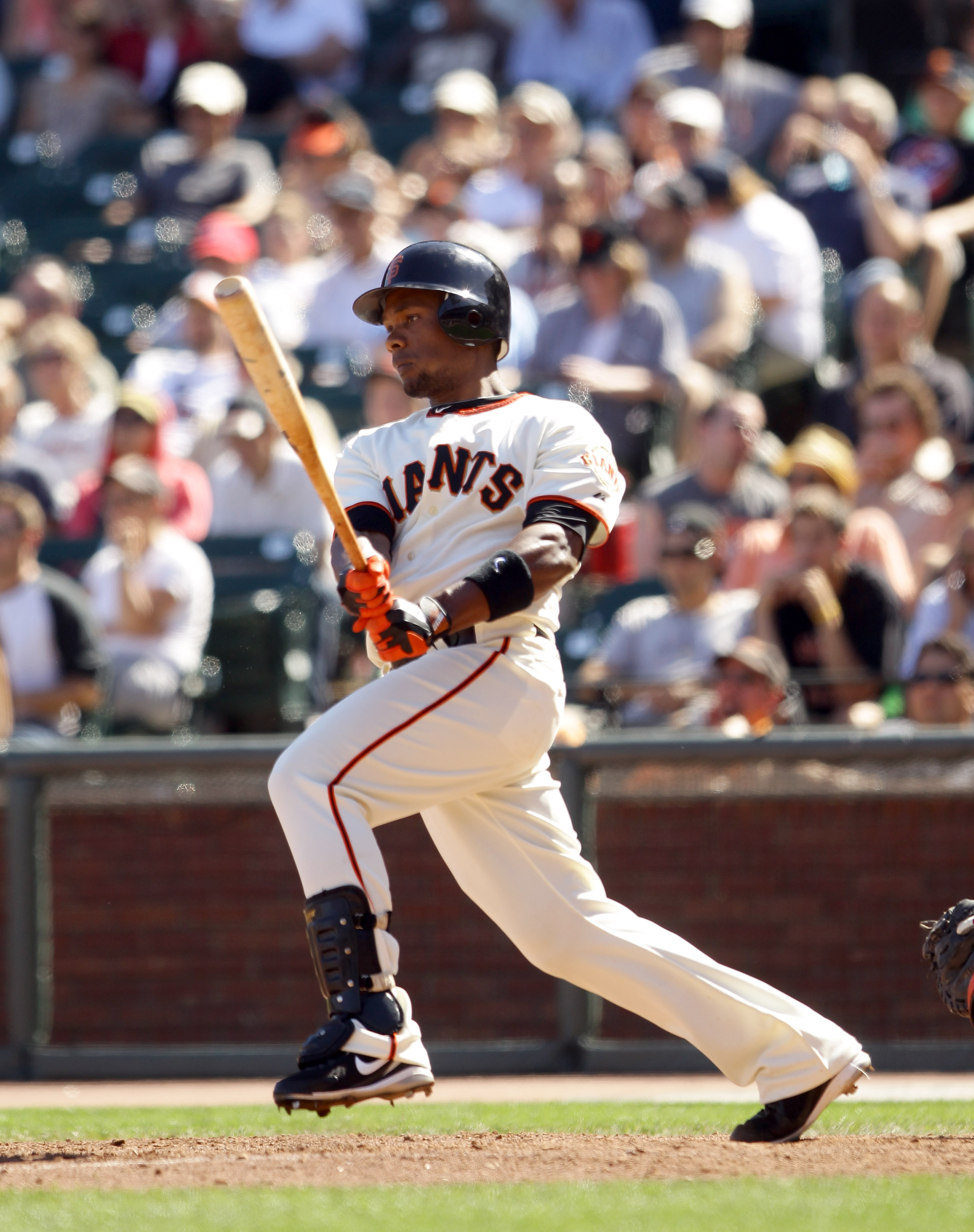 This isn't Guillen's first link to performance-enhancing drugs. The 34-year-old native of the Dominican Republic was suspended 15 games at the start of the 2008 season (though the suspension was later rescinded following an agreement on changes to the league's drug-testing policy) and was named in the infamous Mitchell Report.

It was also reported in 2007 that, in 2003, Guillen received performance-enhancing drugs sent to him directly at the Oakland Coliseum.

A Career Marked By Controversy 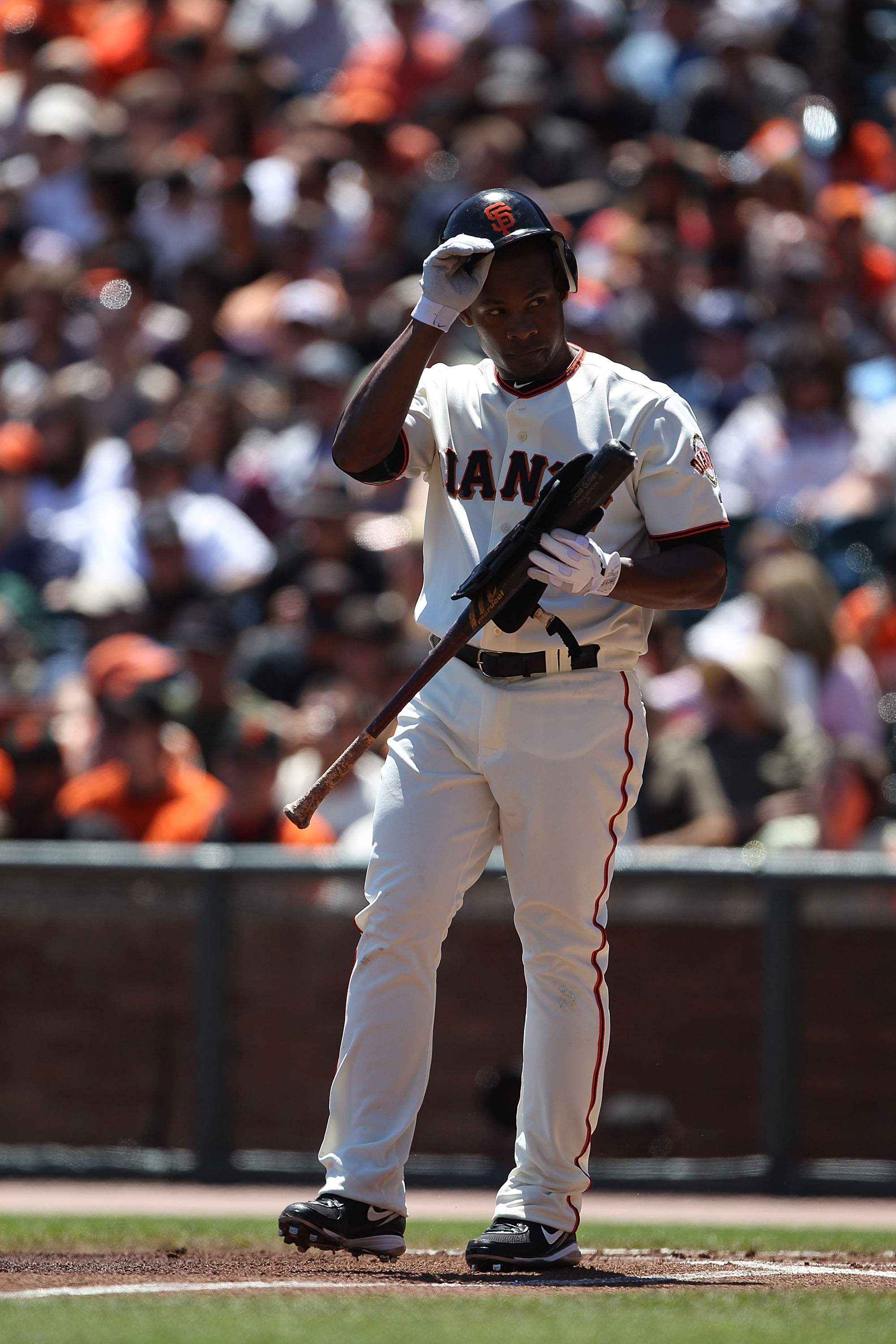 Guillen's skill and natural ability as a hitter has been largely overshadowed by these drug-related controversies and his renowned temper.

In 2004 as a member of the Angels, Guillen had a well-publicized spat with then manager Mike Scioscia after Guillen was removed for a pinch-runner.

The next season, as a member of the Nationals, Guillen faced his old team and told reporters:

"I don't got truly no respect for [Scioscia] anymore because I'm still hurt from what happened last year. ... Mike Scioscia, to me, is like a piece of garbage. ... He can go to hell. ... I can never get over about what happened last year. It's something I'm never going to forget. Any time I play that team, Mike Scioscia's managing, it's always going to be personal to me."