Jets Vs. Bills: Can New York Halt The Buffalo Herd in Week 4? 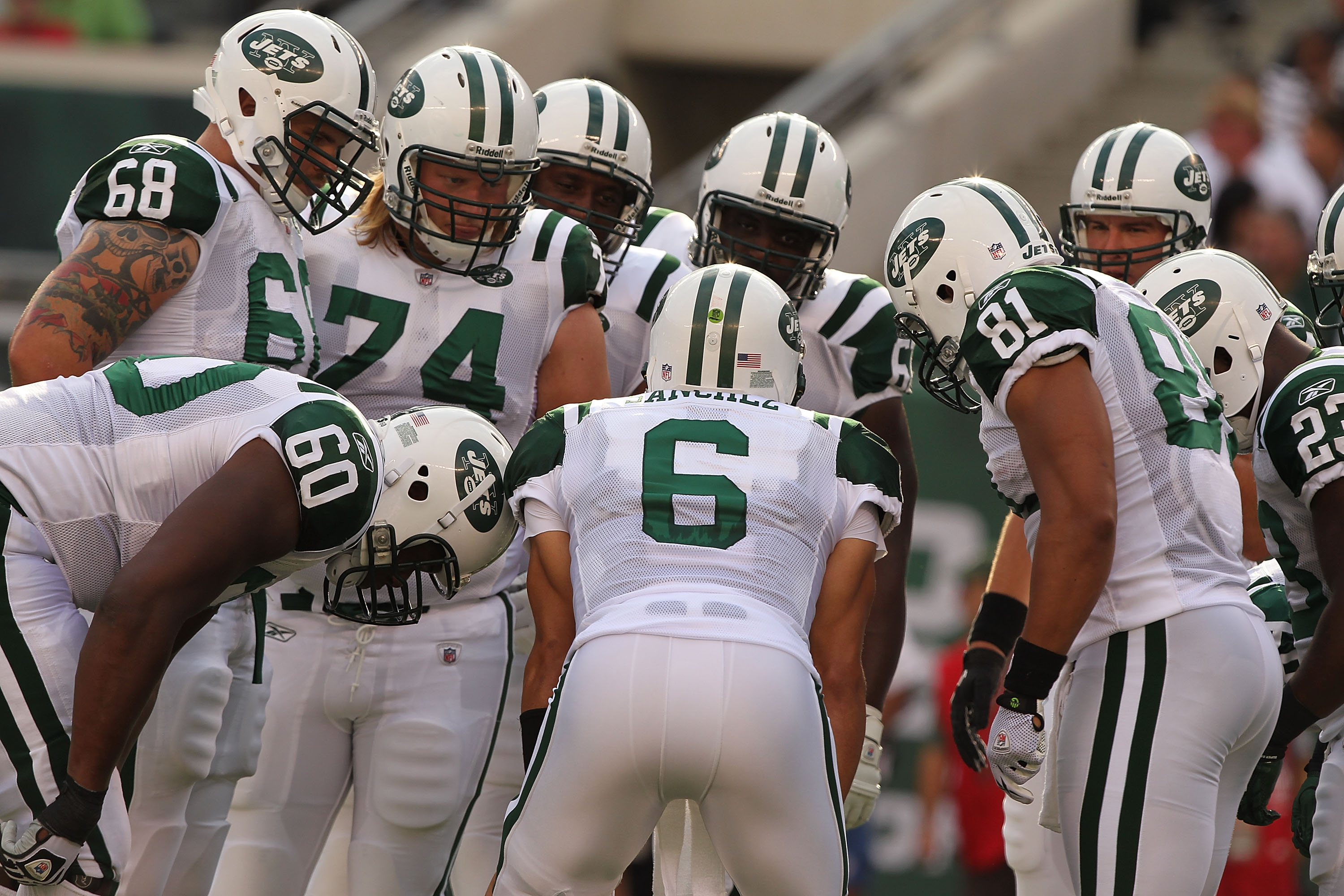 The New York Jets will travel upstate to do battle with the Buffalo Bills in the their third consecutive divisional match-up.

With consecutive wins over the New England Patriots and Miami Dolphins, and a 2-0 record within the division, a victory over the Bills would give the Jets a significant edge in what should be a tight race for the AFC East.

Mark Sanchez, Dustin Keller, and LaDainian Tomlinson have been the standouts on the offensive side of the ball, while on defense, Mike DeVito, Sione Pouha, and Jason Taylor have stepped up to compensate for key injuries to Kris Jenkins and Orlando Pace.

The defense has showed they are still one of the best at stopping the run, but with an injured Darrelle Revis, their pass protection has been lacking.  As a direct result, it has affected their ability to pressure the quarterback.

Last week, the Bills showed that their offense can do some damage as they put up 30 points in a hard fought loss to the Patriots.  Anyone who thinks that the Jets can just walk all over this team is mistaken.

Here are 10 things to watch for: 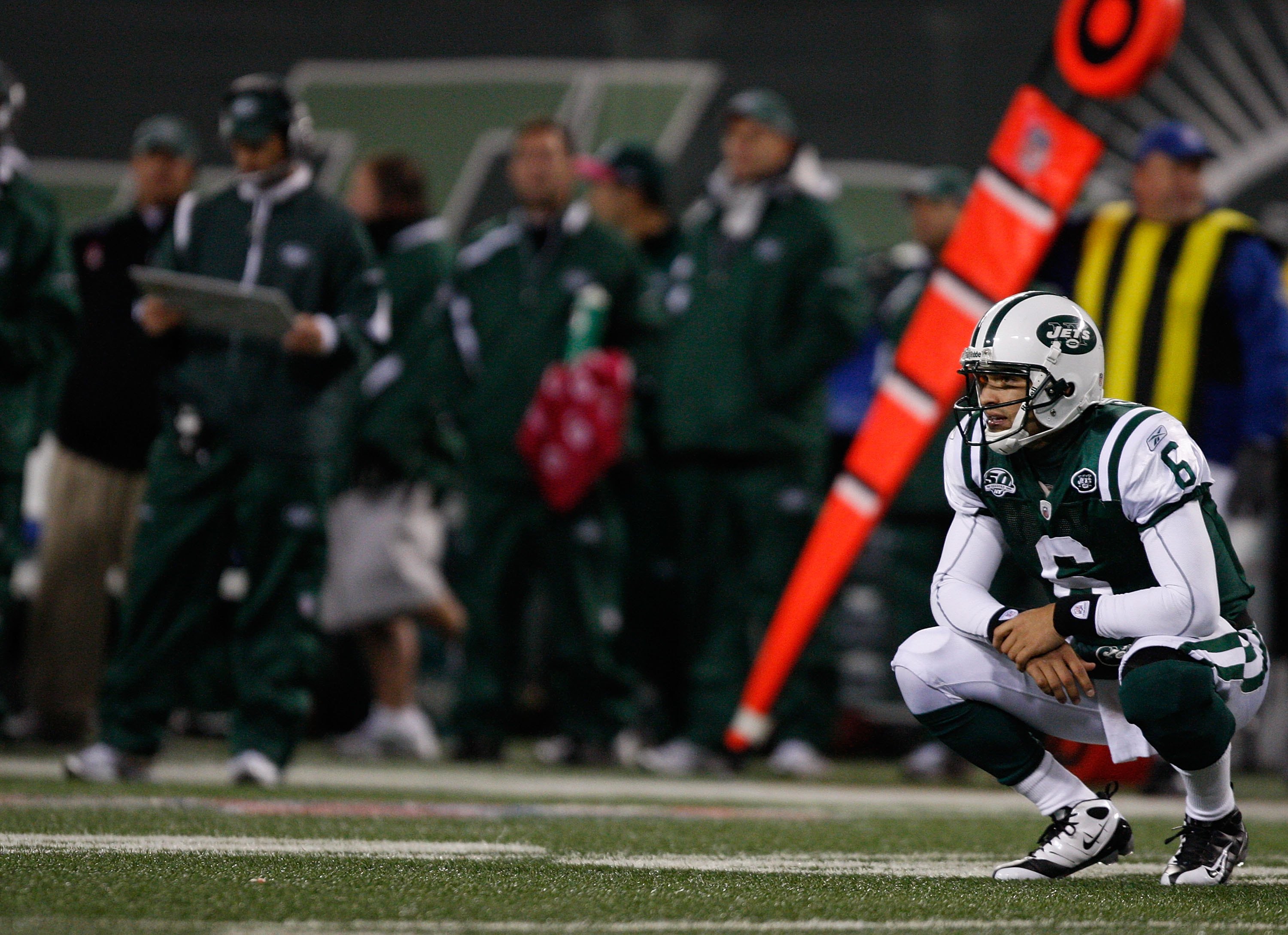 Mark Sanchez's first meeting with the Bills resulted in his worst performance as a pro.

While Sanchez's play has been spectacular the last two weeks, I'm sure this dismal performance is still fresh in his mind.

But Rex Ryan is confident in his QB's resolve.  When questioned about the abomination from last season,  Ryan replied: "I’m sure he remembers that. We all do, don’t we? First off, Mark never lost confidence. Anybody can have a bad game. Joe Montana has had a bad game." 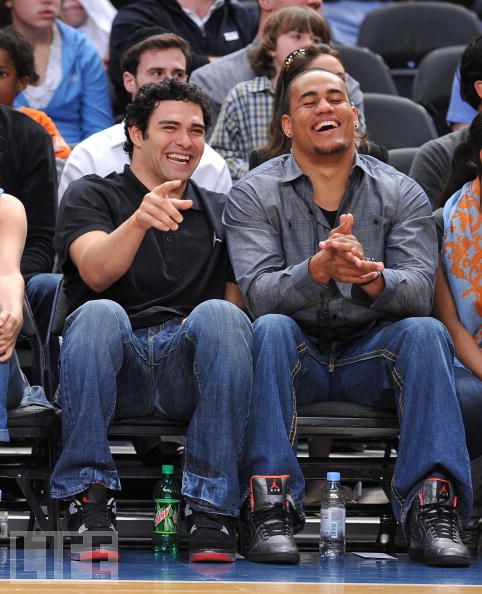 Mark Sanchez and Dustin Keller are establishing themselves as one of the premiere QB/TE tandems in the league.

Right now, Keller is clearly Sanchez's favorite target.  They have connected for a total of 226 yard and 3 TDs in three games.  Look for them to continue this trend against a Bills defense who has given up 664 yards through the air and are ranked 18th against the pass.

The question is will the Bills make an adjustment to defend against Keller.

If the Bills are torched by the Sanchez/Keller connection, expect future opponents to prepare for this in their defensive game plans. 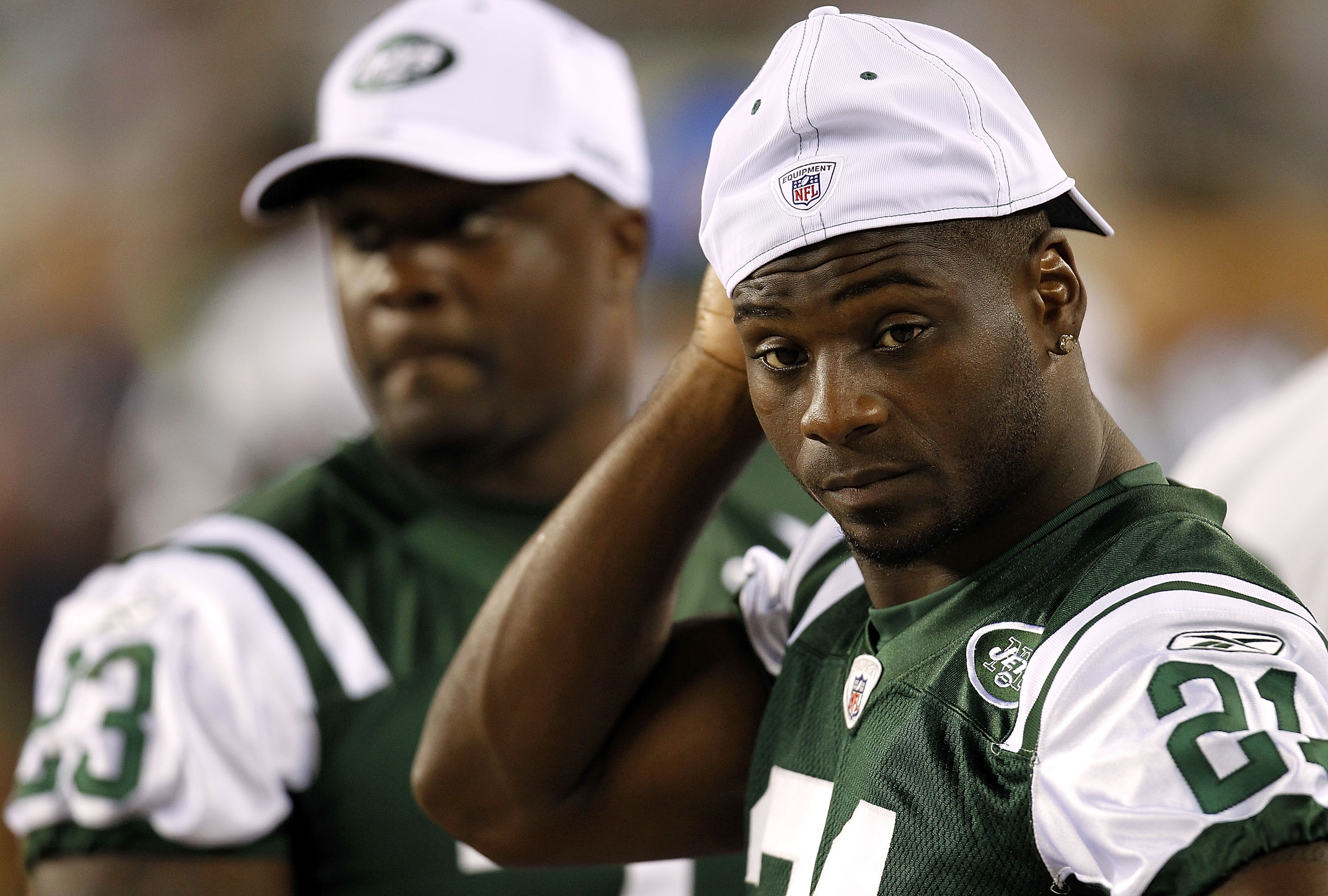 With LT finding new life in New York and Shonn Greene now showing the potential everyone thought he had, the Jets' "ground & pound" attack is looking more fierce every week.

Coming into this game, the Bills defense has given up 423 yards on the ground and are ranked 27th against the run.

The Bills can expect heavy doses of LT and Greene (with LT probably getting most of the carries) as the Jets will use them to open up an air attack in the proper situations.

On the bright side for Buffalo, linebacker Paul Posluszny will play against the Jets after sitting out the last two weeks with a knee injury. 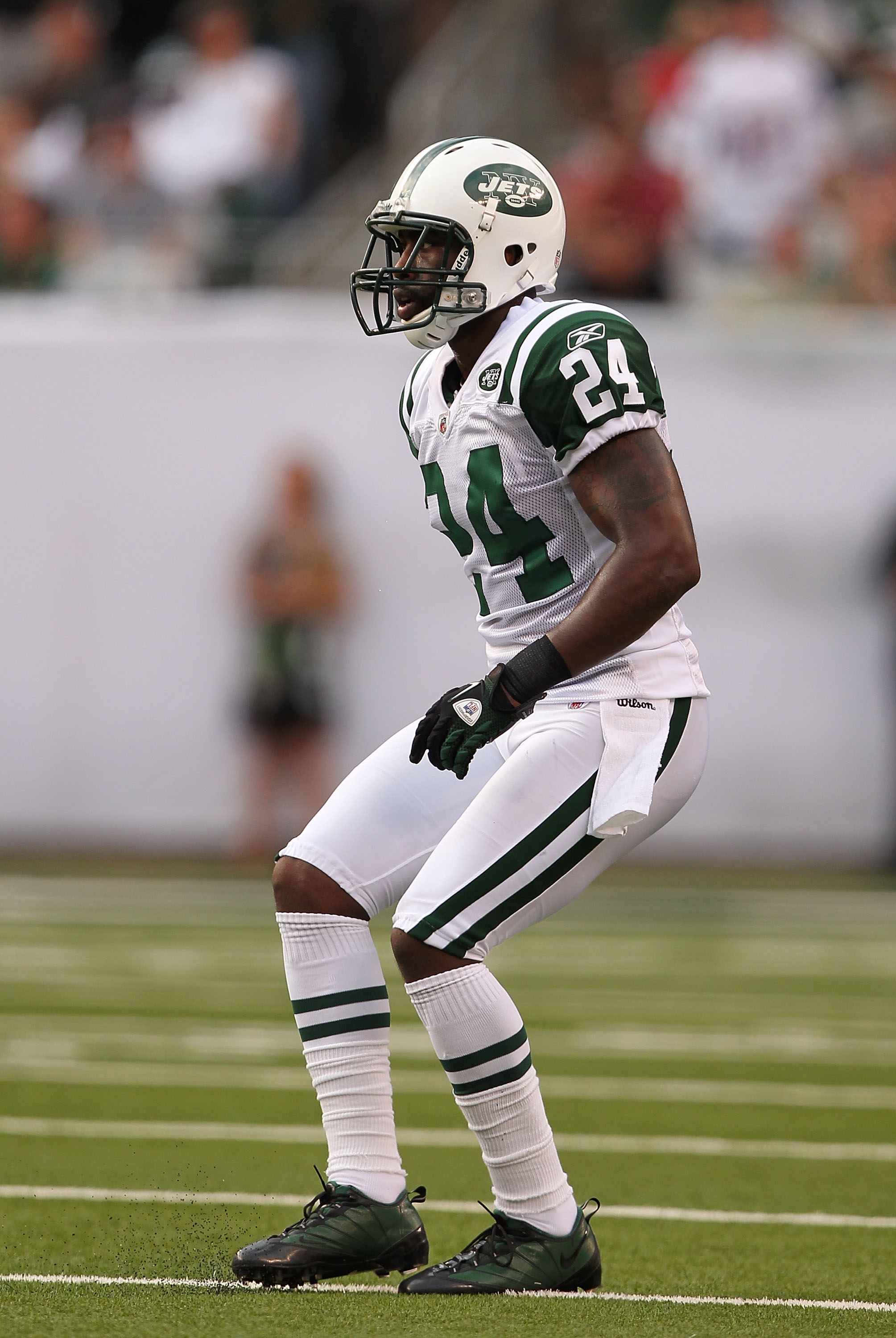 The biggest question coming into this contest is "Will Darrelle Revis play?"

There is still no answer to this.  When asked, Rex Ryan said: "Revis still did not practice with the hamstring, still questionable there but I don’t want to rule him out yet. I’d hate to be fined by the league if he did play, so let’s not rule him out."

Obviously with Revis playing it changes the game and how both teams would prepare.  But my gut feeling is Revis will sit out this game and be back on the field in a week for the Monday night game against the Vikings.

Which leads into my next slide... 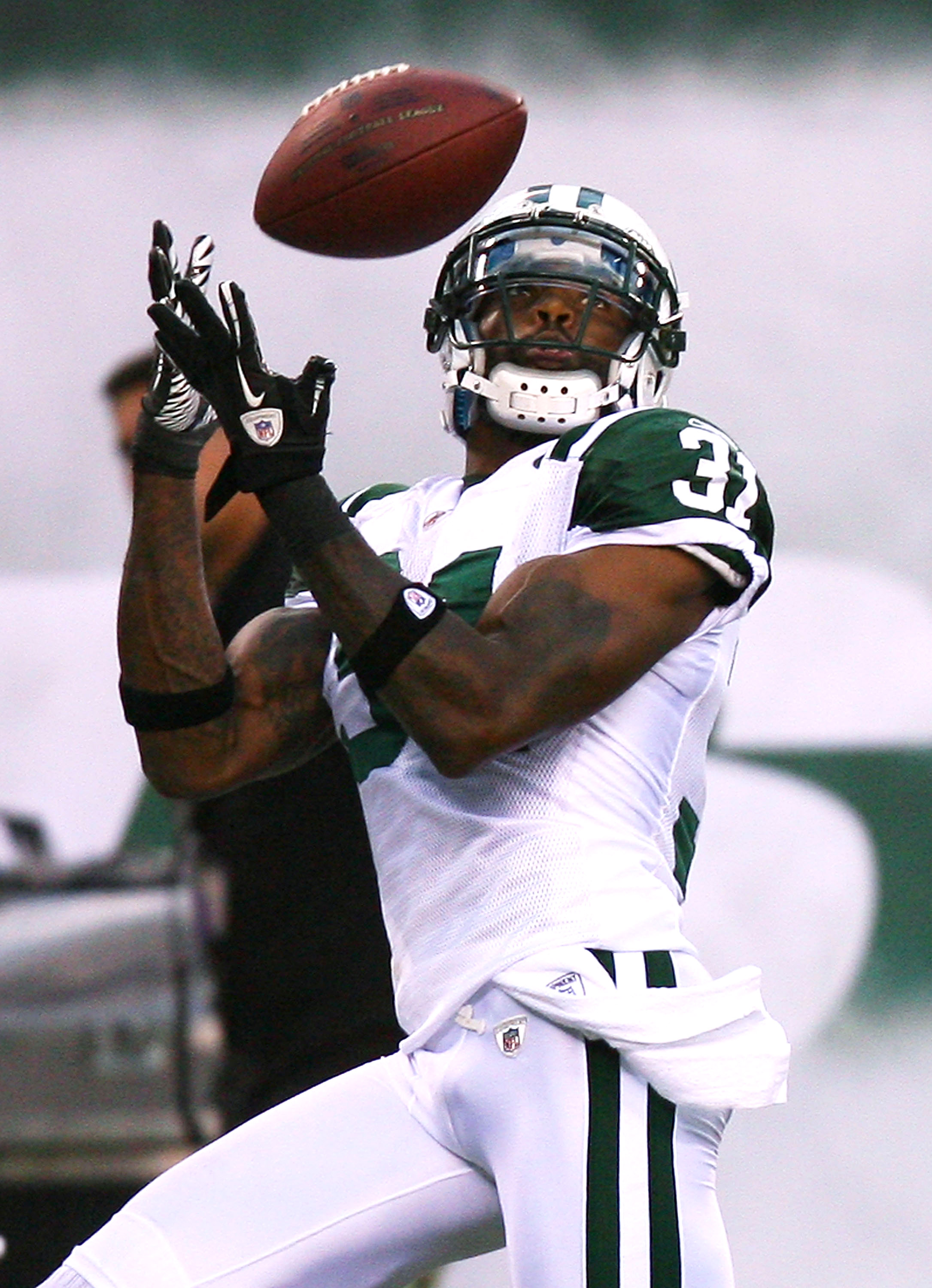 With Darrelle Revis unlikely to suit up on Sunday, that will leave Antonio Cromartie to cover Lee Evans one-on-one.

Cromartie is still probably feeling a little well-done after Brandon Marshall grilled him for 166 yards and a TD.  But Evans is not nearly Marshall, so Cromartie should be able to keep him in check. 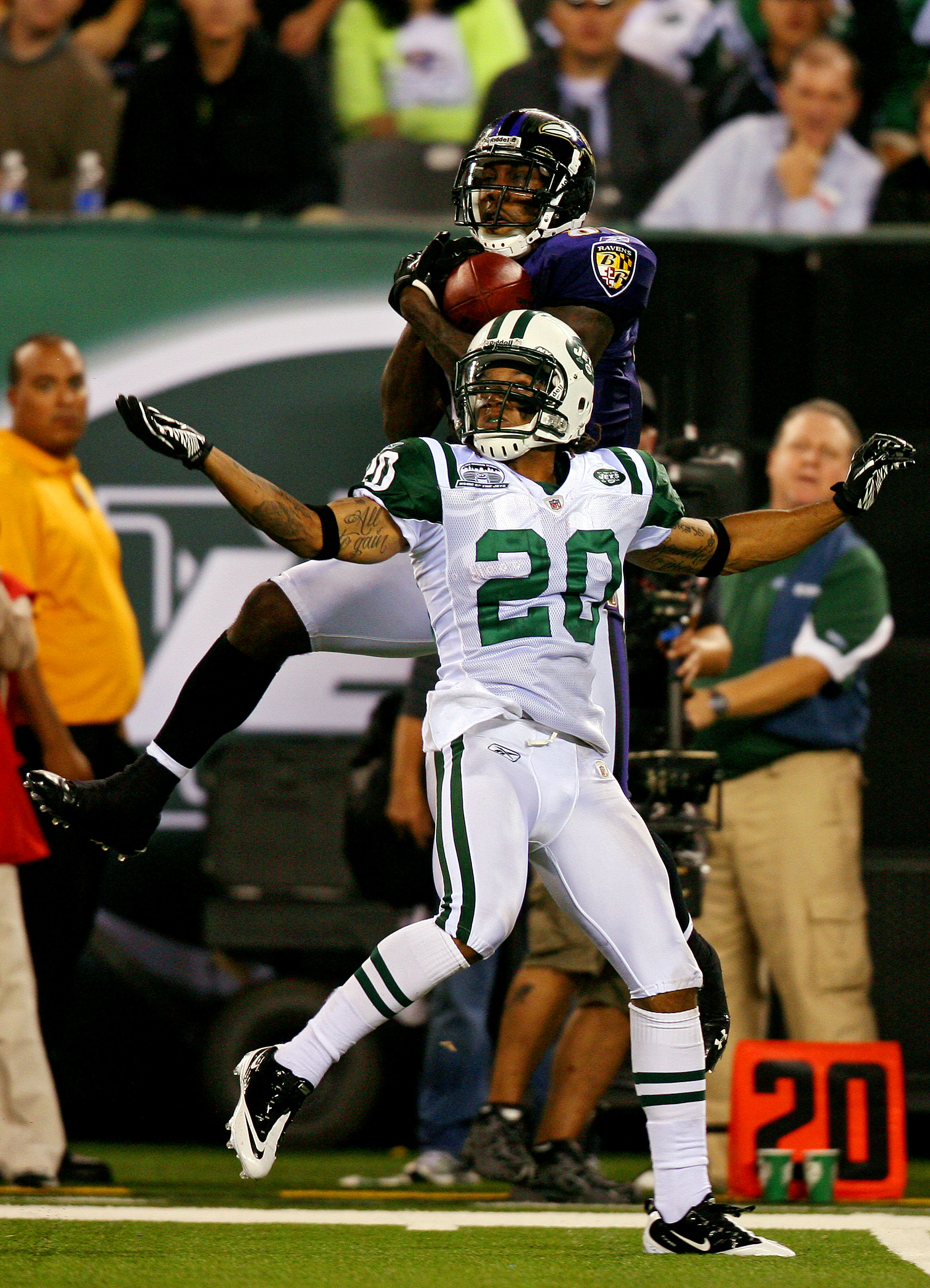 Drew Coleman has been practicing with the first team defense this week.  This leads to question what Kyle Wilson's role will be against the Bills.

The Bills have a pretty good #2 WR in Roscoe Parrish and it seems that Drew Coleman will be lining up against him on Sunday.  Wilson might see some series against him too, but I think Coleman is going to get the brunt of it.

The plan for Wilson was always to make him a nickel CB.  The Revis situation with the hold out and injury has forced him into a position the Jets weren't initially prepared for.

Rex Ryan was questioned about this and his response was: "I think, ideally, we wanted him to come in and be the nickel while he’s learning. It’s tough enough when you need to learn to play the nickel and the outside. That’s kind of hard." 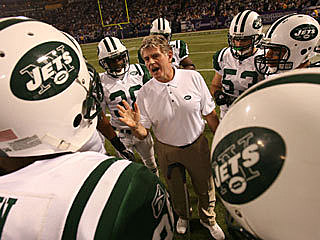 Mike Westhoff has his hands full with preparing for C.J. Spiller.

The Bills RB/KR has a total of 374 yards off kick returns with one of them being a 98 yard TD return.

Spiller is quick and agile and proving to be a weapon on special teams.  Westhoff is a crafty ST genius who will have a game plan for Spiller.

This will be a great duel! 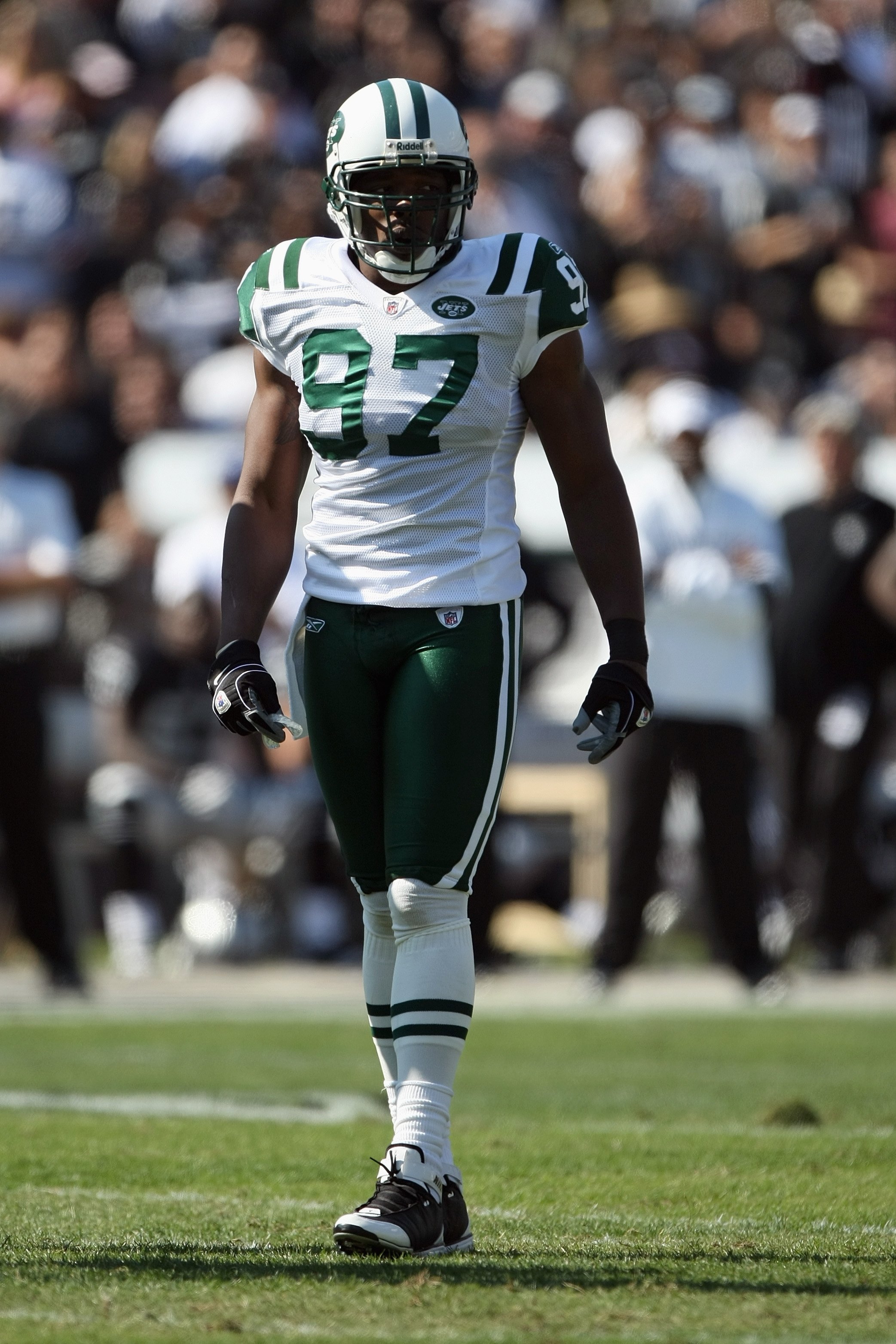 Calvin Pace has been practicing on a limited basis and it looks like he could see some action against the Bills.

Although the Jets' defense has five sacks, they haven't been pressuring the QB the way they would like.  Pace has been the Jets' best pass rusher and having him back would  give the defense a needed boost.

But if he's not 100% or close to it, I think, like Revis, he might be held out for this game so he can be ready for the Vikings in a week.

If he does play, it will be it will be in a limited role of third down situation.  Rex Ryan commented about this: "Yes, if he can go, I think that would be the plan for him. Get him out there on third down. We all know we’ve had struggles getting off the field on third down which is usually our forte."

Which leads to my next slide... 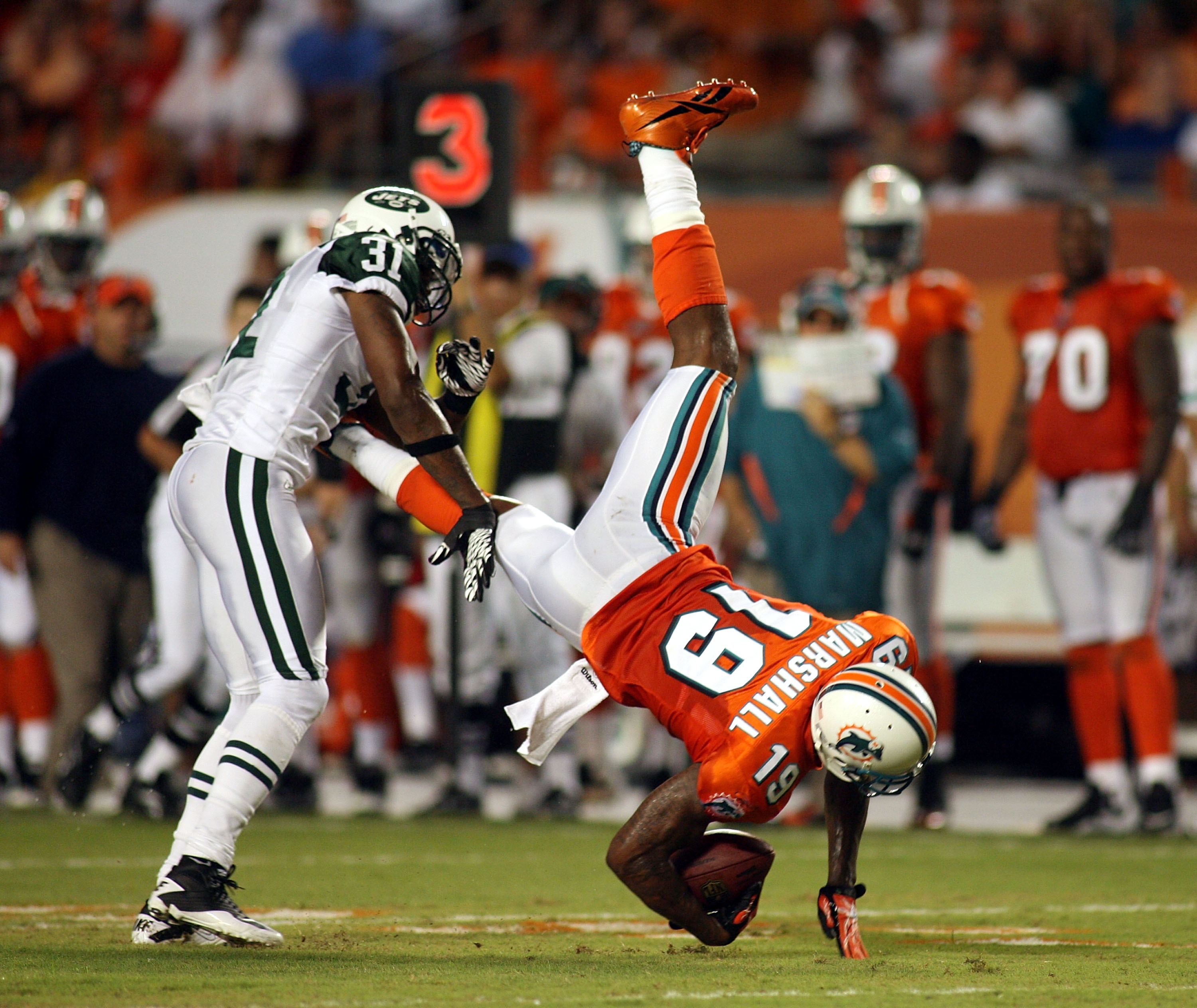 The absence of Darrelle Revis and Calvin Pace is a big factor in this equation.  But the Jets have been able to pull out big wins against the Patriots and Dolphins despite their third down woes.  There's no reason to believe the shouldn't be able to do it against the Bills. 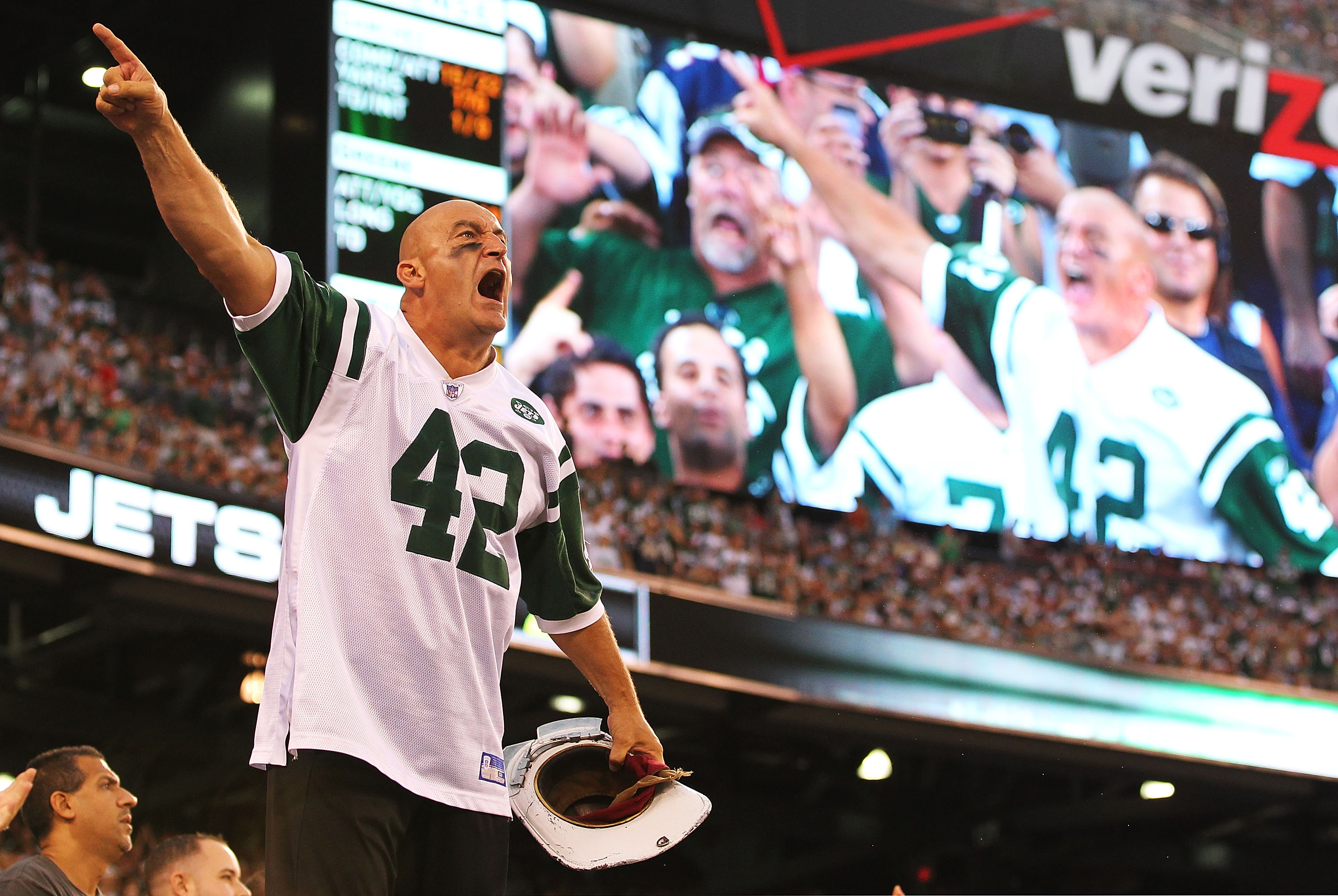 The Bills are a 0-3 team, but Jets/Bills game have always been hard fough for a victory despite how good or bad either team is.

The Jets are clearly the superior team, but it would be a huge mistake for them to take this Bills team lightly.  This is an inter-divisional match and the Bills did score 30 points against the Patriots despite getting a loss.