Texans Vs Raiders: Personnel Match Ups in For Oakland in Week 4 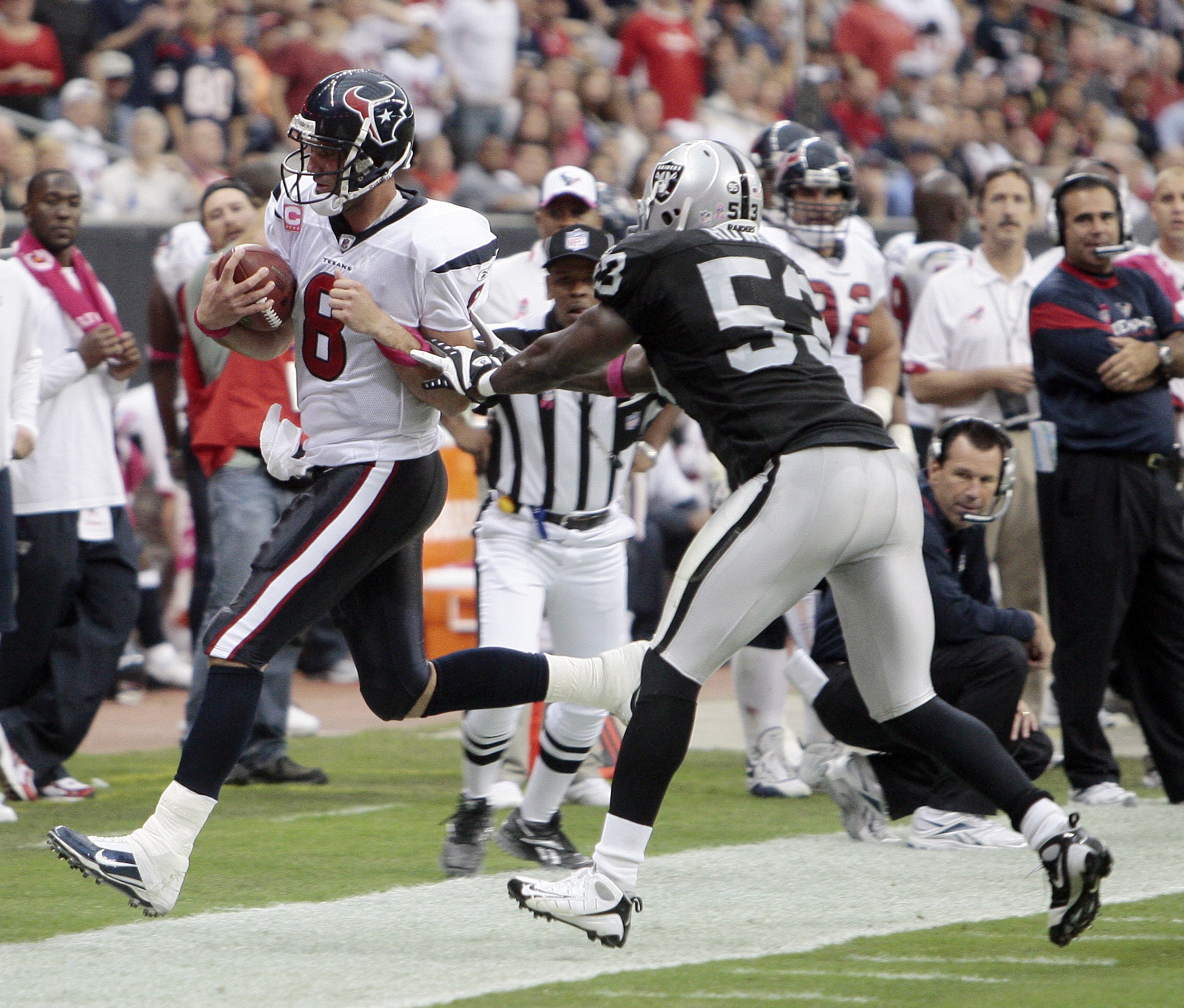 Things don't look very good in Raider Nation right now but a win against the Texans can turn and this reason around. Despite all the stats and standings, this is a game that the Raiders can win.

The Raiders have stumbled out of the gate this year but they should be getting back a few key players. There are key match-ups that favor the Raiders against the Texans.

Not having their starting left tackle and star outside linebacker Brian Cushing won't help.

Turn the page to see those match-ups.

The Big Match Up 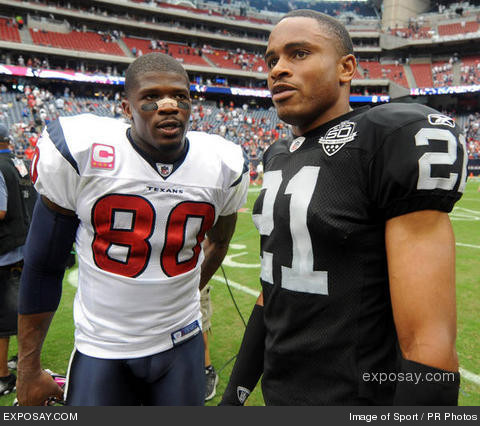 Andre Johnson is one of the best receivers in the game.

Nnamdi Asomugha is the best corner in the game

Sure the Texans have shown a great running game so far this year but make no mistake. Andre Johnson is the best player on this Texan offense and he opens up things for everyone else.

The rest of the Texan receivers depend on him to get the coverage is rolled toward him. I don't think that will be necessary for the Raiders on Sunday with Asomugha in the building.

Johnson also takes the eighth man out of the box to open up the running game. With Asomugha on Johnson, the eighth man can go into the box for the Raiders if Arian Foster gets off. 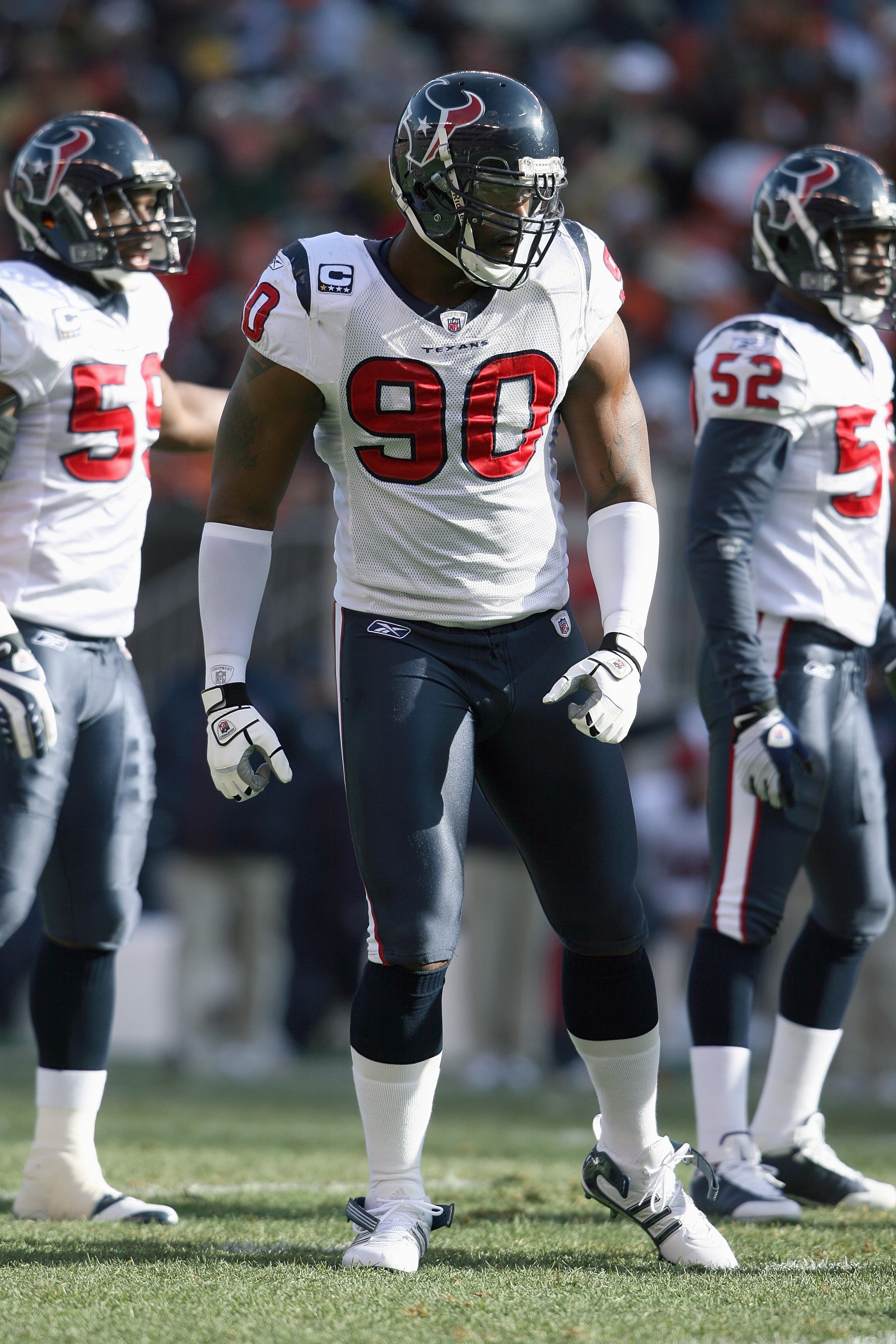 Mario Williams is one of the best defensive ends in the league.

Lately, he's been drawing comparisons to the late Reggie White but I don't quite see it that way. Williams is tied for second in the league in sacks but was just shut out by the Cowboy left tackle Doug Free.

There was no statistical evidence that Williams even played last Sunday.

He is sure to try to take it out on the Raiders this week.

This is a test of the Raider coaching staff's intelligence.

If they were smart, they would leave Jared Veldheer on the bench and start Mario Henderson. Veldheer's short arms are no match for Williams as was the case with Julius Peppers this preseason.

But Henderson is a different story.

If there is a single solitary pass rushing star that Henderson can block, it's Williams. Henderson shut Williams out in 2008 while Williams did manage to come back and get one sack in 2009.

It bodes well for Henderson that he usually handles power rushers well. The Raiders are hoping that Henderson is up for the battle for the name Super Mario.

The passing game depends on it. 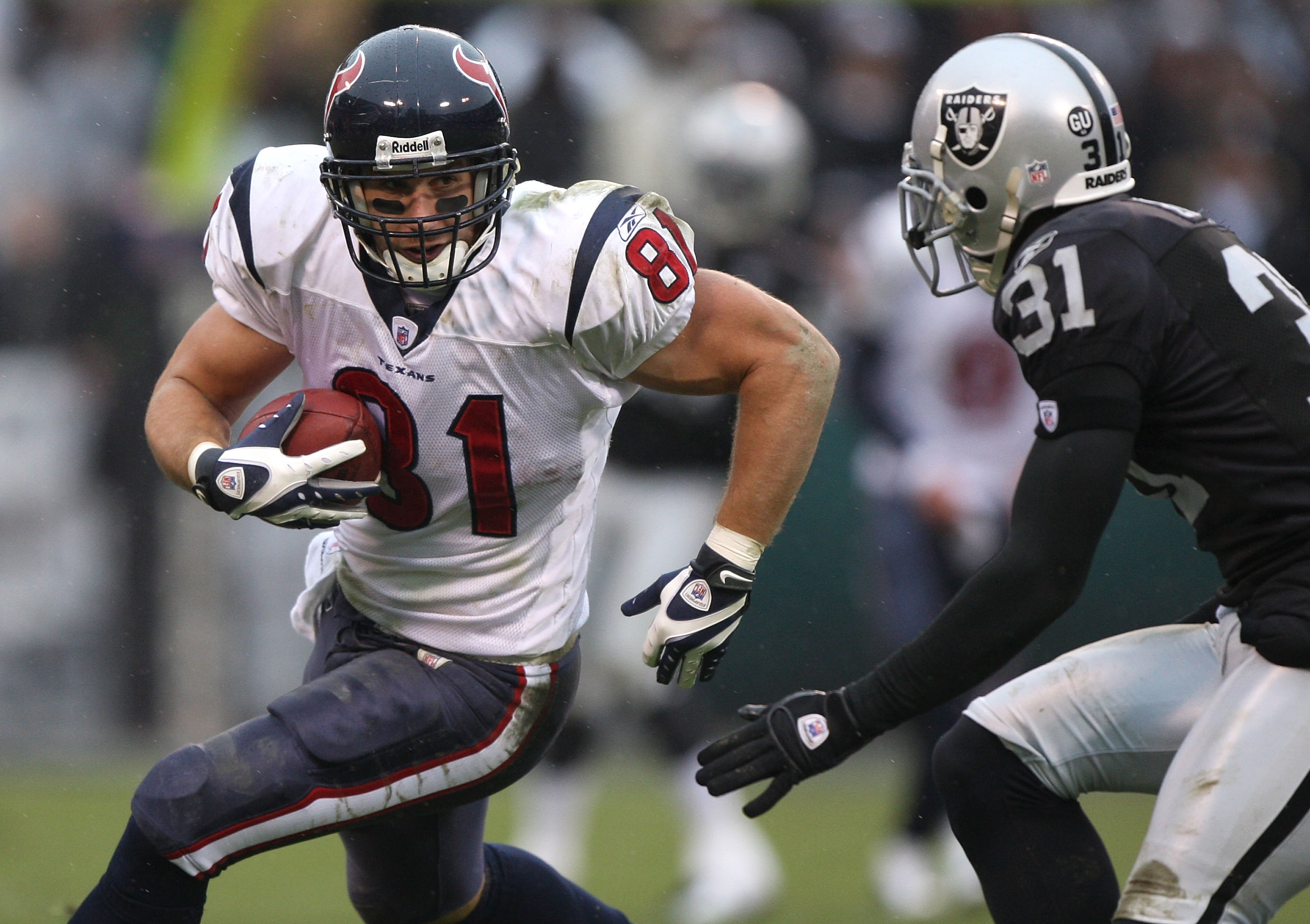 Owen Daniels is another one of one of those great, young tight ends. (Like Miller) He's off to a slow start this year but Daniels is a tight end I wouldn't go to sleep on any time soon.

There are plenty of weapons on this Texan team that may cause opposing defenses to do just that. Add to that the fact that Texan quarterback Matt Shaub will find him if and when he's open.

But Daniels himself has a tough match up. 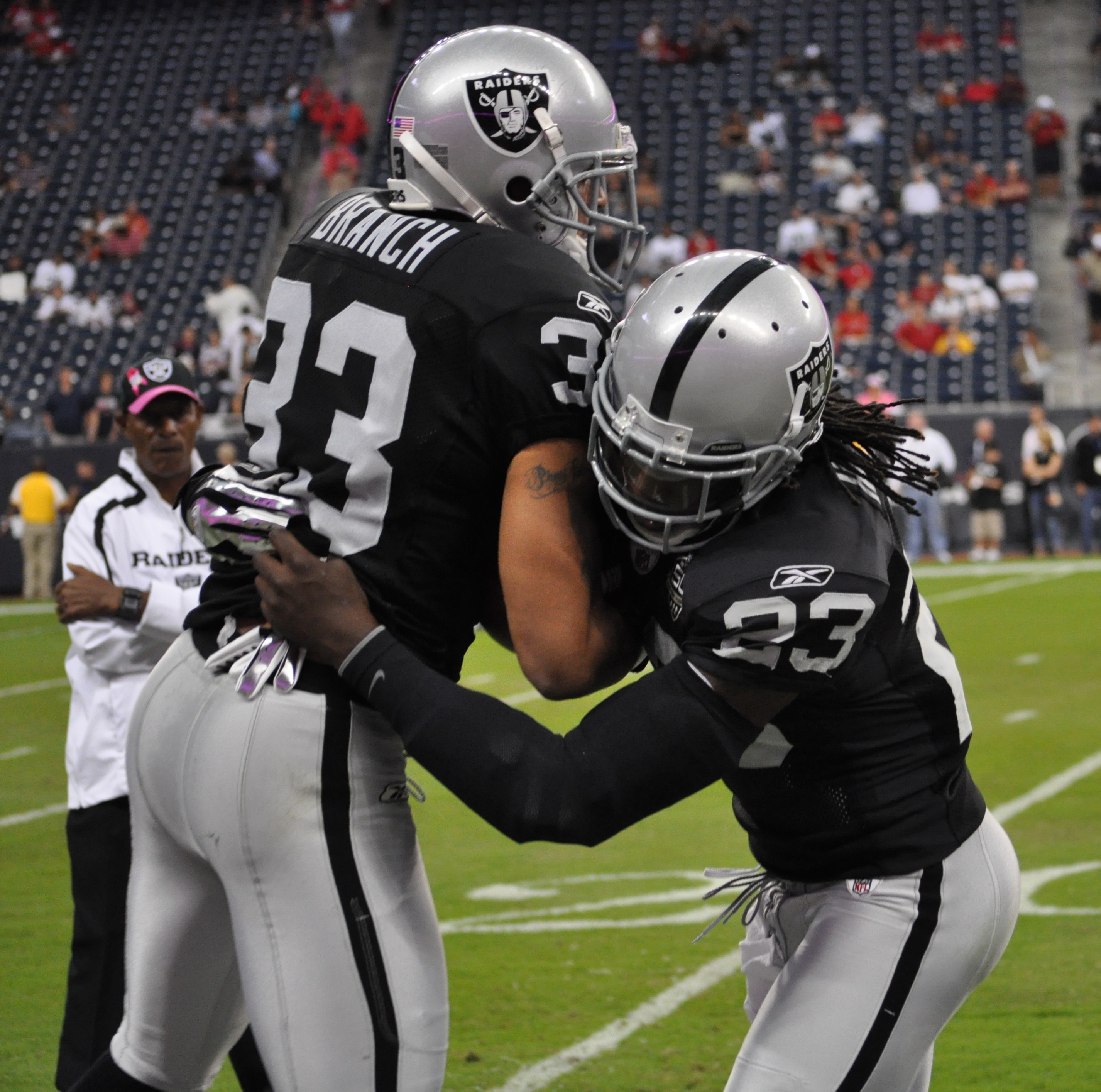 Tyvon Branch was fast approaching elite strong safety status coming into the season. Not only did he lead all safety's in tackles last year but he is known around the league as a shutdown strong safety.

He has been touched up a bit by receivers starting this year but still locks down on tight ends.

Branch sees Antonio Gates twice a year and does a good job on him so Daniels doesn't scare me. One also has to wonder if Daniels is 100 percent coming off last years injury.

Daniels isn't off to such a great start this either. 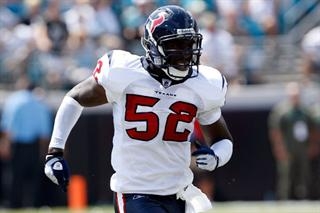 Here's a situation where a back up has to step up.

Cushing is still suspended for over training so that will hurt the Texans. So back up outside linebacker Xavier Adibi is now the player that must step up for the Texans in his stead.

Adibi will be on Miller because the Texan safeties will need to help their corners over the top. Adibi isn't as strong Cushing to hold Miller up at the line so Miller will get more of a chance to operate.

In 2008 Miller had 4 catches for 77 yards and that included a 20 yard reception. Then quarterback Jamarcus Russell played well at the end of 2008 so he was actually of help to Miller.

Things were a little different in 2009 as Cushing was a new addition to the Texan defense. Miller had only three catches for 33 yards and had little help from Russell that time around.

Now the Texans are again without Cushing and the Raiders have a better quarterback. 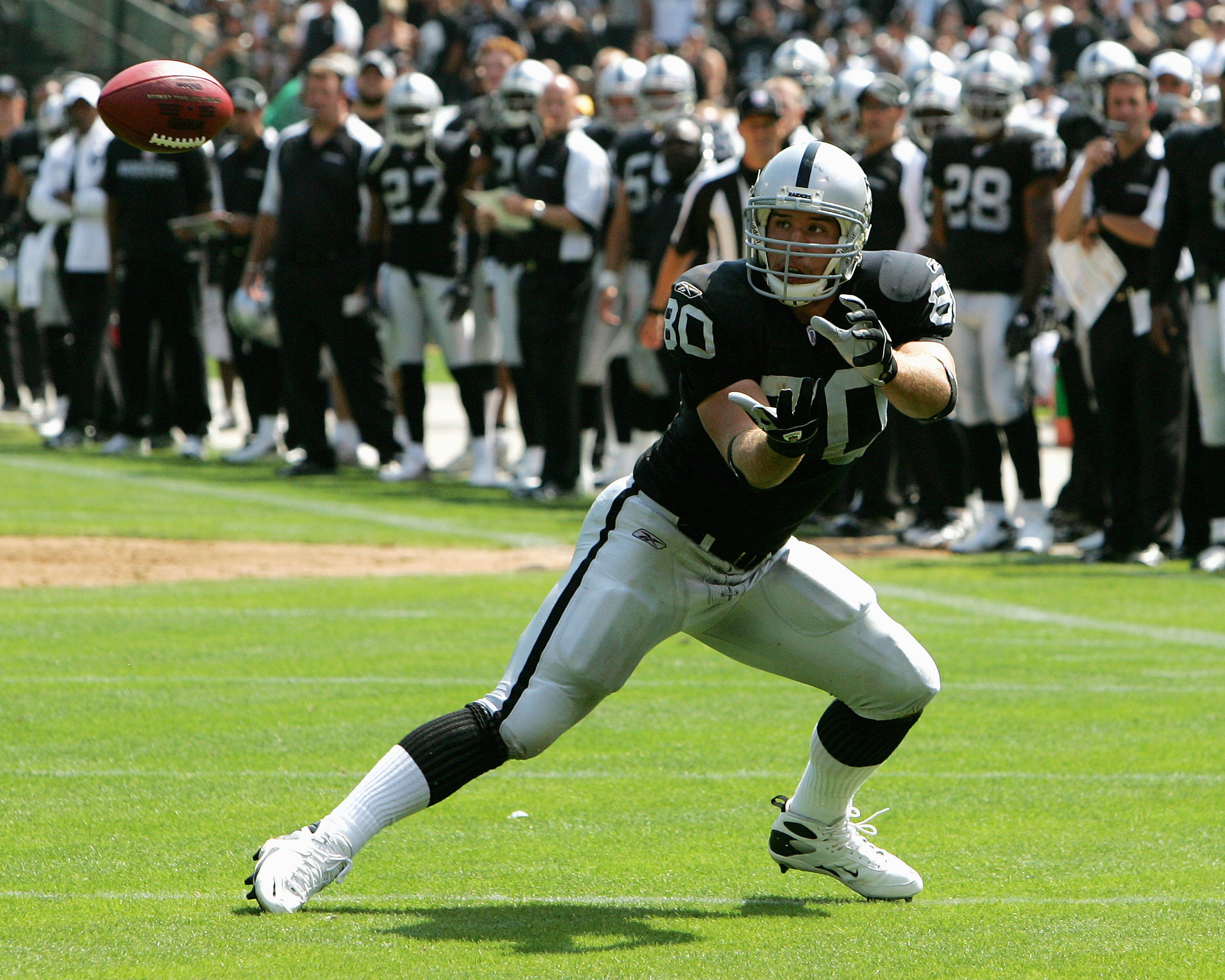 Zach Miller is one of the best tight ends in the league.

He will have to win his match up underneath and the Texan safeties will likely help over the top. See Jay Dee's "Week 4 Game Plan" to see how he should be involved in the game plan.

The Raiders have upgraded the quarterback position so Sunday will be interesting. 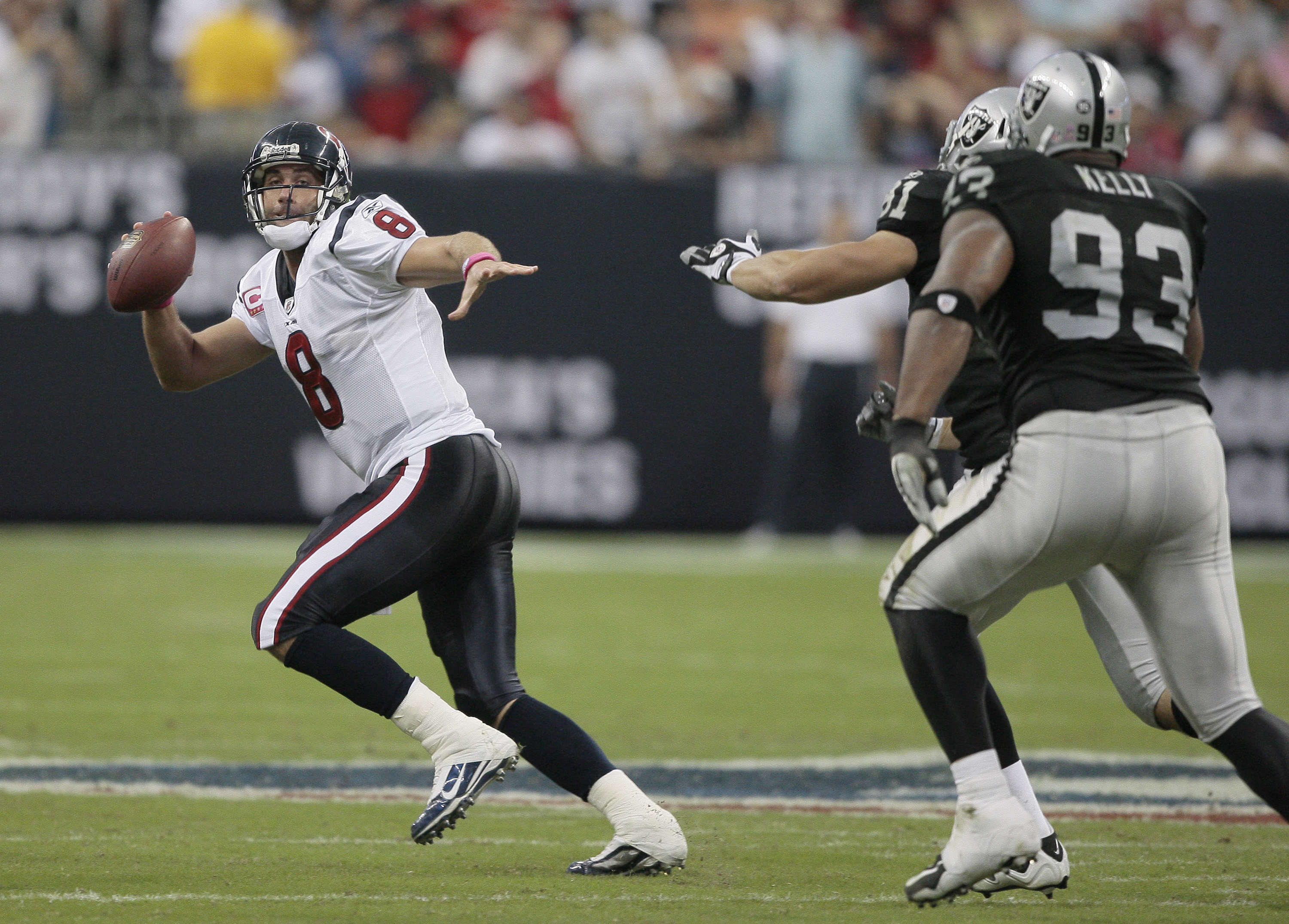 Texan left tackle Duane Brown is suspended for Sunday's game along with Brian Cushing. I wonder if Cushing and Butler were on the same program and both ended up over training.

Rashad Butler will be in his place on Sunday.

This is another situation where a back up needs to step up or the Texan pass protection will continue to take a big hit. So far this season, the Texans are tied for the league lead having allowed 11 sacks.

On the flip side, the Raiders only have five sacks but do put pressure on the quarterback.

Quarterback Matt Shaub will need extra time to survey the field as Asomugha will be on Johnson all day. When he's not open Shaub will not be able to find the second and third option without that time.

Then there's the elephant factor.

Who's coming when Scott lines up on the same side of the field as outside linebacker Kamerion Wimbley? If the tackle takes one step too long to decide, one of them will be on the quarterback.

The Raiders can always send both of them too.

Raider Receivers Vs The Texan Secondary 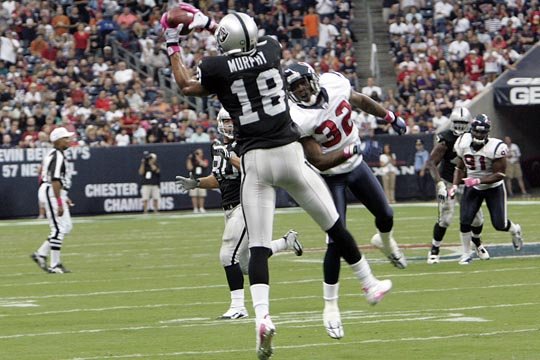 Is it the Texans or is it the offenses they have faced?

It doesn't look to good for the Texans that they couldn't cover Roy Williams. Williams has done very little in the past couple of years so the Texans must be concerned about their smallish secondary.

They are two big receivers that have world class speed.

Davis loves his deep ball so look for the Raiders to relentlessly attack Texans deep. Texan corners Glover Quinn and Kareem Jackson are not sleeping well this week in anticipation of Sundays match ups.

Raider quarterback Bruce Gradkowski has no choice but to get this one done.

The Texan Running Game Vs The Raider Run Defense 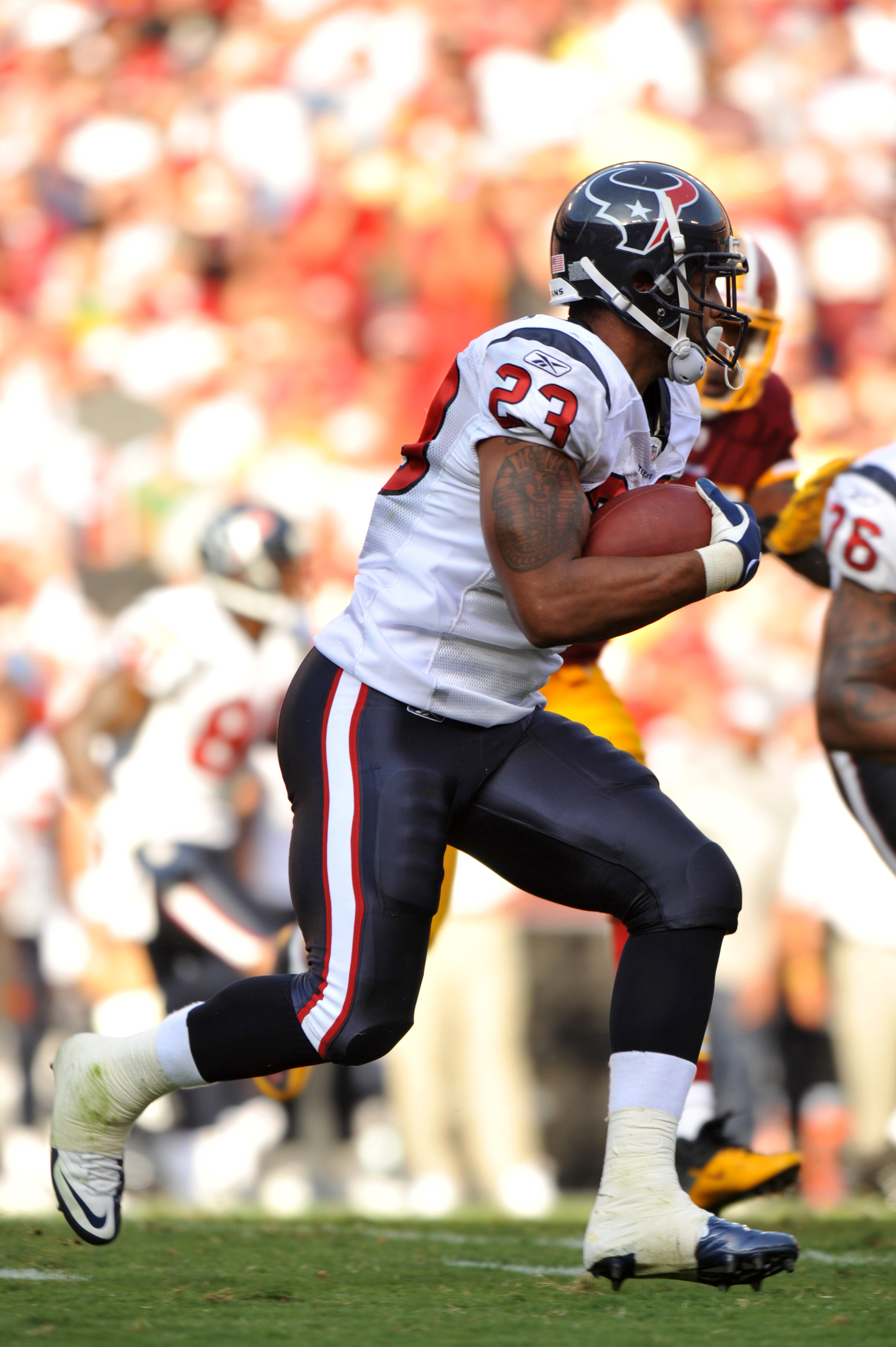 In comes NFL leading rusher Arian Foster with his zone blocking offense. The Raiders have already seen the likes of Steven Jackson and Chris Johnson so there's no intimidation factor here.

Enter rookie middle linebacker Rolando McClain as he has grown into  his leadership role very quickly. The challenge he faces against the Texans is a part of this process.

But there is a certain player that could help the Raiders.

If the Raider coaching staff is smart, you'll see Henderson start and take more snaps along side Richard Seymour. The Raiders had their best stretch of run defense this season with Henderson in the game.

They held Steven Jackson to four yards on eight carries in the second half to beat the Rams.

The fact that Asomugha can cover Johnson allows the Raiders to stack the box if need be as well.

Henderson's foot have something to so with it as well.

The Raider Running Game Vs The Texan Run Defense

The Texans are ranked number two against the run but I can't help but wonder.

Are the Texans that good against the run or are other teams to busy picking on their secondary?

A problem the Texans will have is Ryans will not be helped by the aforementioned Cushing. Houston would be better served to have both of their young gun linebackers against the Raider running attack.

Here's another test of the Raider coaching staff's intelligence.

If Robert Gallery can play, back up Daniel Loper should kick over to right guard to start. This would help the Raiders control Texan defensive tackle Amobi Okoye on inside runs.

Running back Darren McFadden would then have an easier go of it.