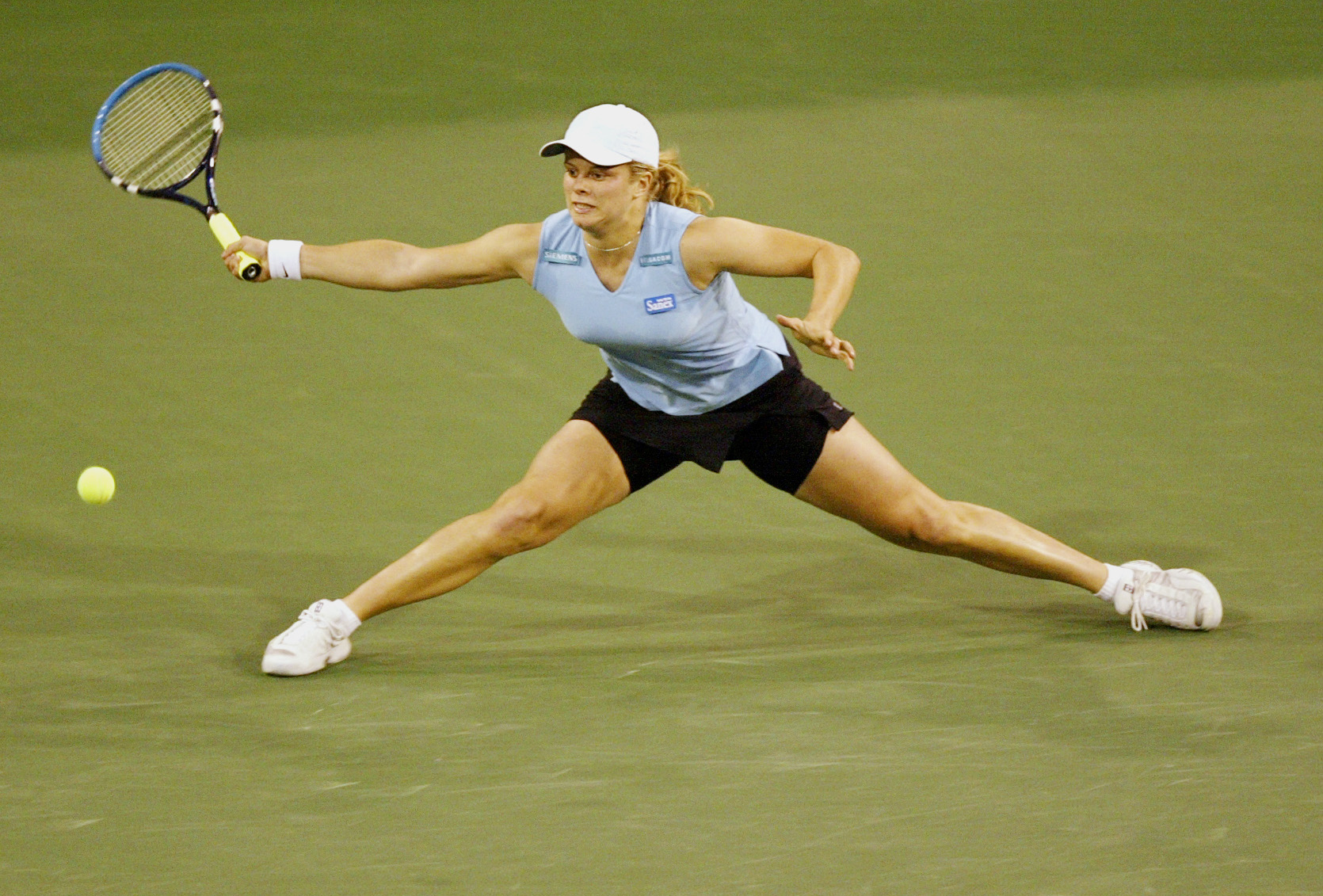 I don't even think a video game character could make a running split look as easy as Kim does.Brian Bahr/Getty Images

If real life were a video game, these are the top 10 weapons you would want for your character.

This order is relative to the game they play, for example, of course Roddick's serve is better than Stosur, but Stosur's serve is so big in the Women's game that it out ranks Andy's serve in the Men's game. 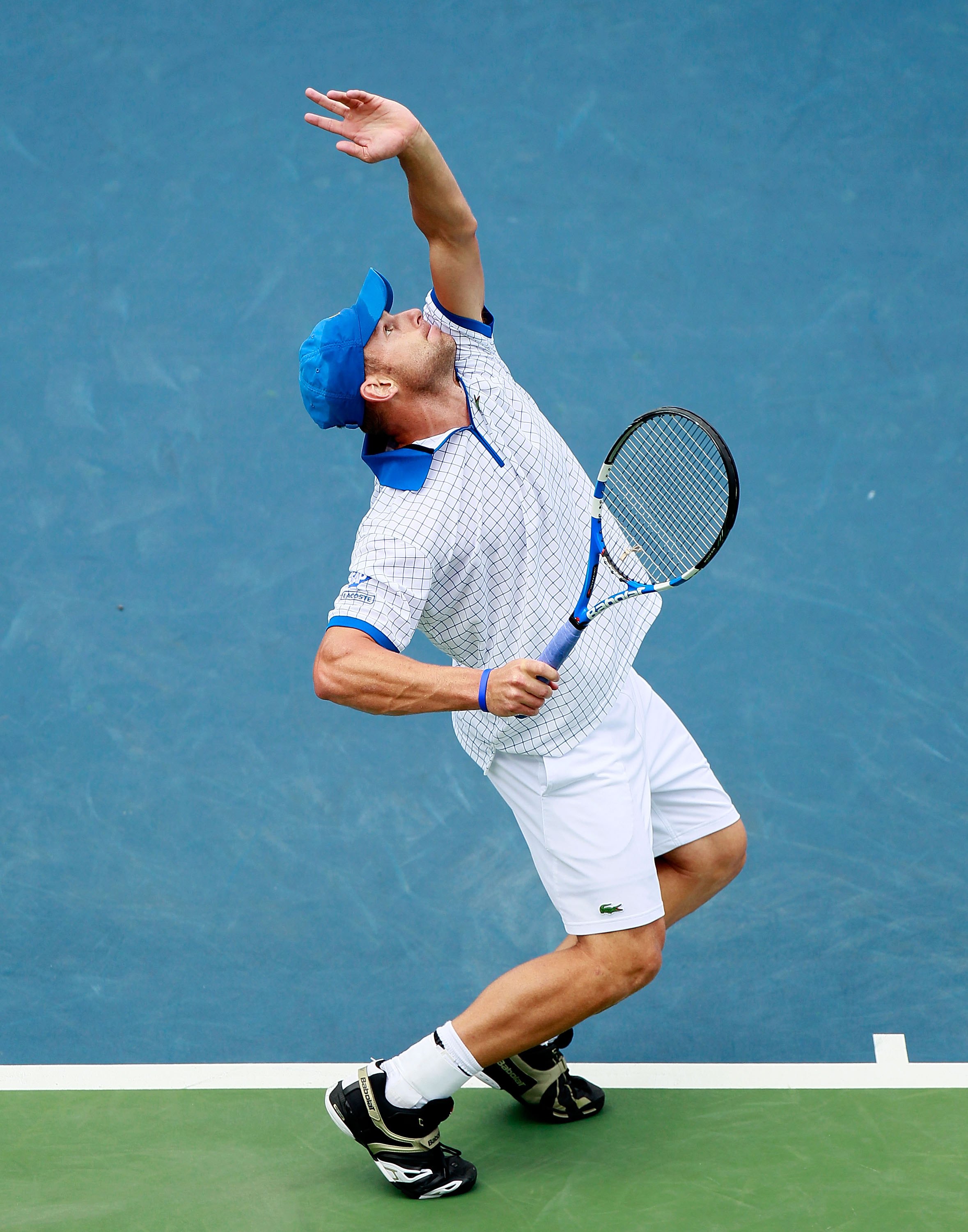 Andy's serve was once the best in the game. During his prime, it could carry him very far in majors. A few years ago on this list, this could have easily been a top 3 weapon.

Sadly, now that Andy's older, it isn't what it used to be. Although, his serve is still one of the best, it's not as consistent as it once was and people have seen it for so long, it is easier to return.

Don't feel too bad for Mr. Roddick, because it is still a top 10 weapon and he has Brooklyn Decker to go home to. 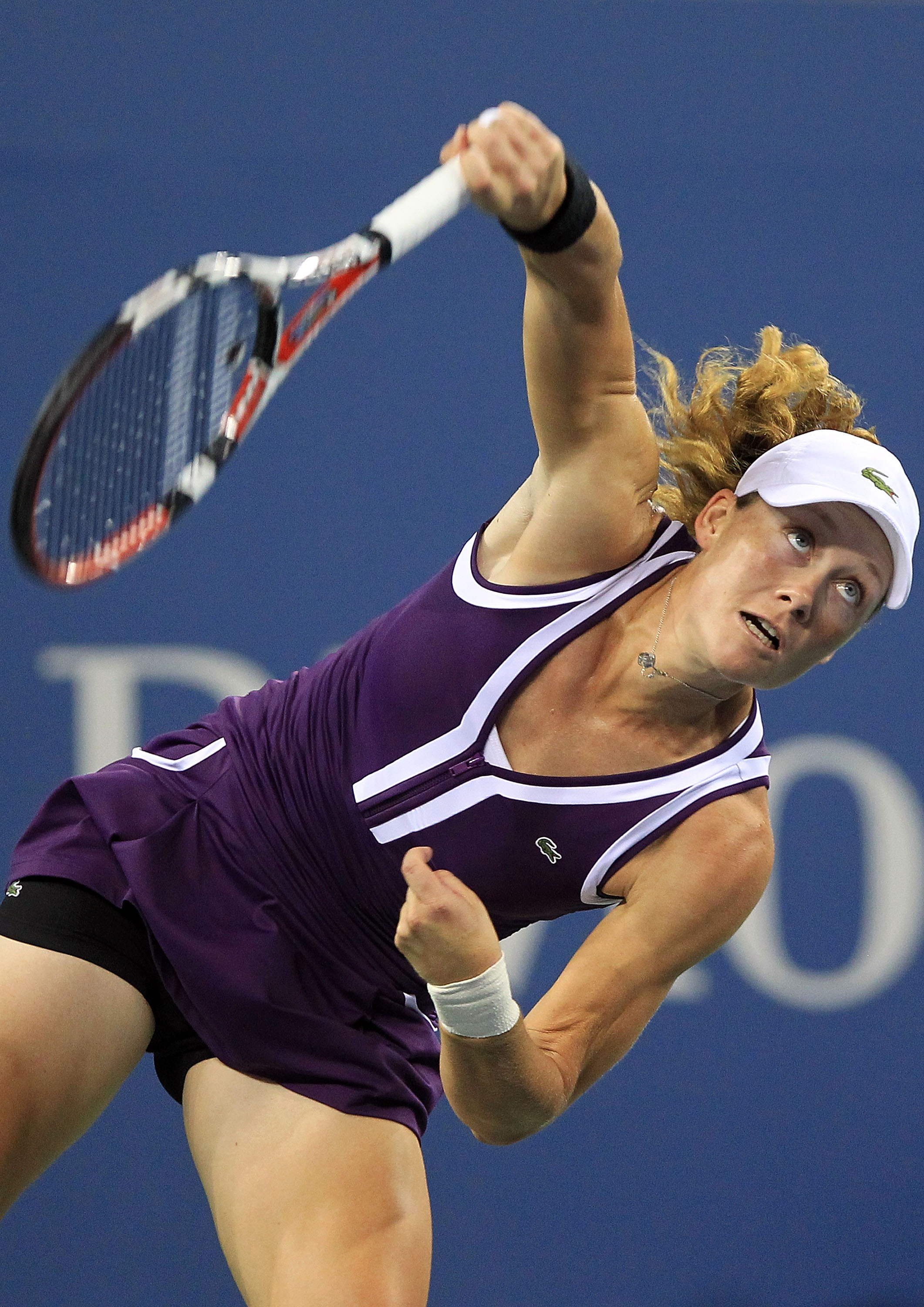 This weapon has taken Sam a long ways. She made it to the French Open final, basically just using her serve.

The rest of her game might not be there fully yet her serve might be the best in the women's game, although Serena might argue differently.

There is no debating however, that any other woman would love to have Stosur's serve as one of their main weapons. 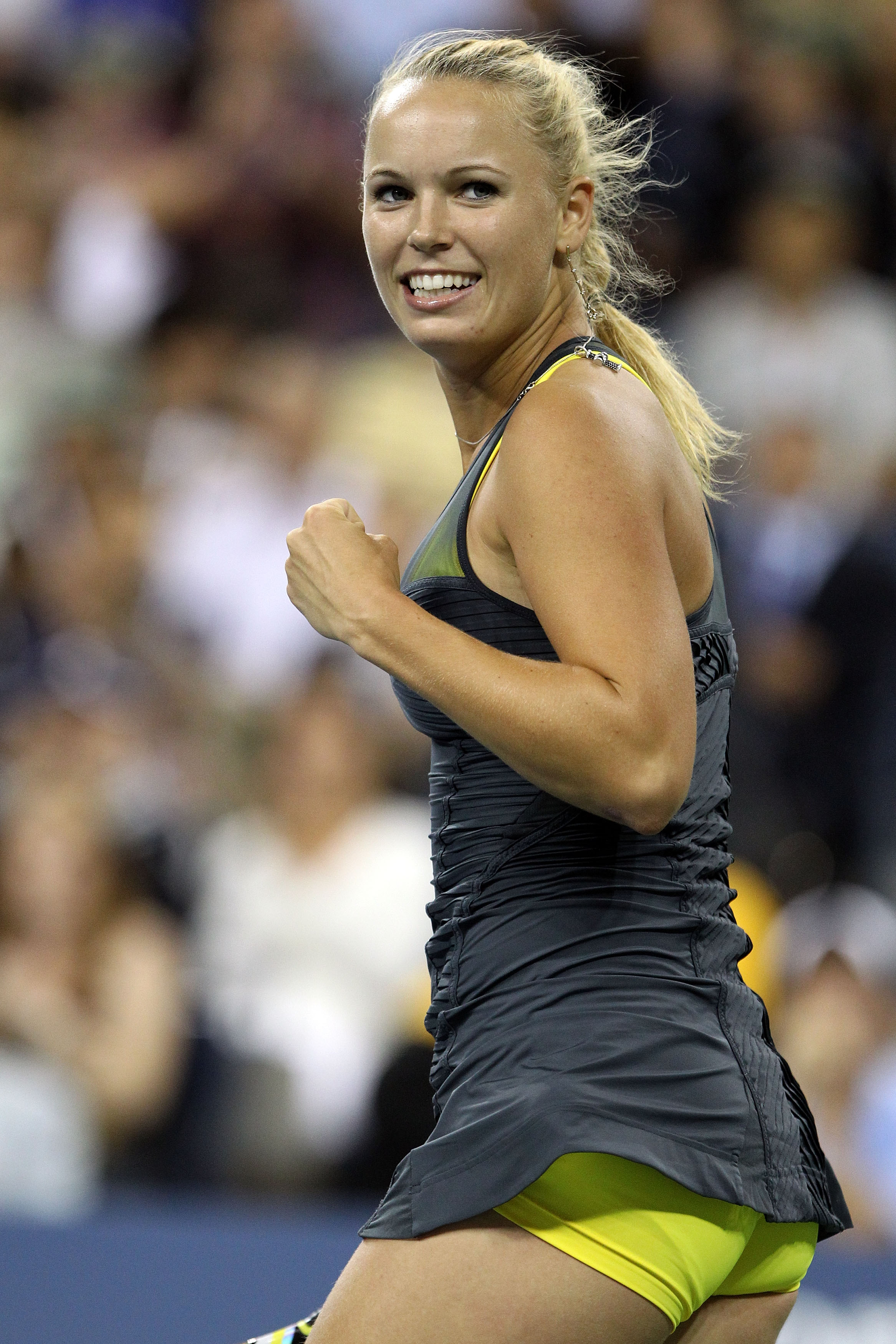 On the surface, nothing looks spectacular about Ms. Wozniacki's game. When you take a closer look however, you see that she is like a human backboard.

She can out rally anyone on the tour, and has the speed plus the strength to make it very affective, unlike some of the other women who just go out and rally.

She is the closest player in the women's game to Rafa but she needs to add a few more weapons herself. 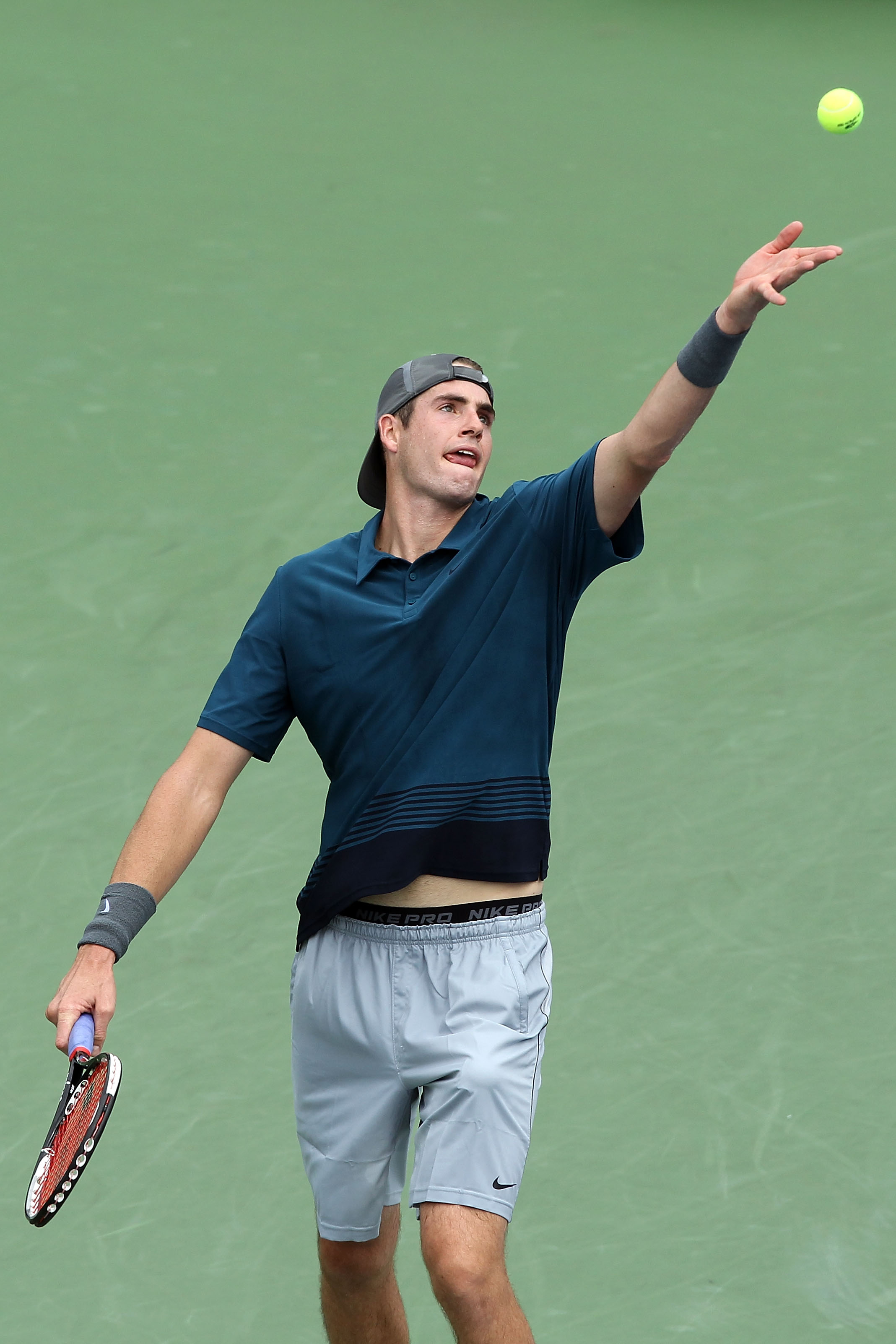 John Isner is a tennis player with limited mobility and play-making ability, but has done a very good job at climbing the rankings. The reason being is his enormous serve, being 6 foot 9 doesn't hurt.

Isner's serve might have past Roddick for best serve on the tour. It is almost impossible for anyone to break his serve when he is hitting it consistently.

Just take a look at Wimbledon, where he held his serve 69 times in a row during the 5th set, and constantly hitting bomb aces while doing it. I know this is one weapon I wish I had. 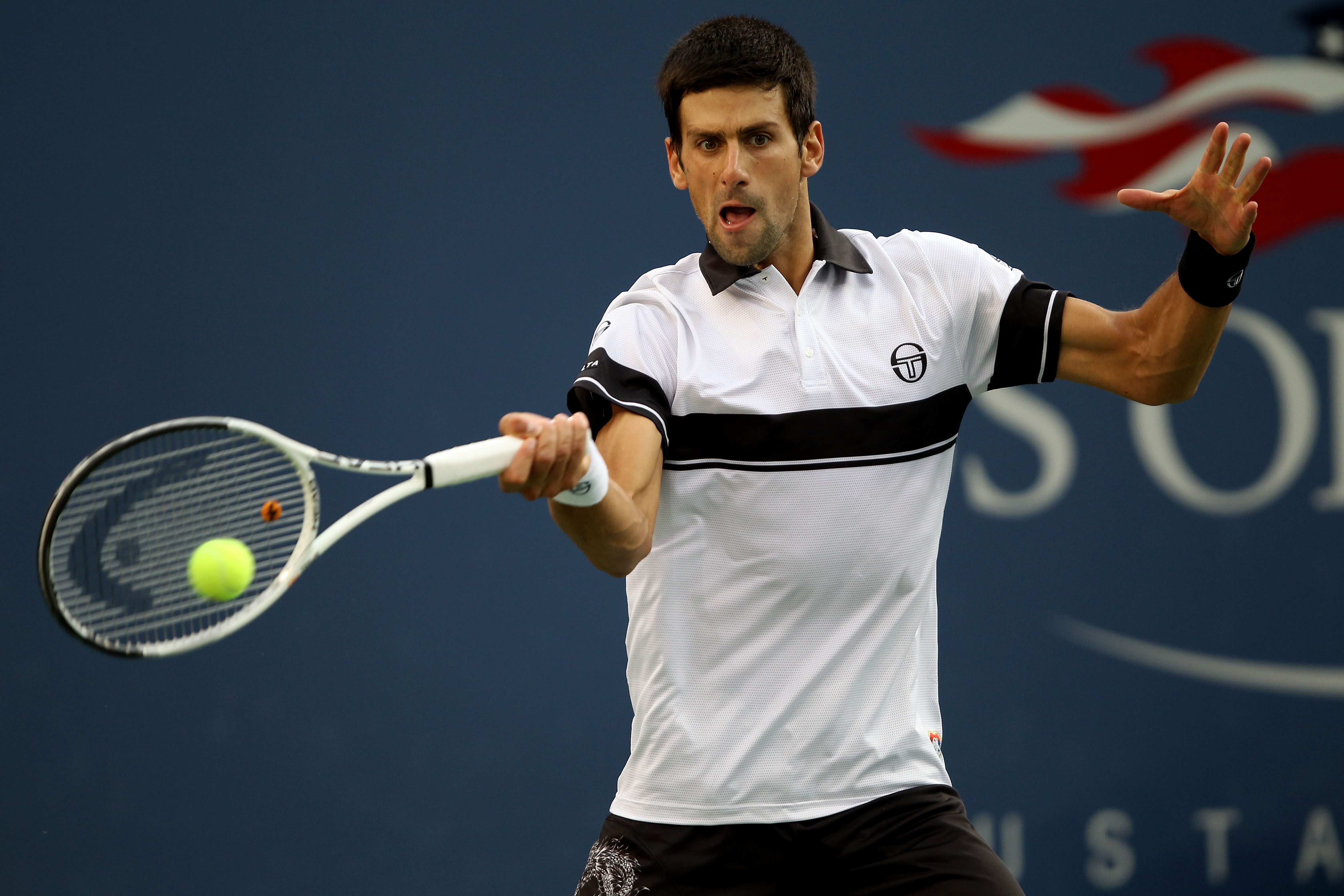 One man that can handle the big servers just mentioned is Djokovic. The Djoker can handle pretty much anyone's serve. There is a reason why is a top 3 rated player in the world, despite having such an average serve himself.

The announcers at the US Open made a big deal about how Nole was the only man in the top 50 to average more double faults than aces.

What they failed to point out is that Novak might be the best return man on the tour. I acknowledge that some people think Andy Murray is a better return man, but I don't think so.

Where does Djokovic get this weapon from you ask? It might be the power of the shirts his parents wear. 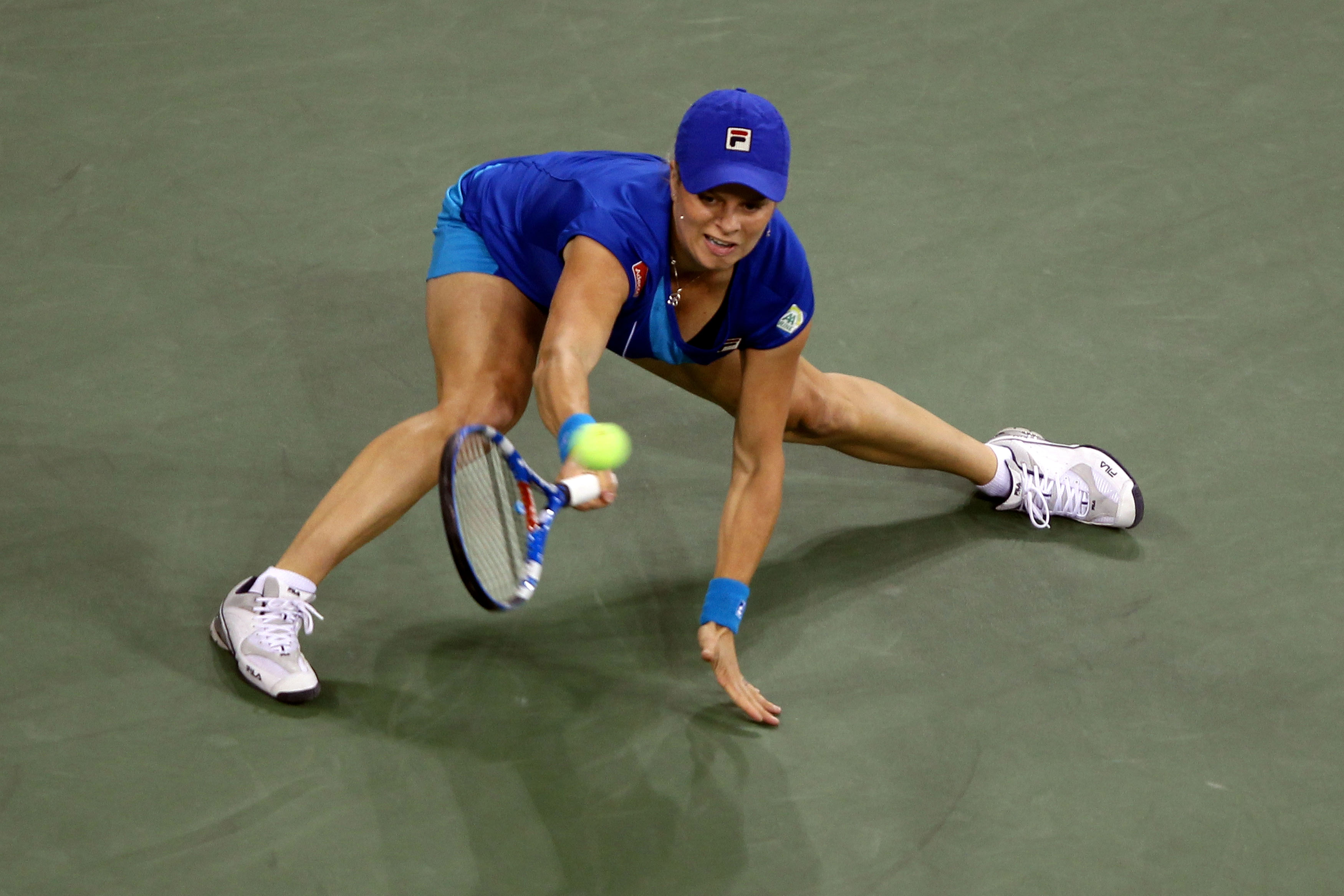 There is a reason why Kim Clijsters has won the last 3 US Opens that she has entered. While she has many weapons, like her forehand, it is her court coverage that is her best weapon.

Not only can she slide/do a split, to retrieve a ball, but she has mastered the art where she can actually go from defense to offense while pulling off that move.

She might not have the speed of some of the other women, but on a fast surface like at the US Open it is hard getting the ball past her, and that is why she remains the Queen of New York. 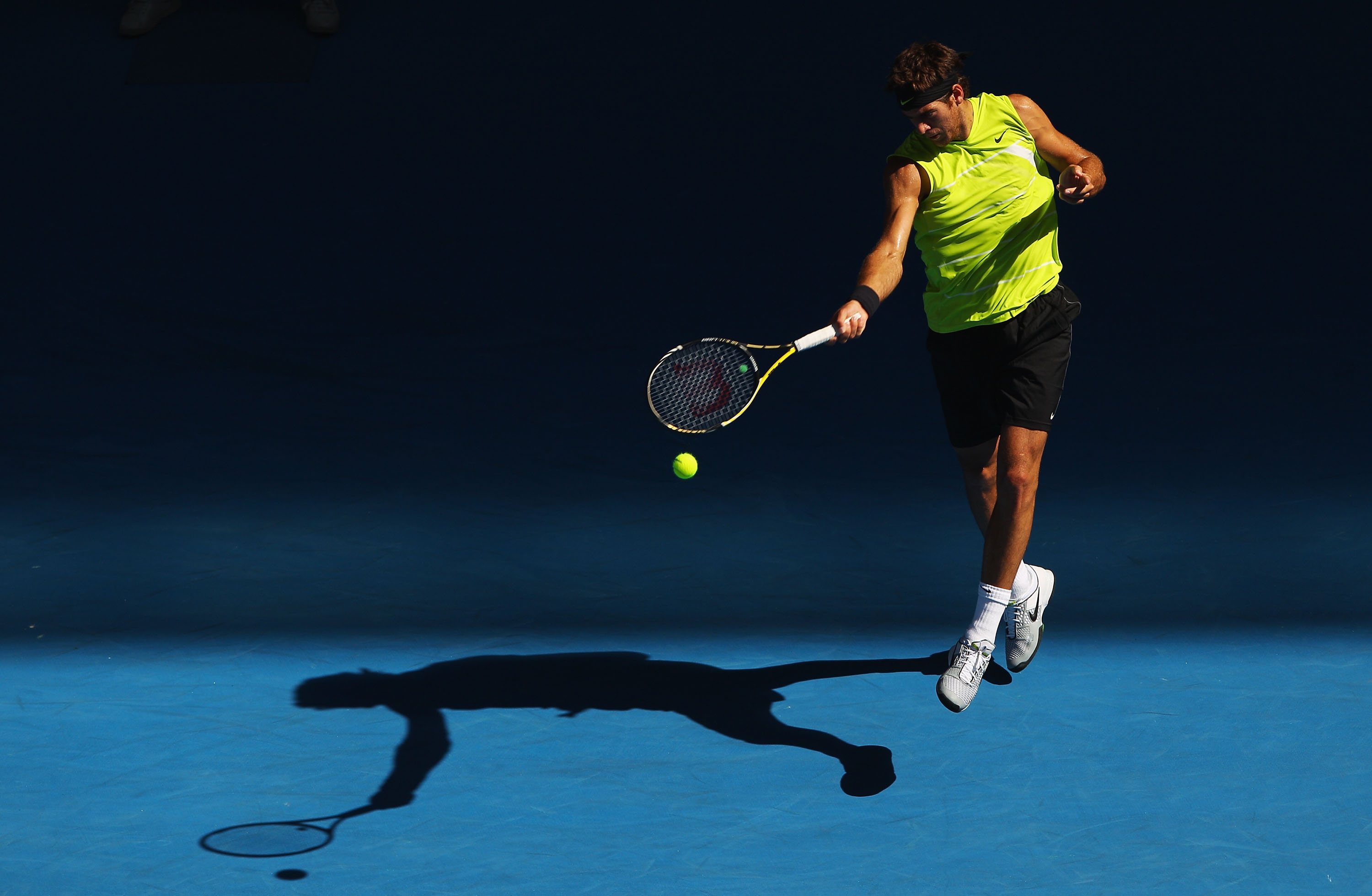 We haven't seen Del Po in awhile because of his wrist injury but he is back and that means the most powerful forehand in tennis is back.

The power he generates on his backhand but especially his forehand is the reason why he can beat anyone in the world, just see last year's US Open when he destroyed Rafa 6-2 6-2 6-2.

When you hear him crack the forehand live, it almost sounds like a cannon going off. It might be the most devastating one shot in tennis. 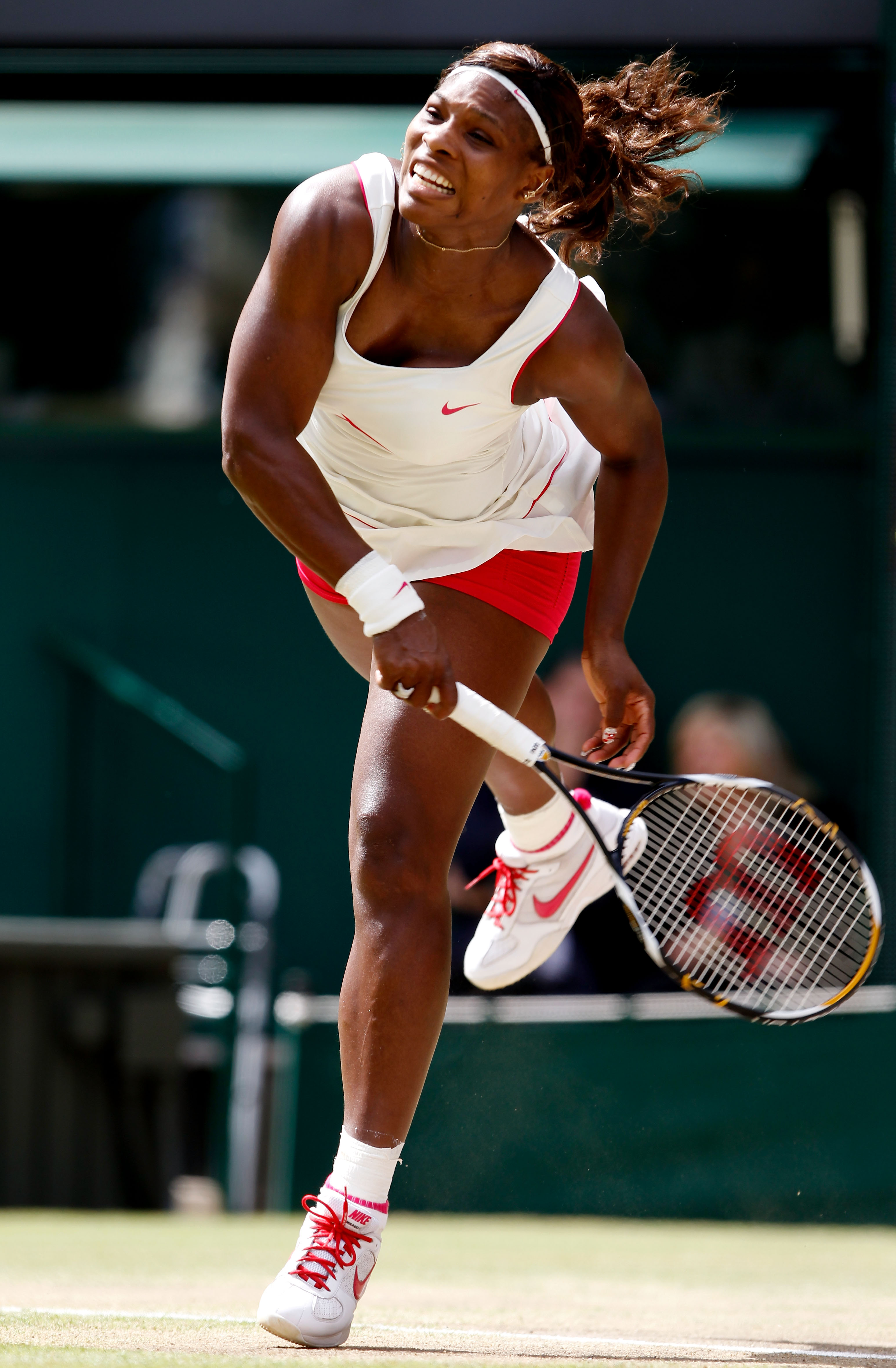 No one woman should have all that power! Kanye was right after all. The difference between Serena and the rest of the women's game is her unbelievable power coupled with her mental toughness.

Not only is her serve the most powerful, but her forehand and backhand might be as well.

She might not be as fast as she used to be, but she is still definitely as powerful as she has ever been. Power by Serena sounds like a fragrance, but in actuality it is one of the best weapons in tennis. 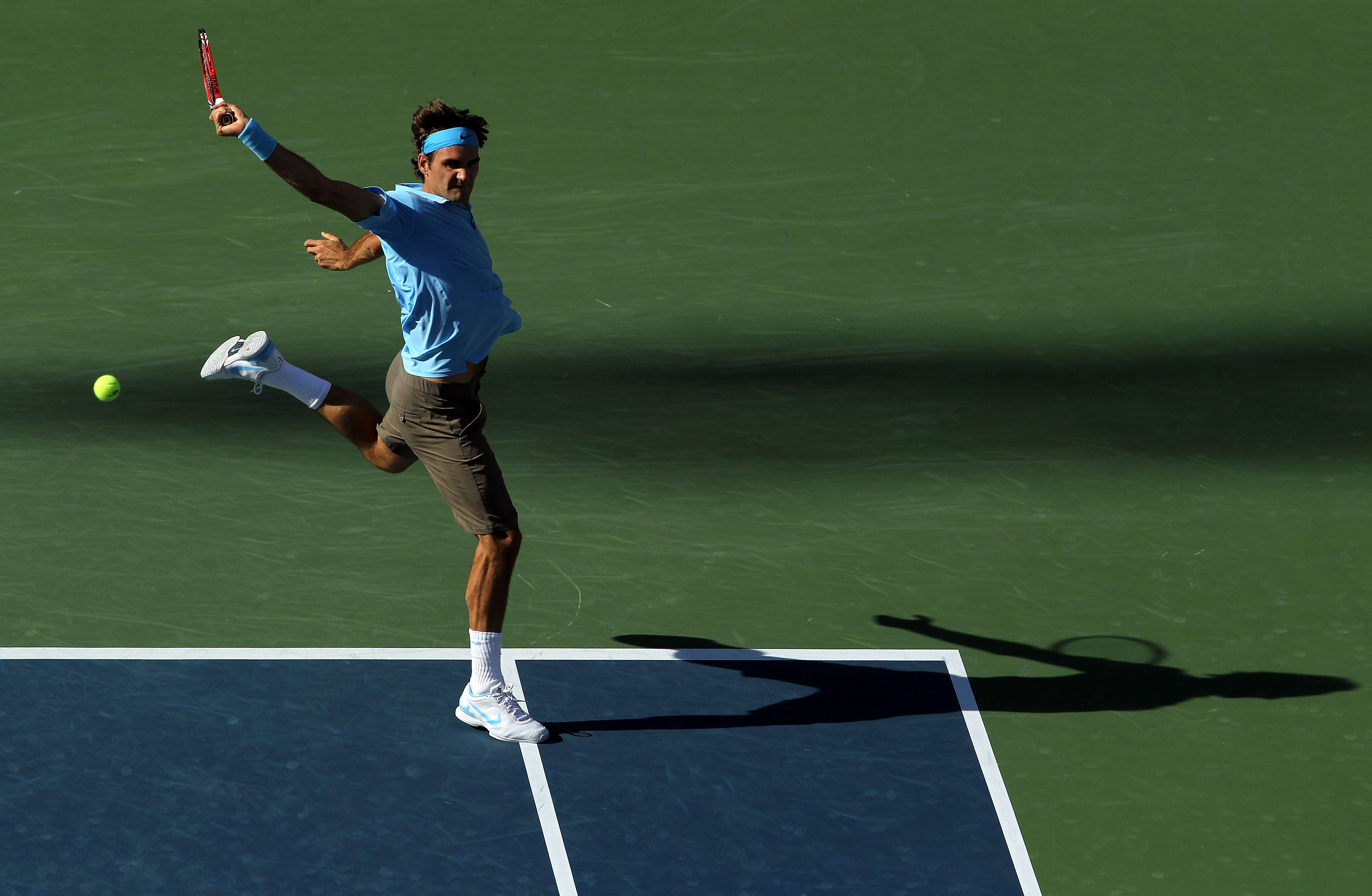 While this might sound kind of lame as the number 2 weapon in tennis, it is in fact Federer's best attribute.

It was hard selecting just one weapon, since he and Rafa have so many but his footwork is what make Federer great. Although, I was considering his serve placement.

His footwork almost looks like he is hovering around the court, the way he glides to every ball. He is always in position which allows him to strike the ball with great force and at the same time placing it any corner.

When he was dominating in his prime, his footwork was similar to a forbidden dance. 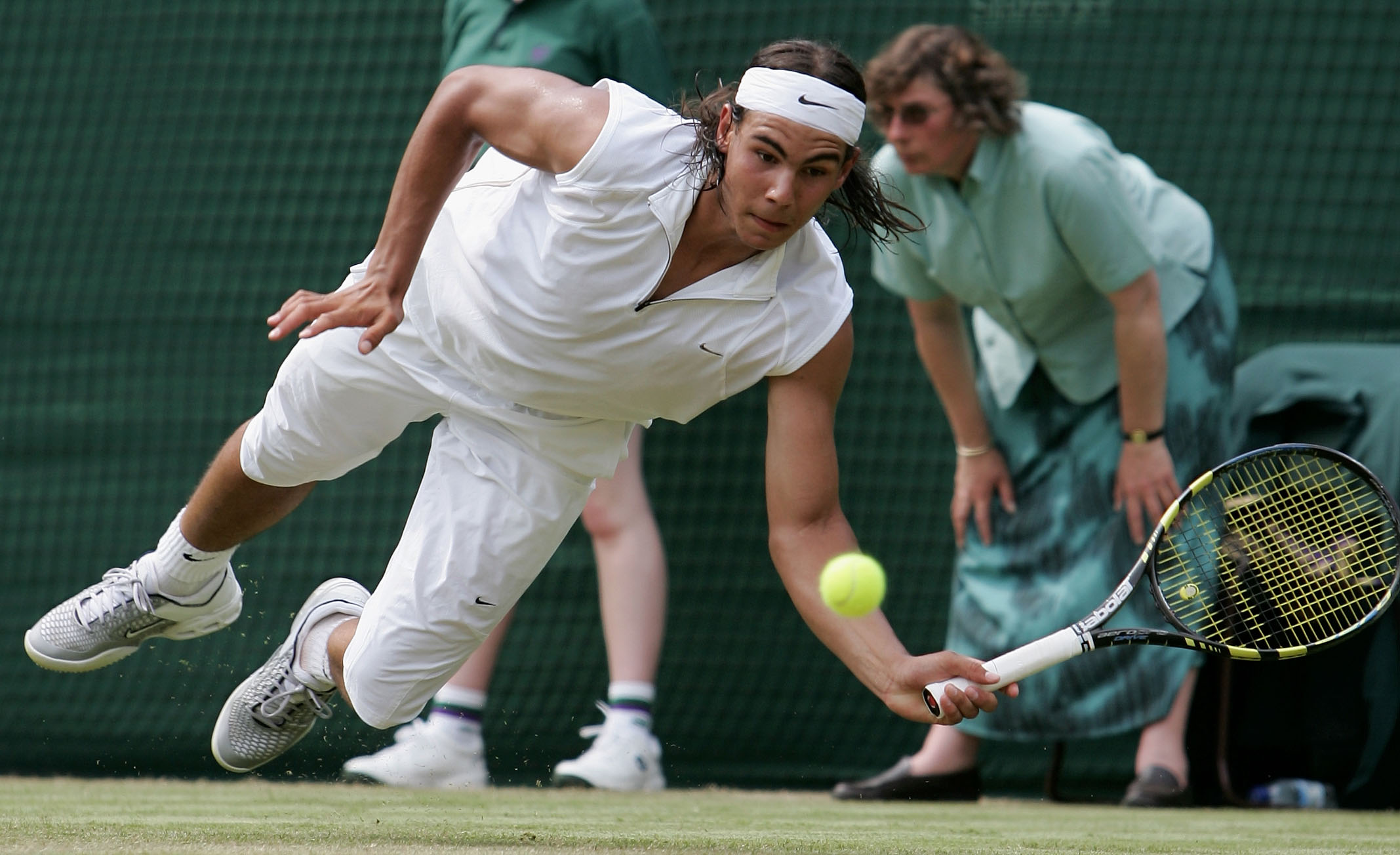 When you add up everyone's weapon and put it into one cyborg, you get Rafael Nadal. It was almost impossible picking what his best weapon was, but whatever it was, clearly was the No. 1 weapon in tennis right now. I went with defense, because that is where it all starts from.

When you watch, you think he literally will never miss a shot. Even his mishits land in, and deep.

He has the best defense tennis has ever seen and it frustrates his opponents so much that he breaks them down mentally as well as physically.