MLB Trade Rankings: Roy Oswalt and the 10 Best Deals Made at the 2010 Deadline 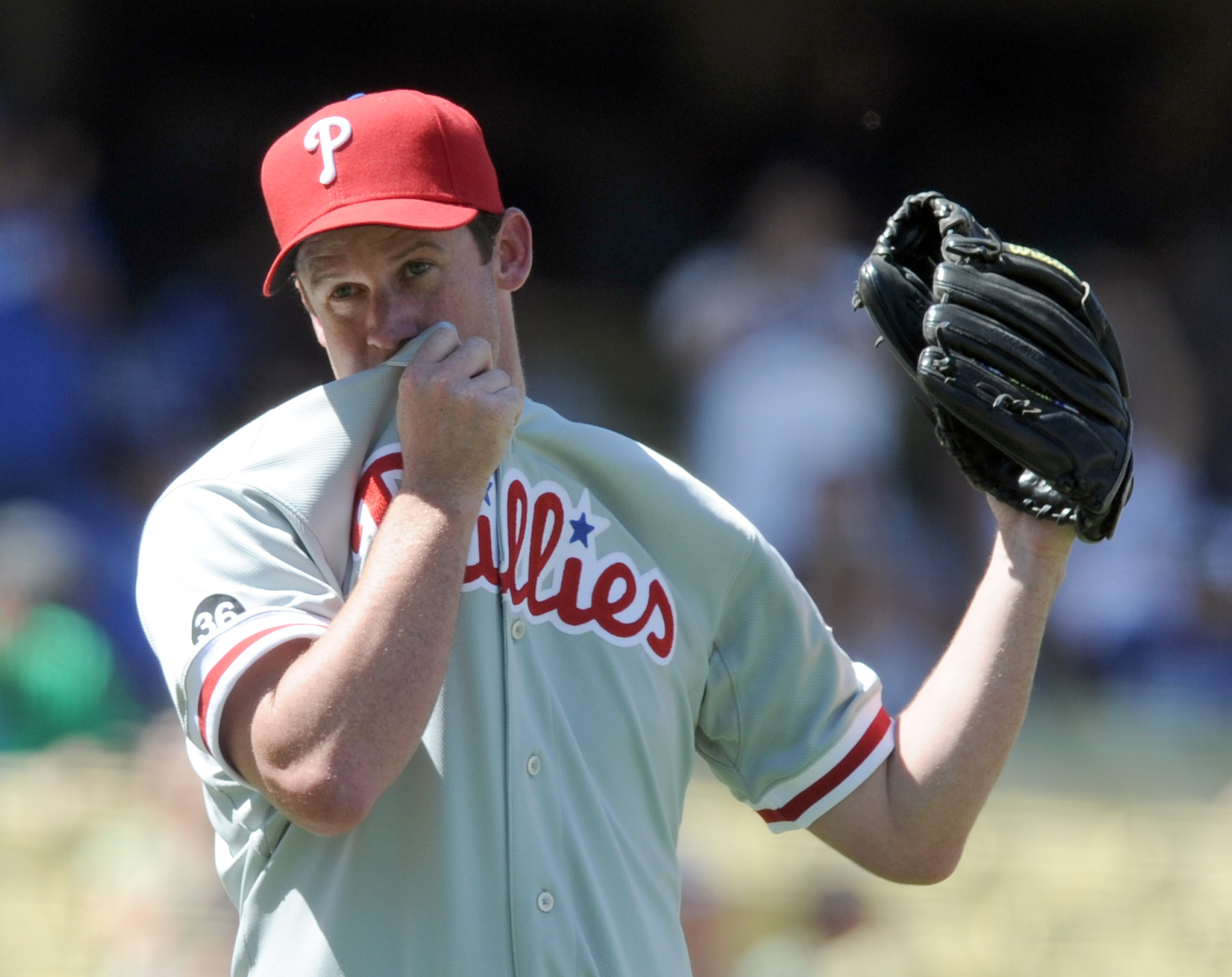 The trade deadline always brings new excitement to MLB teams and their fans, and it doesn't matter whether the team is struggling or on their way towards the postseason.

This year there was a bevy of players who were sent all over the place and for some, it was really hard to keep up, but for others it was a torrent of player news they couldn't get enough of.

It all started with Roy Oswalt, and went on from there, so let's take a look at my top 10 list of who I feel were the best trades in 2010. 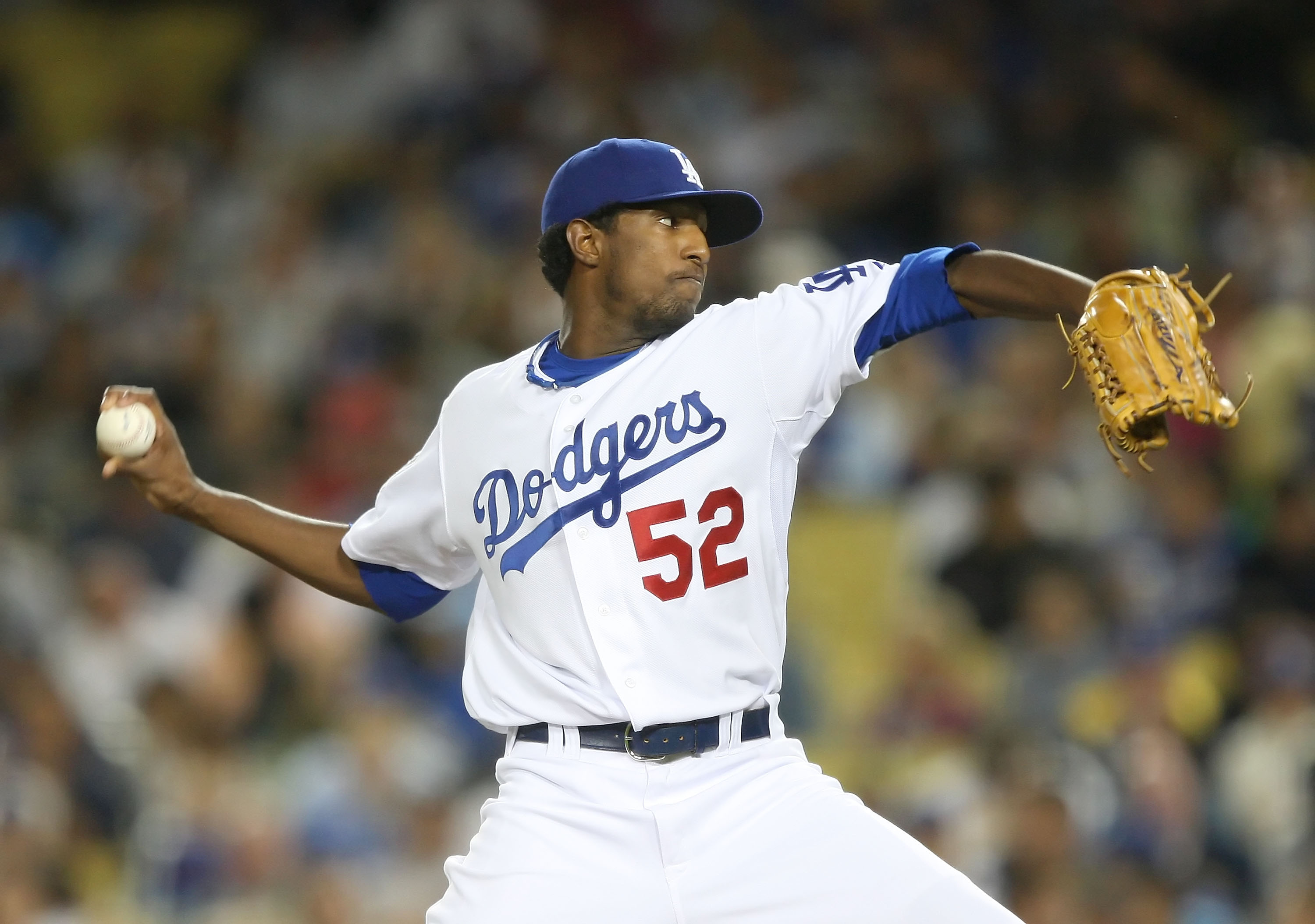 The Dodgers have just gotta be kicking themselves for making this trade as McDonald, a converted bullpen guy to starter, is making a serious name for himself in Pittsburgh and is the man right now.

Octavio Dotel, who the Dodgers received in return for McDonald, isn’t even on the team anymore as he currently dons a Rockies jersey.

McDonald remains a hot pitcher in Pittsburgh, and if he can harness what he has accomplished so far in 2011, the Pirates will be looking pretty good. 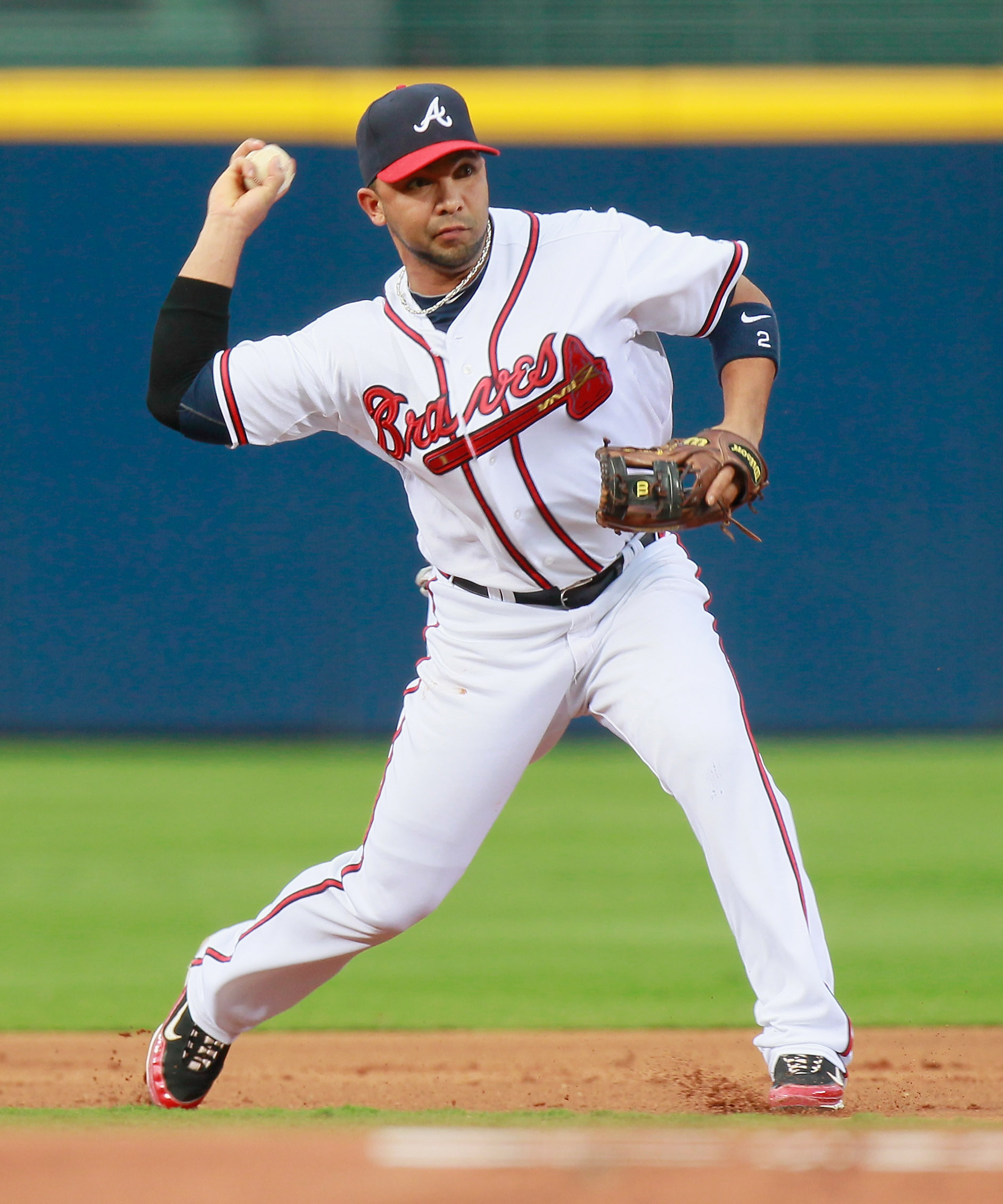 The Braves knew what they were doing when they brought in Gonzalez, and while many may say the trade between Toronto and Atlanta is a draw, it’s the Braves that made out in my opinion.

Atlanta needed another quality bat in their lineup to stay competitive in the NL East race for first, and Gonzo has fit the bill admirably hitting .267/.321/.418 with five HRs and 35 RBI.

Gonzalez has also been a good source of defense for the Braves, and could be a huge X factor in the post season for them making this trade No. 9 on my list. 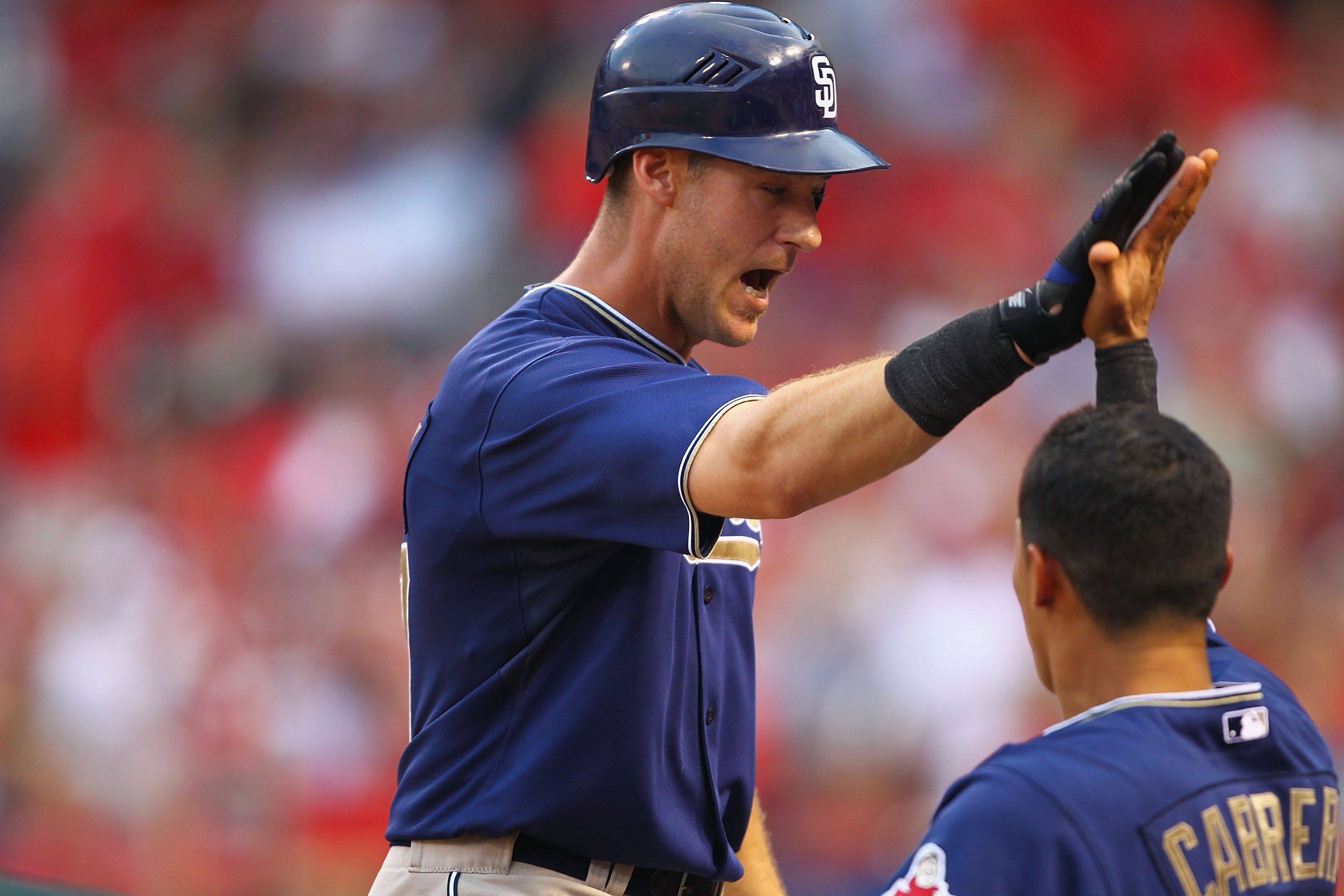 A slow start after arriving in San Diego had many people wondering if the Padres made the right choice in trading for Ludwick but the truth is they couldn’t have made a better trade.

Now, Ludwick is finally turning things on hitting .385 over his last seven games—which is perfect timing for a team headed to the postseason.

Since coming to San Diego, Ludwick is hitting .239/.330/.368 with 5 HRs and 21 RBI, but don’t let the numbers mislead you, Ludwick is a superior run producer and excellent at the art of driving them in.

Hitting a dinger in San Diego is almost equal to hitting a ball into the black hole, so it isn’t so much his home field value as a hitter that’s important, rather, his value as a power hitter on the road that everyone is going to have to deal with. 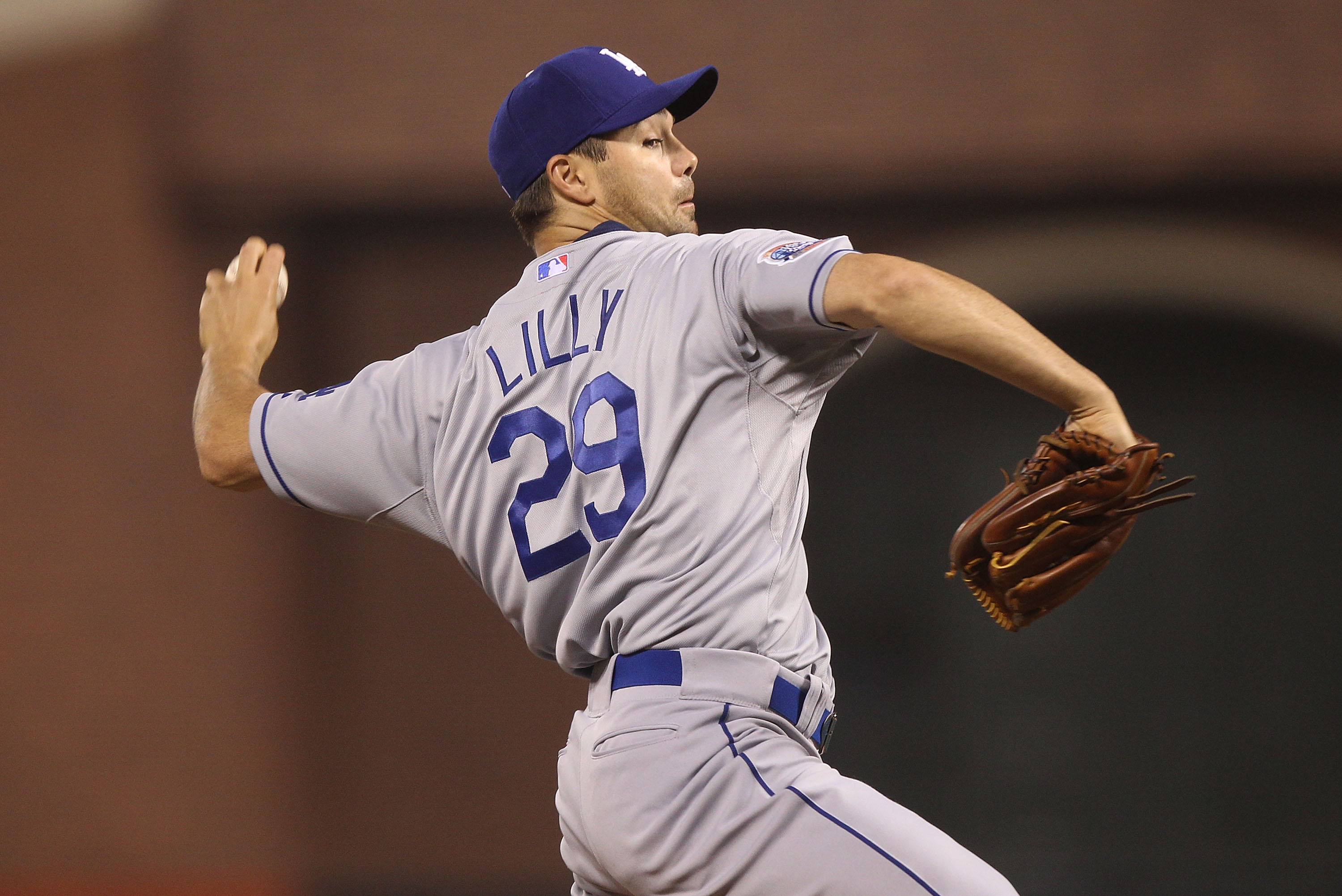 There hasn’t been a better feel good story than Lilly being reunited with Joe Torre and turning things around in L.A. since his arrival.

Before being traded the flame thrower was having a subpar season in Chicago as he was dealing with coming back from injury, but since returning to L.A. Lilly has gone 5-3 with a 4.12 ERA.

There was a stint where the Dodgers put Lilly on the trading block, but I don’t think it was anything more than a bait move, and currently the Dodgers are looking to sign Lilly to a more extensive deal to keep him around despite several team being interested in his services.

Either way, the 2011 season should be rather interesting with Lilly in town as a main focal point of the pitching staff. 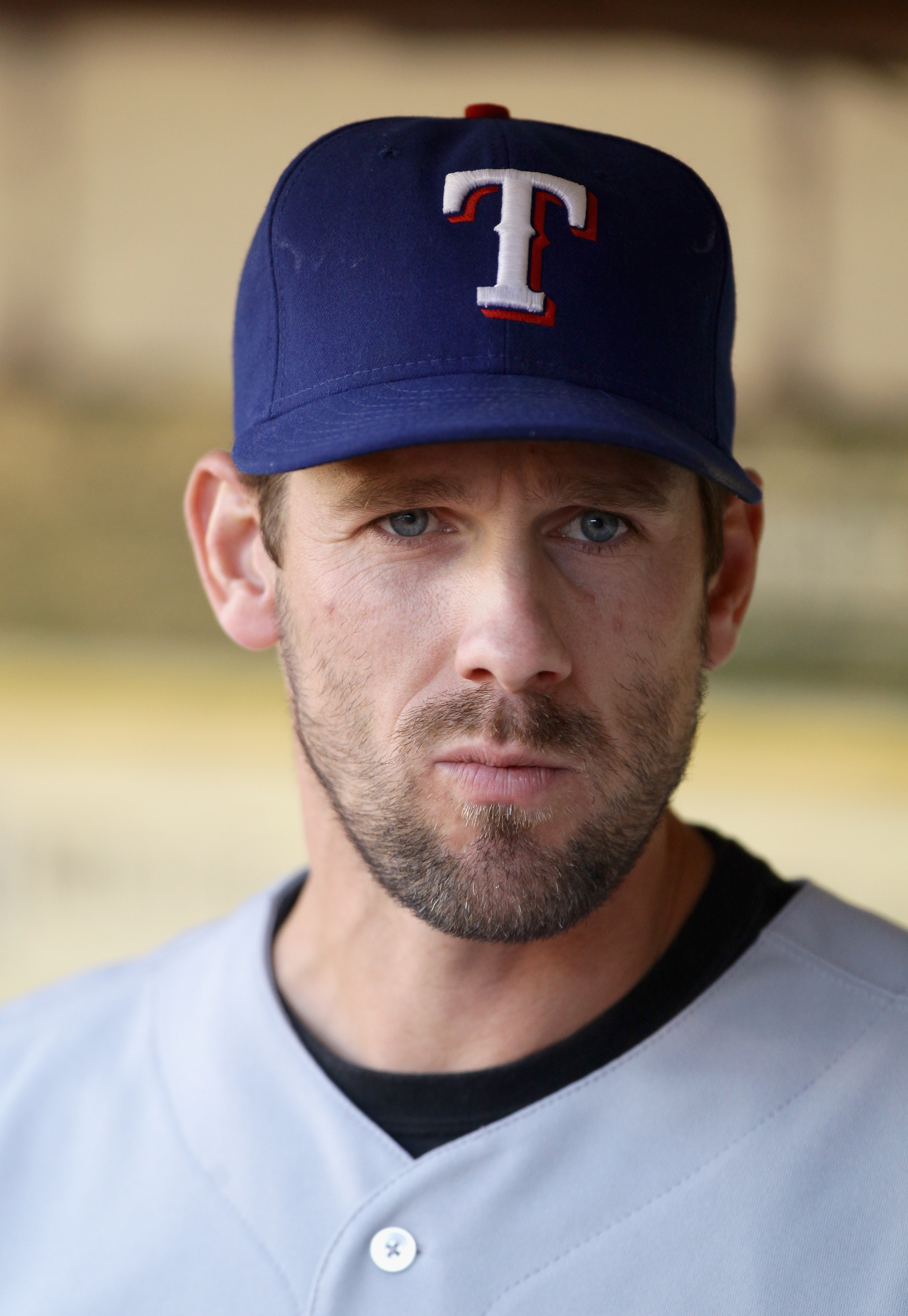 One thing that has escaped me this year has been the fact that Cliff Lee can’t seem to find a stable home in the majors.

Don’t get me wrong, this is a quality trade for the Rangers and it will surely help their case in the postseason just Lee did for Philadelphia, which is why I have it at No. 6.

Since coming to Texas, Lee has gone 4-5 with a .444 ERA which doesn’t sound like a great line but his 85 strikeouts are a big help to a team that will have an uphill climb in the postseason.

Lee pitched better in Seattle but with good reason since Seattle is a cavernous pit that accommodates pitchers, so doing what he has done in Texas—a hitter's park—is a noteworthy accomplishment.

He’ll be a huge factor on the road in the postseason. 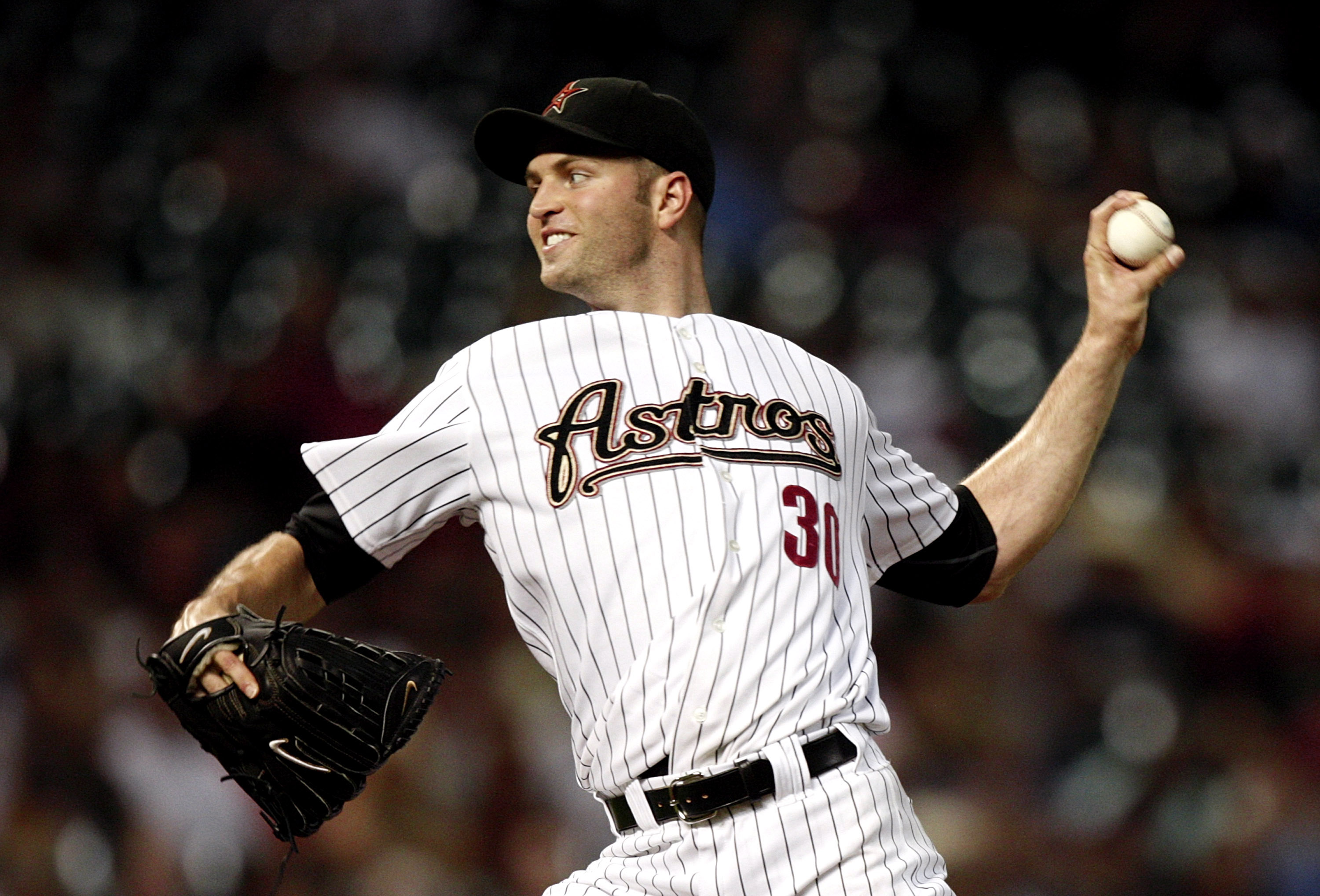 Since coming to the Astros, Happ has gone 5-2 with a 3.63 ERA and has been one of the biggest bright spots on a team that desperately needed one.

But what’s more important to about this trade, is just how Happ fits into the puzzle.

The Astros were looking to go with a younger team from day one and have been quietly building a very good team filled with promising youth, with such players as Bud Norris and Tommy Manzella just to name a few.

Add in a quality veteran like Brett Myers and then add in a former teammate J.A. Happ and viola...Ed Wade Jr. has exactly what he wants for the end of this year, and more importantly, the 2011 season.

And you have to admit, since dealing their older players (Berkman and Oswalt) they have been playing much better. 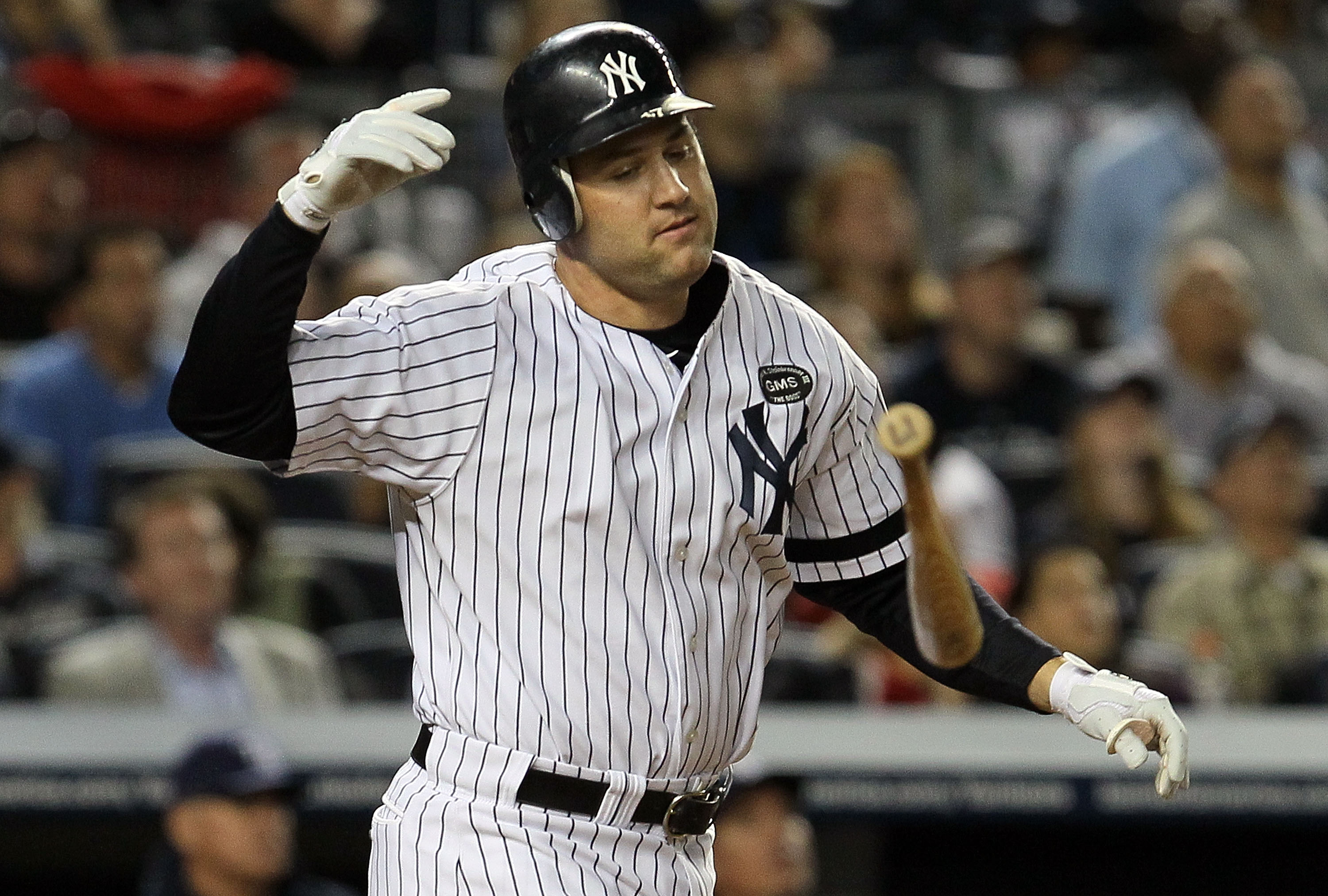 Speaking of Astros players (and we will extensively) Berkman comes in at No. 4 on my list.

Berk has lost a step in his old age, yes, but the big bat has been a welcome addition in a Yankees lineup that has been in a dog fight for the division with those pesky Rays since day one.

Imagine if the Yankees didn’t have the type of power that Berkman brings to the plate?

Berkman’s presence alone will be pivitol in the postseason run for the Yankees, and considering he was brought in at the deadline, he's had more time to acclimate himself to the ways of the Yanks. 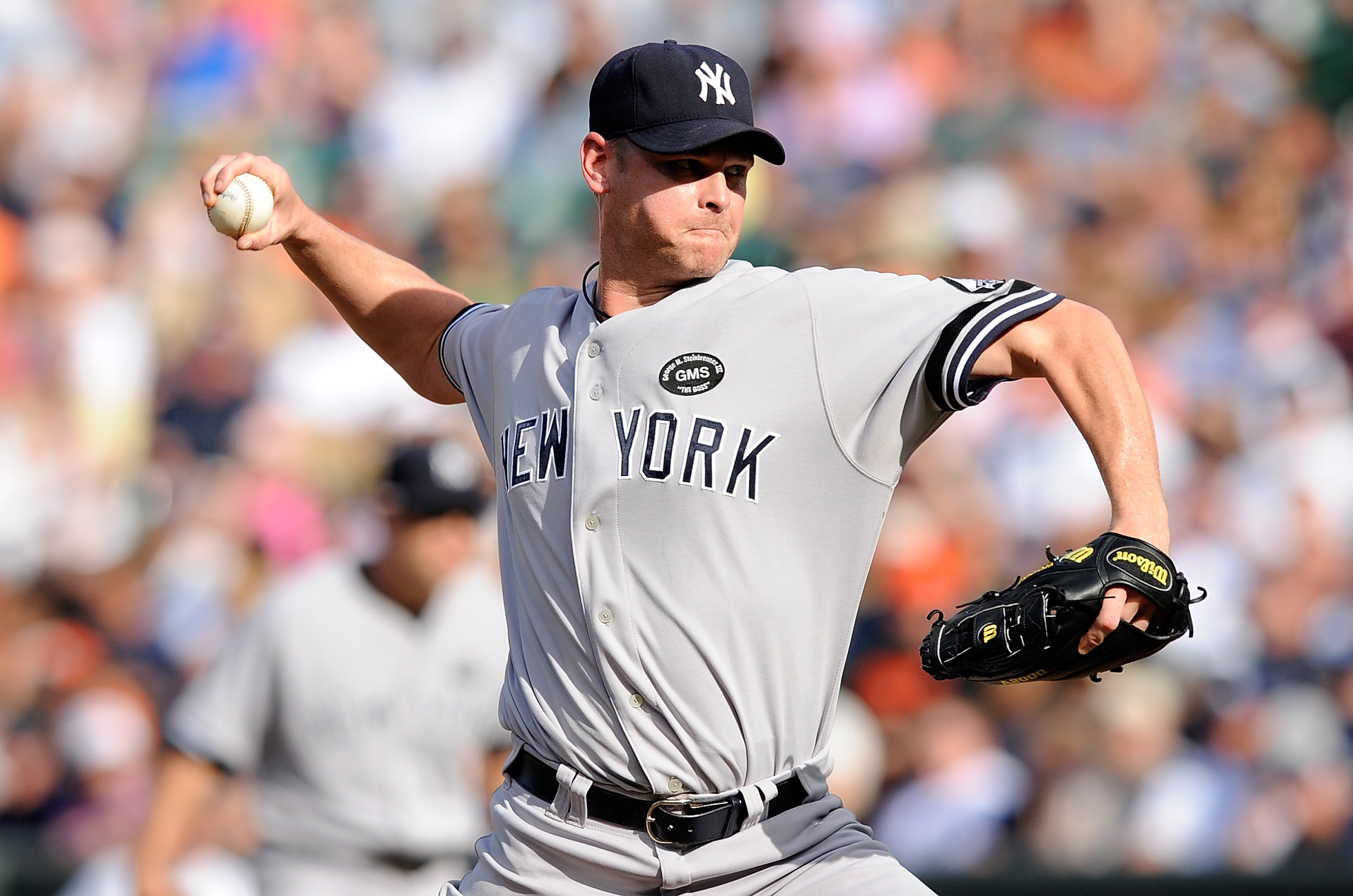 Another pivotal player in the Yankees postseason quest will be closer Kerry Wood.

Wood has had a bittersweet career in the sense that he has been feared for his capabilites, but always held back by laundry lists of injuries.

Despite his hospital rap sheet, the Yankees still felt he was worth taking a chance one which says a lot.

Wood has gone 2-0 with a sick 0.42 ERA since coming to the Big Apple, and if he can continue on this stretch of quality pitching and stay healthy, he will be one of the biggest impact trades of the 2010 season. 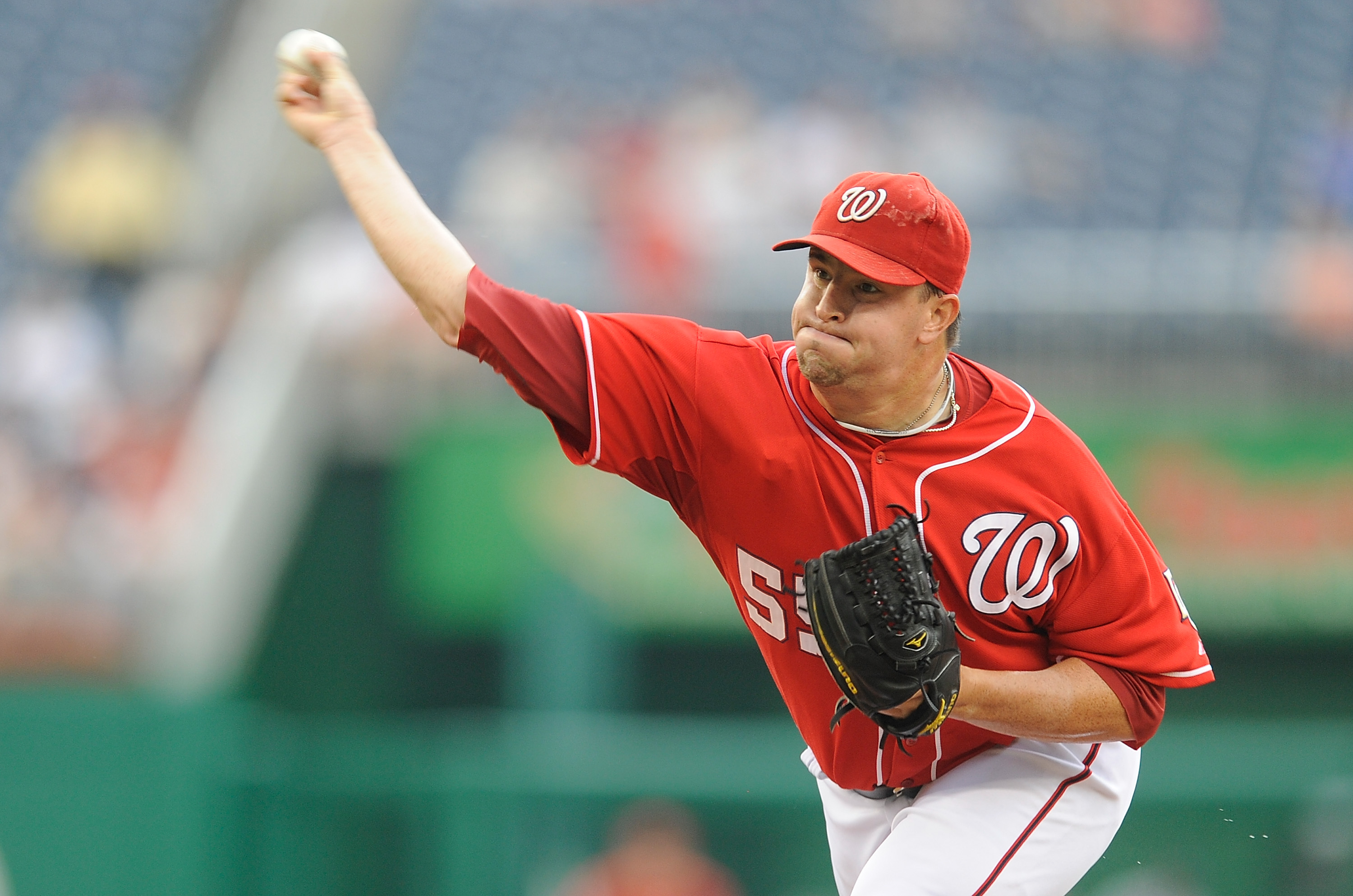 Another high end bullpen pitcher that will be paramount to a team’s postseason quest will be Matt Capps. Since coming to Minnesota he has proven more than capable of dealing with the best of them.

The Twins pretty much have things locked up in the Central, despite their magic number being two, and the one thing they really did need was a shutdown pitcher out of the pen.

The Twins will look to manage games in the postseason instead of just trying to slug it out with competitors, and one of the ways you do that effectively is with a solid bullpen.

Matt Capps is a solid piece of that puzzle—making his trade huge. 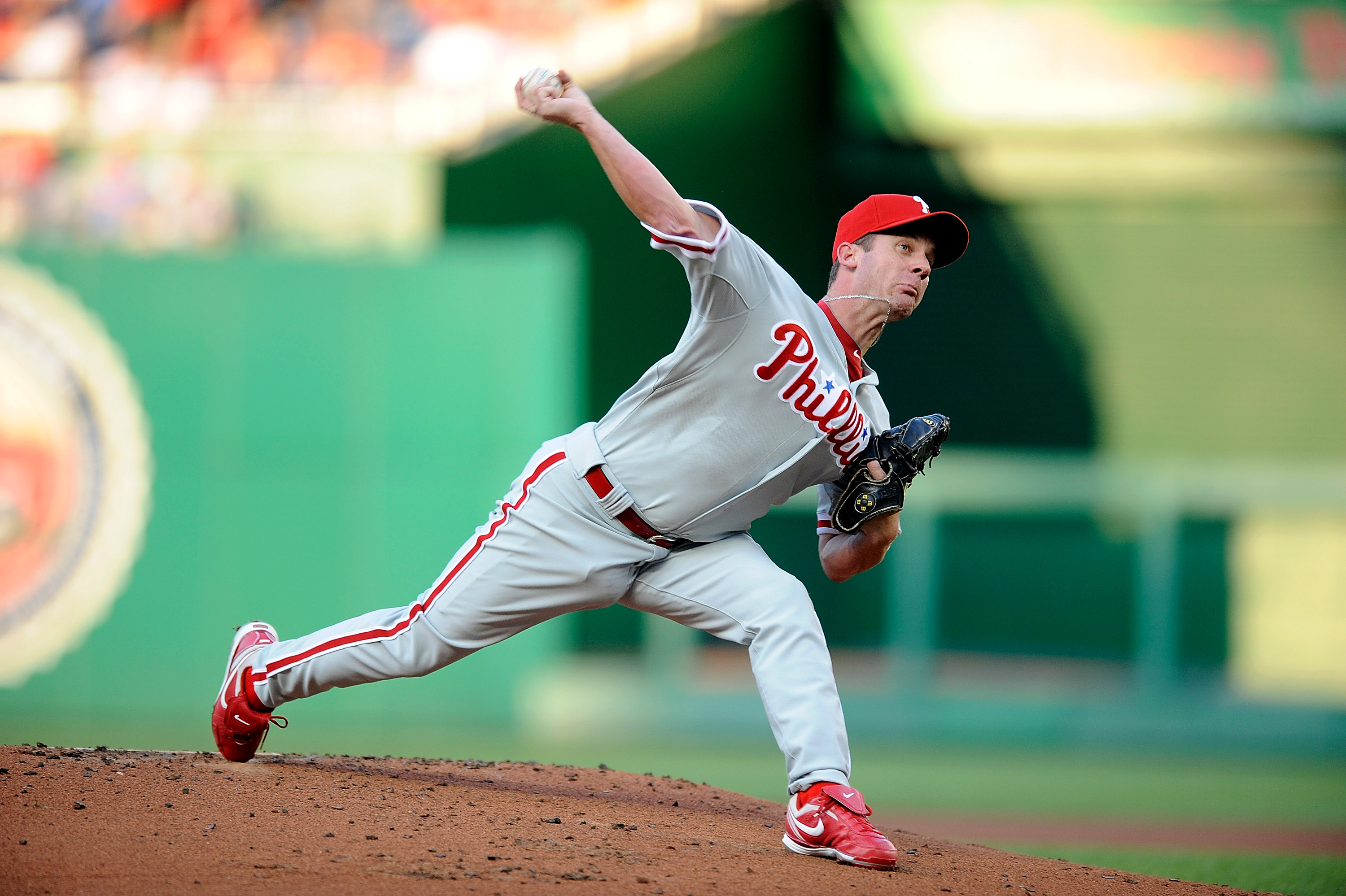 They said his career was over. They said he simply wasn’t as good anymore.

Since coming to Philadelphia, Oswalt has been huge, more importantly, he has been resurgent going 7-1 with a 1.94 ERA.

But it isn’t just about the player it’s about the entire picture.

Oswalt is part of one of the biggest three headed monsters in the entire National League, which has been one of the reasons why the Phillies have stormed back into first place, with a four game lead.

Between Oswalt, Hamels and Halladay the three are a combined 19-6 with a 2.40 ERA and in the month of September—the month where Philadelphia traditional plays the best—the trio is a undefeated at 10-0.

And they take this, along with some exceptional hitting, and top notch fielding into the postseason…are you getting the "Pheeling” yet.