The first head-to-head, "for all the marbles" meeting between these two teams, came in 1915 when the surprising, Philadelphia Phillies, jumped from sixth to first in one year to lead the race for the National League Pennant.

The Phillies started that 1915 season 8-0 right out of the gates, taking over first place, a position they would, ultimately, hold for some 100 days that season.

They didn't regain their lead back until some 41 games later, thanks to a three game sweep of Rogers Hornsby and the St. Louis Cardinals.

Heading into August 13, 1915, the Boston Braves were making a strong campaign for first place in the National League. They trailed the first place Philadelphia Phillies by three games, and had a record of 6-9 against the Phils that season.

The series turned out to be a bust, as the Braves were swept being outscored 19-3.

Despite the hammering from the Phils, that didn't shut the resilient Braves down, at all.

Playing in a brand-new Braves Field, Boston put on a 26-12 late-season drive leading into another three-game set with the Phillies, but they could only come up with a final record of 83-69—seven games back of the Phillies.

The two series down the stretch proved to be key for the Braves that year, allowing the Phillies win their first head to head race with the Braves.

Monday, September 20, 2010 was a night both fan bases have been looking forward to at one time or another.

The Atlanta Braves took a 7-5 head-to-head record into tonight three games back, looking to begin their run towards the top of the division once again after losing their number one spot, ironically, to the 2010 St. Louis Cardinals.

This game had every bit of that playoff feeling. Towels were waving, fans were screaming, and the stadium lights hung in the foreground of the evening back drop.

With Jair Jurrjens tweaking his knee last Friday during a bullpen session, the Braves called on rookie Brandon Beachy to open this all-important Game 1.

The Braves came out strong swinging their bats in effort to intimidate Cole Hamels.

All of the key batters, for the Braves, got into the mix early, with Jason Heyward getting on base, and Derrick Lee and Brian McCann doubling to help Beachy take the early 1-0 lead.

Cole Hamels, who had dominated the Braves this season, had to fight his way out of a, no-out jam, with runners on first and third, but he fought through the inning only sacrificing one run.

The Phils responded right away in the bottom of the second with a score off of a Carlos Ruiz double to shallow left sending Ryan Howard home.

At that point, it felt like this would be a dog fight.

In the bottom of the fifth inning a key error by rookie Jason Heyward moved Shane Victorino to third which allowed him to eventually come home making the score 2-1 Phillies.

After a few difficulties, Bobby Cox decided to replace his young pitcher with Eric O'Flaherty, but the news didn't get any better after.

O'Flaherty loaded the bases on two consecutive walks with one out, allowing Raul Ibanez to advance the runners and score Utley on a ground out to short stop—making the score 3-1.

Despite runners being on base for the whole bottom of the inning, the Braves managed to pull through only allowing two runs. Peter Moyland replaced O'Flaherty to Strike out Ruiz.

Hamels started hitting a stride, buzzing through Braves as he had earlier in the season. Through seven innings he had, six K's, and only allowed one earned run.

In the eighth inning, despite Hamels being in dominant stride, Manuel decided to pinch hit for Hamels, and rely on his guy, Brad Lidge, in the ninth.

Within a matter of minutes, despite the nervous energy in the stadium, Lidge tore a hole through the heart of Atlanta's batting order, taking the first game in the much anticipated series.

With the win, the Phillies move their winning streak to eight games; 12 wins in the last thirteen games. The Phils now drop their magic number to eight more wins to secure a playoff berth, and they increase their lead in the NL East to four games ahead.

The second game will be held Tomorrow night, when they send their ace Roy Halladay to the mound. Same place same time, as the Phillies chase the same result they got 95 years ago in their first race with the Bravos. 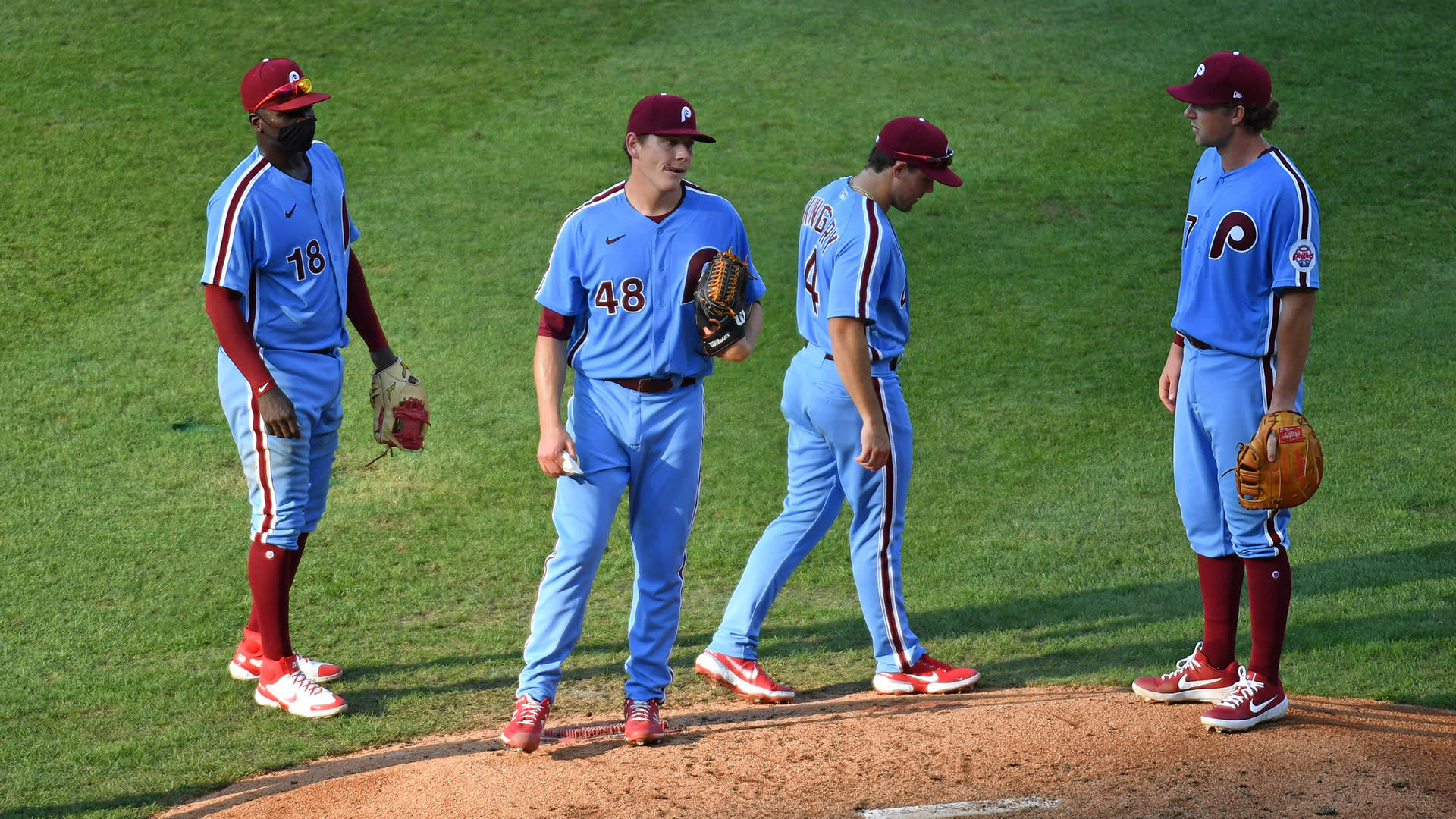