Kevin Durant Will Be the Best Player Of His Time In the NBA If... 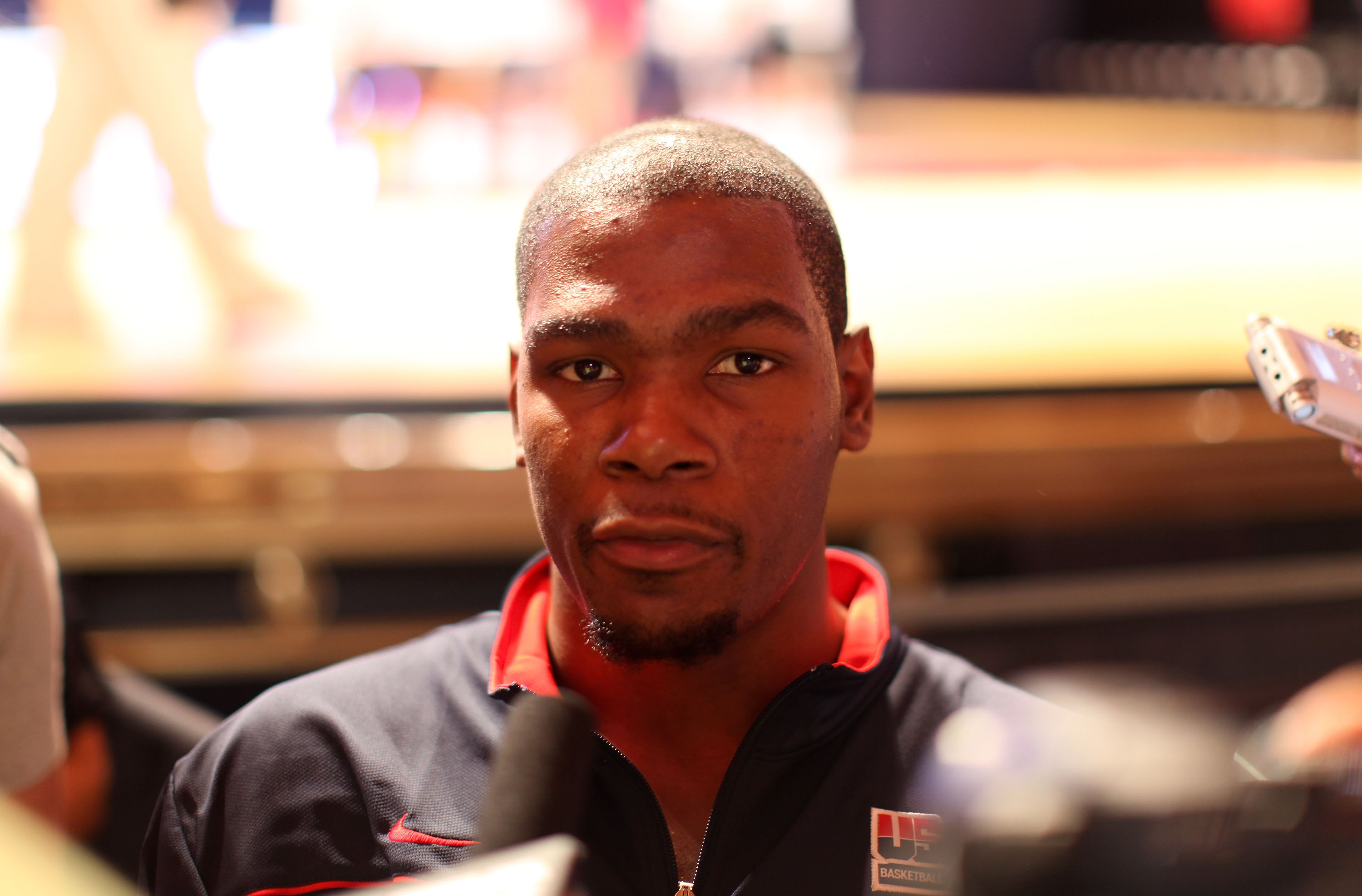 What the world did not know about Kevin Durant before the FIBA World Championships, it found out in a big way.

Team USA went to the 2010 tournament without some of its greats; Kobe Bryant, LeBron James, Carmelo Anthony, Chris Paul, and the like took the summer off by relaxing, or quietly making news involving where to play in the future. Despite the loss of some of the best Americans to play on the hardwood, Team USA, namely Kevin Durant, decided to show the world the depth that is residing back in the states.

The main reason Team USA succeeded is "Durantula." His 23 points per game led the U.S., and no one else on the team was within 12 points of his average in comparable time on the floor. His Michael Jordan-esque scoring average was third best in the tournament, trailing Luis Scola of Argentina (27), and Kirk Penney of New Zealand (24.5). Those two also averaged more time on the floor than Durant.

Back at home, Kevin Durant is the leader of the upstart Oklahoma City Thunder. Along with Team USA teammate Russell Westbrook O.K. City is on the verge of being one of the top teams in the Western Conference, an exclusive group that currently has only one member, the Los Angeles Lakers. With a core of young, talented players, the Thunder showed in the 1st round of the Western Conference playoffs why the Lakers may have company soon. Outside of Durant and co., no other team posed a real challenge to the Lake Show until Boston came knocking in the NBA Finals.

At this point, Kevin Durant's stock is on a permanent rise. While it can be argued that Durant is one of the best in the game today, there are arguments that can be made that he will be the best if...

The Thunder Eliminate the Lakers In the Playoffs 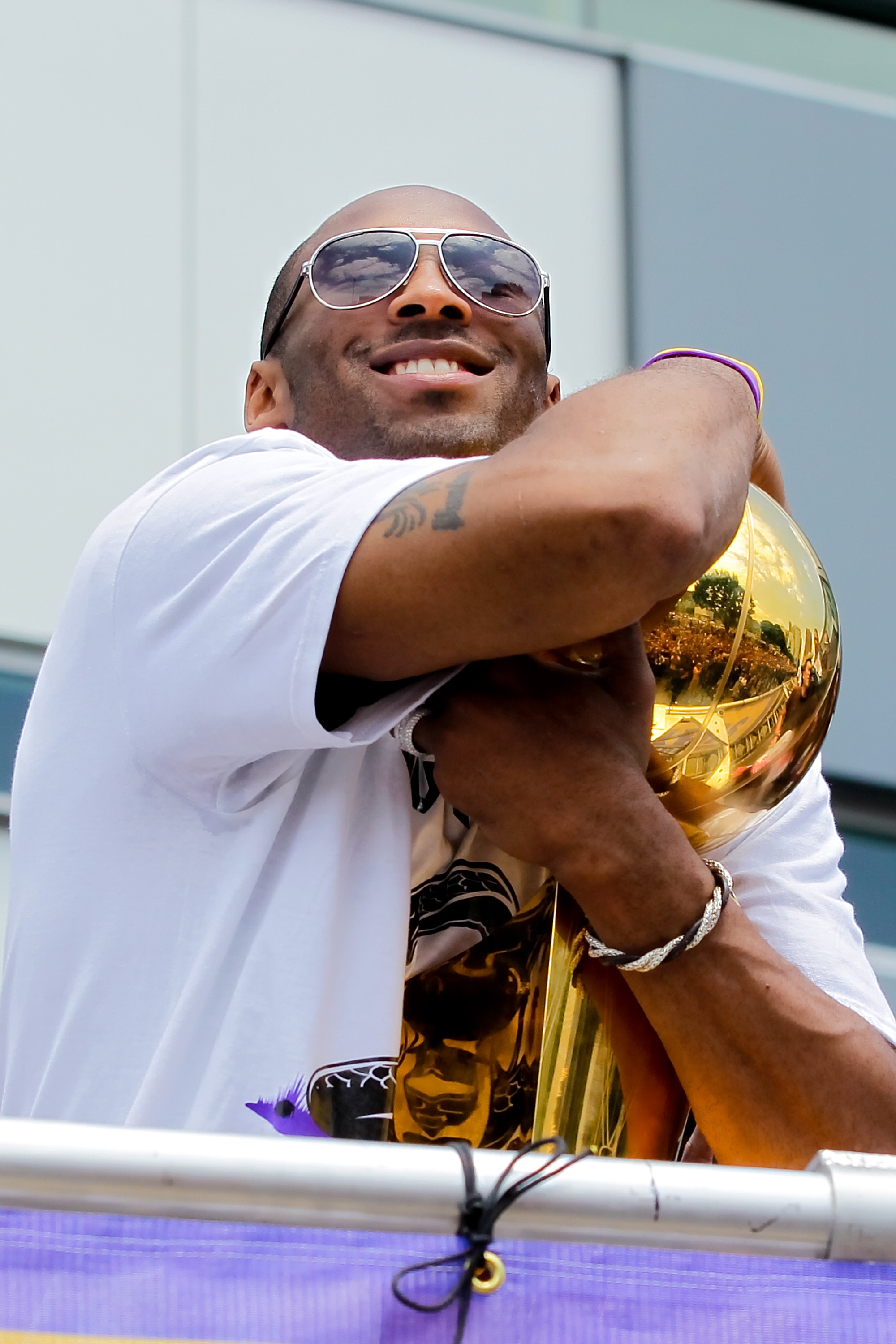 You cannot be the best unless you beat the best.

That statement holds true not only for teams, but for individuals, as well. Kobe Bryant is a winner. No argument can be made against that, so do not bother trying. His play is one of the major reasons the Los Angeles Lakers have been one of the best and consistent teams over the last decade.

If Kevin Durant and his band of merry men take the next step in their process of growing up, there is no reason why the Thunder cannot top the Lakers in the next couple of years.

Bryant will also soon be the man to pass the torch to the next great icon in the association. Only a few can even be brought up as candidates. Durant is one of them, and also is the youngest.

If Kobe is ousted, and K.D. is the assassin on the court, chalk one argument up for Durant being the best in the game today.

Dwayne Wade and LeBron James Play Together for Their Entire Contracts, and More 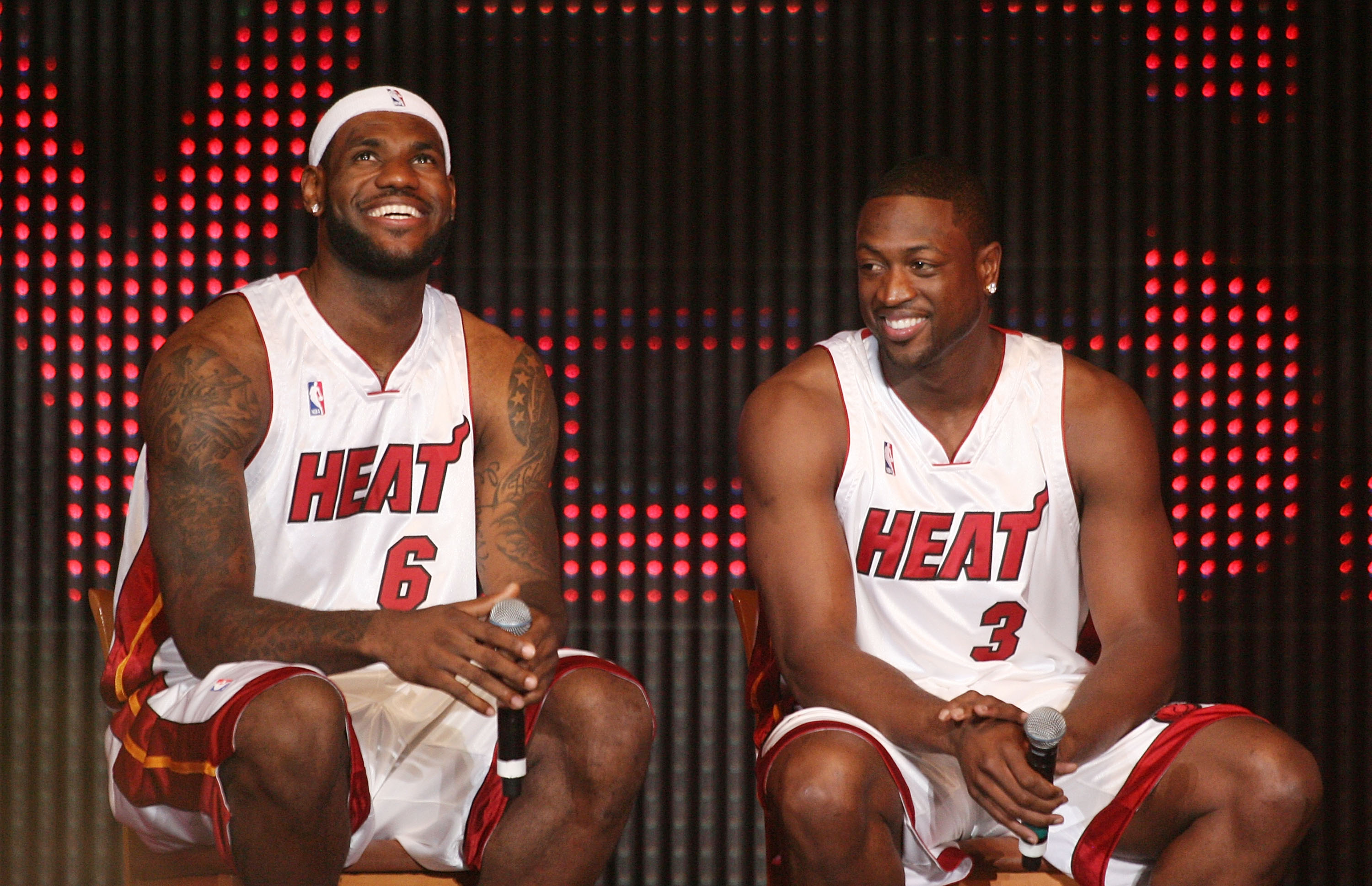 The Miami Heat are fortunate enough to sport two of the best players in the game today.

The Heat also have the burden of sporting two of the best players in the game today.

Who is better? Does a ring for James trump Wade's two?

Are contract negotiations in the future after four, five years together?

Can you be the best in the league if another legit stud is on your team?

Only one of those questions can be answered, the last one. The answer is no, a hard no. Let those two play together and win some rings, but neither will be the best player while with each other. Kevin Durant has the opportunity to turn the Thunder into the best story of the new decade by taking a lost franchise from Seattle, and turning it into a hot ticket in the middle of nowhere.

Just like in MVP voting and the like, two teammates up for the same award will always split votes that one of them could use and win. A recent example came from baseball, and St. Louis Cardinals pitchers Adam Wainwright and Chris Carpenter split votes in the 2009 Cy Young voting by pitching at an elite level last season. Enter Tim Lincecum, who won the award without losing votes to a teammate. Subtract one of Wainwright or Carpenter, and the other would have won the award over Lincey.

No disrespect to Wade and James, but neither will outshine each other, leaving the door open for Durant to be the best in the league. 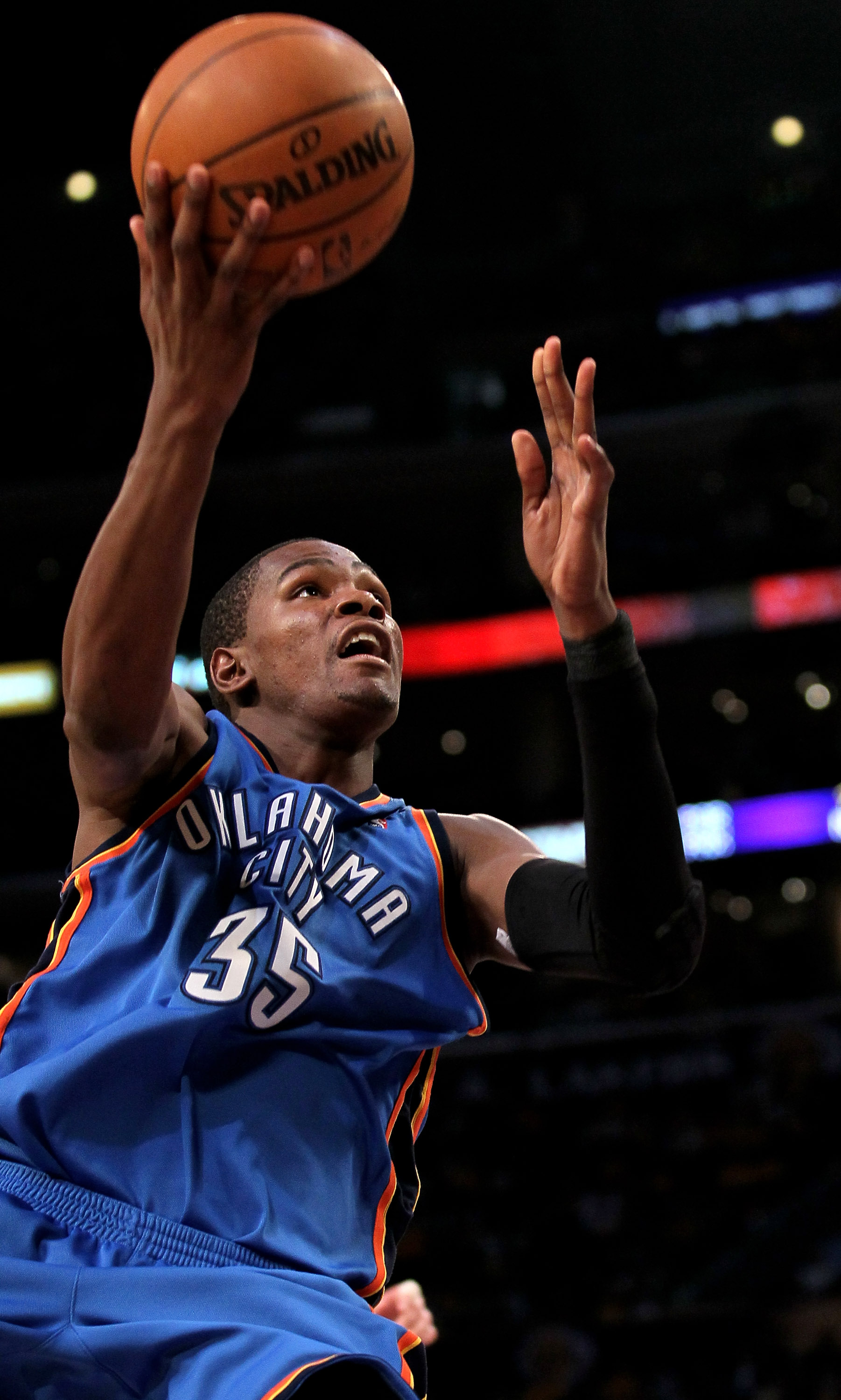 K.D. quietly signed a 5-year contract extension this summer, keeping him with his only franchise, and helping the future of the  foundation in the panhandle state.

Greatness has been measured on many levels, and a handful of the best ever in the NBA played at an elite level with only one team. Kobe, Wade, Magic Johnson, and Larry Bird are just a few example. Their loyalty puts them in a select category of playing well and showing respect for a particular franchise.

Durant has the opportunity to win in O.K. City, make his well-deserved money, and support his one and only team in what has mutated into a me-first league that is clearly run by egos.

Being respected for his loyalty would put Durant on a level that few are or have been.

Durability Is On the Stat Sheet and In the Body 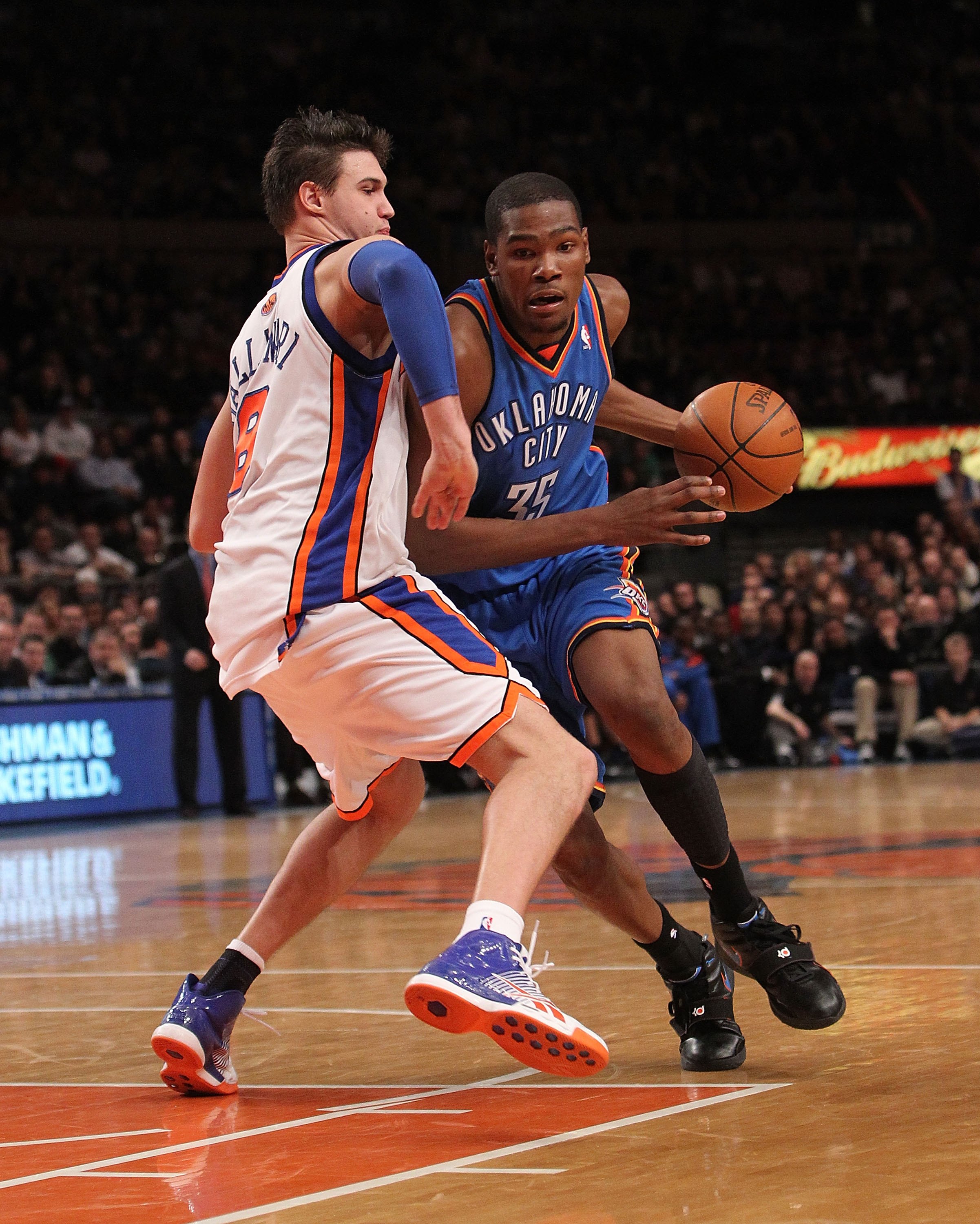 Kevin Durant's game is a solid mix of perimeter shooting, and crashing the boards. His tall frame and freakish arm span make it easy to be a mismatch for players at all positions. He is too quick for a big, and too tall for most guards and small forwards. Durant also became the youngest scoring champion in NBA history with his game.

His style could also lead to major injuries.

Despite being tall, Durant looks awfully skinny, which is not necessarily bad, but not necessarily good.One wrong drive could twist an ankle, and one wrong collision could be the difference between a basic foul and knee surgery. If K.D. avoids long stays in street clothes, his consistent scoring and work ethic will only make him better, and eventually the best. 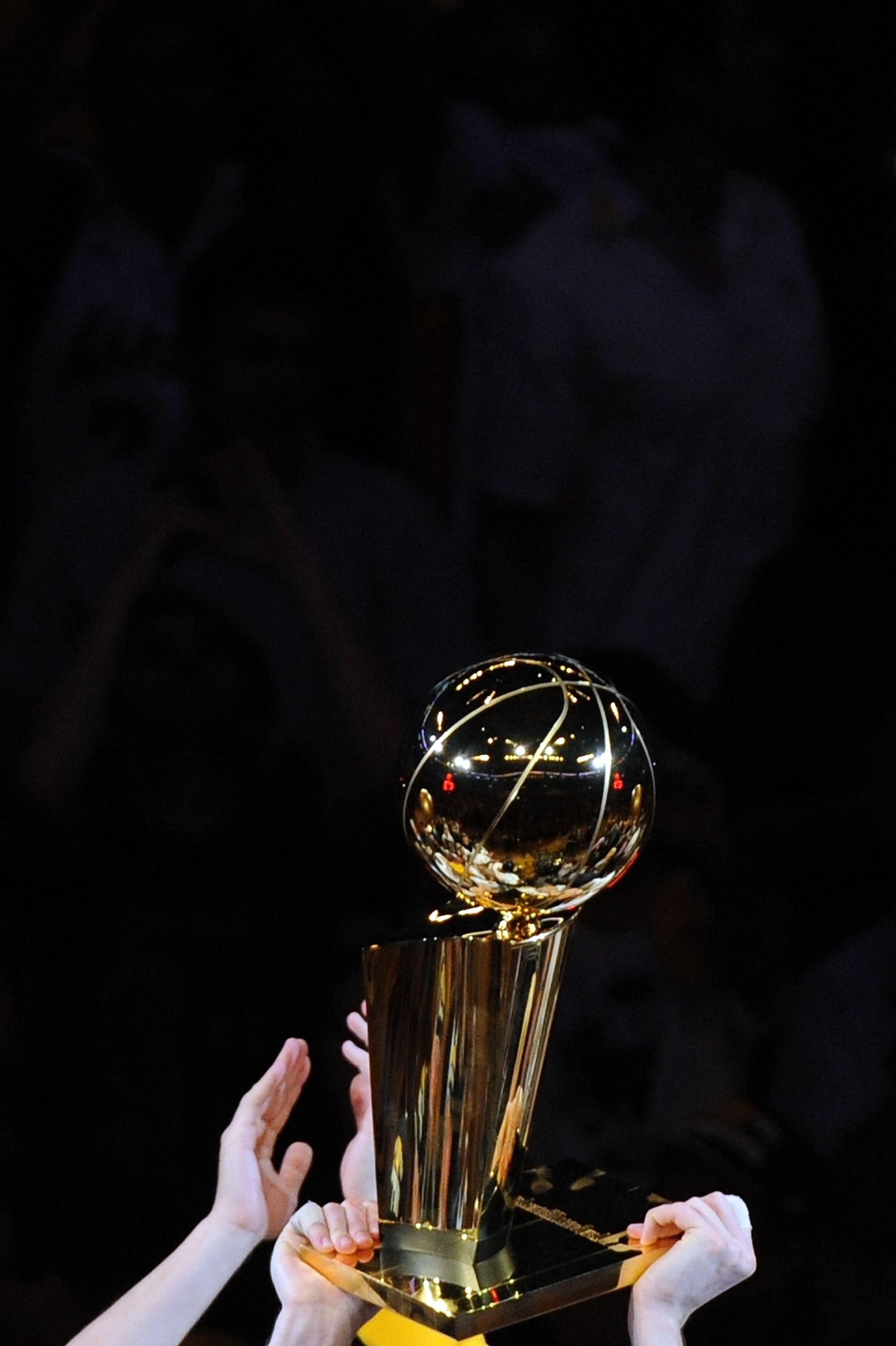 If Kevin Durant gets his ring while playing at the top level of his game and in the league, there will be no doubt he is the best in the National Basketball Association.

Yeah, it is that simple.