Houston Astros: 10 Future Stars To Be Excited About in 2011 and Beyond 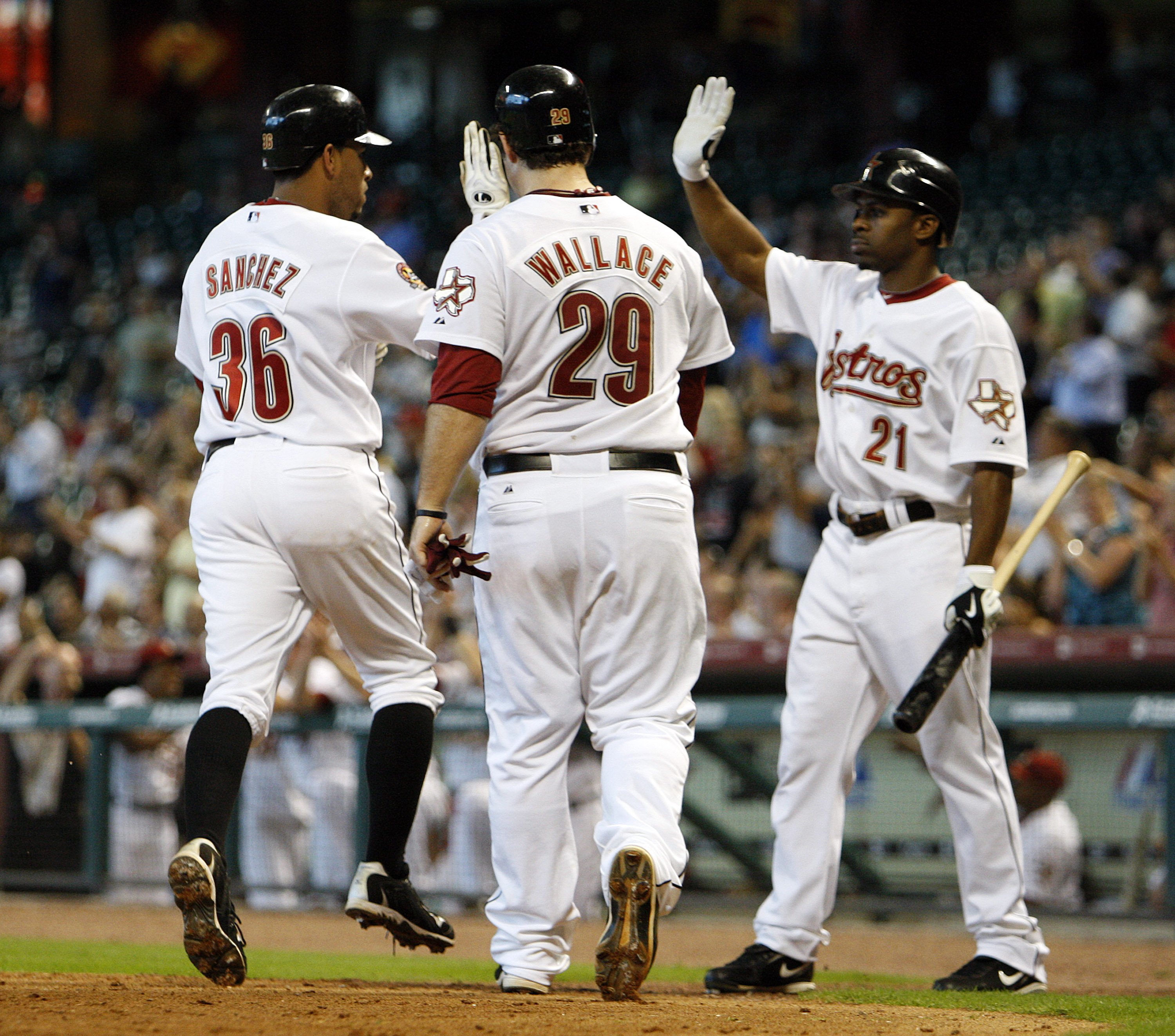 Although the Houston Astros have spent a majority of the 2010 season in the cellar of the National League Central, there are plenty of reasons to be excited about the team’s future.

Today, we’re going to look at 15 solid reasons to get pumped up about next year’s Astros squad.

Let’s begin by taking a look at five honorable mention candidates before quickly narrowing down to the top 10 players on Houston’s young and talented depth chart with the highest probability of becoming future MLB stars. 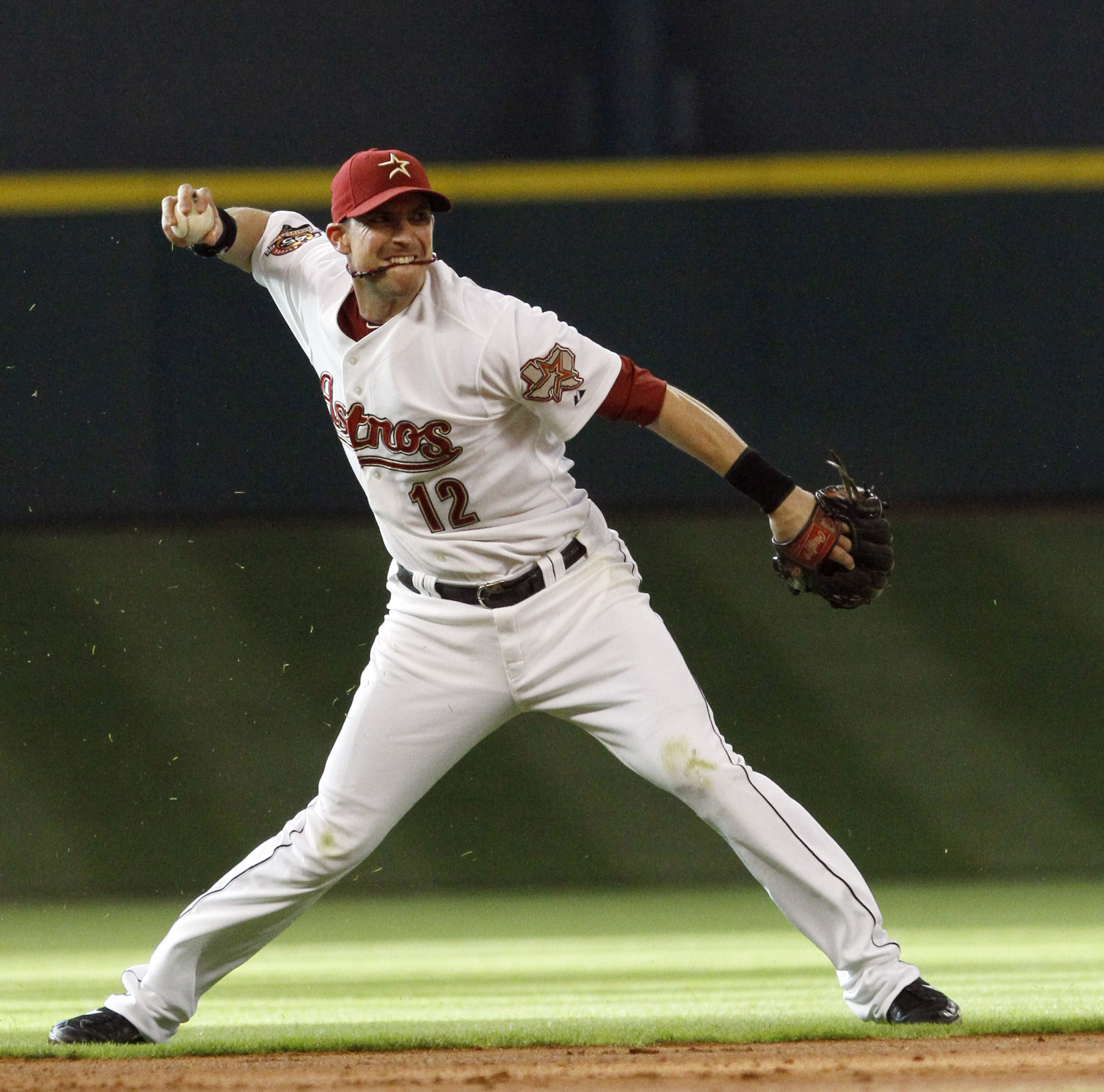 There’s no doubt Manzella will battle for the starting shortstop position next season, and the handful of aforementioned relief pitchers will all likely be a part of next year’s bullpen.

Moving beyond those five, it’s now time to narrow down the field to the top 10 players to watch on the Houston Astros in 2011 and beyond… 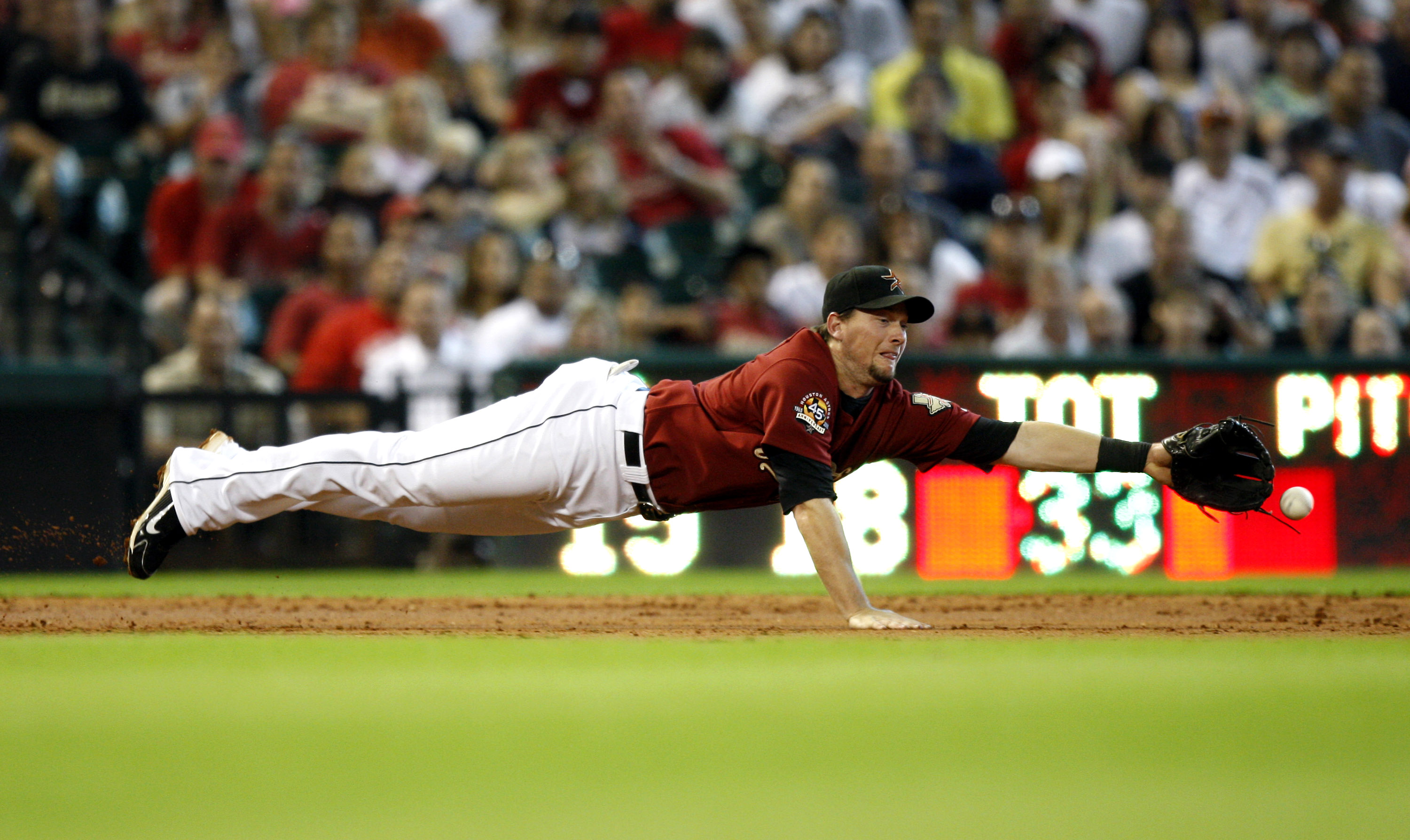 Chris Johnson, the Astros' up-and-coming third baseman, has played in 77 games with the club this season (278 at-bats) and is currently batting .320 with nine home runs, 18 doubles, and two triples. In addition, Johnson has driven in 46 runs and stolen two bases.

He’ll most likely start at third base, or at least battle for the position in spring training, as the Astros enter the 2011 MLB season. 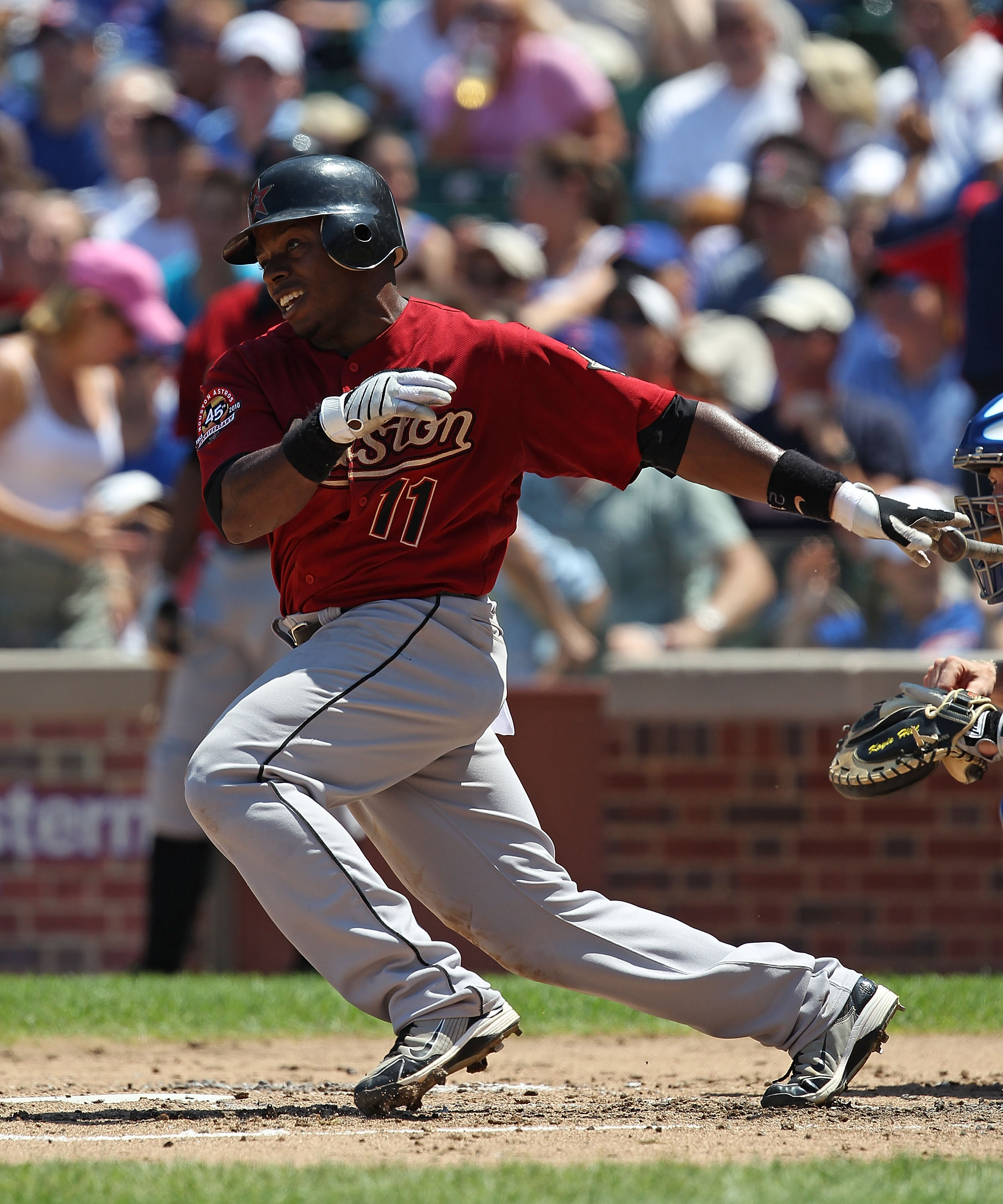 Jason Bourgeois, an outfielder prospect for the Houston Astros, has appeared in 52 games with the team this season, batting .230 with seven stolen bases.

In 2010, Bourgeois has three doubles, one triple, and three runs batted in through 74 plate appearances.

Granted, Bourgeois still has some growing up to do at the major league level, but he appears to be a great replacement in left field once Carlos Lee’s final days in Houston come to a close.

Will he be a starting outfielder next year with the club?

But don’t forget his name, as I can almost guarantee you that Bourgeois will see some playing time with the Astros in 2011 and beyond. 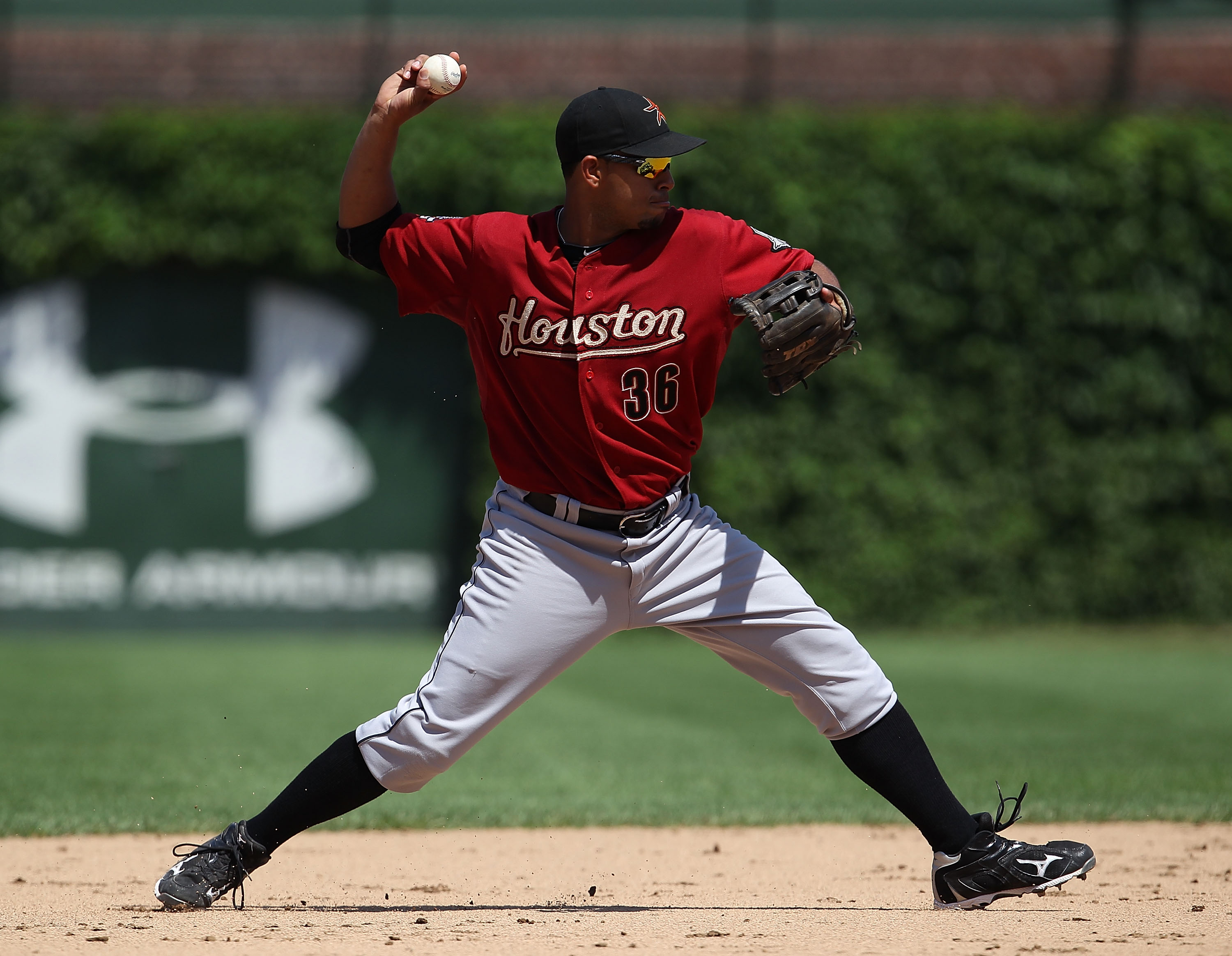 Sanchez has also garnered nine doubles and four triples this season with the Astros, in addition to drawing nine walks.

Despite getting fewer opportunities to prove himself in the majors than prospect Tommy Manzella, Sanchez quickly jumped into that role when Manzella was placed on the disabled list.

Watching Sanchez and Manzella battle it out for the starting shortstop position in next year’s spring training should be a load of fun, and both infielders should see significant playing time during the 2011 season with the Astros. 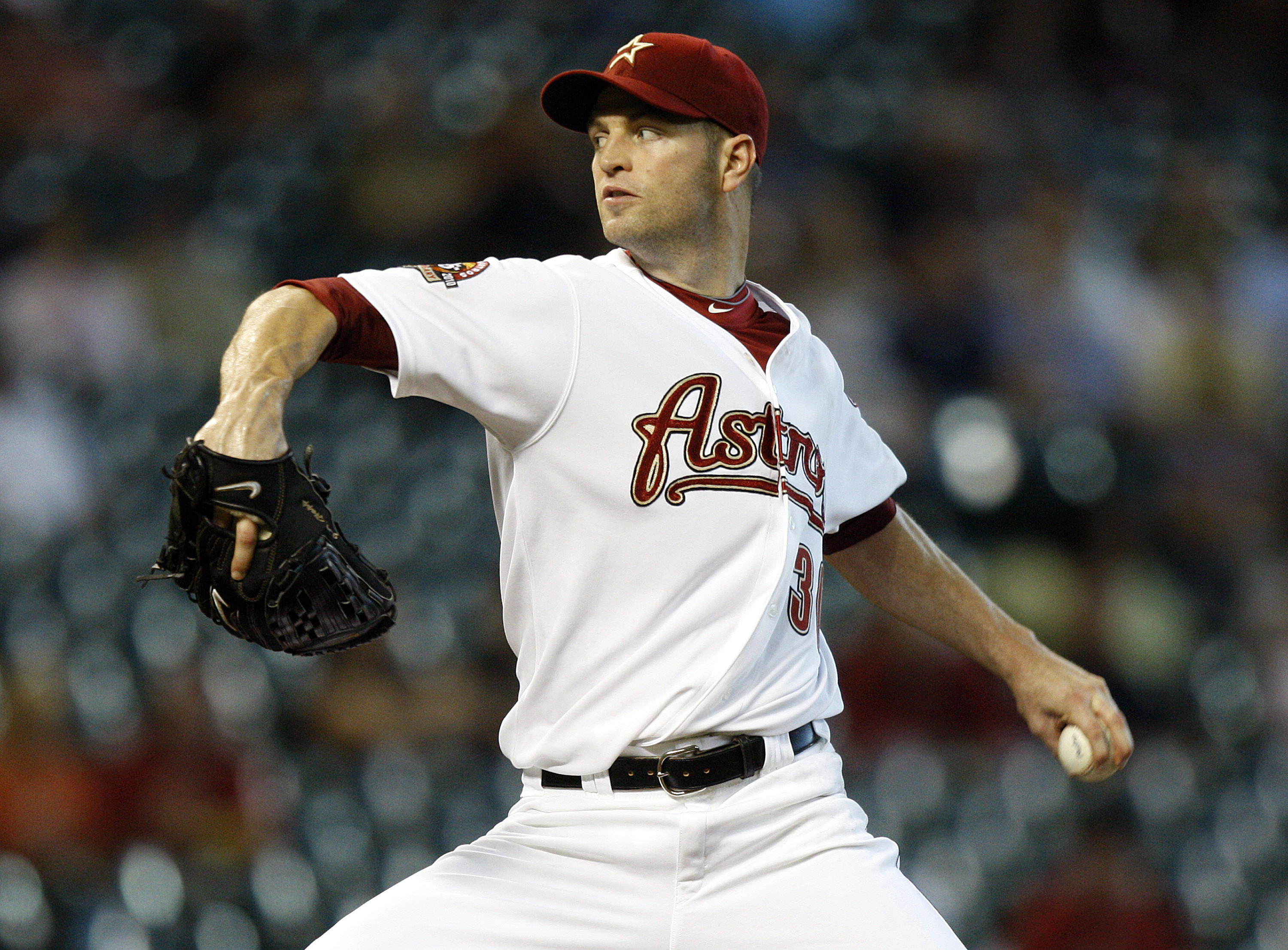 Any time a major league team can land a solid lefty pitcher, it’s almost always a sign of good things to come.

Happ has been very impressive since donning an Astros uniform, and I have no doubt that he’ll be a major part of next year’s starting rotation.

The only question left at this time is where will Happ land in the rotation; if you want my guess, I see him landing in the No. 3 or No. 4 spot in 2011 with Houston. 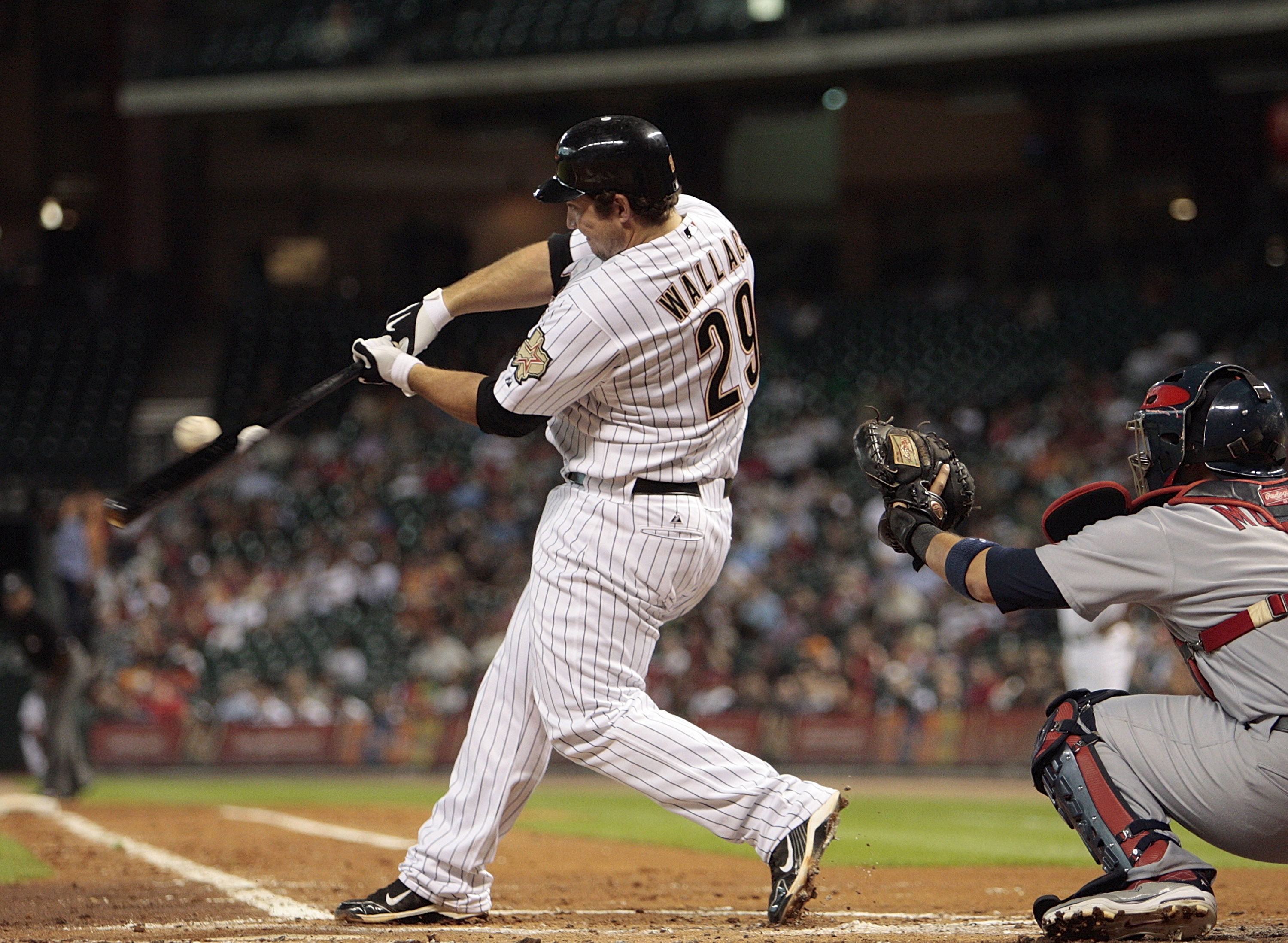 First baseman Brett Wallace got an early start to his MLB career when the Astros shipped longtime Houston icon Lance Berkman to the New York Yankees.

Thankfully for Wallace, his debut in the majors has been a welcome relief for both himself and Houston fans, as the 24-year-old rookie has shown signs of promise defensively while batting .227 this season (40 games) with five doubles, two home runs, and 10 runs batted in.

At this point and time, I absolutely foresee Wallace being the future first baseman of the Houston Astros.

And I also believe fans will be in for quite a ride next season as Wallace gets his feet wet in the majors and strides to the plate with power and confidence.

The 2011 season should be quite entertaining for the young Astros, and—leave no doubt about it—Wallace will play a vital role in the team’s growth and success. 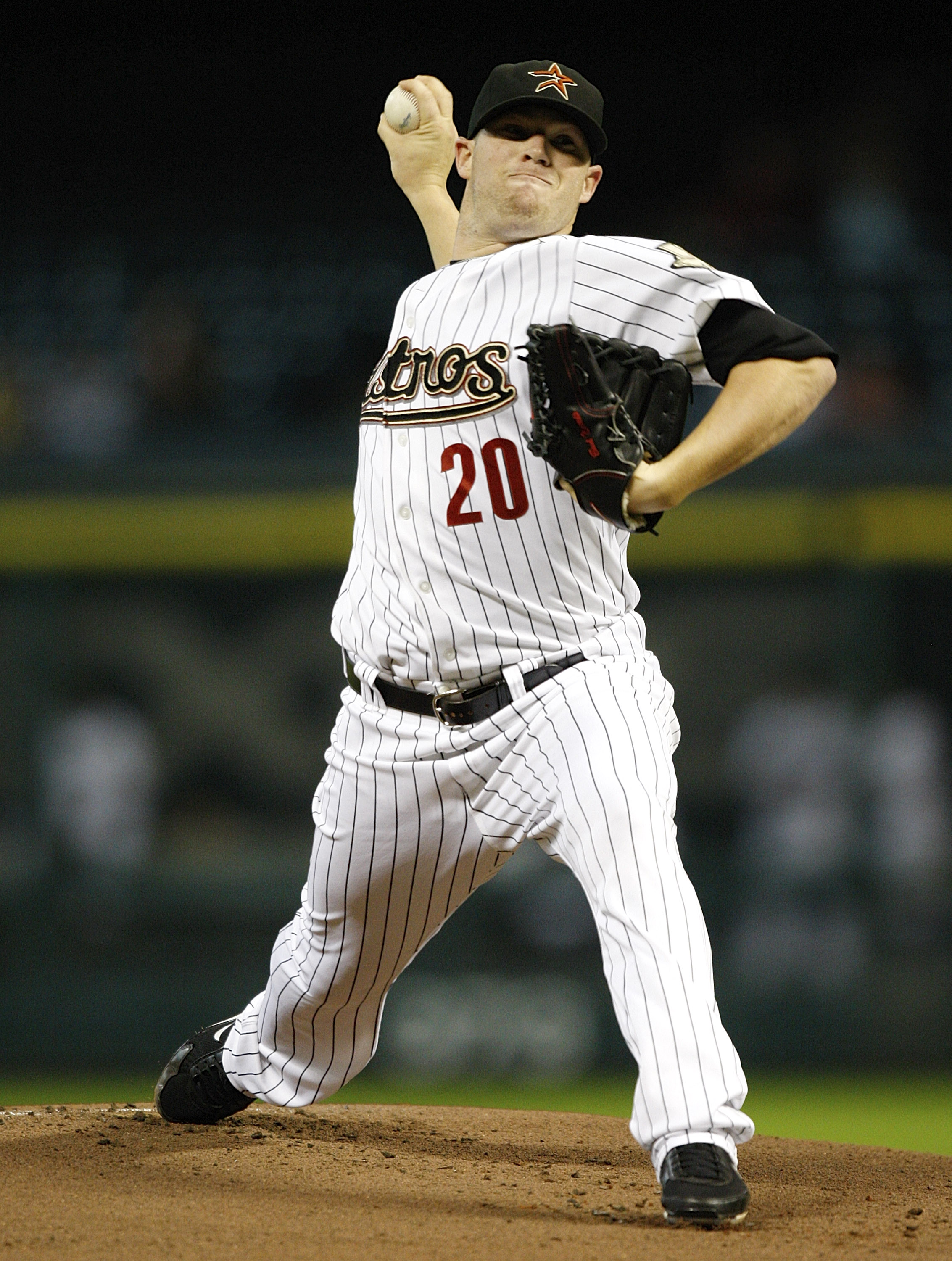 2011 may very well be the year of Bud Norris in Houston.

This season, Norris has battled through injury issues and an ever-changing array of Astros teammates en route to an overall record of 8-8 with a 4.95 ERA.

With how Norris has pitched since returning from the DL, however, I can’t imagine him any lower than the No. 3 starter in the rotation next year.

Norris entered the Astros organization with high hype, and he’s really done a phenomenal job of living up to those expectations.

Looking ahead to 2011 and beyond, I’d bet on Norris being toward the top end of the Astros rotation and I also wouldn’t be surprised whatsoever to see the young right-hander have a 20-win season in the very near future. 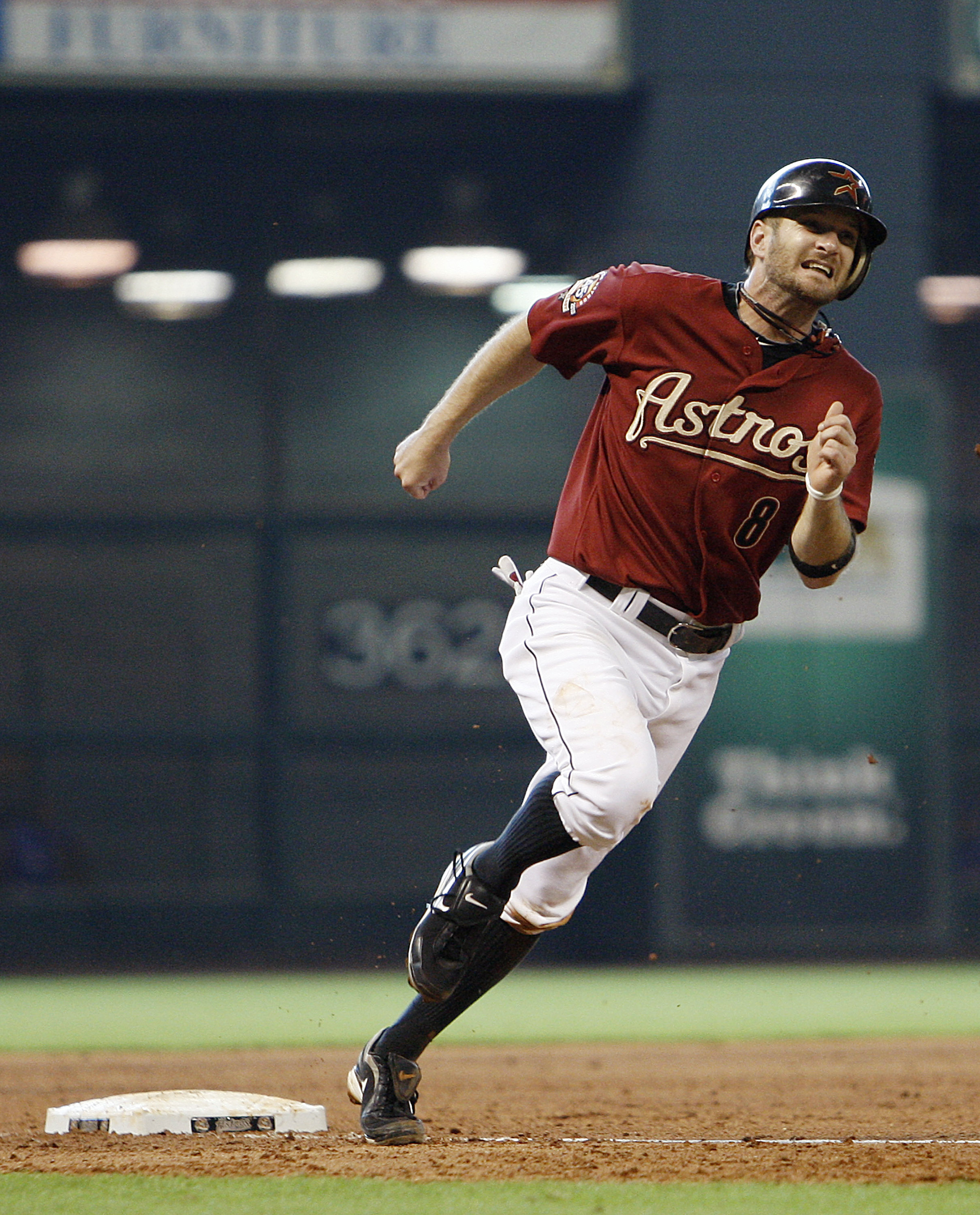 Keppinger, batting .292 through 120 games and counting, has driven in 53 runs while belting five home runs, 31 doubles, and a triple.

And Keppinger has been a stud defensively this season as well.

Look for the young second baseman to play a pivotal role on the 2011 team, as Keppinger aims to build upon a very successful 2010 MLB season. 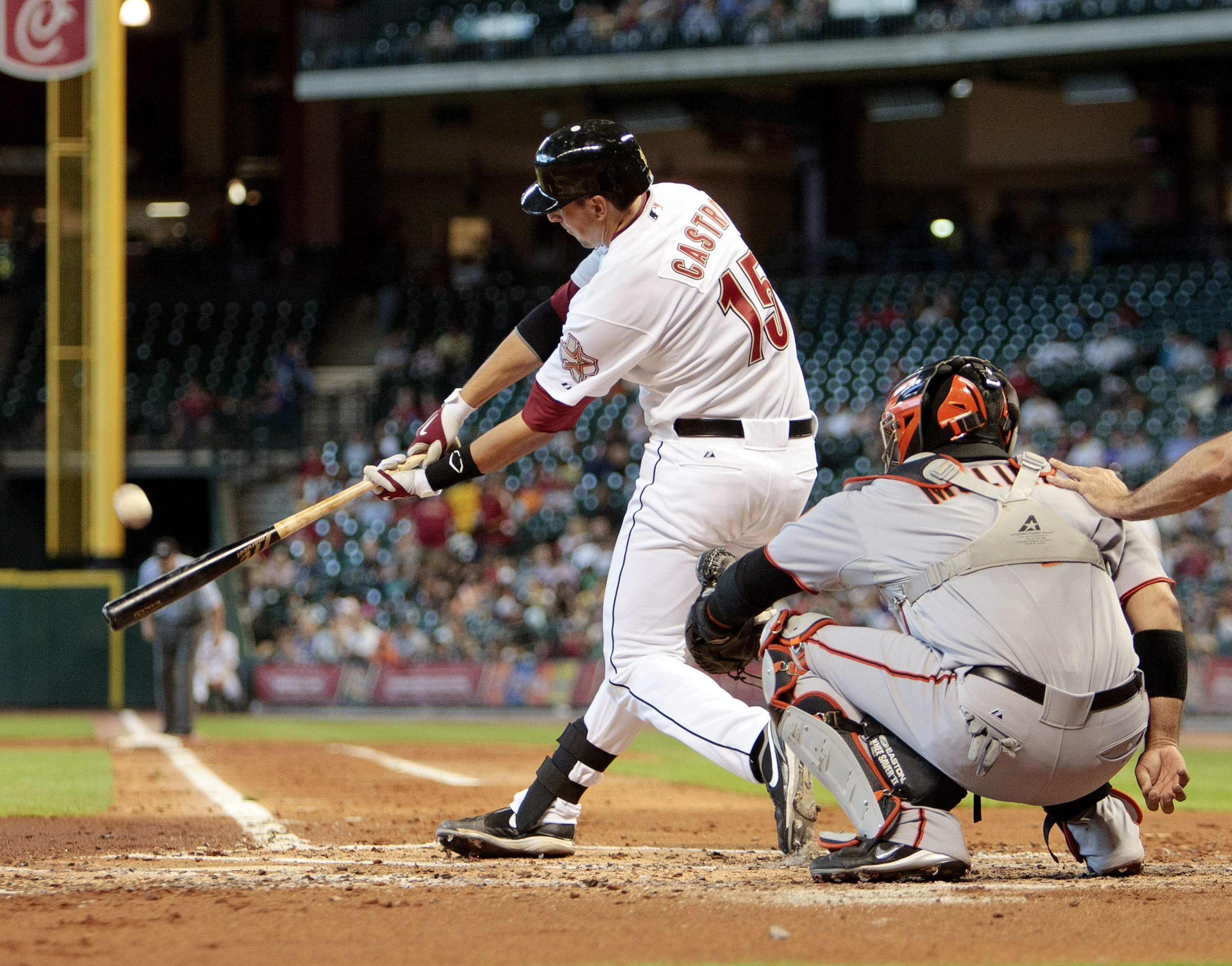 Jason Castro may very well be the answered prayer Astros fans have been searching for behind the plate, as the young catcher has shown promise and growth both defensively and at the plate.

Castro, batting .219 this season with seven runs batted in, has appeared in 57 games for Houston, garnering seven doubles, two home runs, and a triple.

Castro easily won the backstop battle for catcher of the future over J.R. Towles, who will likely be another key component of next year’s spring training squad.

Does Castro still have some learning and growing pains to experience before reaching the pinnacle of his game?

No doubt about it, but Castro is definitely on his way to becoming a major star as Houston’s pitching battery mate of 2011 and beyond. 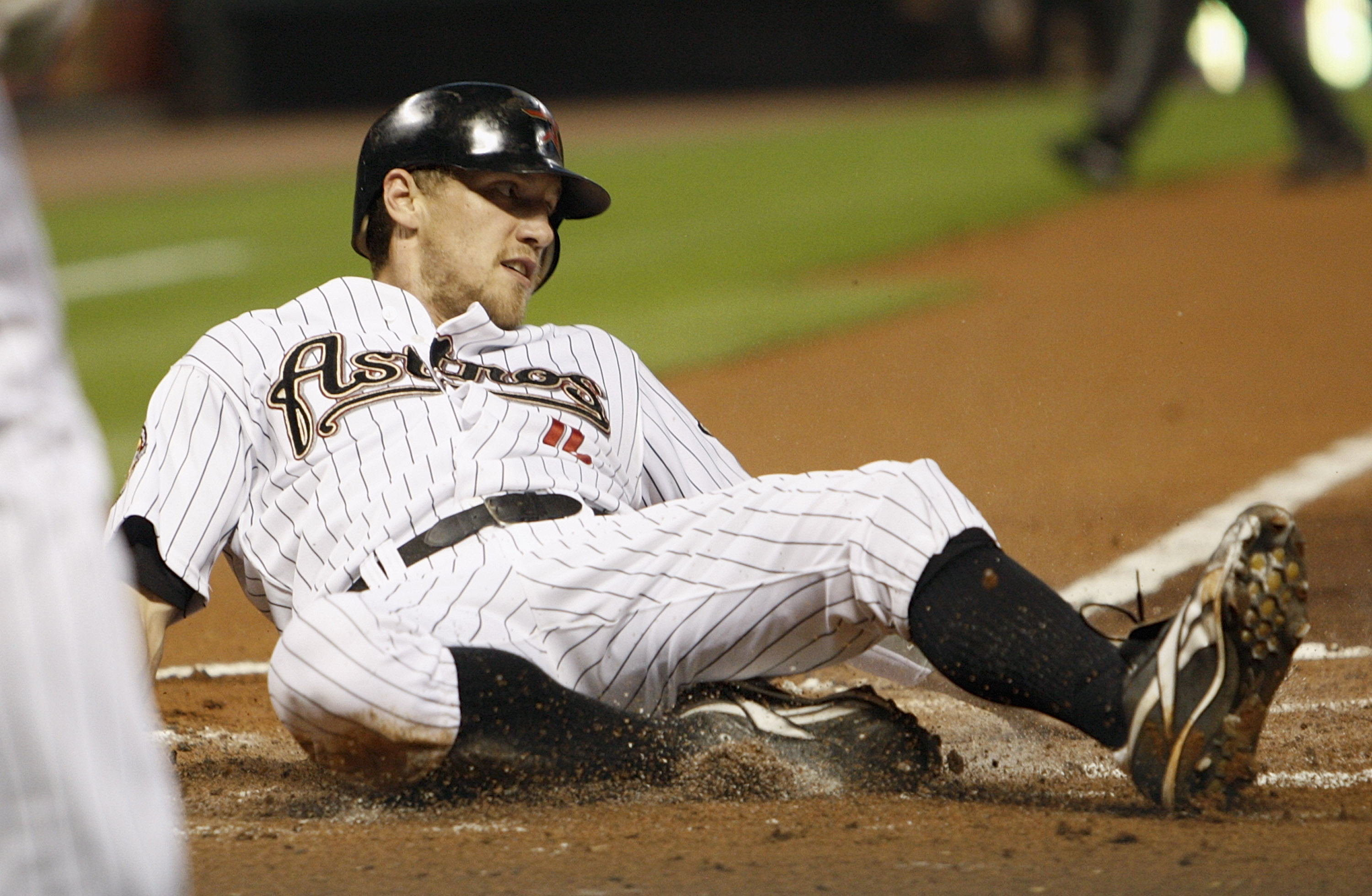 It’s amazing how quickly things can shift in a major league clubhouse.

Pence, who has gone from promising rookie to MLB All-Star to veteran voice and leader, will play a major role in the 2011 Houston Astros baseball team.

Through 140 games this season, Pence is batting .286 with a team-leading 24 home runs and 84 runs batted in, along with 28 doubles, three triples, and 18 stolen bases.

And when looking for the true stars of the future in Houston, look no further than Pence, as the energetic and always-smiling outfielder will be taking on a new role in 2011 and beyond with the Astros.

Not to say you won’t see Pence goofing off in the dugout next season, but look for the budding right fielder to take more of a leadership role next year as the team delves into a new and youthful phase of Houston Astros baseball. 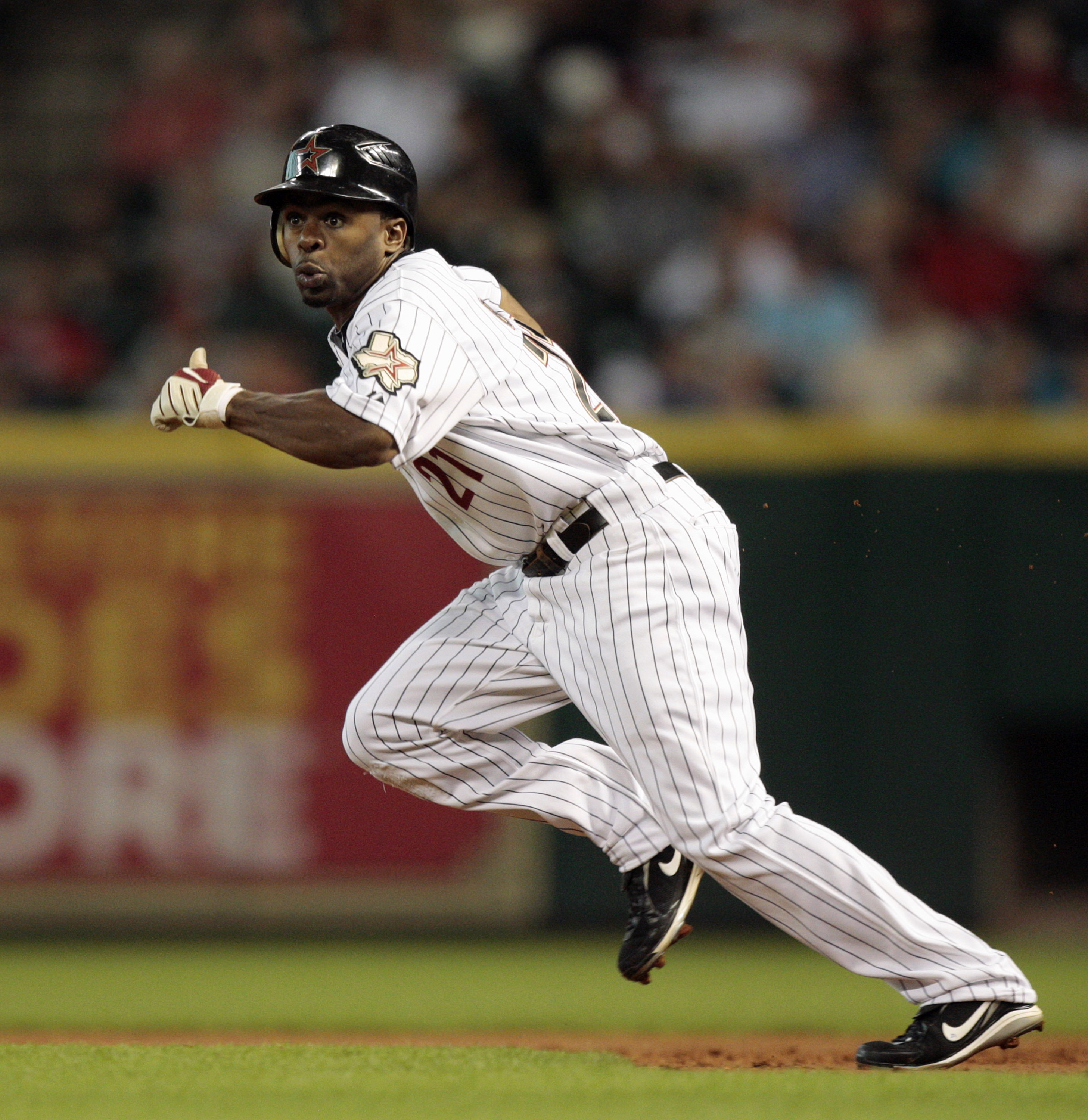 If baseball fans and analysts think Michael Bourn has grown tremendously over the past two seasons in Houston, just wait until 2011.

Bourn, batting .263 and leading the majors with 50 stolen bases, has ripped 25 doubles, six triples and two home runs this season with the Astros, along with driving in 37 runs.

My guess is that Bourn will be looking for even more in 2011 and beyond, as the lightning-quick center fielder is quickly becoming a household name in Houston.

Don’t get me wrong, there will still be veteran voices and leadership in the clubhouse beyond the aforementioned young talent, but a majority of those roles will land on the backs of guys like Bourn and Pence beginning next season.

And I think Bourn will be a phenomenal leader for the team next year, both at the plate and in the clubhouse.

I’d also bank on Bourn having an All-Star season in 2011; don’t be surprised if he enters spring training even faster and more powerful than he already is, as Houston’s true Bourn identity has yet to be revealed.