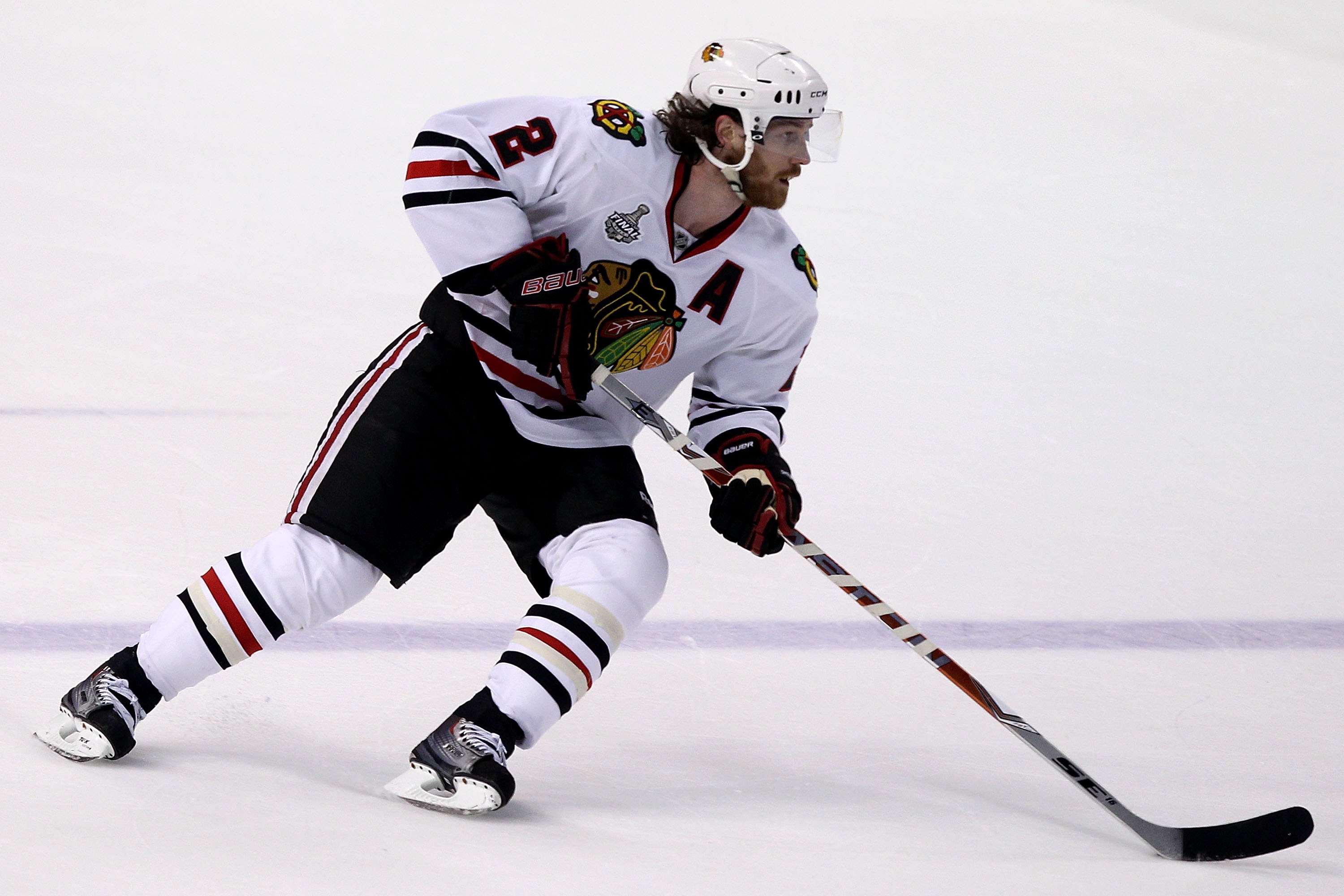 The arguments will continue on which is more important, the goalie or defencemen?

This appears to be the defencemen era as a majority of teams are investing an immense amount of that little cap money into their top four defencemen these days.

Last year the Chicago Blackhawks invested in Duncan Keith for the next 13 years.  To no surprise, Keith brought home the Norris Trophy Award for the most elite defencemen in the 2009-2010 season.

Can he bring it back to Chicago again?

There are countless first-rate defencemen out on the ice, some even go unrecognized.  Not many NHL players can repeat this grand prize, but it is not as difficult as defending the Stanley Cup.

Here is a look at some expected candidates for next season, some quite obvious and some unrecognized, that deserve to considered – again.  This is all based on the past few seasons awards, Olympics and the contributions made to their respective team. 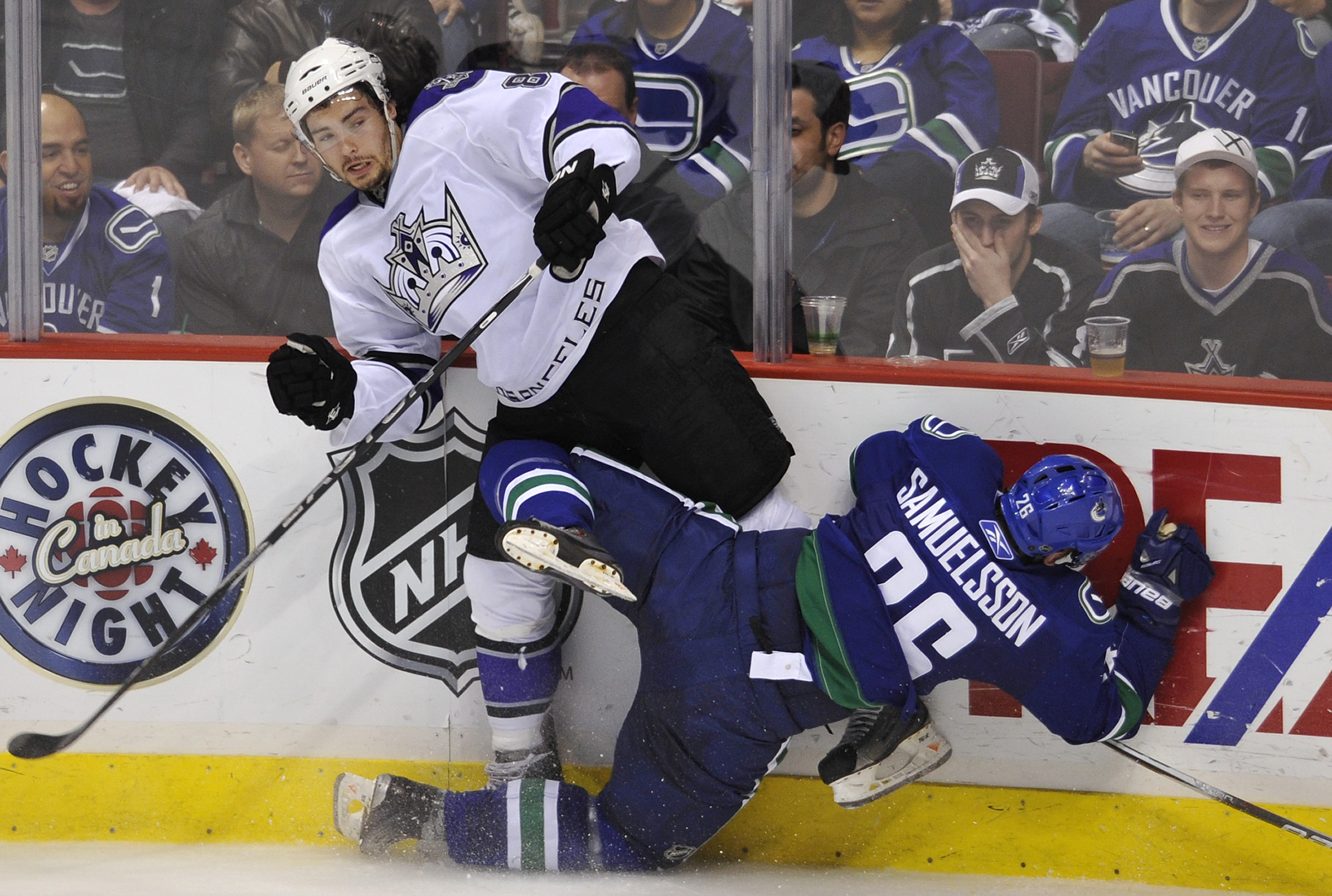 Drew Doughty was named a finalist last season for the Norris trophy, but lost to Duncan Keith.

He was one of the many top defencemen to win a Gold Medal in the 2010 Olympics for team Canada.

After finishing third in scoring last season with 59 points among defencemen, anticipate seeing him as a finalist this season.

I could even see Doughty as the potential winner by the end of this long season if the liveliness and strength stays with him. 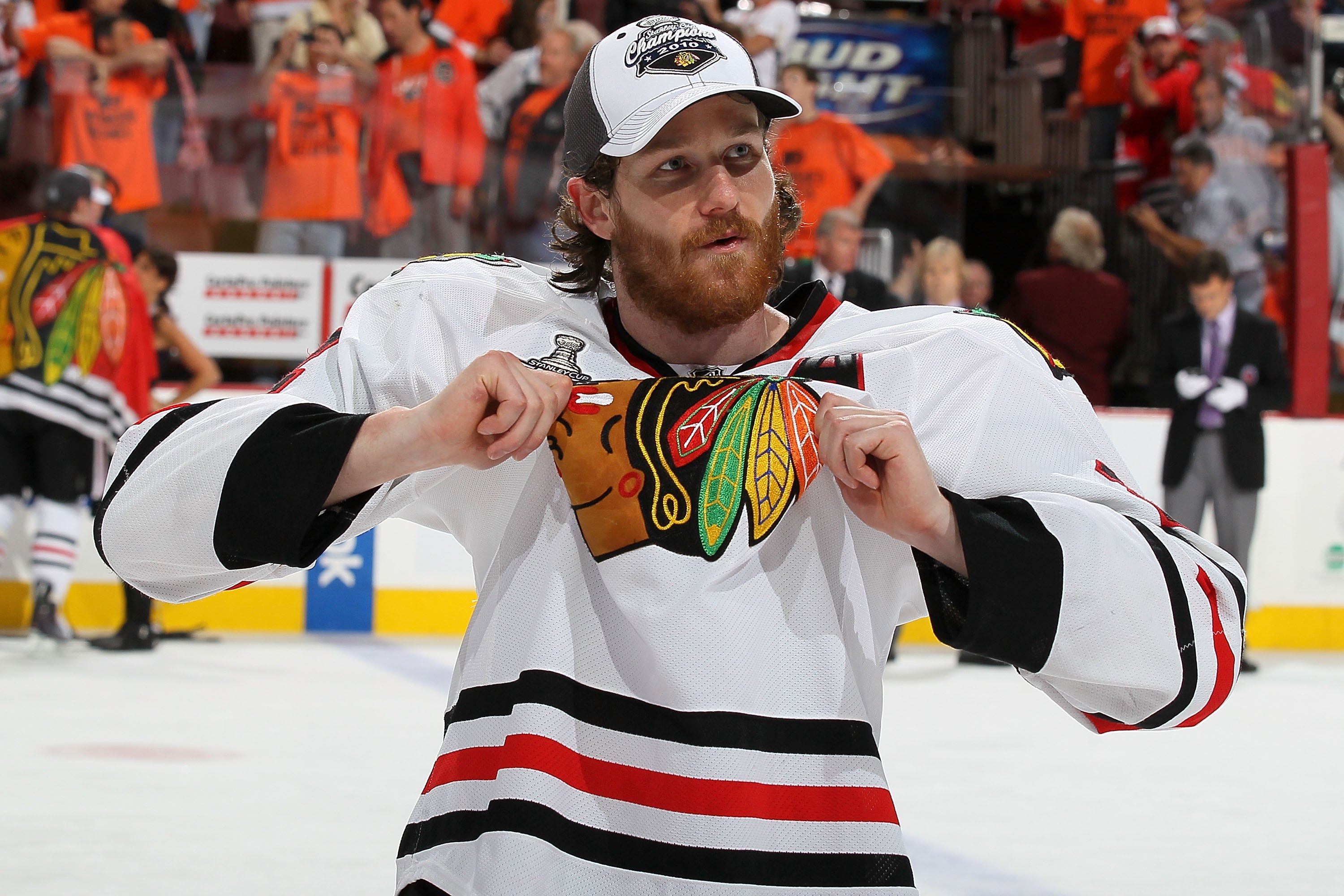 You didn't really think I would leave Duncan "Teeth" off did you?

Duncan Keith was the predictable winner this past hockey season for the Norris Trophy.  Some expect he can do it again, while others see superior defencemen on the ice for this upcoming season.

Keith was the prized winner of the Norris Trophy last season.  He also helped capture the Stanley Cup for the Chicago Blackhawks for the first time in 49 years.

Known as a two-way defenceman – capable of shut down and offensive rolls makes Keith a probable candidate for this upcoming season as well.

His contribution of 69 points pushed him to be the second top scorer right behind Mike Green on the Washington Capitals.

His pairing with Brent Seabrook helps his push to be a final candidate once again this season. 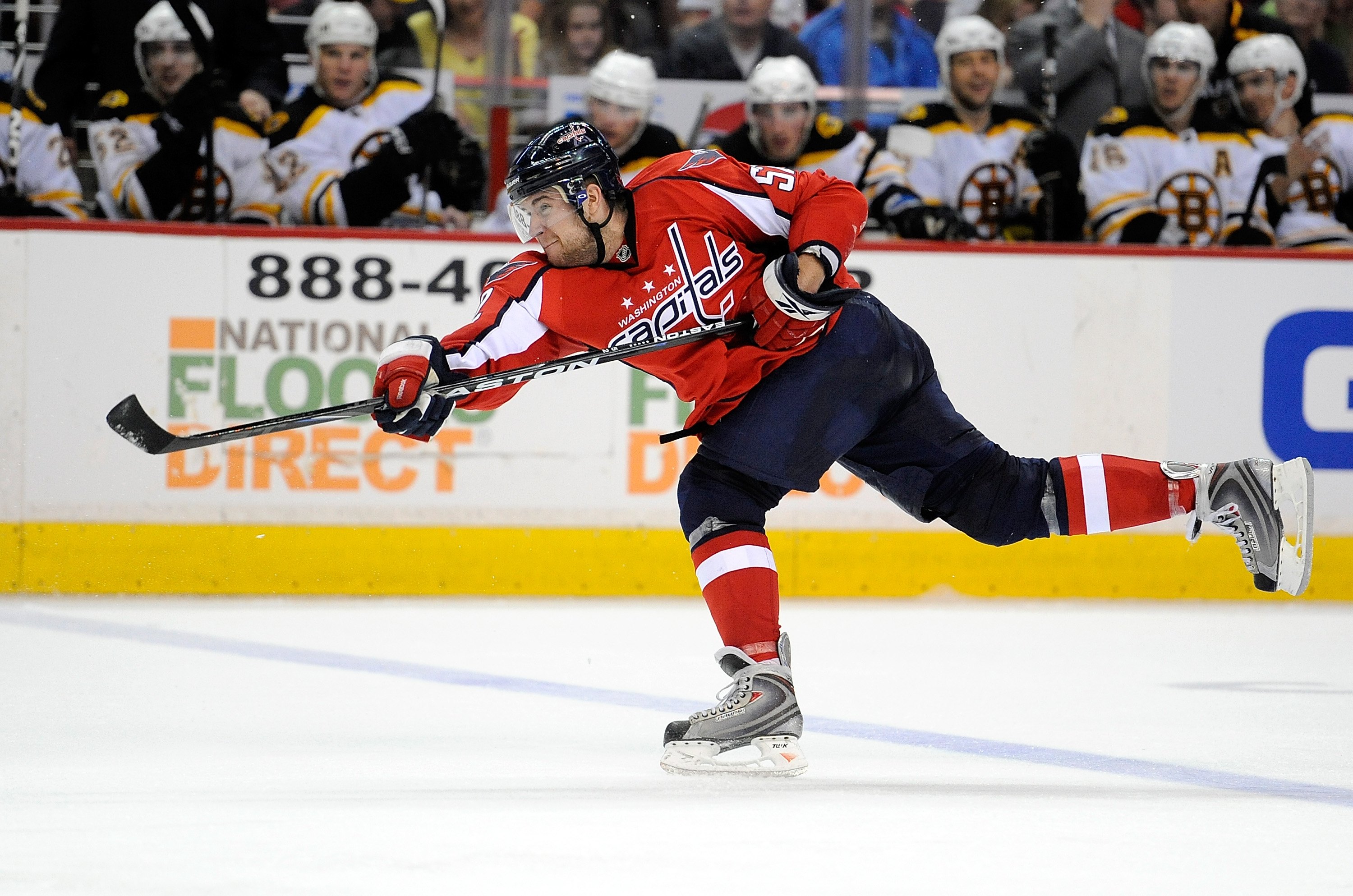 Another predictable candidate, Mr. “Game Over” set some appealing records within the past few seasons.

He received the nickname “Game Over” due to his habitual occurrences in scoring game winning goals, either in overtime or late in the third period.

He scored goals in eight consecutive games in 2008-2009 season.  This recorded a new NHL record by a defencemen.  By the end of that season, Green ended up having 31 goals.

Green has been nominated twice for the Norris Trophy, and left off with 76 points last season, which was the highest scoring defencemen.

There is no stopping Mike Green really, ultimately he will get his trophy.  With the exhilaration he has brought these past few seasons, this could be his time to finally take the trophy home. 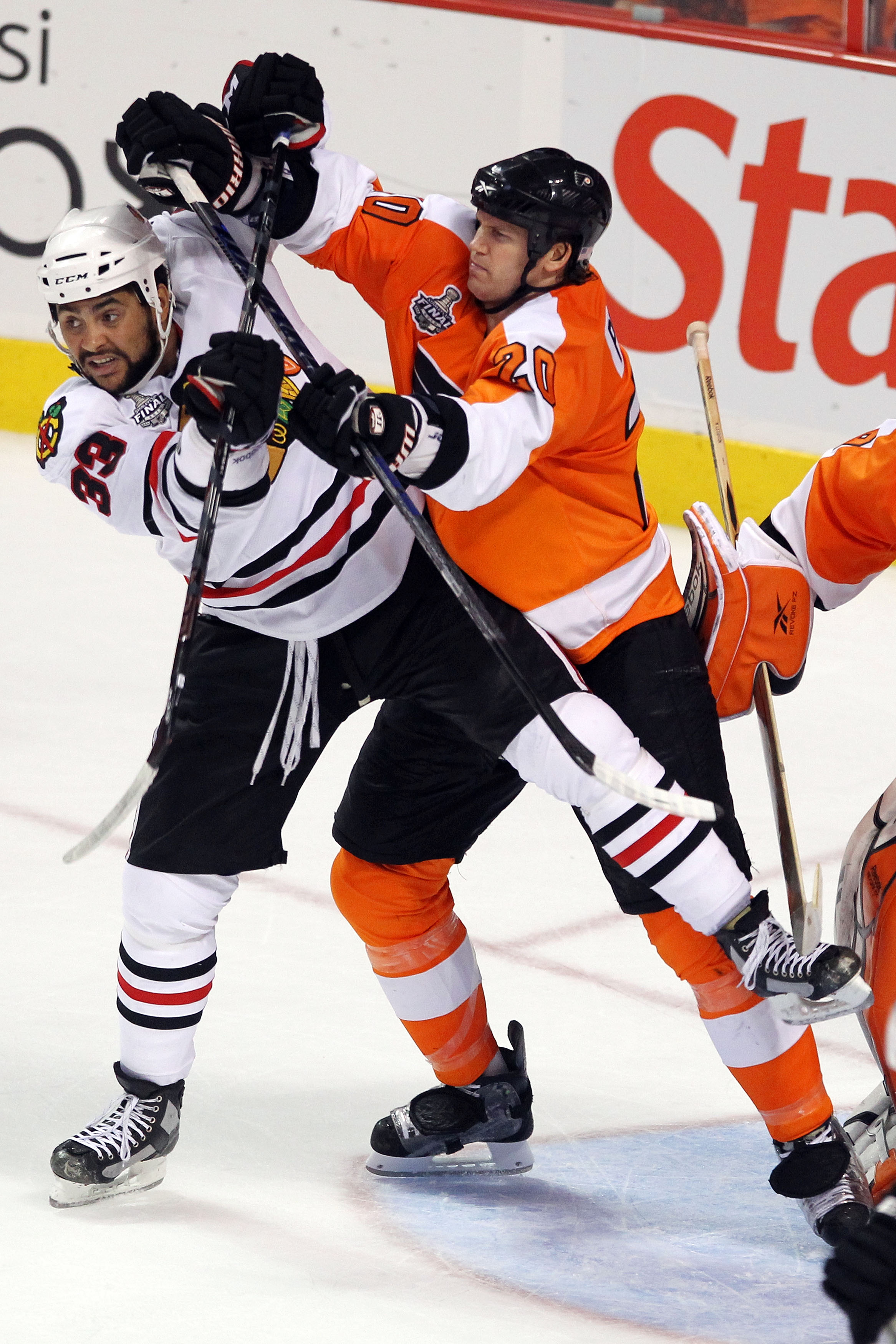 A two time gold medal winner for the Winter Olympics (2002 and 2010), won the Norris Trophy in 2000 along with the Hart Trophy and NHL Plus/Minus award.

Considering his past efforts and stats, he is still a candidate.  Age means nothing when it comes to Pronger's set of skills.

Pronger contributed 55 points in the regular season and 18 points in 24 games of the playoffs before losing to the Chicago Blackhawks in the Finals.

He may be older now, but he still has fight left in him.  Pronger is an under-dog for the Norris Trophy at this time, but come summer of 2011, he can be a likely candidate. 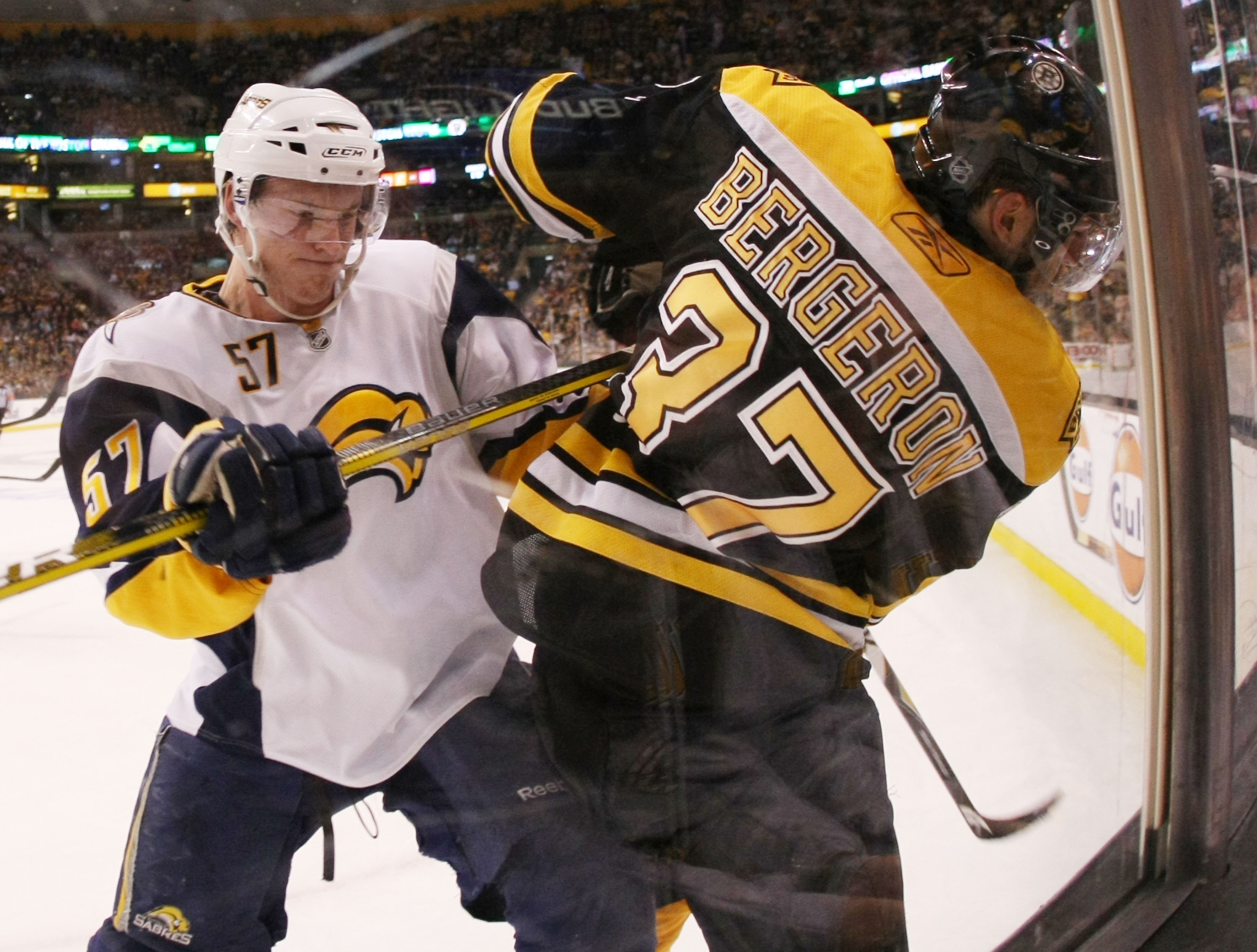 The "Big Easy", Tyler Myers is just coming out of his rookie season.

He didn't come home from the NHL Award show in Las Vegas with the Norris Trophy, but he win the Calder Trophy.

Myers received Rookie of the Month in January by leading in Time on Ice (TOI) at 24:42 and totaling 10 points that month.

By the end of the season Myers totaled with 48 points, as a first year defencemen in the NHL, I would say this kid is close to the front of the line for being a Norris Trophy Finalist next season. 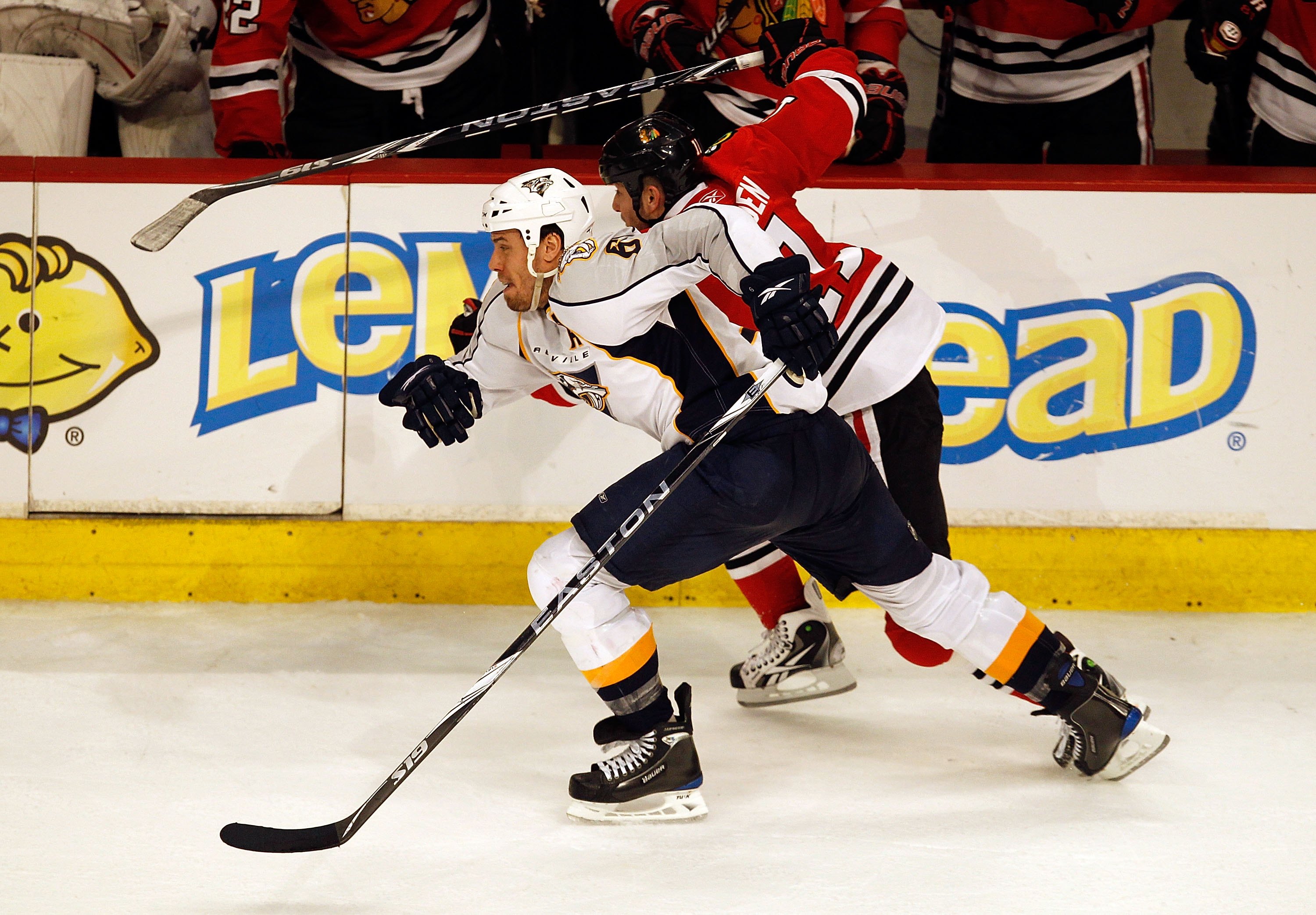 The new Captain of the Predators, Shea Weber, has established that he has what it takes to be a top defencemen.

He played only 78 games last season, and drew in 43 points.

Weber was also named to the Winter Olympic tournaments All-star team as the second most scoring defencemen.

Injuries have held Weber back throughout his NHL career, but if he can stay healthy and be a true leader as he has been, he will be just what the Predators needed and a finalist. 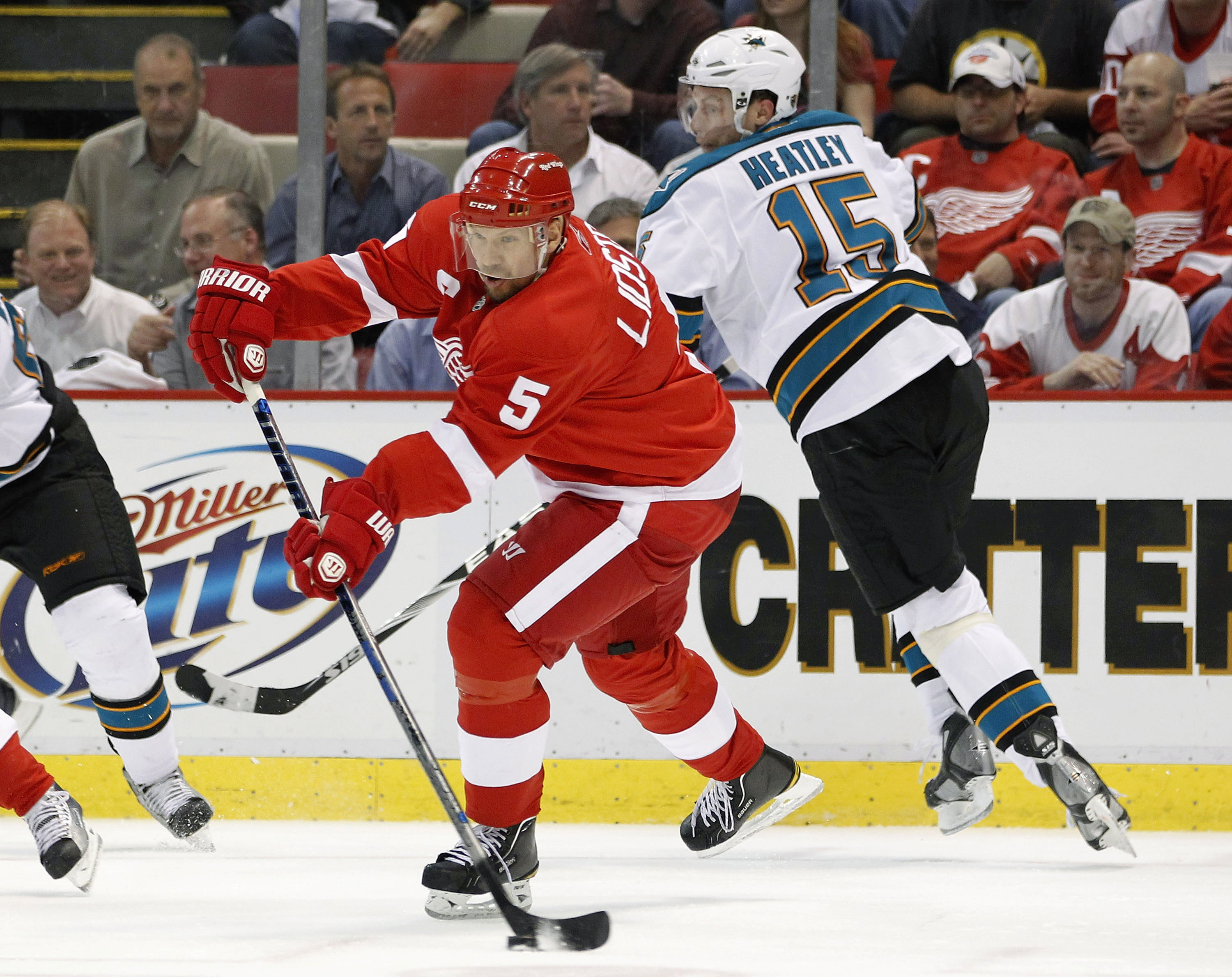 The First European born defencemen to each 1000 points is also a Six-time Norris Trophy winner.

You cannot have a list of candidates for the Norris Trophy without Nicklas Lidstrom.

At his age of 40, Lidstrom still recorded 49 points at the end of the regular season.

On April 27th, 2010, a day before his 40th birthday, Lidstrom had 3 points in a game 7 win over the Phoenix Coyotes in the first round of the 2010 NHL playoffs, pushing his active playoff points lead to 171 points, and tying him for 17th on the all-time playoff points list with fellow countryman Peter Forsberg. His next point will make him the highest playoff scorer in the NHL by a player born in Sweden.

Lidstrom has what it takes, even at his age.  Considering his track record, there is no reason he can't go for his seventh Norris Trophy. 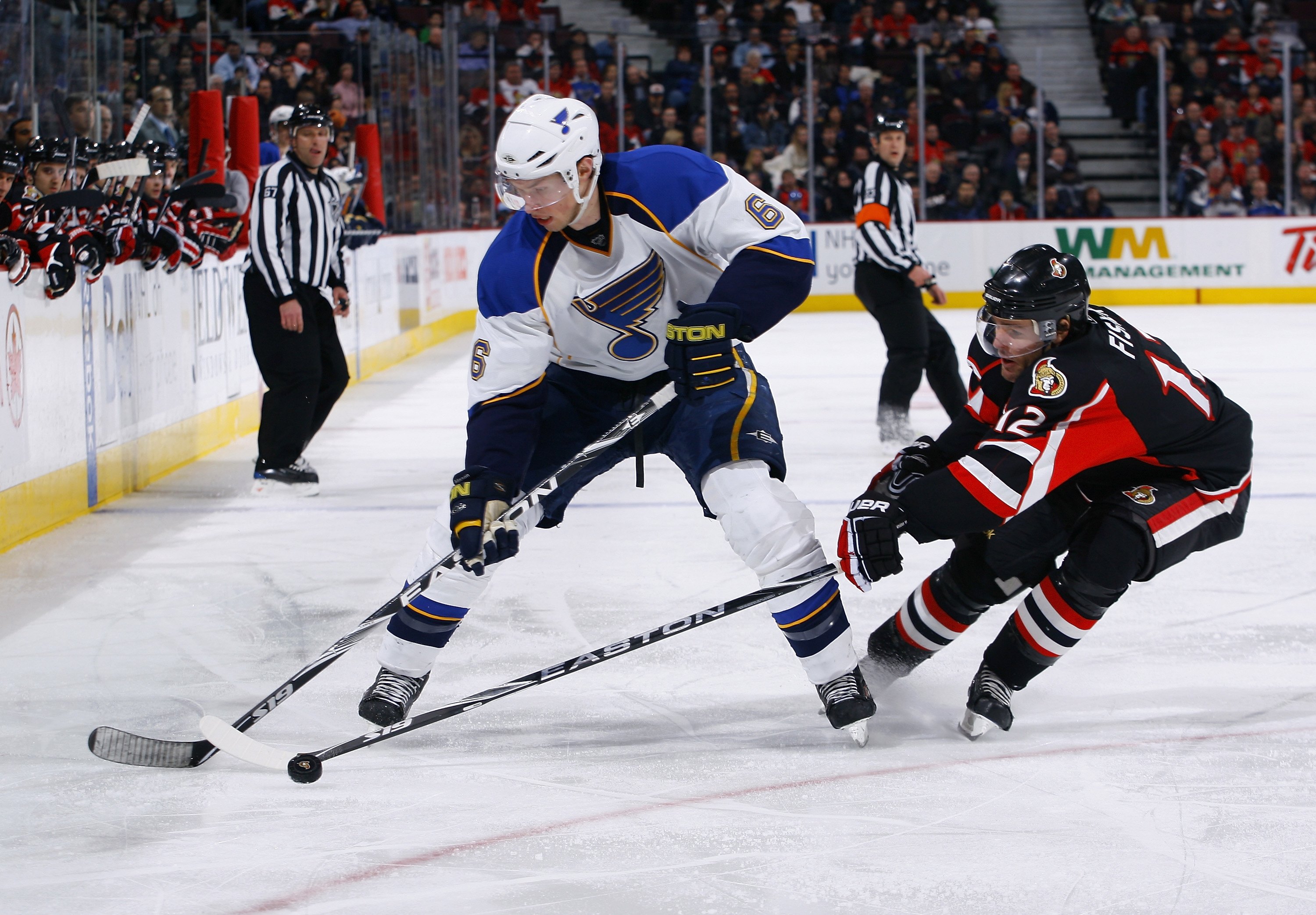 This up and coming defencemen of the St. Louis Blues is needless to say, very promising.

Erik Johnson received the Silver Medal in the 2010 Winter Olympics for Team U.S.A. after losing to Team Canada in overtime.

Johnson came in and scored 39 points last season in 79 games played.  He suffered a major set-back in the off-season tearing his  MCL and ACL.

With a healthy season, Johnson can prove why he was the number one draft pick in 2006.

He can also confirm a spot for one of the top finalist this season with an improving Blues team and with the experience he has. 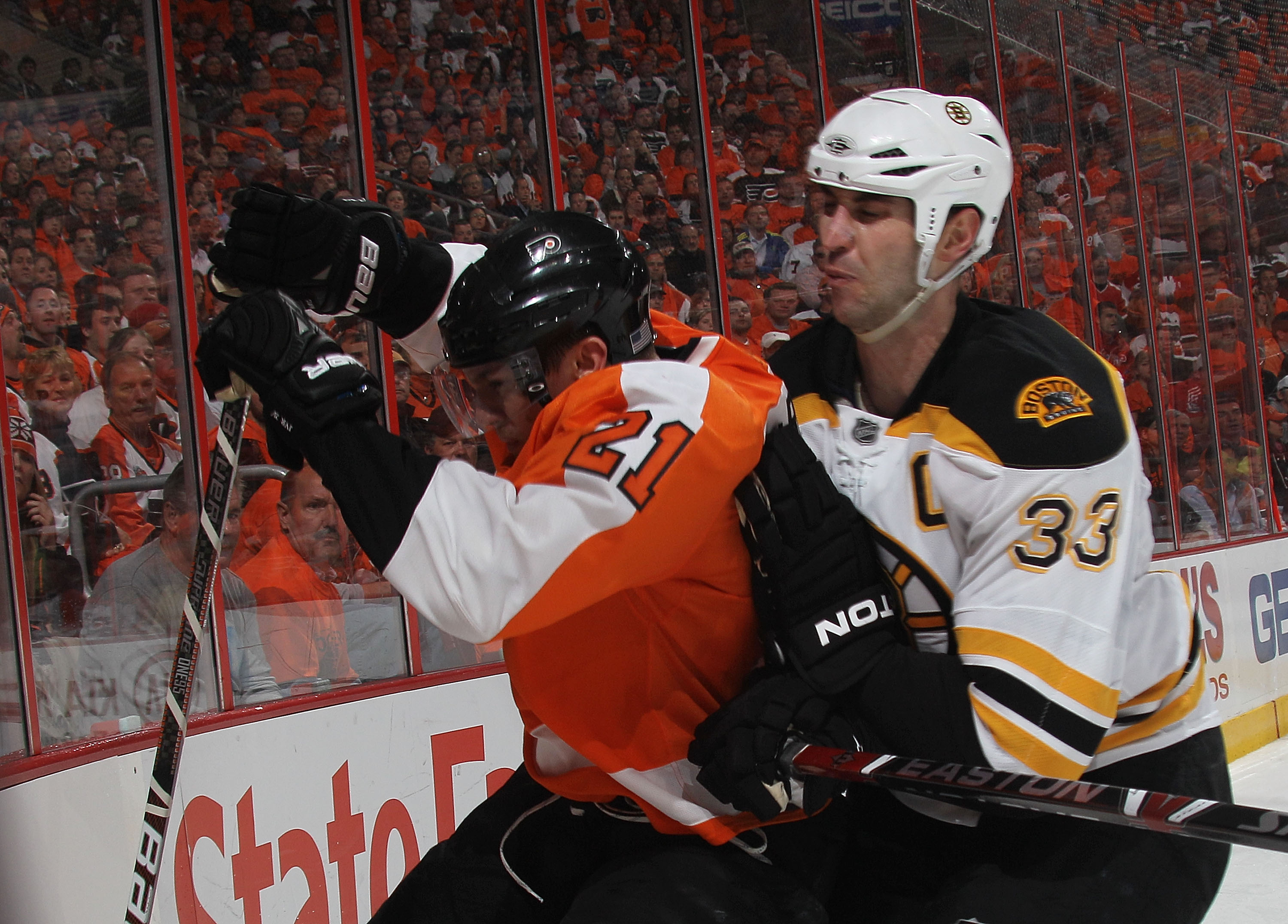 One year removed from be the Norris Trophy Winner, Zdeno Chara knows what it takes to be a winner.

Chara recorded 44 points in the regular season, and 7 points in 13 games for the 2010 playoffs.

He was on Team Slovakia for this past Olympics, just missing third place.

With the hardest shot ever recorded at 105.4 miles per hour and a growing Bruins team, Chara can be taking his well earned trophy back this season. 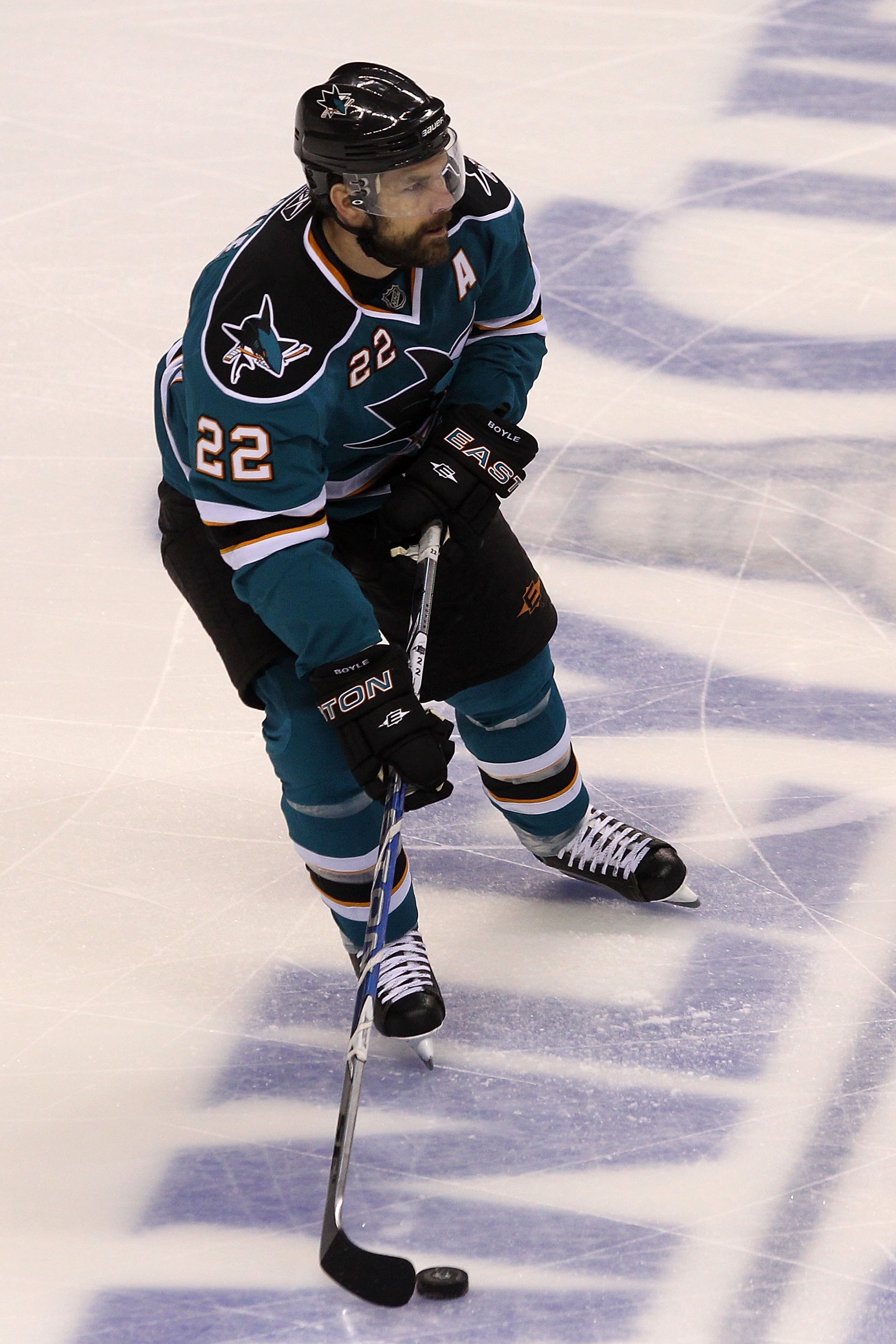 Another Gold Medal Winner for Team Canada makes the list.

Dan Boyle recorded 58 points in 76 games last season for the Sharks, and a shocking 14 points in just 15 games in the Sharks post-season run.

Boyle has not been recognized much through awards or these fancy trophies, but this could be his time.

As he gets older and more experience, Boyle, needless to say grows as a stronger defencemen. With Rob Blake gone, this may be Boyle's time to shine in the spotlight.

Maybe even take one of those "fancy" trophies home named Norris.