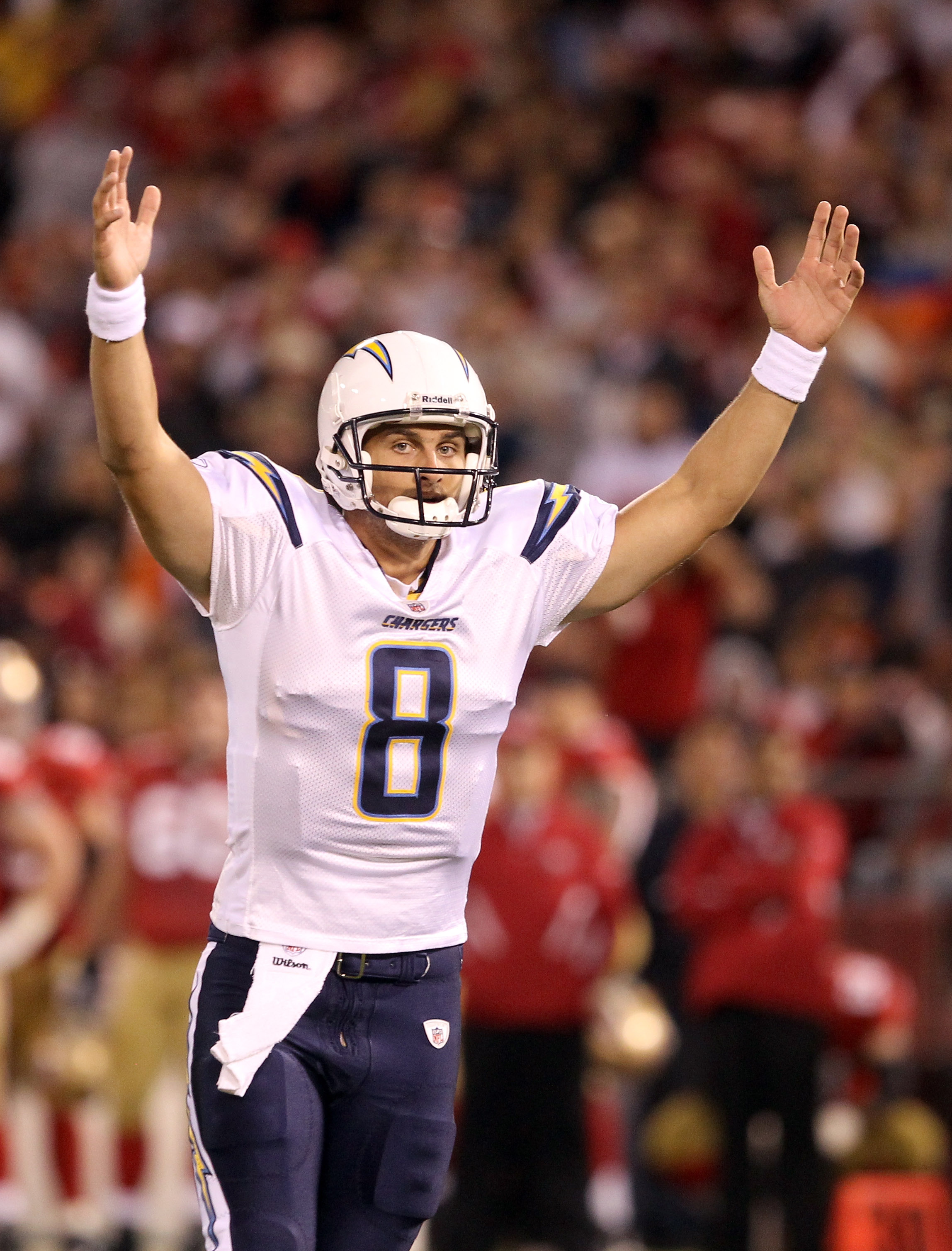 Say it with me NFL fans. "Thank God the preseason is over." Feel better now? I thought so.

The San Diego Chargers wrapped up their final preseason game against the San Francisco 49ers on Thursday night, marking the road to their first regular season game, which will take place a week from Monday against the Kansas City Chiefs.

Philip Rivers and the rest of the first team offense had the night off for the Chargers. They sat and watched the second and third team offense drop a 17-14 decision to the 49ers, who finished the preseason unbeaten, not that it means anything at all.

Backup quarterback Billy Volek was intercepted twice and third stringer Jonathan Crompton was intercepted on the Chargers' final drive with just under a minute left that secured the 49ers' victory.

While the first team didn't step up on the field, here are five observations on the offensive performers that did play Thursday night.

Curtis Brinkley Making a Case For a Roster Spot 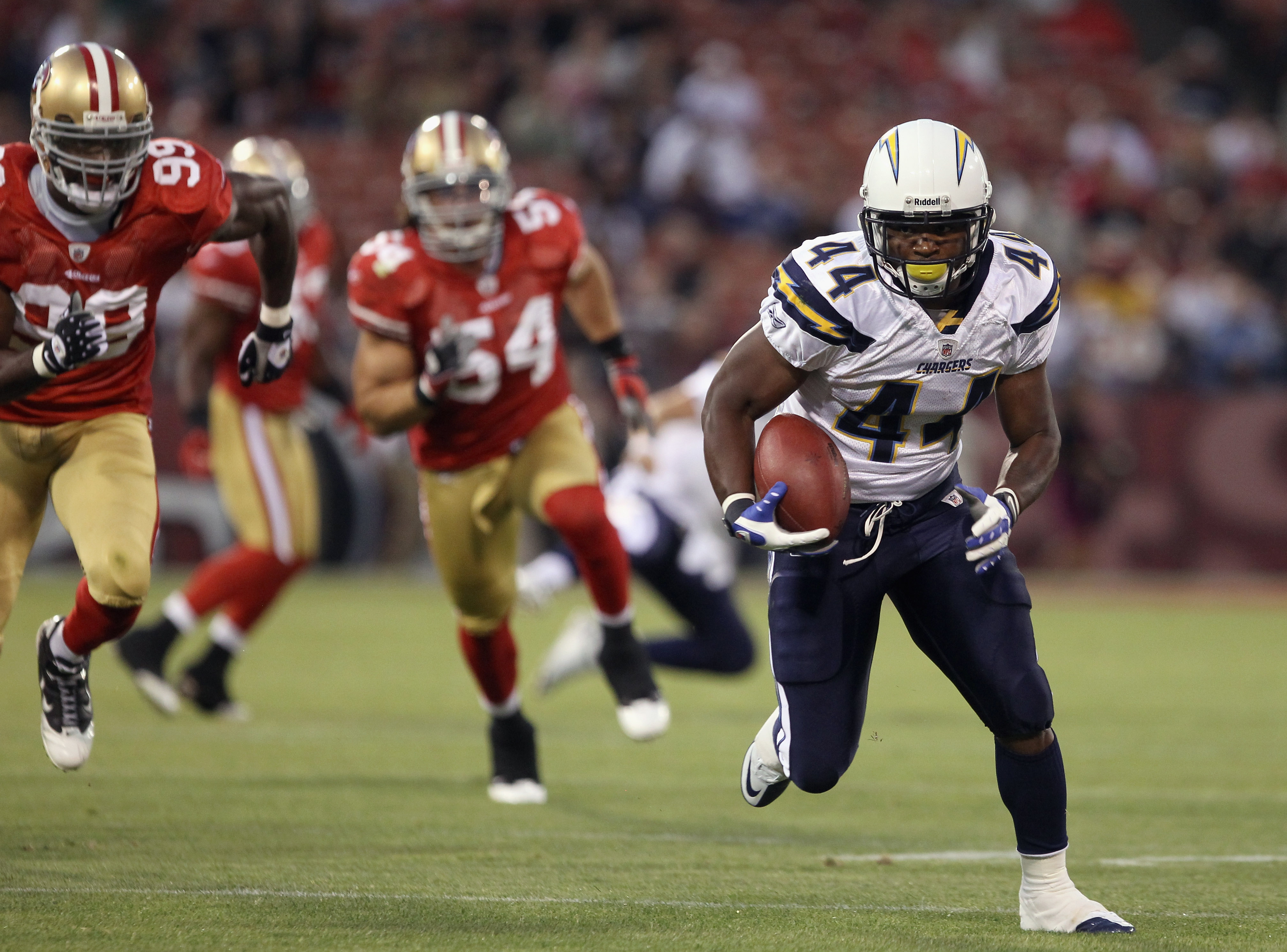 With starting running backs Ryan Mathews and Darren Sproles taking the night off, Curtis Brinkley got the brunt of the carries and didn't perform too badly.

On a side note, if you don't know Brinkley's story, he is an undrafted free agent out of Syracuse, and he almost lost his life 10 months ago.

Buster Davis Had a Big Night 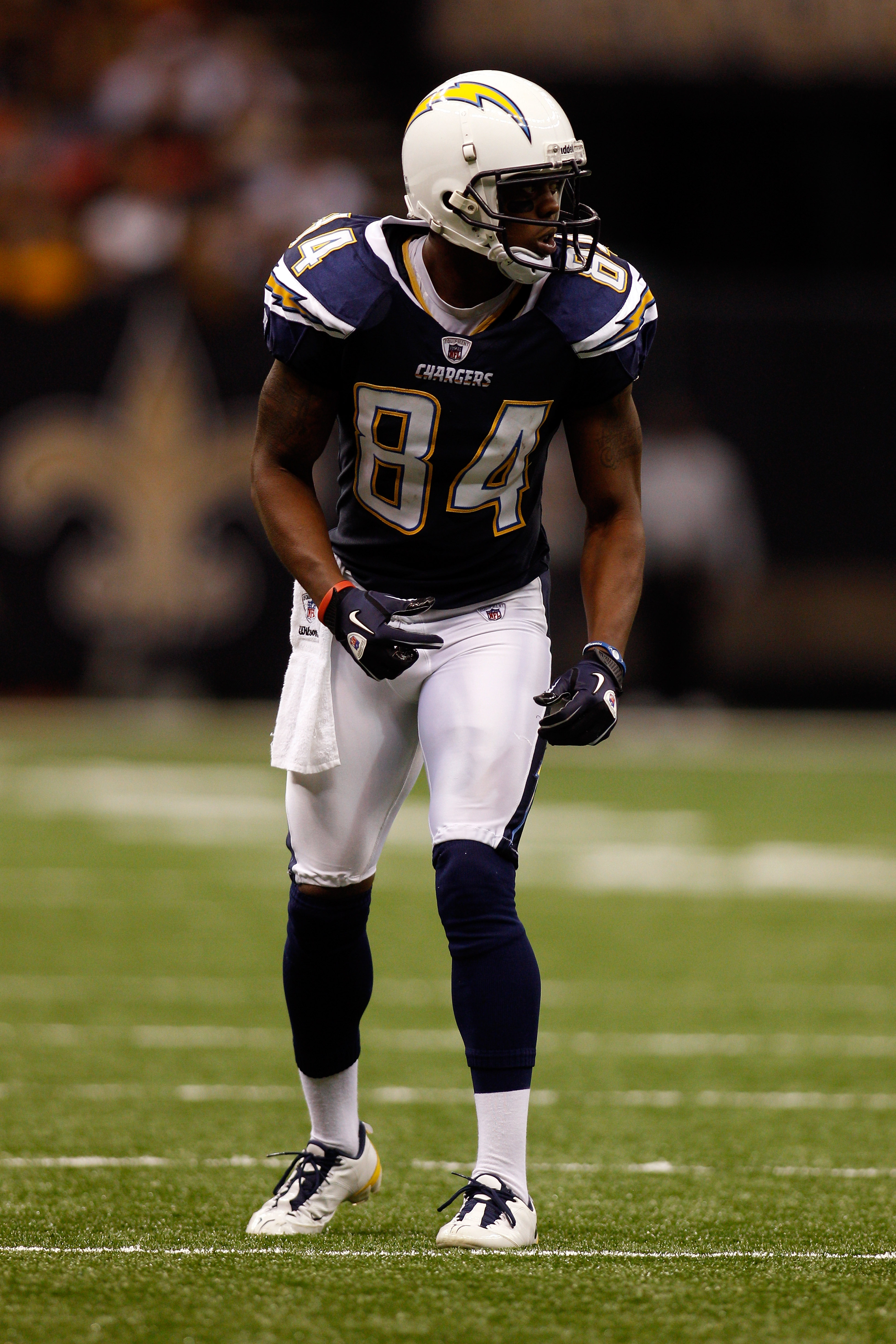 Wide receiver Buster Davis had a big night for the Chargers, finishing the night with 84 yards on four catches. A 21 yards per catch average.

Jeremy Williams Shows Off His Speed 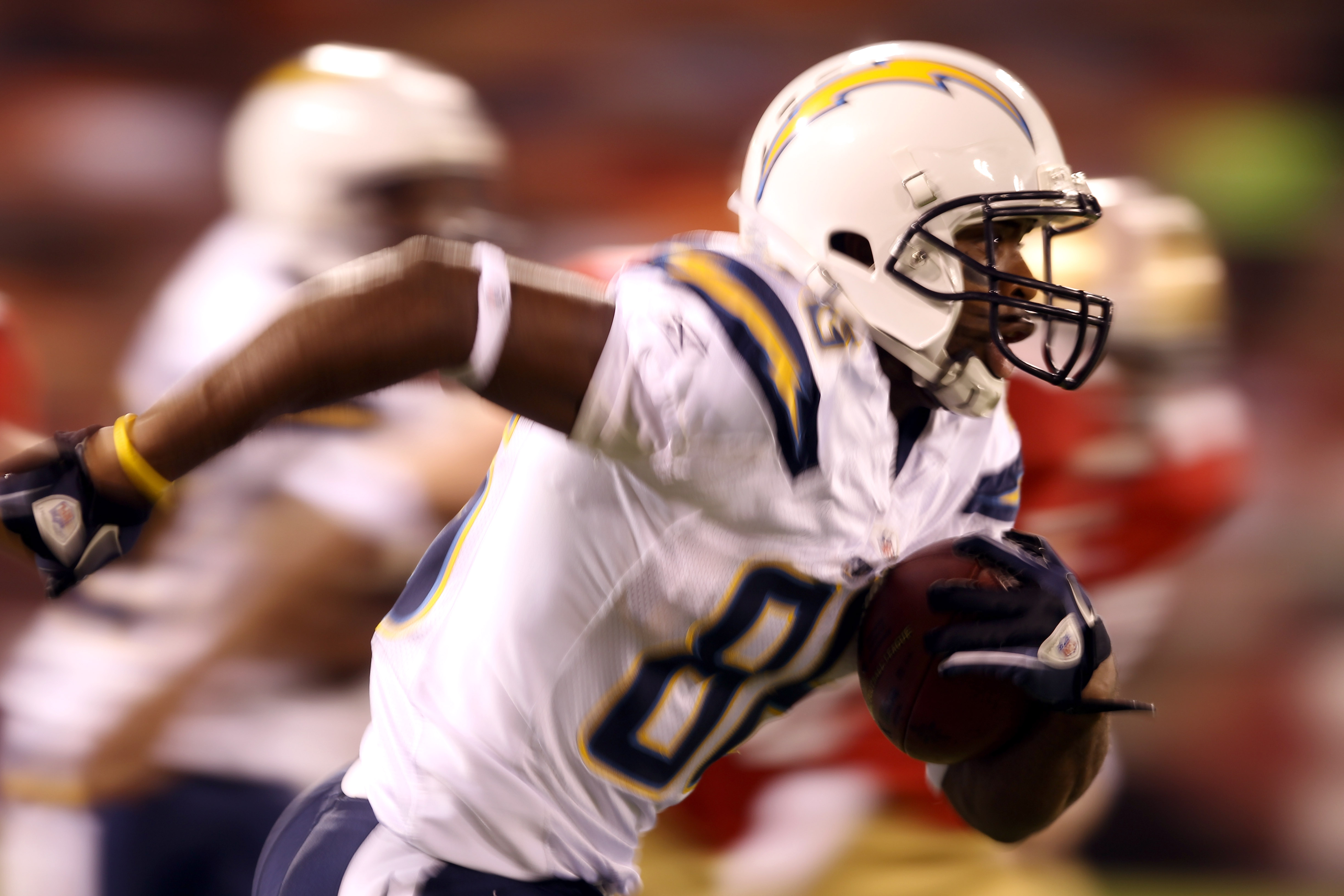 One of the highlights from the Chargers last night was a 93-yard punt return for a touchdown by Jeremy Williams in the third quarter. It was San Diego's first score of the night.

Caught just inside the 10-yard line, Williams broke one tackle and headed up the right sideline and broke one more tackle before almost being caught from behind.

He doesn't have the quickest feet out there, but he was strong enough to stay on his feet on two tackle attempts. 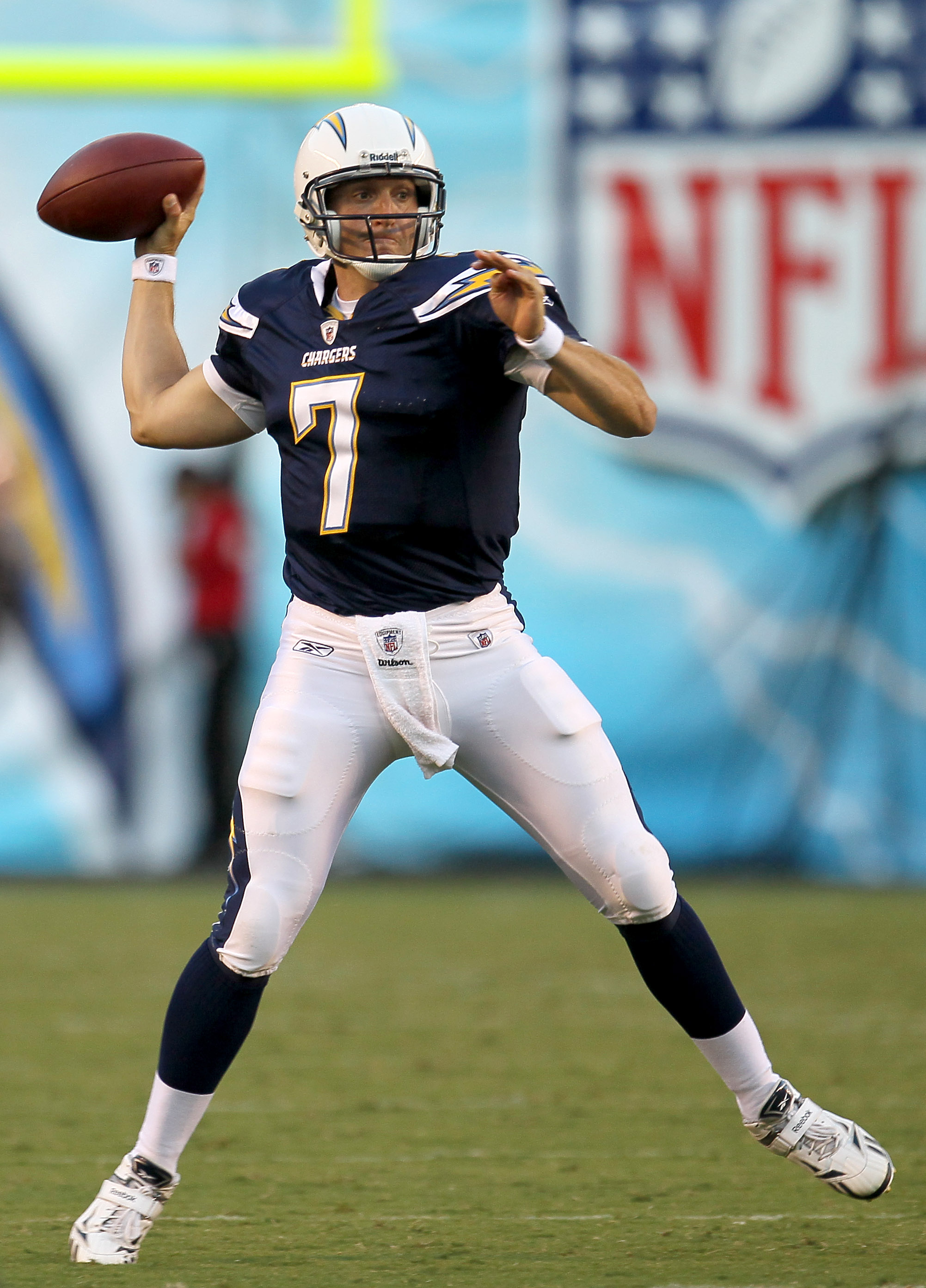 While Billy Volek is expected to be the second string quarterback for the Chargers this season, he needs to make better decisions when he is on the field.

The Chargers had driven deep inside 49ers' territory but made an ill-advised pass into triple coverage near the end zone, and was intercepted.

While I know it's the preseason, that's not a pass he'll get away with nine times out of 10. 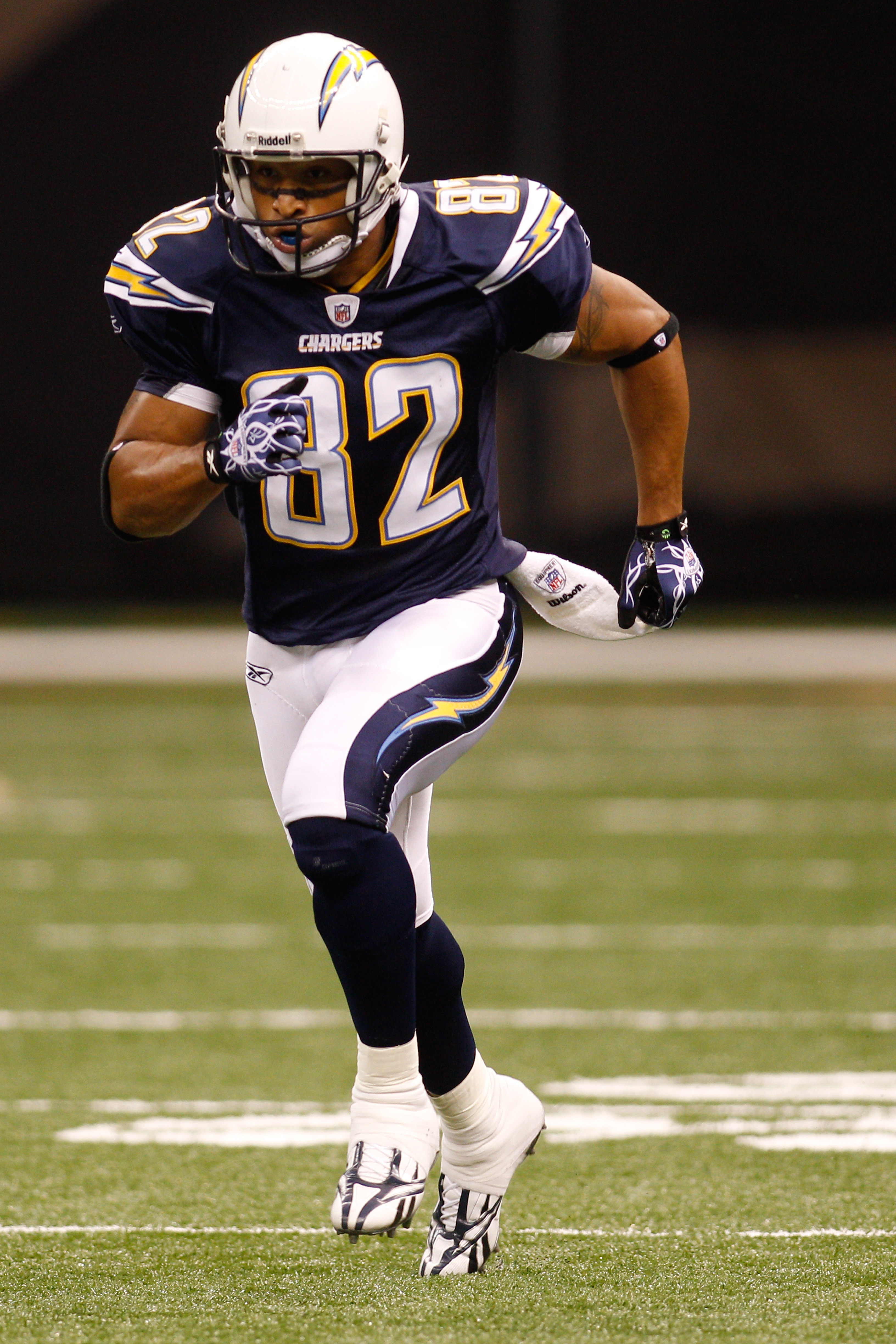 All through the preseason, the Chargers have shown that they definitely have not only a lot of talent, but also a lot of depth at wide receiver.

You look at guys like Antonio Gates, who I know is a tight end but is one of the best pass catchers at his position, but you also have guys like Malcom Floyd and Legedu Naanee. Behind them, there are more than a few guys who have shown they can be just as good.

Josh Reed, Buster Davis, Jeremy Williams, or undrafted rookie Seyi Ajirotutu have all been targets this offseason, and each could make this team and provide Philip Rivers more solid targets this season.