There were quite a few trades made at this year's non-waiver deadline, but not as many moves as I thought there would be.

With so many equally talented, but non-impact players available after the big guns—Cliff Lee, Dan Haren, Roy Oswalt—were gone, it became a buyer's market.

Some teams, like the Toronto Blue Jays, would not trade any of their valuable commodities (Scott Downs, Jose Bautista, Jason Frasor) unless they received top dollar and/or equal return back.

Second-tier prospects do not make a good team better, and many teams knew that. Many teams also valued their young players much higher (and thus cheaper in cost) than the buying teams.

Of all the trades, however, the most important to go down was the first one: Cliff Lee to the Texas Rangers. This is important for many reasons.

First, it gives the Rangers a legitimate No. 1 starter for the first time as a playoff contending team. They never had an ace in the late 1990s when they made the playoffs three times, nor any of the decent teams they had scattered throughout the 1970s and 1980s.

Please do not confuse guys who had a decent year or two like Aaron Sele, Rick Helling, Ken Hill, and Bobby Witt with the term "ace."

Lee is a true ace, a pitcher who will go up against the best. He has stacked up against some of the best teams so far, including the Los Angeles Angels and Boston Red Sox, and pitched well.

His performance for the Phillies in last year's playoff push and postseason classified Lee as an ace.

Second, an ace on top of the rotation takes a team to different heights, pushing them to play better and feel more confident. For example, when your team's ace is starting, don't you feel better about that particular game?

So do the players playing behind him.

I remember when Ron Guidry was pitching in 1978, and every time his turn came up in the rotation, you just knew the Yankees would win. And they usually did.

I specifically remember one day a group of us were playing stickball and someone asked who was pitching for the Yankees that night. Another kid said "Guidry" and I said out loud, "Well, that's another win for the Yankees." After all, Guidry was 13-0 at that point in early July.

Unfortunately, the Milwaukee Brewers beat up on "Louisiana Lightning", and handed Guidry his first loss. While the Yankee starter was mentioned, no one bothered to say that Yankee-killer Mike Caldwell was pitching for the Brewers that night.

I might not have proclaimed a Yankee victory that quickly.

Steve Carlton had that same knack with his teams playing better behind him. How can you explain that his 1972 Philadelphia Phillies team? That year the Phillies won a total of 59 games, but managed to win 27 of his starts that season.

When pitchers throw strikes and work quickly, they keep their fielders in the game. And when fielders are happy and not bored in the field, they usually perform better.

Despite Lee only being 1-2 in his five Rangers starts, the team has picked up 3.5 games on the second-place Angels since Lee's arrival. The arrival of Lee has set a different tone for this franchise and its players.

They have more overall confidence and know they are a true contender.

Third, the Rangers made this move FOR the playoffs, not to get to the playoffs. Although they have increased their lead with Lee in the fold, I still believe the Rangers would win the AL West regardless of if they acquired Lee or not.

This trade is similar to when the Angels traded with the Atlanta Braves for Mark Teixeira prior to the 2008 trading deadline.

The Angels had a great lead that year, but wanted to bolster their lineup for the potential matchup against one of the behemoths from the AL East.

The Lee trade will work out much better than the Teixeira deal did for the Angels. As a proven, dominant ace, Lee will have a more influencing force upon a playoff series than does a single hitter in a lineup.

Lee has already shown he can dominate a World Series-winning lineup like he did last season against the New York Yankees. Overall, in four postseason starts, Lee was 4-0, with a 1.56 ERA and 0.818 WHIP, including two victories over the Yankees.

Lee will start two games in the first round, and depending how the games play out, could go three games in each of the seven-game series rounds.

If he pitches like he is capable (and why even doubt it?), an opponent has to pretty much guarantee it will win all the other games Lee does not pitch.

And with Lee in the No. 1 spot, all the other good Rangers pitchers slide down into the No. 2 and No. 3 roles.

Yankee fans? Do you feel confident with AJ Burnett going up against Rangers young 8-1, 3.31 ERA dynamo Tommy Hunter* with a Lee win already in the Rangers' pocket? How about the rejuvenated C.J. Wilson firing BB's against the lefty-suspect Yankee lineup?

New Yankee Austin Kearns better have a great night that game on National TV! No, I don't believe he is up for that challenge.

*Hunter is a pretty darned good pitcher who breezed through the Rangers minor leagues. He was the ace at the University of Alabama when David Robertson was the Crimson Tide closer.

In fact, K-Rob blew the Super Regional against North Carolina in the ninth inning of a game which Hunter started and somewhat out-dueled Daniel Bard.

Just like how a good hitter acquired lengthens an already good lineup, Lee lengthens the pretty good starting rotation the Rangers already had.

That spells trouble for the opposition.

That means that in the other games Lee does not start, the Rangers will have a rested bullpen. And this side of the San Diego Padres, the Rangers have perhaps the best bullpen in the major leagues.

He will not be babied by Ron Washington like a young hurler on an innings limit or pitch count. The Rangers know this is their window to the World Series, as Lee will likely not re-sign with Texas after this season.

And he will not ask out of a playoff game like Johan Santana did as a member of the Minnesota Twins back in 2004 against the Yankees. An elimination game, no less!

You might have to pry the ball out of Lee's hands this postseason.

And what about coming to the Rangers in the July 9 deal?

"You want to pitch against the best teams," Lee said. "You want to be the guy that's expected to take the ball. You want that challenge. It's a challenge. It's the highest level. It's playing against the best. It's what you should want to do."
I like that confidence.
The Rangers already had a great offense led by Josh Hamilton, Vladimir Guerrero, Nelson Cruz, and Michael Young. They already have a great bullpen with Neftali Feliz, Darren O'Day, Darren Oliver (two Darren's make me want to watch a Bewitched marathon), and Frank Francisco.
And their starting rotation with Hunter, Wilson, and Colby Lewis was pretty good, too.
But the trade for Lee makes the Rangers the team to beat in the American League, and quite possibly in all of baseball. 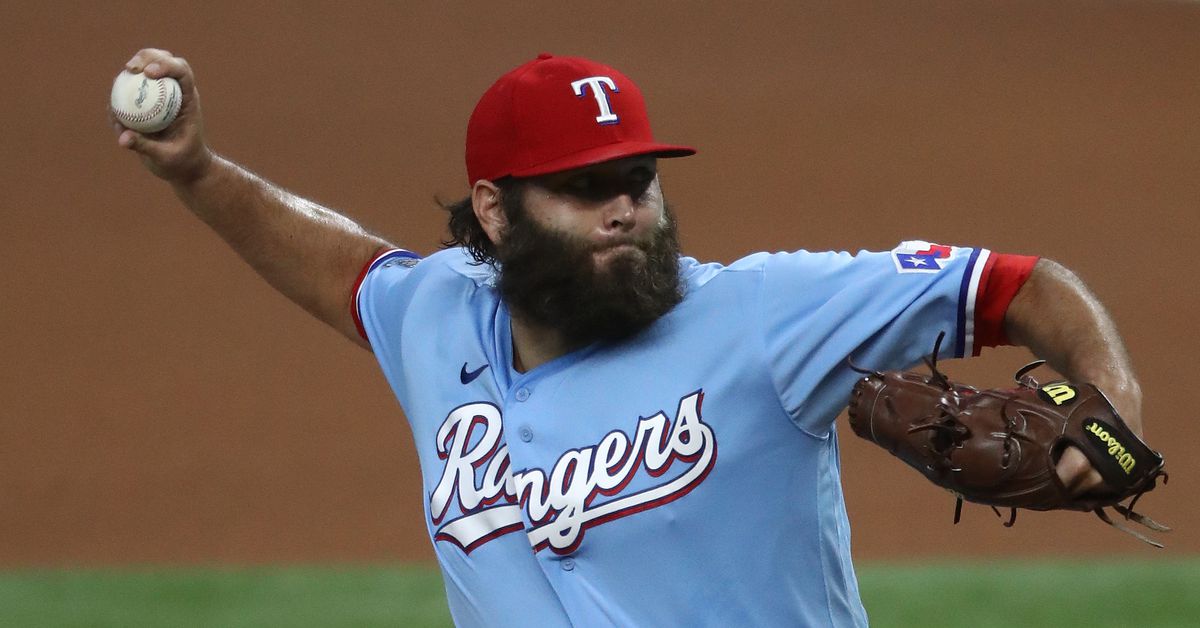 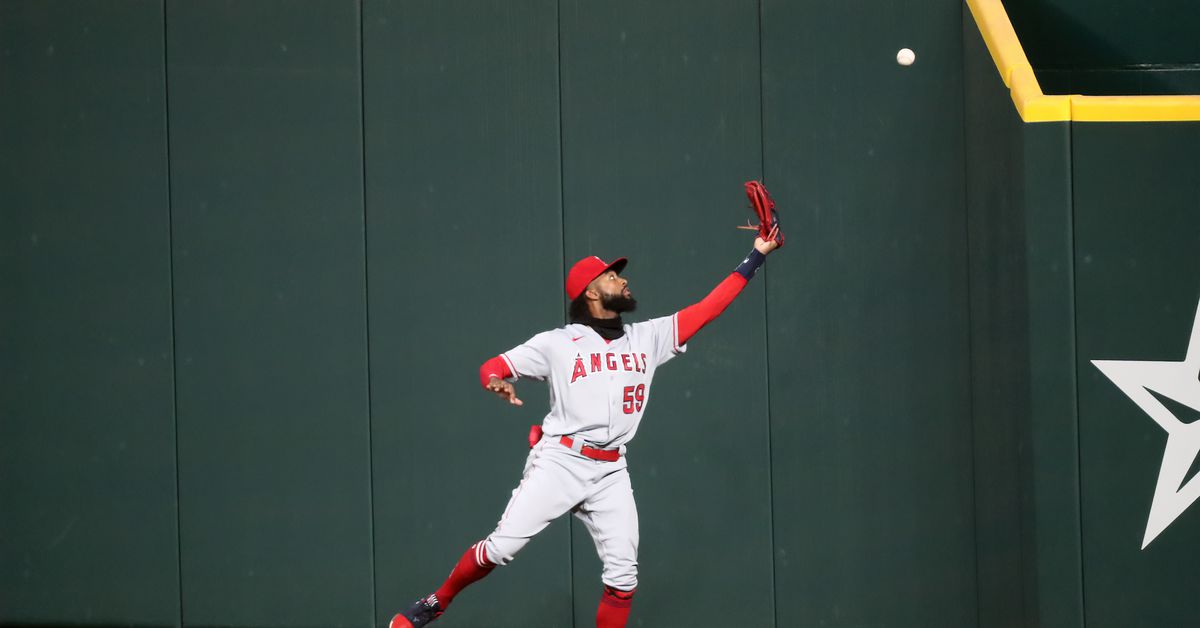