On Saturday night, the Chicago Blackhawks will host a Stanley Cup Finals game for the first time since 1992.

In 1992, Jeremy Roenick was scoring goals for the Blackhawks, and Chris Chelios was protecting Eddie “The Eagle” Belfour in net. In 1992, Patrick Kane was still potty training, and Duncan Keith had a full set of his own teeth.

In fact, the only consistent reality between 1992 and today is Jaromir Jagr’s hair !

When the puck drops in Chicago, the Philadelphia Flyers will try to write the final chapter to an incredible story of their own, as they didn’t even qualify for the playoffs until the last day of the regular season with a shootout win over the New York Rangers.

After quickly running the New Jersey Devils out of the postseason in five dominant games, the Flyers dropped the first three games of the second round to the Boston Bruins.

What followed, was an epic collapse, as the Bruins lost the next three games, and then blew an early three-goal lead in Game Seven to be eliminated. It was arguably the biggest, and least likely, comeback in sports history.

Then in the Eastern Conference finals, the Flyers stole the glass slipper from Cinderella. The Montreal Canadiens, as the eighth and final seed, upset the President’s Trophy-winning Washington Capitals, and then the defending Stanley Cup champion Pittsburgh Penguins, both in seven games, before running out of gas in five games against an excited Flyers team.

So here we are, with Philadelphia's and Chicago’s mayors betting cheesesteak against deep-dish pizza. If I were a betting man, my money would be on the Blackhawks in five games. Here’s why.

The Path of Least Resistance

The Flyers may have had the more dramatic road to the Cup Finals, but it has been against weaker competition. In their first 17 playoff games, the Flyers have outscored their three opponents 54-36, or a difference of 3.18 to 2.12.

Flyers goalies (Brian Boucher before getting hurt, and now Michael Leighton) have combined for five postseason shutouts, three of which came from Leighton in the Eastern Conference finals.

But those numbers are deceiving.

New Jersey was the best offense of the three in the regular season, but only ranked 19th in the NHL averaging a pedestrian 2.63 goals per game. Montreal ranked 25th, scoring only 2.56 per night, and Boston had the worst offense in the entire NHL, ranking 30th at just 2.39 goals per game.

They will now face a Blackhawks offense that finished the regular season ranked third in the NHL at 3.20 goals per game. With all due respect to the players in New Jersey, Boston, and Montreal, they don’t hold a candle to the depth of the Blackhawks’ offense.

Now consider the three teams the Blackhawks have played.

Nashville, the weakest offensive team of the three teams the Hawks have played, ranked higher than the best team Philadelphia played this year offensively; the Predators ranked 18th in the regular season averaging 2.65 goals per game.

The Vancouver Canucks finished the year ranked second in the NHL, scoring 3.27 goals per game, and the San Jose Sharks were the fourth-ranked offense in the game, scoring 3.13 goals per game. The three teams combined to average 3.02 goals per game in the 2009-10 regular season.

In these playoffs, the Hawks have outscored their opponents 53-40, or an average of 3.31 to 2.50. That means the Blackhawks might have a higher goals against average than the Flyers this postseason, but they’ve done it by holding their opponents down more than the Flyers; the scoring differential between the regular and post seasons for the Hawks’ opponents is over half a goal per game (0.52).

Both teams are riding hot netminders into the Finals.

Leighton had three shutouts against Montreal, and Chicago's Antti Niemi made a handful of highlight-reel saves against San Jose. Looking deeper into the numbers, though, Niemi’s performance was more impressive than even Leighton’s three shutouts in five games.

As I've already pointed out, San Jose had the fourth-ranked offense in the NHL during the regular season averaging 3.13 goals per game. In the Western Conference finals, Niemi faced 34 shots per game and held the Sharks to seven goals in four games (five from Patrick Marleau). In the regular season, the Blackhawks only allowed 25.1 shots per game to get to their goaltenders, so the number from San Jose was shockingly high.

Putting those shot totals into context, though, makes it less shocking. The Blackhawks are actually blocking 4.3 more shots per game in the playoffs (17.3/gm) than they did in the regular season (13/gm). The shot totals the Hawks allowed against San Jose was more a function of the opponent than the effort from Chicago.

So while gross numbers (goals against average, save percentage) are good numbers to look at in a static analysis, digging deeper develops a great appreciation for what Niemi did against superior competition.

Now step back and look at the rosters of the Flyers and Hawks’ opponents.

For Philadelphia, injuries plagued their opponents. Boston, with the worst offense in the league, got their best scorer back after he was out since March 7, but Marc Savard was not as productive in their series (seven games, one goal, two assists, +2). The Bruins also lost David Krejci, who had eight points in his first nine playoff games, early in Game Three. It’s worth noting that, when he was out of the lineup, Boston did not win another game in the series.

Montreal was also at a physical disadvantage. Their regular season minutes-per-game leader, Andrei Markov, was lost to a torn ACL in the first game of the second round. Another of the Habs top defensemen, Jaroslav Spacek, was limited to just three games against Washington and one against Pittsburgh, before playing in every game against Philadelphia. In Markov’s place, the Habs promoted super prospect PK Subban, who played well but had just two regular season games of experience.

Vancouver was missing Willie Mitchell, but that was the only notable absense from any of the Blackhawks’ opponents in the playoffs. After the Western Conference Finals the Sharks said Dany Heatley was playing his way through a groin injury, but he was active in every game and his minutes were fairly consistent.

So the Blackhawks played statistically better teams that were more healthy than the Flyers have this postseason.

Based on the regular season, perhaps the biggest key for the Blackhawks to win the Stanley Cup will come on special teams. Looking at the postseason trends of both teams, this is also encouraging.

The Flyers power play ranked third in the NHL in the regular season, converting 21.5 percent of their opportunities. After a phenomenal first round against New Jersey (8-29, 27.6 percent), the Flyers have underperformed their regular season success against injured teams in the next two rounds.

Looking at the penalty killing track records of the Flyers’ opponents, it’s understandable that they would struggle against Boston. The Bruins ranked third in the regular season on PK, but Montreal (12th) shouldn’t have been a significant drop off from New Jersey (13th), or the Flyers’ regular season conversion rate, especially considering the players that were limited or not on the ice for the Habs.

Against the 18th-ranked Canucks PK, though, the Blackhawks converted 25 percent of their chances (7-28), and continued to improve against the Sharks’ fourth-ranked PK convering 27.3 percent (3-11) in theie four-game conference finals victory.

So, while the Flyers trended negatively in the playoffs, the Blackhawks are outperforming their regular season power play conversion rate against excellent defensive teams.

Perhaps the biggest wild card in the series is wearing a Blackhawks sweater. Both teams are receiving contributions from all over their rosters; six different Blackhawks and eight different Flyers have game-winning goals in the postseason. Both teams have increased their scoring average from the regular season into the playoffs as well.

But arguably the best offensive player in the Stanley Cup Finals hasn’t been a factor in these playoffs.

With the exception of his heart-attack producing game-winning goal after serving a five minute major penalty in overtime against Nashville, Marian Hossa has been a ghost in these playoffs. Who would have thought on July 1, 2009 that the Blackhawks would get more playoff goals from Tomas Kopecky (three) than Hossa (two) through three rounds of the playoffs! And Kopecky hasn’t played since the middle of the Vancouver series!

Hossa has nine assists and is +8 in the postseason, so labeling him a bust is a gross misrepresentation of his contributions to the Blackhawks’ run to the Finals. Indeed, Hossa has been one of the Blackhawks best puck handlers and continues to be a key contributor on the primary penalty kill unit.

The Blackhawks didn’t give him a 13-year contract last summer to kill penalties and rack up assists, though he’s getting paid to put the puck in the net.

Of course, the haters will point out the so-called “Hossa Curse,” referring to Hossa playing for the losing team in each of the last two Stanley Cup Finals. This year is different for Hossa, though.

The knock on Hossa each of the past two seasons has been that he disappeared in the Finals.

In 2008, he scored 12 goals and had 15 assists in a monstrous postseason for the Penguins. Indeed, the Pens relied on him for the bulk of their offense with baby-faced superstars Sidney Crosby and Evgeni Malkin still getting their playoff feet wet.

When the Red Wings focused on Hossa in the Finals and effectively shut him down, they shut down the Penguins offense with him.

In 2009 with Detroit, Hossa scored six goals and had nine assists in a good postseason for a very deep Red Wings team. With the roles reversed in the Finals, the Penguins effectively limited Hossa in the Finals and were able to steal the Stanley Cup out of Motown.

This year, Hossa hasn’t produced to the level of either of the past two seasons. And yet the Blackhawks are still winning. The Blackhawks offense is coming from Jonathan Toews , Patrick Kane , Dave Bolland, Kris Versteeg, and Dustin Byfuglien.

Indeed, if the Flyers are going to focus on one line to shut down with Chris Pronger and company, it will be the Hawks’ top line of Kane-Toews-Byfuglien.

Which could be a grave mistake.

Because the rest of the Blackhawks roster is playing so well, Hossa hasn’t had the pressure or expectations to live up to that he did in the past two postseasons. If Philadelphia worries about the Blackhawks’ top line and doesn’t give Hossa the respect he deserves, he could blow the series up.

The final point of impact on the Finals will be the Blackhawks ability to win anywhere. It’s old news by now, but the Blackhawks have tied the NHL’s single-season playoff record with seven consecutive road wins, and have an astounding 7-1 record on the road. And after their two strong wins to close out the Western Conference Finals at home, they have a 5-3 home record as well.

The Flyers, on the other hand, are 7-1 at home and just 5-4 on the road. While Philadelphia fans will point to the Flyers’ home record as an enormous advantage, one only needs to look back to the Sharks’ 5-1 home record entering the Conference Finals for an indication that the Blackhawks have trumped home ice before.

Considering all of these factors, I’m predicting the Blackhawks win the Stanley Cup Finals in five games. 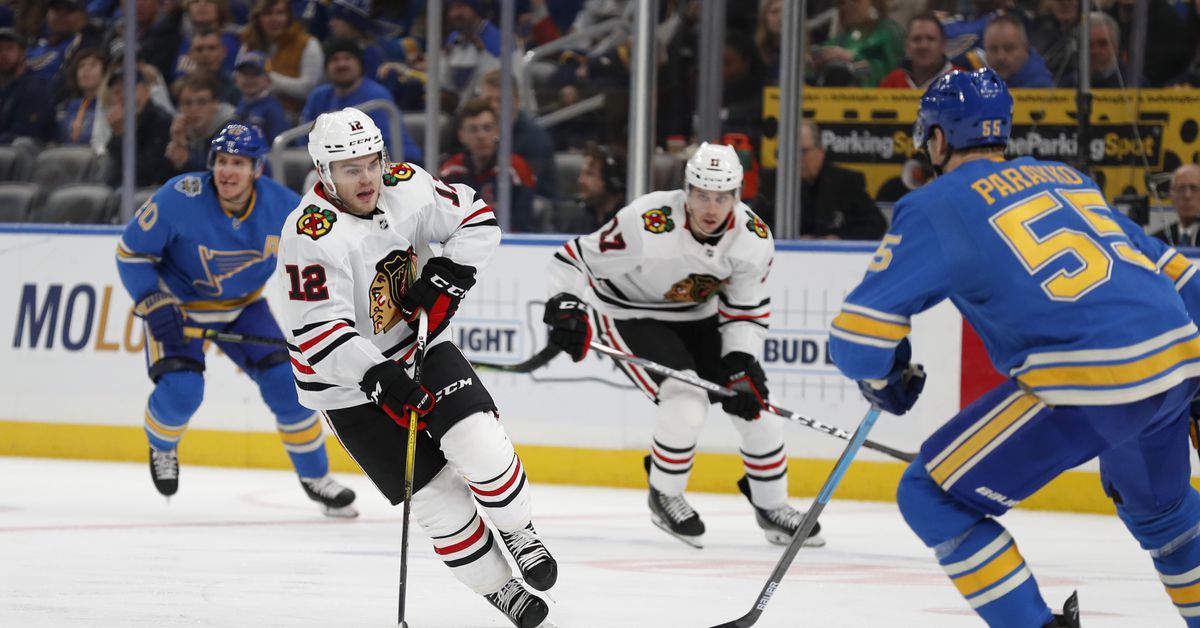