What makes someone a serious sports fan?

Given that the average supporter has been gradually priced out of going to the games, combined with the current economic climate, it's unfair to expect someone to have season tickets and/or go to watch their team play on a regular basis.

However, there should still be rules in place to help determine if someone is a true fan of their team. Therefore, I've compiled a list of the top 10 rules to see what fits the profile for being considered a loyal and dedicated supporter of your team(s).

Any comments/submissions alluding to other potential guidelines for the list will be considered (semi-) seriously.

1) You must support the team from the area where you grew up.

The only exception to this is if your city has no team, but you enjoy watching the sport/league in question. A prime example of this is Toronto, where people follow the Buffalo Bills, as there is no NFL team in Southern Ontario. (Did I hear someone say, "Yet?")

2) In the event that your city does eventually get a franchise, you're allowed the choice of sticking with your current team or following the new one .

However, you can only pick one; you can't support both.

I appreciate that you may have trouble deciding which one to follow, much like dating two girls at once. But continuing to divide your loyalties just proves that you're not serious enough about either one of them. It doesn't matter if one plays two big ones up front while the other is nice and tight at the rear.

I'm talking about deciding between two soccer teams, of course.

You stick with the team through the good times and the bad. I realize that certain franchises have more downs than ups.

4) If you move to another city for further education or work reasons, you're not allowed to change your allegiance to the team in that area (unless the city where you grew up had no professional team; see rule one).

By all means go to the games, but you can't pick them as your new team. Like your wife, it's "till death do us part."

(Speaking of the missus and partners in general, you can't swap over to following her team "just to keep the peace" or because you're "under the thumb." This move automatically brings into question your very manhood and deserves a "bitch-slap.")

5) Even if your favorite player is traded away/signs elsewhere as a free agent, you cannot start supporting his/her new team .

Much like moving cities, you can watch the new ball club whenever they play (as long as it doesn't clash with your team's schedule), but that's it.

6) On the flip side—and I wouldn't wish this on anyone (dare I mention the Sonics?)—if your franchise moves to another city, all bets are off.

The chances are that you would be so devastated, you wouldn't want anything else to with the sport in question, unless the city is promised a new franchise down the line. Cleveland fans faced a situation like this when Art Modell moved the team to Baltimore after the 1995 NFL season (we're still waiting, Mr. Stern).

7) A free pass comes into effect if a family member plays professionally for a team from another city .

Again though, you can only support the one franchise. Of course, this could get complicated if the relative in question is a career journeyman backup quarterback.

8 ) If your city has more than one team in a particular sport, you can't support both teams.

This mostly applies to anyone from areas such as Los Angeles, New York, and Chicago. You are basically hedging your bets, which is not allowed (see rule two).

You can have the season tickets, you can be an emotional wreck every time your team plays, you can stay up late into the night watching game reruns, but under no circumstances should you ever buy a jersey and get your name put on the back.

(Also, try to limit the use of the word "we" when referring to your team. As passionate as you quite rightly are, you do not, and never will, play for them.)

10) There is no justification whatsoever to be a Boston Celtics, New York Yankees, Pittsburgh Steelers, AND Montreal Canadiens fan .

Unless you grew up in Montreal, moved to Pittsburgh while growing up because your dad got a better job offer, and have two brothers who play for the Celtics and Yankees.

(In which case, you have my sympathies, because you think you're French, are depressed and suicidal because you had to move to friggin' Pittsburgh, and you got the short end of the stick in your family when the athlete genes were being handed out.)

So there you have it. Now go out there and be the best fan that you can. Or not. I'll leave it up to you. 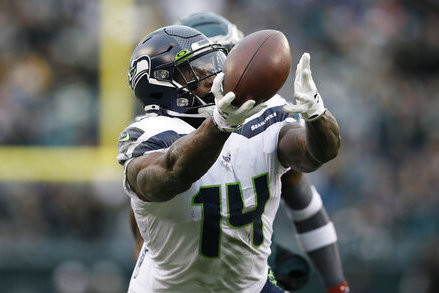