Fantasy football comes in several different flavors, much to the delight of NFL fans. However, dynasty leagues can be one of the most difficult, yet rewarding, versions of the great paper pastime.

In dynasty formats, rosters don't change dramatically from year to year, which means the margin for error is slim and the chances of lucking into a title are even slimmer. With only a handful of draft picks each year, picking a bust can set a franchise back for several seasons, while identifying a sleeper can set a manager's squad up for sustained success.

With this in mind, we're here to examine some early dynasty sleepers, tips for drafting in the format and—just for the fun of it—team names centered around this year's crop of incoming rookies.

First, though, a look at the top 10 rookie rankings for dynasty and keeper formats (PPR). 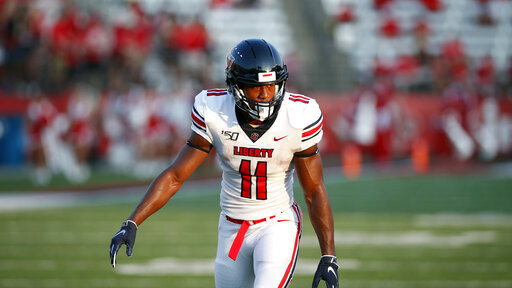 If this is your league's inaugural dynasty draft, it's smart to treat it like a traditional fantasy draft—with one caveat. While drafting established and proven players is the goal, age is a deciding factor. Quarterbacks like Patrick Mahomes and Lamar Jackson are clearly at the top of the signal-caller wish list, but even a second-tier quarterback like Dak Prescott can be far more valuable long-term than an aging superstar like Drew Brees or Tom Brady.

In first-time dynasty drafts, it's smart to prioritize players who should have an elite five-year window ahead of them. Guys like Christian McCaffrey, Saquon Barkley, Michael Thomas and Chris Godwin are terrific top targets.

Don't overvalue rookies in first-time dynasty drafts. While they potentially provide the largest fantasy windows, they're far less valuable than a second- or third-year player who is a known fantasy commodity.

When drafting to fill out rosters after Year 1, however, rookies and breakout stars should be at the top of the pick order. When drafting rookies, prioritize players who are joining an established supporting cast.

For example, Kansas City Chiefs running back Clyde Edwards-Helaire tops the rookie dynasty rankings because he's joining arguably the league's most potent offense. While a player like Cam Akers may be in line for an every-down role early, Edwards-Helaire should be at least a serviceable starter over the long haul as long as he's playing alongside the likes of Mahomes, Travis Kelce, Tyreek Hill and Mitchell Schwartz—unless, of course, he is a legitimate draft bust.

Drafting for need and for future need is also vital for sustained success. If, for example, the 41-year-old Brees is your quarterback, it would be smart to pick up a rookie like Joe Burrow or Tua Tagovailoa as a replacement in a year or two.

When searching for dynasty sleepers, many of the above draft rules will apply. Upside and supporting cast are key factors, though sometimes opportunity can be the biggest benefit for potential fantasy sleepers.

For example, Washington wideout Antonio Gandy-Golden probably isn't on many fantasy radars. The fourth-round pick out of Liberty, however, has a prime opportunity to emerge as one of Washington's top receivers.

After second-year man Terry McLaurin, there is no established talent in the team's wideout corps. Kelvin Harmon showed some promise as a rookie last season, but he's out for the year with a torn ACL. Gandy-Golden could conceivably earn the No. 2 job opposite McLaurin in training camp.

While there might not be as much immediate opportunity for Pittsburgh Steelers rookie wideout Chase Claypool, he does have a quality supporting cast—assuming quarterback Ben Roethlisberger is fully recovered from last year's elbow injury.

The Notre Dame product will begin his career behind the likes of JuJu Smith-Schuster, Dontae Johnson and James Washington, but he has a lot of upside and a clear role envisioned for him.

"We've been watching Chase for two seasons because as a junior there was a chance that maybe he'd come out a year early and there was some talk about that," general manager Kevin Colbert said in May, per ProFootballTalk's Mike Florio. "... He's a 6'4", 230-pound receiver that can get deep, and quite honestly we didn't have that threat last year. We didn't have that tall receiver that can just outrun coverage."

In it Tua Win It

Tua and a Half Men

Silence of the Lamb