Joe Burrow will forever be an LSU legend, and he thanked Tigers fans and the state of Louisiana before he hears his name called in the first round of Thursday's NFL draft.

The quarterback thanked those who supported him with a billboard:

A message from Louisiana's own... Joe Burreaux https://t.co/QVhboLk9w4

While Burrow is an Ohio native who started his collegiate career with the Ohio State Buckeyes, Louisiana showed him nothing but love after he transferred to join the Tigers. He rewarded them with one of the best seasons in college football history.

Burrow won the Heisman Trophy behind 5,671 passing yards, 60 touchdown throws and six interceptions, and then led LSU to the College Football Playoff national championship with convincing victories over Oklahoma and Clemson.

It was a fitting end to a season that saw him pay homage to Louisiana with the last name "Burreaux" on his jersey on senior night.

While Burrow will almost surely end up back in Ohio on Thursday when the Cincinnati Bengals select him with the No. 1 overall pick, it is clear Louisiana holds a special place in his journey to the sport's highest level.

With Recent Spike In COVID-19 Cases, How Much is LSU, College Football 2020 Season in Jeopardy?

With Recent Spike In COVID-19 Cases, How Much is LSU, College Football 2020 Season in Jeopardy?

Film Review: What is LSU Football Getting in 2021 Defensive Line Commit Naquan Brown? 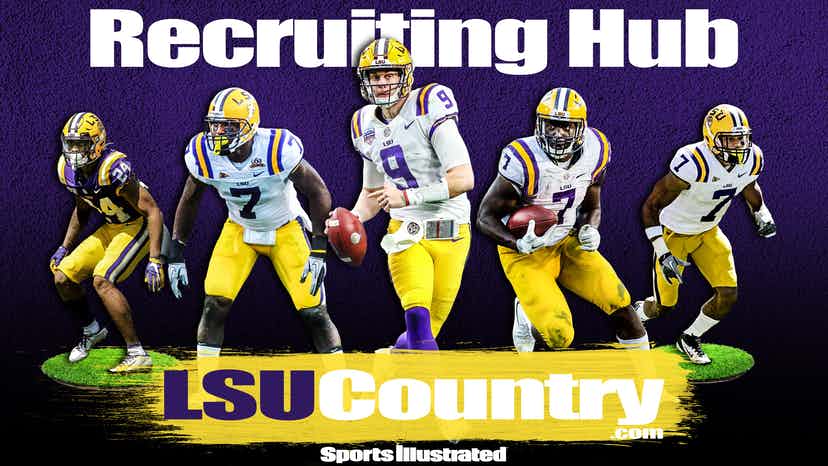 Film Review: What is LSU Football Getting in 2021 Defensive Line Commit Naquan Brown?