Once upon a time, the term 'tweener used to be almost a dirty word used for NFL prospects who didn't fit into a defined role or position. Now, the more a player can do, the more value he brings to a team. Individuals who excel in multiple roles, especially on defense, help expand schemes and cut down on potential mismatches.

Clemson's Isaiah Simmons personifies the modern NFL defender, and he has yet to step foot onto a professional football field.

Well, that's not entirely true. Technically, the reigning Butkus Award winner took his first steps toward playing on an NFL field Saturday during the scouting combine at Lucas Oil Stadium in Indianapolis.

Where he fits is obvious, yet ambiguous.

Everyone expected the 6'4", 238-pound defender to crush his workout, and he didn't disappoint. His unofficial 4.39-second effort in the 40-yard dash has already reached legendary status.

This trio of simulcams of @isaiahsimmons25 vs. NFL stars he will most likely have to chase down is amazing. Because, here, they're all chasing HIM down. https://t.co/ndy1AvvKfM 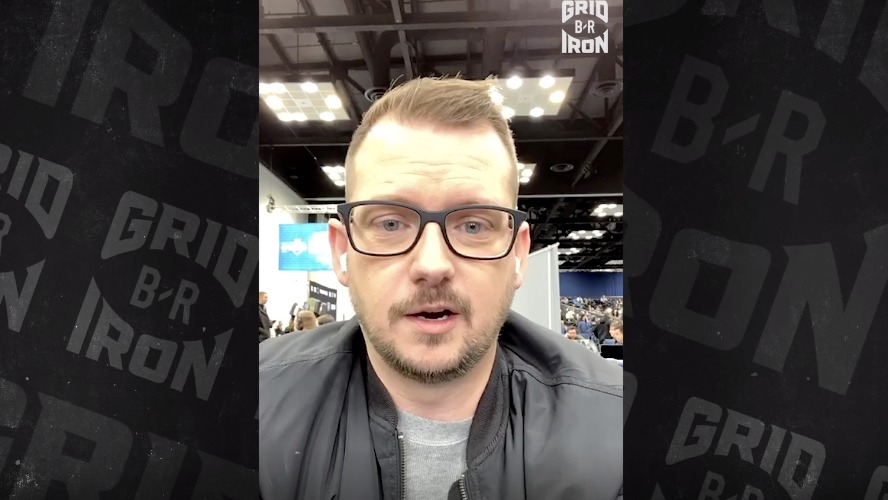 To place the number into context, only one linebacker, Shaquem Griffin (2018), has run faster than Simmons since the NFL began reporting official combine workout numbers in 2006. Griffin weighed 11 fewer pounds than the incoming prospect. Simmons then shut down the workout, a la Deion Sanders back in the day.

The NFL views Simmons as a linebacker despite not having a defined role at Clemson. According to NFL Network's Kimberly Jones during the telecast, teams were polled to determine Simmons' position grouping. Obviously, the majority voted for linebacker, though safety remains a possibility.

No player can match Simmons' skill set at so many different positions. The multipurpose defensive weapon can do nearly everything asked of him, as ESPN's Field Yates noted:

Simmons told Jones he's most comfortable at weak-side linebacker—which makes complete sense because the position allows an uber-athlete of his caliber to chase down opponents and make plays all over the field.

Watch him identify the ball, diagnose the play, chase the quarterback, close the gap and finish from the second level in this clip provided by The Athletic's Ted Nguyen:

Simmons goes from covering the RB to closing on the QB in a hurry https://t.co/lPAFUu1m7u

The burst seen above is often the difference between a negative play and not making the tackle. That explosiveness can be seen in his other testing numbers. Simmons finished in the top three among linebackers in his class with a 39-inch vertical jump and 11-foot broad jump. His lower half generates a lot of power and force. This applies not only to his overall speed but also how he explodes through blockers and ball-carriers.

For example, Simmons is quite effective when asked to rush the passer. A running back doesn't stand a chance with the amount of force Simmons generates:

Some of those #Clemson highlights from Isaiah Simmons after he clocked that wicked 4.39 40-yard dash. Needless to say, you can see the sick closing speed for a 6-3 238 pound linebacker/safety. Gotta believe the #Lions will give him a look at #3 overall. https://t.co/VvnG3YJcx4

The previous examples are of Simmons playing near the line of scrimmage. Yes, he excels in the aforementioned areas, but it's what he can do working in space at his size that's truly unique.

Whichever defensive coordinator is lucky enough to coach Simmons better be creative with their overall design and play-calling, because he'll be wasted if stuck at a singular position.

Today's NFL is a sub-package league. Defenses operate from nickel (two linebackers with an extra defensive back) the majority of the time. Simmons can be a linebacker in whatever squad's base defense and morph into the nickel defender without anyone coming off the field. This advantage is priceless.

Opponents with a heavy emphasis on tight ends within their schemes can be problematic because they present difficult matchups. Simmons is nearly as big and definitely faster than most tight ends. The offense brings out an extra receiver? No problem. Simmons can kick out and cover the slot. Want to use big nickel? No issues there, either. The reigning ACC Defensive Player of the Year can play the alley or line up at either safety spot.

The fact Simmons can play deep third and still make plays on the back end is nothing short of extraordinary.

A 6-foot-4, 230 pound man shouldn't have this range. But even on the field I didn't realize the ground Isaiah Simmons made up on the interception in the Fiesta Bowl https://t.co/28SXUGsPYh

But he can. He can work from the opposite hash, read the quarterback's eyes, drive on the ball and display the skills necessary to come down with an interception.

"I don't really have a favorite role," Simmons told reporters at the combine. "I like getting interceptions as much as I like getting sacks."

The biggest part of the transition will come down to the unanimous first-team All-American's ability to absorb information and translate it to on-field performance. It's a difficult task for any incoming rookie. The level of difficulty increases when trying to learn multiple positions.

"I believe anybody who can play defense for him can play defense anywhere," Simmons said of Clemson defensive coordinator Brent Venables, per USA Today's Nate Davis, "just for how complex it is and the demands that he puts on all of us. He honestly just prepares all of us for moments like this."

James is an apt comparison because the Chargers allow him to do a lot of the same things. Simmons is bigger and faster (at least in a straight line), but the blueprint is there to emulate and expand.

The Chargers do own the sixth overall pick in April's draft. A combination of Simmons and James will make coordinator Gus Bradley's defense the most unpredictable in the game. Though, the Chargers are likely focused on finding Philip Rivers' replacement instead of adding yet another defensive piece.

Simmons will almost certainly come into play with the fourth overall pick since the New York Giants need significant linebacker upgrades. He and Jabrill Peppers would form an interesting duo.

It's difficult to envision a scenario where the draft's most athletic defender slides beyond the first five or six picks because of his unique skill set and on-field excellence. He's everything an organization wants to offset a game now geared toward the offense and passing games.

"I think I can play in any scheme," he said, per Davis.

Ask not what Simmons can do for your team; ask what your team can do with Simmons.