Shams Charania of The Athletic and Stadium reported the news, noting the University of Houston product is expected to be fully healthy by the start of training camp.

This news comes in the early stages of an important offseason for the Knicks.

They are expected to pursue marquee names in a free-agent class that could include Kevin Durant, Kyrie Irving and Kawhi Leonard, among others, and have the No. 3 pick in the 2019 NBA draft following Tuesday’s lottery. While they almost surely won't have the chance to select Duke star Zion Williamson, they can use the selection to land an impact player or trade the rights to it as a valuable asset.

Dotson may not be particularly high on that priority chain, but it is welcome news he will be healthy for the 2019-20 campaign.

He is just 25 years old and proved he can shoot from three-point range during his second season. If the Knicks do sign someone the caliber of Durant or Irving, it will be important to surround them with players who can take advantage of the spacing created when defenders shift additional attention their way.

Dotson is someone who can do just that while serving as a versatile defender who can guard multiple positions. 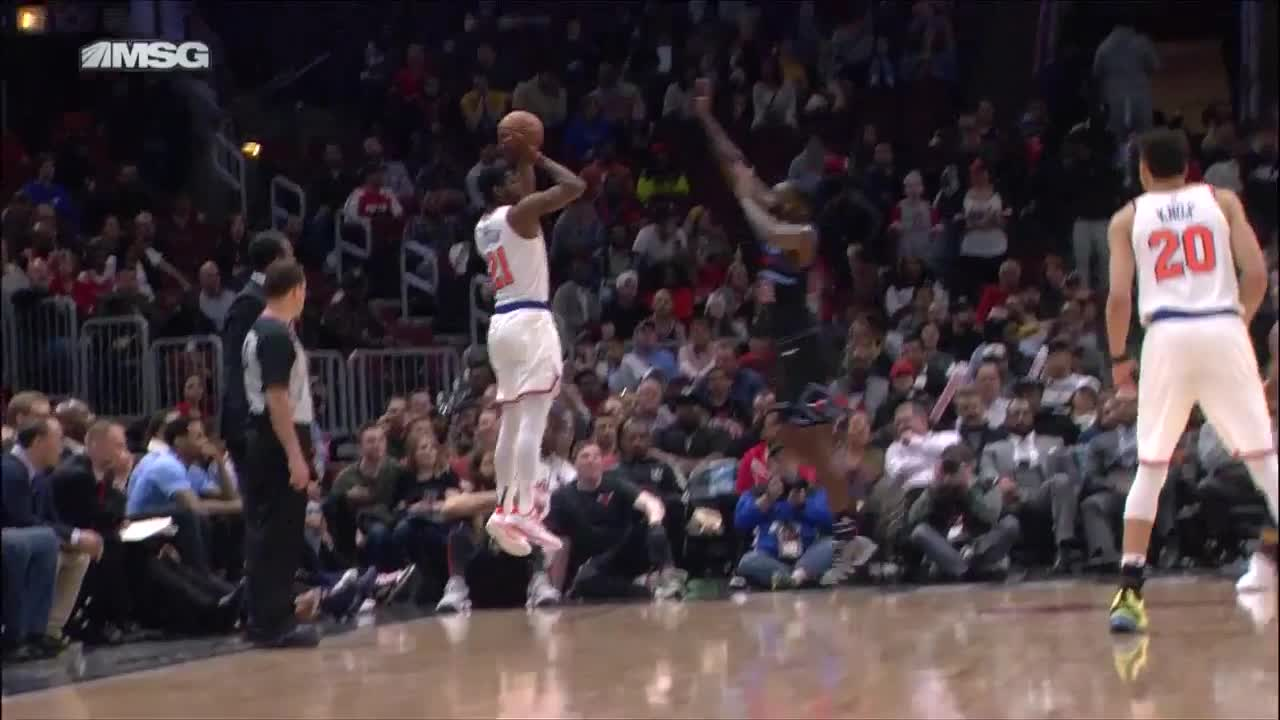