The 2019 NFL Pro Bowl is in the books, signaling the end of the 2018 season for teams other than the New England Patriots and Los Angeles Rams.

The AFC dominated the Pro Bowl 26-7, if you were curious.

What was interesting about the Pro Bowl this year is that six rookies—Saquon Barkley, Denzel Ward, Quenton Nelson, Leighton Vander Esch, Derwin James and Michael Dickson—appeared in the game. Running back Phillip Lindsay was also named to the game but was forced to withdraw because of injury.

This is a large number of rookies for the Pro Bowl, and it should give teams hope that they can find stars in the 2019 draft.

With this in mind, let's take a look at which future standouts could hear their names called in Round 1. Below is a first-round mock based on player potential and team needs, followed by some of the latest draft-related questions. 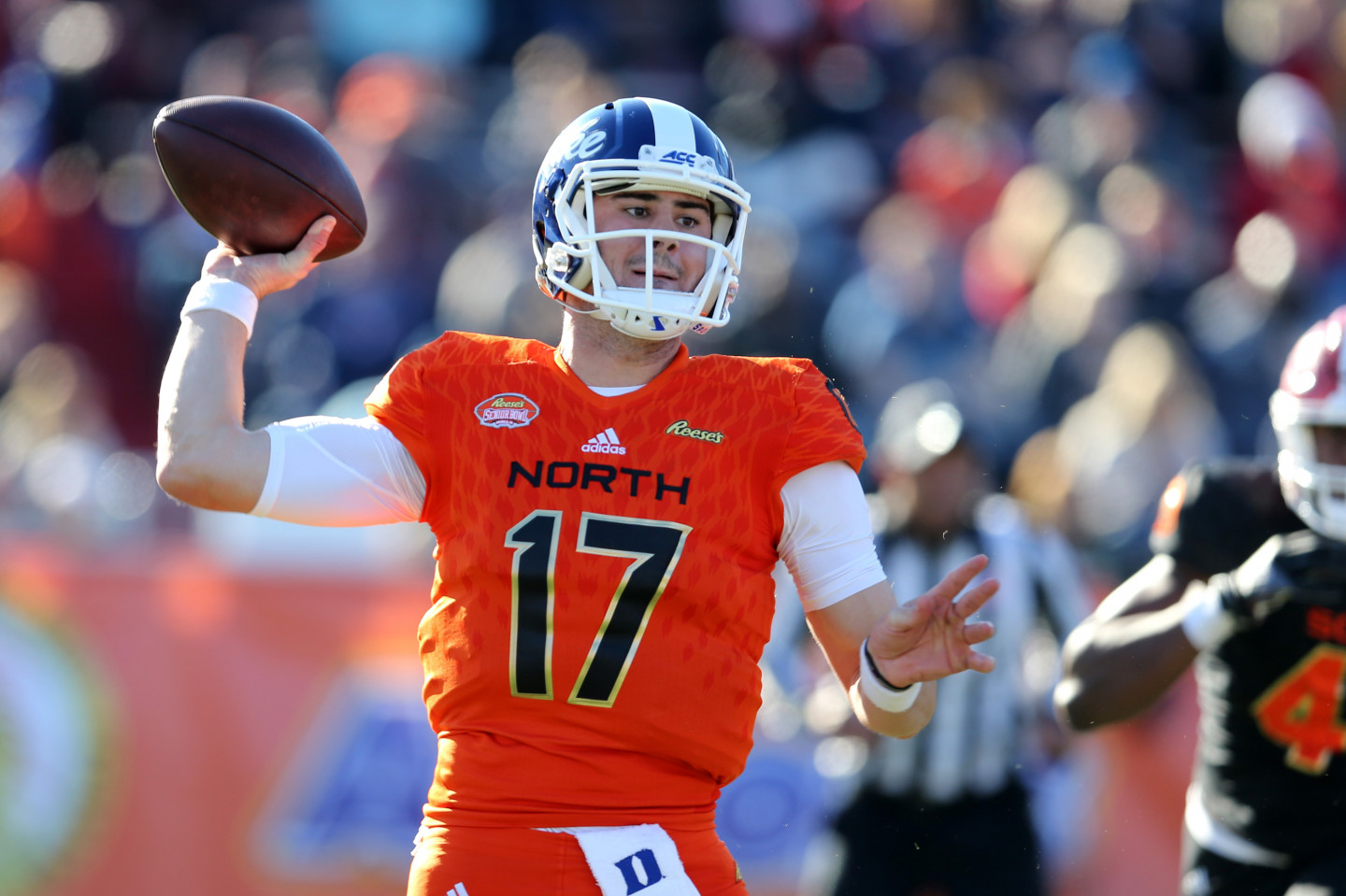 Raiders to Draft a Quarterback?

We aren't mocking a quarterback to the Oakland Raiders here because it isn't really a position of need. While Derek Carr may not be a truly elite signal-caller, he's better than average. He completed 68.9 percent of his passes and topped the 4,000-yard mark despite having few quality weapons around him.

Still, this doesn't mean the Raiders won't still draft a quarterback. Peter King of ProFootballTalk.com believes that Oakland could take a quarterback early and keep Carr on the roster for the immediate future.

"Lots of suspicion that Jon Gruden/Mike Mayock will take a quarterback high and NOT trade Derek Carr," King recently wrote. "As one personnel guy told me, the Kansas City model of having a young guy learn under a willing veteran as Patrick Mahomes had with Alex Smith could be tempting."

This isn't the most outlandish idea if the front office isn't sold on Carr. He has four years remaining on his current contract but just $7.5 million in fully guaranteed money. Only $5 million is guaranteed after the 2019 season.

The Raiders could draft a quarterback in Round 1, sit him for a year and then start him after moving to Las Vegas in 2020. If this is the plan, it would certainly shake up the first round.

Did Daniel Jones Do Enough in the Senior Bowl?

Former Duke quarterback Daniel Jones was trending as a potential first-round pick heading into the Senior Bowl. However, Jones did not perform well in Senior Bowl practices. He struggled with accuracy and ball placement, and he did nothing to ease concerns about his arm strength.

Daniel Jones doesn’t look like an NFL player. As a scout just texted me “he had a rough week”

Once the Senior Bowl actually kicked off on Saturday, though, Jones looked like a different quarterback. He finished an efficient 8-of-11 for 115 yards with two touchdowns—one rushing—and was named Senior Bowl MVP.

"There was a lot of pressure on him going into the game after an uneven week of practice, and I thought he rose to the occasion on Saturday," NFL Media's Daniel Jeremiah wrote of Jones.

It was obviously good to see Jones rebound with a strong performance. However, its entirely fair to wonder if it was good enough to make up for such a poor week and if Jones even deserves to be in the first-round conversation.

The scouting combine and Duke's pro day will be critical if Jones is going to fully flip the direction of his draft stock.

Can Drew Lock Challenge to be the Draft's Top QB?

While Jones had an uneven overall week in Mobile, Alabama, former Missouri signal-caller Drew Lock had a tremendous one. He stood out both in practices and during the game—he finished 9-of-14, 57 yards.

Lock, who could have entered last year's draft, has used the extra time to polish his game.

"I have absolutely zero regrets about coming back last year," Lock said, per Bleacher Report's Mike Tanier. "I needed to learn the things I did. I'm 10 times more prepared than I was the year before."

The question likely isn't whether Lock will be a first-round pick—he's one of the better options in an extremely weak class—the question is whether Lock can enter the conversation to be the first quarterback off the board.

Heisman runner-up and Ohio State product Dwayne Haskins appears to be the top guy right now, and according to Peter King of ProFootballTalk.com, there is buzz on Heisman-winner Kyler Murray "cracking the top 10."

Could this become a three-man race between Haskins, Murray and Lock? It's entirely possible, and it's a race worth following between now and April.