LOS ANGELES — The scene was familiar. The Los Angeles Dodgers hung their heads over the dugout railing as they watched the other team celebrate a World Series title on their home turf. This, after dropping the 2018 Fall Classic in five games to the Boston Red Sox.

They knew what to do. Slink down to the dugout steps. Pack up their stuff. Hug their teammates. Wish them a good offseason. Next year, some of them will be gone. There will be new faces mixing in, and this would be the last night the 2018 Dodgers gathered in their locker room. Together, in defeat.

"There's only one team that can win, and we know that, but it just hurts when you make it all the way and get second place," Clayton Kershaw said. "So having done that two years in a row now, it doesn't make it any easier."

The Dodgers head home for a second straight November, their hands empty once again. The last time they had an opportunity to raise a World Series title, they pushed the Houston Astros to a Game 7 on Nov. 1. They spent the summer ruminating on everything they could've done better to flip the script this year, to ensure they wouldn't let the opportunity slip away if they made it back.

The Red Sox plotted a different course and ripped any chance of a happy ending in Los Angeles away from the Dodgers, who were bullied throughout the five-game series by Boston's offense. The Dodgers looked overmatched.

Changes loom in Los Angeles. Clayton Kershaw, who would look like Spock on Tatooine in any other uniform, can opt out this offseason. Either way, as his velocity drops, so does his ability to match his reputation as the best pitcher of his generation.

Manny Machado, like Yu Darvish before him, came into Dodger Stadium like a Kardashian, causing controversy and drama for his team at nearly every turn before leaving behind a potential mess. And Dodgers fans booed manager Dave Roberts during the pregame introductions of Game 5, when his team still had a chance to earn its first World Series title since 1988.

"We've just got to go back out there, and I expect us to be back here next year, but celebrating on the field," Roberts said. "I think the culture, the players, as far as the large majority are in place."

For the L.A. manager, the "us" may turn into "them." The Dodgers now face the dilemma of whether they should renew Roberts, whose contract expired after Sunday night's season finale, with a team option for 2019 looming.

Decision after decision, night after night, Roberts made moves that swung momentum in favor of the city where he's a postseason hero. His performance in this World Series may have cost him any opportunity to do the same in Los Angeles.

He overmanaged his bullpen, relying on Ryan Madson—who let every inherited runner score in the World Series—instead of Pedro Baez, who often made appearances after things had already gotten out of hand. After the game, Roberts danced around a question regarding his future.

"[Picking up the option] hasn't happened yet, and I'm just kind of feeling for the guys in the clubhouse right now and feeling their pain, the coaches, and all of that stuff," Roberts said. "There's time for all of that stuff."

When the calendar flips to March 2019 and the Dodgers report to spring training, the clubhouse in Arizona may look drastically different. They could be without their ace, arguably their best position player and their manager.

The Dodgers halfway stumbled into this window—and into the World Series this year. They developed franchise cornerstones in Kershaw, Yasiel Puig and Walker Buehler, among many others, but in Justin Turner, Chris Taylor and Max Muncy, they found stars and contributors where nobody else could.

Throughout the season, the Dodgers treaded water, sitting in second and third place in the NL West before a late-season push netted them their sixth straight division title. These weren't the 104-win Dodgers from 2017, who won the most games since the franchise moved from Brooklyn after the 1957 season. The 2018 Dodgers didn't have enough.

Given the depleted bullpen—a product of the seven-hour, 20-minute Game 3 and the meltdown in Game 4—Kershaw did all he could to try to bring this series back to Boston. This wasn't the choking Kershaw we've seen in postseasons past, but it also wasn't the ace who never posted an ERA above 2.31 from 2013 through 2017. His future in Los Angeles is now in question.

"I know the future questions are obviously coming for myself," Kershaw said. "I don't want to take away from tonight and what everybody is feeling. I never want to put the focus on just me or anything like that. … It will be an eventful three days for me, and I'll try to figure it out."

In a series where Mookie Betts and J.D. Martinez looked to be shades of their MVP-candidate selves, Kershaw allowed two home runs to Boston's star sluggers to sap Los Angeles of any hope it could push this series to seven games.

And as their homers flew over the baby blue padded walls of Dodger Stadium, potentially, so too did Los Angeles' window at winning its first World Series in decades. Kershaw put his hands on his knees and looked up. Another year, another World Series strangled out of the Dodgers' grasp.

Again, they'd come so far, only to watch others dance and celebrate on their field. 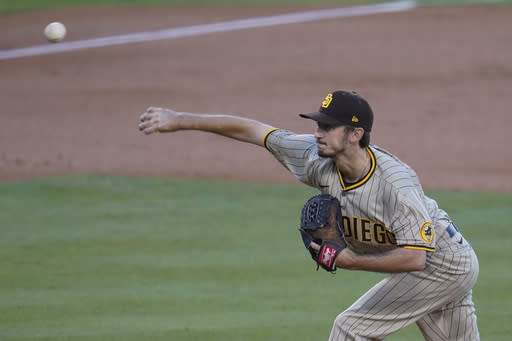 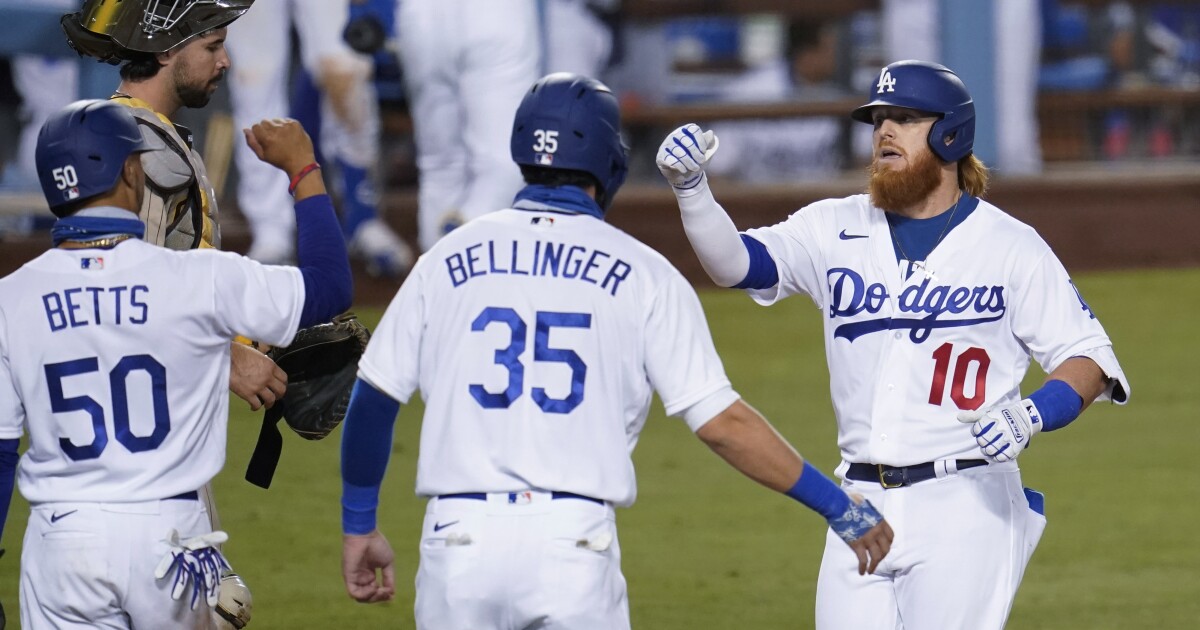