In an interview ahead of Thursday's game against the Philadelphia 76ers in London, Boston Celtics guard Jaylen Brown discussed racism in America.

When asked about the presence of racism by Donald McRae of the Guardian, Brown expressed his belief that President Donald Trump has been an enabler:

"Racism definitely exists across America today. Of course it's changed a lot—and my opportunities are far greater than they would have been 50 years ago. So some people think racism has dissipated or no longer exists. But it's hidden in more strategic places. You have less people coming to your face and telling you certain things. But Trump has made it a lot more acceptable for racists to speak their minds."

Brown also talked about the many occasions when he was faced with racism during his upbringing in Marietta, Georgia.

Brown, who attended the University of California, Berkeley made mention of the notion that there is underlying racism embedded in the educational system as well.

He acknowledged that his basketball skills aided in him rising to where he is now, while others haven't been so fortunate.

Along with praising former San Francisco 49ers quarterback Colin Kaepernick for his peaceful protest against social injustice in America, Brown questioned Trump's credentials, saying, "I just think Trump's character and some of his values makes him unfit to lead. For someone like him to be president, and in charge of our troops? It's scary to be honest."

Specifically, Brown pointed toward Trump's Twitter feud with LaVar Ball regarding the detainment of LiAngelo Ball for shoplifting in China as an example of why he has issues with Trump as president.

After a quiet rookie season, Brown has burst onto the scene for the new-look Celtics thus far in 2017-18.

The No. 3 overall pick in the 2016 NBA draft is second on the team in scoring with 14.1 points per game while also averaging 5.7 rebounds and 1.3 assists.

Thanks to the improvement of Brown, as well as the drafting of Jayson Tatum and acquisition of Kyrie Irving, Boston is currently first in the Eastern Conference with a record of 33-10. 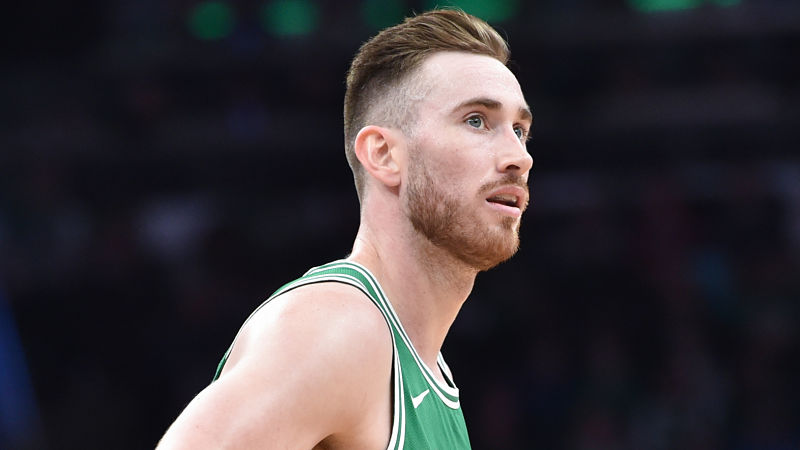 'This Can’t Be Real': Celtics' Players, Past and Present, React to Kobe's Death

'This Can’t Be Real': Celtics' Players, Past and Present, React to Kobe's Death