Houston Rockets star James Harden has reportedly been sued by Moses Malone Jr., who is the son of NBA legend Moses Malone.

On Monday, Isiah Carey of Fox 26 in Houston reported Malone Jr. filed a suit which "alleges Harden paid a group of people $20,000 in cash to attack and rob Malone at V-Live strip club last year."

The suit says Harden was upset Malone Jr. criticized the Rockets guard's decision to charge children for a basketball camp and responded by orchestrating the robbery.

Harden's lawyer, Rusty Hardin, said, "I am in Boston for depositions so I haven't seen the petition, but I have previously discussed Moses' allegations with James and others, and I am totally comfortable that the allegations are untrue," per Carey. "Unfortunately, I am afraid this is just another example of people shopping for a deep pocket when they find that the people actually responsible have no money."

Marla Carter of ABC 13 in Houston reported in July 2016 police charged four men with aggravated robbery with a deadly weapon from the incident. According to Carter, Malone Jr. said he was robbed of $15,000 in jewelry.

William Axford of the Houston Chronicle cited court documents in 2016 which said one of the attackers told Malone he "disrespected James Harden and that he needs to be punished after that." 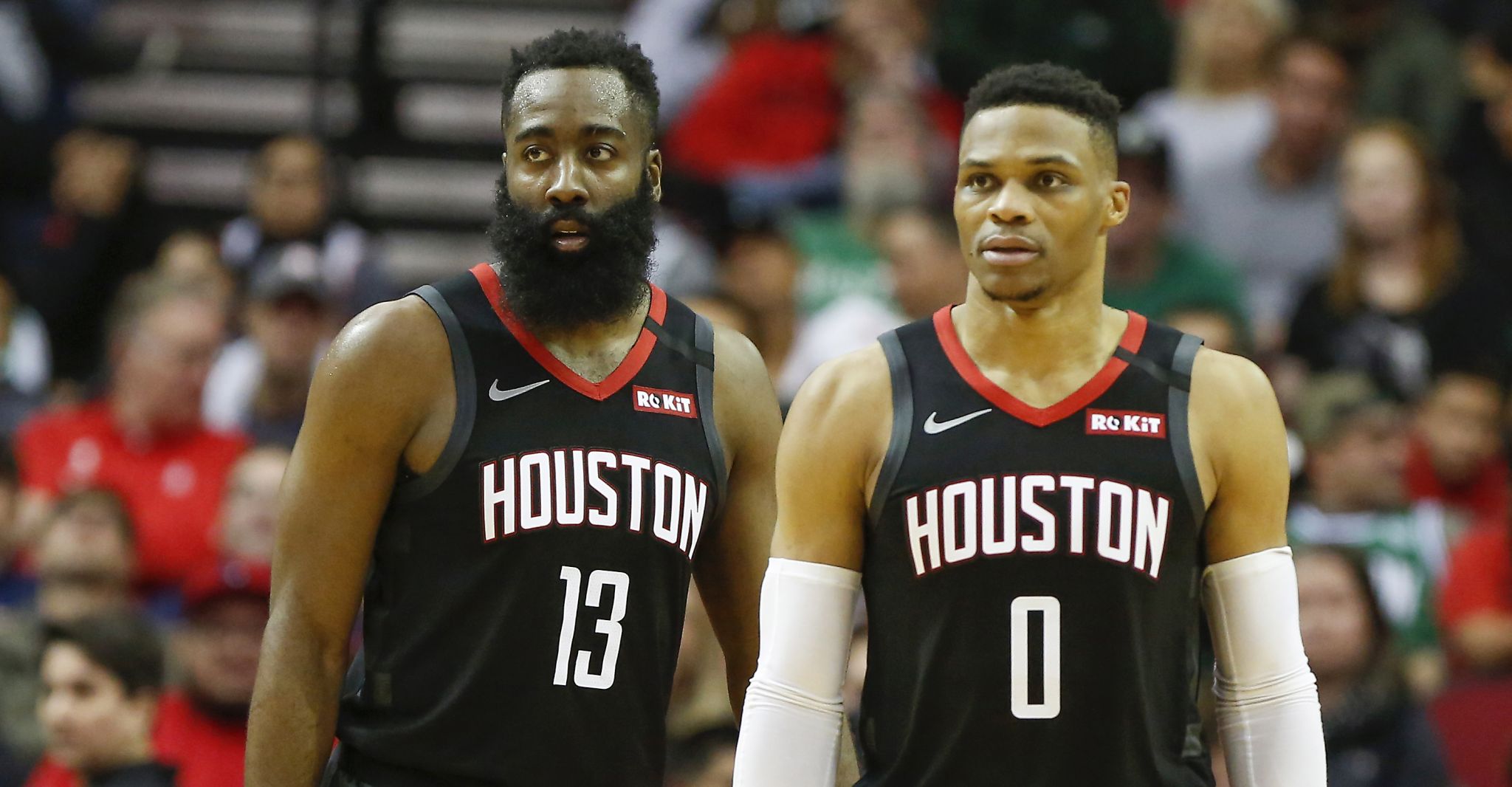 He'll be out Monday vs. Hawks

The Legend of Mambacita 🙏🐍

The Legend of Mambacita 🙏🐍

Westbrook Says 'We're the Only Team That's in Our Way'

Westbrook Says 'We're the Only Team That's in Our Way'