The Ohio State Buckeyes didn't take it easy on the Bowling Green Falcons on Saturday. In a 77-10 home victory, the Buckeyes gained a school-record 776 yards, per the team's Twitter account.

While the team is ranked in the Top Five of both the Associated Press Top 25 and Amway Coaches Poll, plenty of questions hovered over Ohio State coming into the season. Only six starters are back from last year, the fewest in the country.

The Buckeyes quieted the skeptics somewhat, with J.T. Barrett throwing for 349 yards and six touchdowns. The running game didn't miss a beat without Ezekiel Elliott, either. Mike Weber led the team with 136 yards on 19 carries, while Curtis Samuel gained 84 yards on 13 carries.

PFF College Football provided a succinct summary of the game:

Beating Bowling Green by 67 points was a nice statement by Ohio State in its first game, but the Buckeyes' first major test will come on the road against the Oklahoma Sooners on Sept. 17.

If anything, the Sooners will be more dangerous following their 33-23 loss to the Houston Cougars. A win over Ohio State is now a necessity if Oklahoma wants any chance of getting into the College Football Playoff, so Bob Stoops' team has everything to play for.

That matchup in Norman, Oklahoma, will also reveal Ohio State is a genuine playoff contender following so much roster turnover. 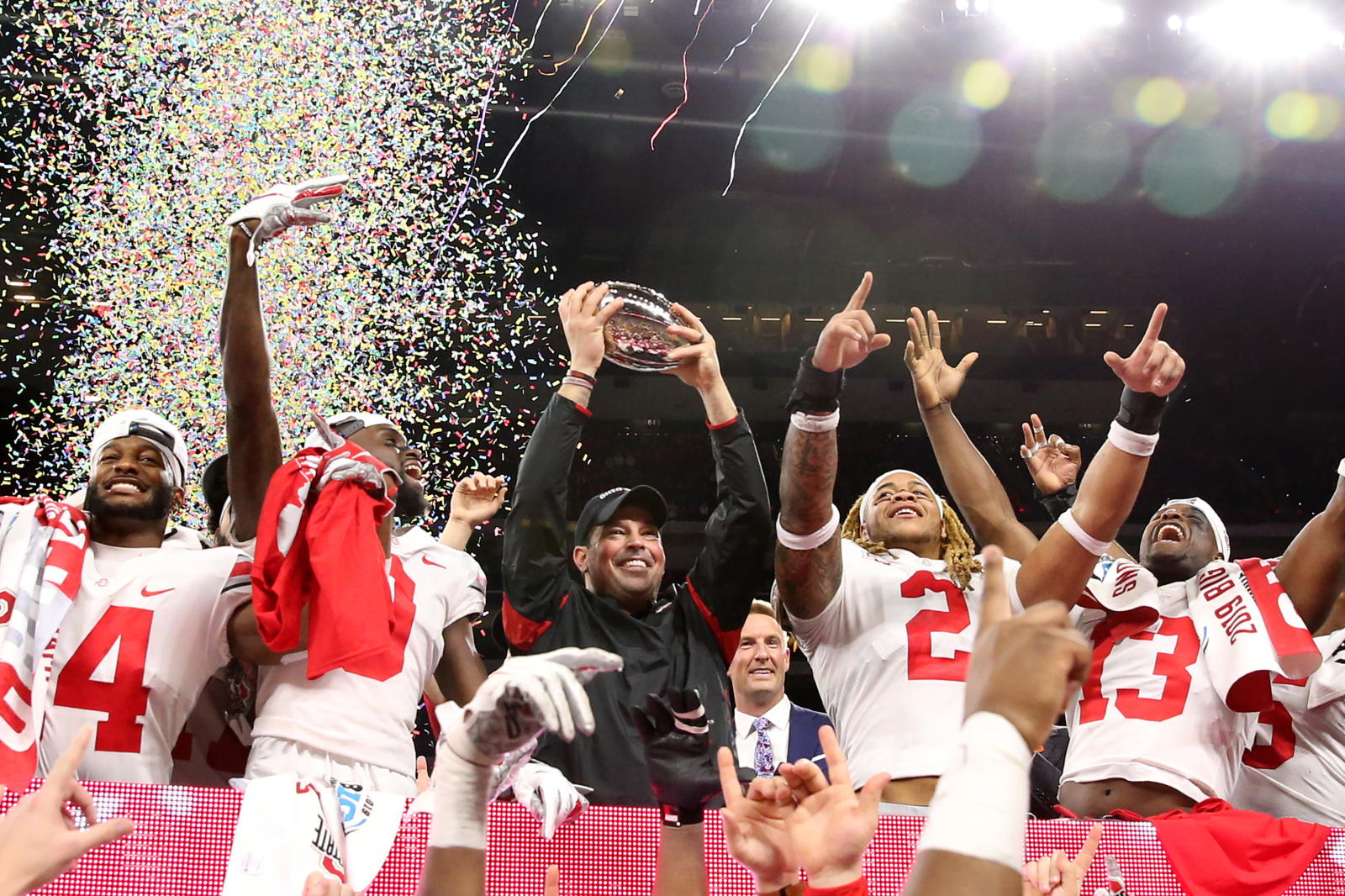