NEW YORK — One by one, these hitters who make up the relentless Kansas City Royals lineup are reducing this game to its smallest common denominator.

"You can't get hits unless you put the ball in play," third baseman Mike Moustakas said following the Royals' 7-1 Game 2 rout of the New York Mets late Wednesday night, which gave Kansas City a 2-0 lead as this World Series heads back to Queens.

No truer words were ever spoken.

The Royals are winning in a completely different way than the dominant New York Yankees of 1998 to 2000 and the Boston Red Sox of 2004. Those beastly champions worked hard at driving the rival starting pitcher out of the game by grinding out at-bats and running up pitch counts.

Their goal was to exhaust the poor starter by midgame and then expose the soft spots in their opponent's bullpen.

Kansas City's approach behind Moustakas, Alcides Escobar, Eric Hosmer and Co. could not be more different.

And in case the Mets thought the Royals were kidding by, say, Escobar's penchant for swinging at first pitch fastballs, well, whoops. When he ripped Matt Harvey's first-pitch fastball for an inside-the-park home run to start Game 1, the only questions were how and why Harvey delivered exactly what everyone in the baseball world knew Escobar was looking for.

"I'm going to continue to be aggressive," Escobar said after delivering a triple in Game 2.

With the Royals having built a lineup with no weak links, every inning starts out as a potential rally. They are like kids at a birthday party taking whack after whack at a pinata. Maybe it is the next whack that will make the candy fall out.

"We definitely like to swing early in the count," Hosmer said. "I think we have good game plans going in."

He noted that the American League Central Division has several hard throwers, such as Cleveland's Corey Kluber, Detroit's Justin Verlander and the Chicago White Sox's Chris Sale, which helps the Royals stay tuned up. He praised hitting coach Dale Sveum's aggressive philosophy, which encourages the Royals to stay coiled and ready.

"All of that makes for a good fastball-hitting team," Hosmer said.

But while it is one thing to be aggressive, it is quite another to pull that off while remaining a not good but great contact-hitting team from top to bottom.

The Royals struck out less than any other team in the majors this season, just 973 times. The Royals, in fact, were the only team to finish with fewer than 1,000 strikeouts.

This is what Jacob deGrom, the hottest pitcher going this October, ran into in Game 2.

Here's why the Kansas City Royals are great https://t.co/fHbcs2gCBv

In obtaining only three swings-and-misses, deGrom had his lowest total of the season. He reached several two-strike counts but finished with just two strikeouts.

Whatever he threw, and deGrom has four above-average pitches in his quiver, he could not put the Royals away.

"As a hitter, if you can spoil a pitcher's pitch and fight it off and do that until they make a mistake, then you [can] try to do damage on it," Hosmer said. "It can definitely get frustrating as a pitcher, especially if you're hitting spots and guys aren't budging and they're not swinging at a curveball down that goes in the dirt or fighting your curveball up that's in a money spot.

"I think the approach of a good hitter is to foul off pitchers' pitches until they make a mistake."

As the beleaguered Mets are seeing, Kansas City has a lineup stocked with good hitters.

Those four seasons are the only times since the advent of the AL in 1901 that team strikeouts per game were at 7.0 or higher.

"Playing in this big ballpark (Kauffman Stadium) we've had to do some things, had to change our swings a little bit," Moustakas said. "Not trying to go up top all the time [at high pitches, attempting to hit them a long ways], just trying to get base hits and make solid contact.

"Our motto in this clubhouse has always been keep the line moving, and we do a pretty good job of that by getting the next guy up."

Center fielder Lorenzo Cain said: "We're not afraid to hit with two strikes. A lot of guys cut their swings down to put the ball in play, and see what happens.

"We'd rather put it in play because a lot of [our] guys can run, and you never know…"

Still stung by their Game 7 loss to San Francisco in last year's World Series and chapped that the highly respected Baseball Prospectus projected them to go 72-90 this season, the Royals set out from their first workout this spring to do some damage. Not just intent on proving they were no one-hit wonder, the Royals envisioned all spring and summer returning to exactly where they are now.

They are a no-nonsense team that is all about results. Ben Zobrist learned that as soon as he stepped into the clubhouse after the Royals acquired him from Oakland in July.

The Royals and Athletics waged an ugly, three-day brawl in Kansas City in April, and though Zobrist did not instigate it and was not in the middle of it, things could have been really awkward when he landed in Kansas City.

"Not really," Zobrist said. "I talked to [Kansas City closer] Wade Davis about it a little bit because Wade is a former teammate in Tampa Bay, and he said as ugly as some of that was early in the season, it kind of brought the team together. It kind of made them become more of a team.

"For me, nobody ever made me feel uncomfortable about that situation. We just kind of laughed about it and that was it."

Laughed, and then went out to hit, of course.

Keep the line moving, they say. And they are.

On the ropes against Houston in the division series, a Royals team that trailed in each of the five games roared back to win.

Against Toronto in the championship series, same approach.

"We've won the same way every time," said veteran Jonny Gomes, who is not on the playoff roster after being acquired from Atlanta in August. "That being said, it's not a fluke." 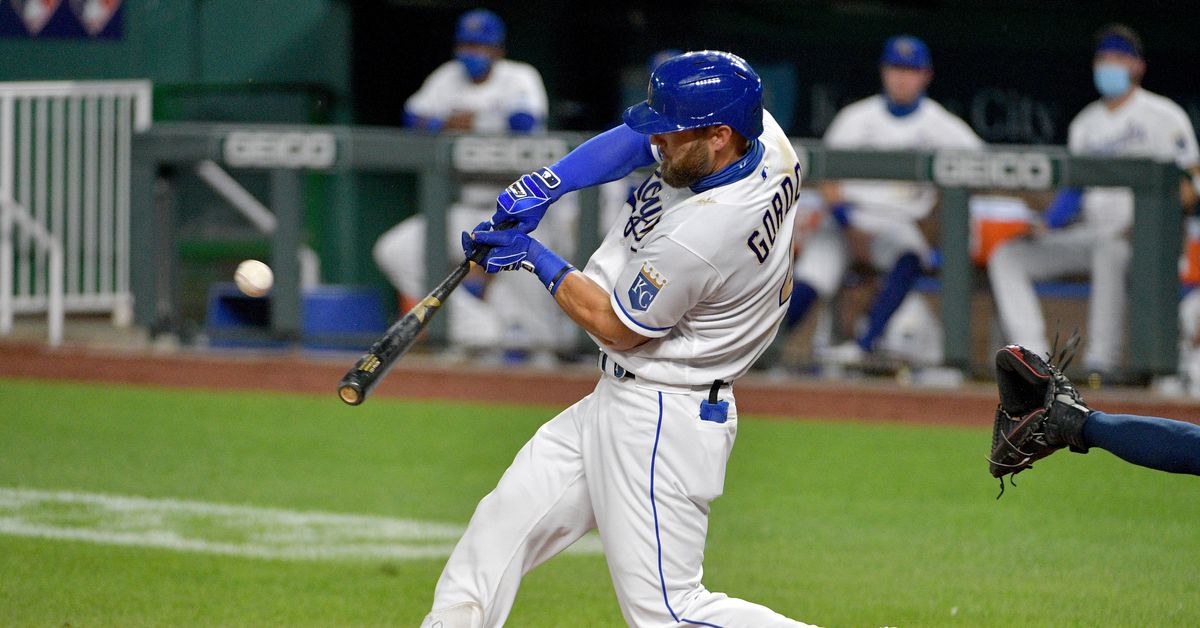 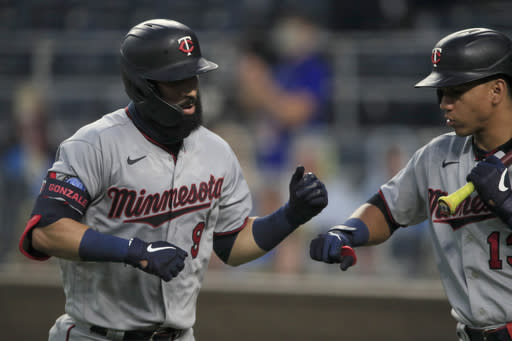