Serena Williams is making a strong case for being named greatest woman's tennis player of all time. In fact, her accomplishments are so impressive, it's time to move away from tennis and ask, is Williams the most dominant American athlete today?

Seriously, who else, male or female, is rolling up records, hauling off trophies and beating down opponents the way Williams has over the past two to three years? What other American athlete is dominating a sport the way Williams rules tennis?

Last year, after Williams won the 2014 U.S. Open, The New Yorker published an article by Ian Crouch, who wrote that Williams was the greatest American athlete, male or female:

Sorry, LeBron. Sorry, Tiger. Sorry, Derek. For fifteen years, over two generations of tennis, Williams has been a spectacular and constant yet oddly uncherished national treasure. She is wealthy and famous, but it seems that she should be more famous, the most famous. Anyone who likes sports should love Williams’s dazzling combination of talent, persistence, style, unpredictability, poise, and outsized, heart-on-her-sleeve flaws.

Williams may well be the greatest American athlete. But "greatest" is vague and subjective. Dominance is quantifiable and easier to define.

Dominance also encompasses more than a superior win-loss record. It's about more than topping lists of stats. The most dominant athletes overpower opponents. They reign above all others in talent, ratings and impact on a sport.

To qualify as the most dominant American athlete today, the person has to at least dominate their sport.

LeBron James during game six of the 2015 NBA Finals. James is 2-4 in finals.Tony Dejak/Associated Press

She became the oldest woman to hold the No. 1 ranking, more than two years ago. She's won the last three Grand Slams and is 32-1 this season.

Williams will seek her 21st Grand Slam title at Wimbledon. Over her career, she's held the No. 1 spot for 245 weeks. The closest active player is Caroline Wozniacki, who held down the No. 1 ranking for 67 weeks.

Araton wrote that "if there is one athlete who is incontestably comparable to James in terms of physicality and—just as important—competitive willpower, it would have to be the recently crowned French Open champion Serena Williams."

It's sometimes difficult to compare athletes who play individual sports with those who lead teams.

Among athletes playing team sports, James, Tom Brady, J.J. Watt and Clayton Kershaw have been the most dominate Americans of late.

Kershaw, a three-time Cy Young award winner for the Los Angeles Dodgers, had one of the most dominant seasons in Major League Baseball history last year. Dude went out to the mound and just shut teams down.

There was that awful Game 1 outing in the NLDS last year. Then, Kershaw became the first Dodgers pitcher to drop four straight postseason starts. He has also struggled recently—giving up four runs, including a two-run homer to the Texas Rangers. Yet Kershaw continues to lead the league in strikeouts. Although it's early in the season, Kershaw's dominance is in doubt. Heck, we could probably make a better case for Madison Bumgarner right now.

The NFL Defensive Player of the Year, Houston Texans' J.J. Watt, performed like a one-man wrecking crew in 2014. He recorded 20.5 sacks and even played on offense. Of course, one man, even as talented and overpowering as Watt, can't carry a team to a championship title. But Watt couldn't even get the Texans to the playoffs.

Two players who continuously haul their team's on their backs are Brady and James. Brady led the New England Patriots to a fourth Super Bowl victory. James took the All-Star-depleted Cleveland Cavaliers to the NBA Finals.

However, James was far more dominant in basketball than Brady was in football. Brady finished last season 10th in passing yards, ninth in completions, fifth in touchdown passes and fifth in passer rating. Brady is not even dominating his position. Among athletes playing team sports, James is the most dominant.

Phelps, winner of 18 Olympic gold medals, is among one of the most dominant athletes in sports history. But Phelps is struggling to get back to his winning ways after trying to cope with alcohol addition. He certainly no longer dominating swimming.

If this were the end of 2013, Johnson could have made a strong case for most dominant American athlete. He was coming off his sixth Sprint Cup Series championship. However, in 2014, Johnson failed to record a win in the first 11 races. He's off to a good start this season and is just two wins away from besting Dale Earnhardt for seventh on the all-time wins (76) list.

Mayweather, the highest-paid athlete, is 48-0. Can you get more dominant than undefeated?

Yes. Unlike Mayweather, Williams and Johnson go out against the best on a regular basis. They can't dodge top competitors at will. Mayweather's dance around competition colors his dominance. His lackluster performance against an injured Manny Pacquiao was enough for him to retain the title. But nothing about that fight said "dominance."

Mayweather outperforms everyone in the ability to bring the bling. But a boxer who spends more time taking selfies with his money than fighting in the ring can't be the most dominant American athlete today.

When it comes to individual athletes, "Rowdy" Ronda Rousey is more dominant than Mayweather. At 11-0, Rousey is the biggest name in women's MMA. Aware that her detractors consider her claim to fame more marketing than martial arts driven, Rousey told Rolling Stone magazine that fighting comes first:

I'm first and foremost a fighter. No one would give a damn about how I look if I wasn't. When I was bartending, you know what my looks got me? Tips. You know how many magazine covers I was on? Zero. There are prettier models out there, there are better actresses out there, but there are no better fighters out there.

Still, the status of female MMA clouds Rousey's rank among most dominant athletes. Female MMA as a professional sport has only been around a little more than a decade. Williams has rackets older than Rousey's career. Most of the fighters come from the U.S. or Japan. Participation lacks the global reach of tennis, soccer and basketball.

Although Rousey clearly dominates the sport, women's MMA is so niche and too new.

That brings us back to James and Williams as the two most dominant American athletes today. The case can be made for James in that he's so dominant that he took the talent-lacking Cavs to the NBA Finals. James averaged 30.1 points, 11.3 rebounds and 8.5 assists in the postseason. His stats were so mind-boggling that members of the media lobbied for him to win the MVP despite his team's loss.

Steph Curry won the regular-season MVP, and Andre Iguodala won the NBA Finals MVP. But everybody knows James is the best basketball player in the world. If you didn't, he told you so.

Williams edges James in championship play. James is 2-4 in NBA finals. Anyone who watched the 2013 NBA Finals knows James is one Ray Allen miraculous shot from being 1-5 in championship series. Allen's three-pointer to send that Game 6 to overtime was so huge that people forget he got the shot after James missed his three-point attempt.

No matter how you toss up his numbers or debate how his stacks up to Michael Jordan, there's no getting around how James comes up short in championship play.

The knock against Williams is the perceived weaker era in which she plays. Williams' career began at the end of the Steffi Graf era. The "Serena Era" includes Jennifer Capriati, Amelie Mauresmo, Lindsay Davenport, Justine Henin, Martina Hingis, Venus Williams, Maria Sharapova, Li Na and Kim Clijsters. All of those women are already in or are headed to the Hall of Fame.

Williams has a winning record against them all.

Hingis, the same age as Venus Williams, continues to compete in doubles on the WTA tour. This year, Hingis attempted to come back in singles in Fed Cup play. Agnieszka Radwanska defeated her, 6-4, 6-0. Hingis lost to No. 114 Urszula Radwanska, 4-6, 7-6, 6-1. If the current crop of players are so much weaker, then why is Hingis 0-2 in singles and sticking to doubles?

Williams can only play the opponents on the schedule. Right now, she's dominating them. Going into the French Open, Williams was 65-7 against the current Top 10.

The most dominant players are at their best when it counts. Williams' best outperforms James when a championship is on the line. She is 20-4 in Slam finals. Two of those losses were to her sister.

Williams has dominated her opponents for far longer than Rousey. She's higher on the current and all-time records lists than Brady. She's won more prize money than any woman in the history of sports. So like Mayweather, she's got cash to count. She's out-paced the competition more convincingly than Johnson. Like Phelps, she's got Olympic gold medals. Williams is 3-0 in the last three Slam finals. James is 1-2 in his last three NBA finals.

Williams is the most dominant American athlete today. 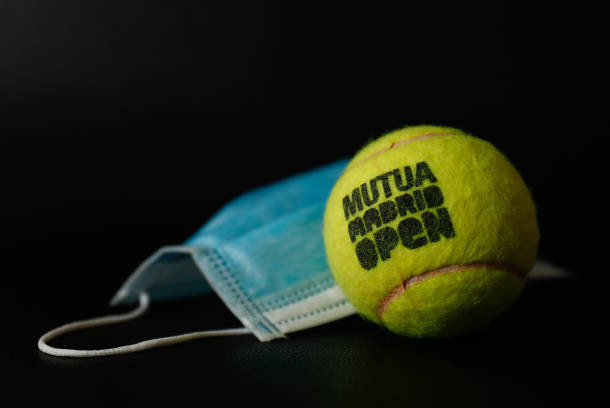