In the wake of Duke's latest loss most of the Blue Devil faithful are scratching their heads wondering, "What now?"

After all, this was a much better Duke team, much more confident, and they surely were suppose to beat Richmond.

All signs leading up to the game were pointing to a Duke win but a funny thing happened; Richmond came in ready to play and Duke appeared to have not.

The answer to the "what now" question is simple: Forget about the hype and the bowl talk and get to work on establishing winning as a habit.

That was a painfully difficult lesson that Duke should have taken from Saturday night's game. There was so much hype and talk about bowls that it appeared that the players were just waiting for the game to shift in their favor.

The problem is it never did and in football it never will, you have to take and earn your wins.

It isn't that the players didn't play hard, it just appeared that the Duke was not mentally prepared. Coach David Cutcliffe even suggested as much in his post game press conference.

Physically Duke looked ready to play, but 90 percent of football is mental the hardest part to learn, and Duke didn't have it against Richmond.

They can consider their first lesson a success. No one, especially a defending national champion will just expect to lose to Duke.

If Duke really wants to play in bowl games then first things first; you have to win those games you should and with all due respect to the Spiders, the Blue Devils should have won Saturday night.

So all the talk about bowls and being a team worthy of respect needs to go right in the trash. Duke has a lot of self generated hype to live up to and the only way to do that is to start to show it on the field.

Fans were quickly dismissing the rest of the season on message boards as a loss. That is merely a sign of a fan base who has become disillusioned with a football program devoid of few signs of success.

Those same fans were chomping at the bit for Saturday night to get here and the crushing disappointment of the loss has simply, for some, been too much to bear.

It is the old drinking the Kool-Aid syndrome. Fans are feeling jilted, because they honestly believed this was Duke's year and are upset that the allowed themselves to do so.

Now that talk of bowl games pretty much is a dead issue, the best thing that Duke players can do now is get back to work.

Ignore the media, ignore the fans, ignore some know it all blogger who tries to prognosticate what the loss means for Duke Football from this point on, and focus on what it will take to win.

Duke posted one, if not the largest home crowd in recent memory. More than 33,000 turned out to see Duke kick off the season.

If the Blue Devils want to see that again they will need to start winning. That starts with preparation for the Army game next Saturday.

If Duke can go to Army and come out with a win then they can forget about the loss to Richmond and gets some momentum for the rest of the season.

However, it won't be easy and few will expect much from the Blue Devils. That is when they will need to prove to their doubters that this truly isn't the same old Duke.

That takes wins and this team is still learning how to earn them. 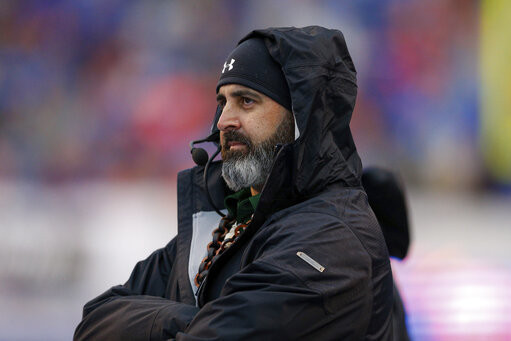